In the early days of Carson City, the north end of town was kind of sleepy and still had a rural feel. We’ve looked previously at places like Winnie Lane and the Frontier Motel and seen how locations that today are considered the core of the city used to be on the outskirts. At one point, even William Street was kind of considered the northern edge of the city, and there wasn’t much beyond that. It was one block past William Street, at the corner of Carson and John streets, that a house was built in 1864. Built in the Second Empire style, with a Mansard roof and dormer windows, this elegant home became known as the Murphy House (or at least that’s what I’ll be calling it). Judge Michael A. Murphy lived here in the 1890s, and later this was the home of Frank E. Murphy. Frank worked for the Virginia and Truckee Railroad for many years, and became Vice President and General Manager of the railroad in the 1920s.

Most of the homes along North Carson Street were torn down over the decades as the city’s commercial center marched north. What used to be a residential neighborhood became a neighborhood of shops, motels, restaurants and gas stations. Hwy 395 (Carson Street) and Hwy 50 (William Street) became major thoroughfares for traveling through this part of the country, and the two intersected just a block away from the Murphy House. But through it all the house survived. Somehow the Murphy House managed to become one of only a handful of houses along Carson Street that escaped demolition by changing their purpose. The Foreman-Roberts House, just a couple of blocks away, became a museum. And the Murphy House survived by becoming a retail establishment. 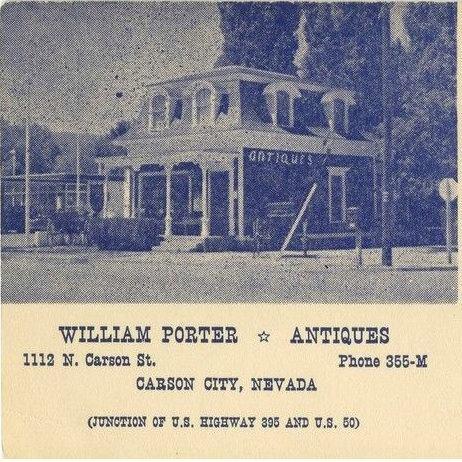 In the mid 20th century, the house housed Porter’s Antiques. 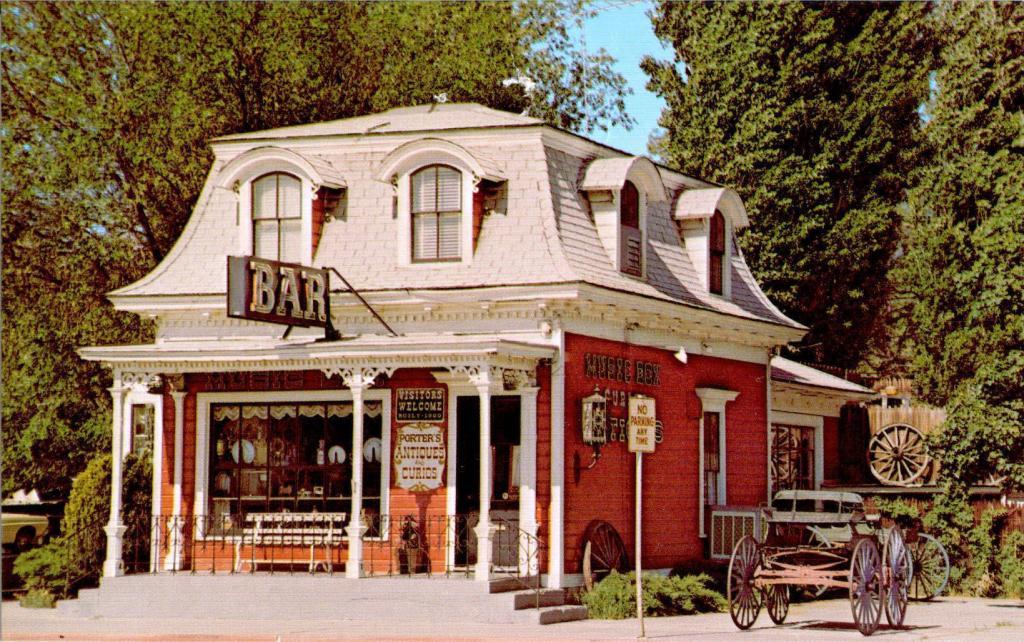 For a time it was also known as the Music Box.

The most prominent tenant of the Murphy House, however, has been Adele’s Restaurant. Opened in 1977 by Paul and Adele Abowd, this restaurant has been a staple of Carson City for over four decades. Considered one of the city’s fine dining establishments, Adele’s was furnished inside like it was still a home. A warm, inviting atmosphere, a bar and lounge in addition to dining rooms, antique furniture and decor sprinkled throughout. The building was greatly expanded with new wings on both sides and in the back, but the original home still recognizably remains at the center of the structure. Paul and Adele’s son Charlie and his wife Karen bought the business from his parents in the 1990s and have kept it going ever since. Charlie has talked about retiring, but wants to find just the right buyer to pass the house and the business on to before that will happen.

The Murphy House faced its biggest challenge on March 28, 2019. Early that morning a fire started in a back room of the restaurant, and wasn’t discovered for several hours. The flames, fortunately, were isolated to the one room and the fire department was able to knock them down quickly. The true damage, however, wasn’t discovered until further inspection was done. While the fire smoldered, the smoke permeated every room in the house. It soaked into the antique furniture and decor. It coated the walls and ceilings. It ruined the kitchen appliances and the carpeting. Because of the smoke damage, the building will have to be completely gutted and the entire interior rebuilt and redecorated. Adele’s will be closed several months while this work is done.

But the good news is, the bones of the structure are still fine. The building itself was undamaged in the fire, and although there is a lot of work to be done to rehabilitate it, the building will make a full recovery. In fact, this renovation should leave the house in even better shape than it was before the fire, ready for many more decades of life. The Murphy House is 155 years old, older than many of the other historic homes in town. And it is going to continue to grace Carson City for a long time to come.

Update: The insurance company didn’t come through with enough money to repair the fire damage. The Abowds sold the property as is, and the gas station next door bought it for the land. The Historic Society tried to raise money to have the building moved to save it, but the fundraising came up short. The Murphy House was demolished in April 2020.

Here is another view of the home from the 1890s, when Judge Murphy lived there. A close look at the 1875 Bird’s Eye map of Carson City shows the Murphy House at the corner of Carson and John.

Located just a couple of blocks away, the Belknap House is built in the same Second Empire style and is virtually a clone of the Murphy House. This one is still used as a residence.