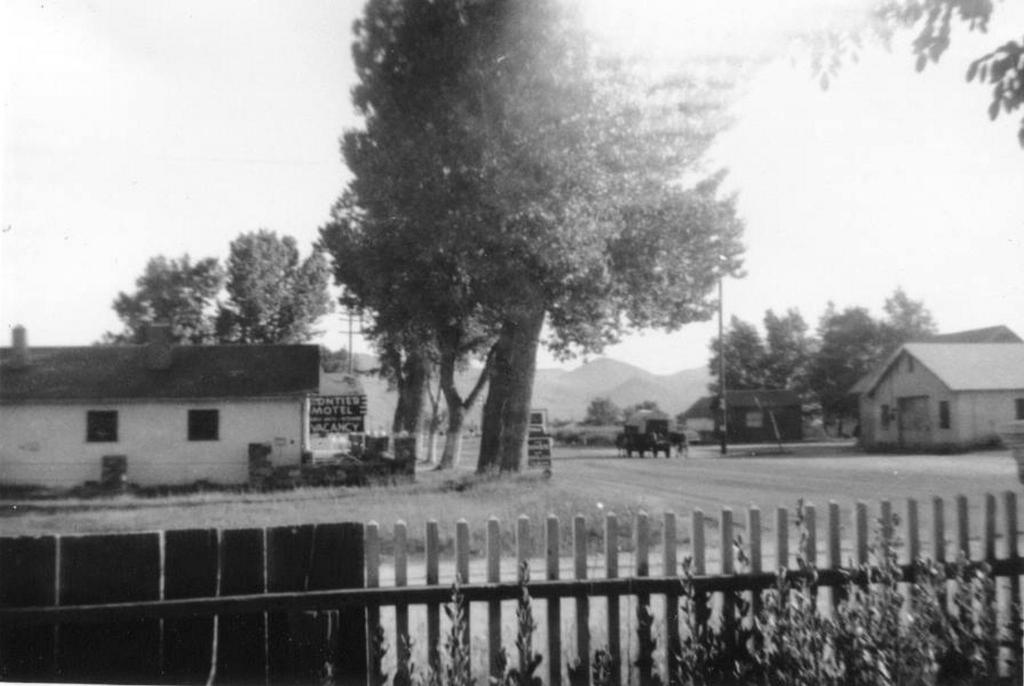 This very sleepy view of Carson City in the 1940s or 50s looks north along Carson Street, at the Frontier Motel. The cross street in the foreground is Adaline. North Carson during this time was made up mostly of houses and motels, and you can see the Frontier Motel on the left. Across the street are a couple of outbuildings, and beyond that are empty fields. Large trees line the front of the Frontier Motel, giving it a peaceful, shady look. 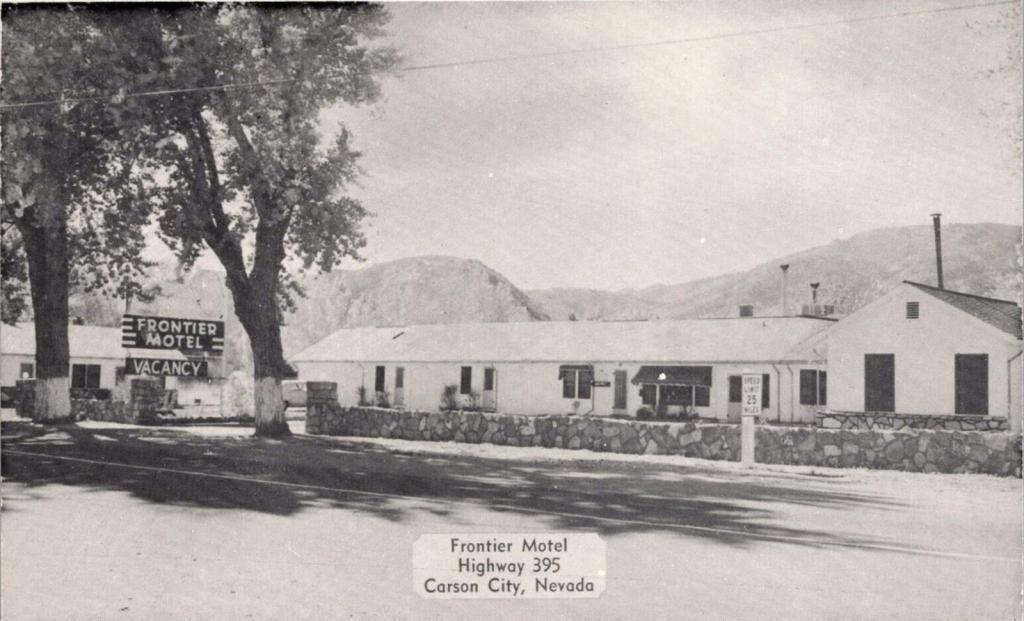 The Frontier Motel was one of the earliest motels in Carson City. I don’t have a date that it was built, but it has sat at 1718 North Carson Street for decades. Early postcards advertised the motel as being “on the edge of town”, and as you can see from the first picture, it really was true. There were other motels along this stretch of road, like Dorothy’s Auto Court, the El Ranch-Otel, Carson Motor Lodge, and the DeLuxe Motel. All of them catered to travellers who were on their way to or from Reno, or just passing through Nevada on the Three Flags Highway. 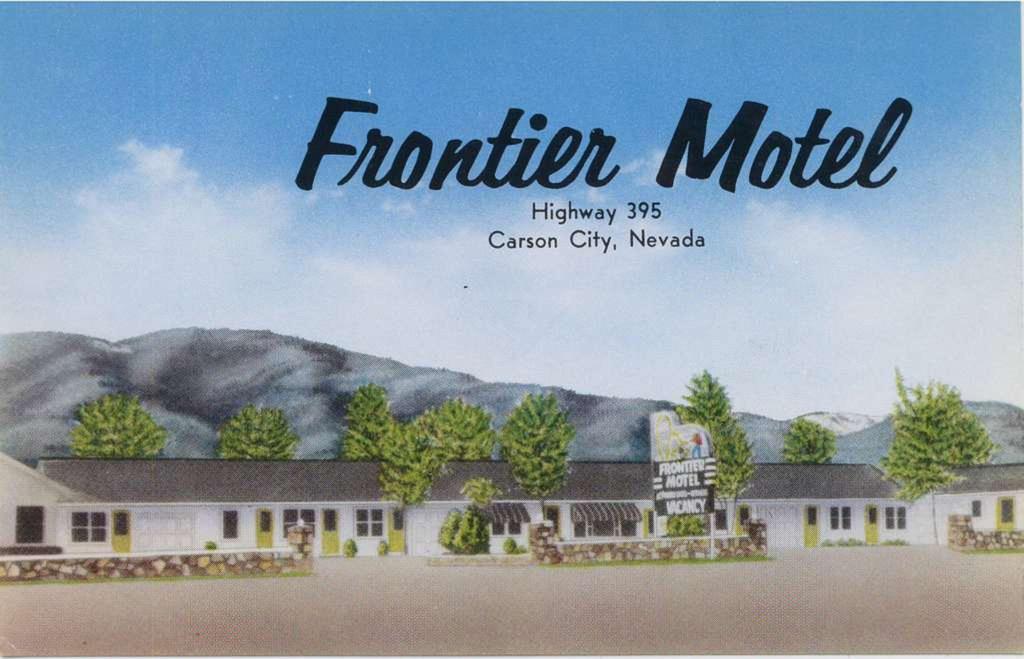 The Frontier was a very distinctive motel because of its sign. The lighted neon sign not only the has the name of the motel, it also has a buckaroo swinging a lasso. At night the animated neon flickers to show the lasso actually spinning.

The motel has survived and thrived over the years. A two-story section was added, with an indoor pool. The trees were removed, the parking lot paved over, stone walls upgraded to brick. But through it all, the Frontier has endured. 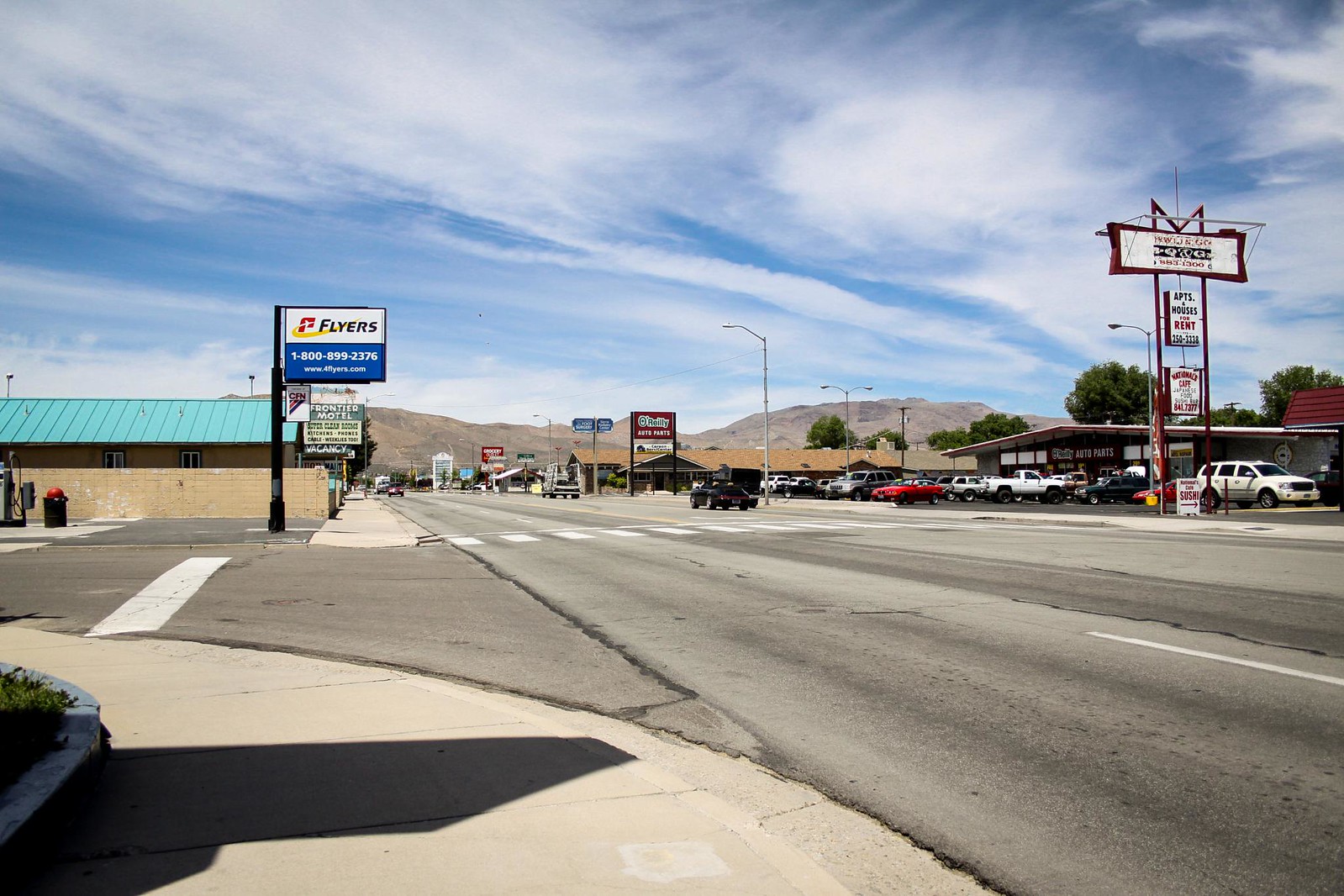 Today this part of Carson City has changed entirely. Gone is the bucolic countryside. Now Carson and Adaline is firmly in the urban core of the city. A Safeway was built across the street from the Frontier Motel in the 1960s. Now it has been turned into an auto parts store. Restaurants and gas stations and shopping centers have sprung up. Carson Street went from a two-lane road to a four-lane highway. 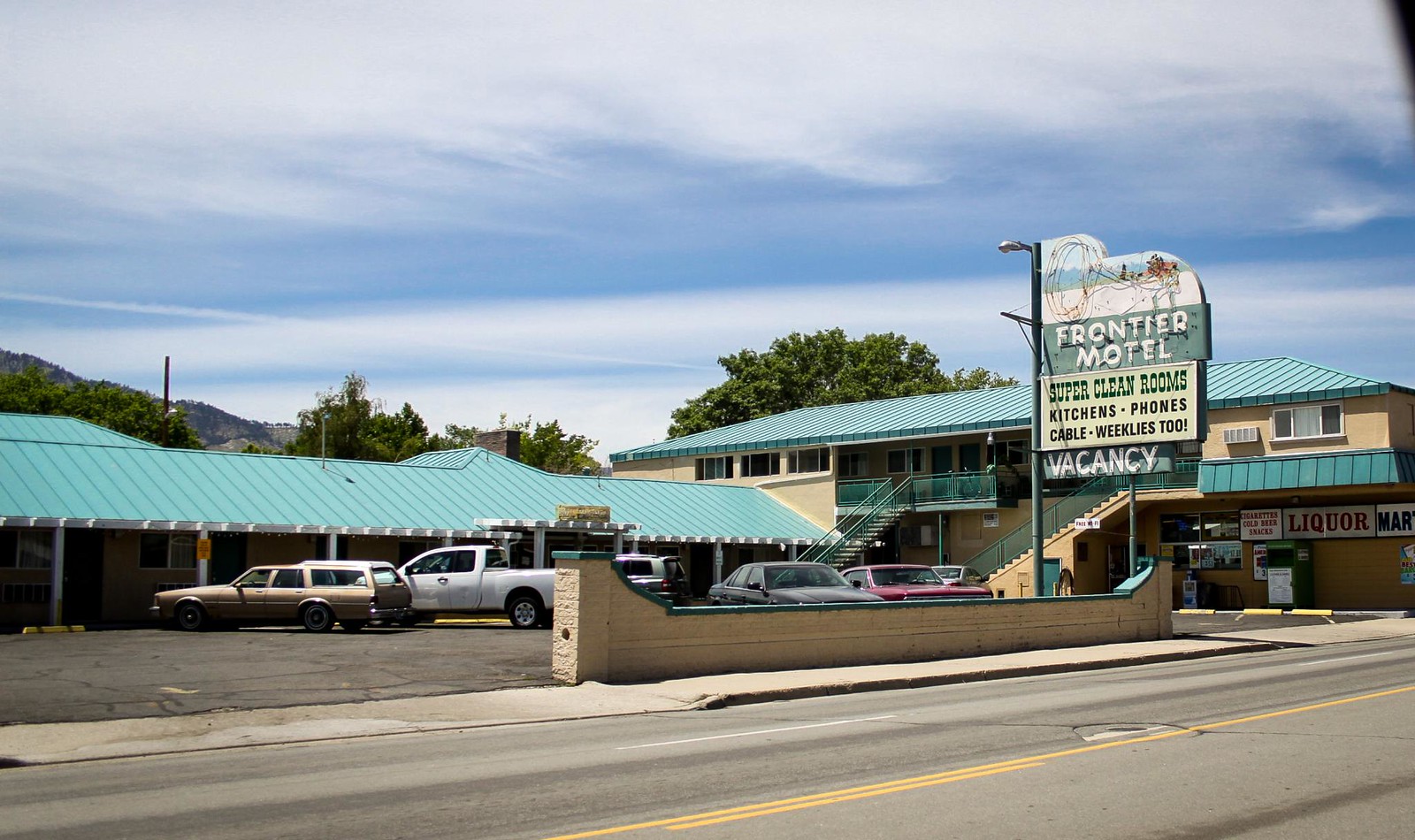 The Frontier has changed too. The indoor pool was filled in and turned into a liquor store. The clientele stopped being middle class folks on a drive through the American West and started being low-income people who needed a room. The Frontier now prominently advertises their weekly rentals. One thing has remained unchanged, though. The buckaroo still swings his lasso, the neon lighting up Carson Street every night. The Frontier Motel sign has become one of Carson City’s enduring landmarks, even if the motel it advertises has largely been forgotten. 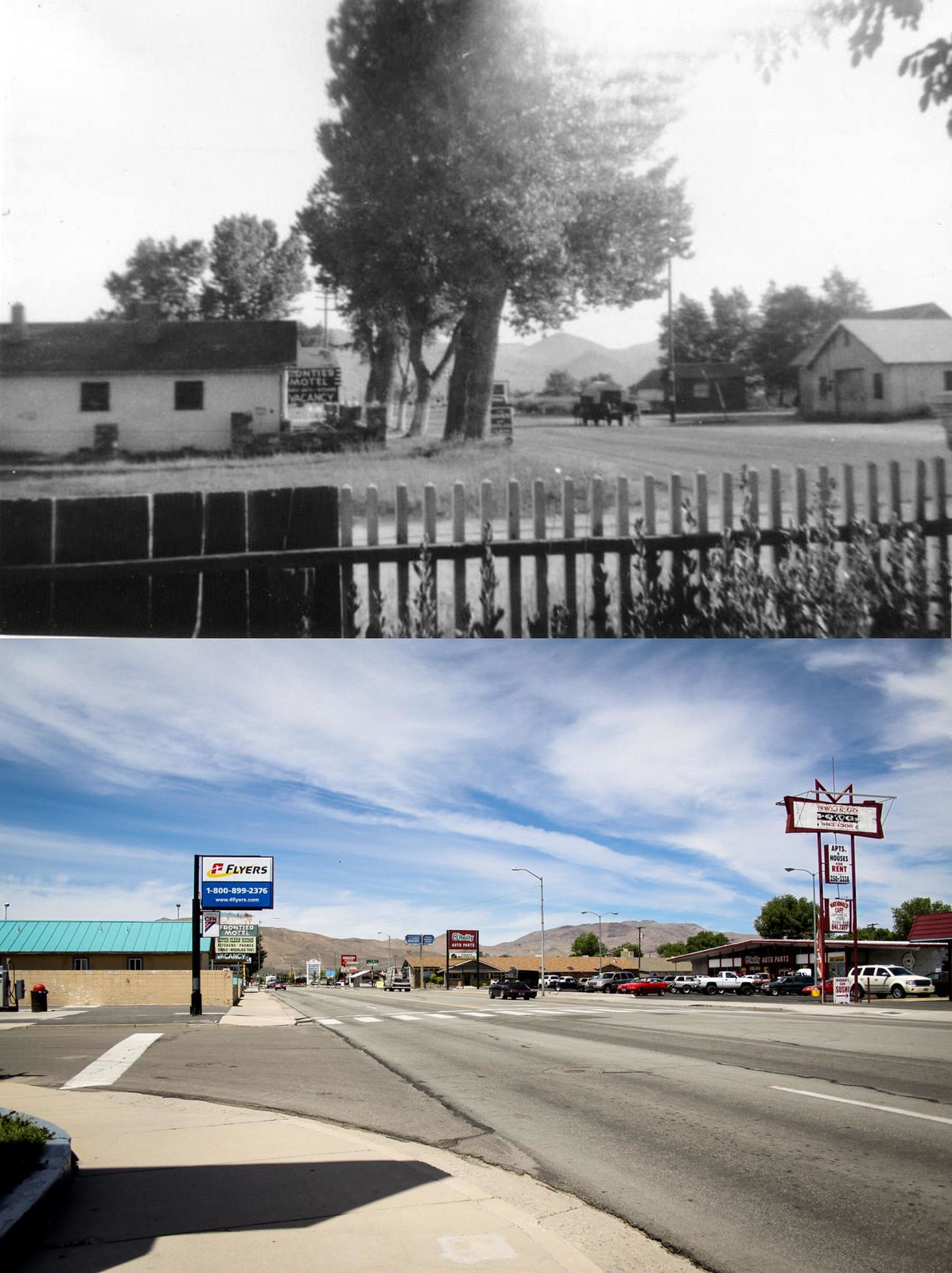