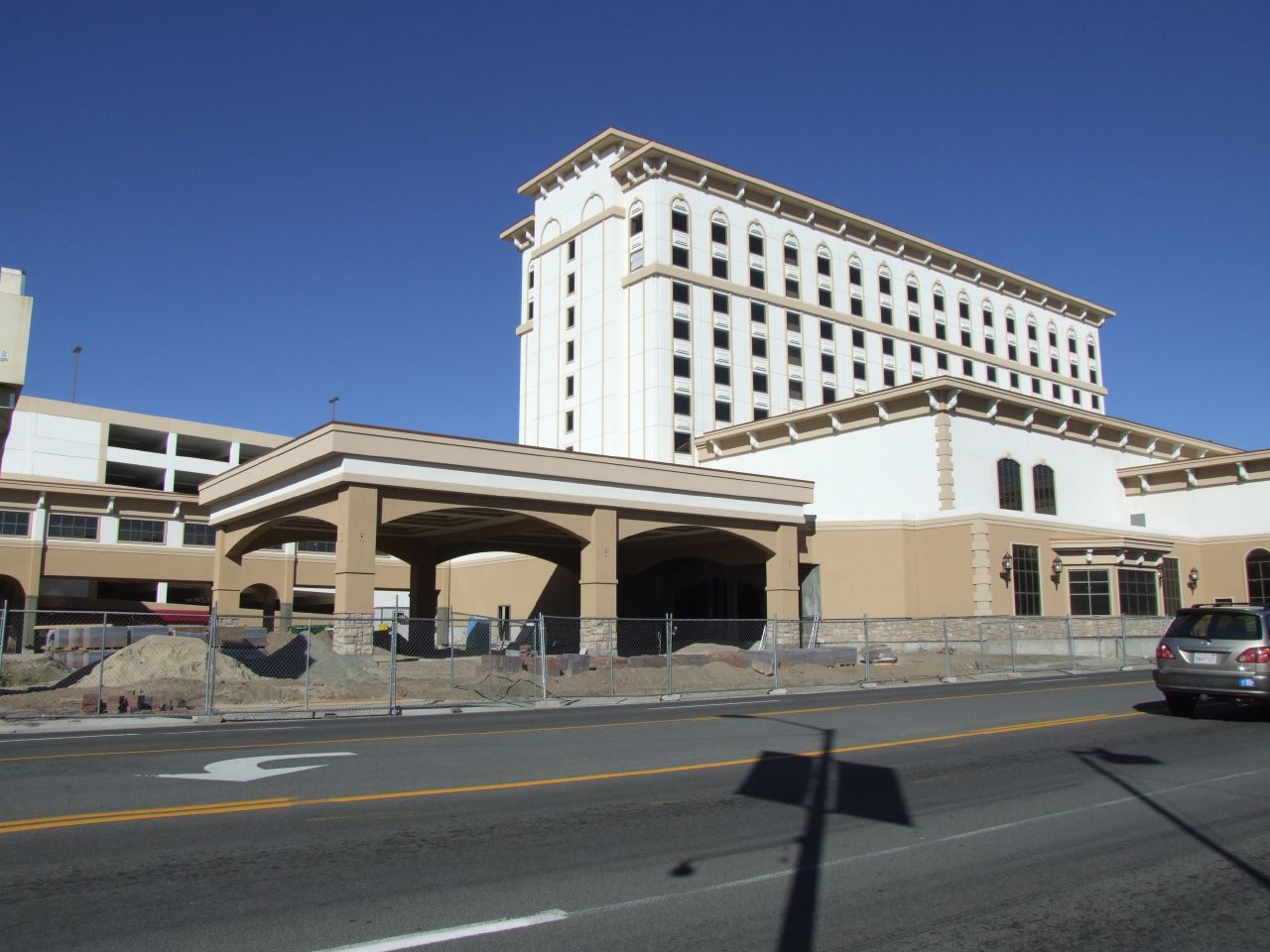 You and I, and everyone in town, have been watching the Ormsby House come together over the past few years. We’ve watched it start as a dingy run-down building, and get ripped apart, stripped, and put back together. We’ve watched a portecochere take shape over the south parking lot. We’ve watched a new bridge get built connecting it to the parking garage. We’ve watched a dull brown paint job be covered over with a gleaming white.

But through it all, what’s been going on inside the hulking building has remained a mystery to most of us. We can peek through the dingy windows and try to make out shapes in the darkness. We can look through the few large doorways that have been left open on the ground floor, and see enough to figure out that the interior of the building is gutted. But what does it really look like in there? Does anything remain from the old Ormsby House? Has any work been done inside? All of these were mysteries to us before.

But they’re not mysteries anymore. Because on October 20th I was invited on a guided tour of the Ormsby House, from the top of the roof to the bottom of the basement, and everywhere in between. I spent about an hour and a half inside the grand old lady, and I’ve returned with these pictures as evidence. Finally what’s hidden will be seen, and the secrets of the Ormsby House will be revealed. 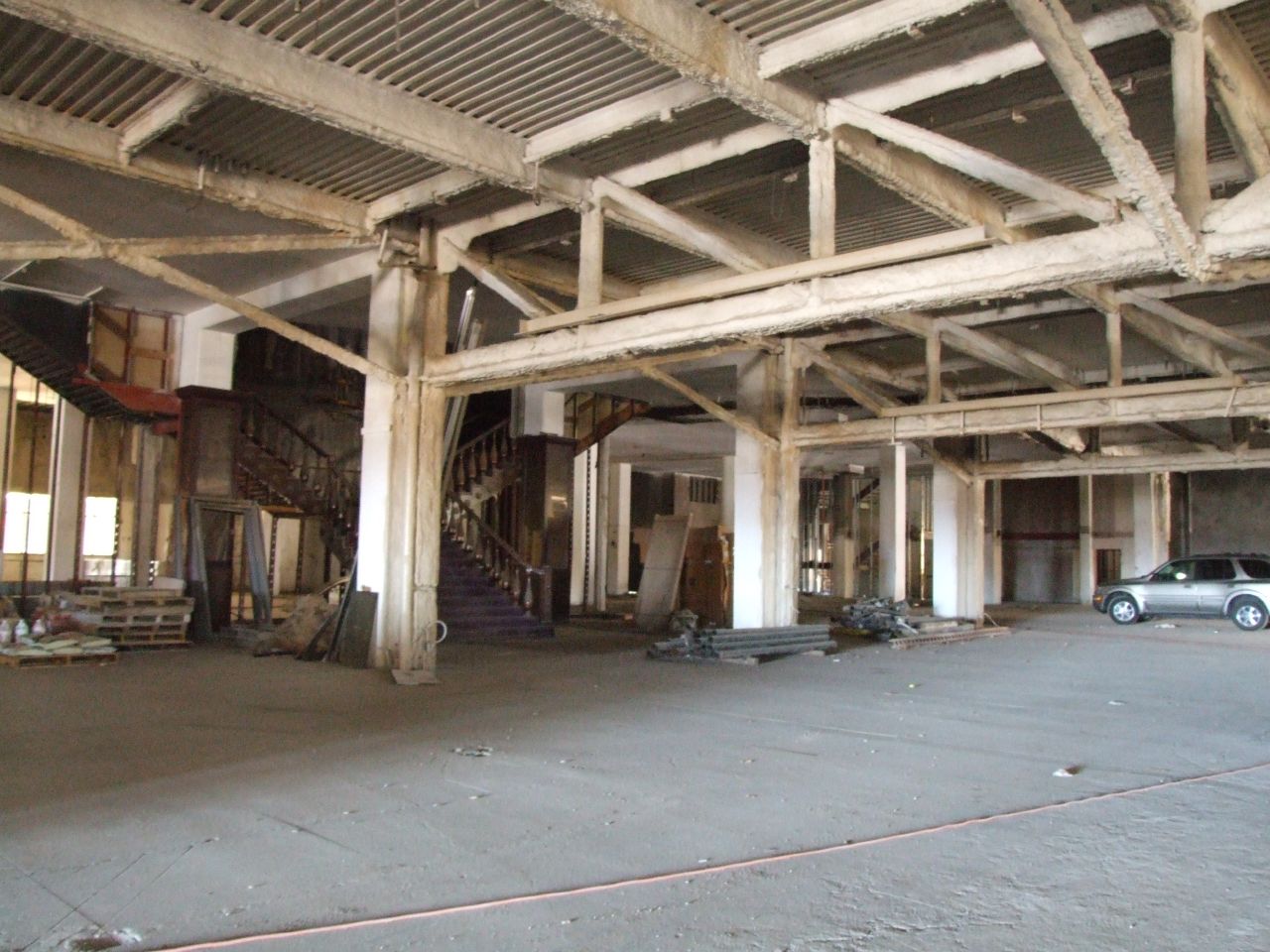 It’s true that not much work has been done inside the Ormsby House. Well, I can’t say that, because the whole place was gutted, and that must have been a tremendous amount of work. Nearly every bit of carpet, drywall, plaster, plumbing, electrical, and ceiling tile had to be removed. Including a great deal of asbestos, which in itself was an entire job to remove. So in truth there has been a lot of work done inside the building, but the majority of it has been demolition, cleaning out all the remnants of the old casino and stripping it down to the bare roots of the structure.

Here you can see the main casino floor. Everything here has been removed, except for the columns and girders that support the rest of the hotel. The one thing they didn’t remove was the old Grand Staircase; you can see it in the gloom of the background, still leading up to the second floor. 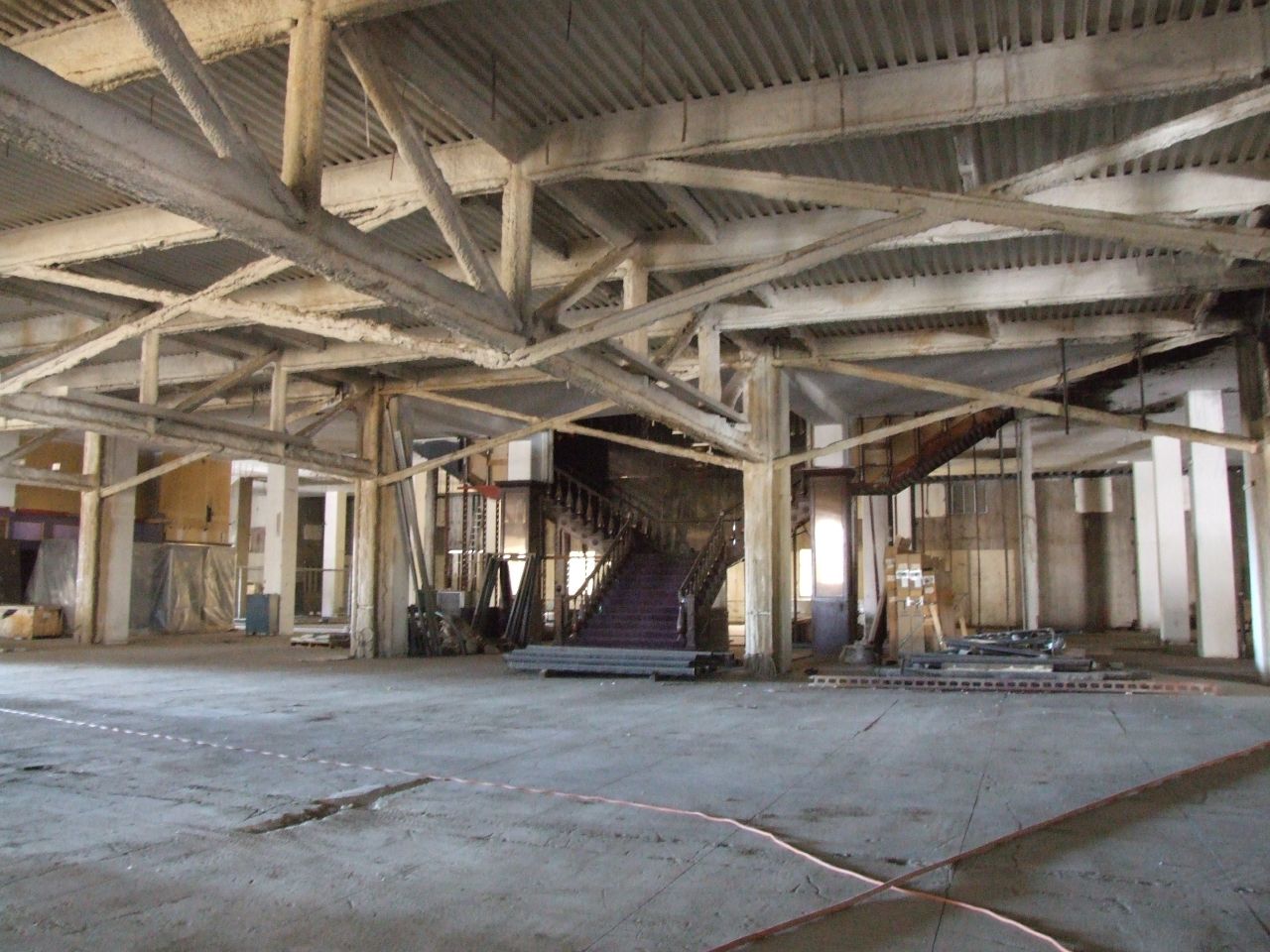 Another view of the casino floor, with a better look at the Grand Staircase. The concrete floor here is so cracked and damaged that it’s all going to have to be jackhammered and replaced before anything else can be done in here. 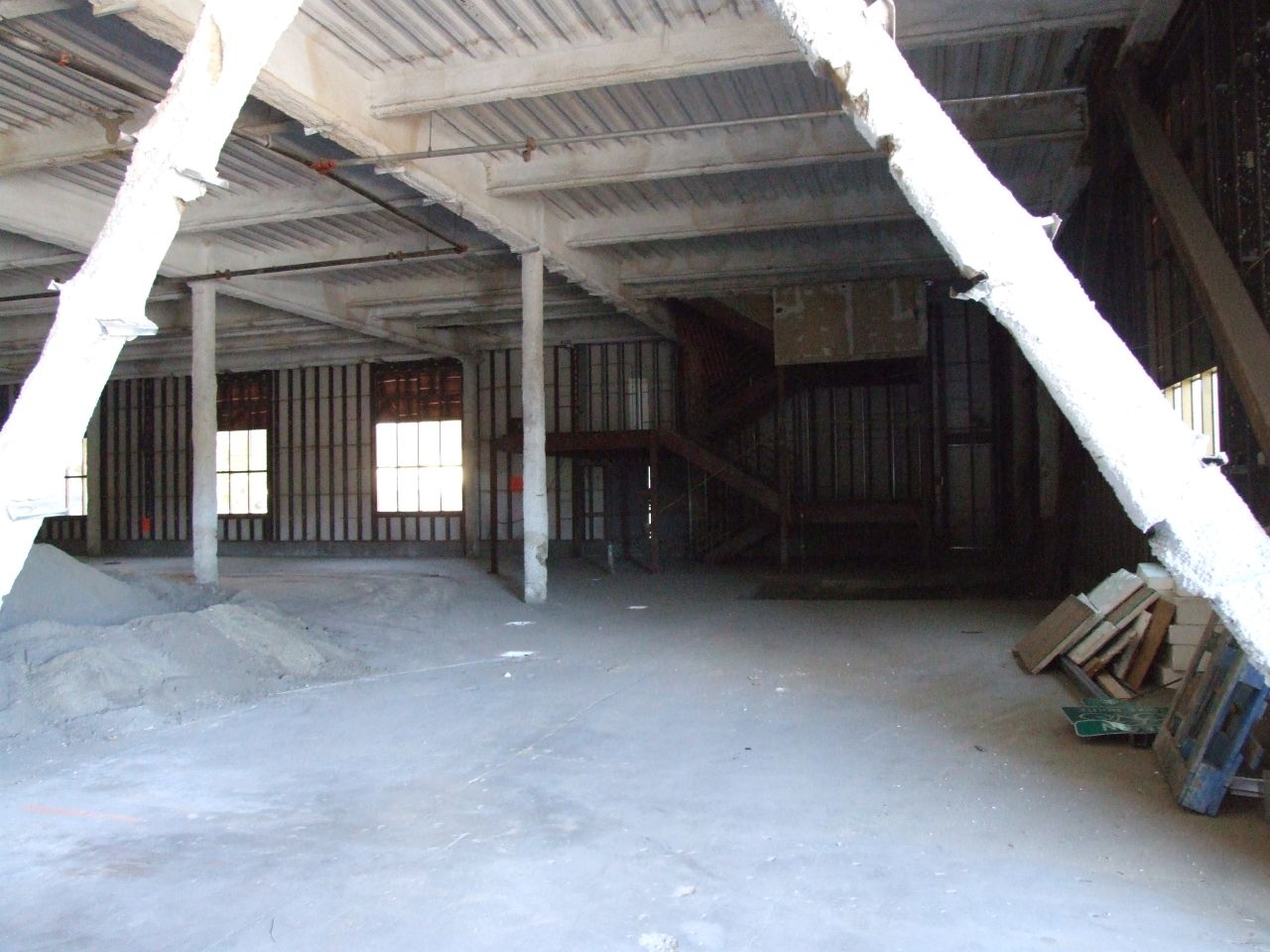 Here’s a look into the northern section of the ground floor. This is a newer section of the building; there used to be a parking lot here along Fifth Street until this addition was built sometime in the late 70s or early 80s. In the most recent incarnation of the Ormsby House this area held the Corner Bar, as well as the V&T Coffee Shop. When the OH reopens this will be the buffet. 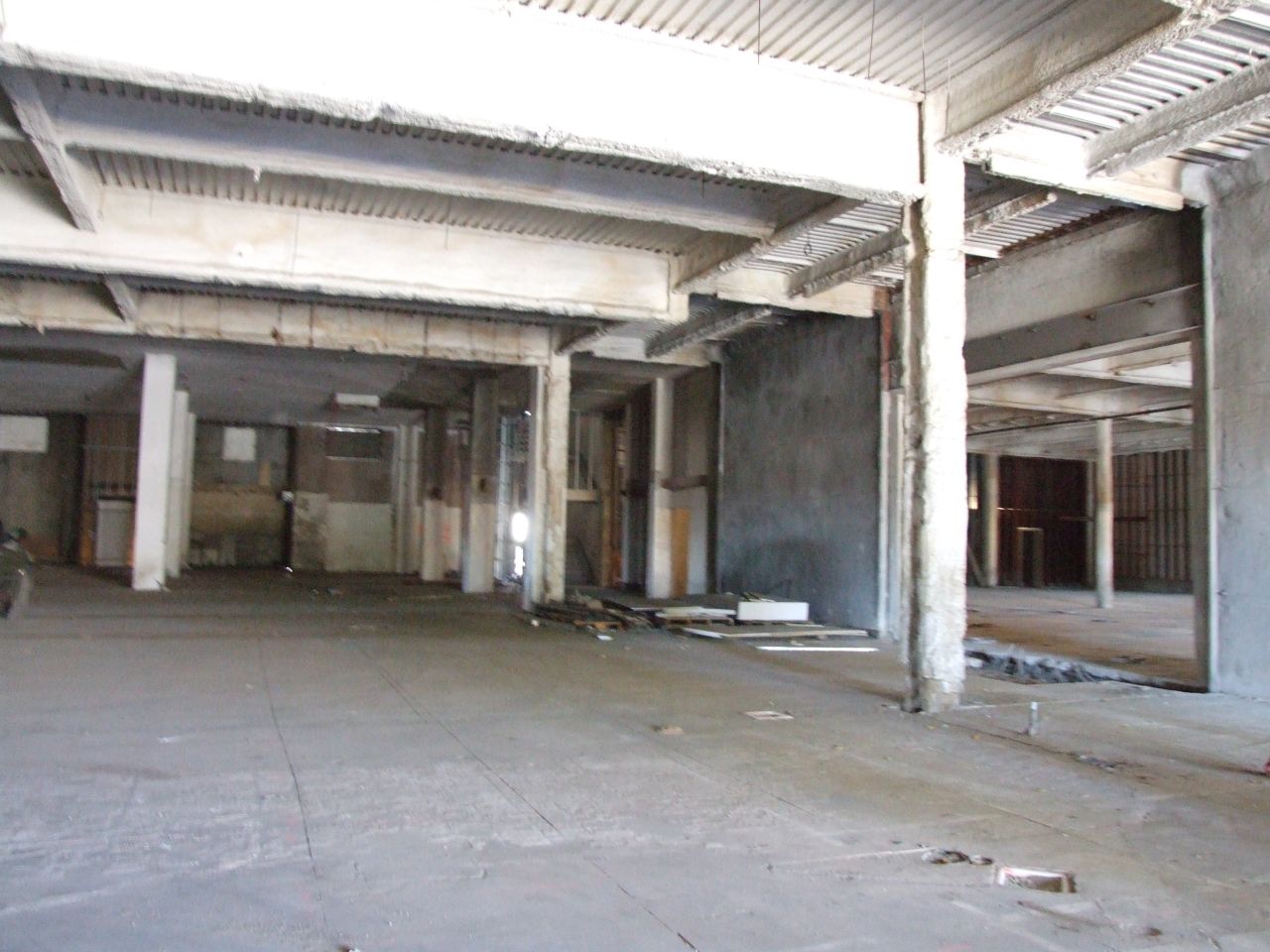 Here’s another look at the casino floor, and the wall separating it from the buffet. If I remember right there used to be a fancy steakhouse in here, sharing a kitchen with the coffee shop. 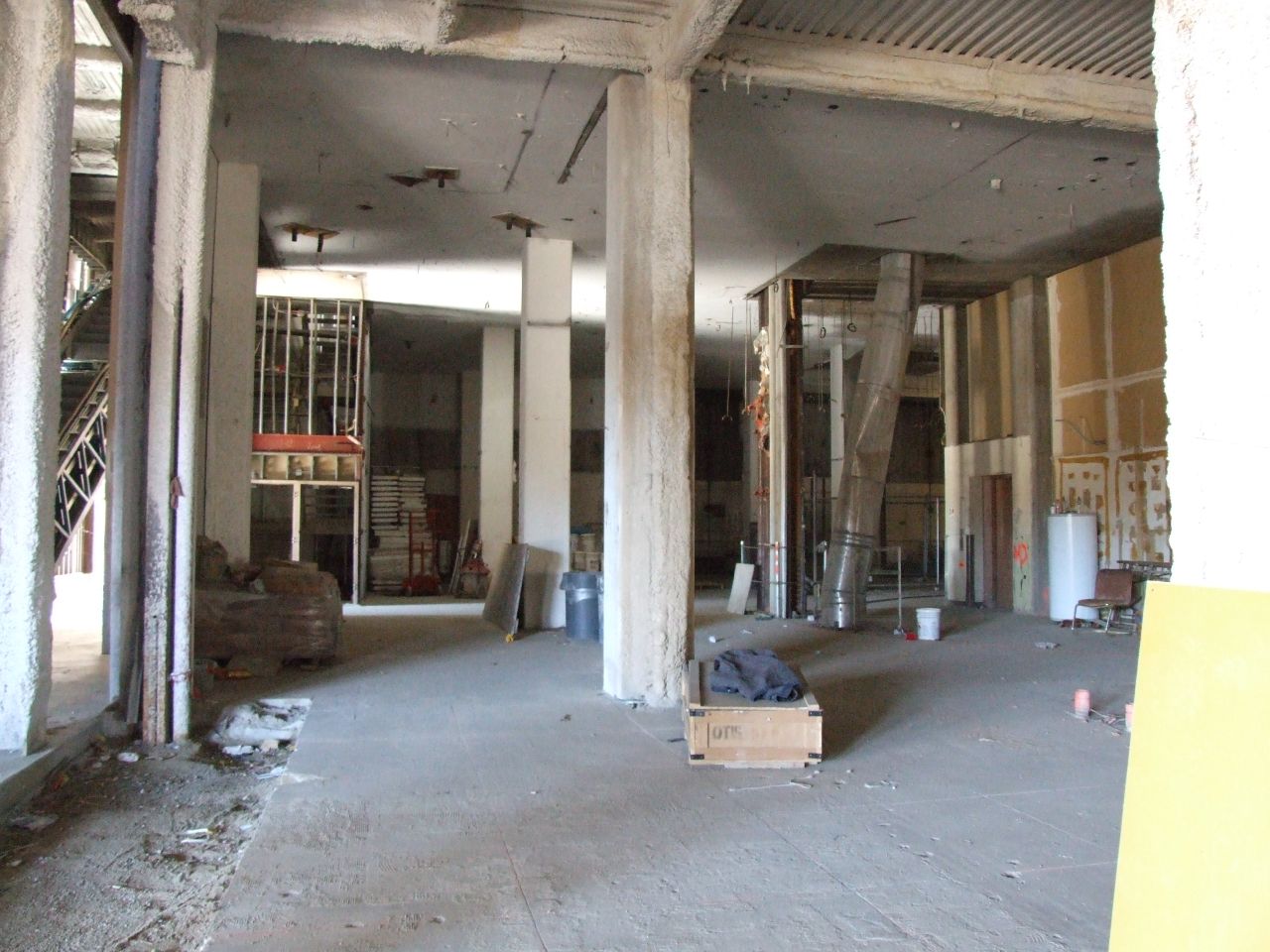 At the south end of the casino is where the main entrance from the portecochere will be. This will be the hotel lobby, and much of the area in the back will probably be office space, off limits to the public. 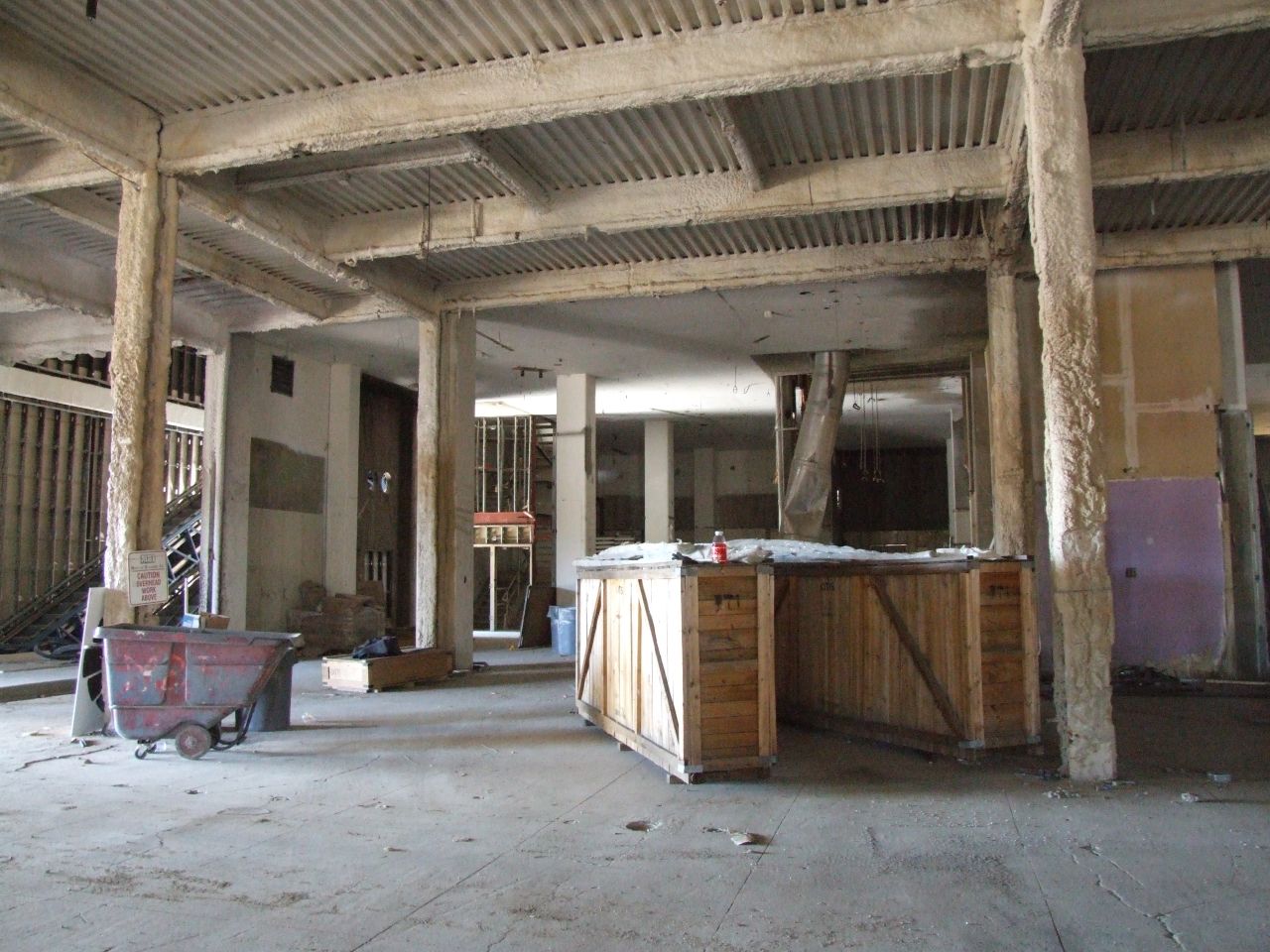 Another angle looking at the future reception desk. The casino cashier used to be here. This will soon be home to an ornate lobby. 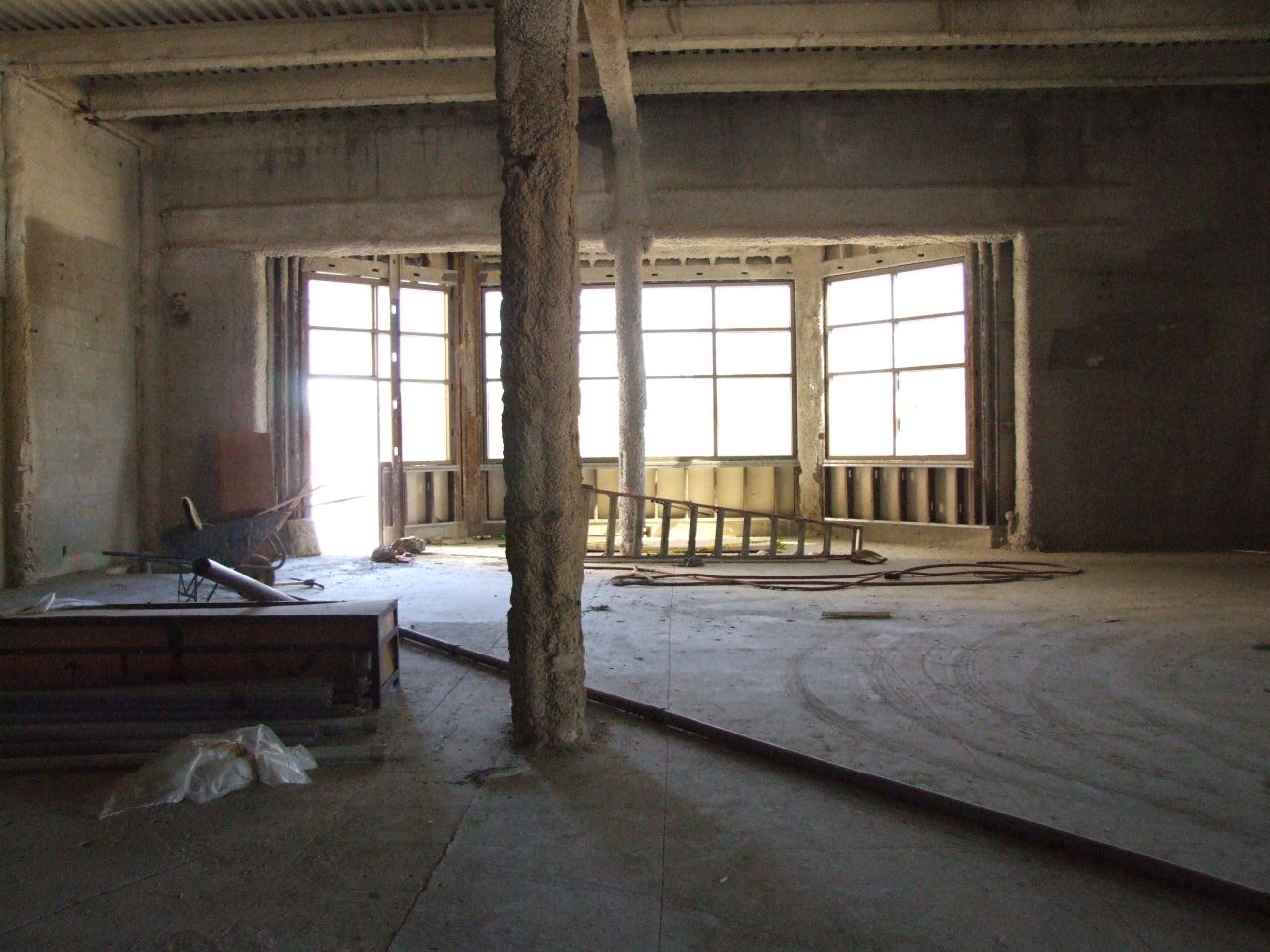 The owners are planning to have two bars on the casino floor. This one, which will be located in the new bay window overlooking Carson Street, will be a quiet lounge where you can sit and have a conversation or business meeting. There will also be a door here leading to an outside patio. 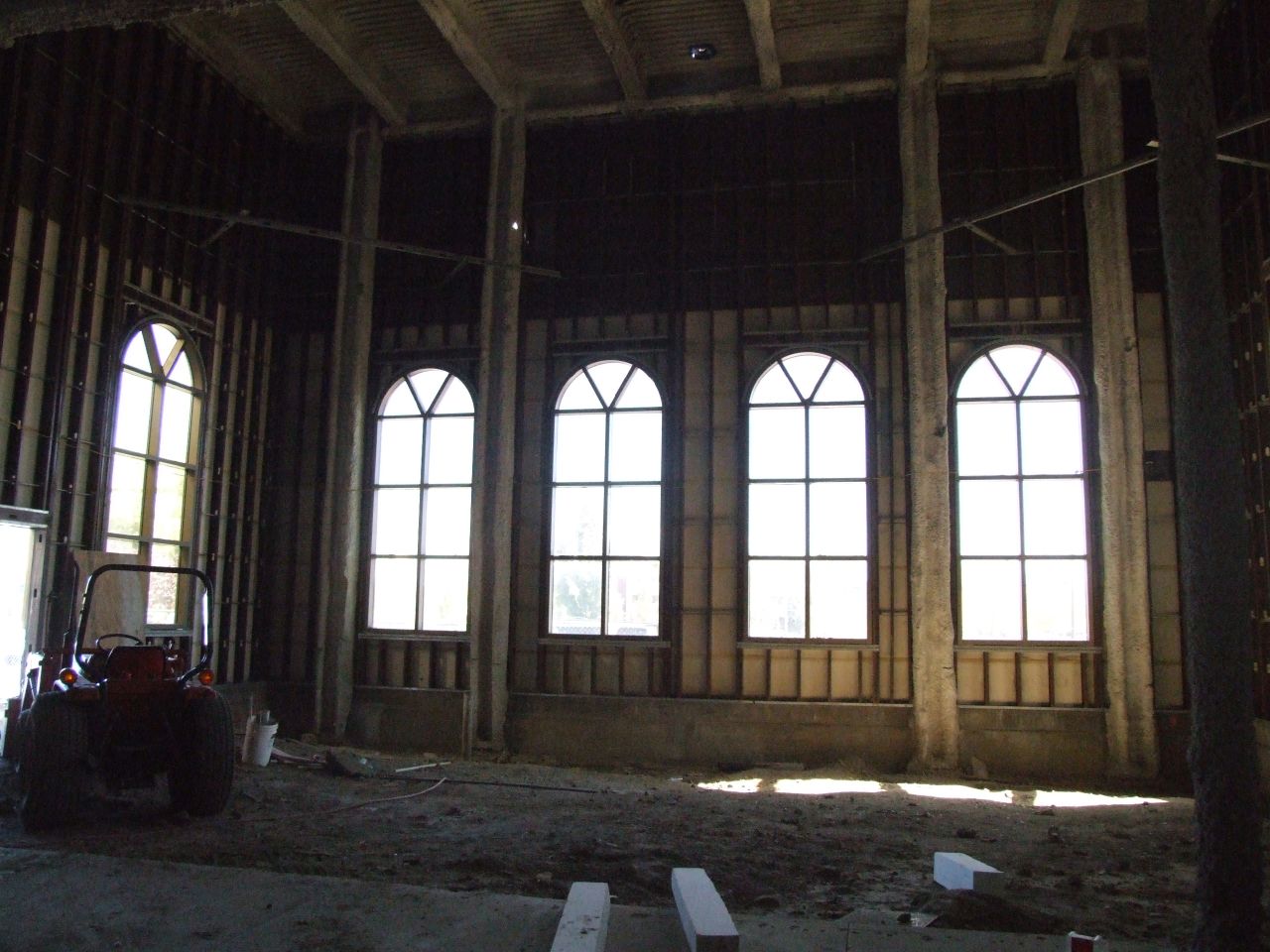 And this room, the large square room that’s located where the old portecochere used to be along Carson Street, will be a high-energy bar and nightclub. The two bars are being called the “quiet bar” and the “noisy bar” because of the difference in their atmospheres. 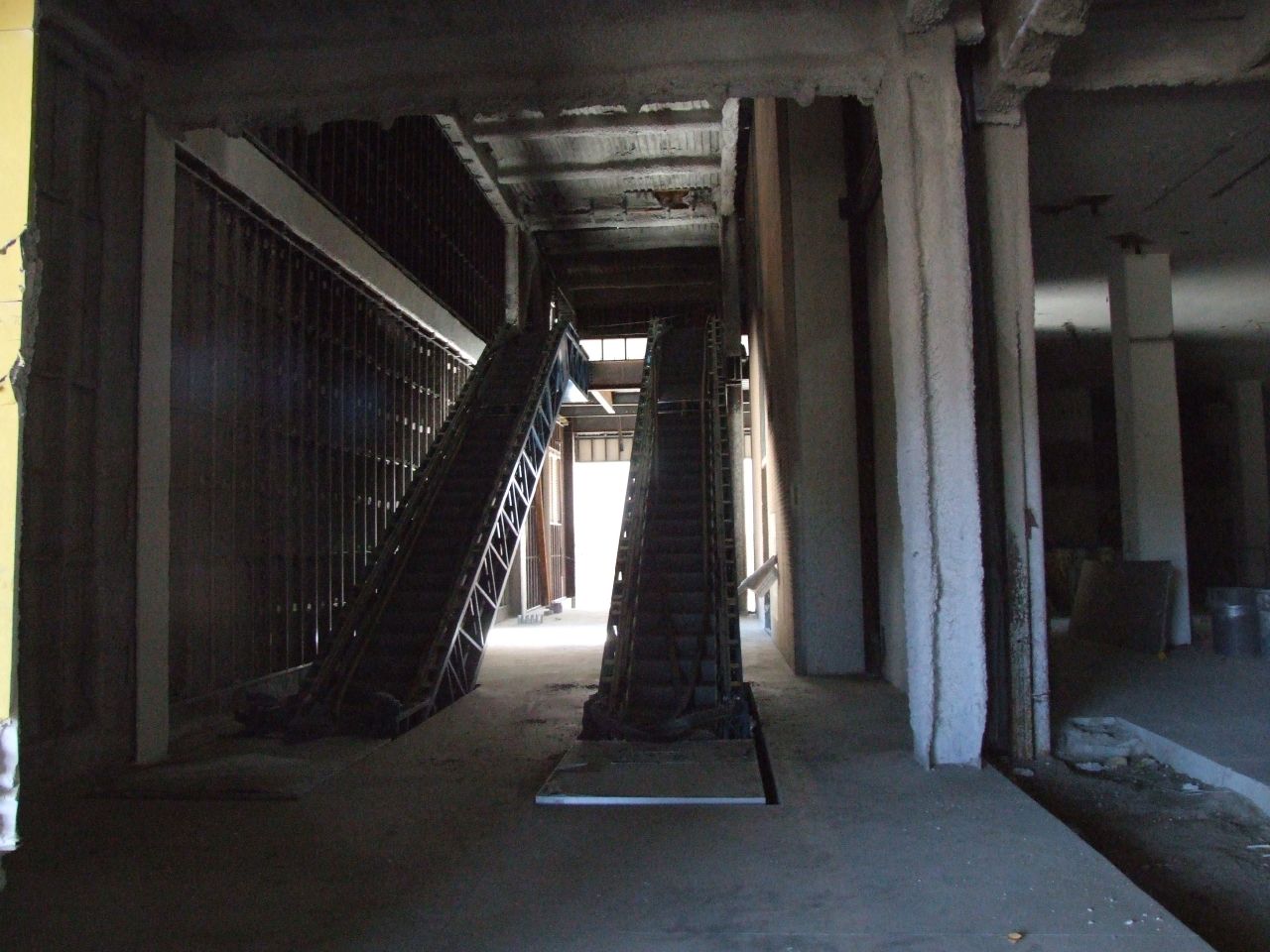 At the extreme south of the building, in an area of new construction, are the escalators. These escalators will connect the lobby/main entrance downstairs to the parking garage sky bridge upstairs. 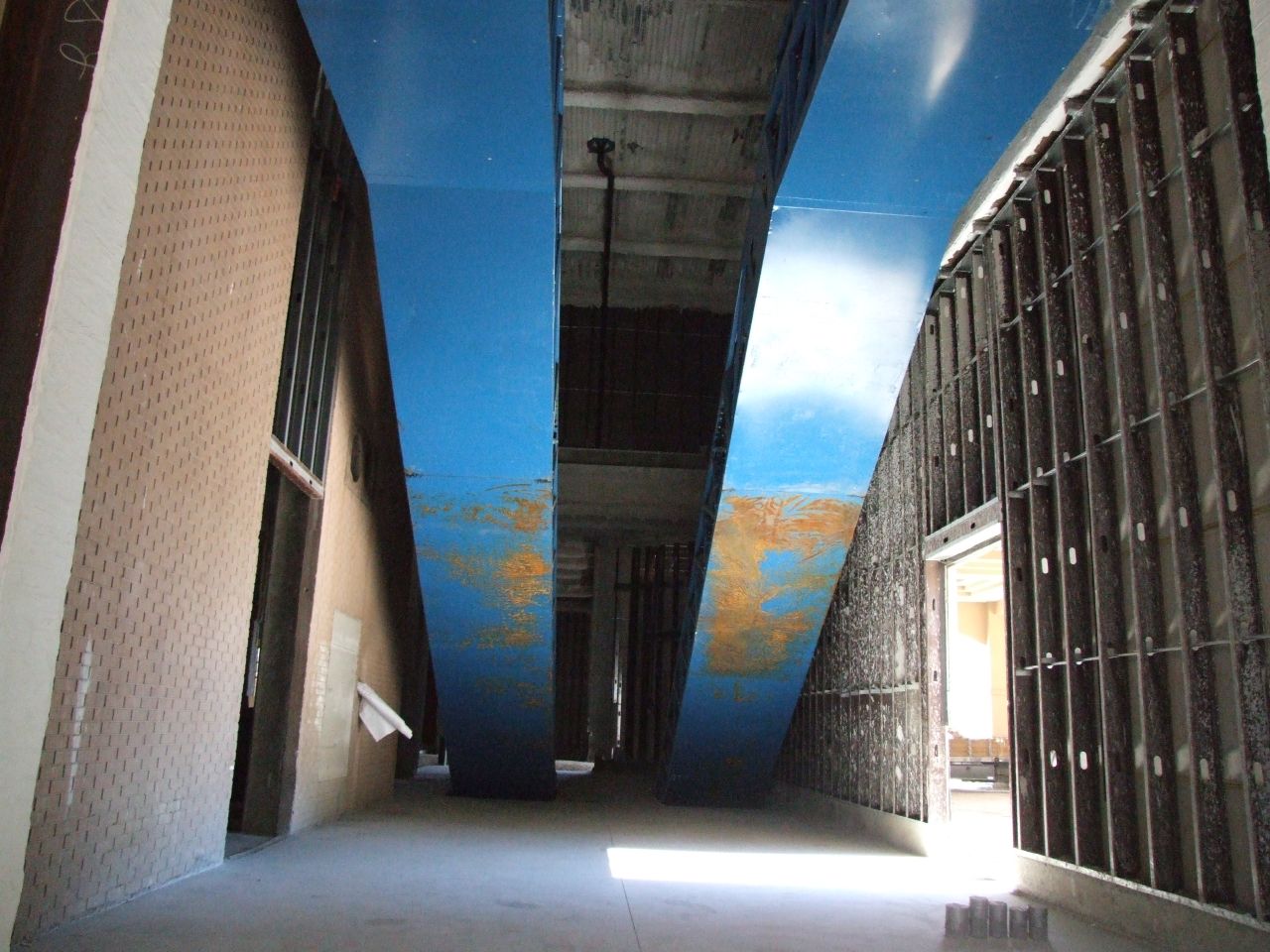 Here’s a reverse angle on the escalators. To the left you can see what used to be the exterior wall of the hotel tower. The original brick is still here, untouched. The wall to the right is brand new. The escalators were installed after the walls were built. A special hole was left in the building just to allow room for them to be brought in.

On page two: our tour continues. What’s at the top of the escalator? And later we go up to the top of the hotel to see what the rooms look like, and into the basement, where few have ever been.