Winnie Lane Then and Now 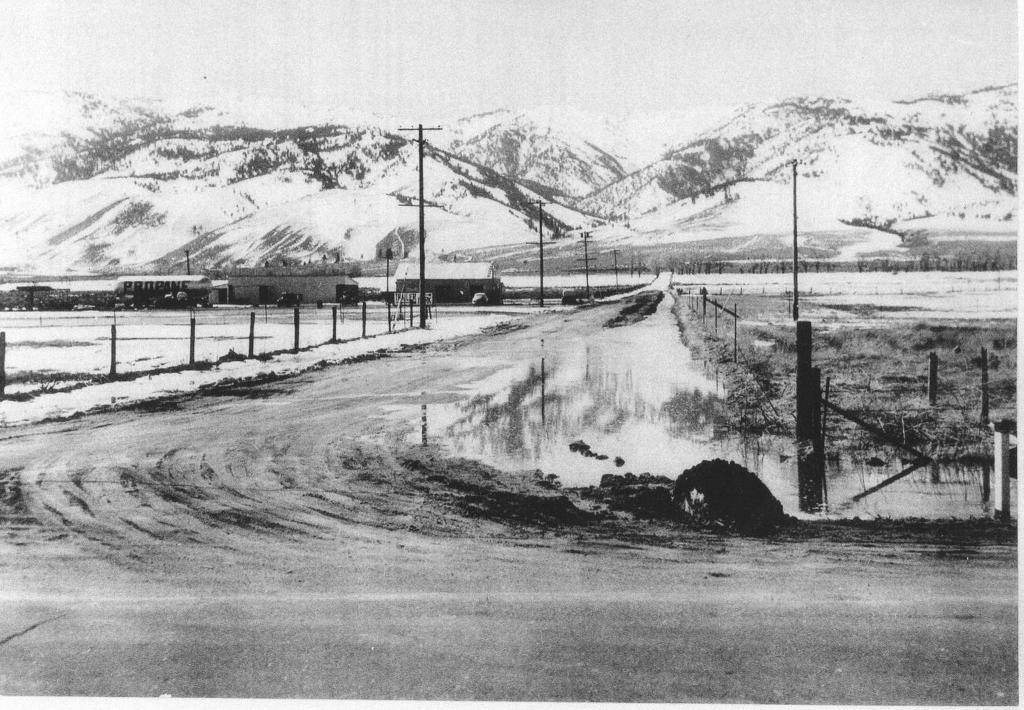 In the early days Carson City was very small, and areas that you now think of as being firmly in the middle of town were on the outskirts. This view looks west up Winnie Lane, from the intersection of Carson Street. When this photo was taken, this part of town was empty and Winnie was nothing more than a dirt lane with poor drainage. This winter scene shows the muddy intersection and the road cutting through the ranchland of the northern Eagle Valley. There is a small sign pointing to a trailer park on the left, and behind that a propane company. Aside from that, there is no sign of development in this photo, and it seems like a very quiet part of town.

In the middle of the 20th Century, Carson City went through a growth explosion. Hundred of acres of land were developed over the course of just a couple of decades. One of the natural places to expand was north along Carson Street, so of course the area around Winnie Lane was built up. Today the corner of Winnie and Carson is a major retail center, with shopping centers on all four corners. Surrounding those is blocks and blocks of mid-century housing, all built in one of those first waves of growth. Winnie Lane was paved long ago, and the drainage problems cleared up. This is now very much considered to be in the middle of town. You have to drive a long way to find any untouched ranchland. But, the same trailer park is still there, just out of the left side of the photo. Now known as Sierra Vista Mobile Home Park, it is the one link to the past in this neighborhood.