There has been a gas station on the corner of Carson and Eighth Streets for at least 60 years. It started out as a Richfield station, then later became an Arco (the “R” stands for Richfield). There used to be many gas stations along Carson Street through the downtown core. Over the decades they have been dwindling away. This Arco was one of only a handful of survivors. But now it is closed too.

Let’s take a journey through its history, then look at the state of the building today. 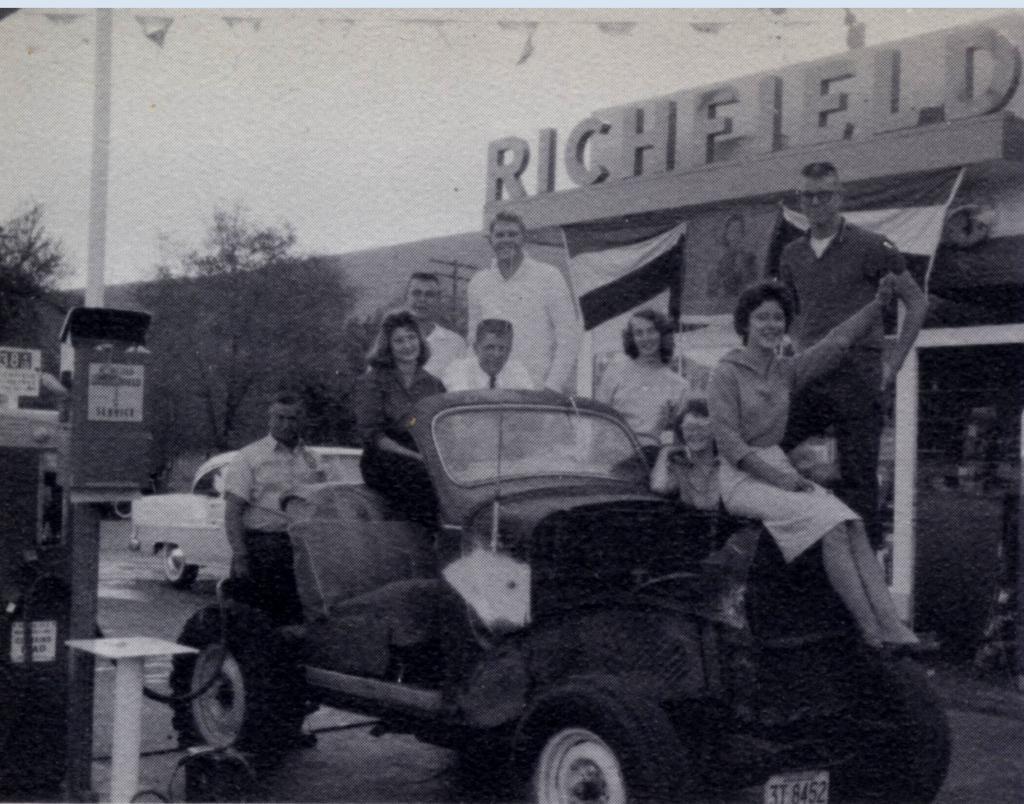 This photo shows the Richfield Station at 720 S Carson Street in 1961.

This aerial photo from 1966 shows the gas station on the corner, before the Ormsby House was built one block to the north.

From 1986 comes this view of the gas station from a window in the Ormsby House. Note that the gas pumps and the canopy still seem to be close to Eighth Street here. 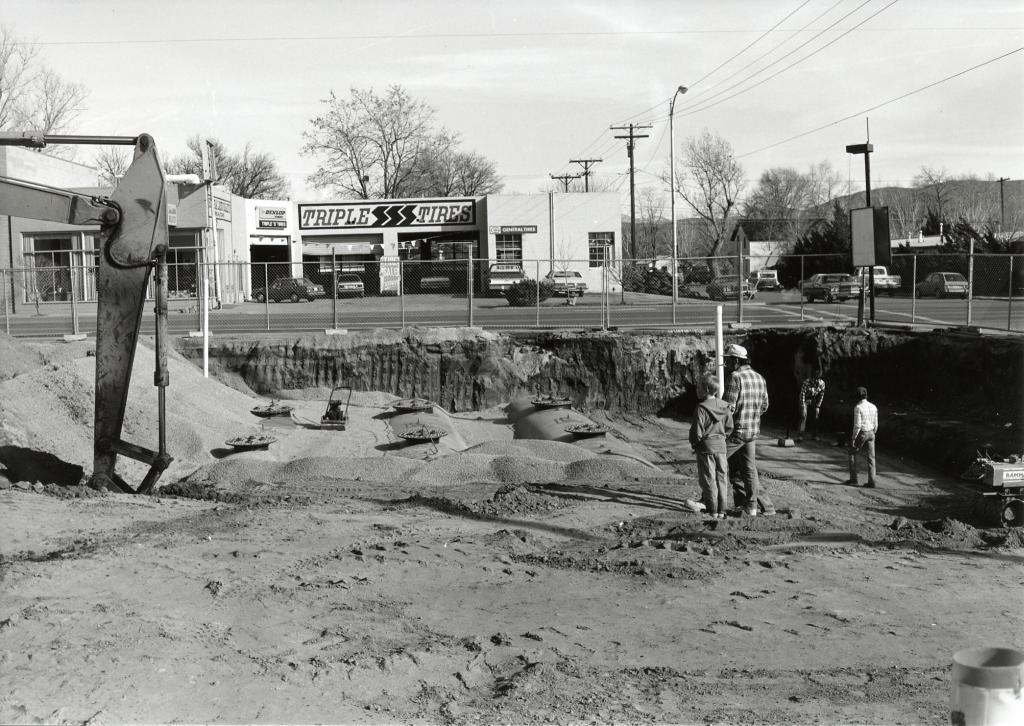 This photo dated 1988 shows major work being done on the underground tanks. I believe that as part of this work the pumps were moved from the corner to a spot in the middle of the block.

This 4th of July parade from 1988 shows the gas station in the background. In this picture the canopy and pumps look like they are more in the middle of the block.

This photo from 2003 shows the Arco station and some very attractive gas prices.

Another view from a window in the Ormsby House, this one from 2006.

Today the gas pumps are still overshadowed by the Ormsby House, but now both of them are closed and abandoned.

This station and the AM/PM mini mart were always pretty popular, being one of the only gas stations close to downtown. But in January 2019, they suddenly closed for business.

Rumors started flying about why it closed. One of the most persistent rumors was that the Ormsby House had been sold to new owners, and as part of the sale the Arco station had been closed to make way for whatever plans the new owners had for the land. Supposedly it was AM/PM employees spreading this rumor. Carson Now investigated this rumor and got denials from the city, and silence from the AM/PM owners. It’s been five months now since the closure, and there still hasn’t been any news about the Ormsby House or any explanation about why the gas station closed.

It does seem pretty sure that the convenience store building is scheduled to be demolished, though. Over the last couple of weeks there have been law enforcement and fire department training drills taking place in the building. This is usually the last step before demolition. As you can see below, they left the building in a bad state.

We don’t know what is in store next for this old Arco. There is a gas station on the north end of downtown that was boarded up for a while, and it was torn down but it is now being rebuilt. I have a feeling that’s not what’s in the works here. It still could happen, though. Or it could turn out to actually be related to the Ormsby House somehow, and the news is still being kept secret.

We’ll have to keep an eye on it to know exactly what is happening. Until then, let’s look at the property as it appears now, before demolition.