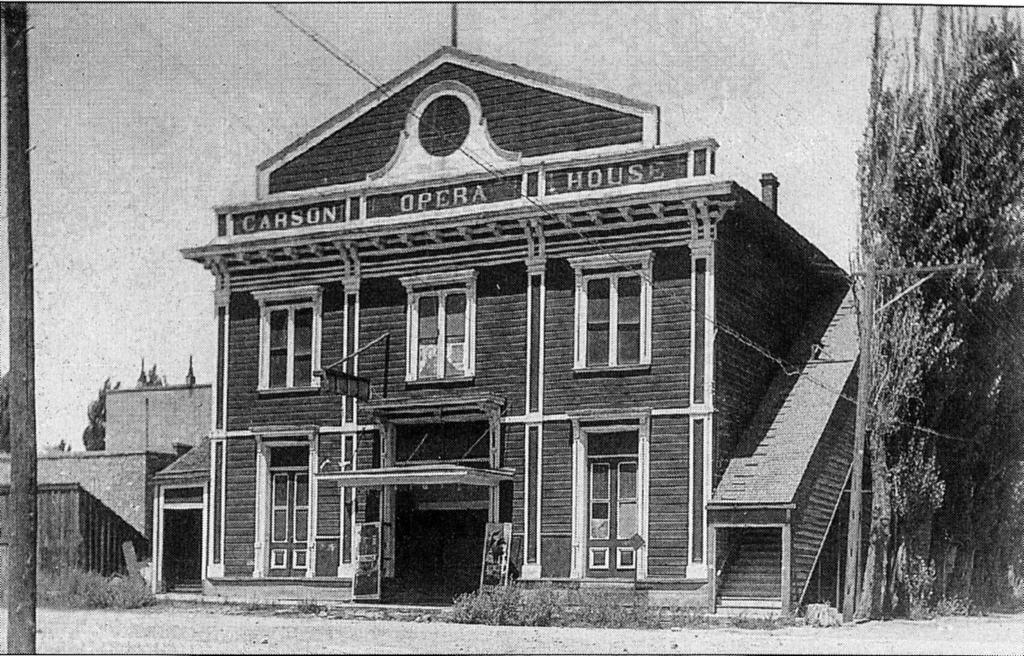 Article updated! I used to have the wrong location for the Opera House; I’ve since realized the mistake and corrected the article.

This is the Carson Opera House. Or rather, it’s the second opera house in Carson City. The first one was located at Carson and Spear, and built in 1878. It hosted Shakespeare plays, Mark Twain lectures and, of course, opera. But that house was short-lived, and in 1888 it had to be removed to make way for the new post office.

When that first opera house closed (and was either torn down or moved, depending on which book you’re reading), the second one, pictured here, opened just across the street, at the corner of Spear and Plaza. This opera house got to enjoy a much longer life, and it was much larger than its predecessor. There was room inside for 790 bodies, quite a capacity considering the whole population of Carson City was only 2,000 at the time! There was a long, sloping main floor, and a wood stove for heat. During the winter when wood was hard to come by, the stove would have to burn coal instead, filling the hall with a dark smoke. 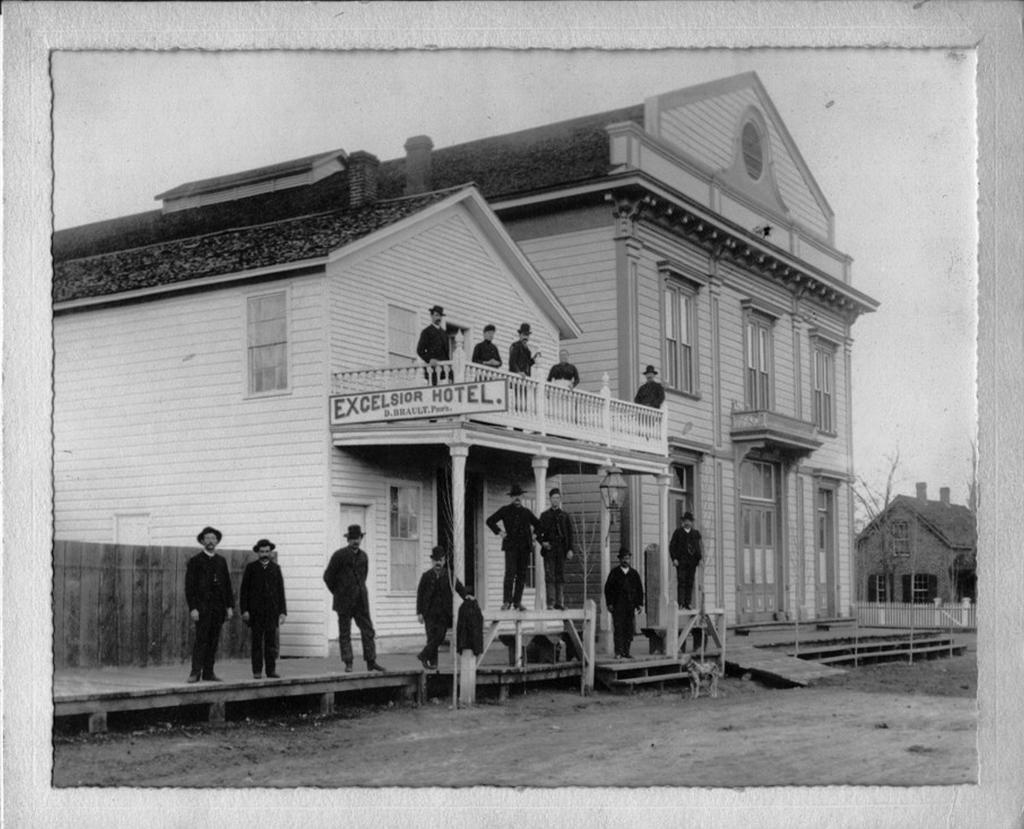 But, the people of Carson came anyway. They came to see minstrel shows, opera companies, dramatic plays, political orators, and vaudevillian performances. And they got to see a lot more of them than most other communities of the day, since Carson City was on the way to Virginia City, whose opera houses attracted the best performers from all over the country. Often the proprietors of the Carson Opera House were able to convince these celebrities to spend one extra night in Carson, and give just one extra performance, since they were in the neighborhood anyway. Most of them had no problem doing this, so Carson City ended up with a cultural scene rivaling that of much larger cities.

The Opera House stayed active into the 20th century, and eventually it was converted into a motion picture house, showing the latest talkies and silent films. Renamed the Grand Theater, it remained a favorite hangout for Carsonites until 1931. 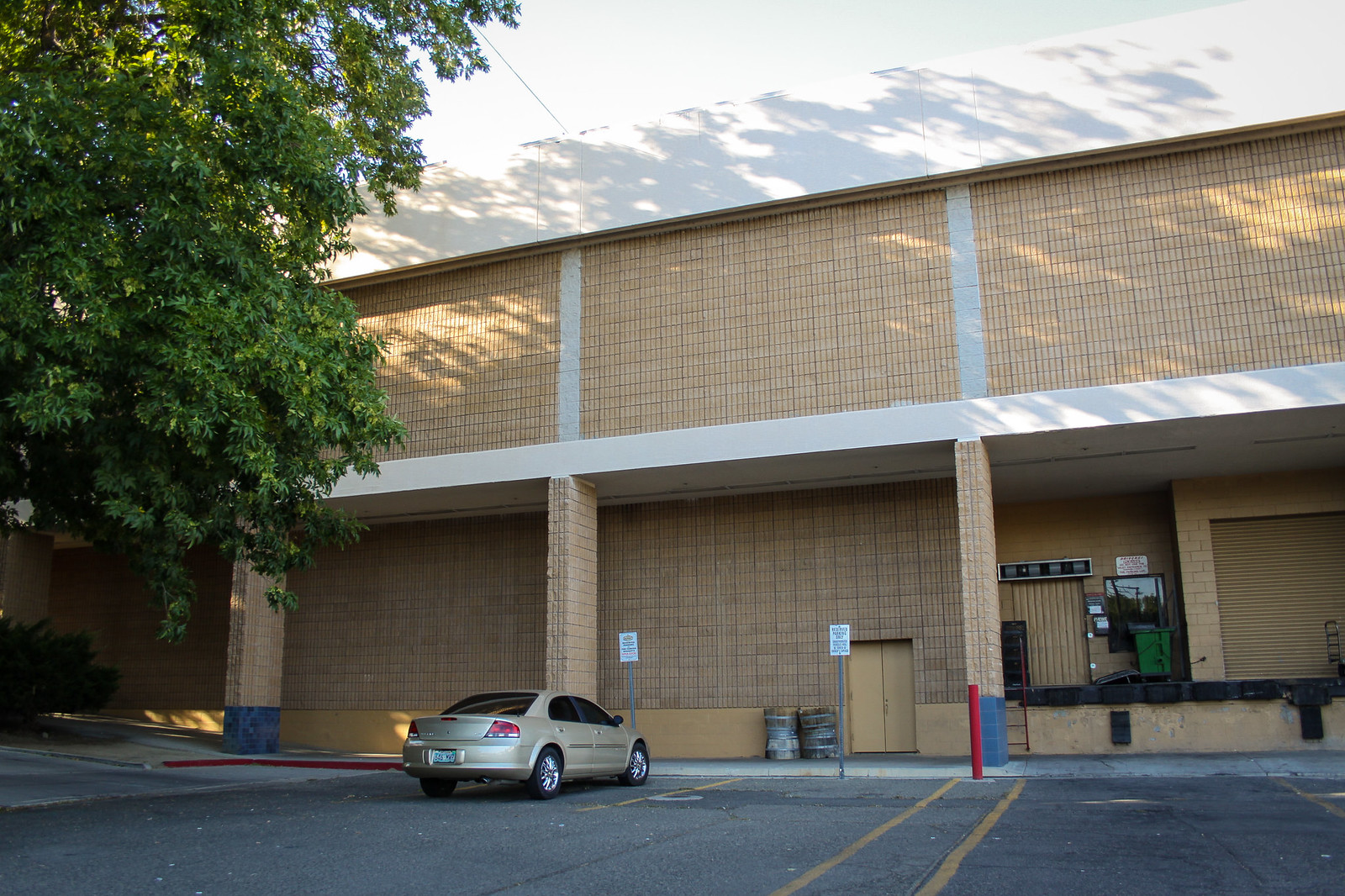 In 1931 a new furnace was installed, a big advance over the old coal-burning stove that had deposited a layer of soot on opera patrons decades before. But on April 4th the furnace malfunctioned, and started a fire which quickly spread through the wooden structure. Fire crews raced across town, but by the time they arrived it was too late to do anything. They could only spray water on the neighboring buildings to save them from the flames as the old theater burned. 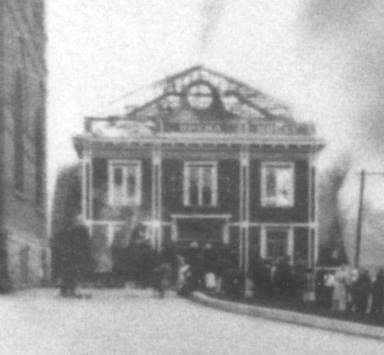 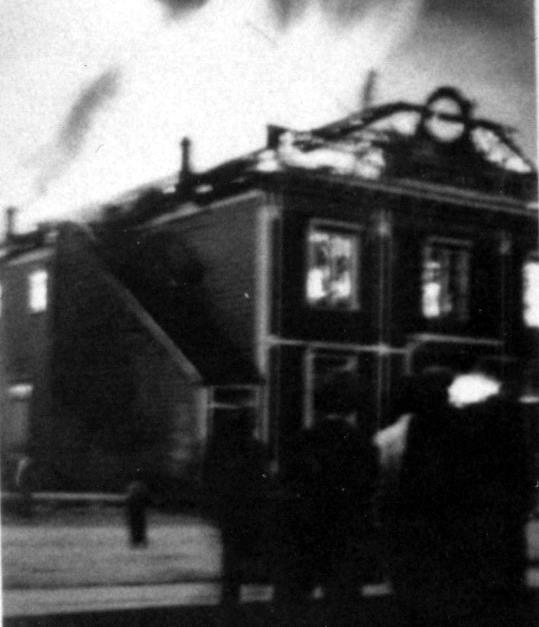 The next morning residents gathered around the rubble, shared their memories, and wondered where they were going to see movies from now on. It was less than a year before the Sagebrush Club’s old building had been converted to a movie house, named the Carson Theater. That story is in Then And Now #18.

Today the site of the Carson Opera House is underneath the footprint of the Carson Nugget. The Nugget built out into Spear Street, so the front door of the Opera House would have been in the middle of the casino. This view of the back loading dock approximates the historical viewpoint. And these days, even with a population approaching 60,000, Carson doesn’t get nearly as much Shakespeare or Vaudeville as we used to. 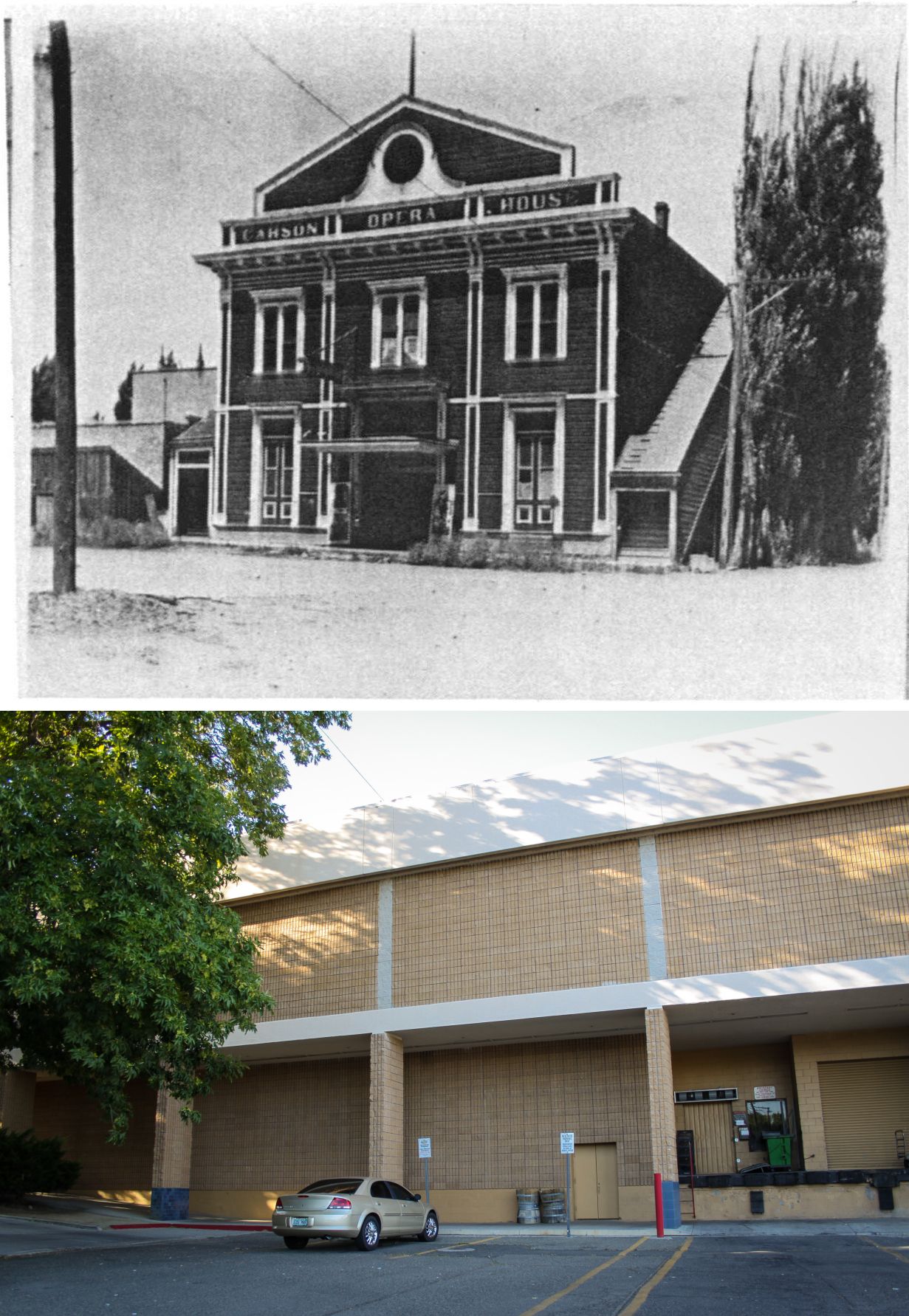