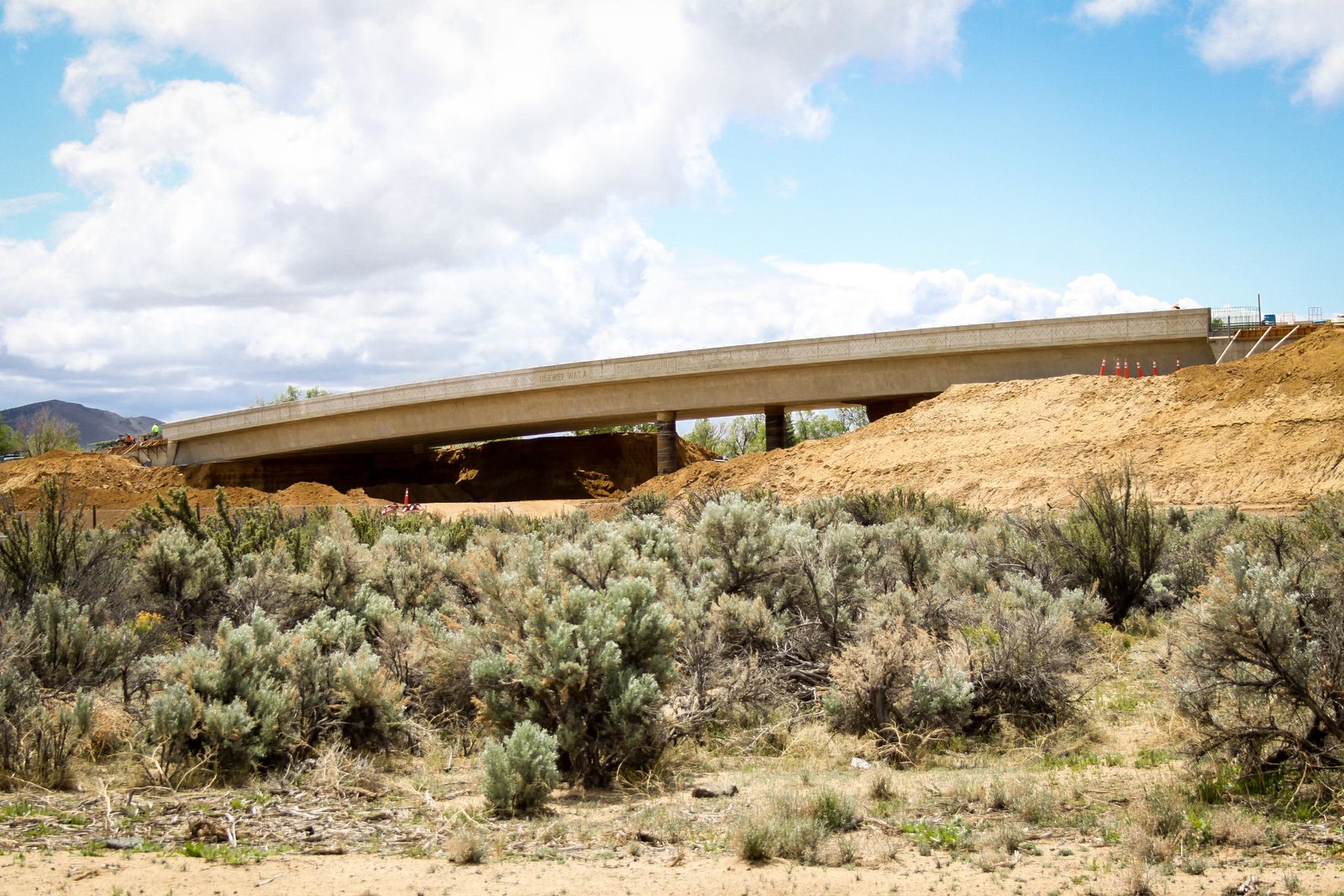 It’s been over a year since construction on the south leg of the Carson City Freeway started, and several months since work on the bridge hit the point of not having much visible progress. Recently they hit a big milestone, though, and we’re back to having lots of exciting progress on the freeway. 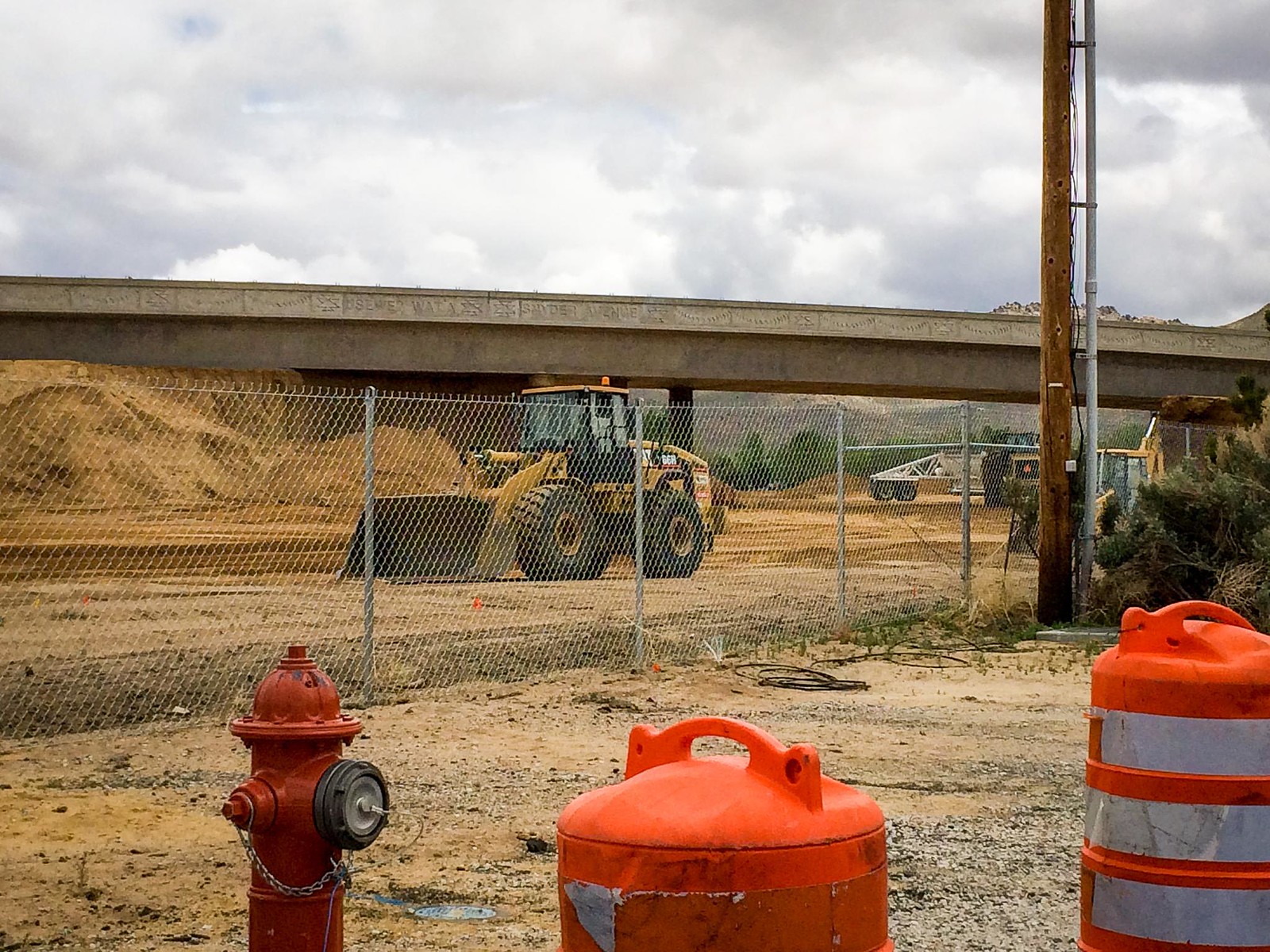 The biggest news is that the bridge deck is finished, and they’ve been digging out the dirt from under it. NDoT figured out the best way to build a bridge is to pile up dirt, build the bridge on top of the dirt, then dig the dirt back out again. They’ve hit the third phase of that plan, digging it out. Heavy equipment has been removing dirt from under the bridge daily, and the bridge is actually starting to look like a bridge for the first time ever. 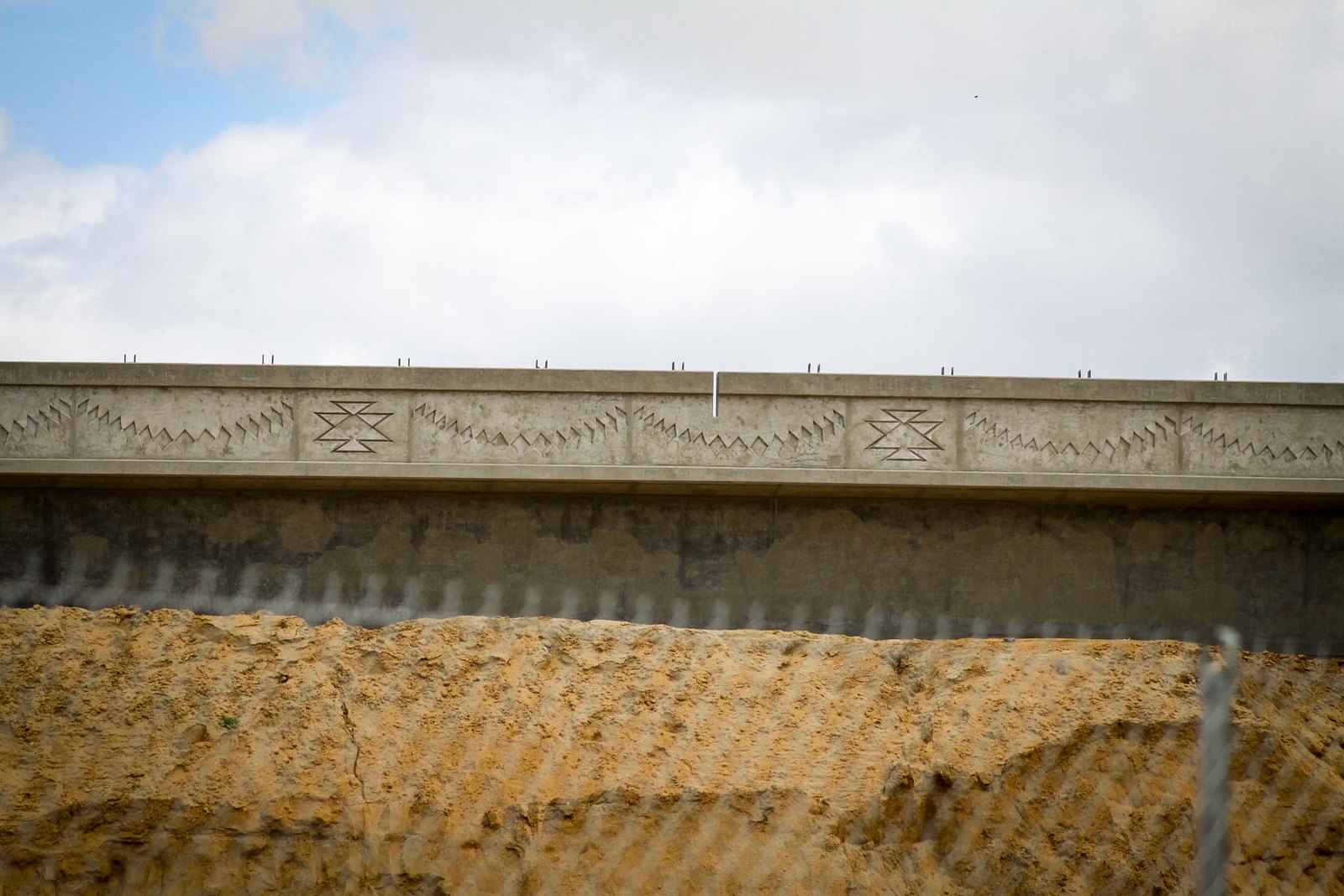 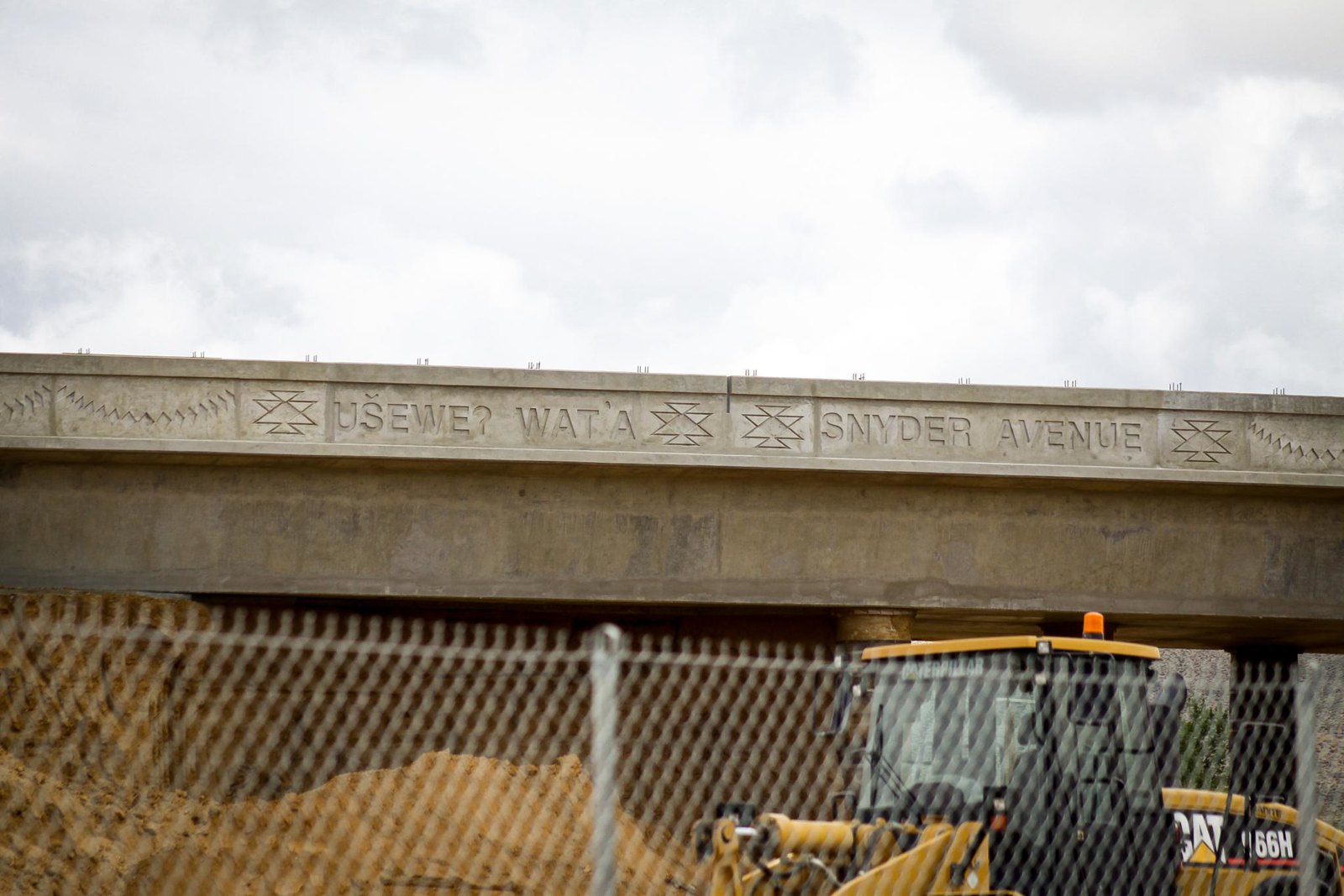 Also the forms have come down from the bridge, so we can see the decorative artwork that has been shaped into the concrete. Since this road leads to the Stewart Indian Colony, they went with a Washo motif here. The street name, which is also engraved on every other freeway bridge in town, is here inscribed in two languages, English (Synder Avenue) and Washo (UÅ¡eweÊ” Wat’a). 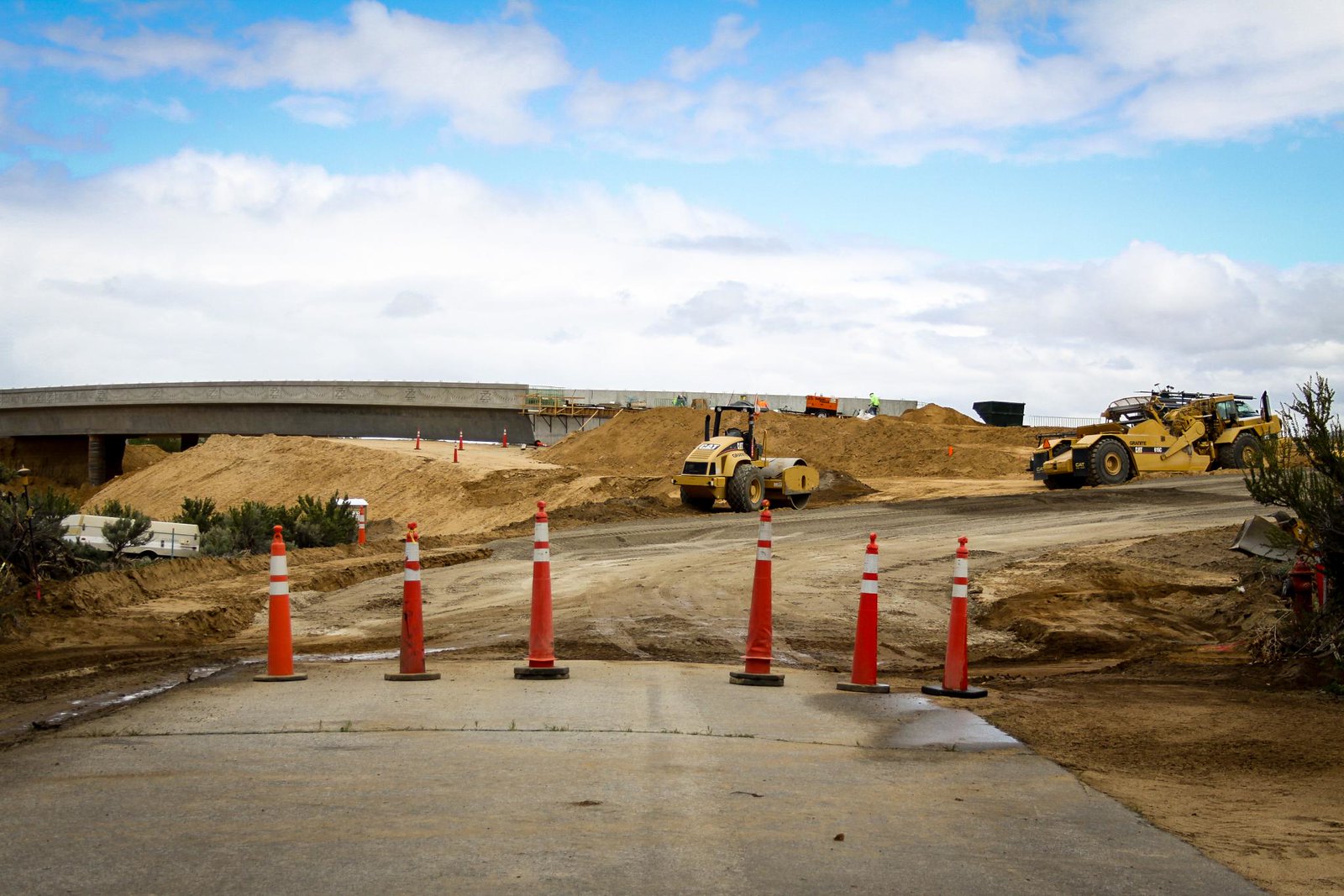 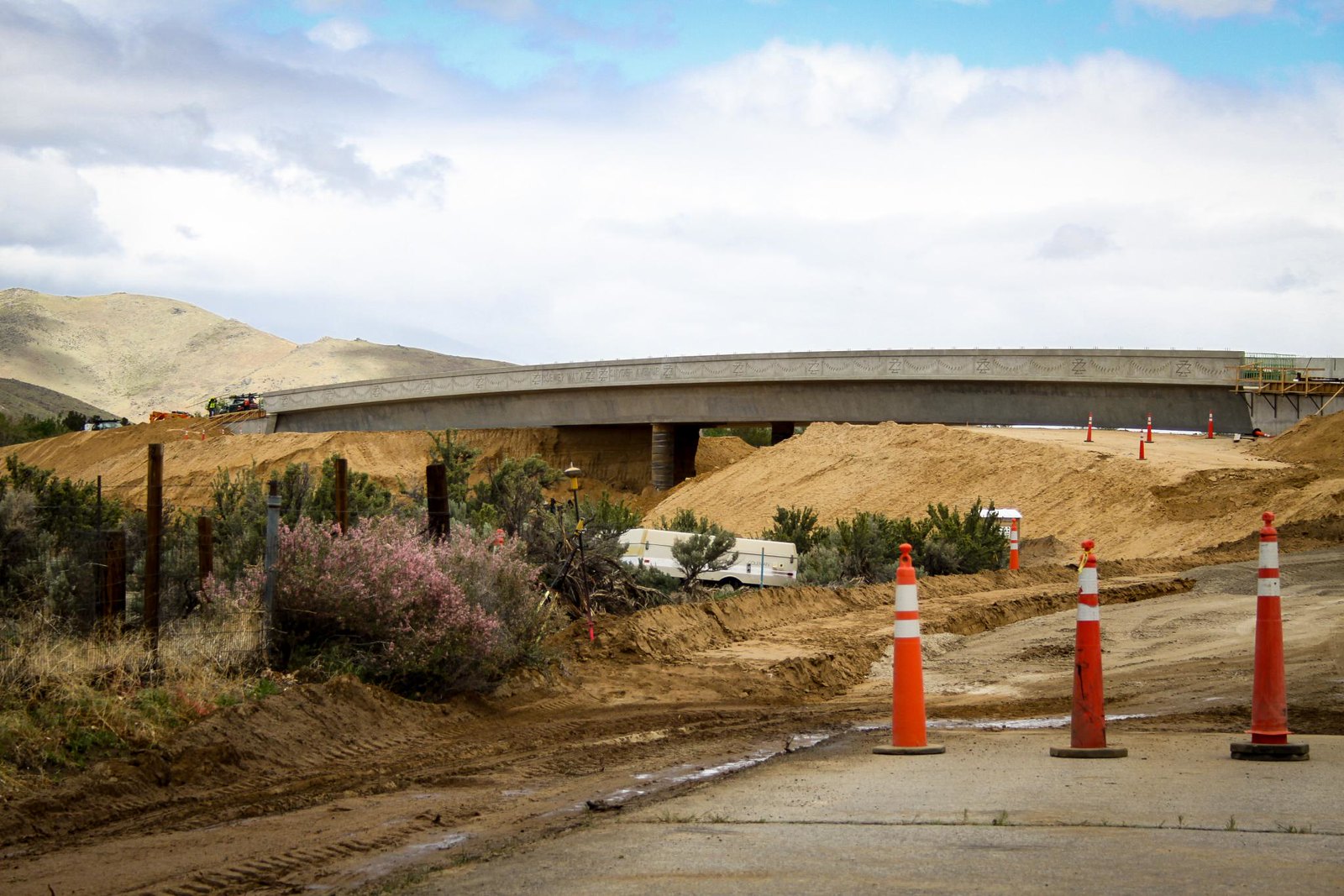 With the bridge done, attention can now shift to the approaches to the bridge. 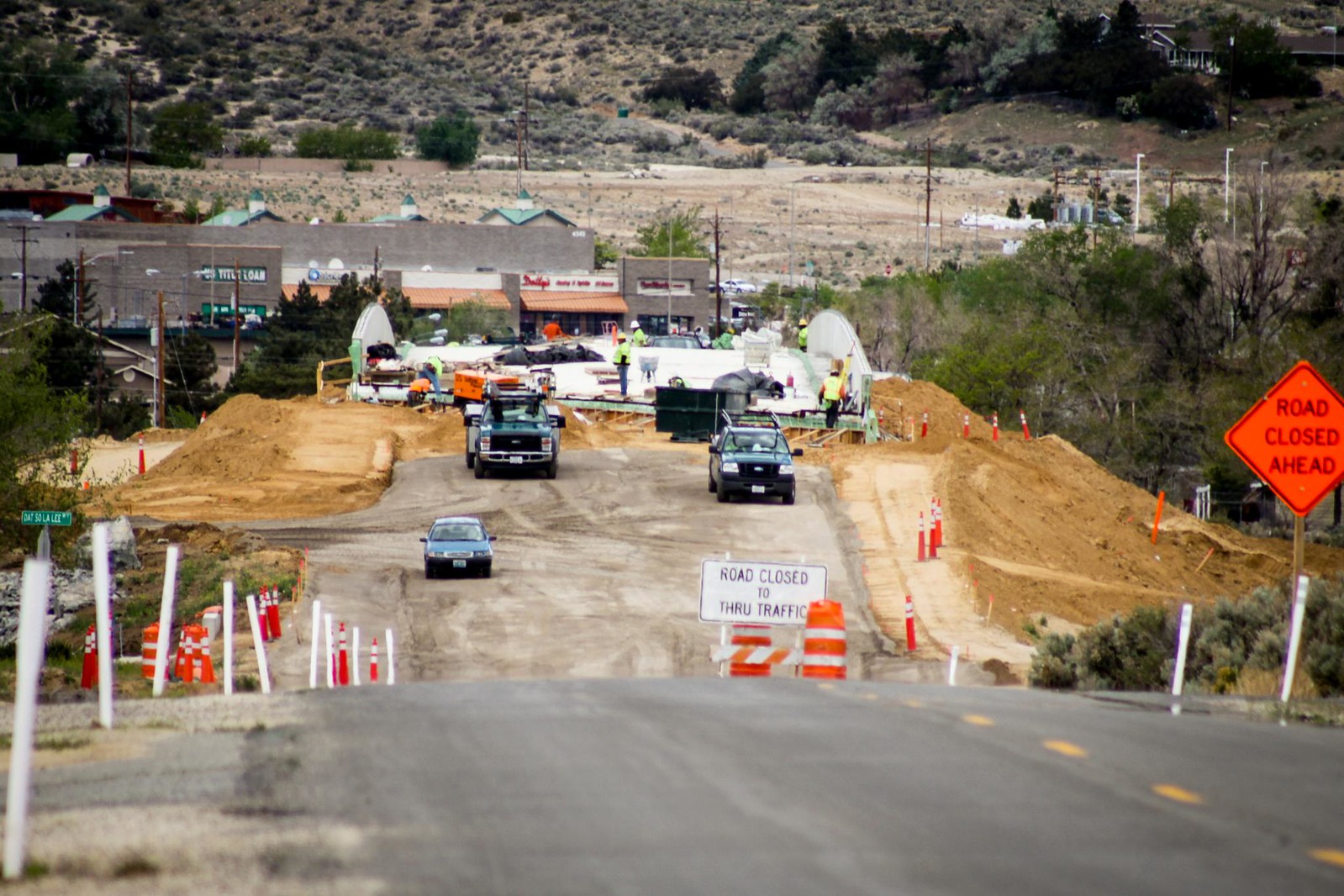 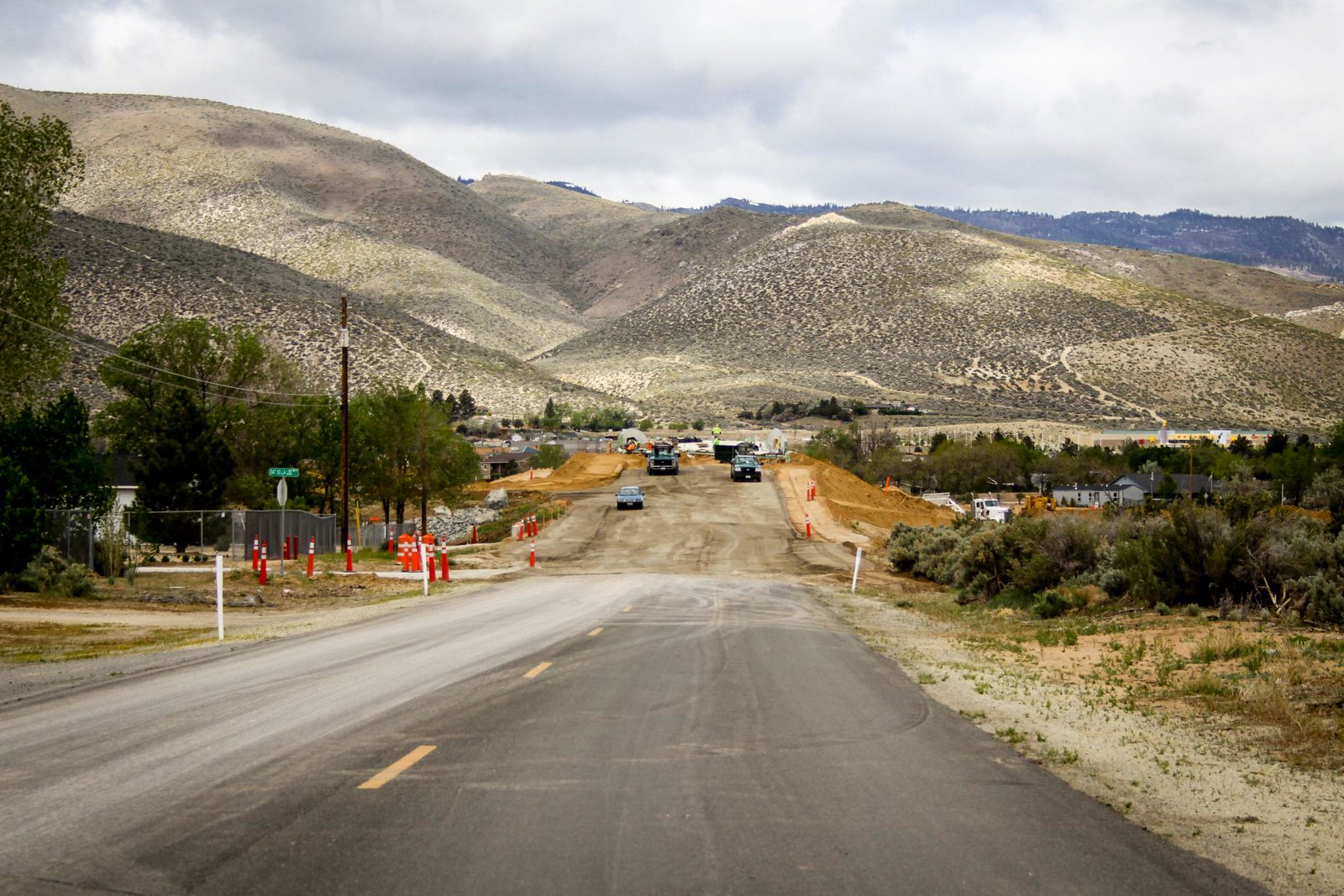 Curbs and sidewalks are being poured on the embankments. 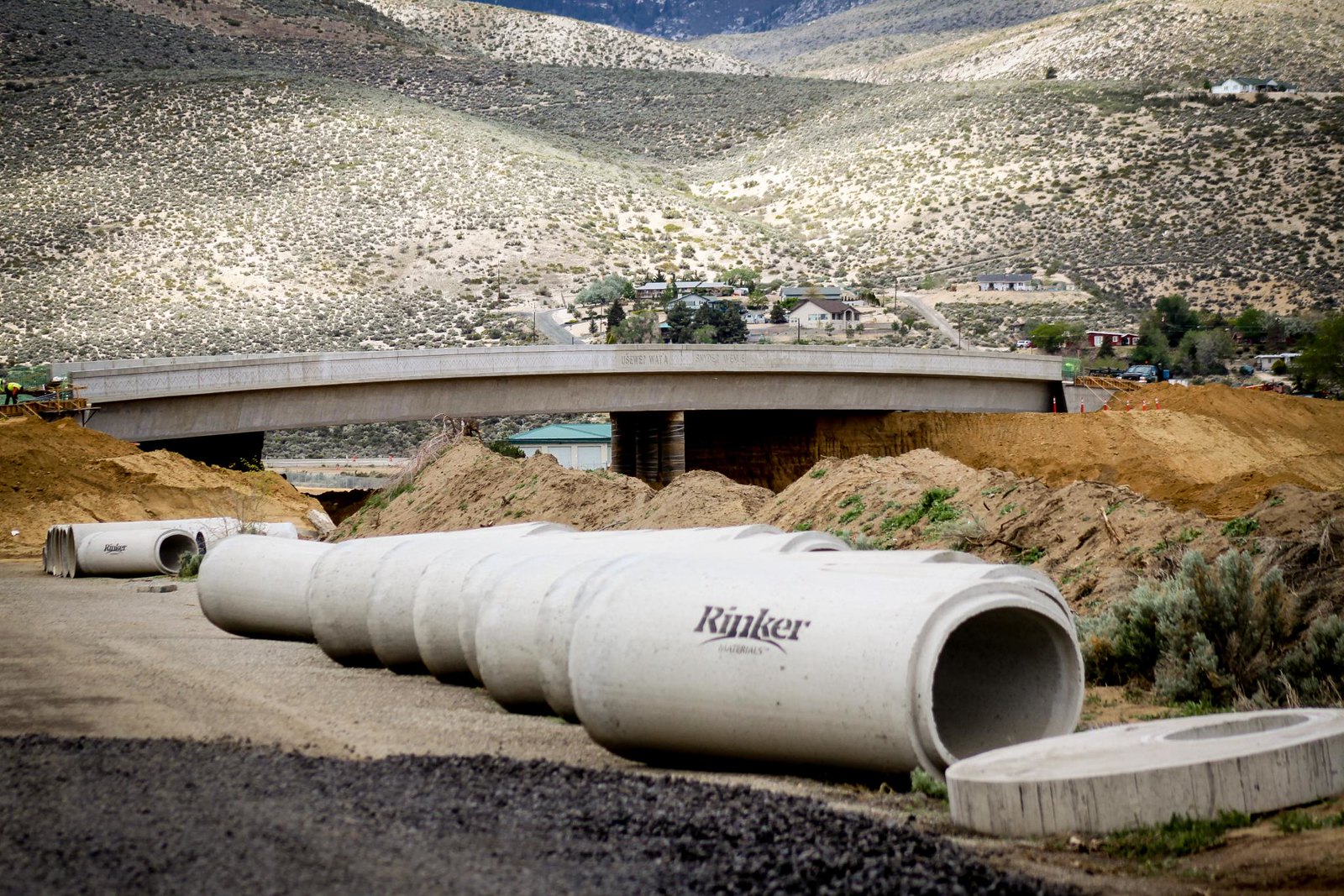 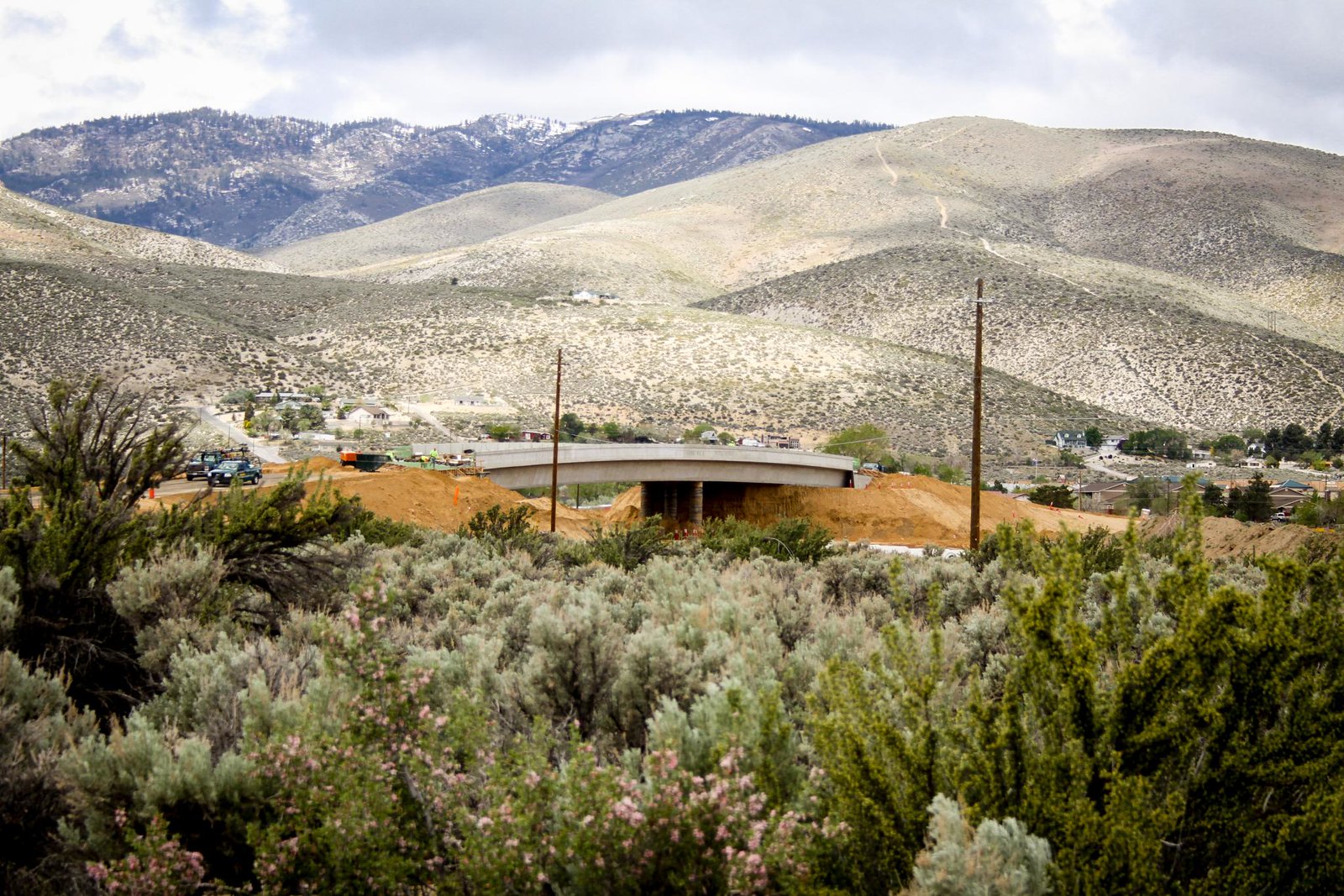 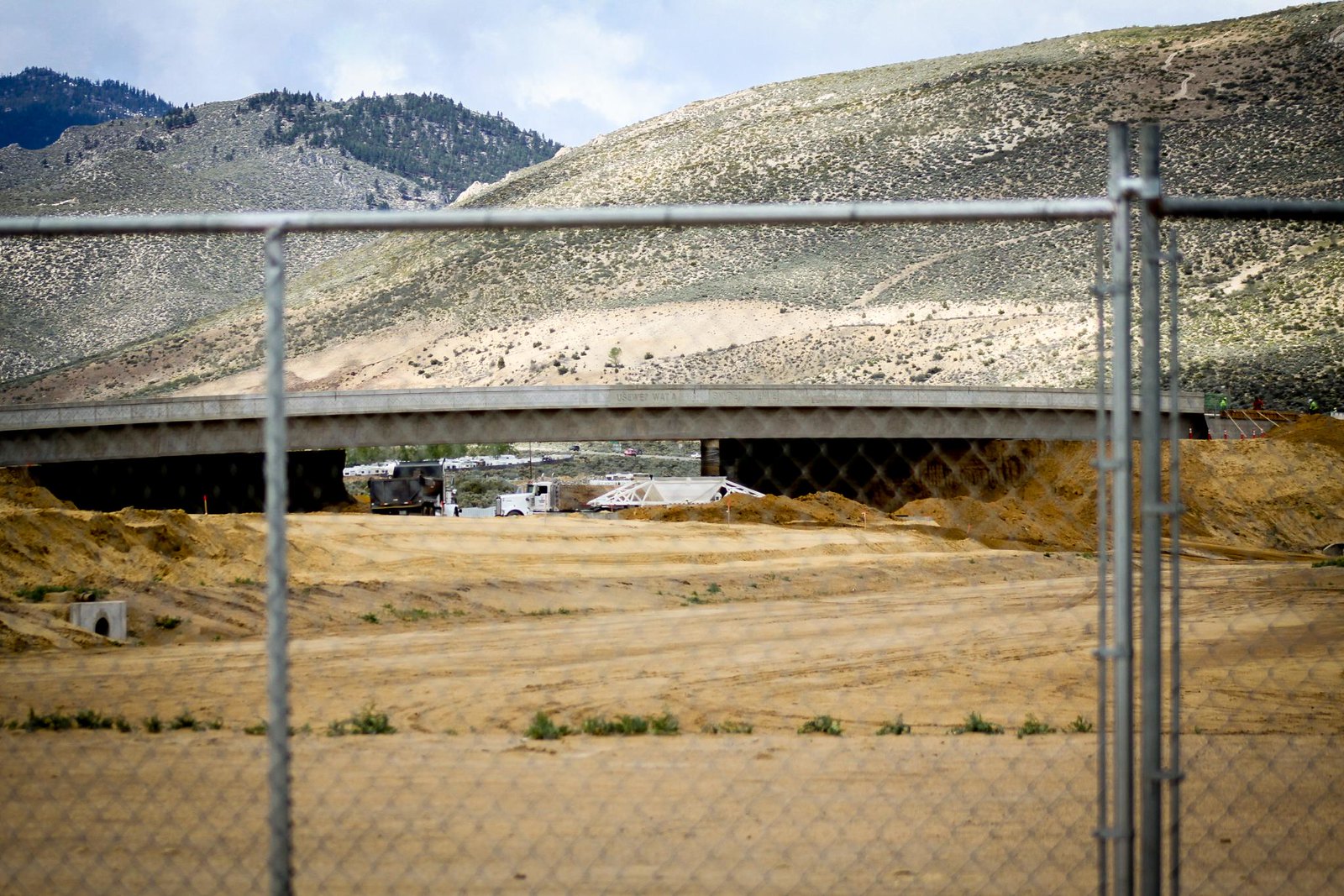 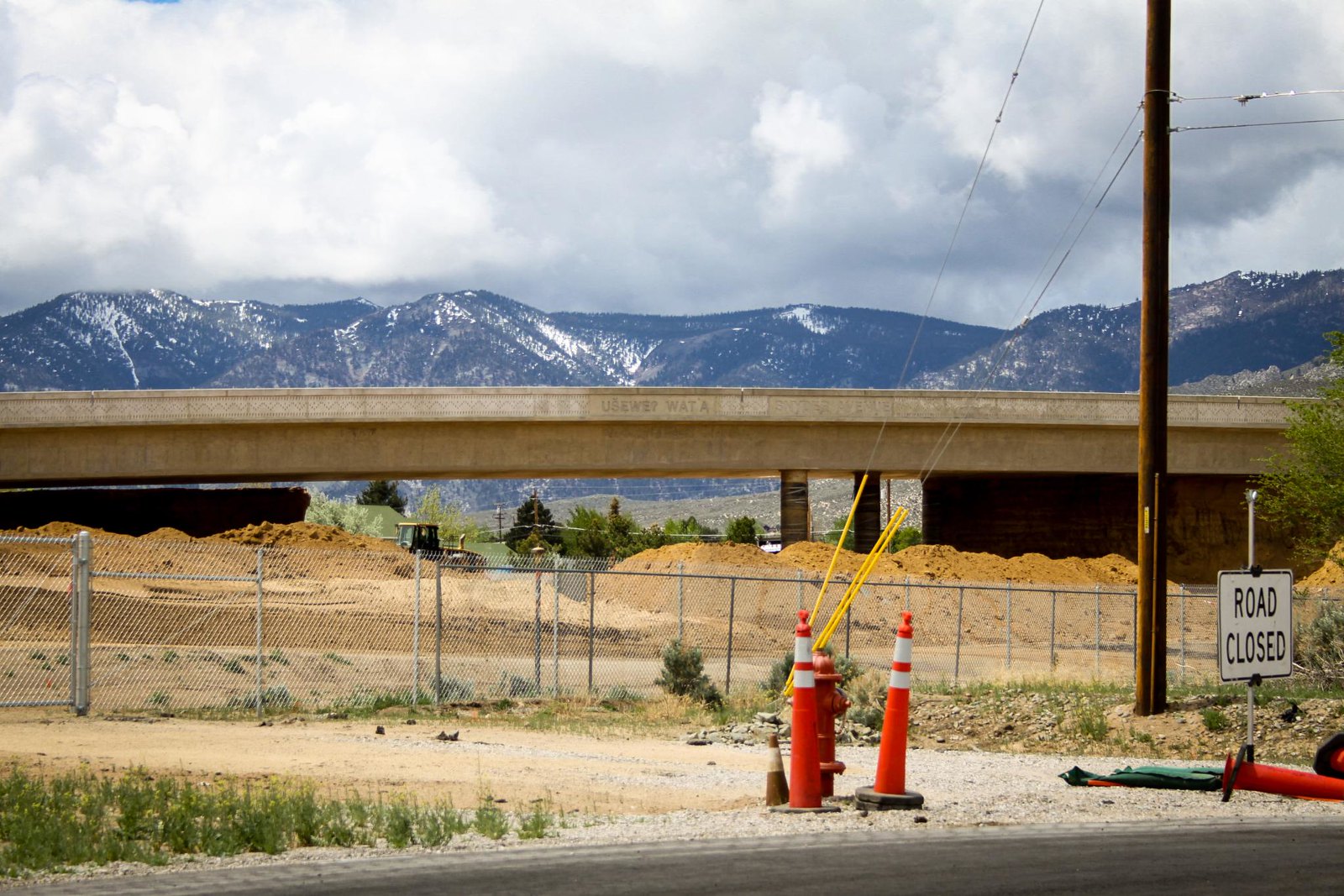 The bridge pillars, which have been buried underground for a year, are now seeing sunlight again, and are finally doing their job of supporting the bridge’s weight. 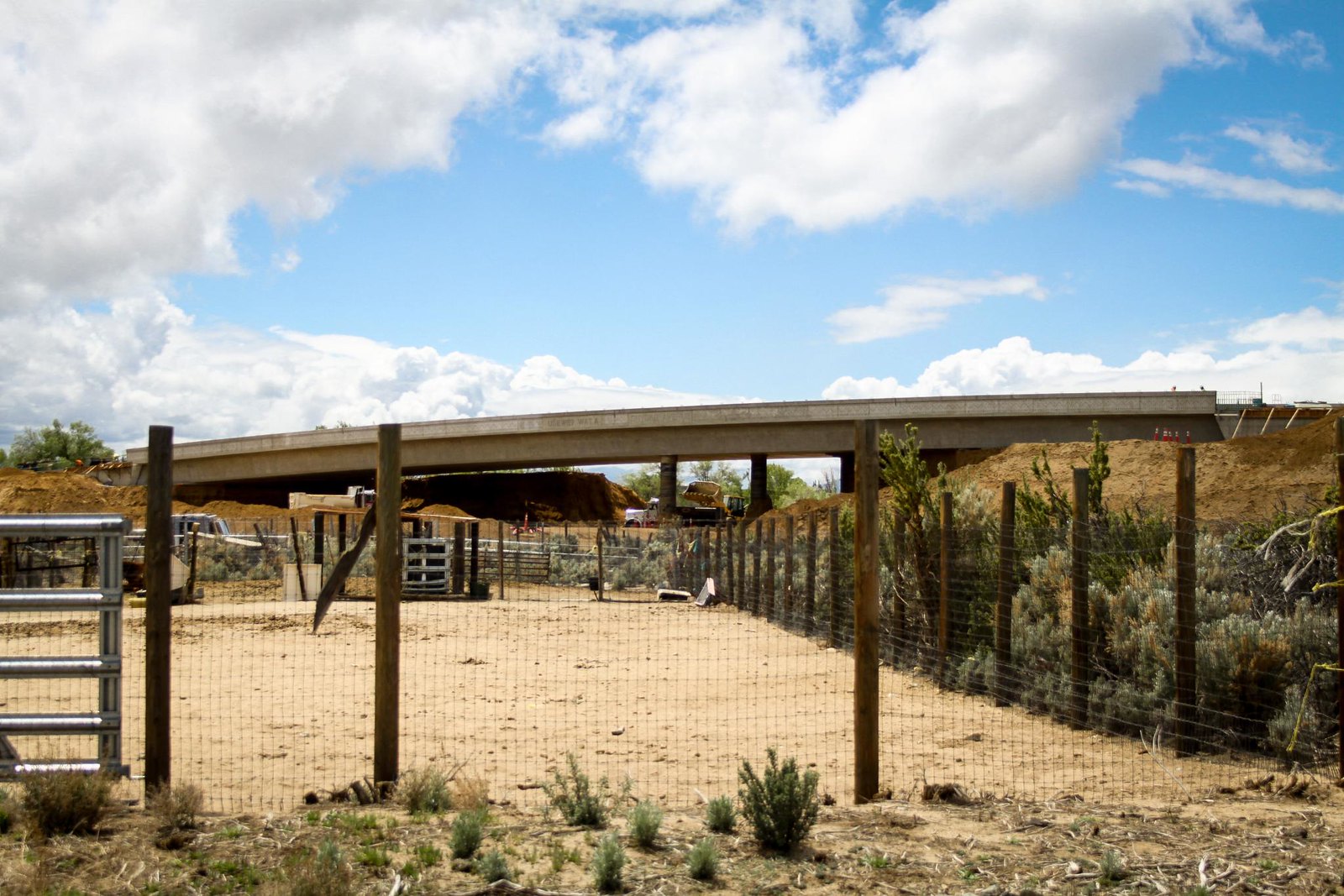 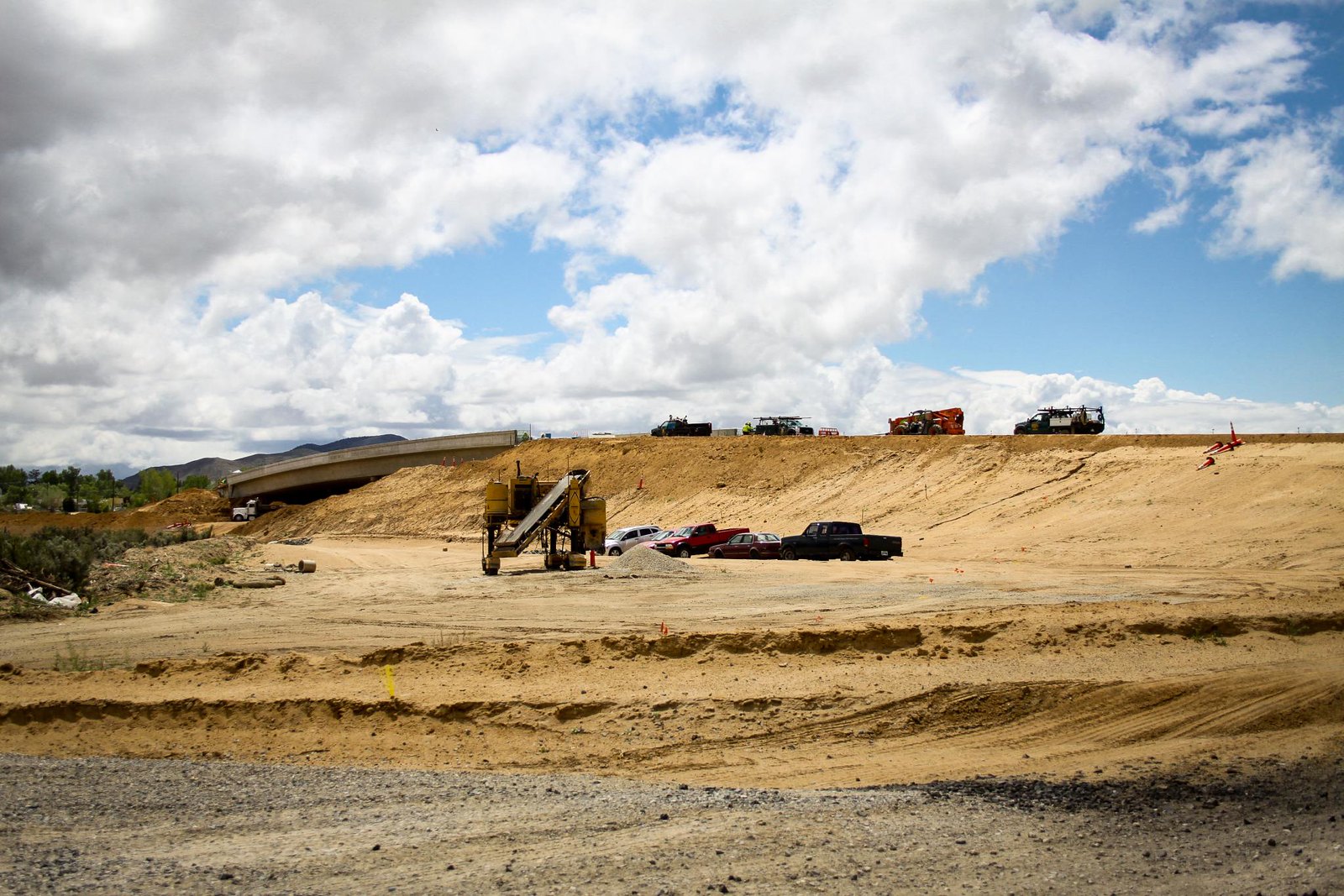 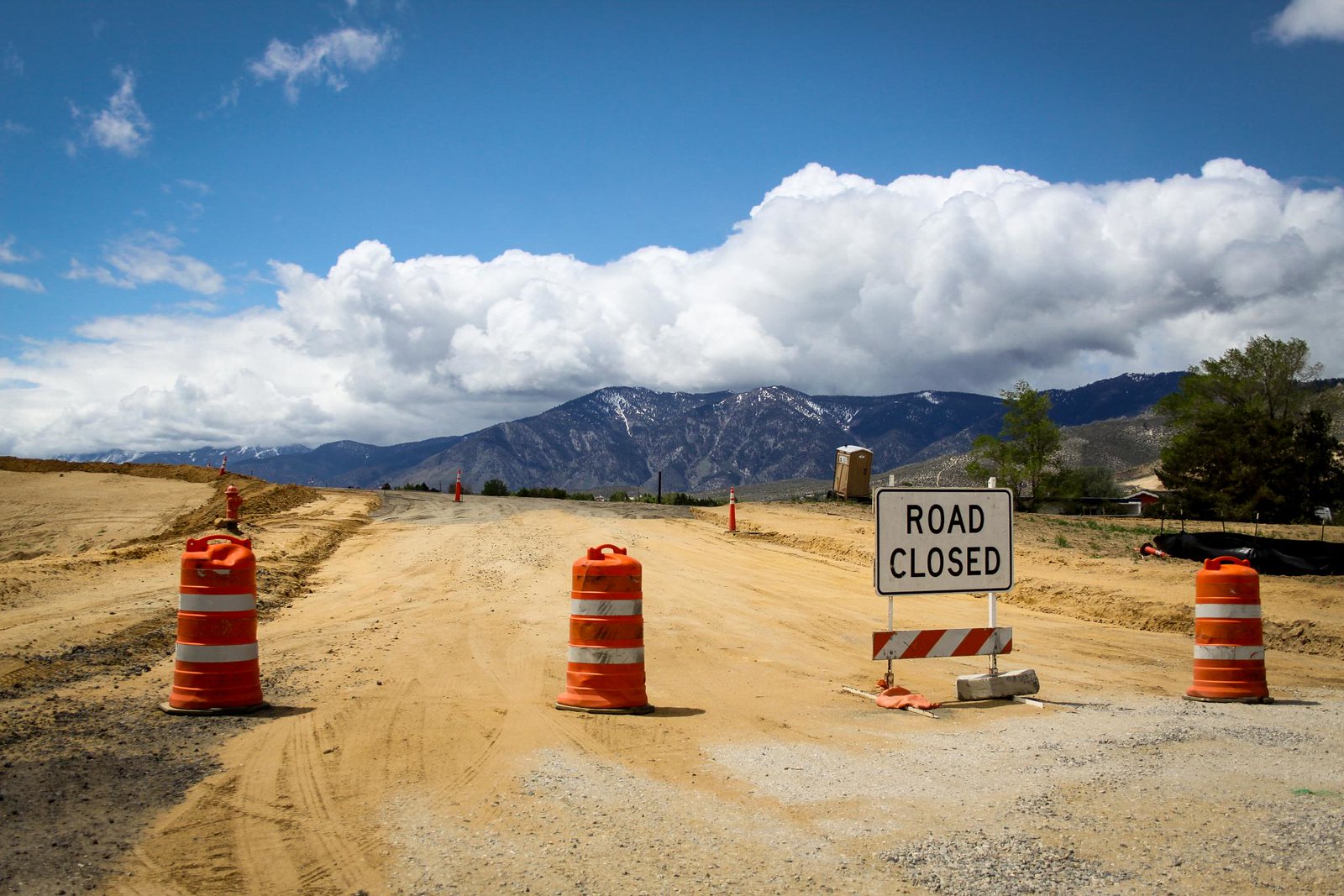 The hard part of the job done, reopening Snyder is now just a matter of some plain old fashioned road construction. 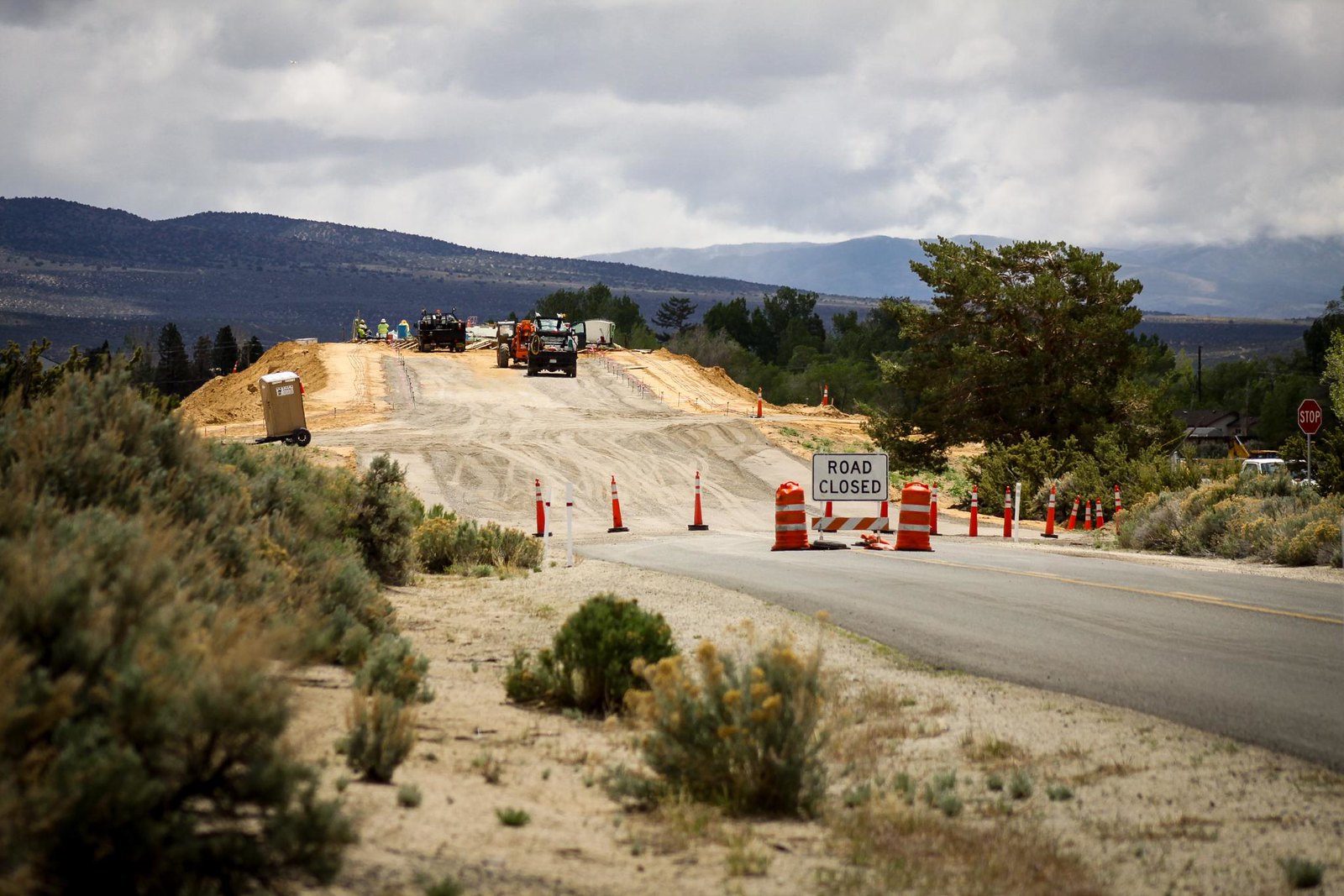 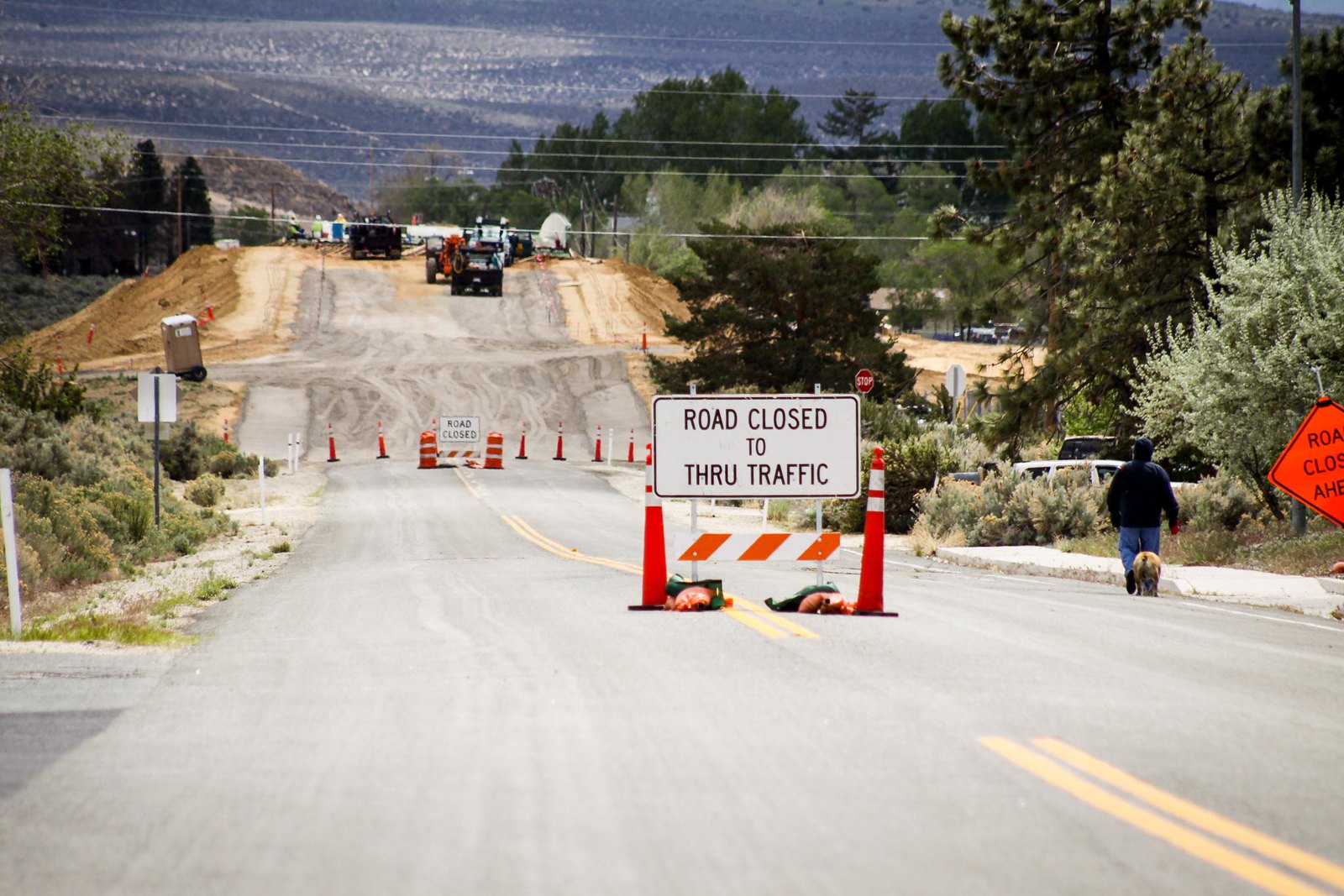 Since the frontage road next to Carson Street is now closed permanently, it had to be gracefully closed off at each end. At the north end, they put in a dead-end cul de sac. At the south end, seen here, the road curves to meet up with Arthur Drive. 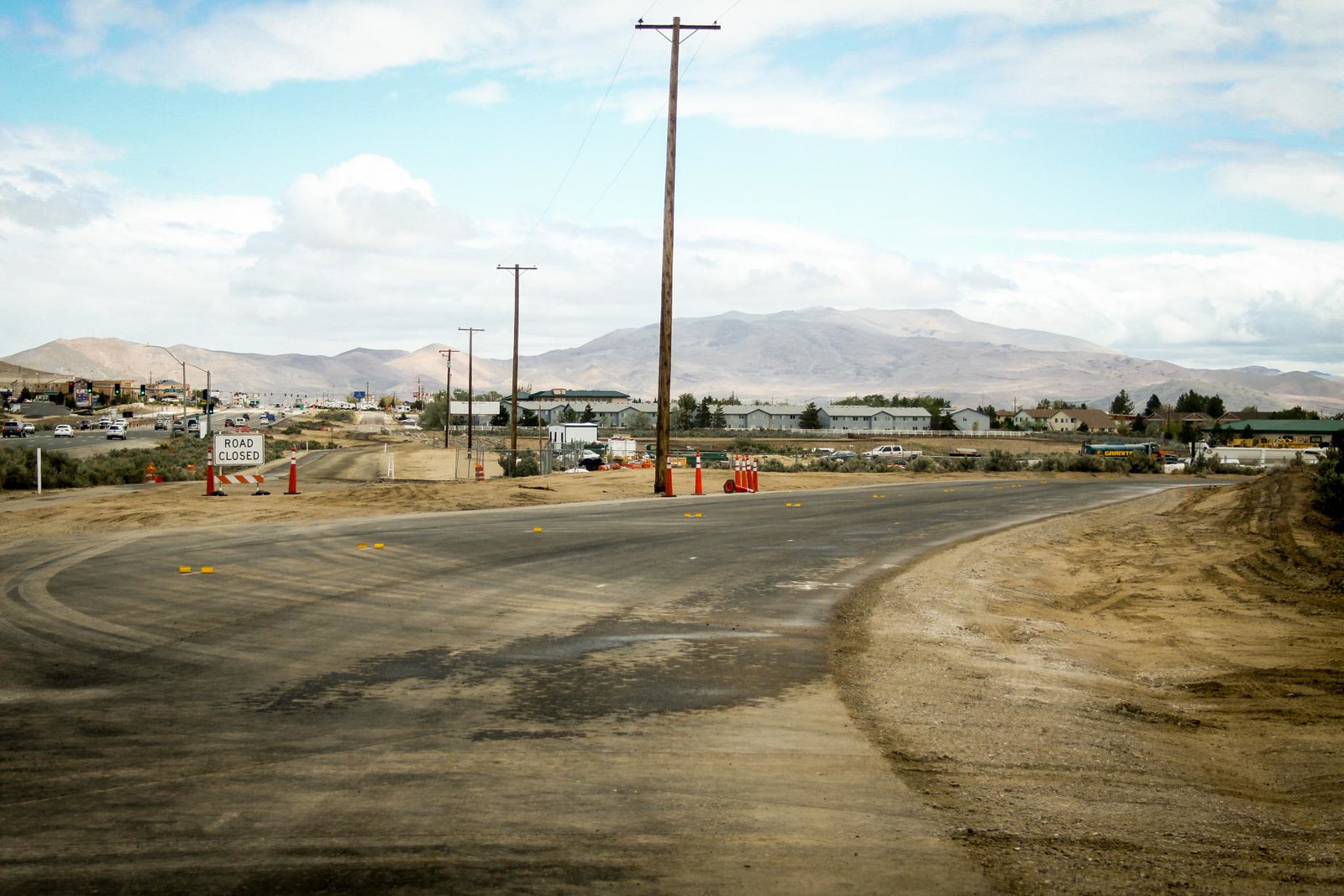 According to the Nevada Appeal, the Snyder overpass will be finished and open in June. The Carson Street overpass is being pushed to a Phase 4 project, so that’s not going to be worked on for years. The freeway instead will open with just a stoplight where it meets Carson Street. So now all that remains to be done is grading and paving the freeway roadbed from Fairview to Carson Street, a couple-mile stretch that will cost about $42 million. They’re hoping to start on that project next summer and open the freeway in Fall 2016, but that’s only if their federal funding doesn’t dry up. 2016 would be 10 years after Phase 1 of the freeway opened, and about 60 years after a bypass freeway was first conceived.