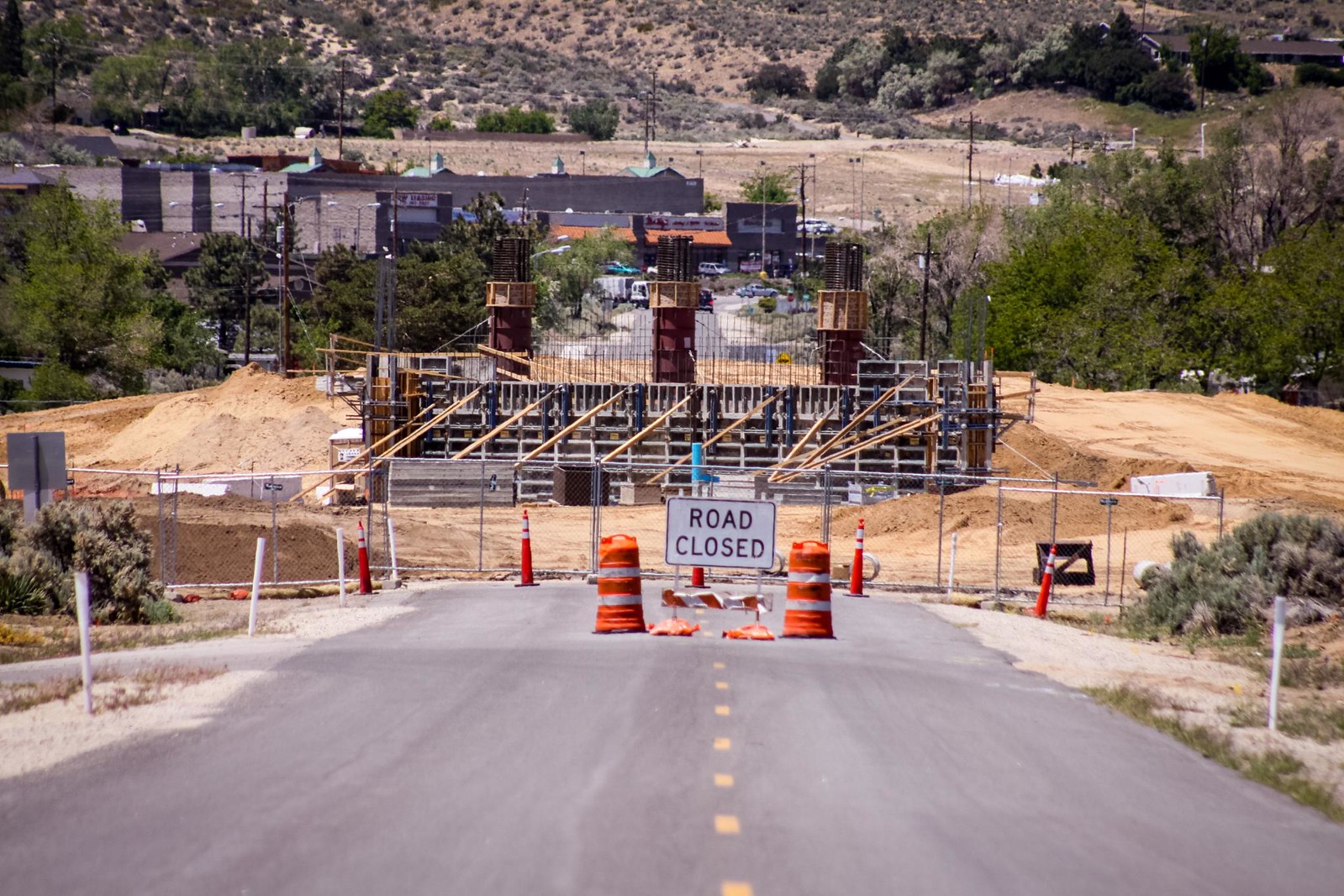 There’s been a lot of work going on at the south end of town. Construction crews have been working for a couple of months on the Carson City Freeway, and there’s a lot of progress to see. 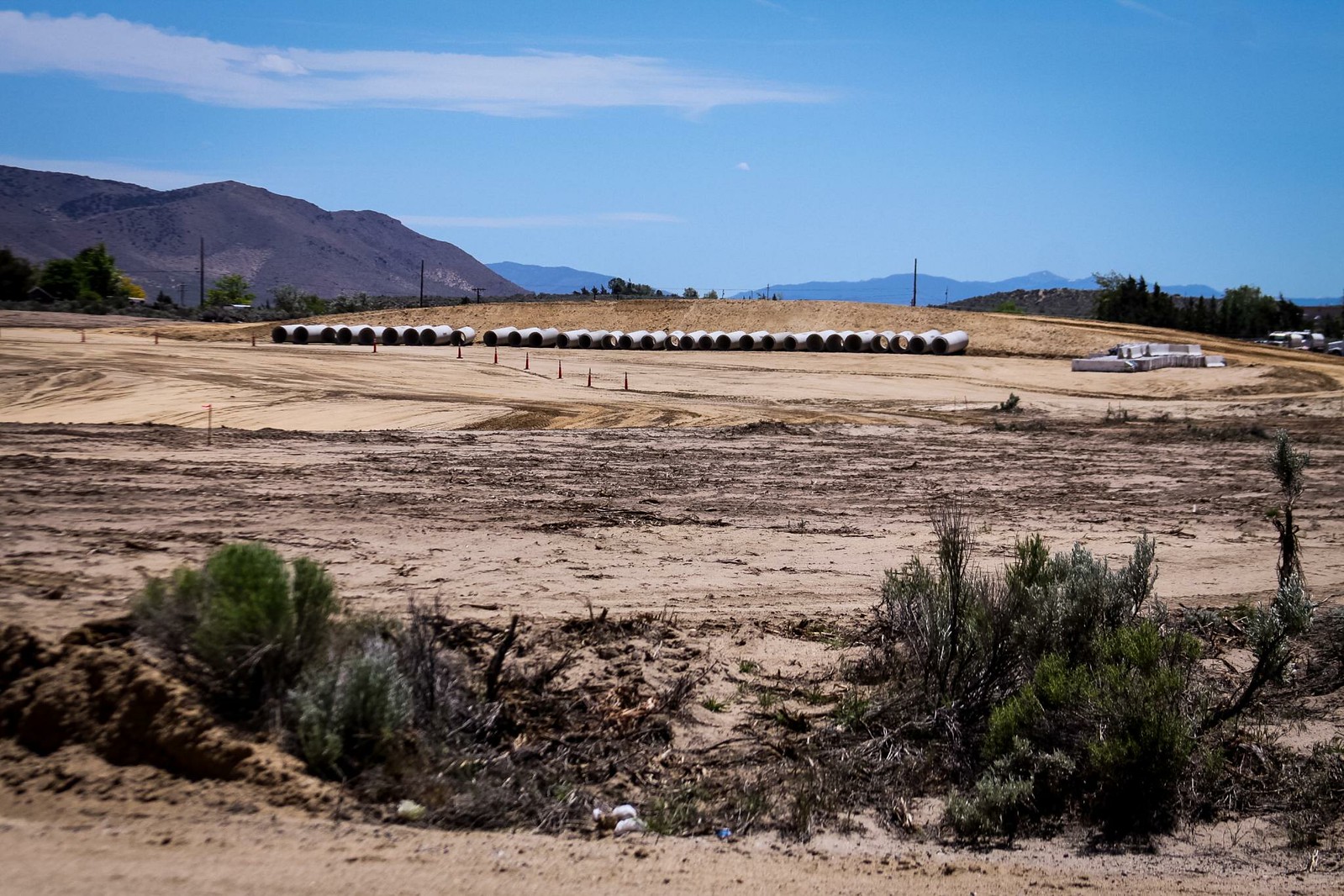 At the base of Spooner Summit, they’ve been doing a lot of earthmoving. At this point the freeway will rise up onto an overpass to cross 395. They’ve been working for a couple of months to build up the dirt and create the ramp to the overpass. 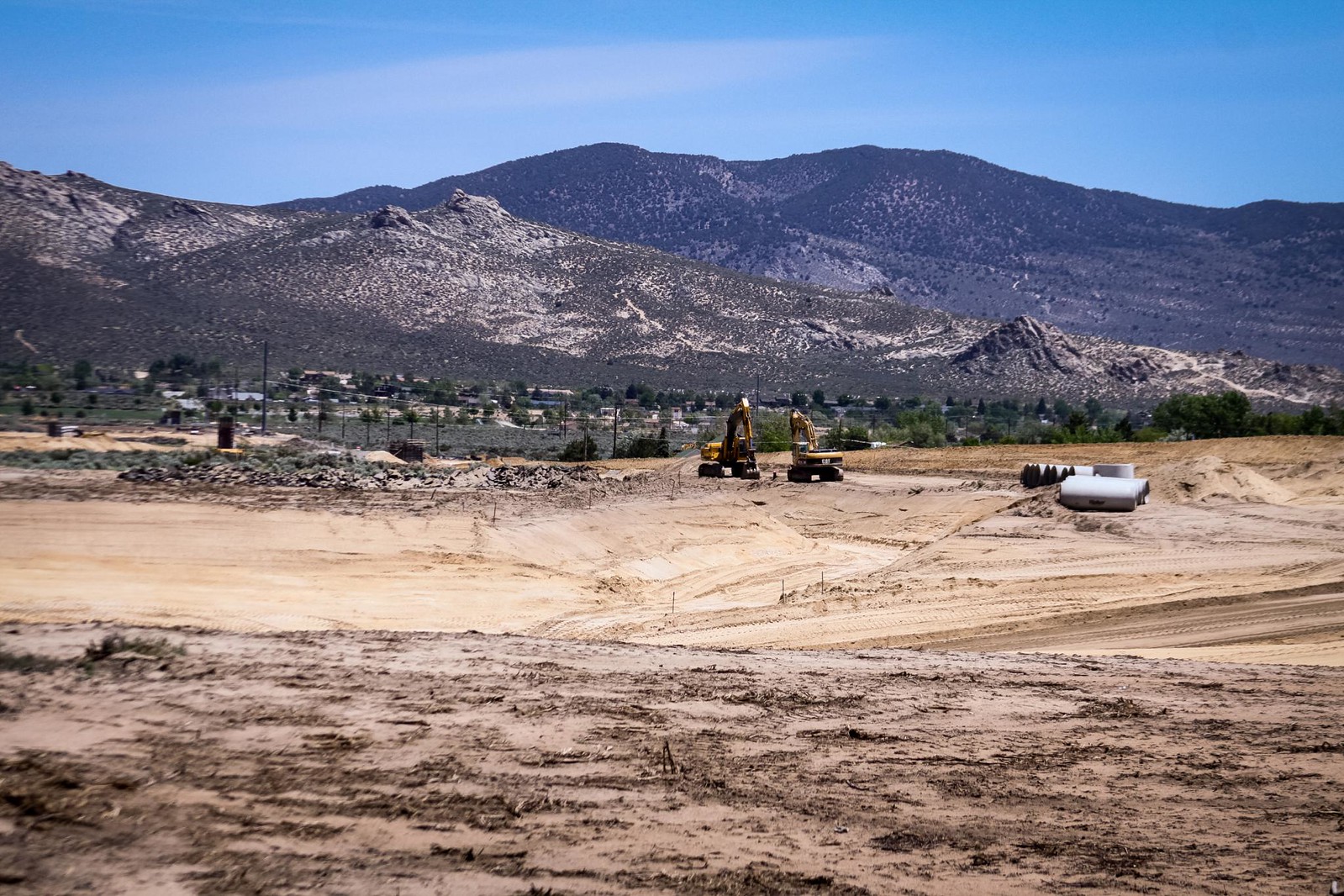 They are also working on drainage structures and retention ponds around the path of the freeway. At New Years’, this was all a flat expanse of sagebrush that had never been touched. Now it’s slowly becoming an actual freeway. 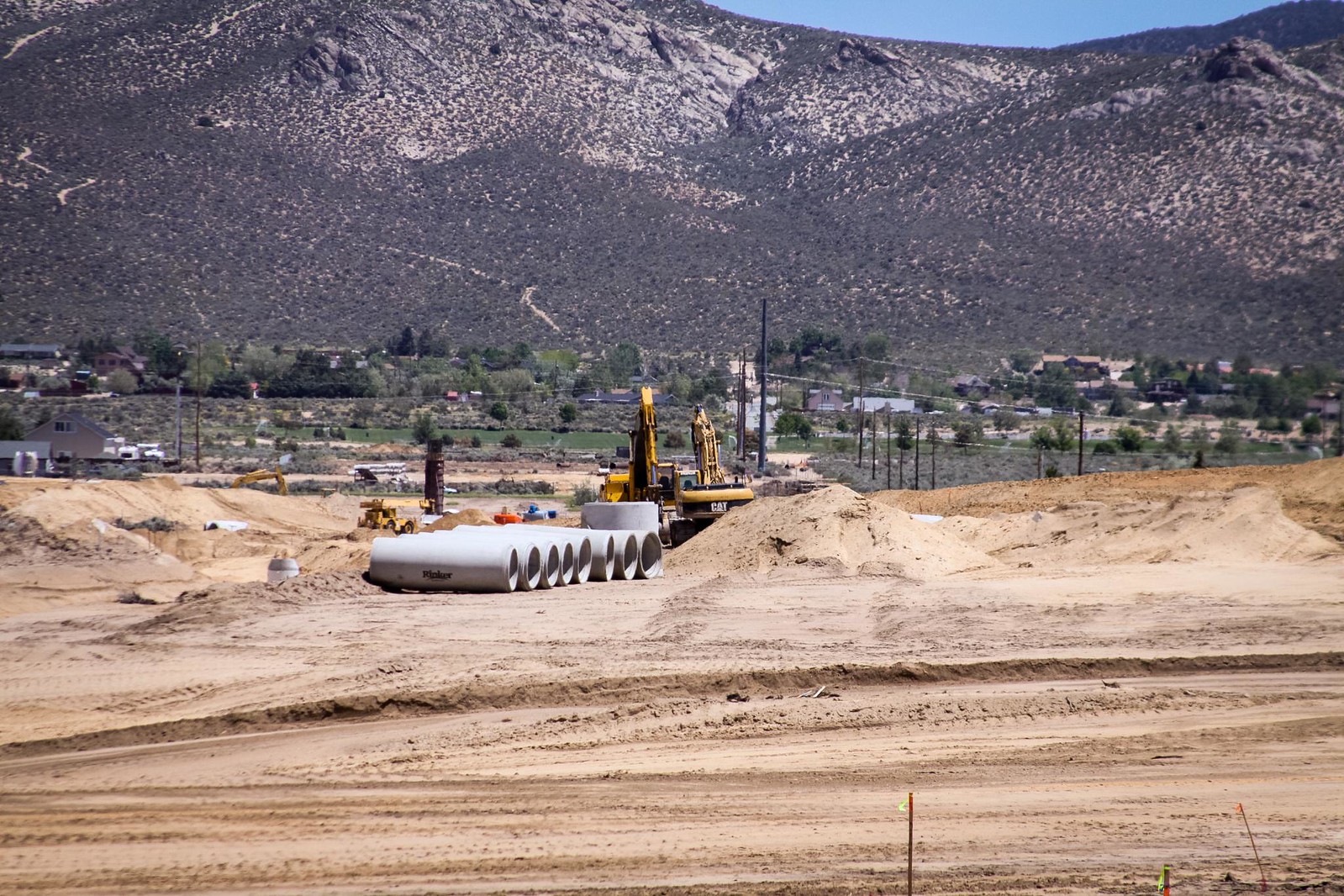 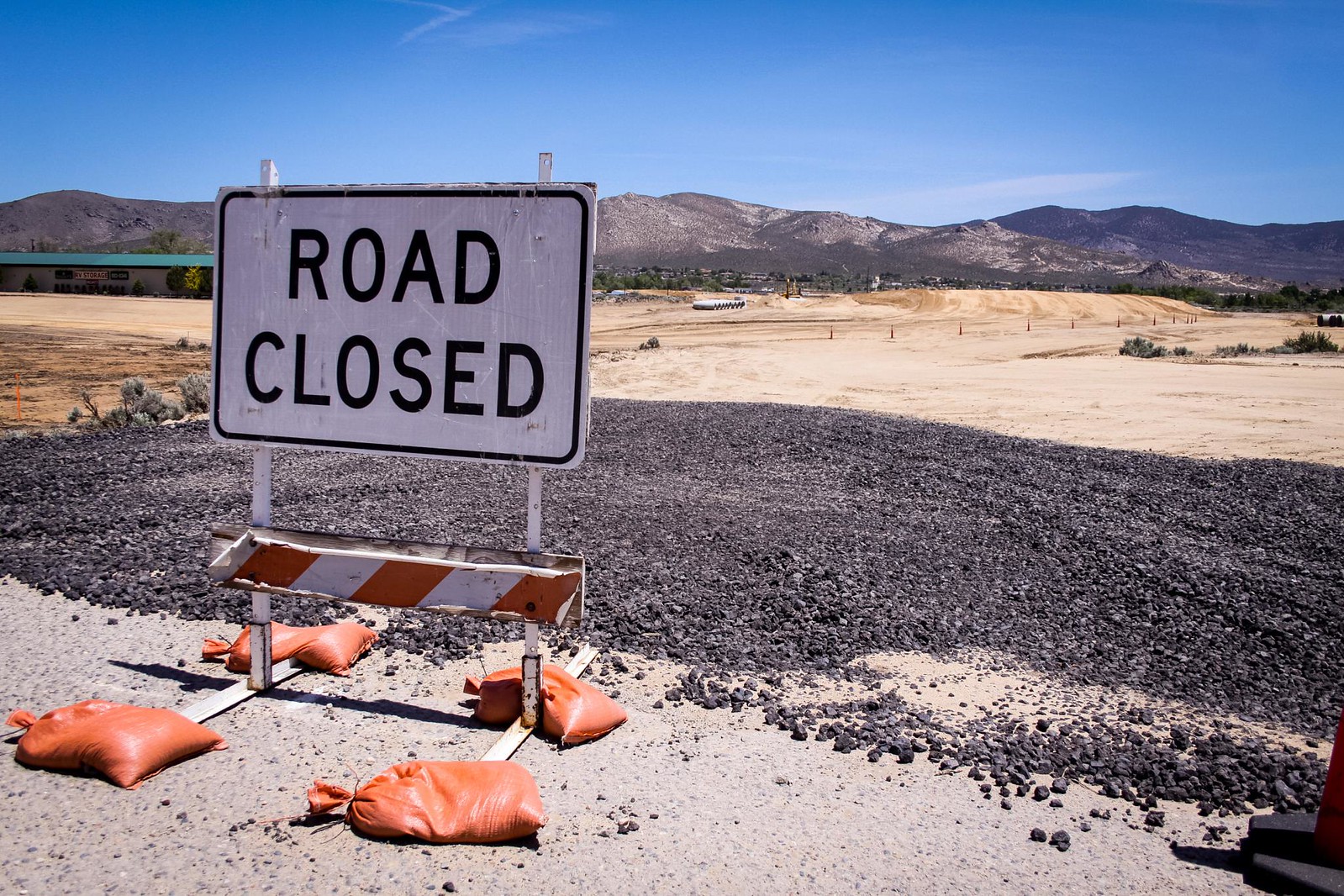 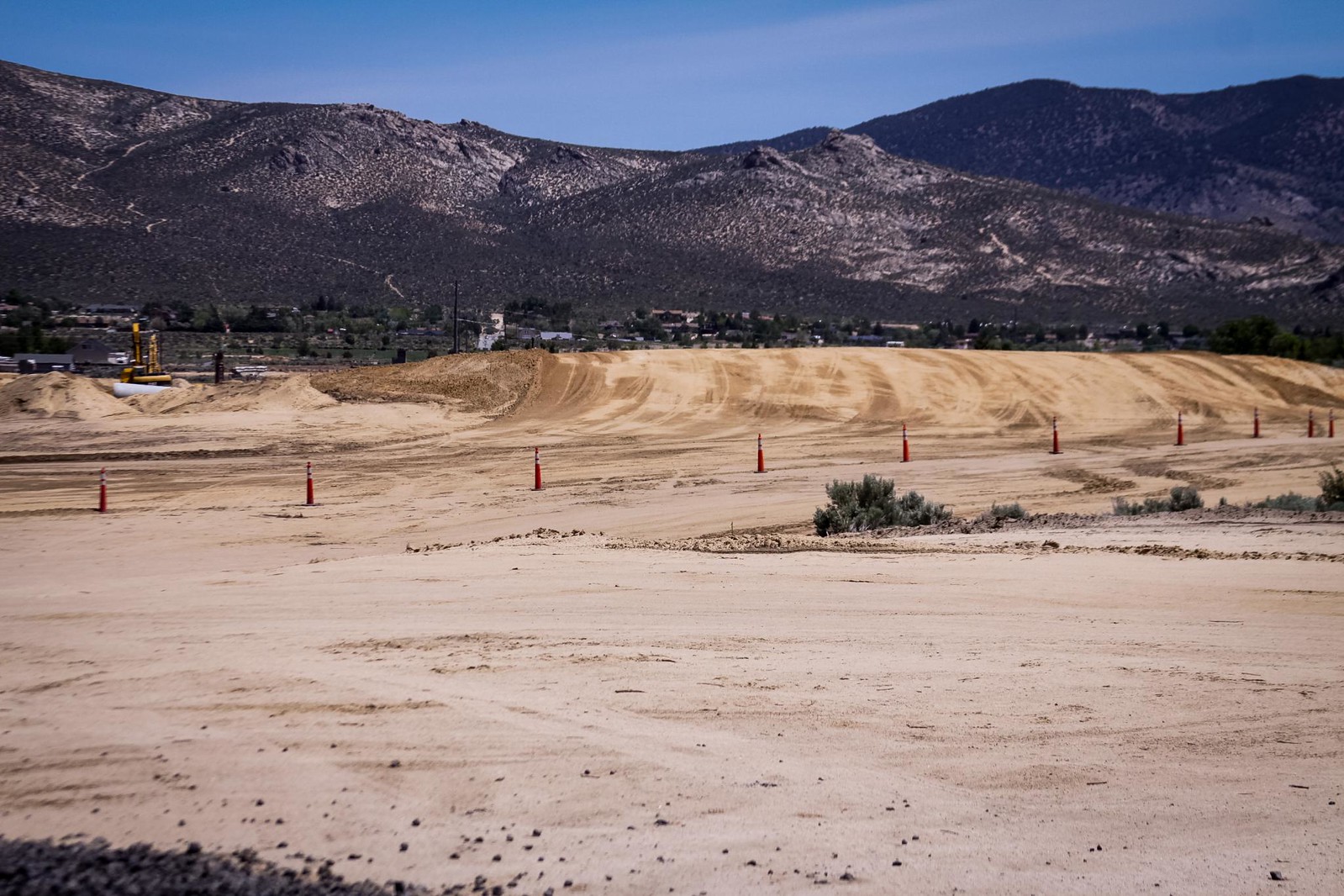 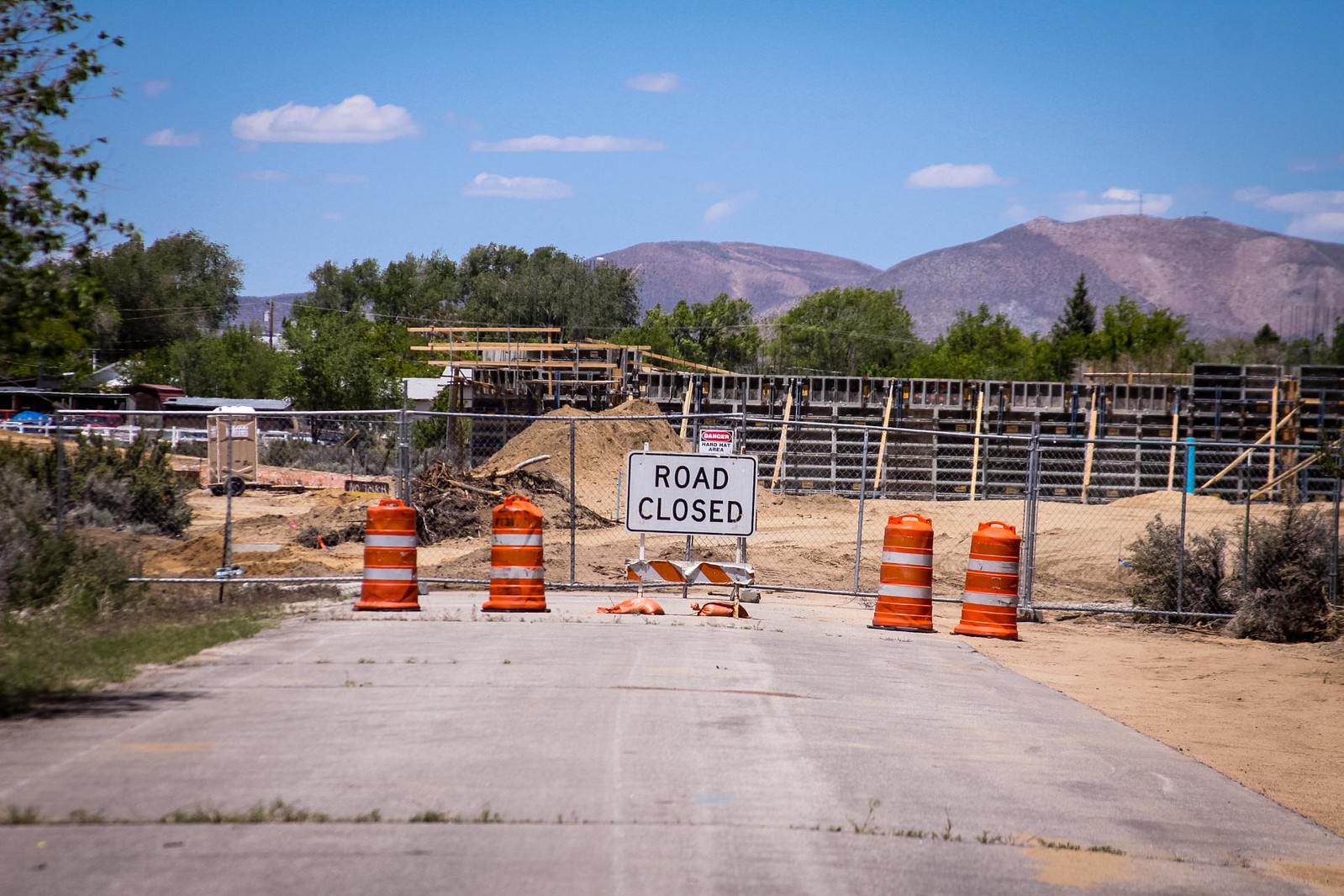 Down the road, where the freeway intersects Synder Avenue, another project is taking shape. Here an overpass is being built for Snyder to pass over the freeway. The support columns are rising, as are the embankments. 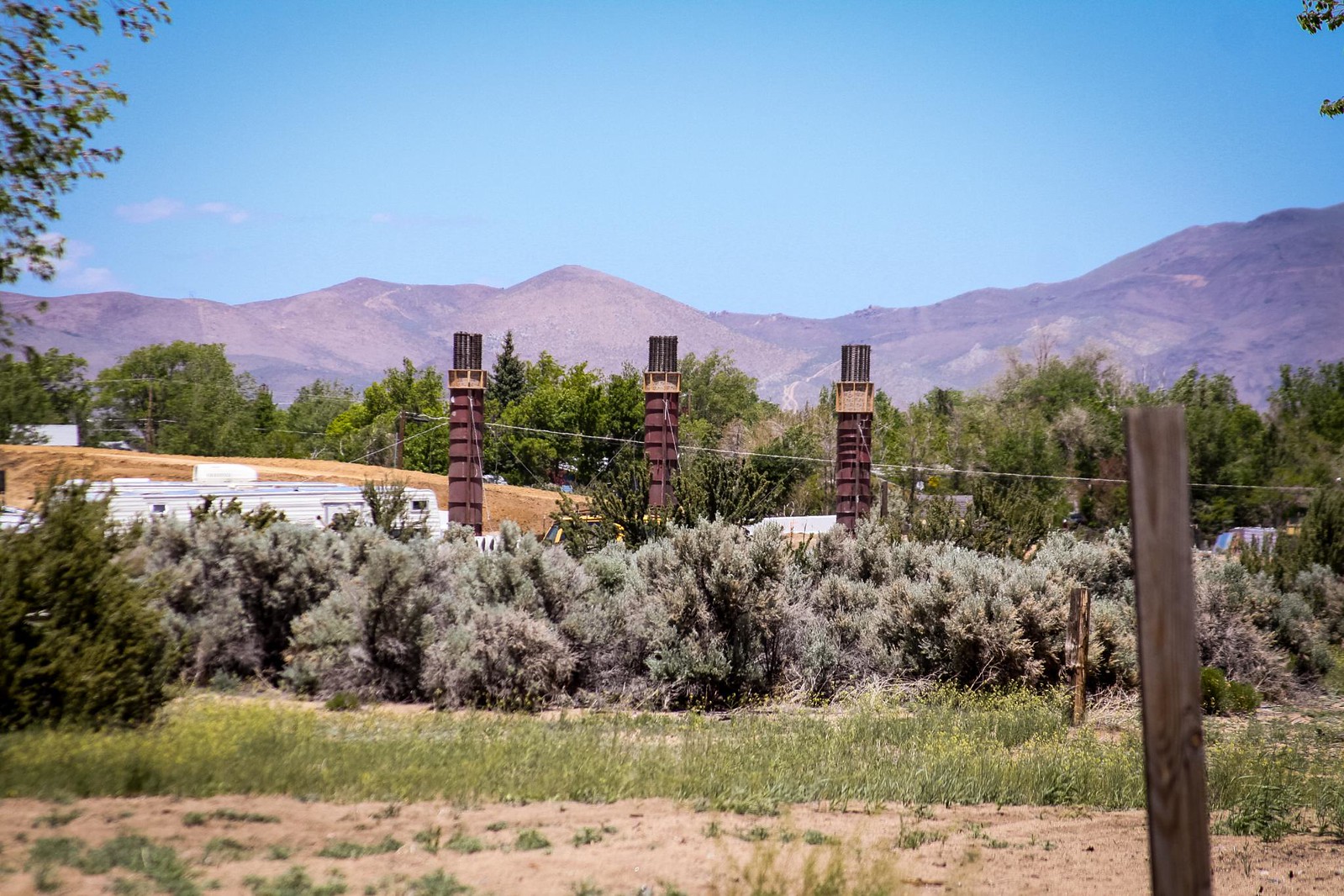 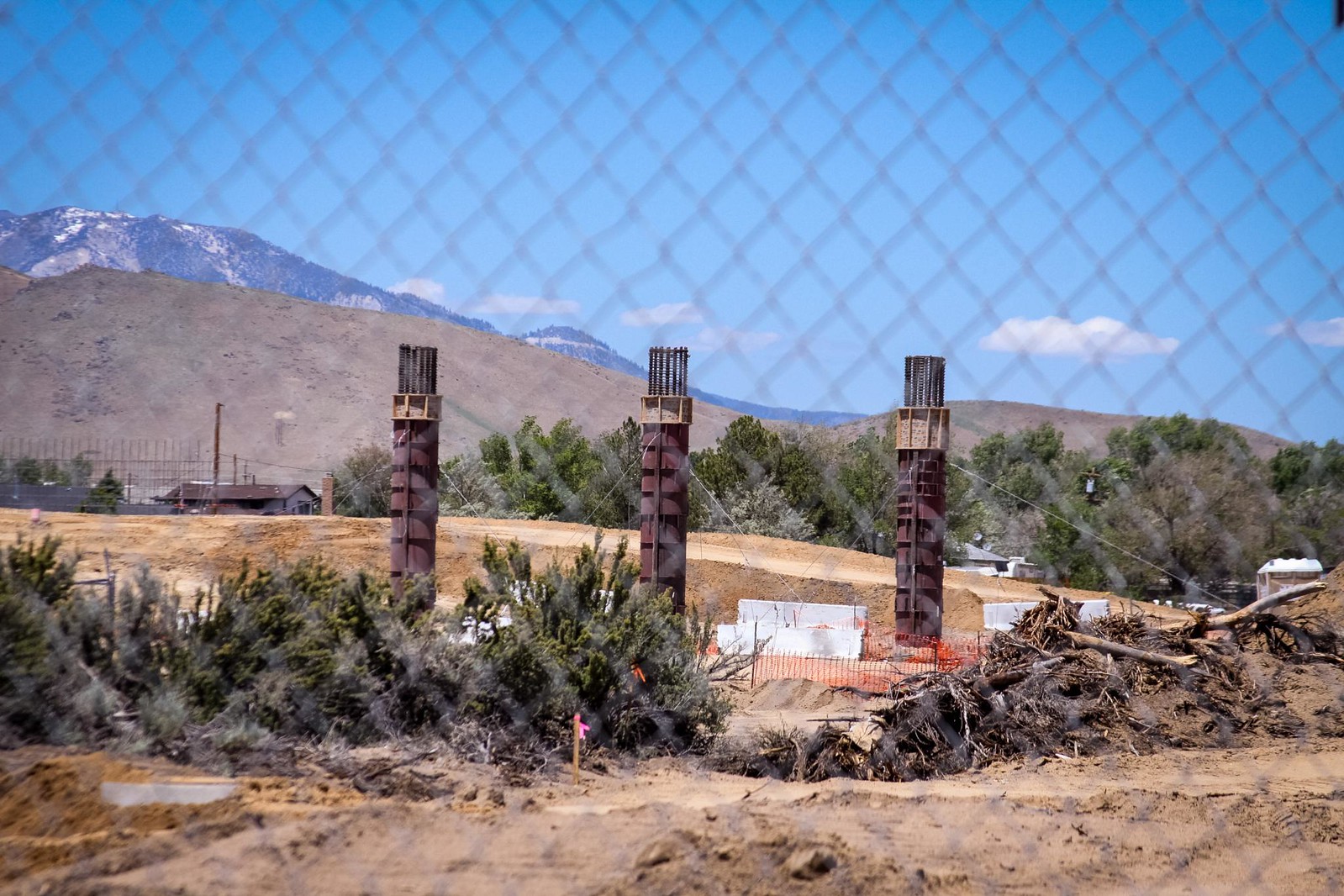 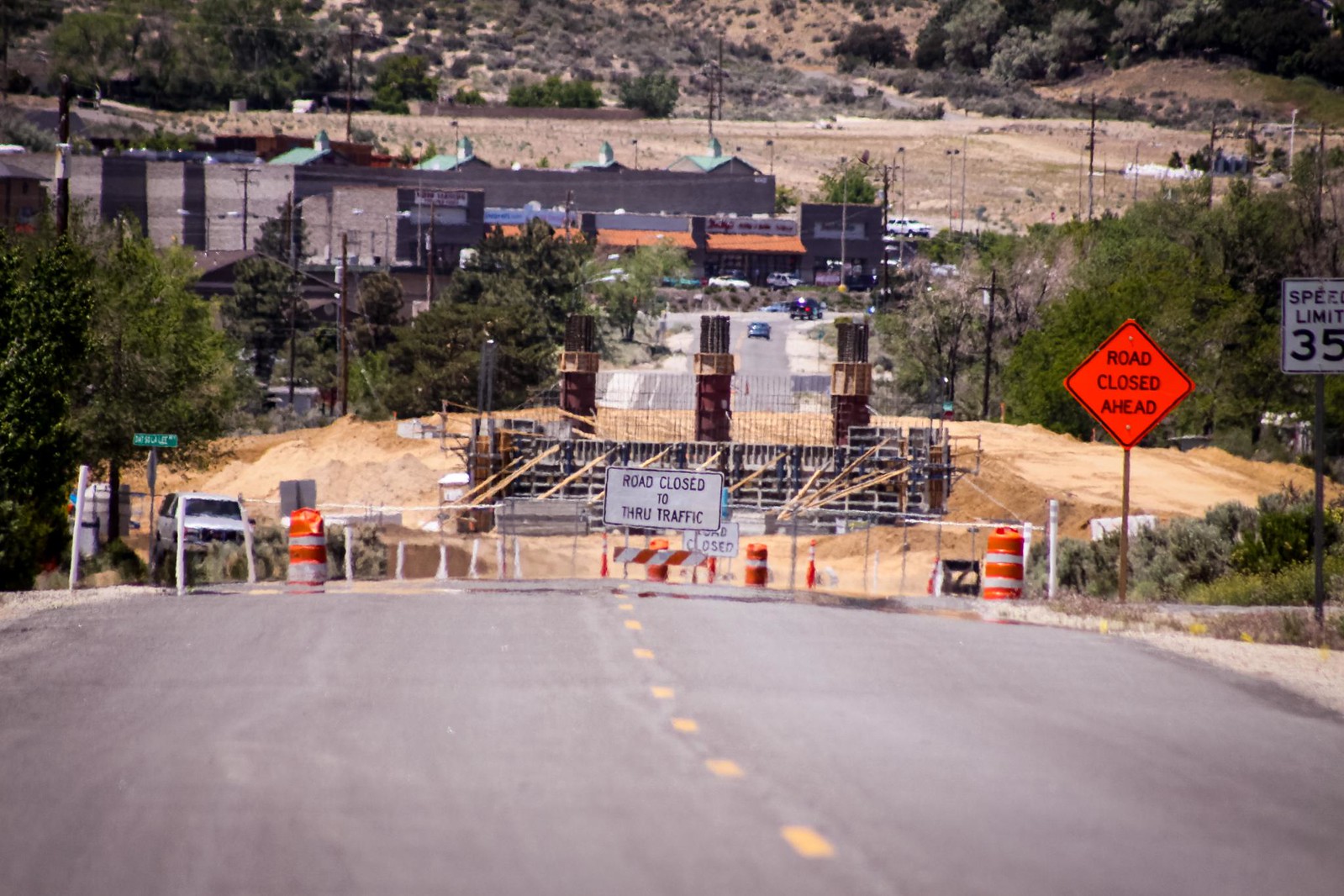 Lots of vertical work is going on here. Synder is closed for the rest of the year until the bridge has been built. After it’s done all other cross streets in this area will be closed. Snyder will be the only way to get to the other side of the freeway. 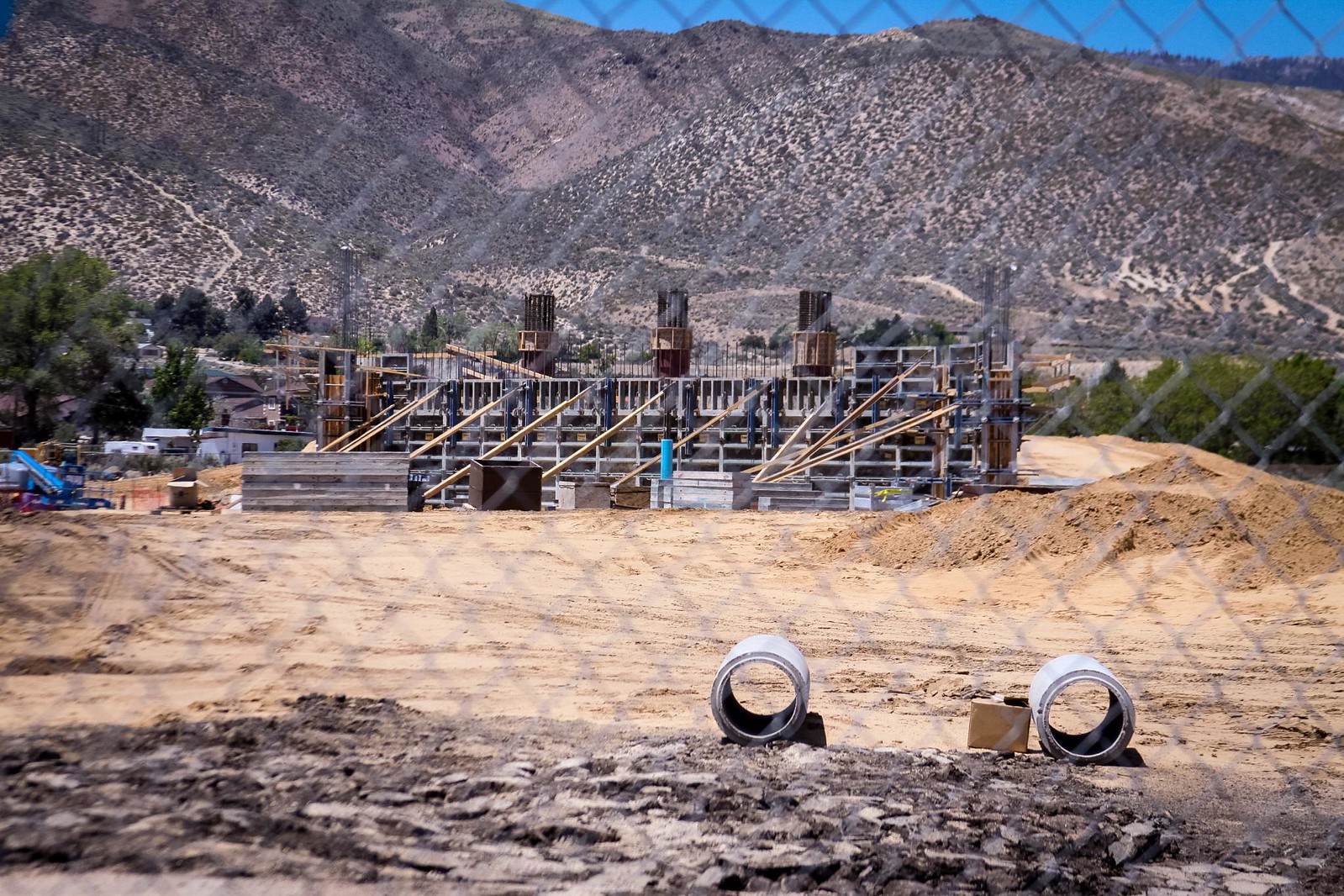 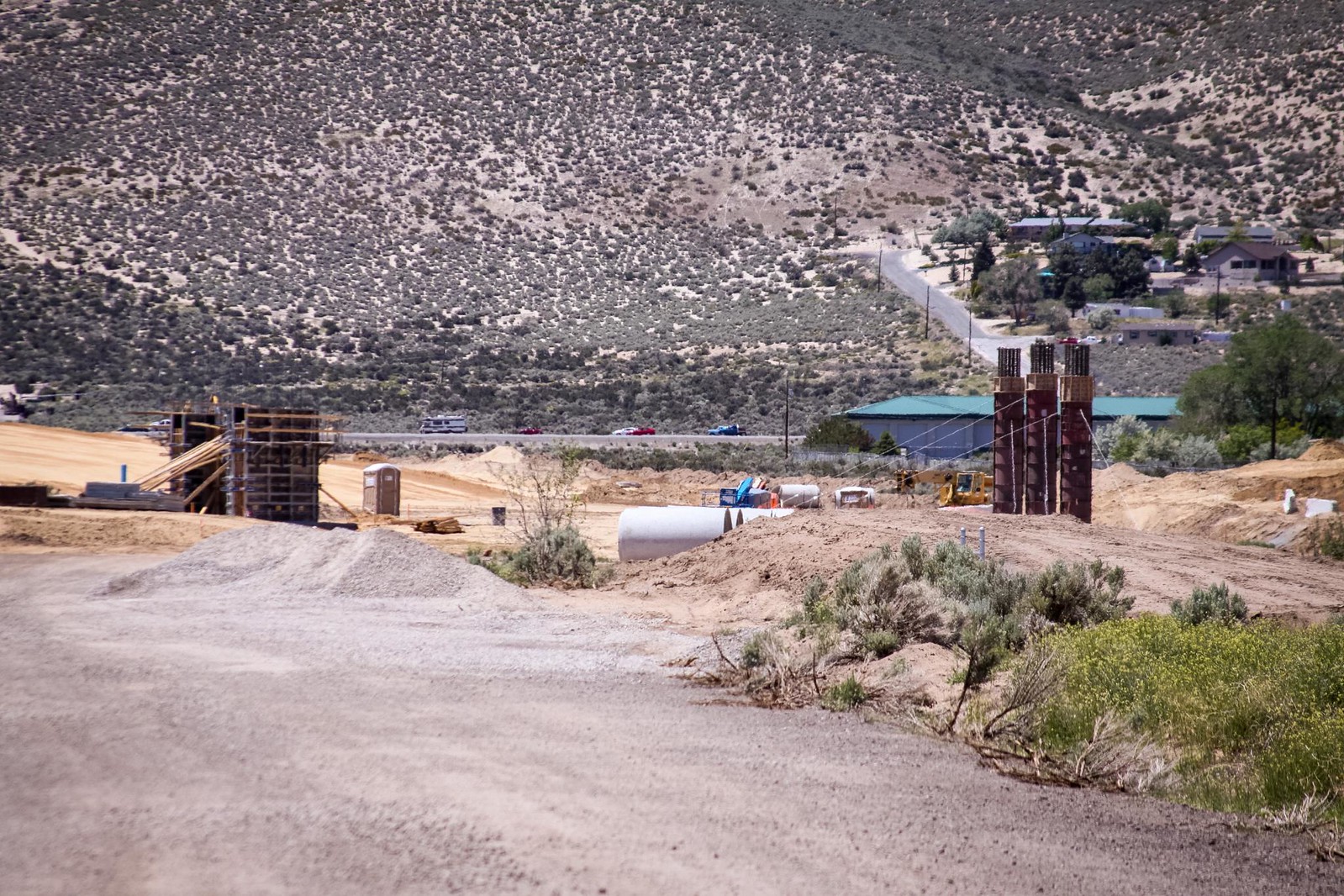 From the side view, the width of the freeway can be seen between the embankment and the center column. 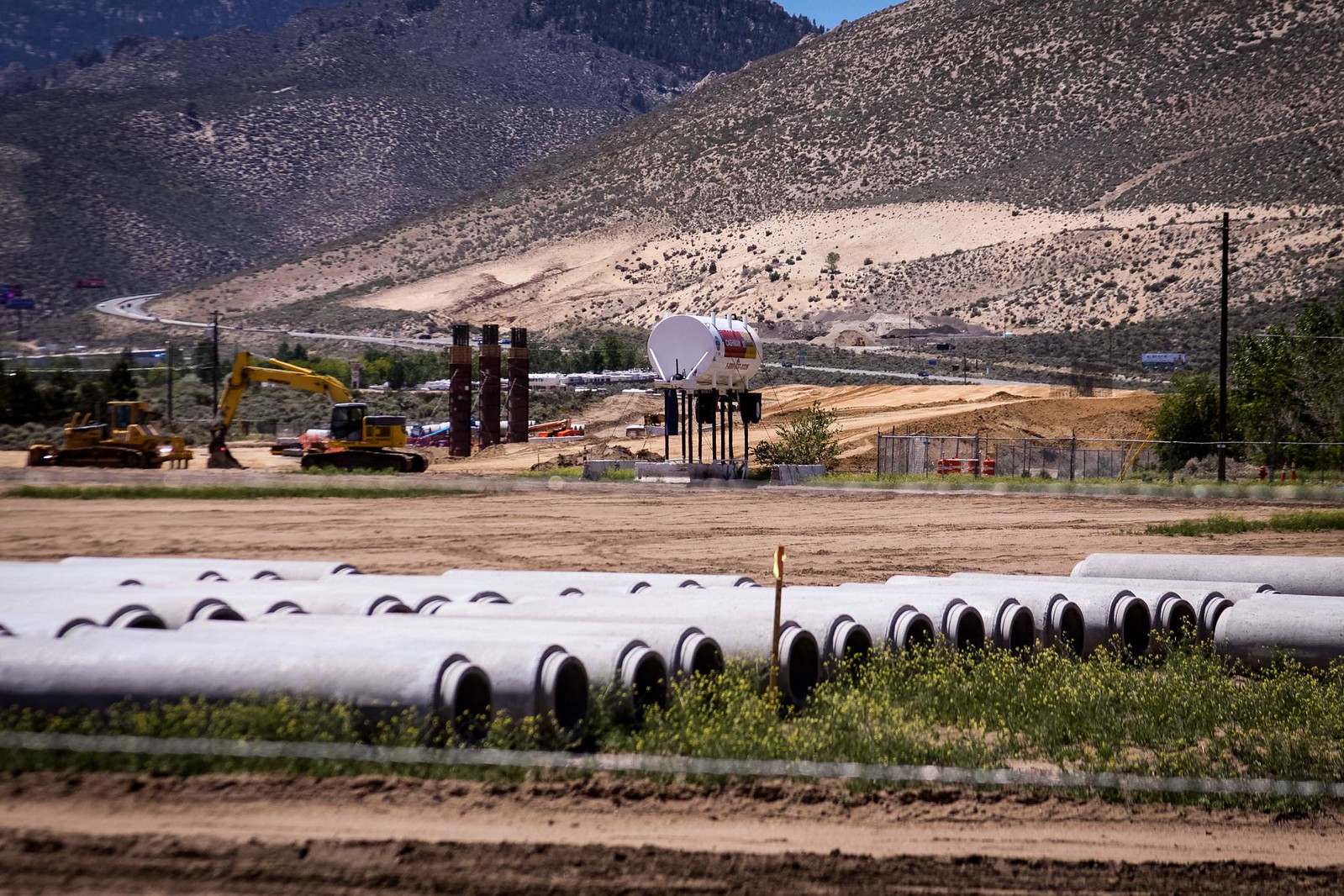 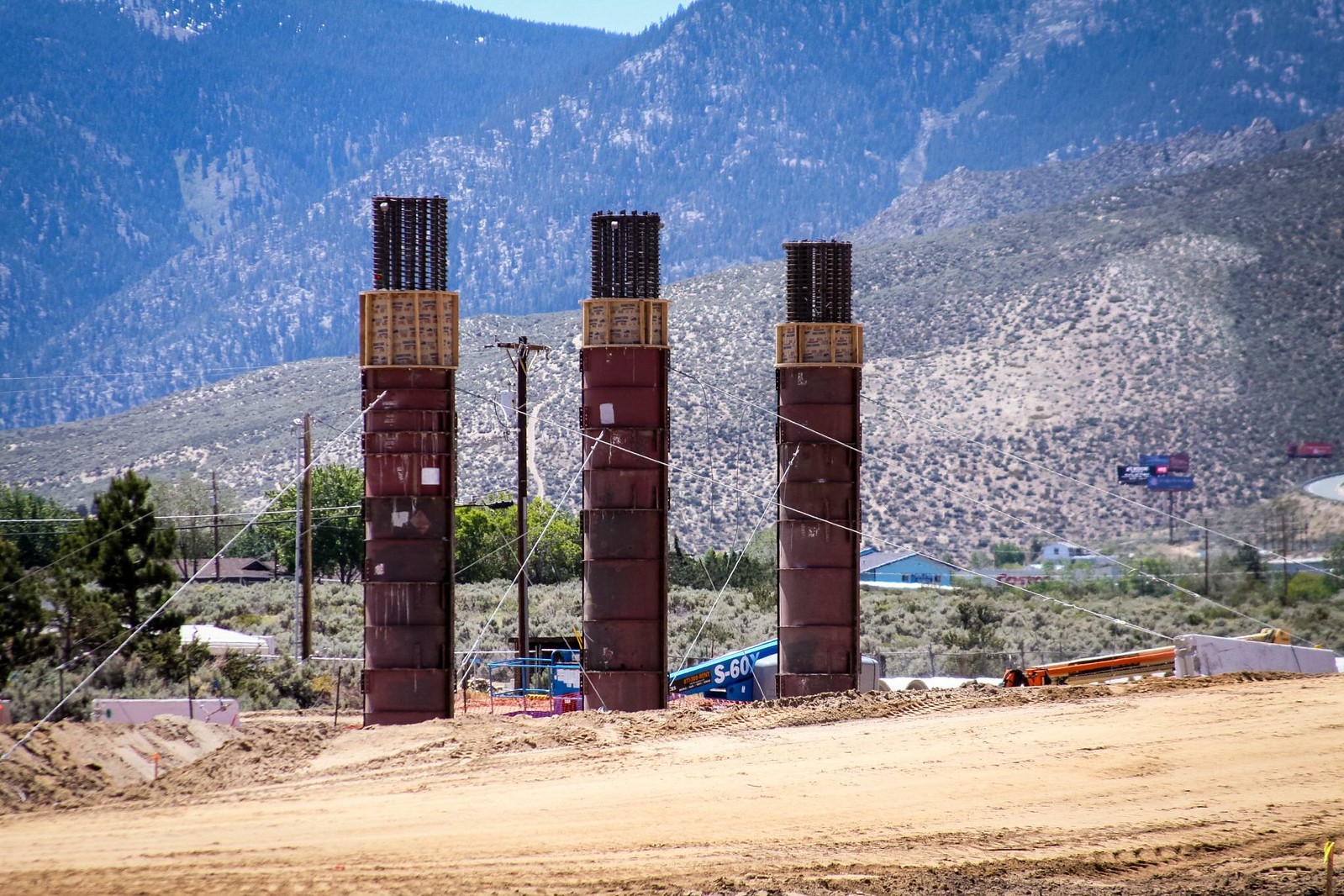 The rebar and forms for the center columns are in place. Looks like they’ll be ready to pour concrete soon, if they haven’t already. 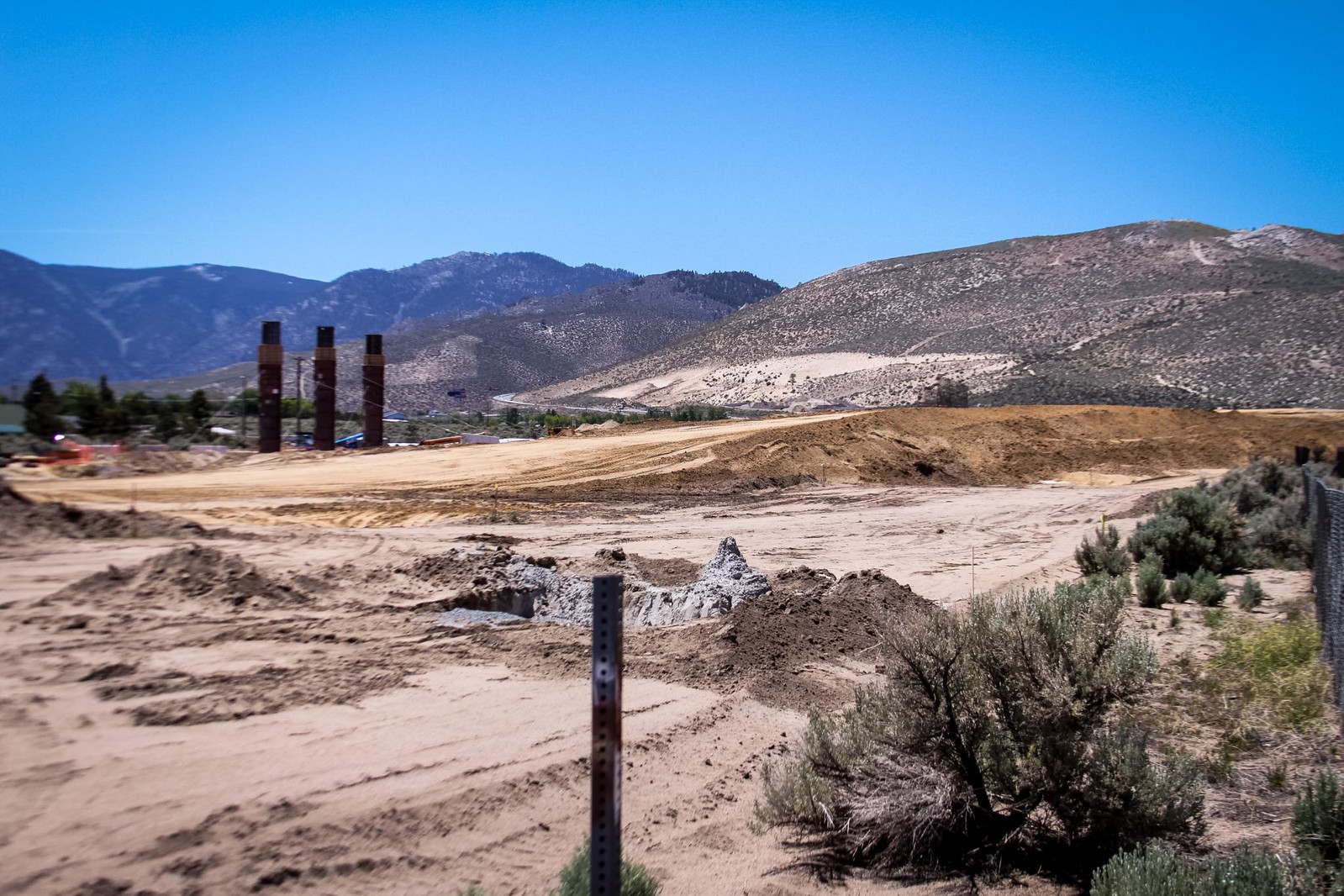 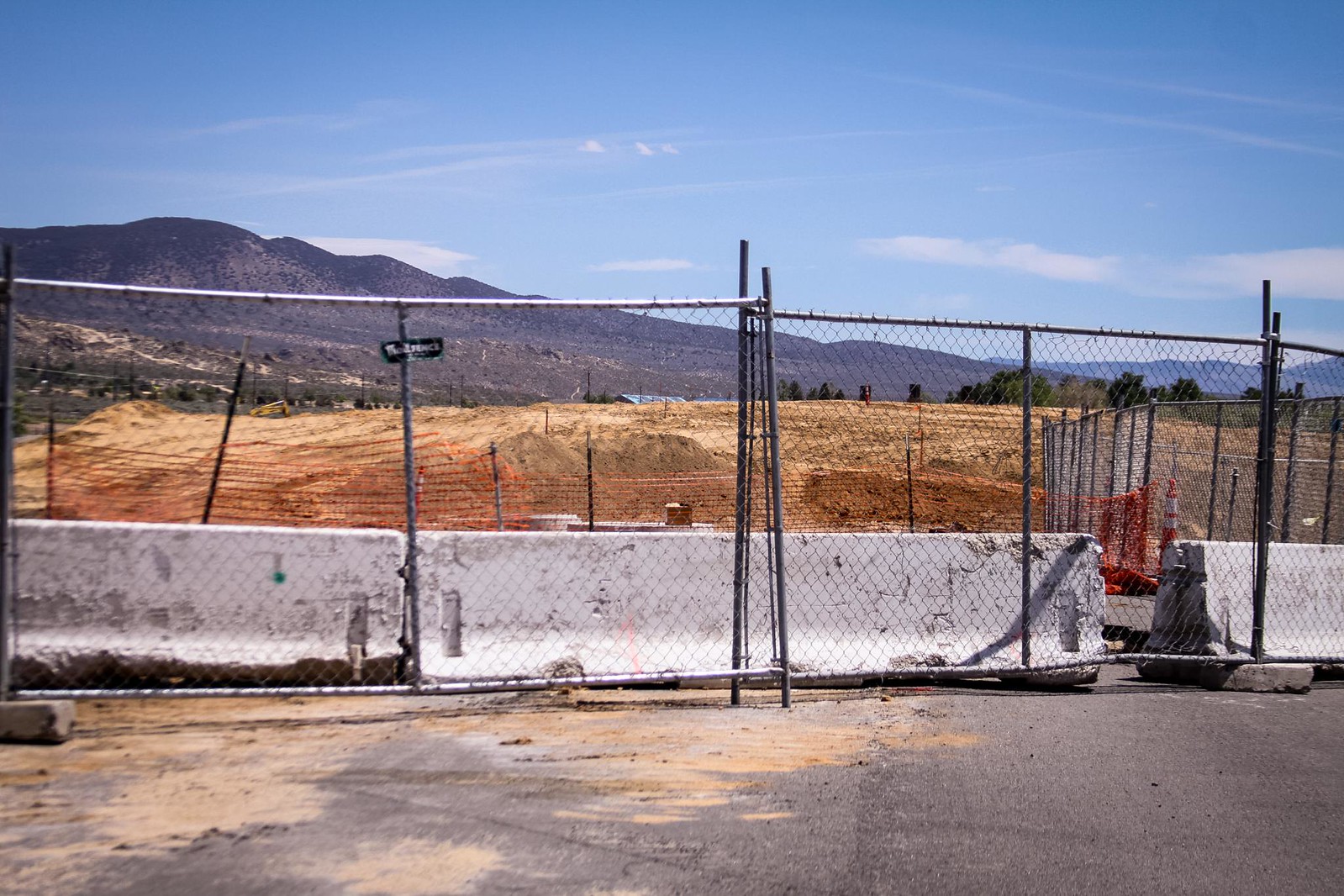 A road waiting for a bridge to be built. 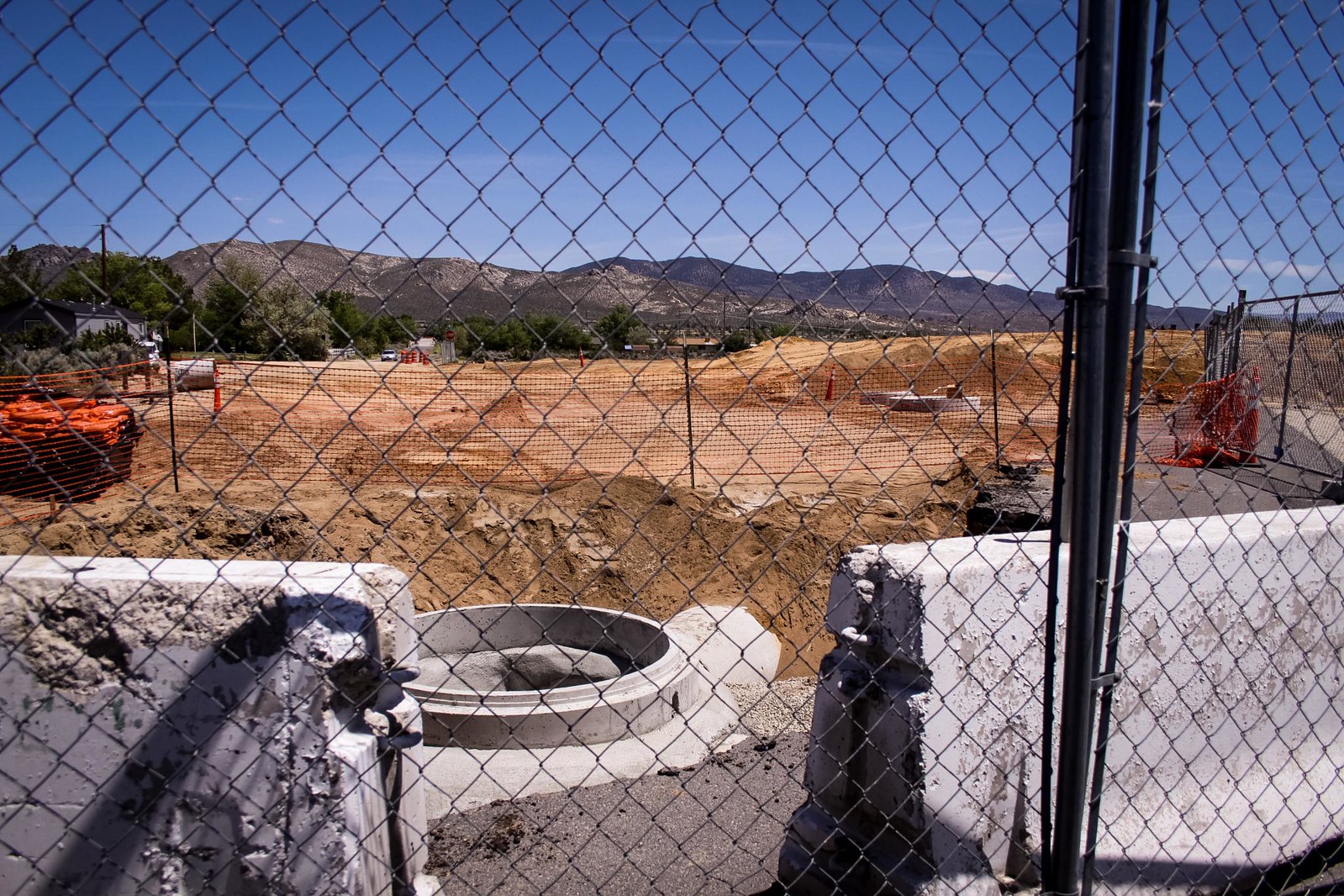 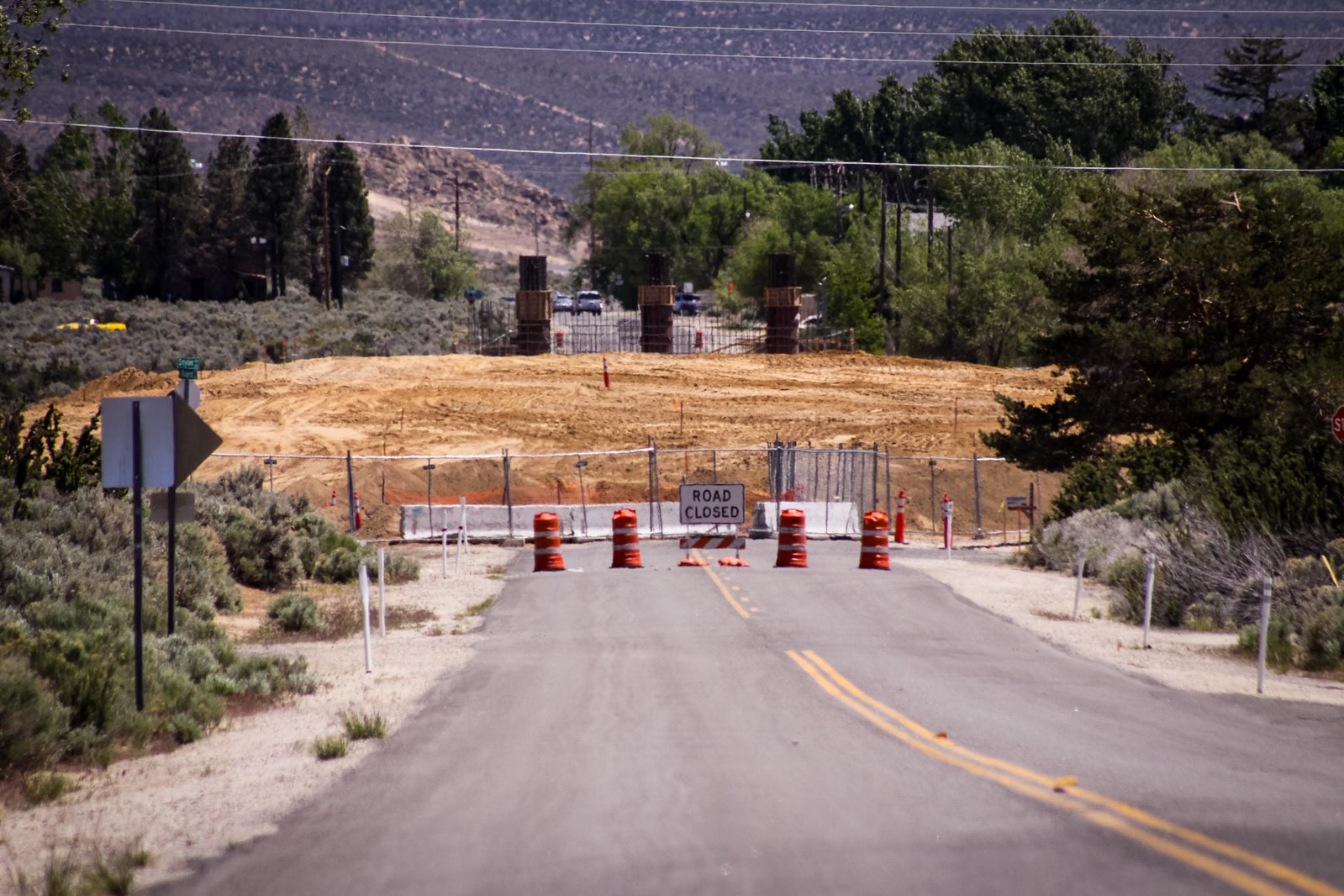 Now that they’ve gone vertical on this project, there will be a lot of progress to watch over the summer. Keep checking back!