Among the oldest supermarket buildings in town is the old Warehouse Market/Scolari’s/Sak N Save building on Highway 50. Part of the Plaza 50 shopping center, this building was a supermarket from the 1970s up until 2010, when its last incarnation closed. Ever since then it has remained shuttered. I did a Ghosts of Carson article on it a couple of years ago. 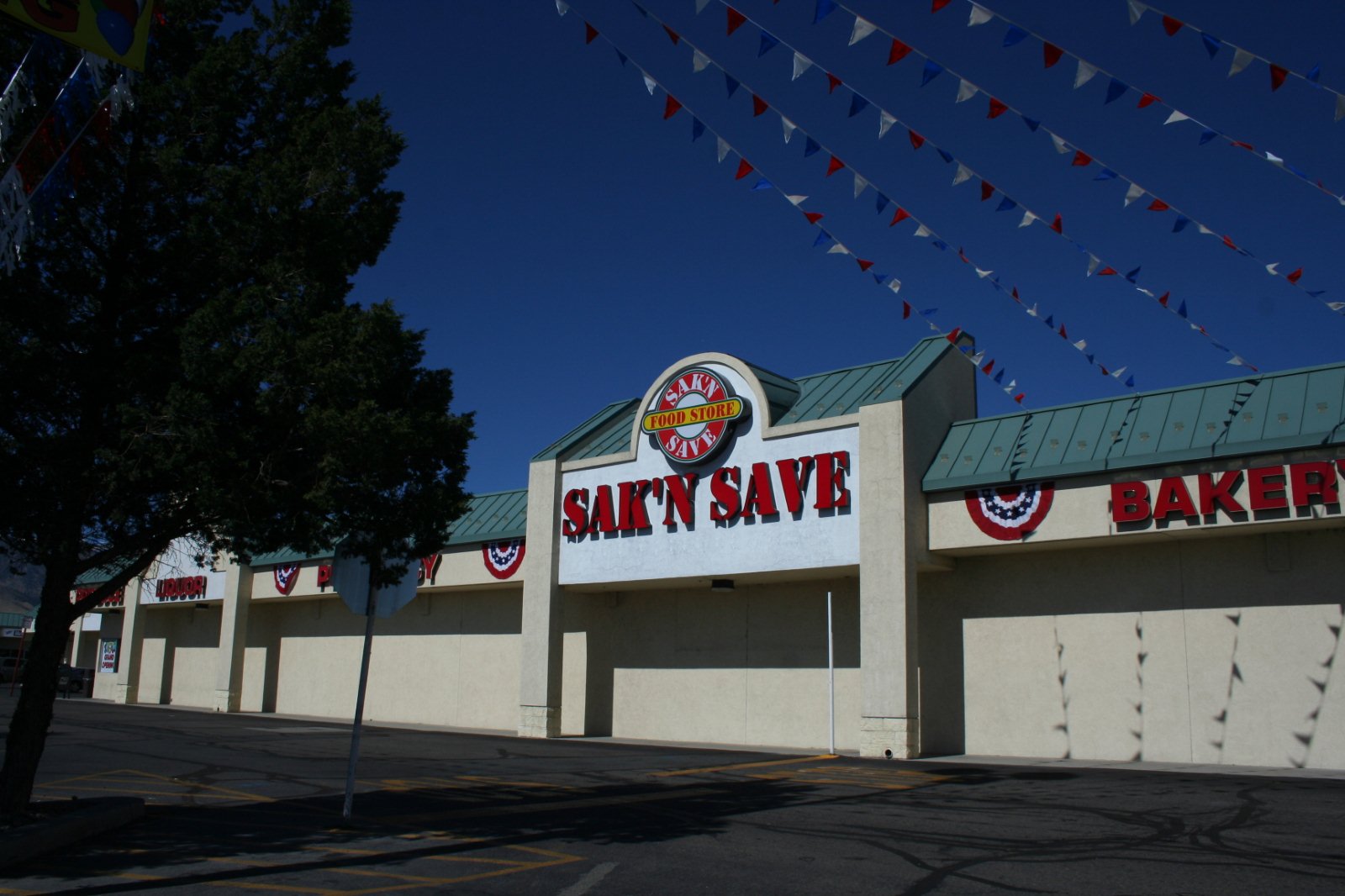 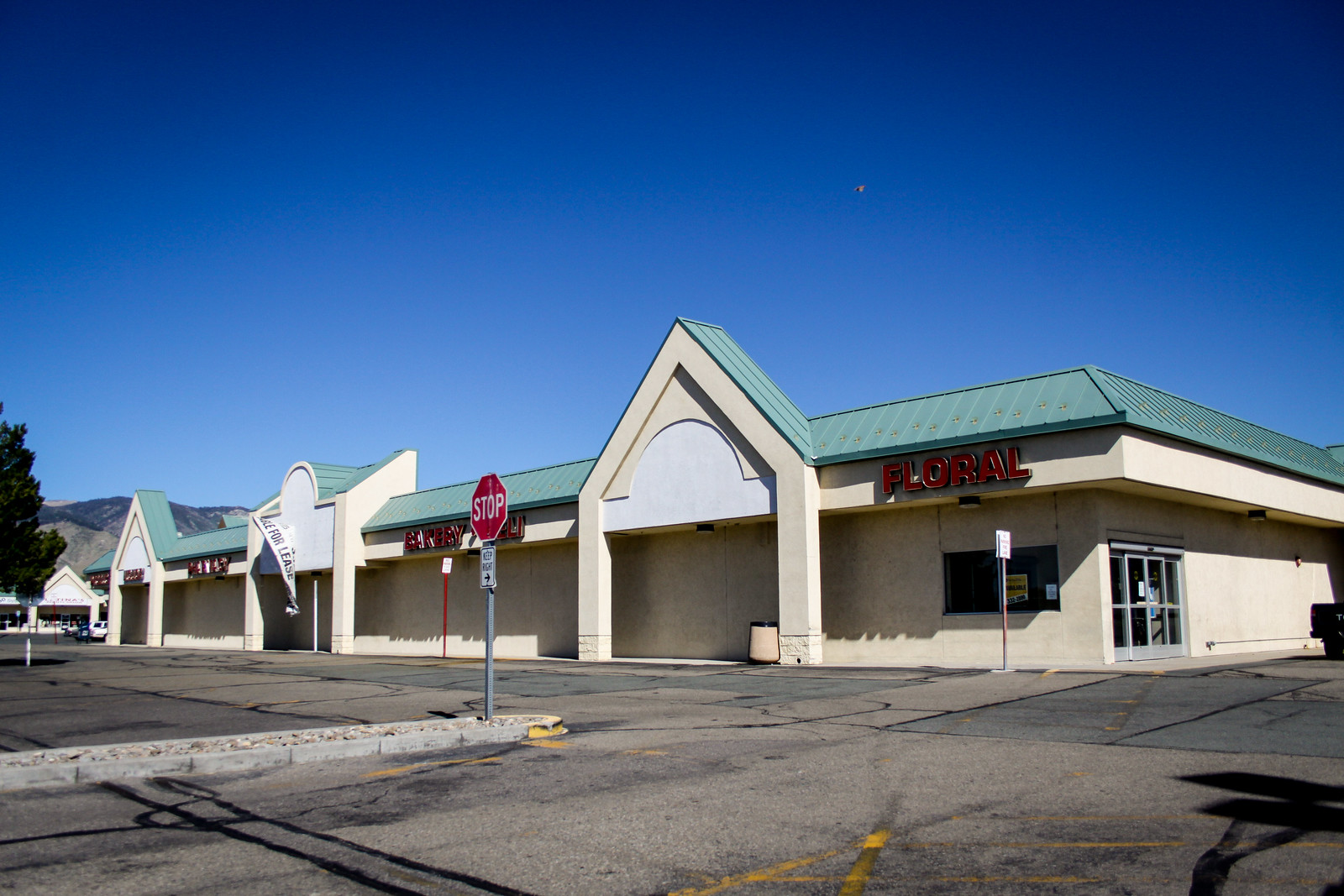 So it was a nice surprise a while back to see a chain link fence go up around the building, getting ready for some major construction. 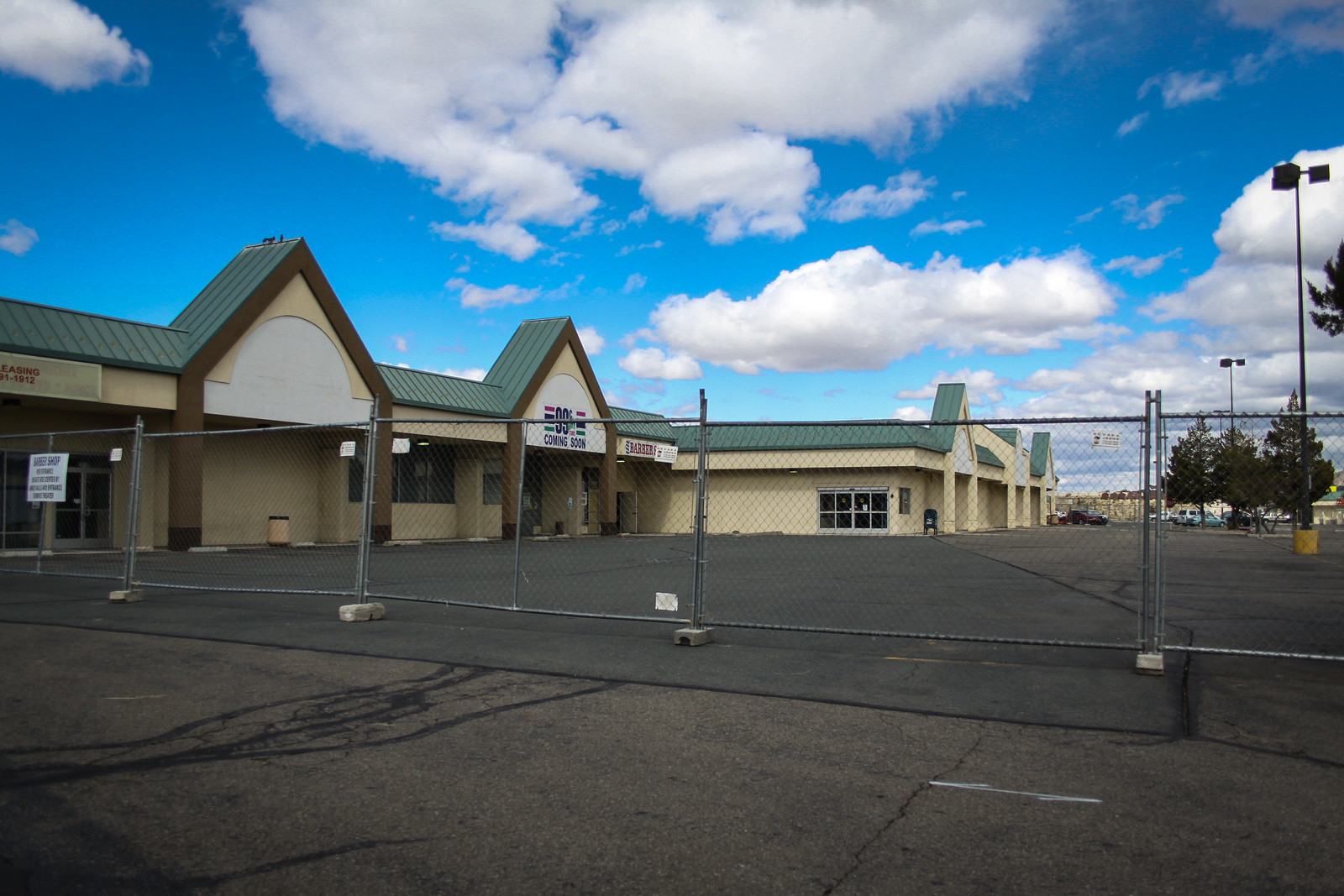 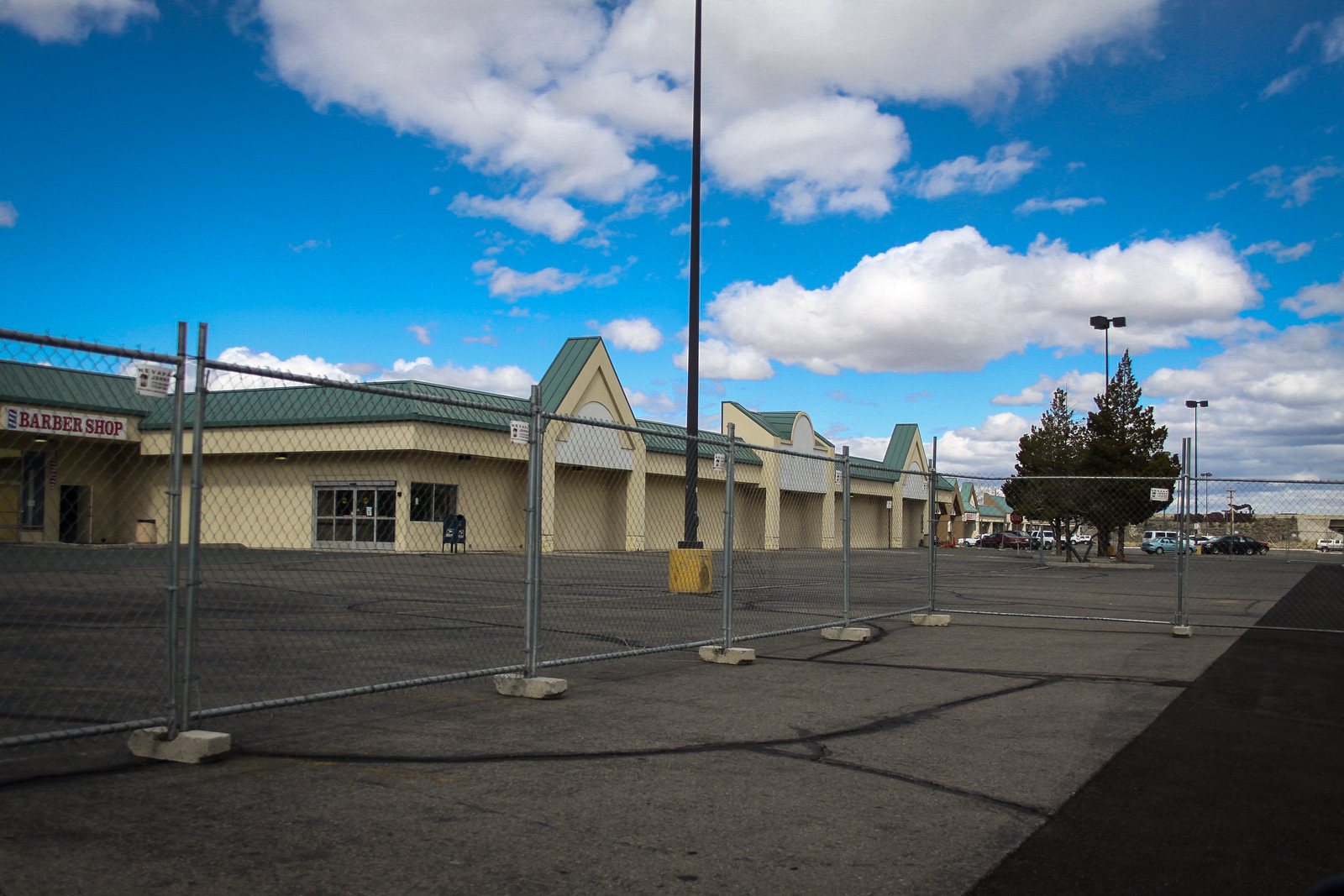 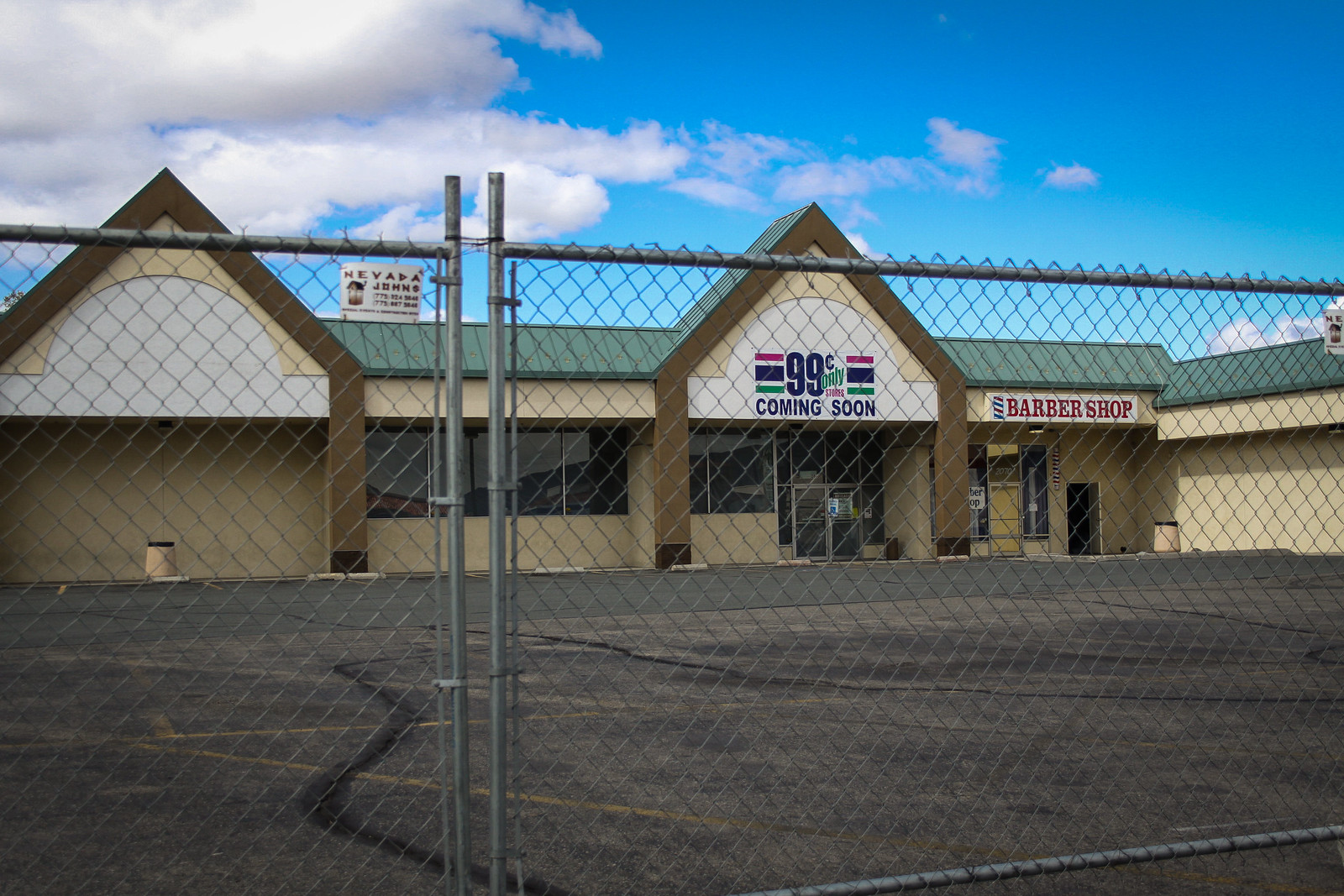 A sign said “99¢ Only Store Coming Soon”. It was unclear where the store was going exactly, but once construction started word came out that it was taking over part of the old Scolari’s building. 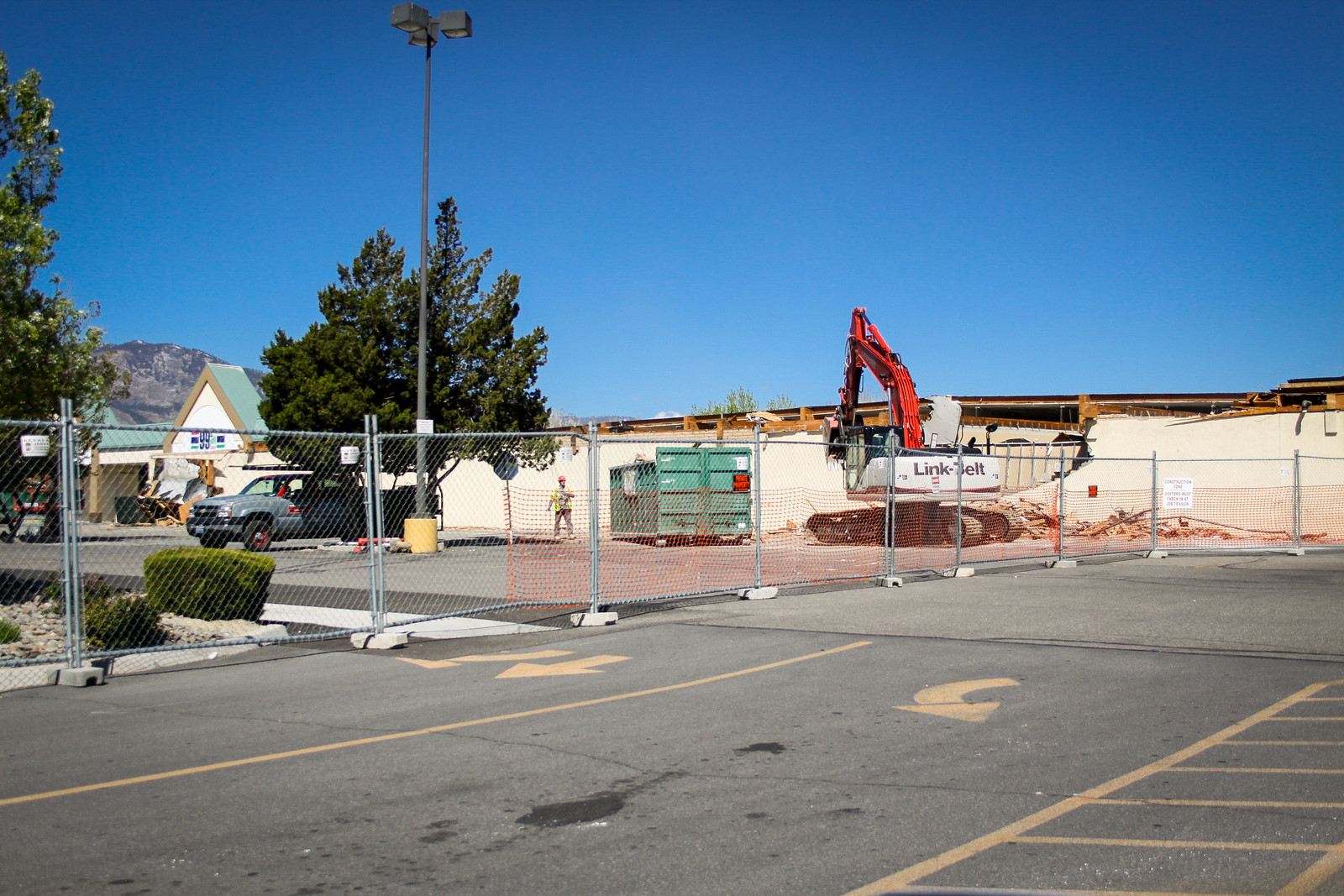 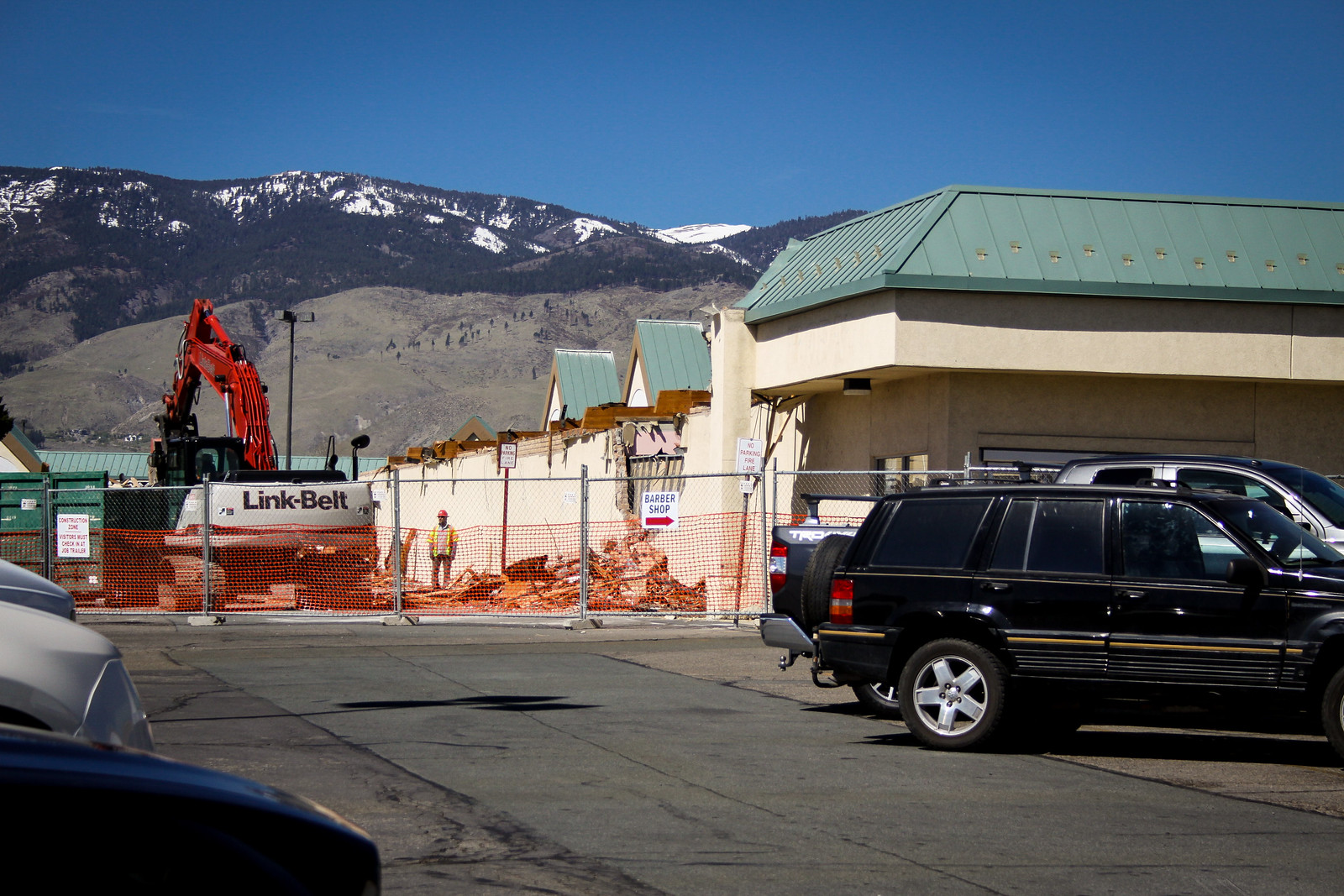 Heavy equipment was brought in and starting tearing down the front wall and roof. 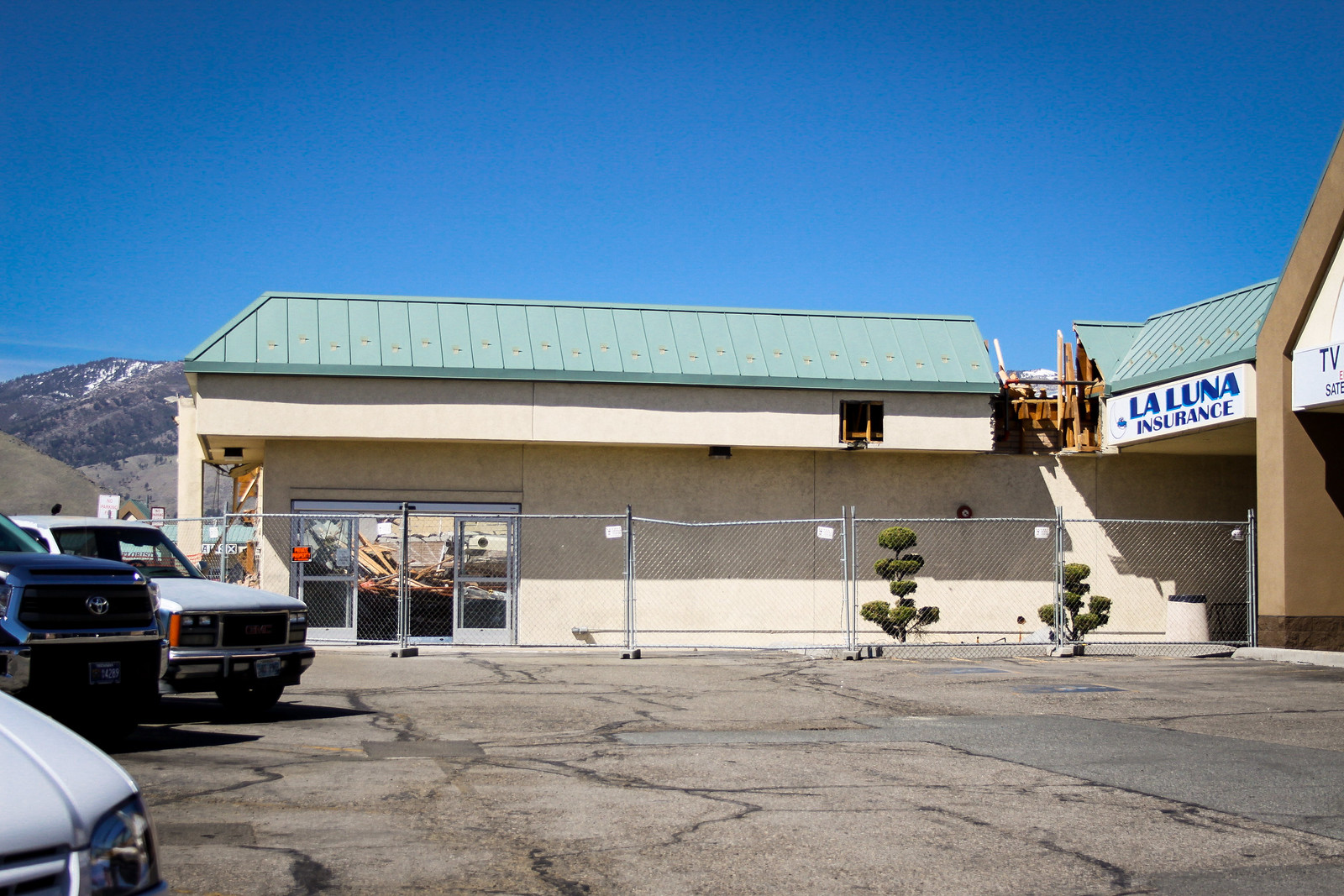 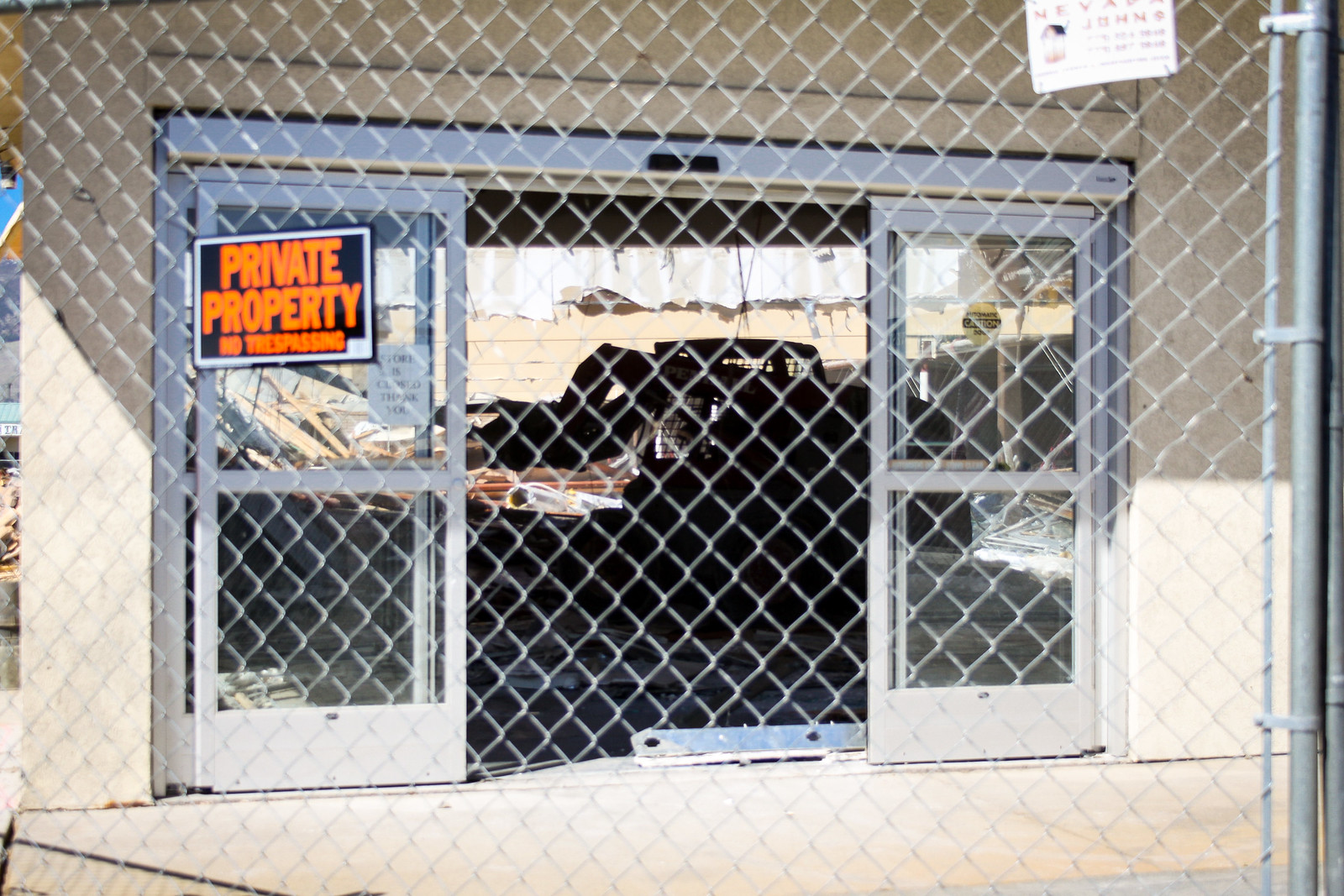 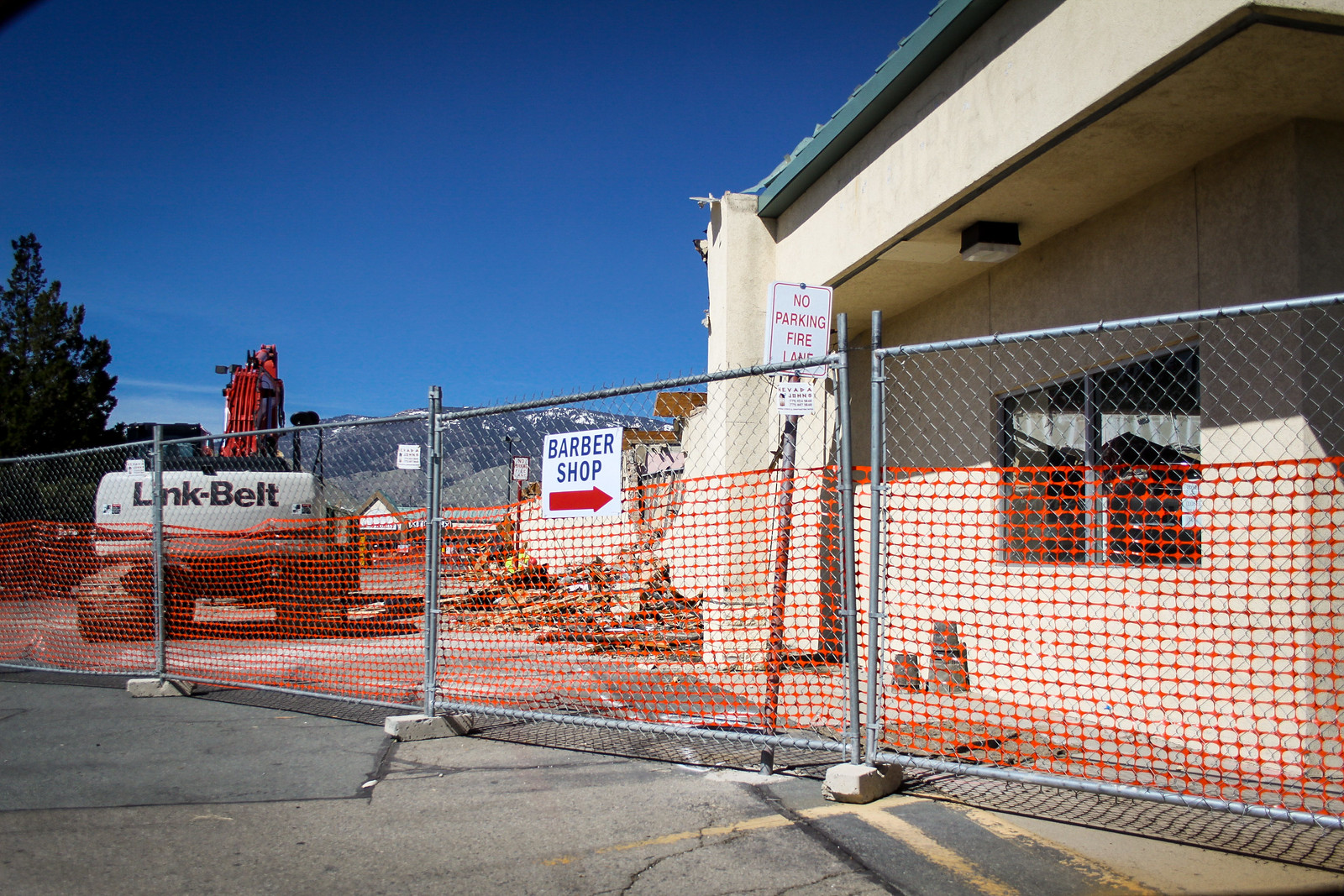 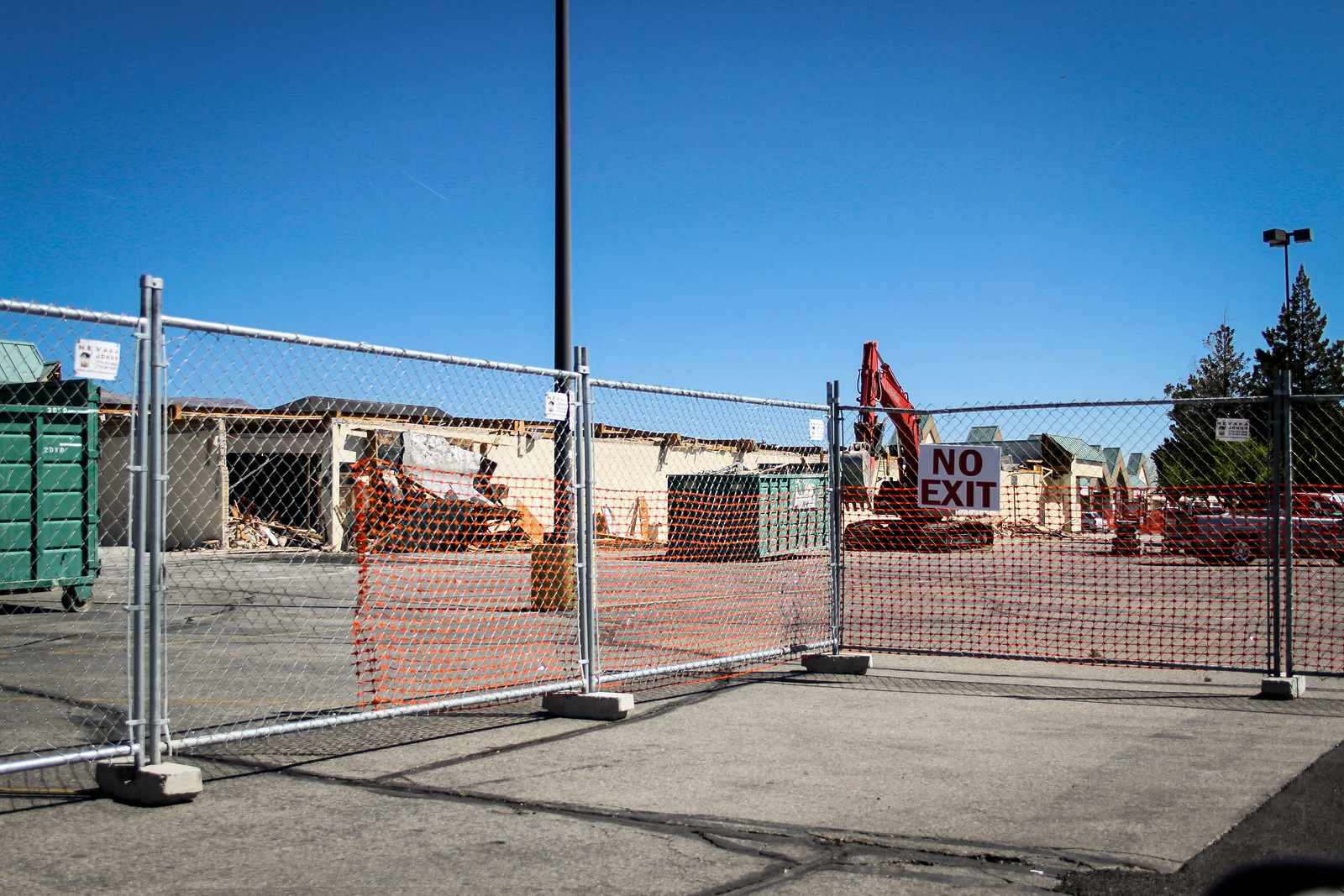 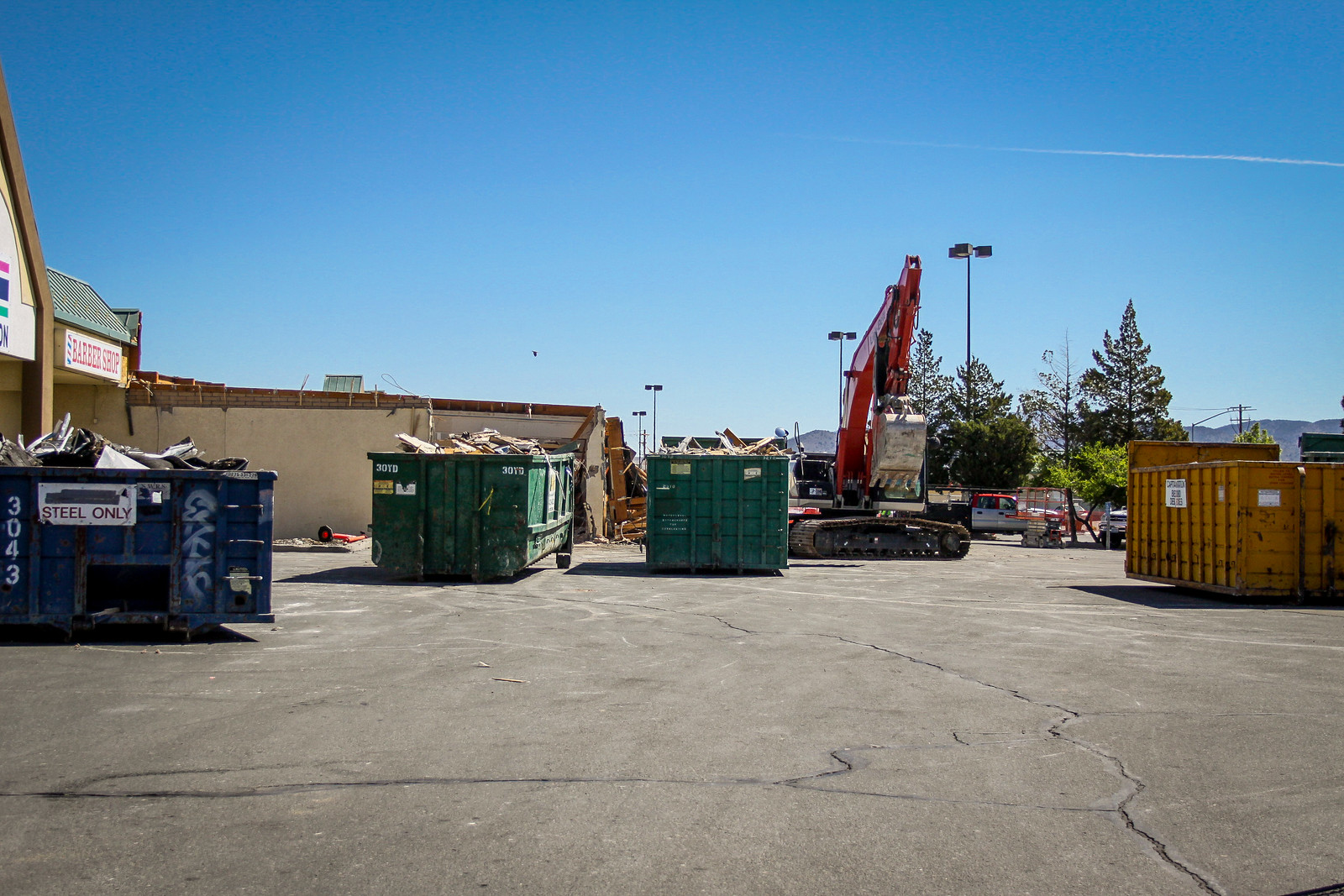 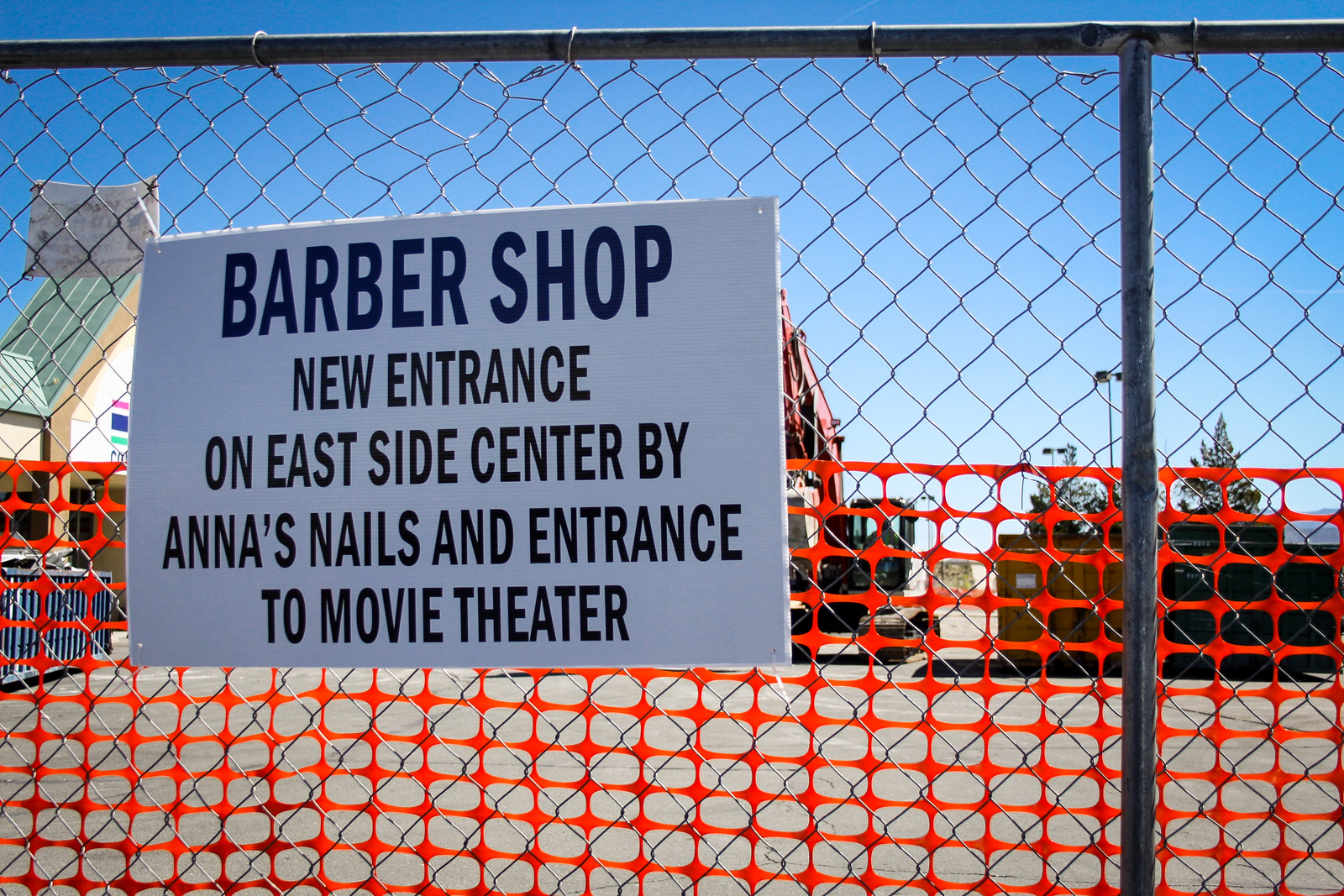 It’s not a complete teardown of the old Scolari’s, but it is a significant reduction in square footage. The supermarket used to jut out into the parking lot from the rest of the shopping center. That whole front section has been demolished. Now the building is flush with the rest of the center. Presumably more work is coming to build a whole new facade for the 99¢ store. This remodel actually frees up a lot more parking in front of the store. Not that parking ever was a problem in this shopping center, but if the new store brings in a lot of customers, it will be good to have extra parking right out front. 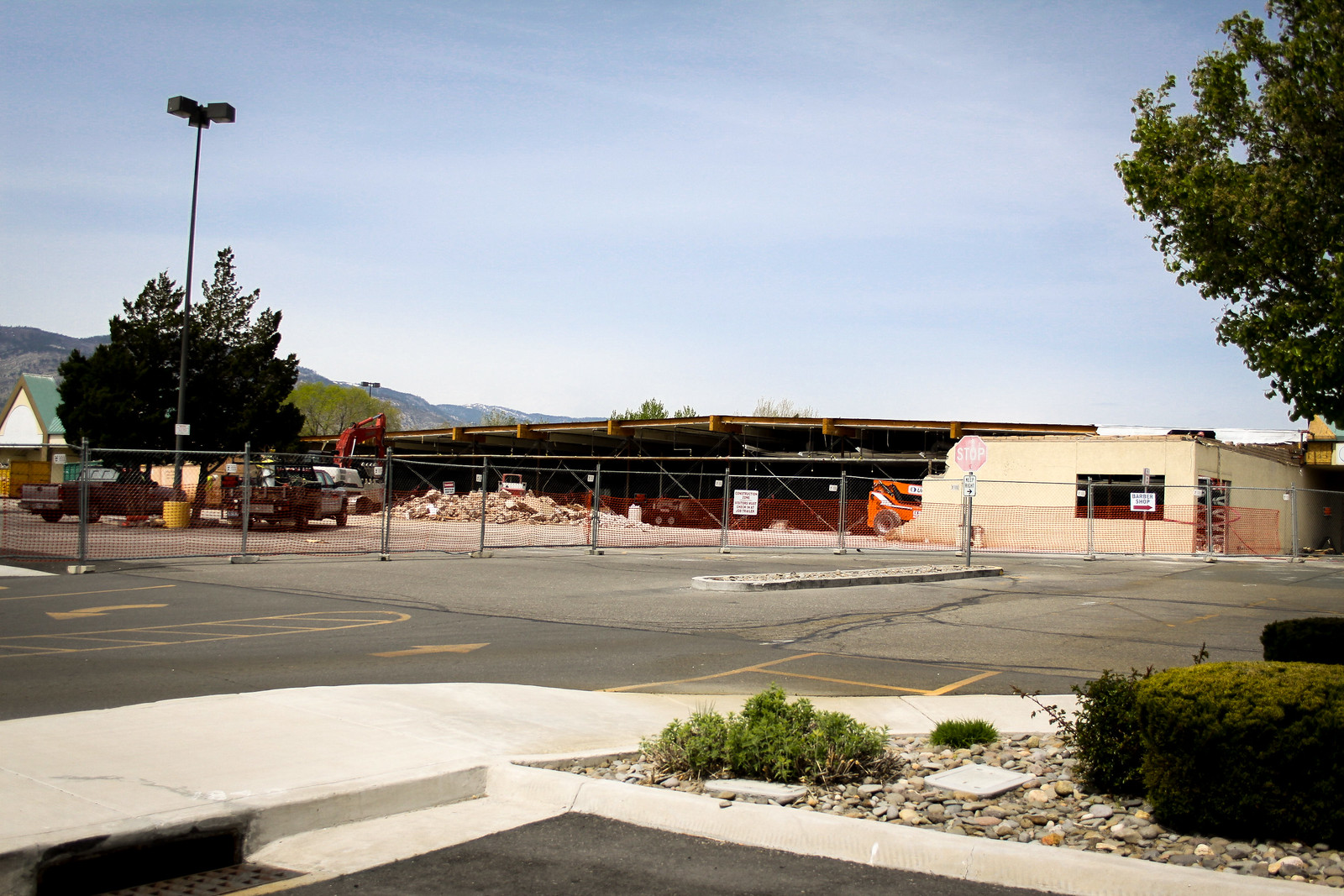 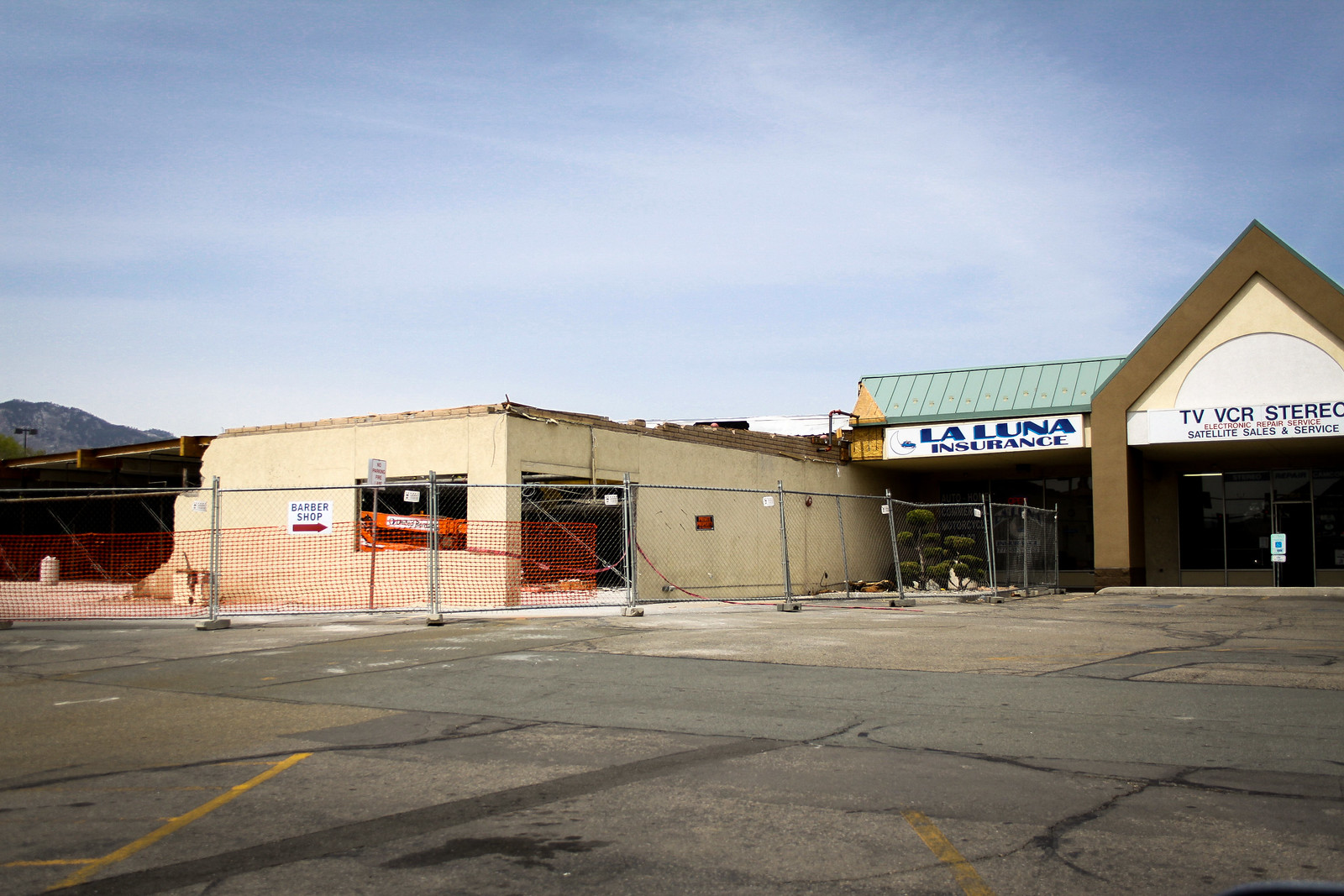 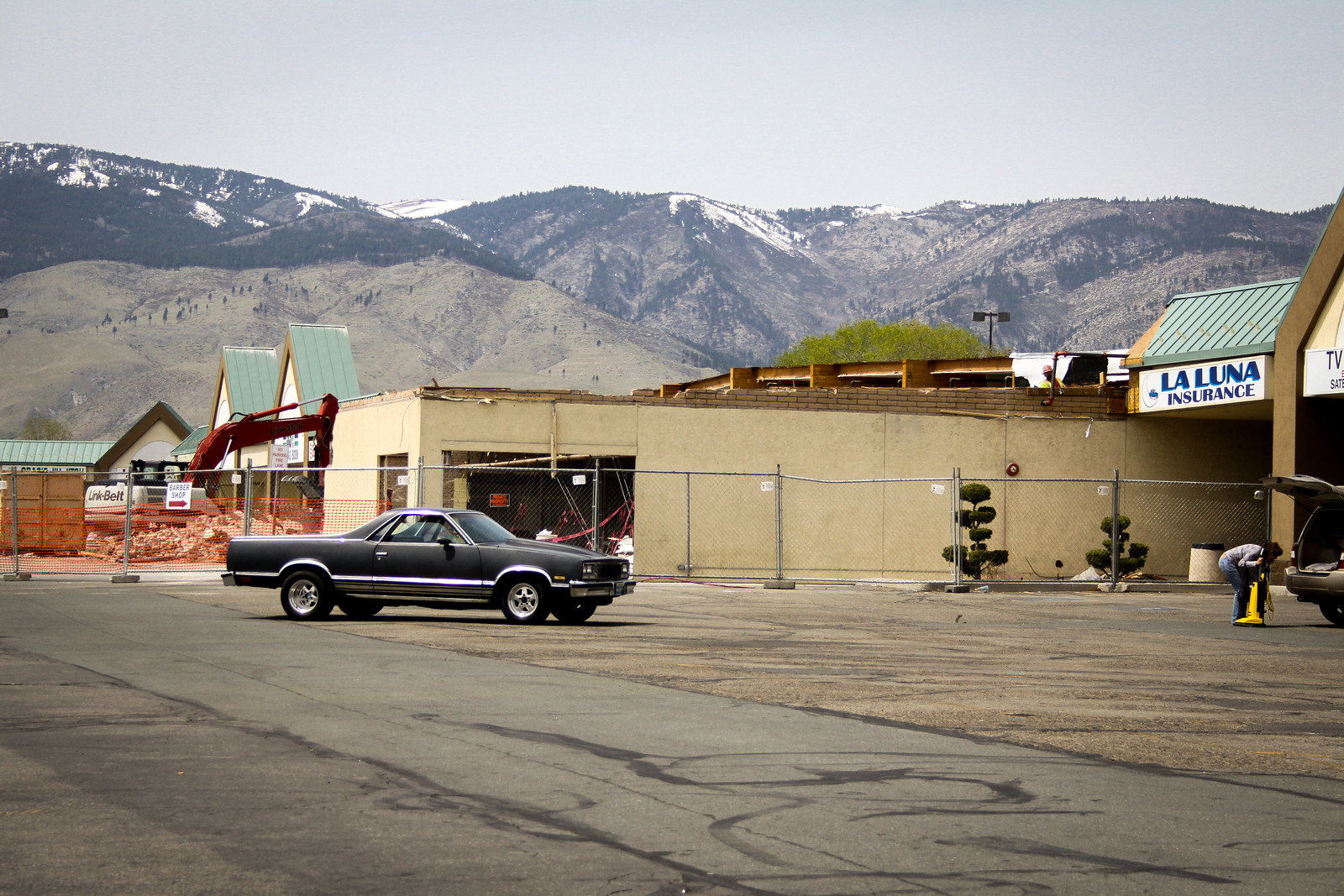 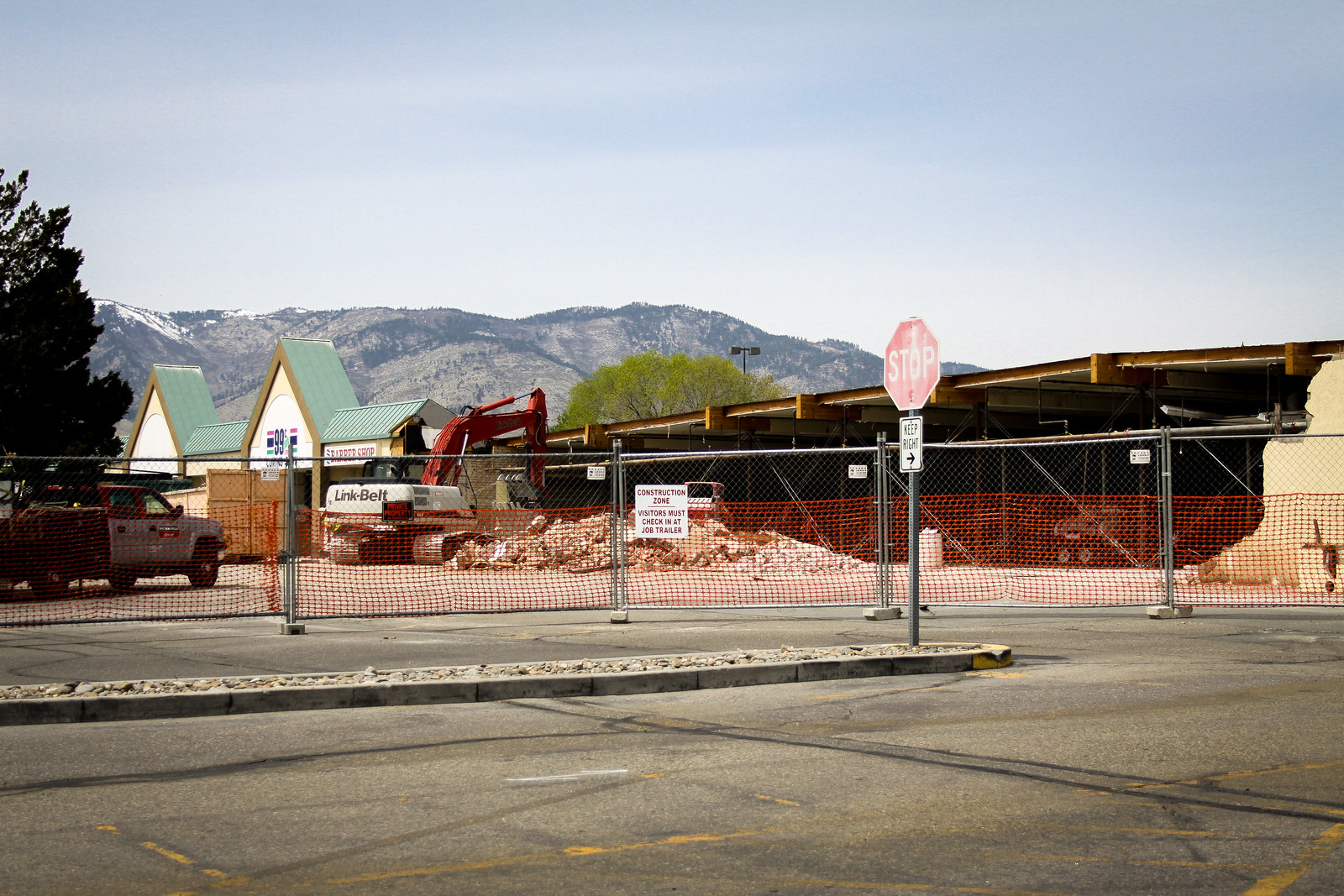 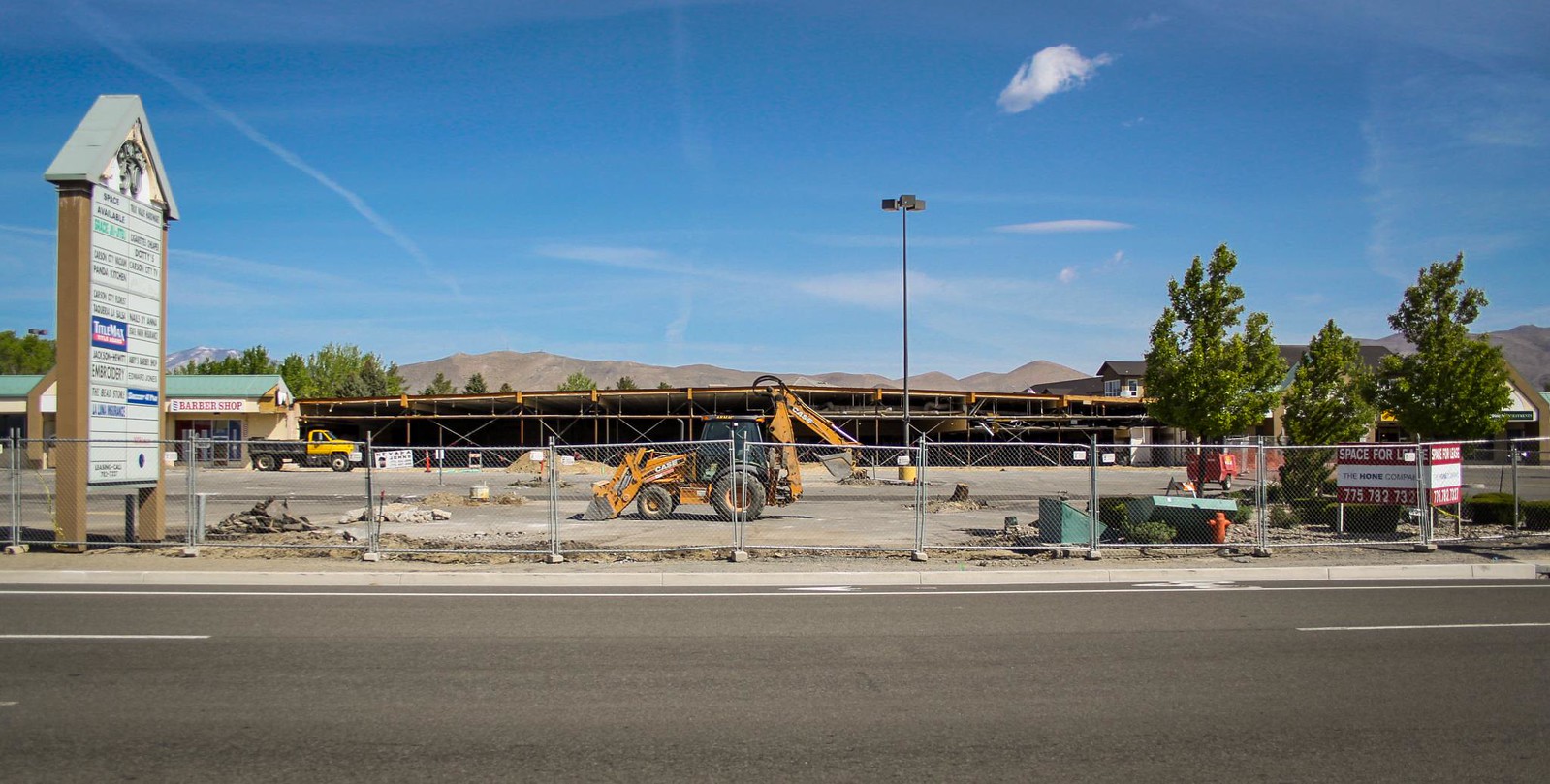 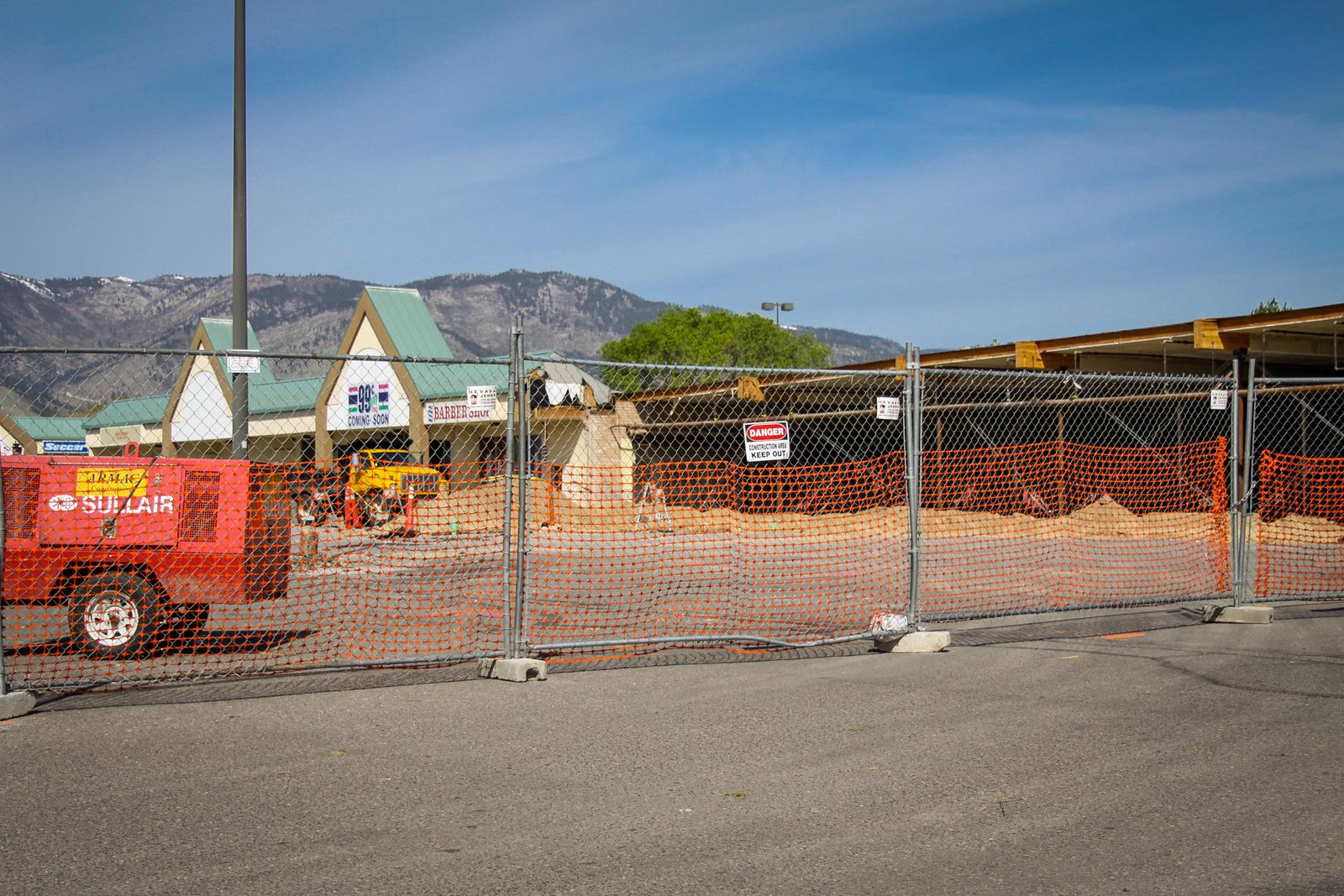 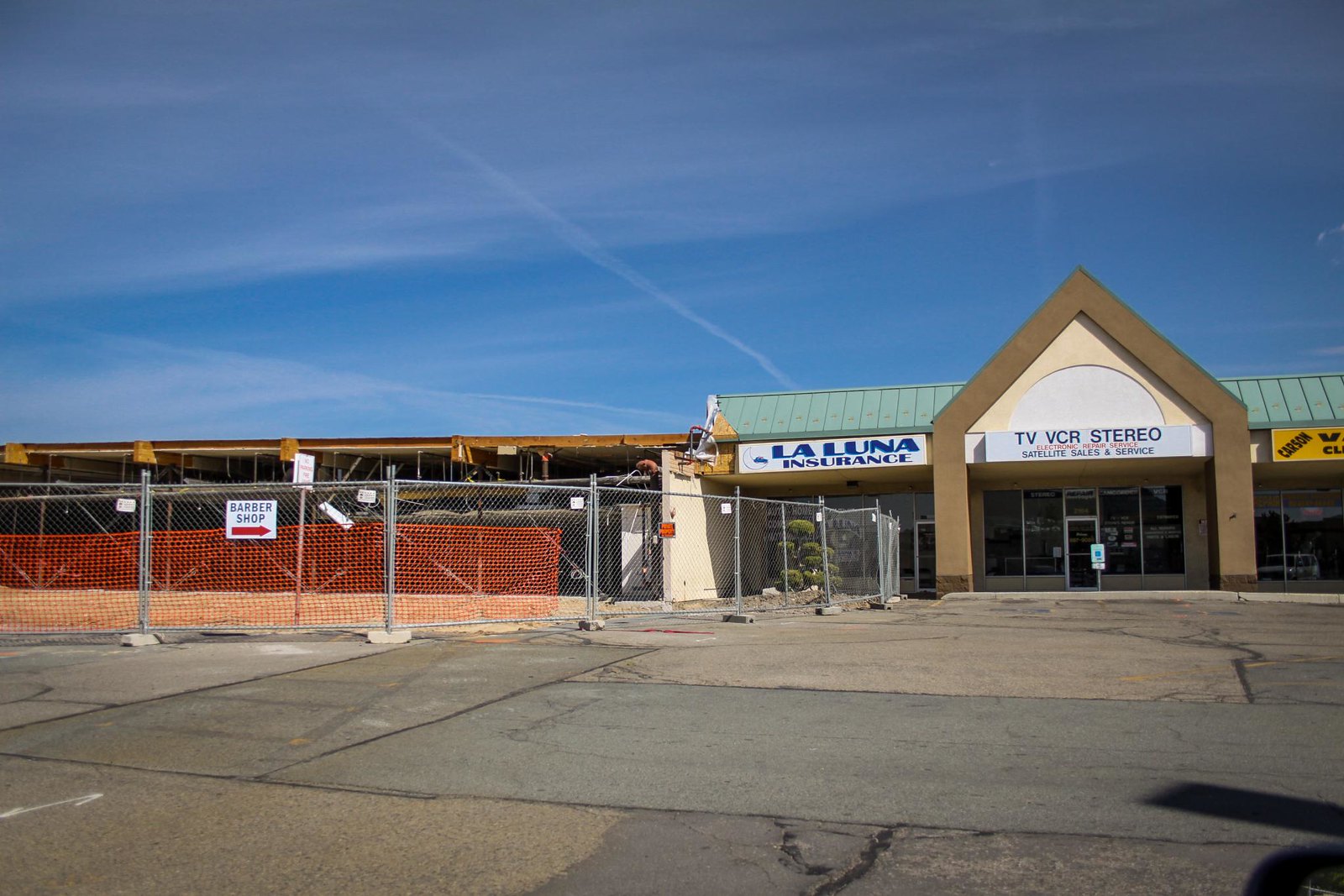 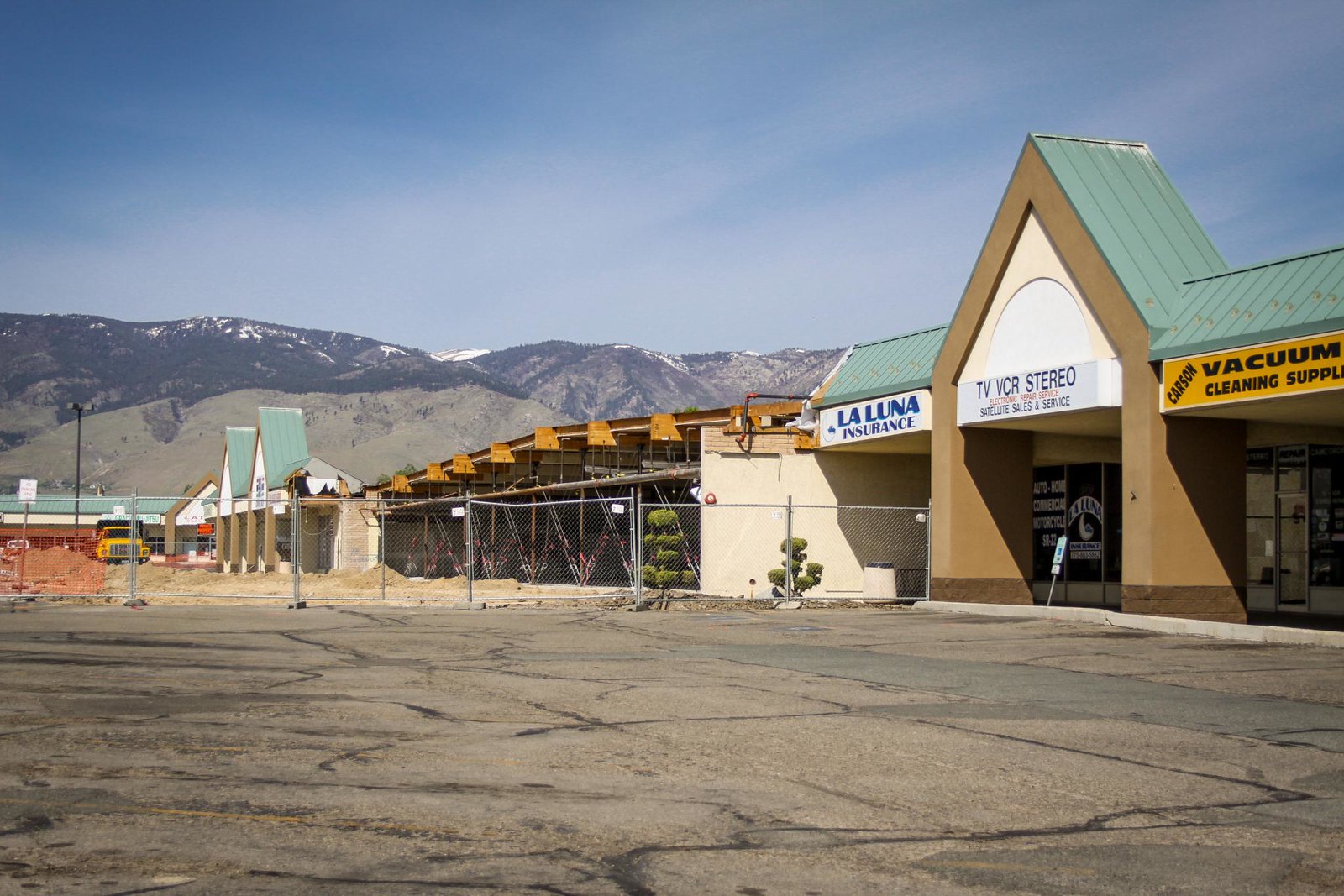 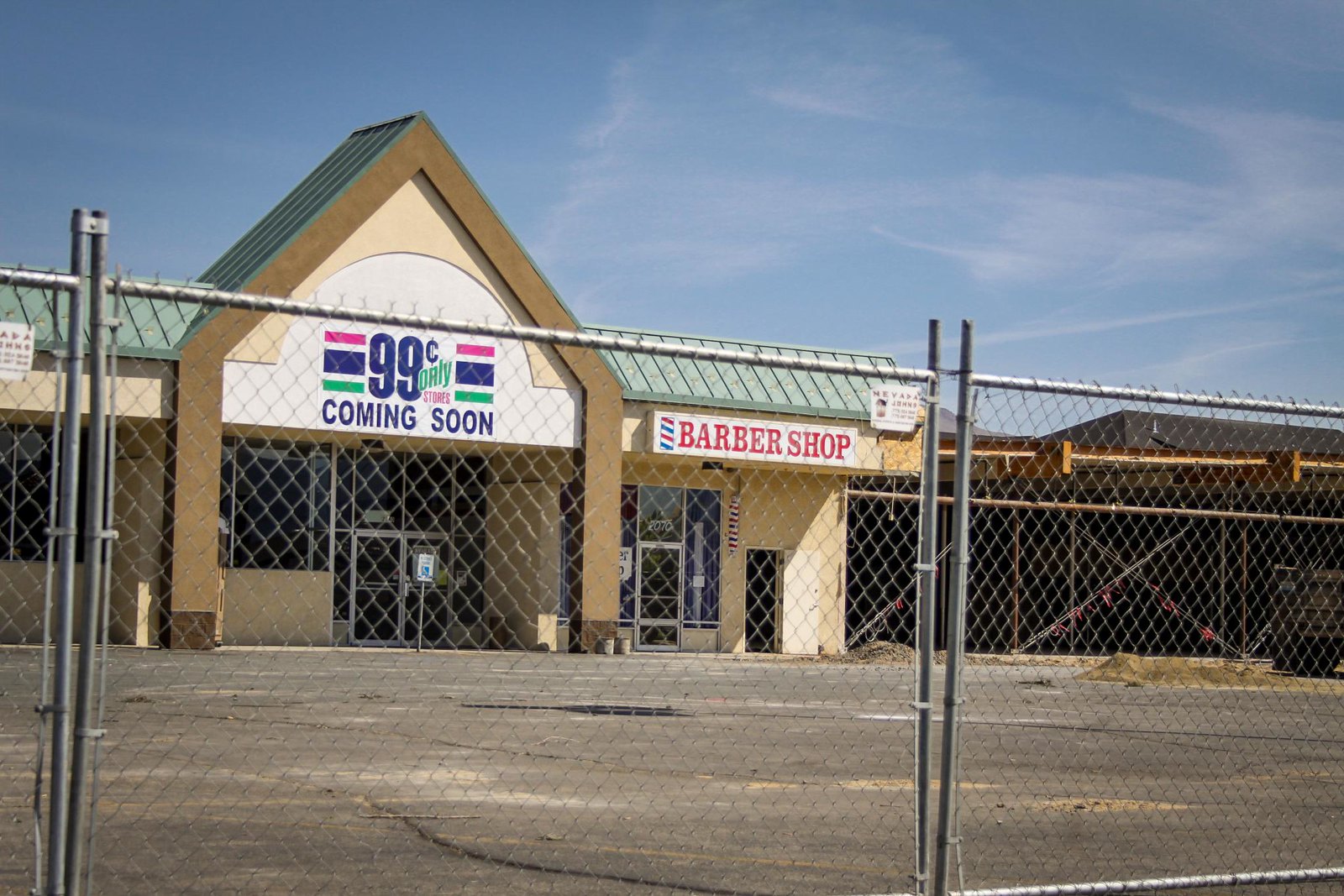 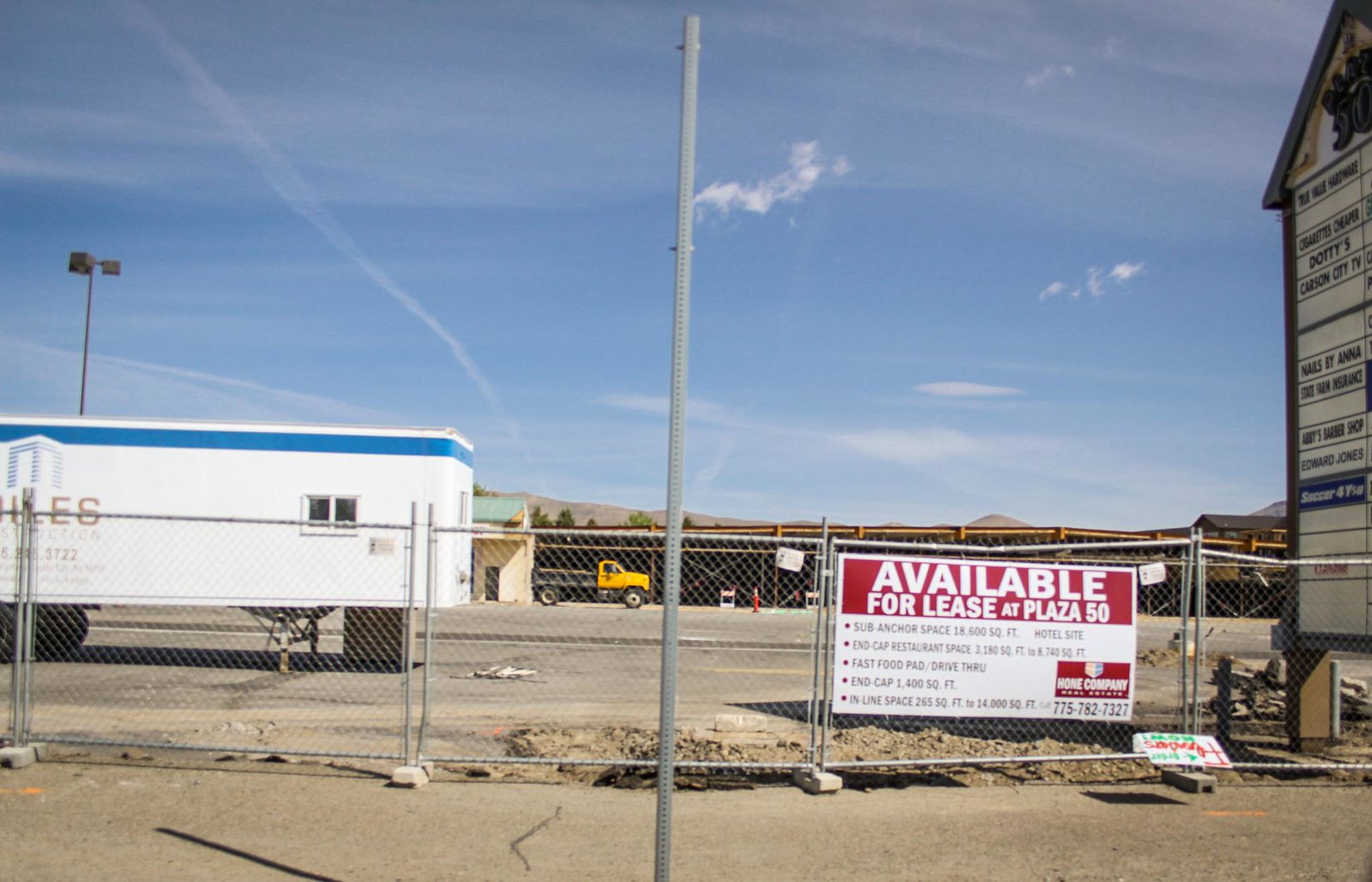 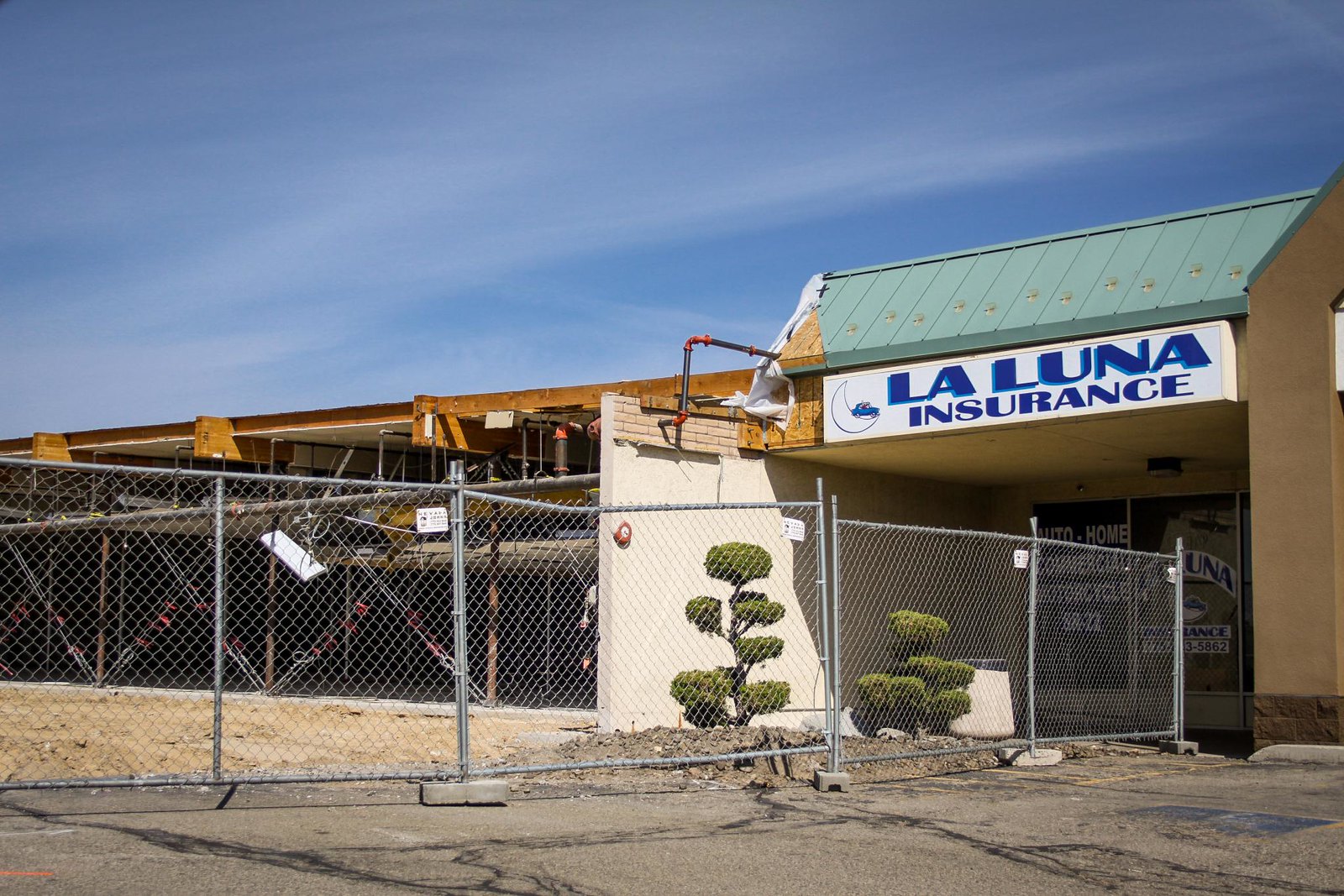