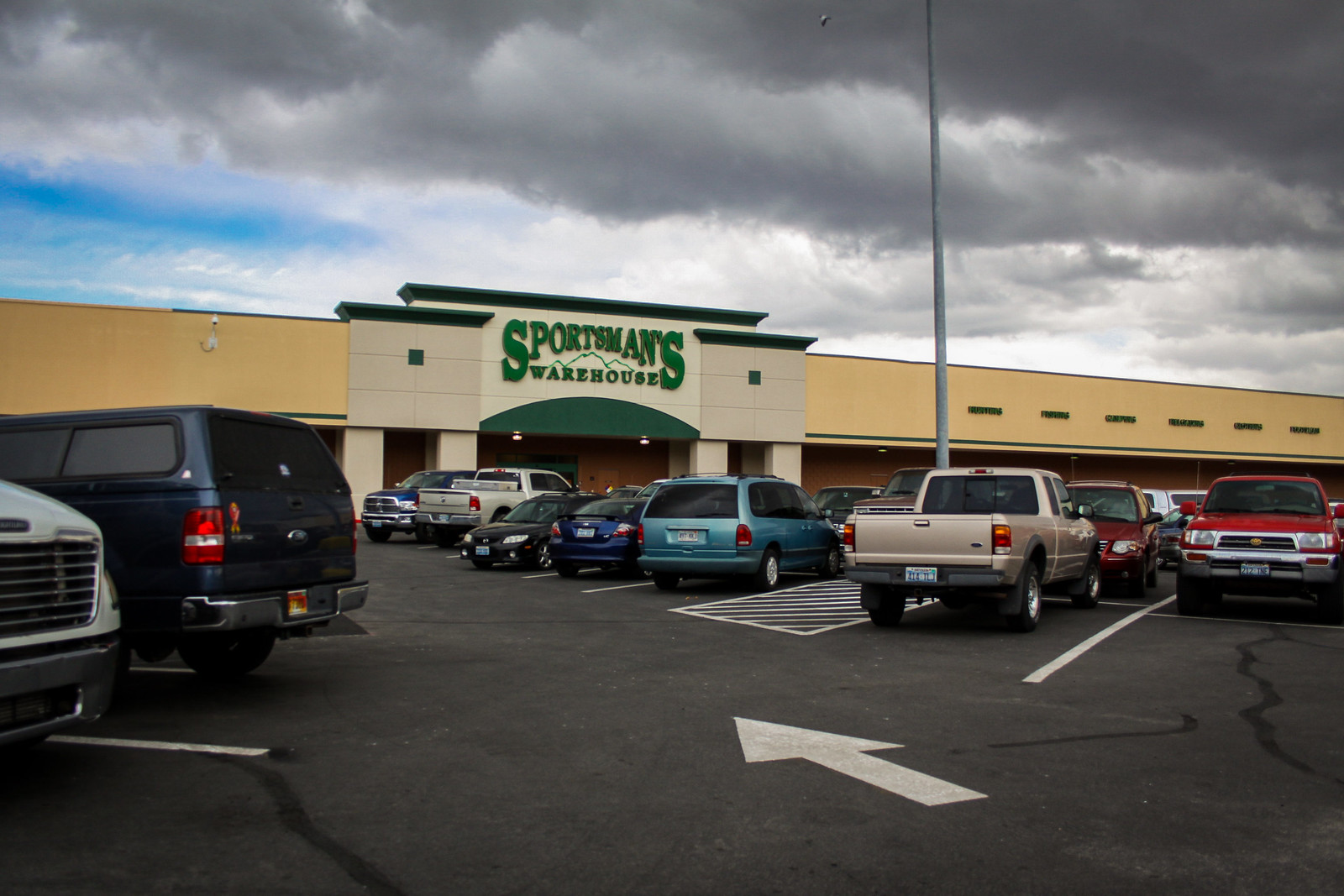 This week the new Sportsman’s Warehouse at the Carson Mall opened. It’s been a long road since their aborted attempt to move into the Southgate Center. 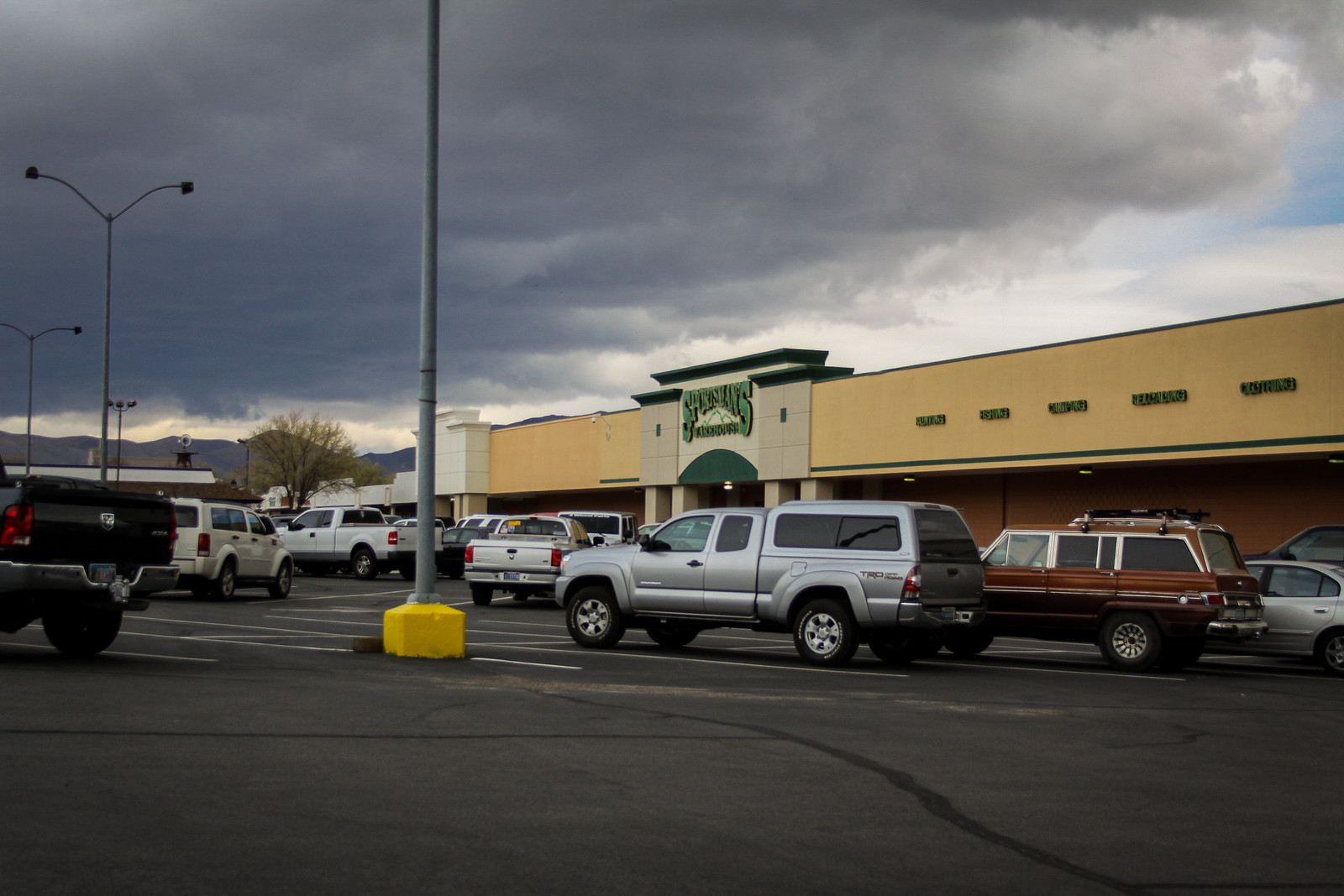 The new store is pretty popular; lot of people showed up for opening day and the first weekend. This building has been empty for a long time, and it’s good to see a new tenant in here. 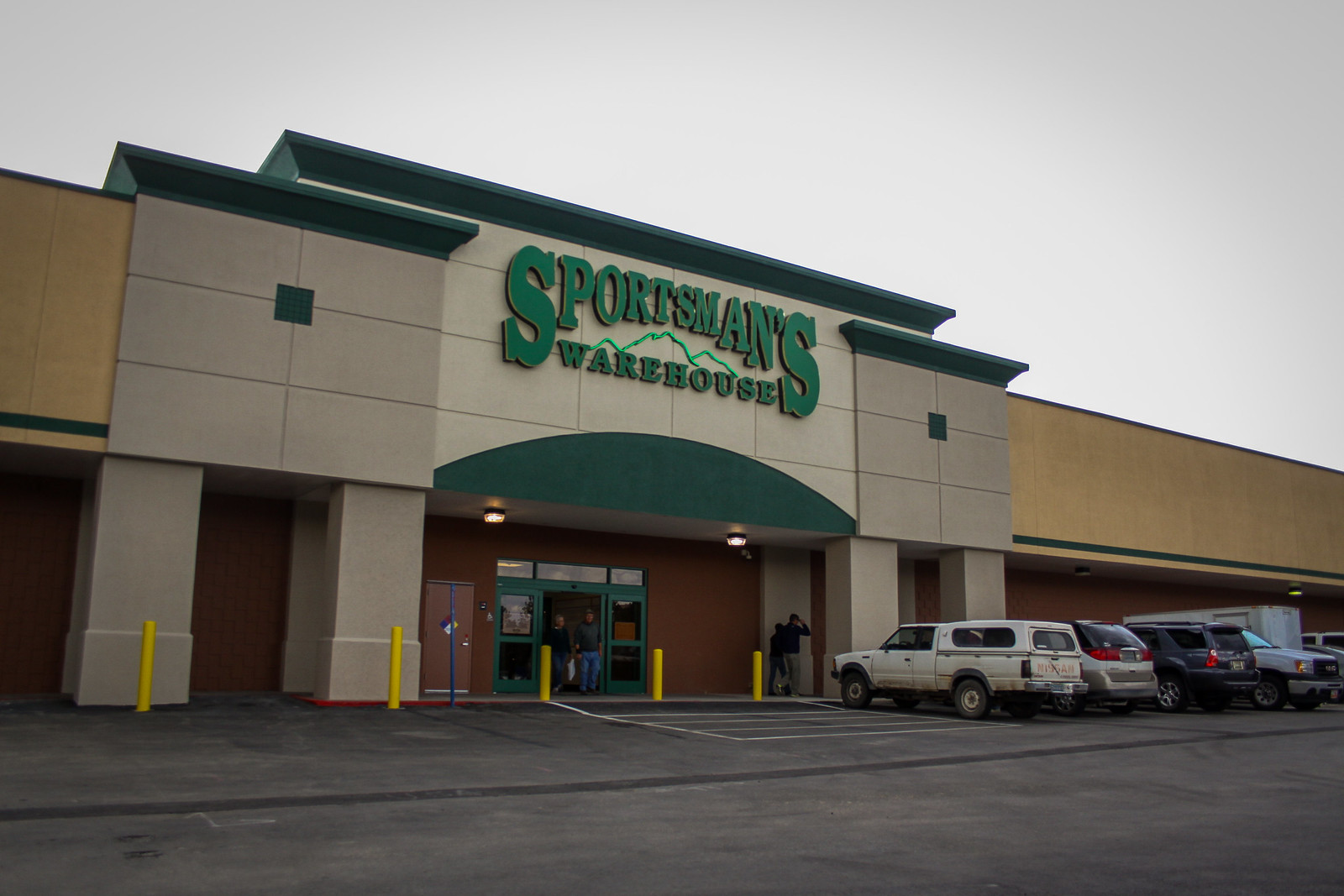 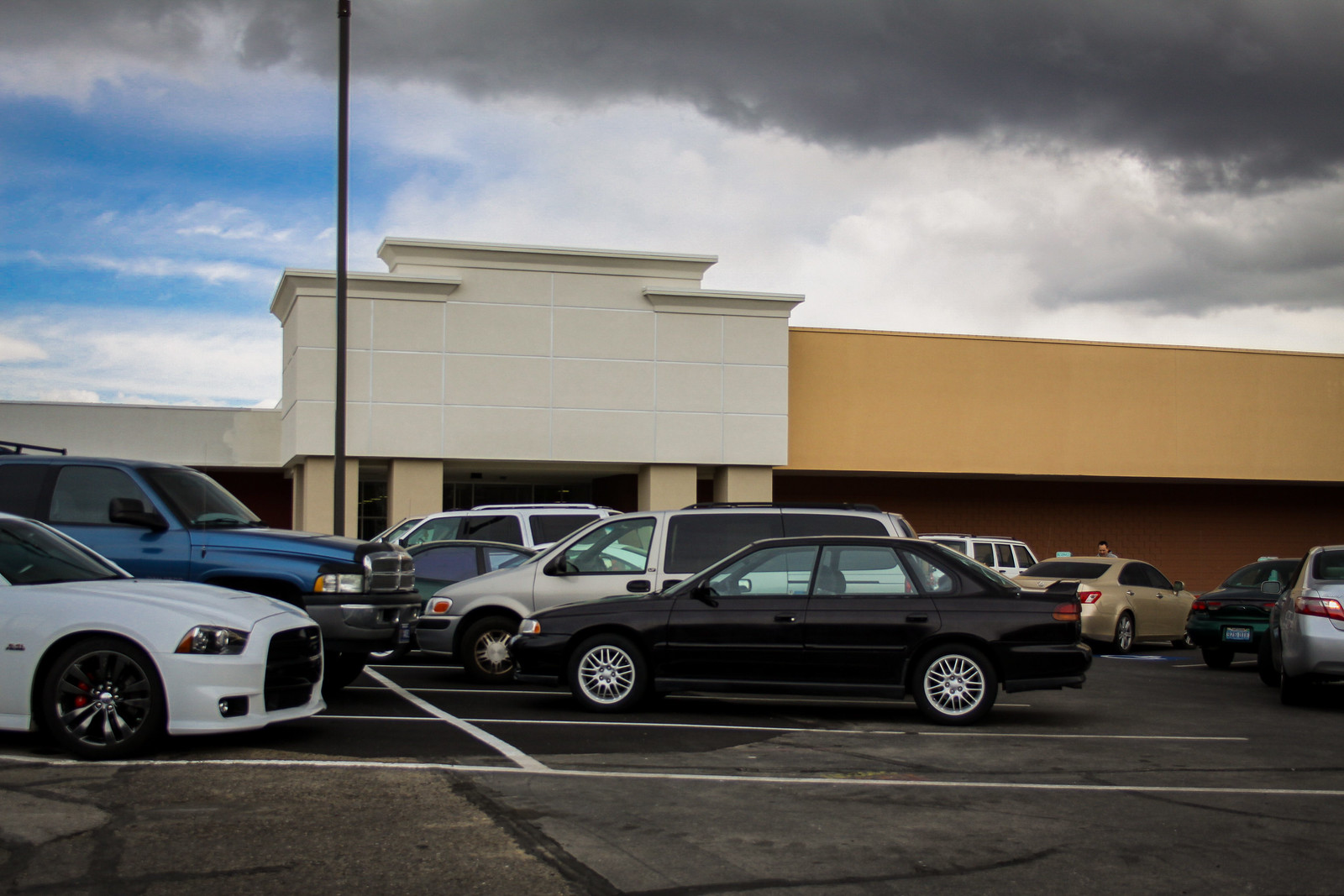 The Beall’s next door is getting close to being finished also. The signs aren’t up yet but all the exterior work is done and the inside is quickly coming together. 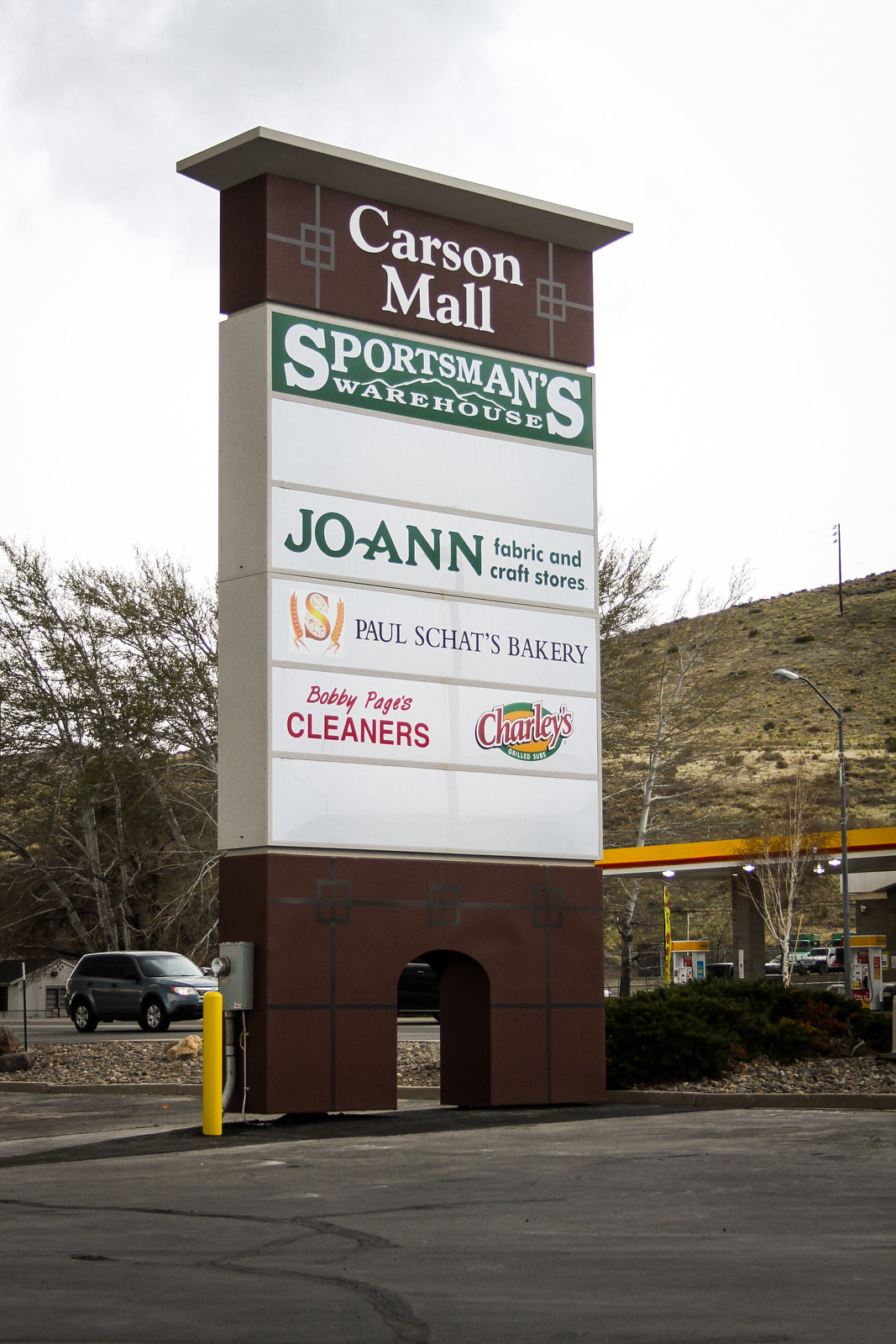 The new sign lists all the big tenants of the mall, with a special spot reserved for Beall’s. 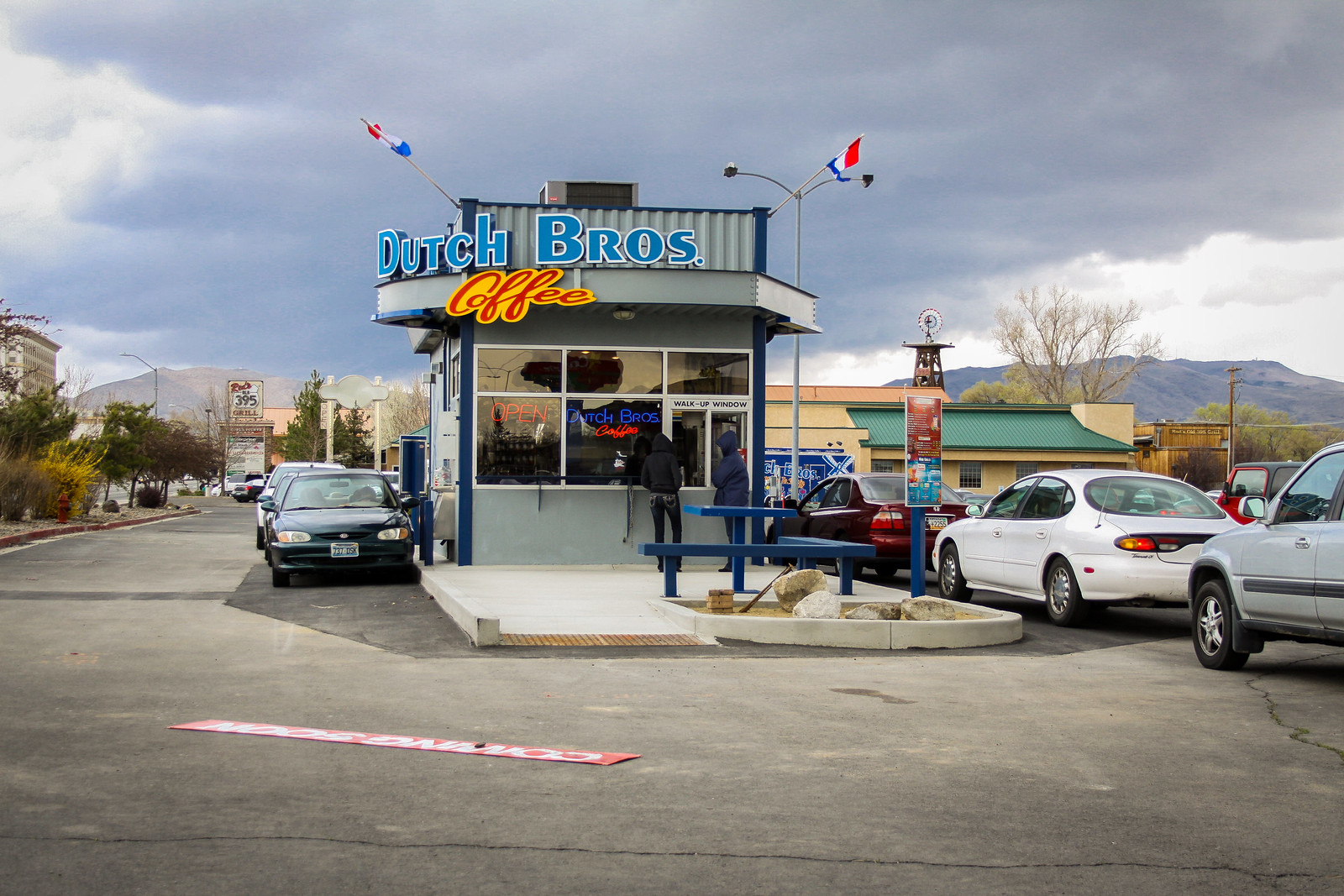 They also made quick work of getting the Dutch Bros Coffee shack open. After it was moved a few hundred yards to the new foundation they had to connect all the utilities, put in a seating area and repave the drive-thrus. All that’s finished and they are now serving coffee again. 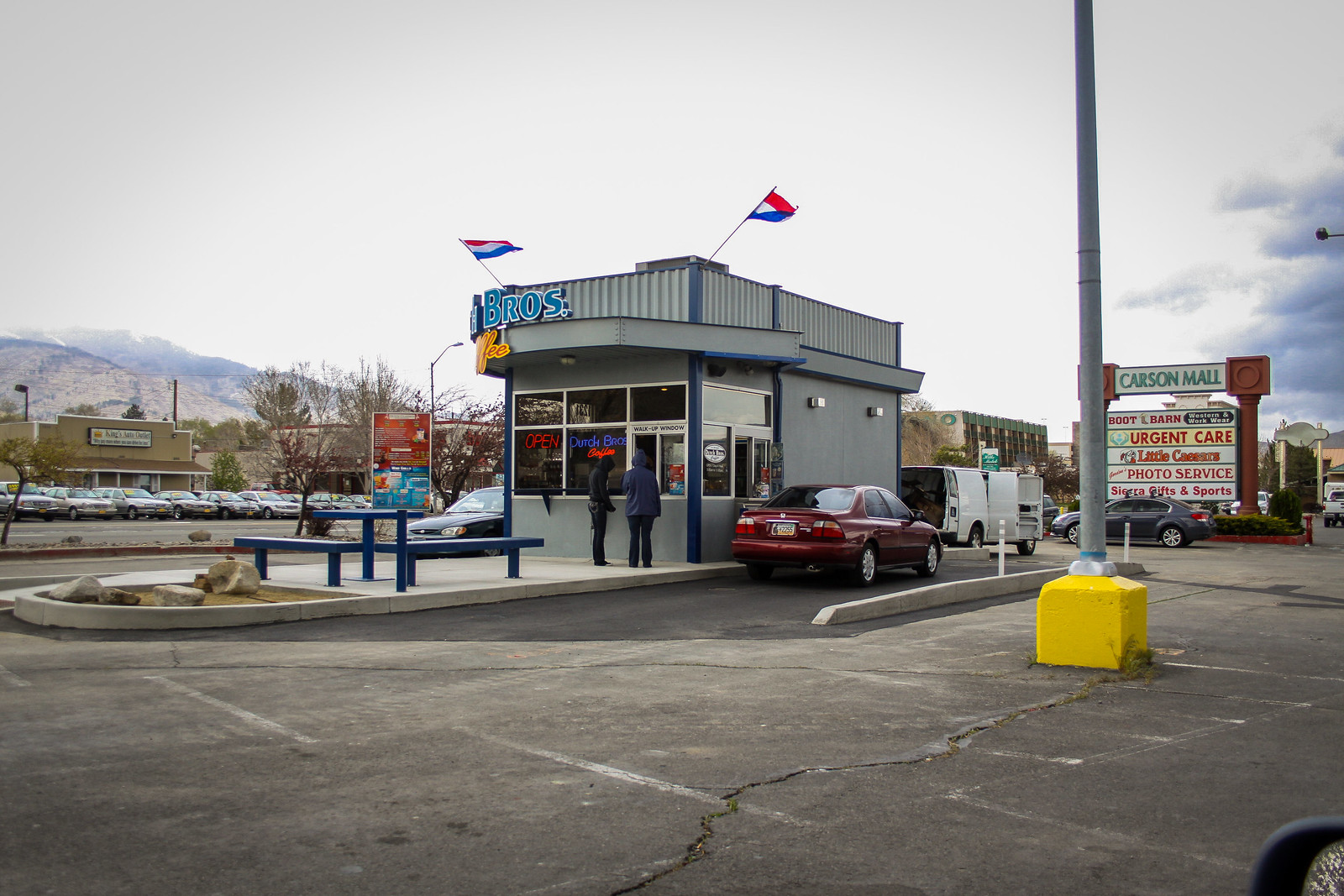 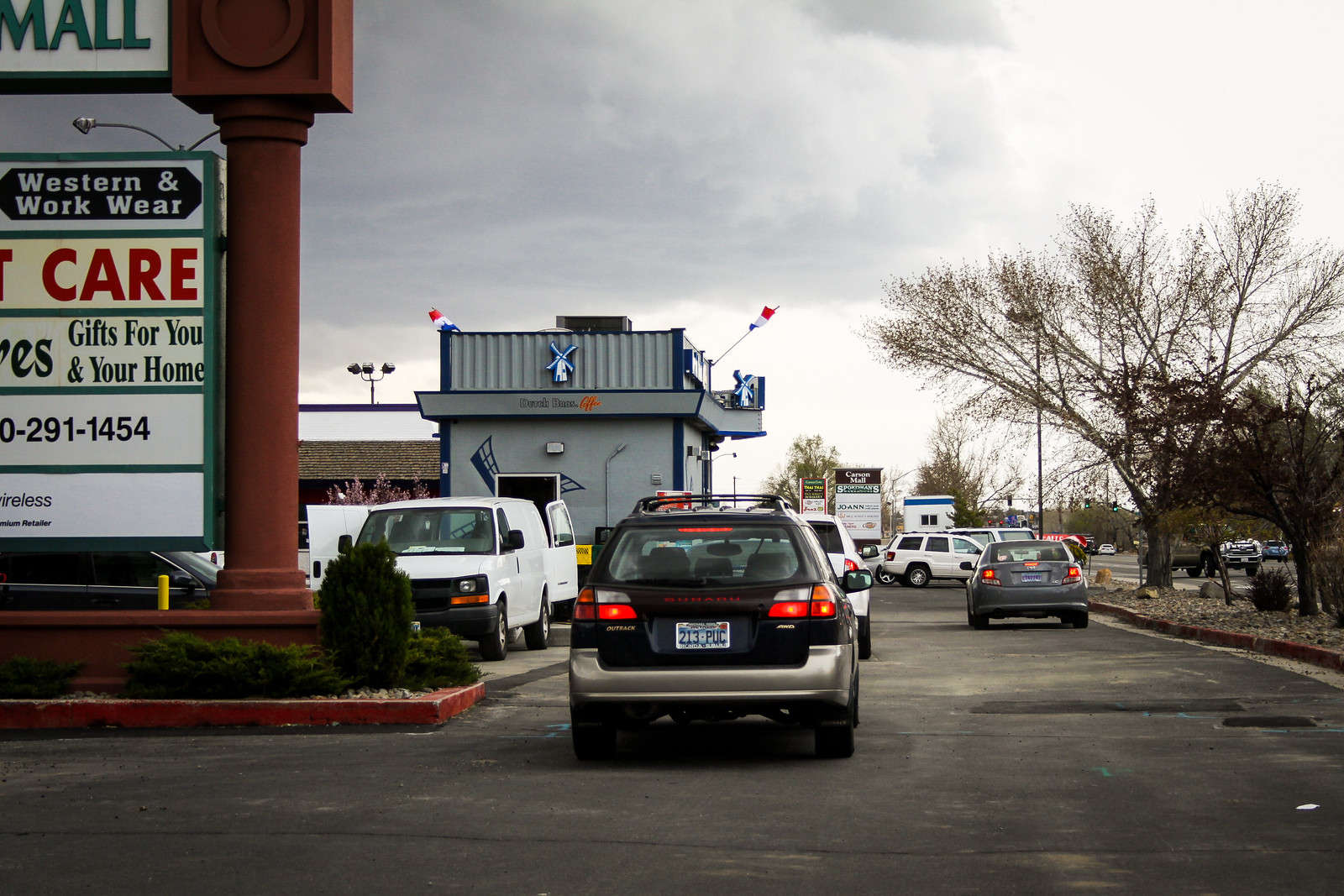 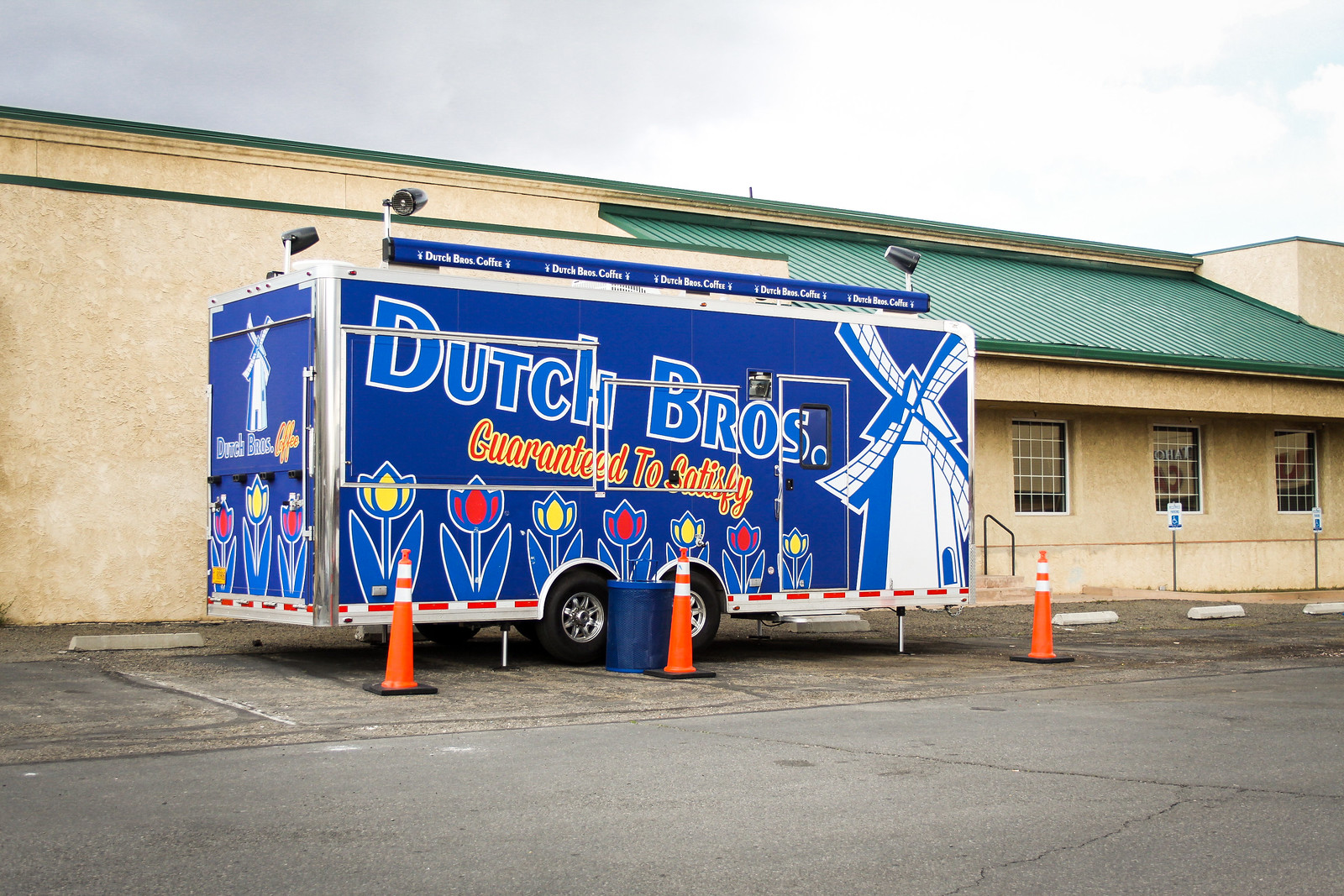 Their old portable trailer is still sitting nearby, probably waiting to be hauled away. 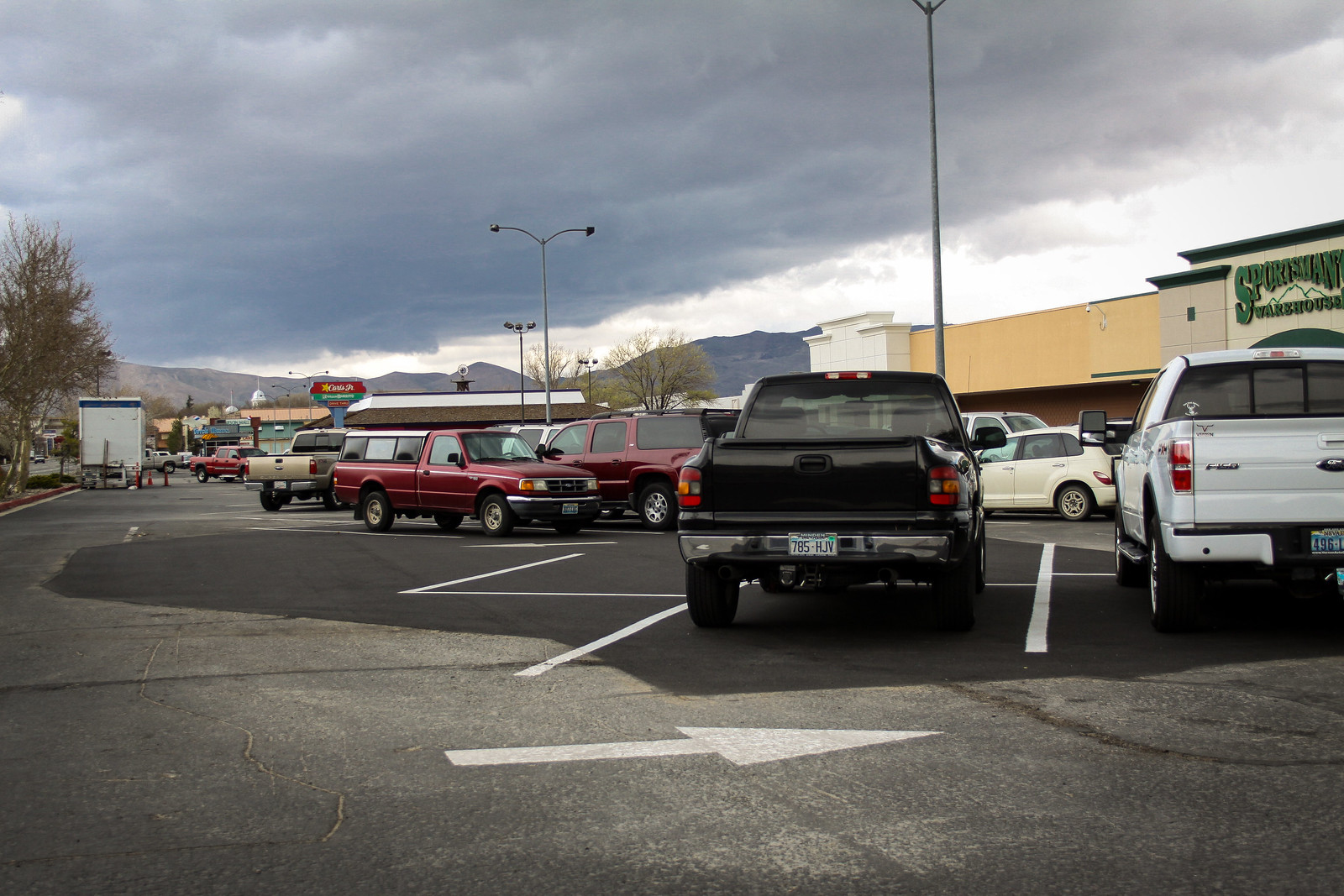 The spot where Dutch Bros used to be has been deftly paved over, and if you didn’t know about it, you’d never even realize it used to be there. Only a patch of fresh asphalt marks the spot. Several new parking spots have been added to handle all the new patrons the mall is going to have now. 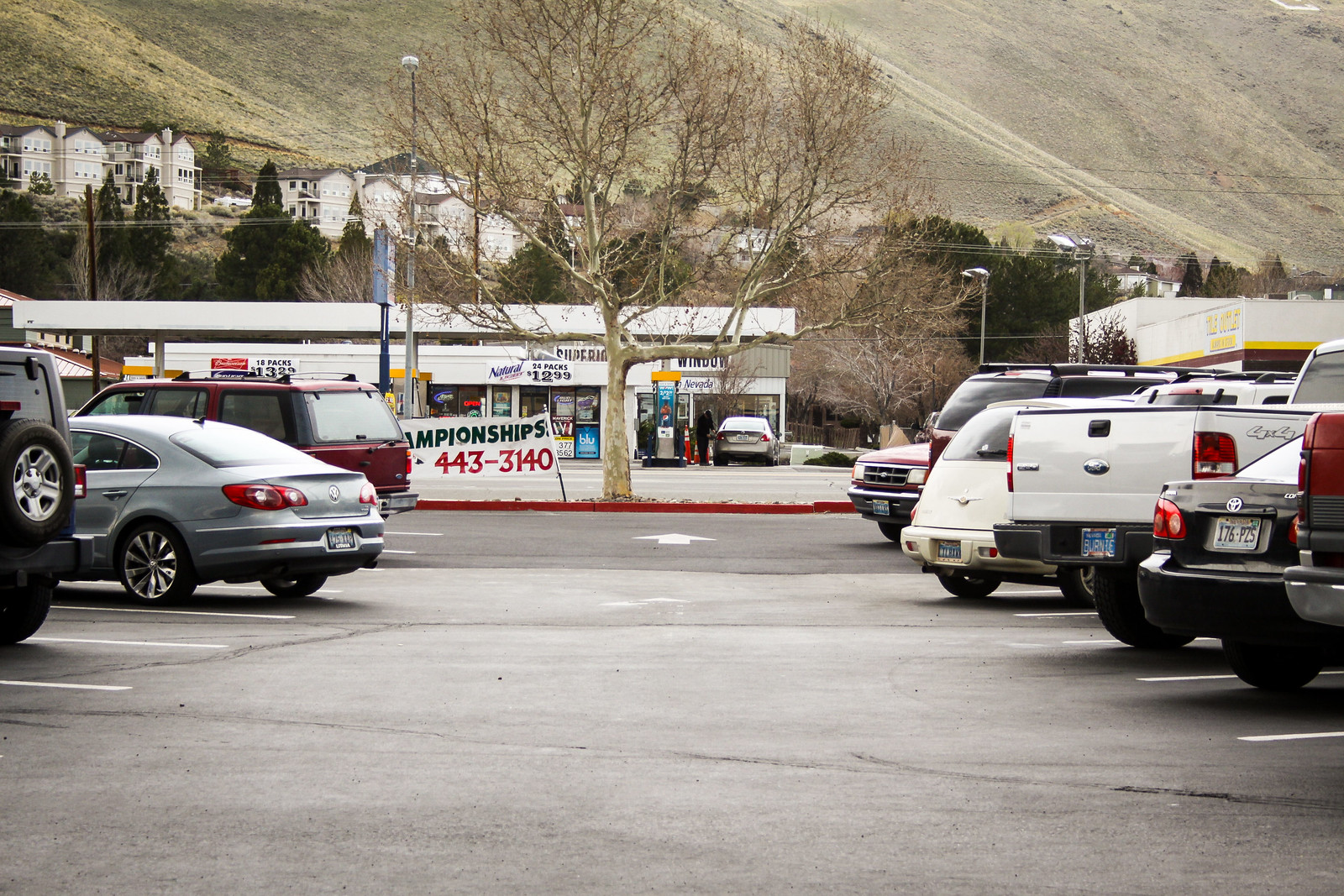 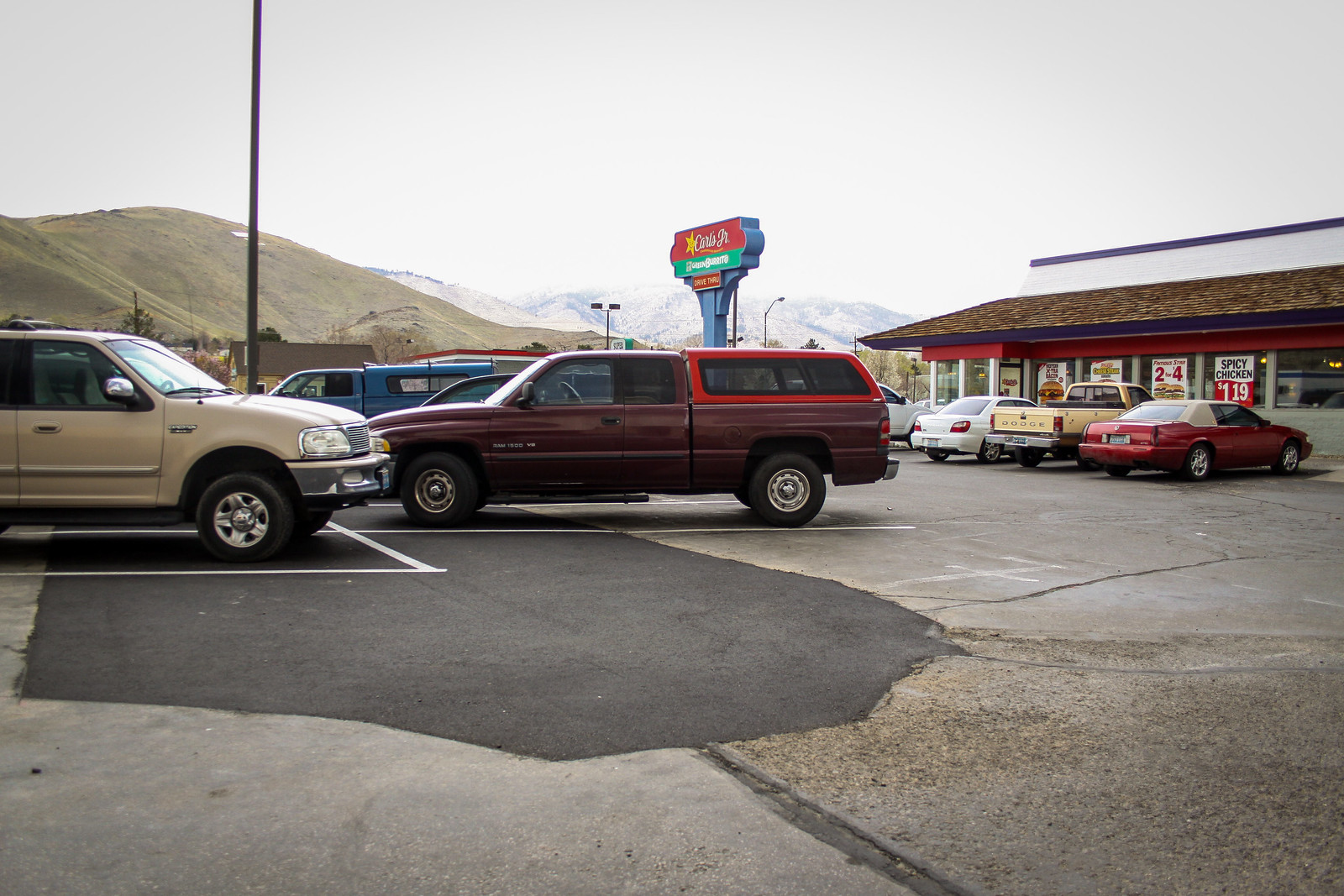 Next to Carl’s Jr they did a similar job on an oval planter that used to be here. The planter is gone, replaced by quite a few more parking spots. With these two new stores they can’t afford to waste valuable parking space on planters. 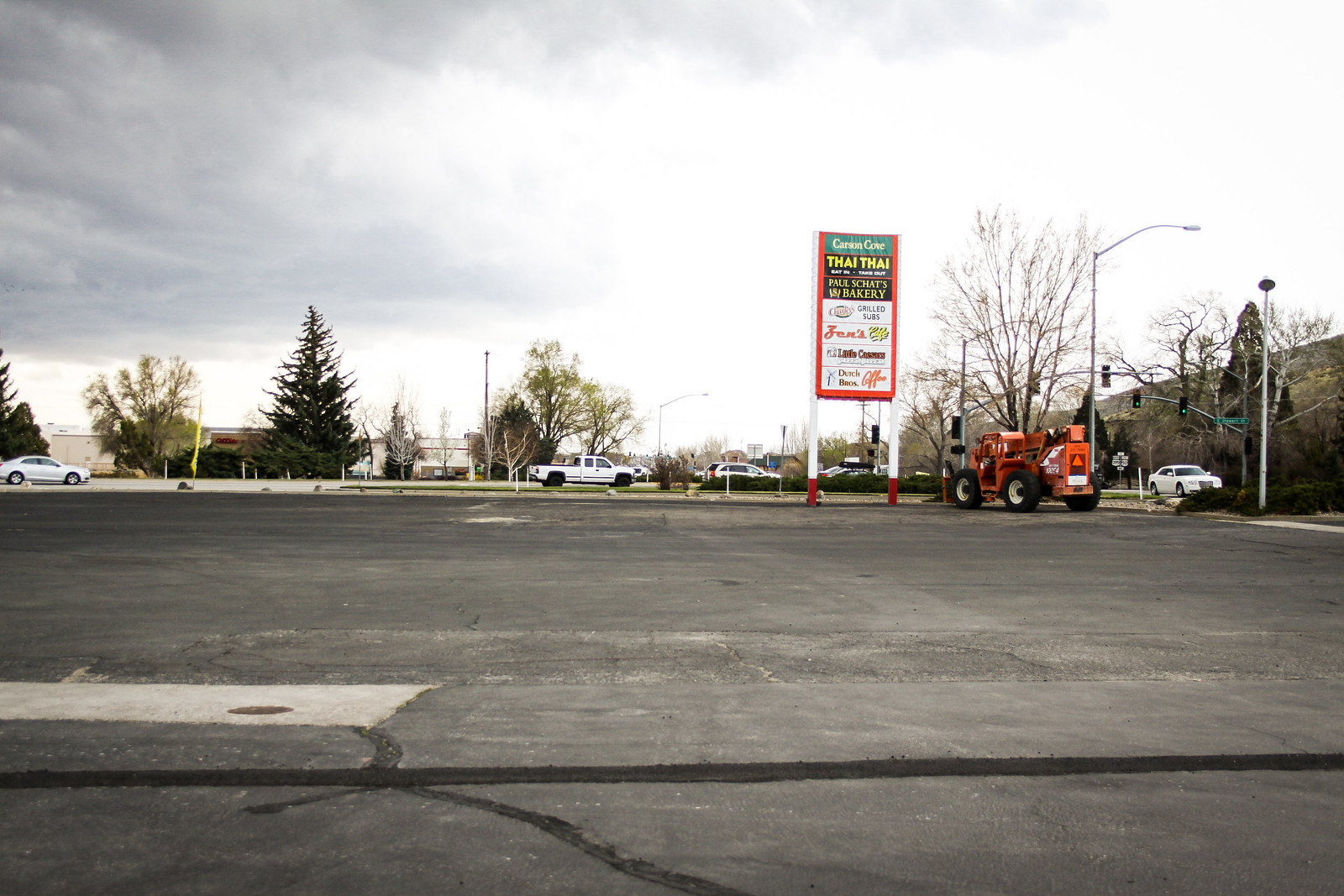 One of the last big projects left for the mall is moving the Carl’s Jr to free up even more parking and remove a huge visual and traffic bottleneck from the front of the mall. This spot here at the far south of the mall is where Carl’s is going to move. I have no idea what their timetable is for this, but they’d be smart to get it done over the warm weather of the summer, like McDonald’s is doing.