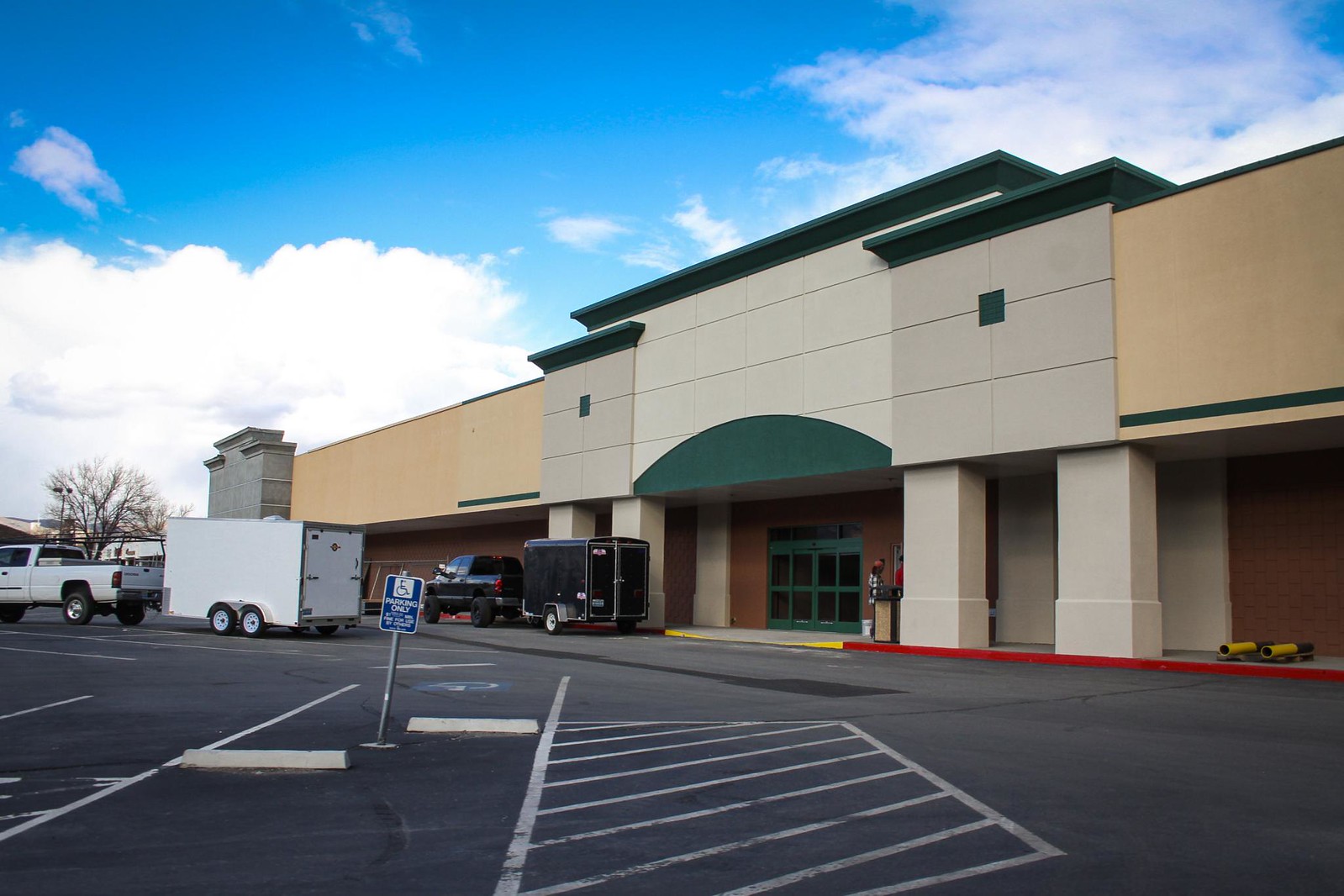 Construction has been going on at the Carson Mall all fall and winter. The old Gottschalks space is finally getting some new permanent tenants. Sportsman’s Warehouse is moving in here (after pulling out of Southgate a few years ago). Also, since the space is way too big just for that, we are getting a Bealls, a store from back east that doesn’t have much of a presence out west. 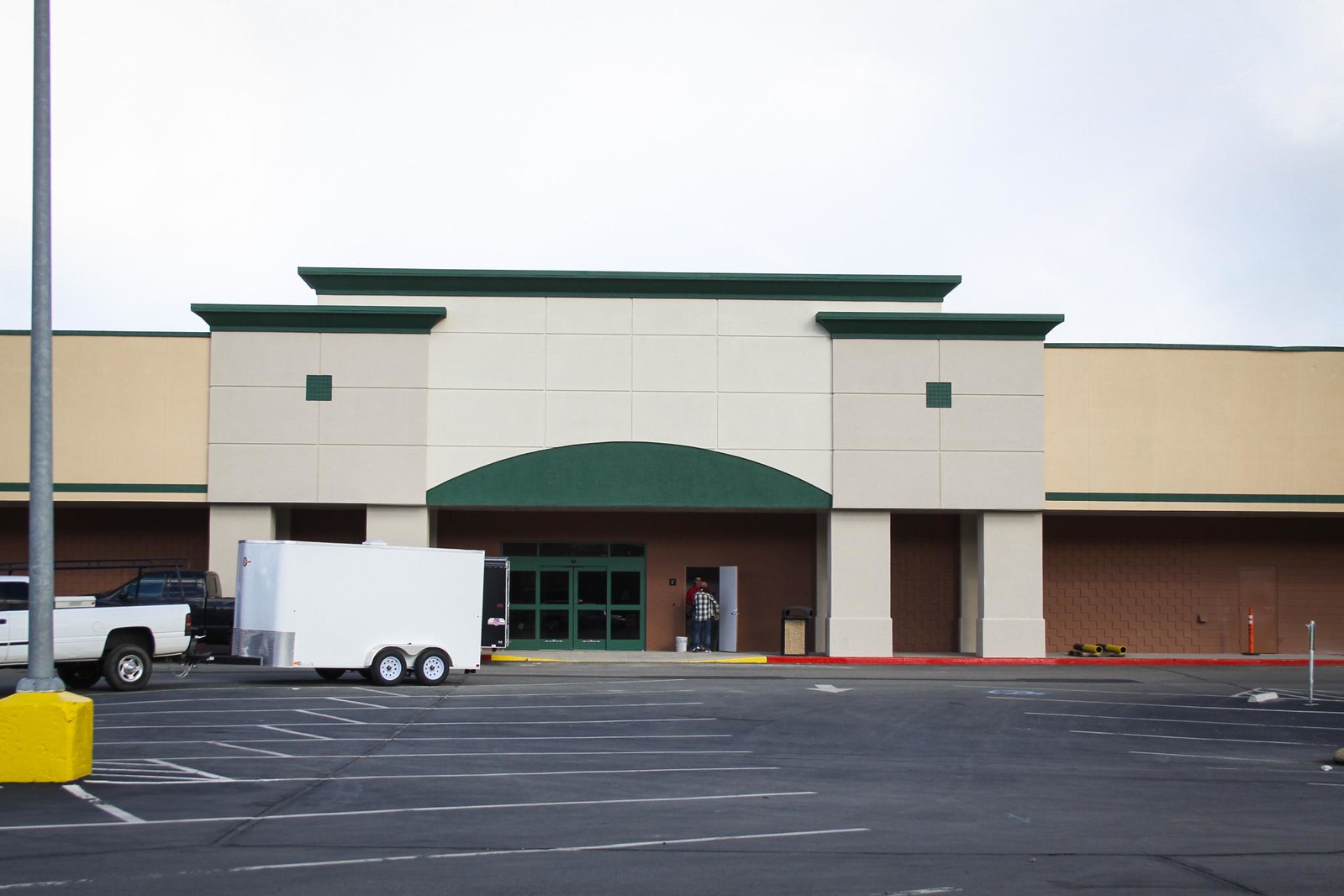 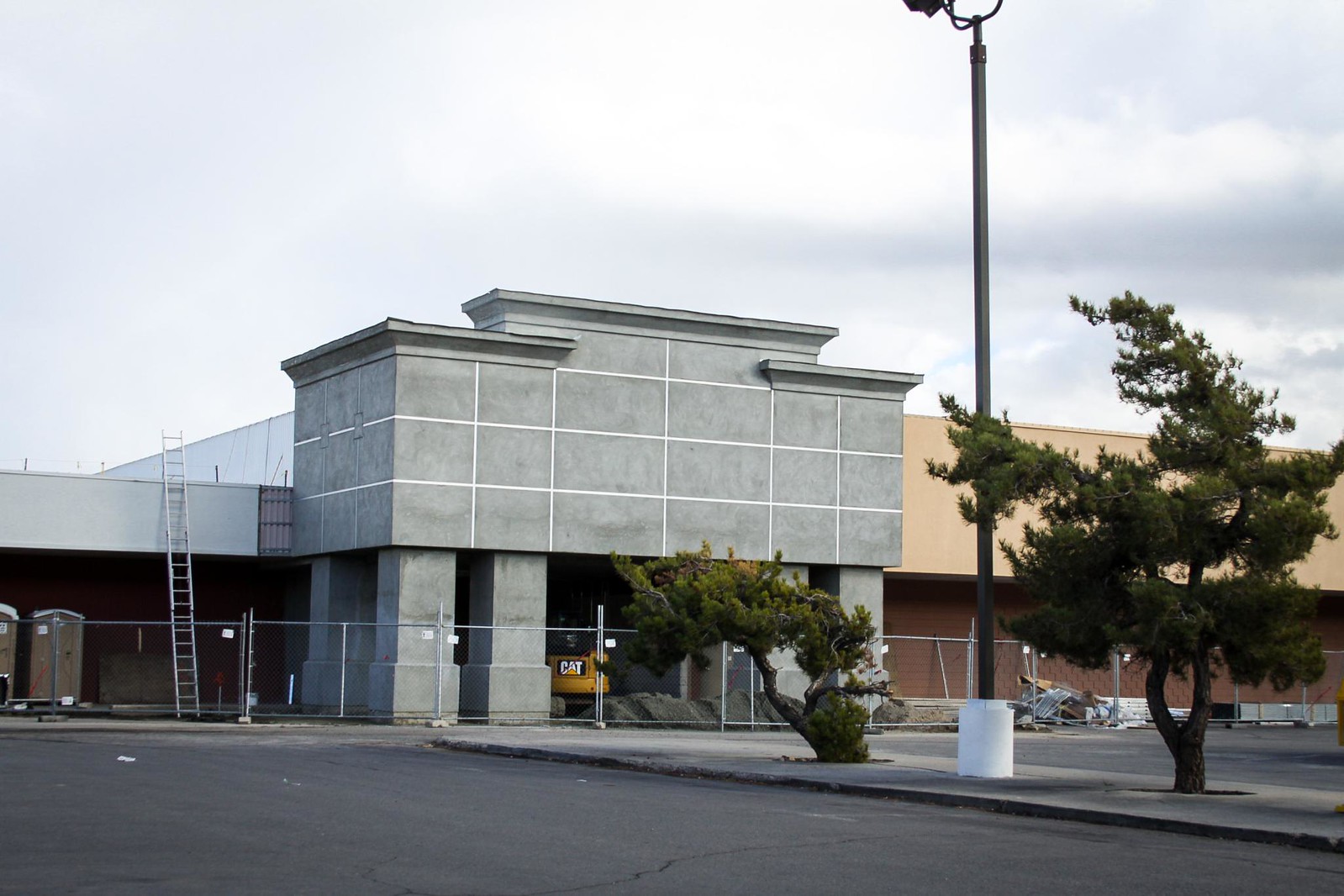 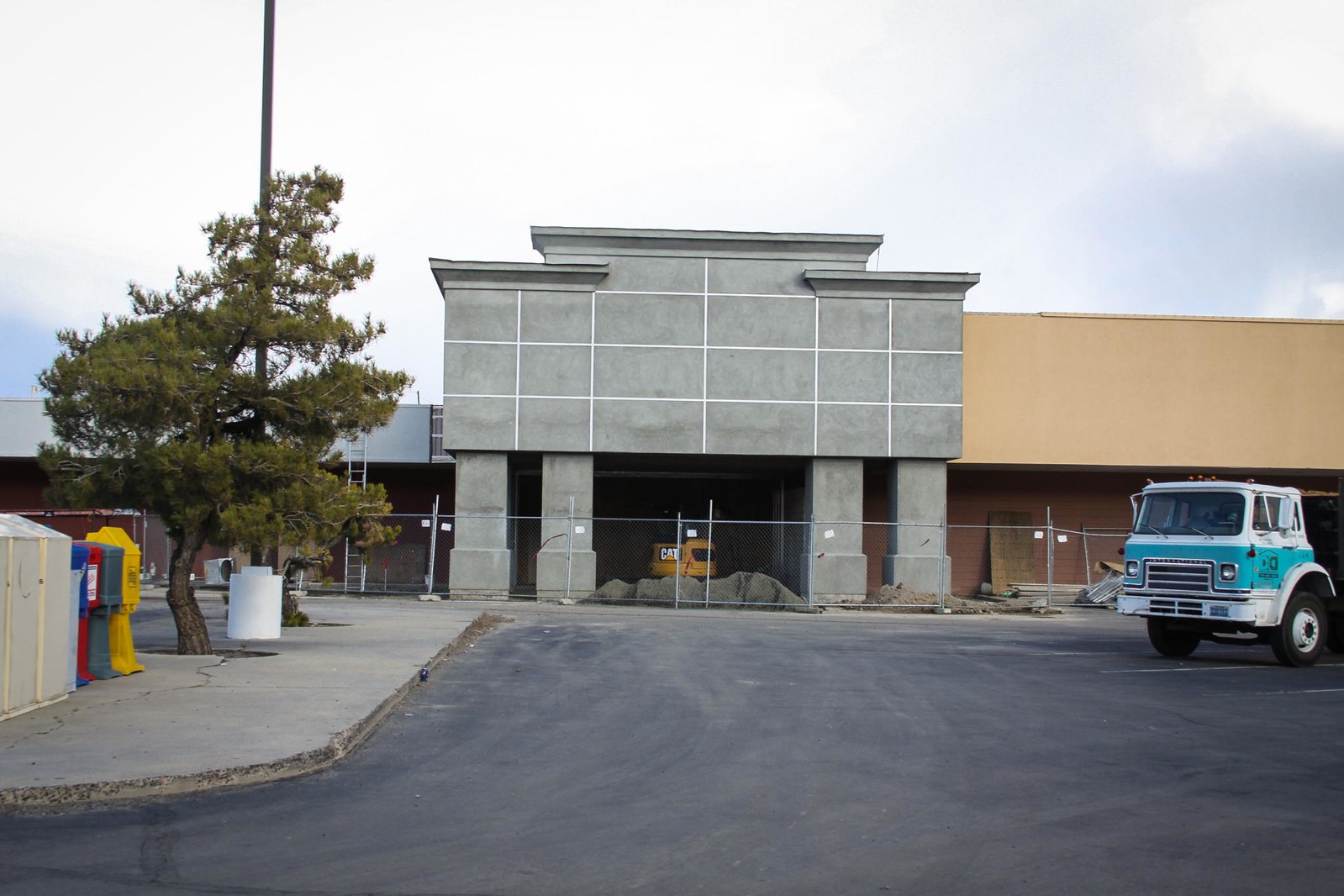 It’s a big push for a mall that’s kind of been a ghost town lately. It should be popular, being right at the heart of town, but every time I go in it’s so empty. Maybe being downtown is what’s hurting it, since there’s been a definite shift south in the center of gravity in the past couple of decades. Nearly every big store in town is south of Koontz, and the ones north of that line always seem to struggle. The Carson Mall keeps holding on and keeps trying new things, it just seems like they can never win. Maybe this will be the comeback for them. 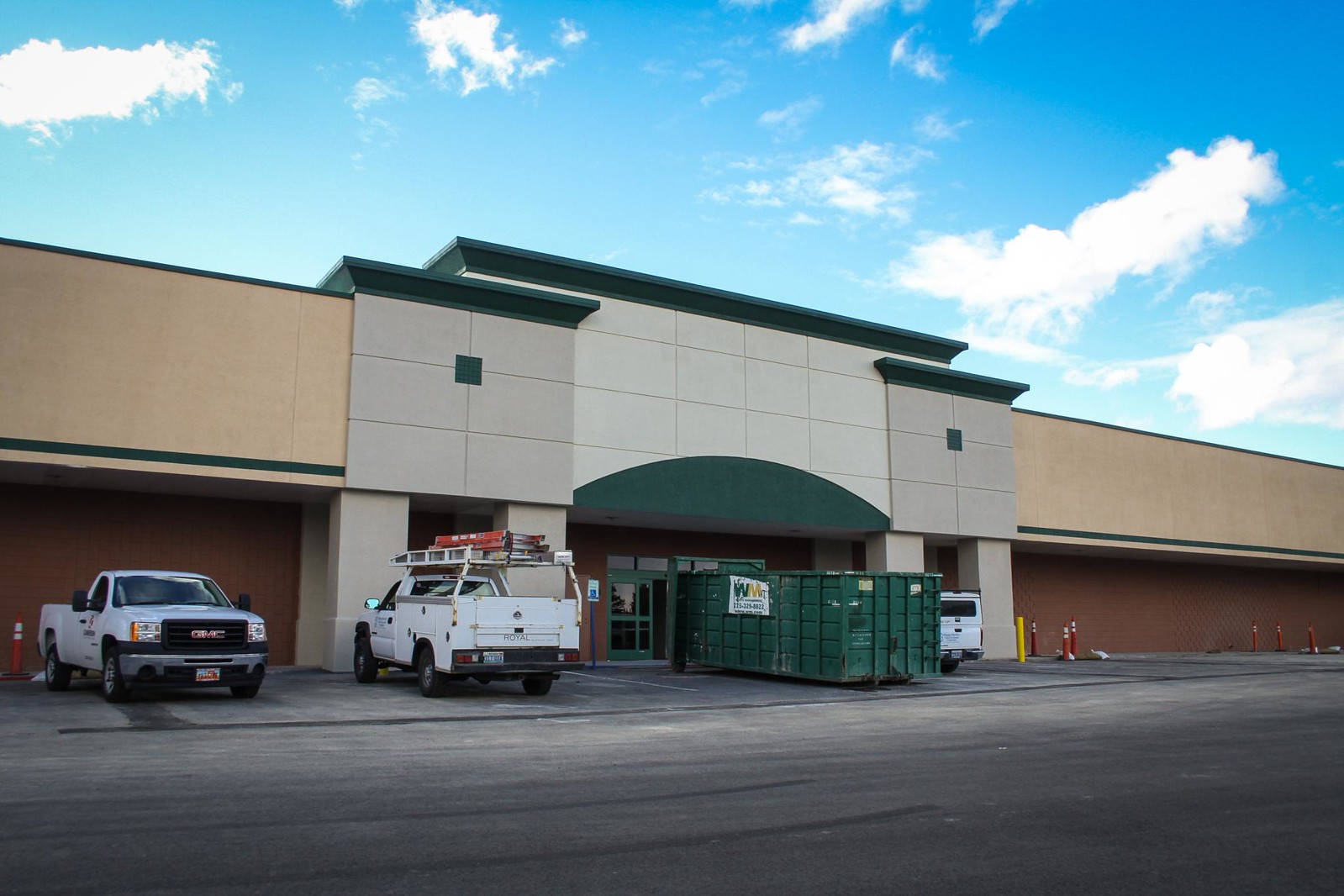 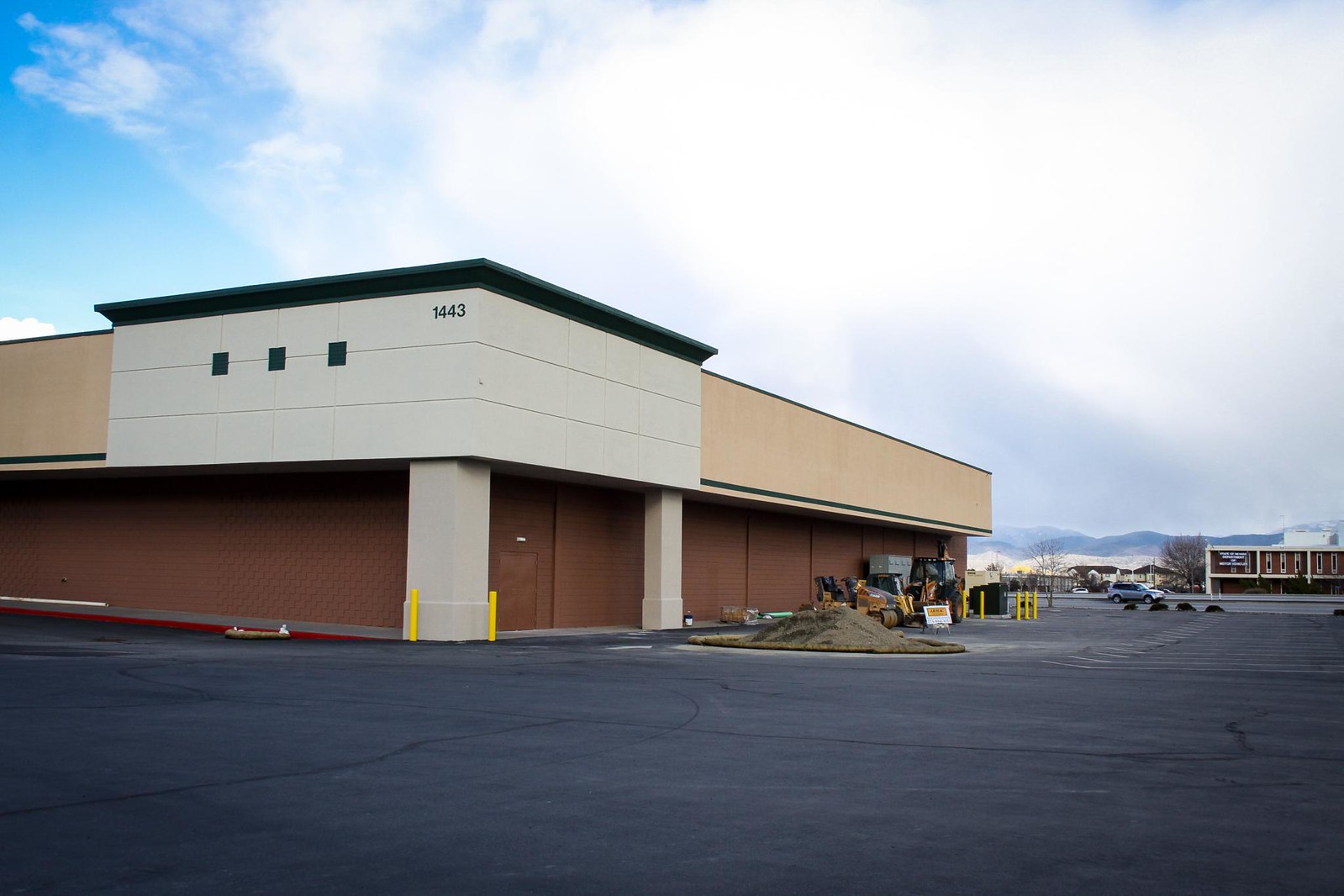 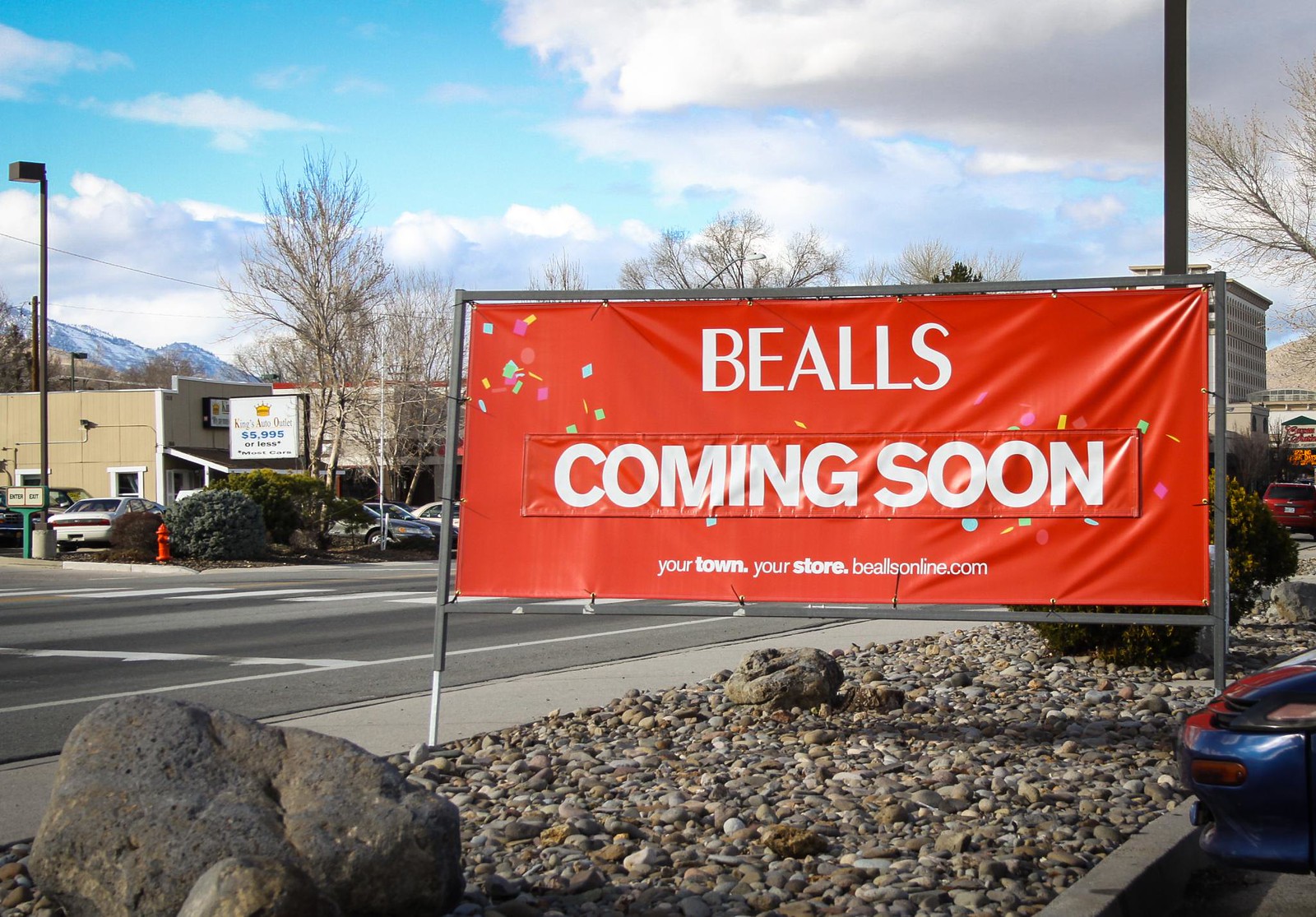 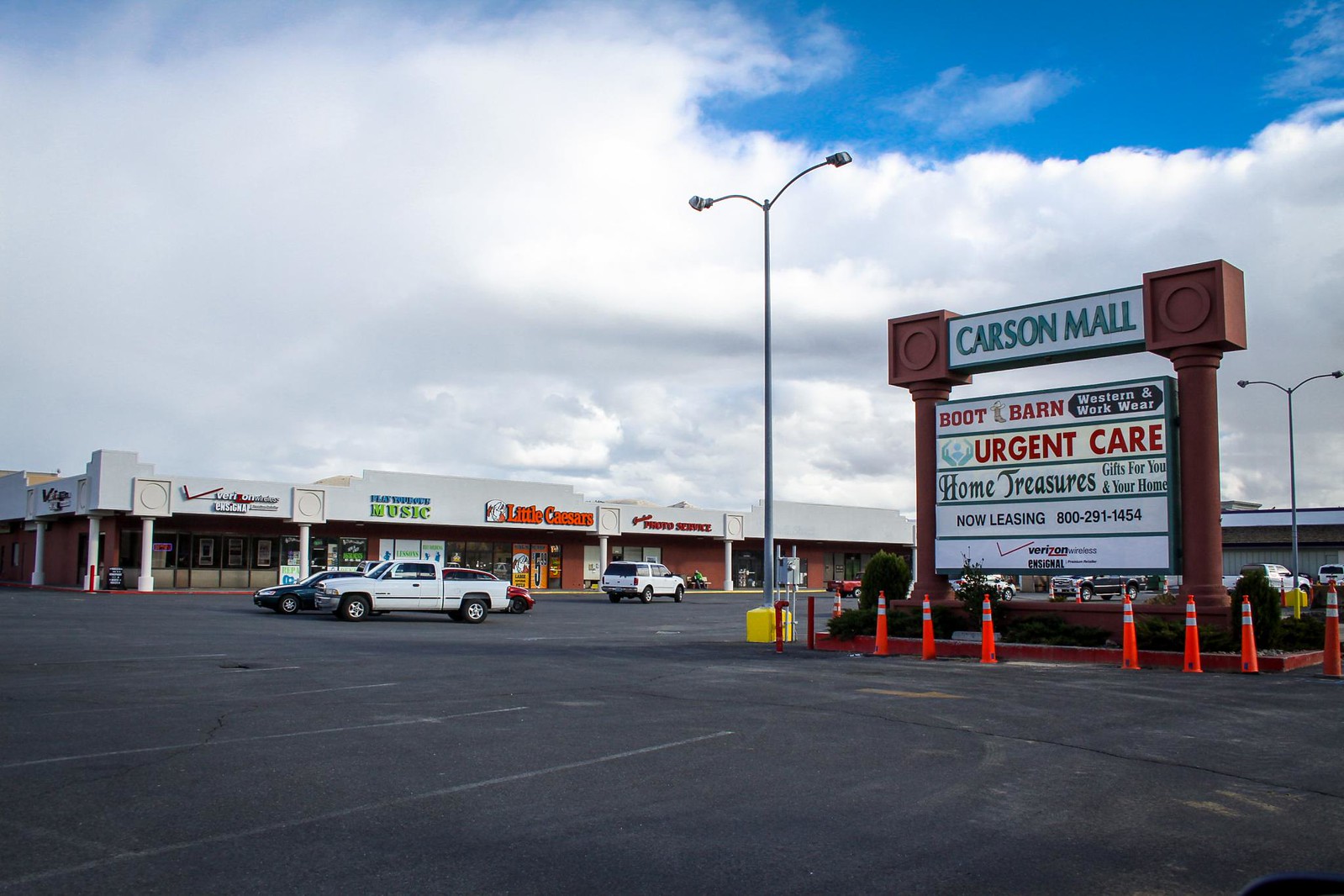 It’s also funny that they keep adding new signs for the mall. 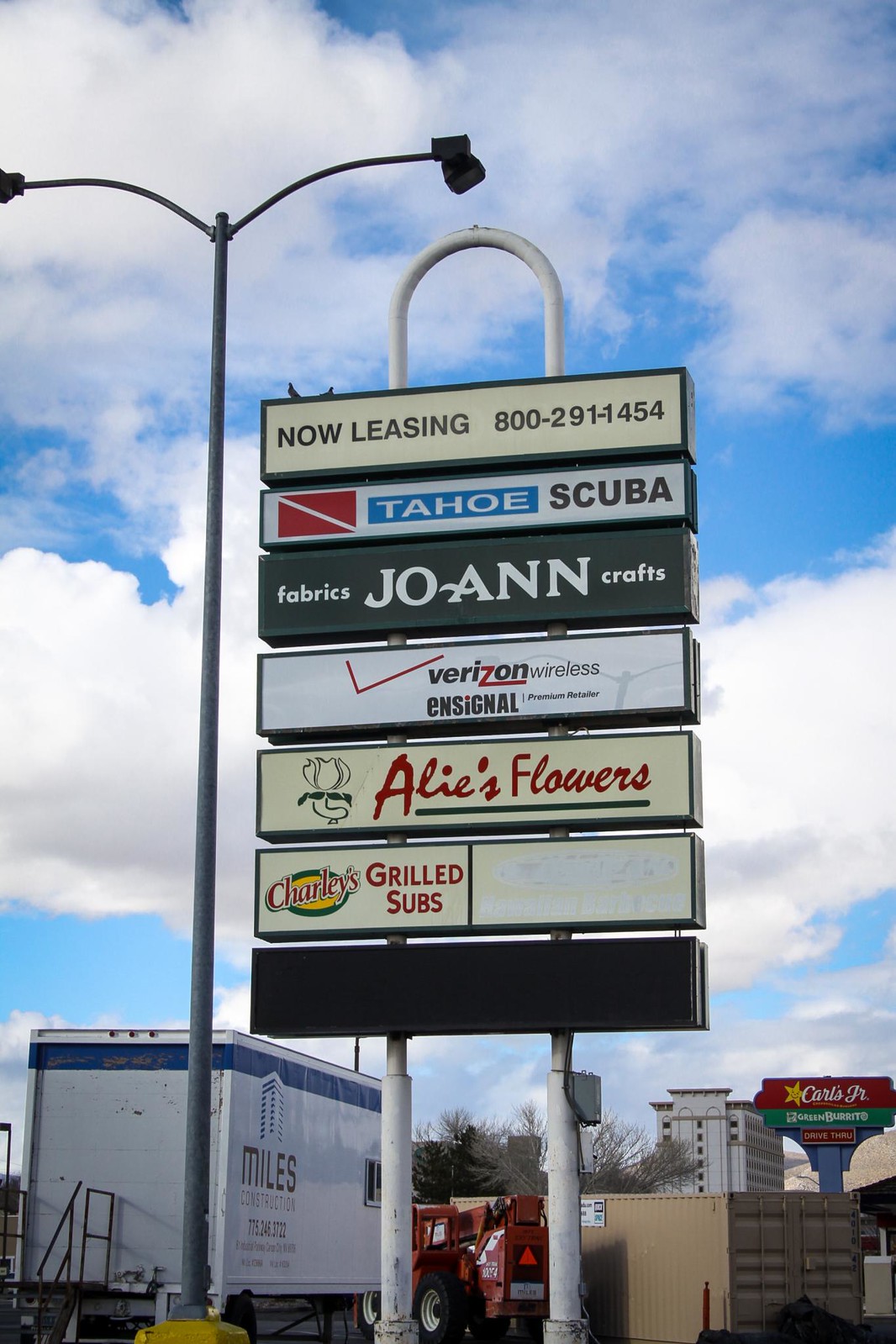 Last fall a new sign went up. That makes four signs along Carson Street now, each one architecturally different, and each one advertising different stores. 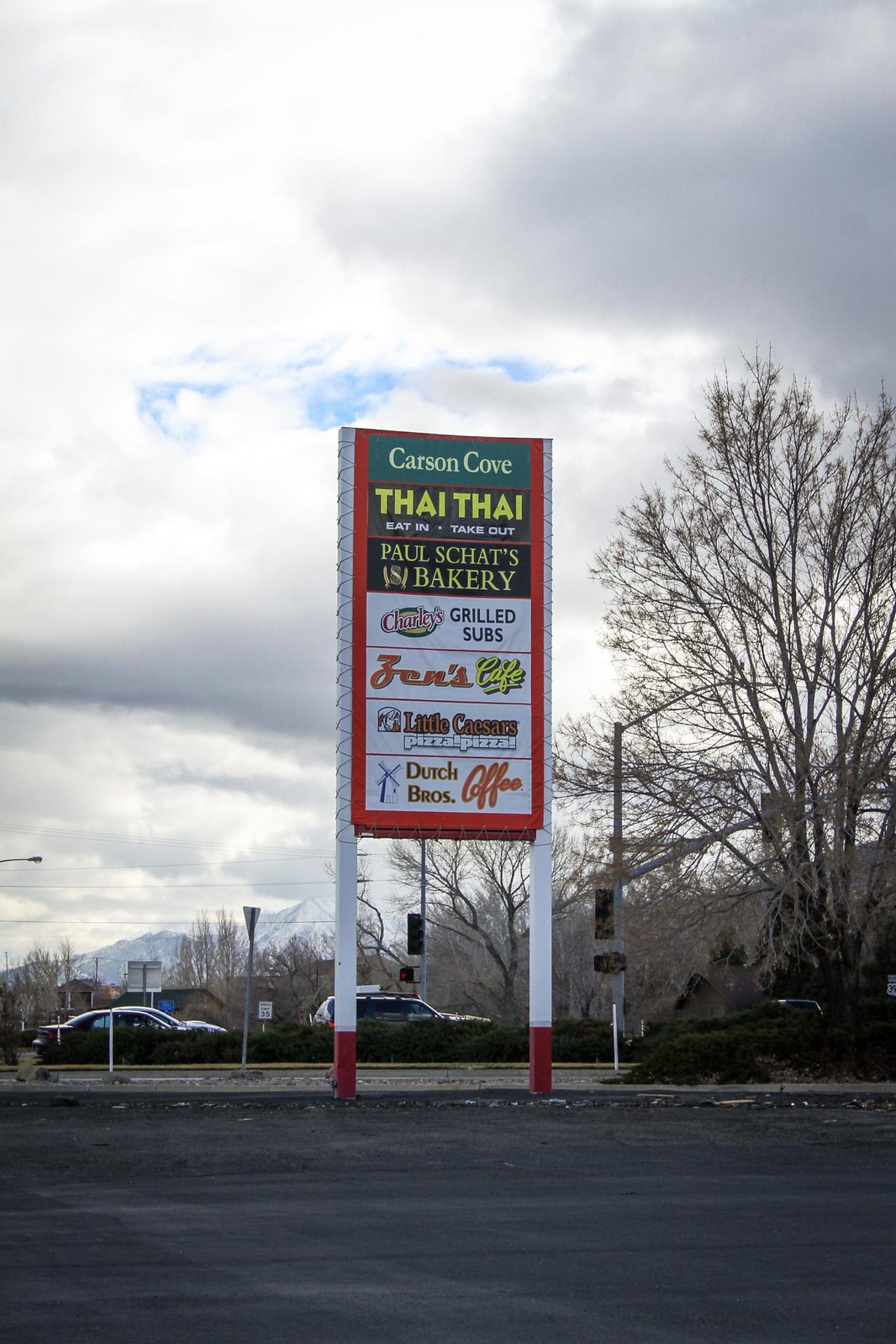 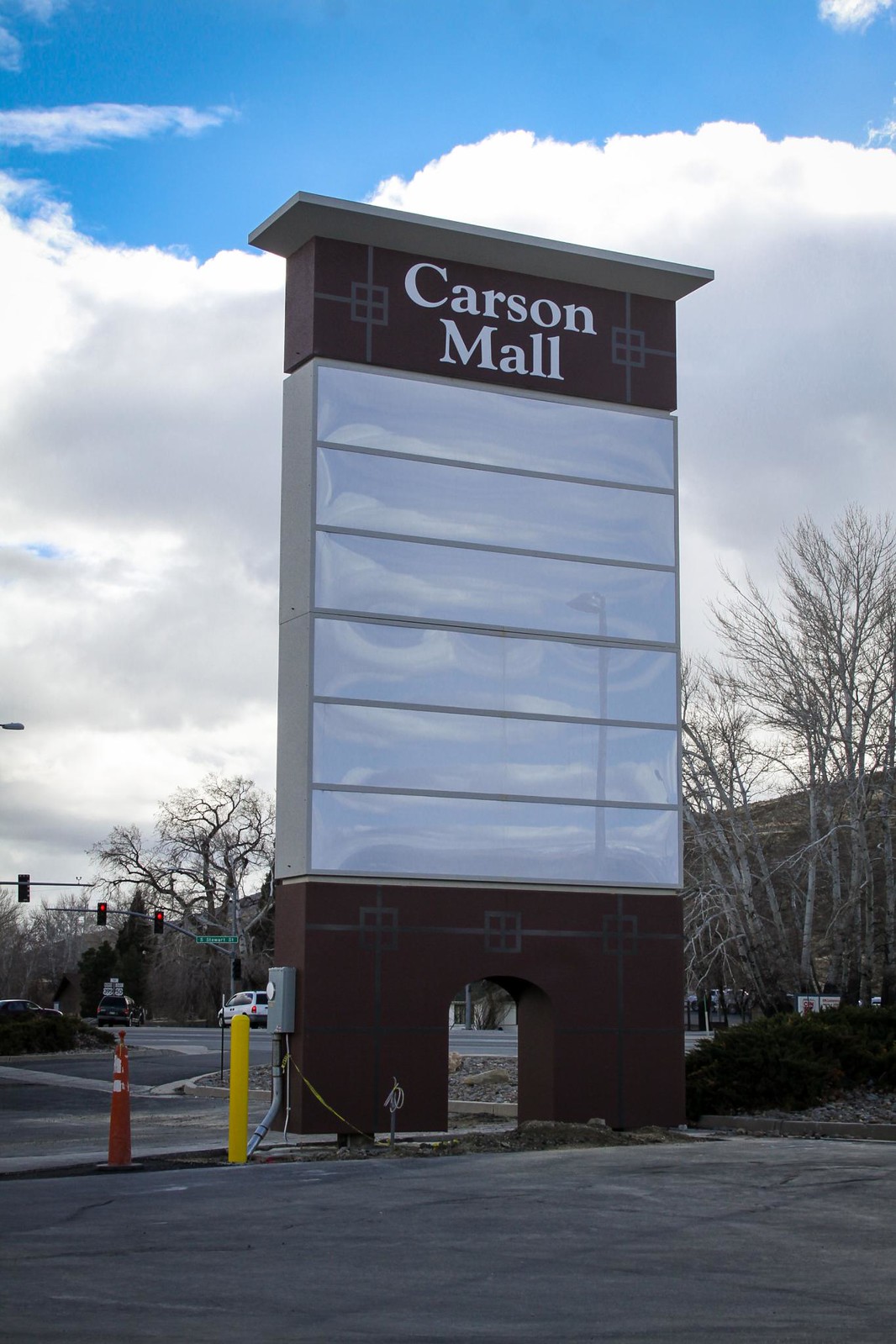 The new sign no doubt will advertise Bealls and Sportsman’s Warehouse, but there’s plenty of space beyond that. I wonder if they’ll ever take down any of the signs, or just keep adding more? 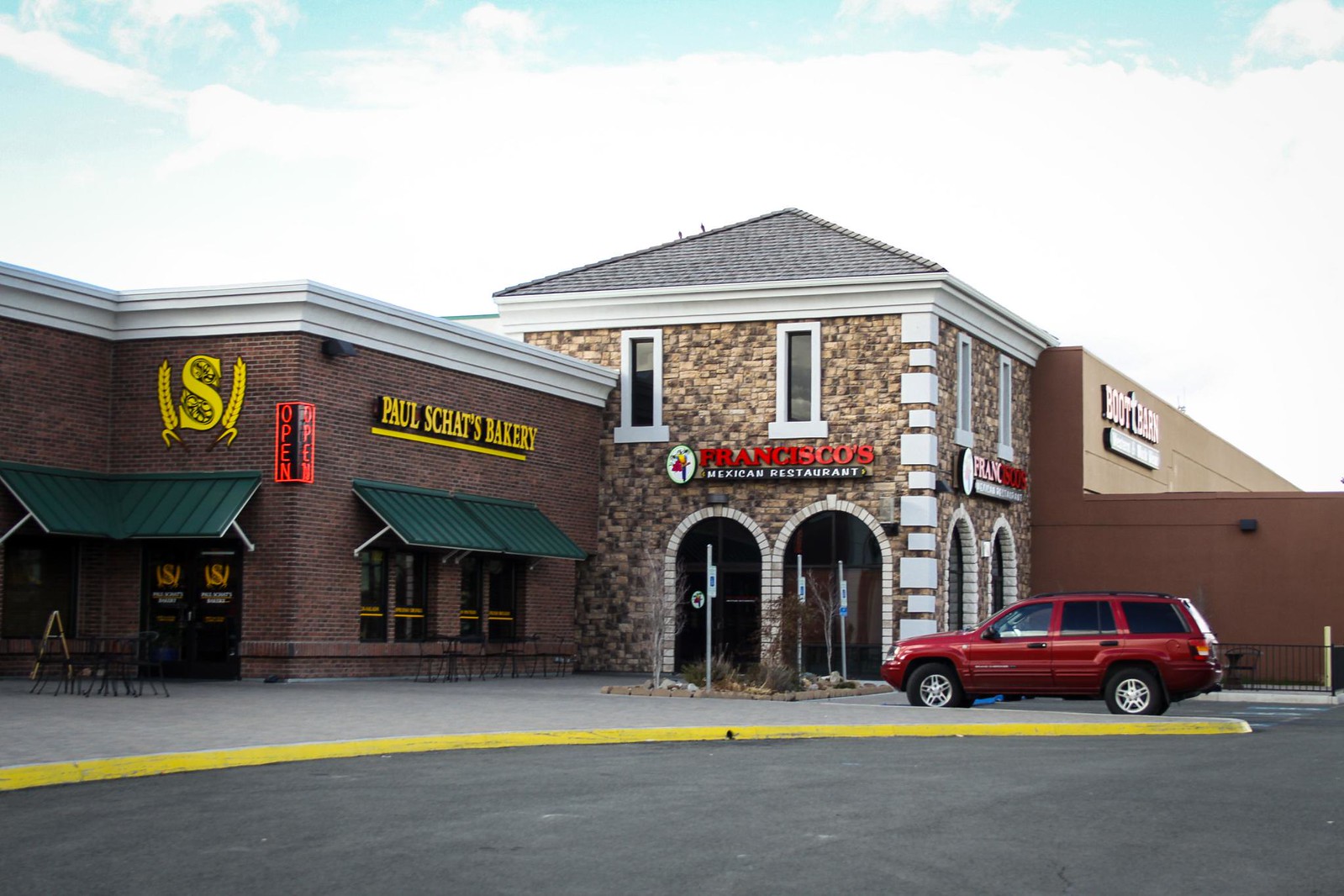 A new restaurant is coming to the mall too. Francisco’s Mexican Restaurant, which already has a location in downtown Minden, is opening up in the old Paradise Cove space. This Carson Cove area, with the restaurants and fast food, was an exciting addition a couple of years ago, but it’s struggled to keep tenants as well. Hopefully this place will succeed here and provide a solid anchor for the mall. 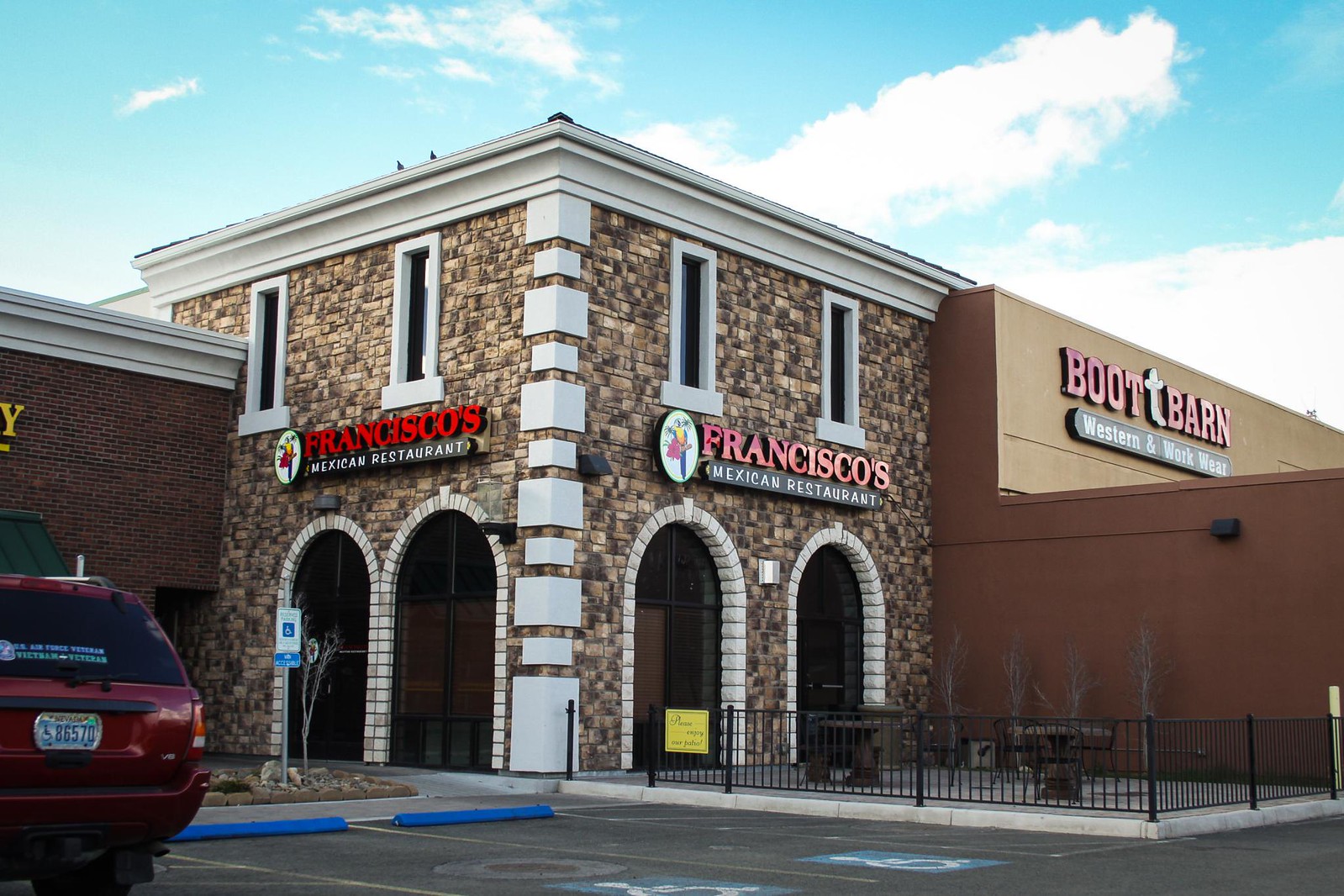 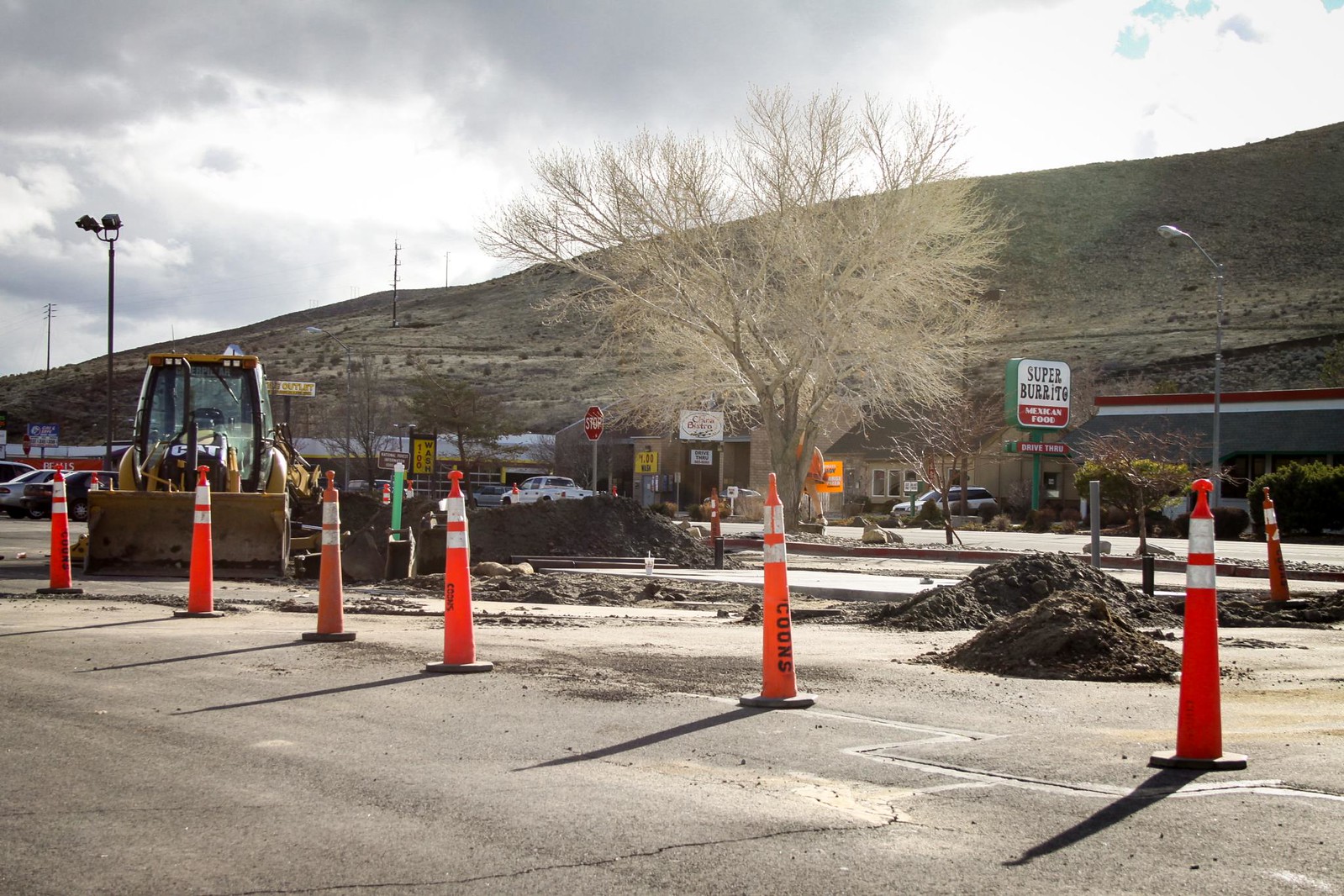 There’s also some construction going on out in front of the mall in the parking lot. A foundation is going in place. It looks like it’s for a little kiosk, maybe a drive-up coffee stand like Dutch Bros. at the other end of the mall. Dutch Bros. always seems busy, so perhaps a little competition will be good. Or maybe they’ll serve something else, though I can’t imagine what else you’d serve out of a little kiosk like this. 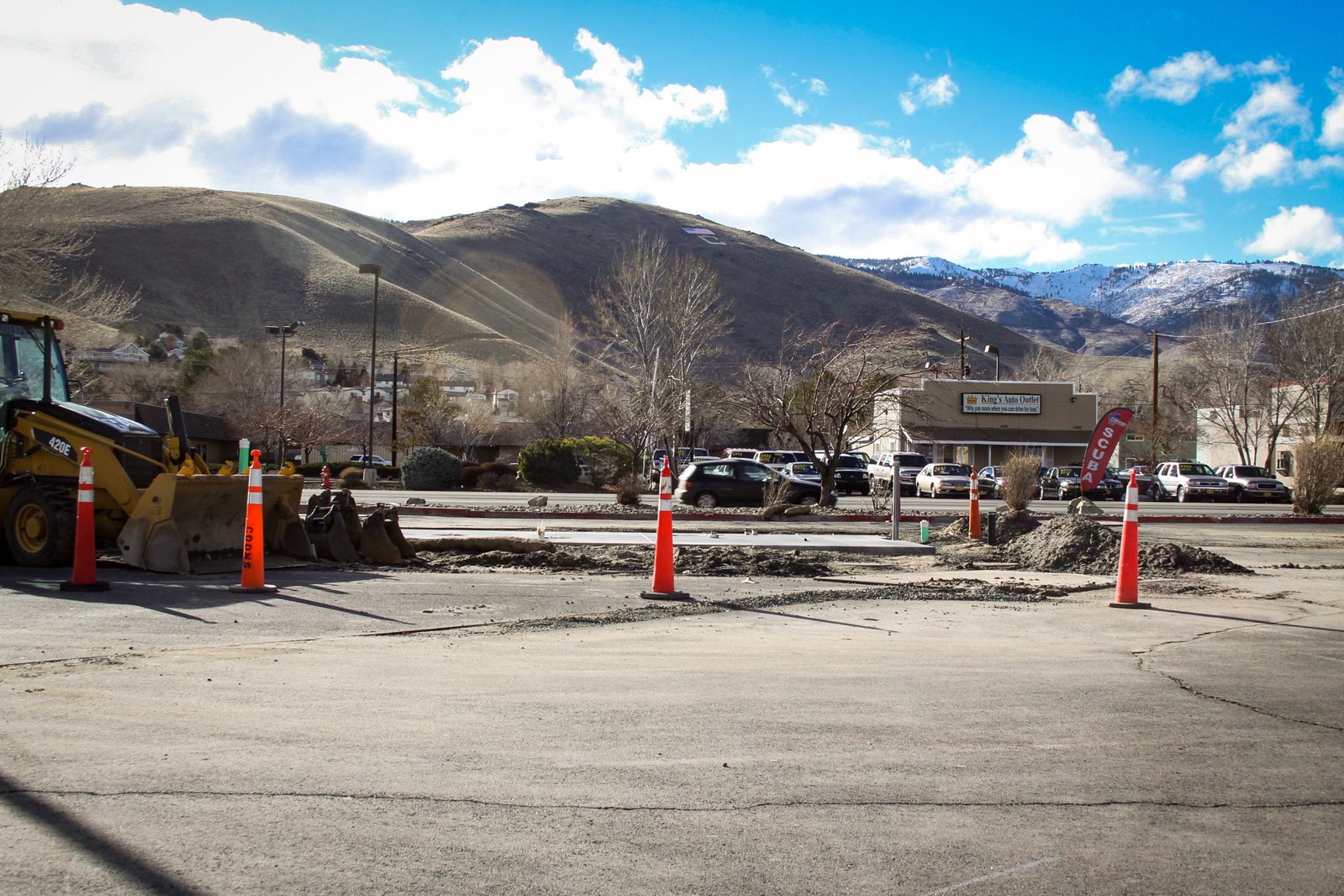 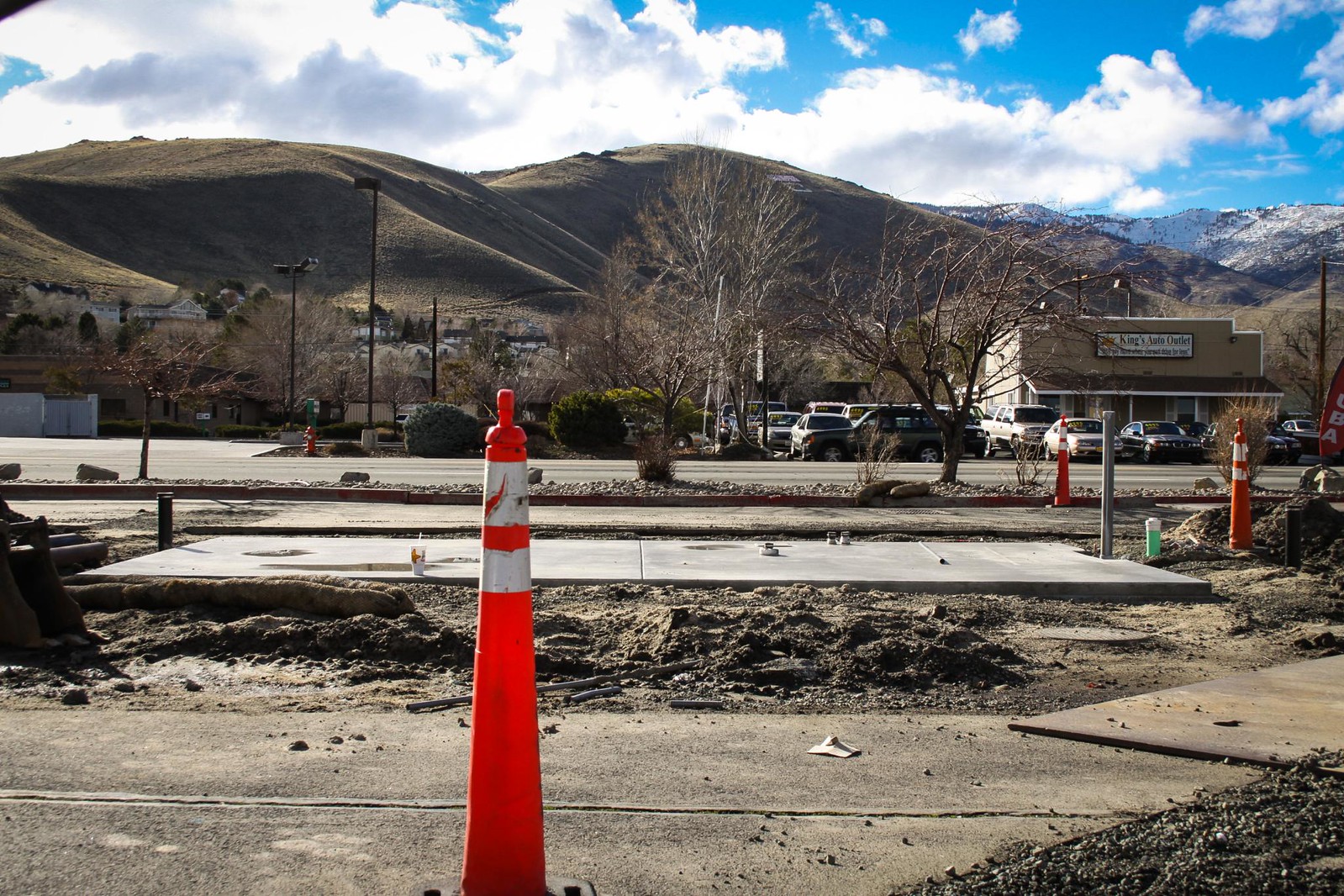 Update: Commenters on Facebook say that Dutch Bros is moving here and tearing down their old location. Then Carl’s Jr. will also be moving, to the parking lot area at the south end of the mall. Sounds like there are even more big changes coming! 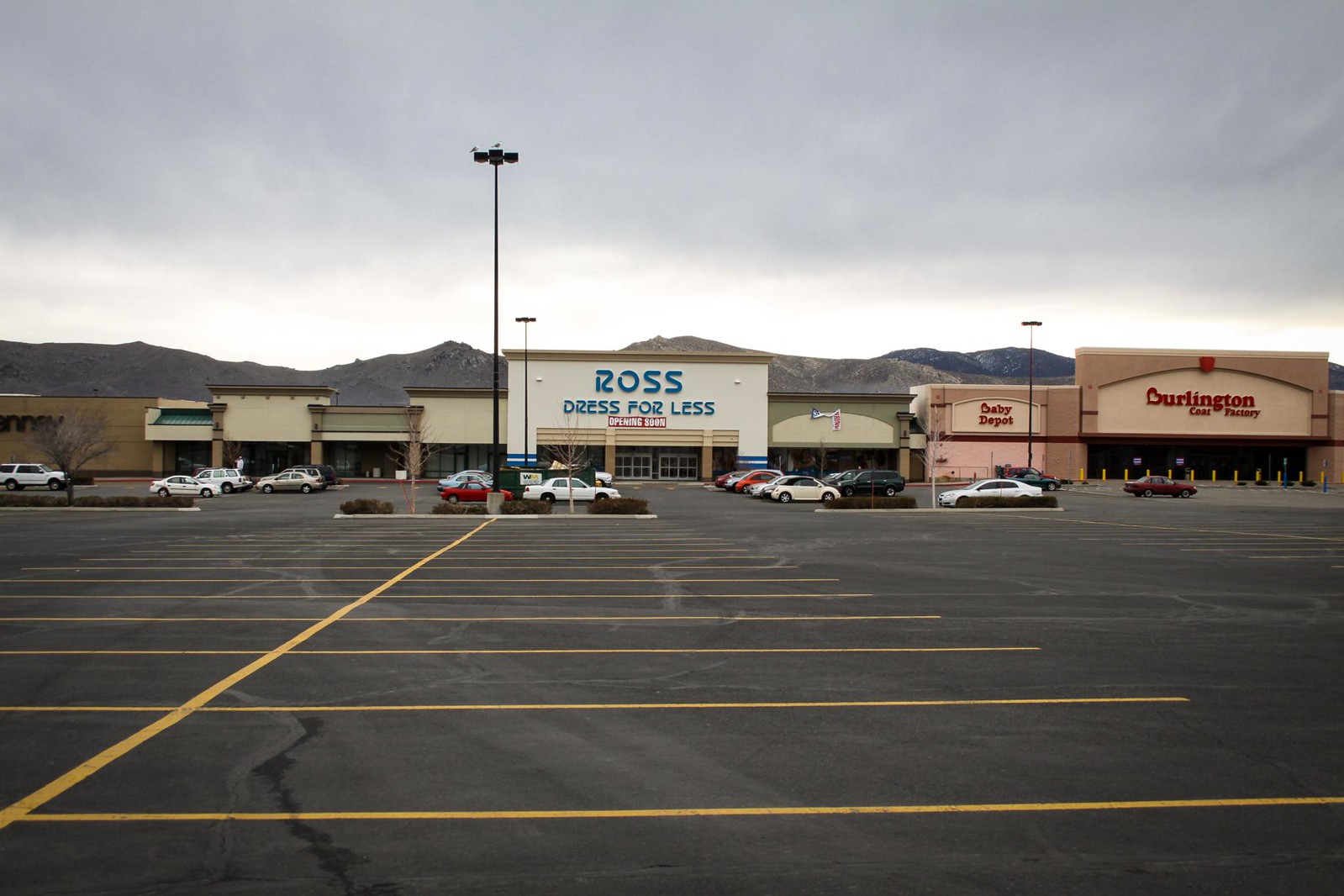 And speaking of Southgate, the construction on the new Ross store has wrapped up, and it looks like it’s just about ready to open. The old Ross next to Target has closed and been emptied out, and this new location is getting all set for customers. It’s a rare case of a business moving from Douglas County to Carson City, the reverse of the trend for the last 10 years. 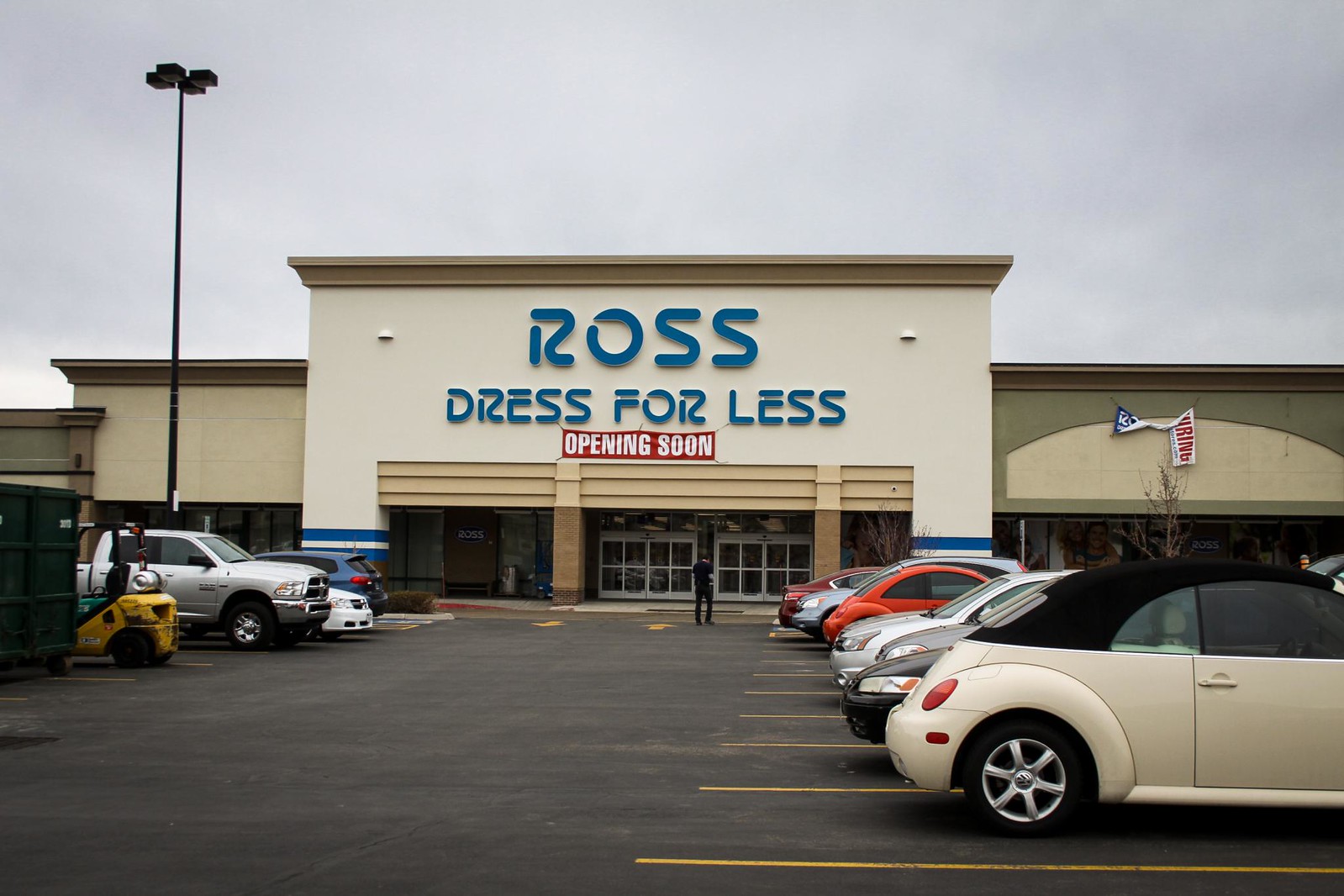