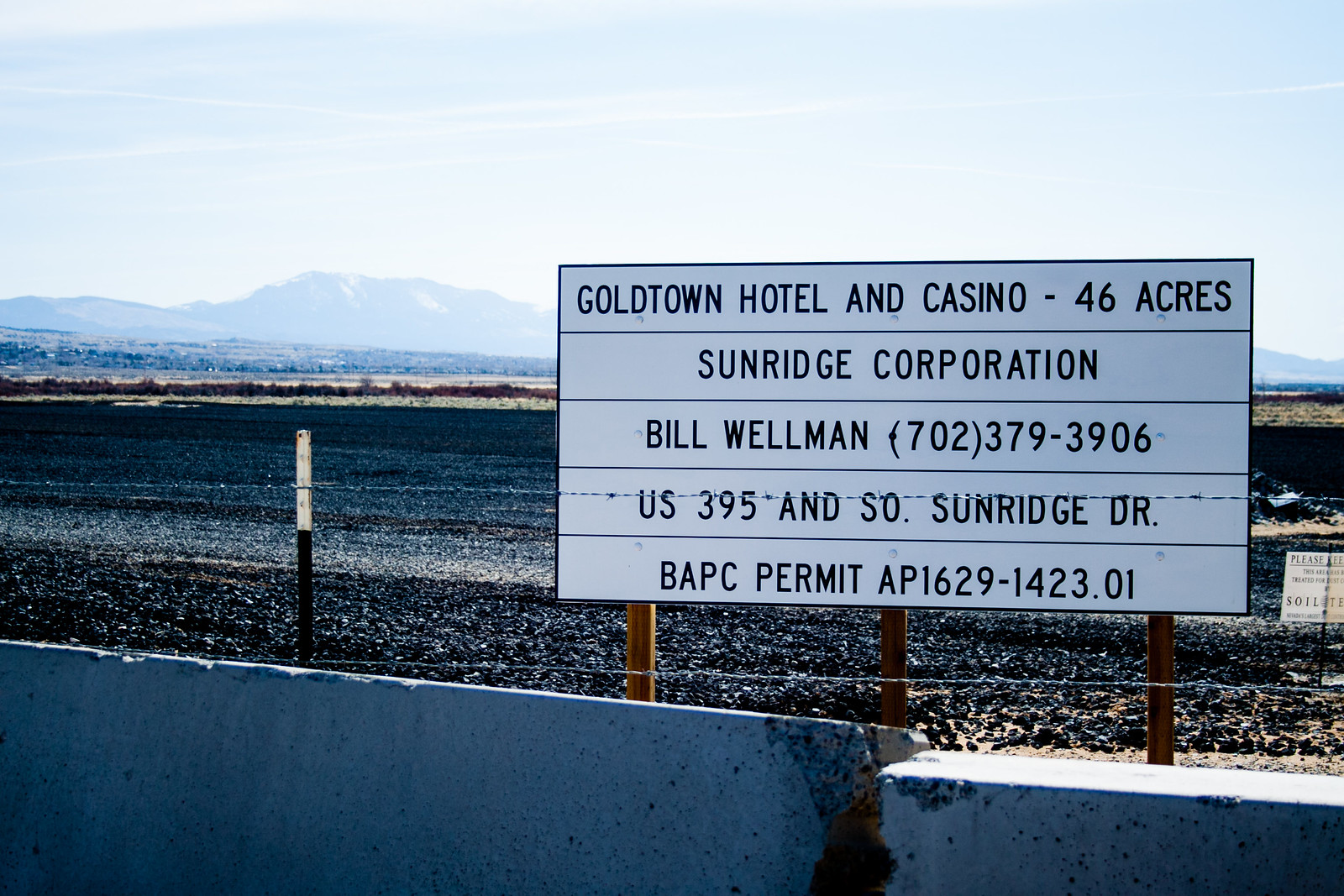 I’ve been watching this development in the Carson Valley over the last couple of years. It’s been rumored that there was a casino being planned for this site for probably 20 years; it’s the empty land just north of the Silver City RV Park at the north end of the valley. Recently the rumors have been confirmed, and even a name for the casino has come forth: GoldTown Hotel and Casino. About a year and a half ago they finally broke ground on the project, bringing in tractors and clearing the land. After the land was cleared nothing else happened, and one by one the tractors slowly disappeared.

I guess last winter you could have said that the project was on hold because of the weather. But that excuse evaporated over the summer, and the long dry winter that we’ve had. It started to become kind of conspicuous that there wasn’t any more construction going on at the site, that they hadn’t started working on the casino itself. But it was still possible that they would start on it this spring.

But then came the black gravel. 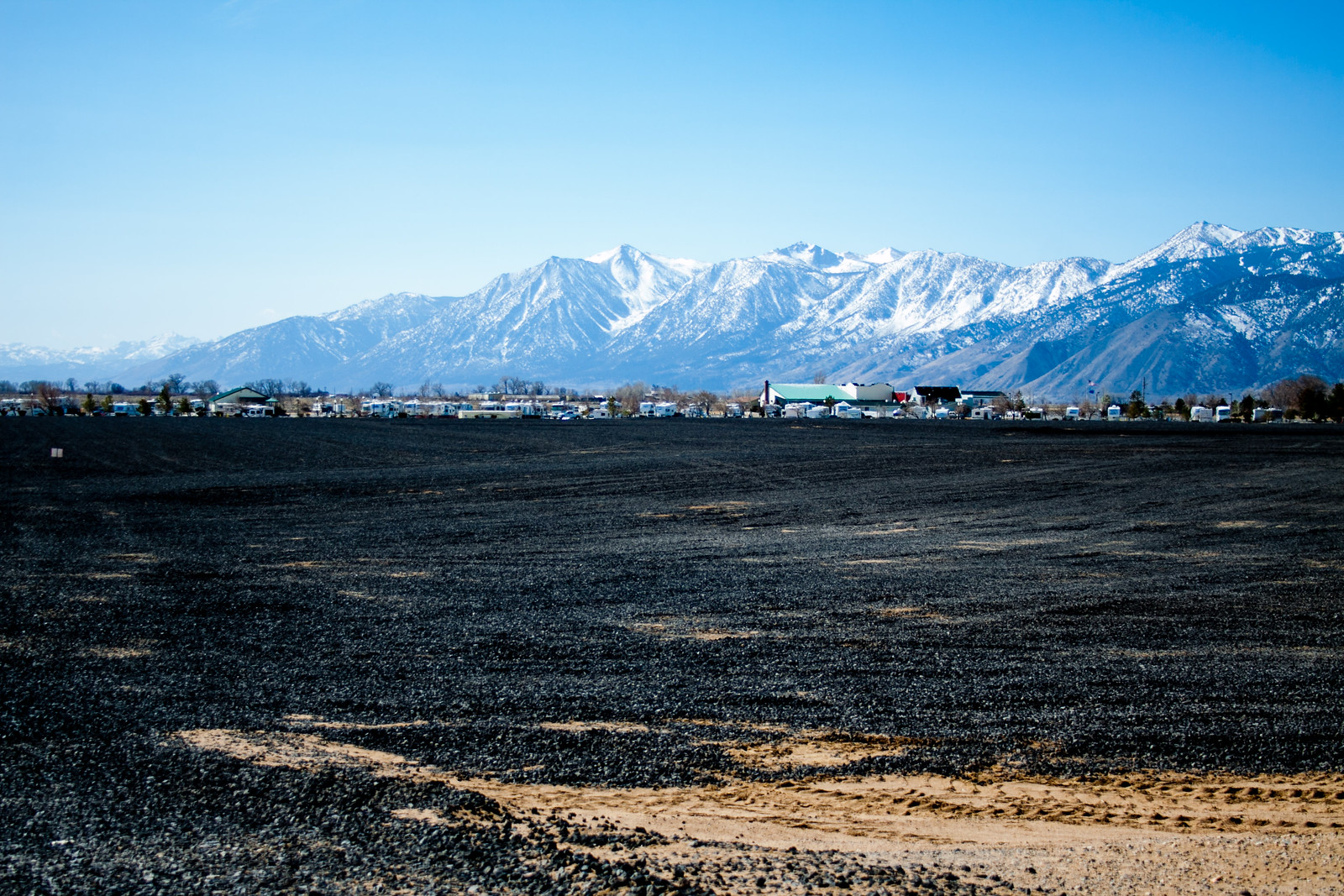 A couple of weeks ago the tractors returned, but this time they had a new job. They spread a chunky black gravel over the entire construction site. This isn’t something you do before a major hotel building project. This is what you do when you have a big empty lot that you’re not going to be doing anything with and you want a permanent form of dust control. This to me is the surest sign that the GoldTown project has gone back into hibernation, that all the ground clearing that they did was for nothing. Worse than nothing, in fact, because they’ve basically poured money into an empty lot for no purpose. 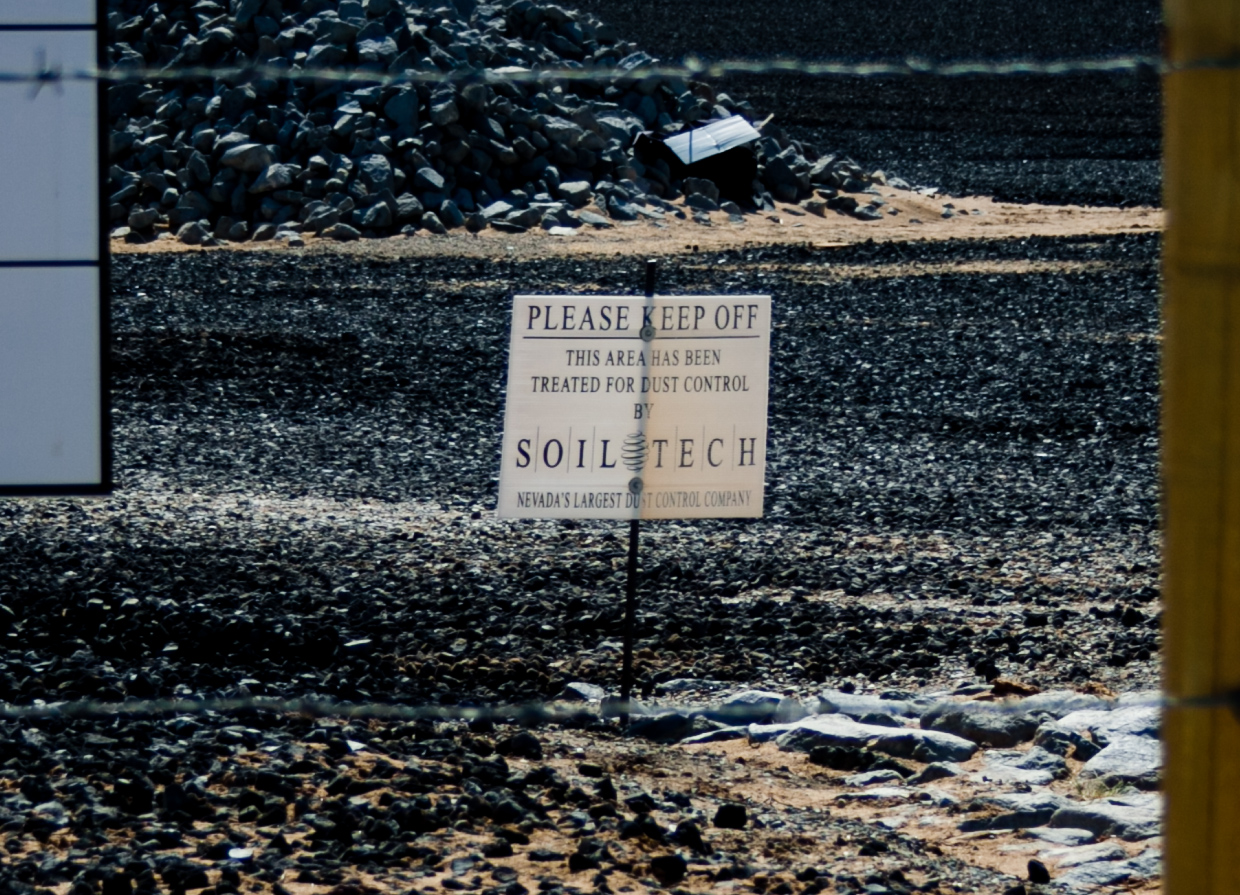 So I’ll be keeping an eye on this lot, though I’m really not expecting to see anything else be done with this land for quite a long time.