With all the flap that’s been going on about Jethro’s Casino being built up in the hills across from Wal*Mart, another big casino project has been able to slip by almost unnoticed, until the Nevada Appeal highlighted it today.

The Brownstone GoldTown Hotel and Casino is being planned for the corner of South Sunridge Drive and Hwy 395. If I’m right, this is on the piece of land next to the Silver City RV Park that has been rumored to be getting a casino for about a decade now. Unlike Jethro’s, this casino will definitely be down in the Carson Valley, and depending on how tall their 300-room hotel is, it could possibly be seen from all over the valley. Although I’d imagine the same restrictions that Jethro is currently fighting also apply to this Sunridge site, so the owners of GoldTown have probably designed their building to fit within the county guidelines, thereby avoiding all the trouble Jethro’s gotten into. That means a short, squat hotel complex, rather than a big tower.

Construction is supposed to start by the end of the year, with Phase One open in 2009.

So this marks the third big casino project for the Indian Hills area. GoldTown will be at the bottom of the south slope, Bodine’s will be at the base of the north slope, and Jethro’s will be up on top of the hill. One of the commenters at the Appeal brings up the obvious question: “Just where are the patrons for these mega casino’s coming from?”

Update: This photo shows where I think the project location is going to be. Just this side of the RV park you can see where the land was cleared away for a casino nearly a decade ago. We’ll see if they have any better luck this time. 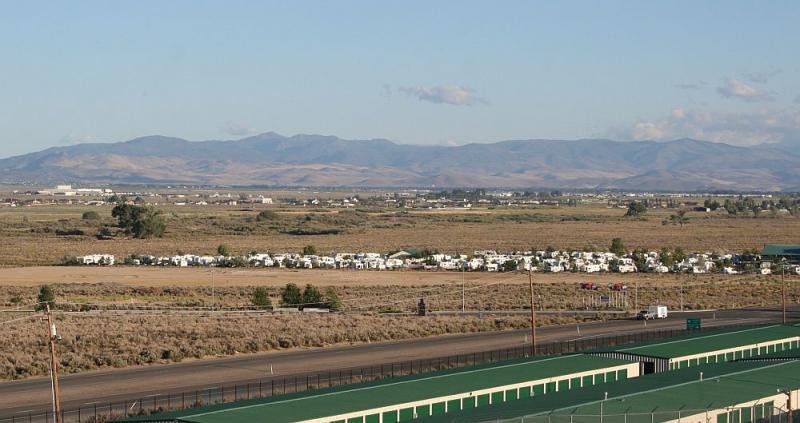