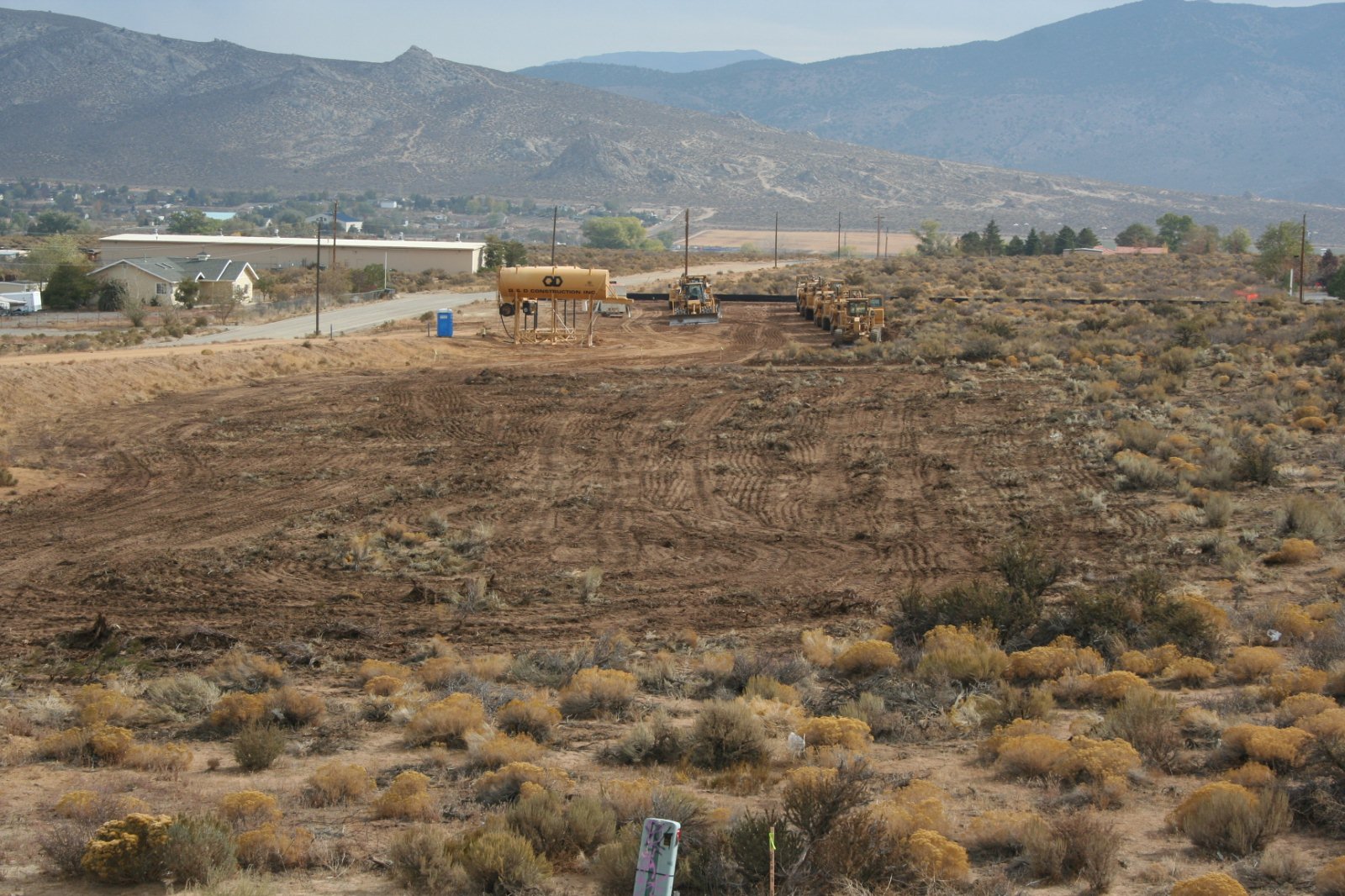 It looks like work is finally starting on the long-proposed Riverwood shopping center in Douglas County. This center is located at Hwy 395 and Topsy Lane, on the southeast corner. It was first announced back in 2002 or 03 when the Carson Valley Plaza across the street was built, and has had several false starts and stops. The last firm news I heard about it was in May of 2007, when they annouced Kohl’s as a tenant and said they would open in October of 2008. Well, they were right about October, but it was the groundbreaking, not the opening, that would be happening then.

Some very large tractors, bulldozers and earthmovers arrived on the scene last week, and started to make quick work of clearing off the sagebrush from the land. This photo above was taken on Saturday, after only about one day of work, and you can see the progress they made in that short time. I went by today to check out their progress again, and they were halfway up the hill. 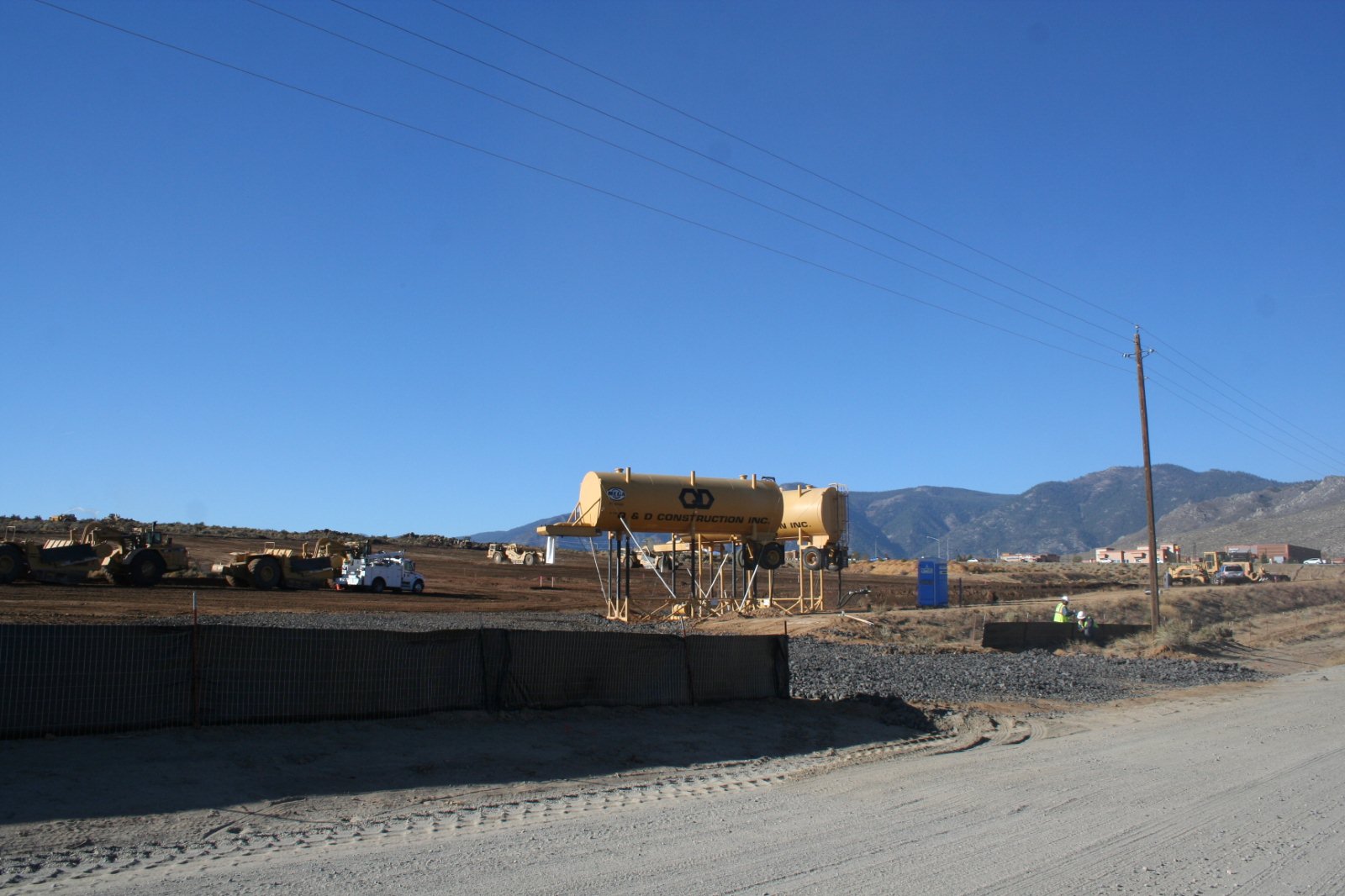 Now, clearing off the sagebrush isn’t all they need to do. This site is on a hill, so they’re going to have to flatten things out, just like they did with the Carson Valley Plaza. If I remember right, they spent weeks moving dirt around just to get the site level before they could even think of putting in utilities and grading foundations. So the tractors aren’t going anywhere for a while, and I also have to question why they’re starting this job in October, when the first snows have already fallen and winter is threatening to hit hard in just a short number of weeks. Maybe they want to get all the earthmoving out of the way now, because that’s something they can do in cold weather, then when things start warming up in the spring they’ll be set.

This is the same corner where Jethro’s Casino is supposed to be built, if they can ever stop arguing about the sign and just get things done. But the casino is going to be built further up the hill. So this work might actually answer a nagging question of mine, exactly where the dividing line between shopping center and casino is going to be. We’ll see how far up the hill they go with the bulldozers, and that should settle the question nicely.