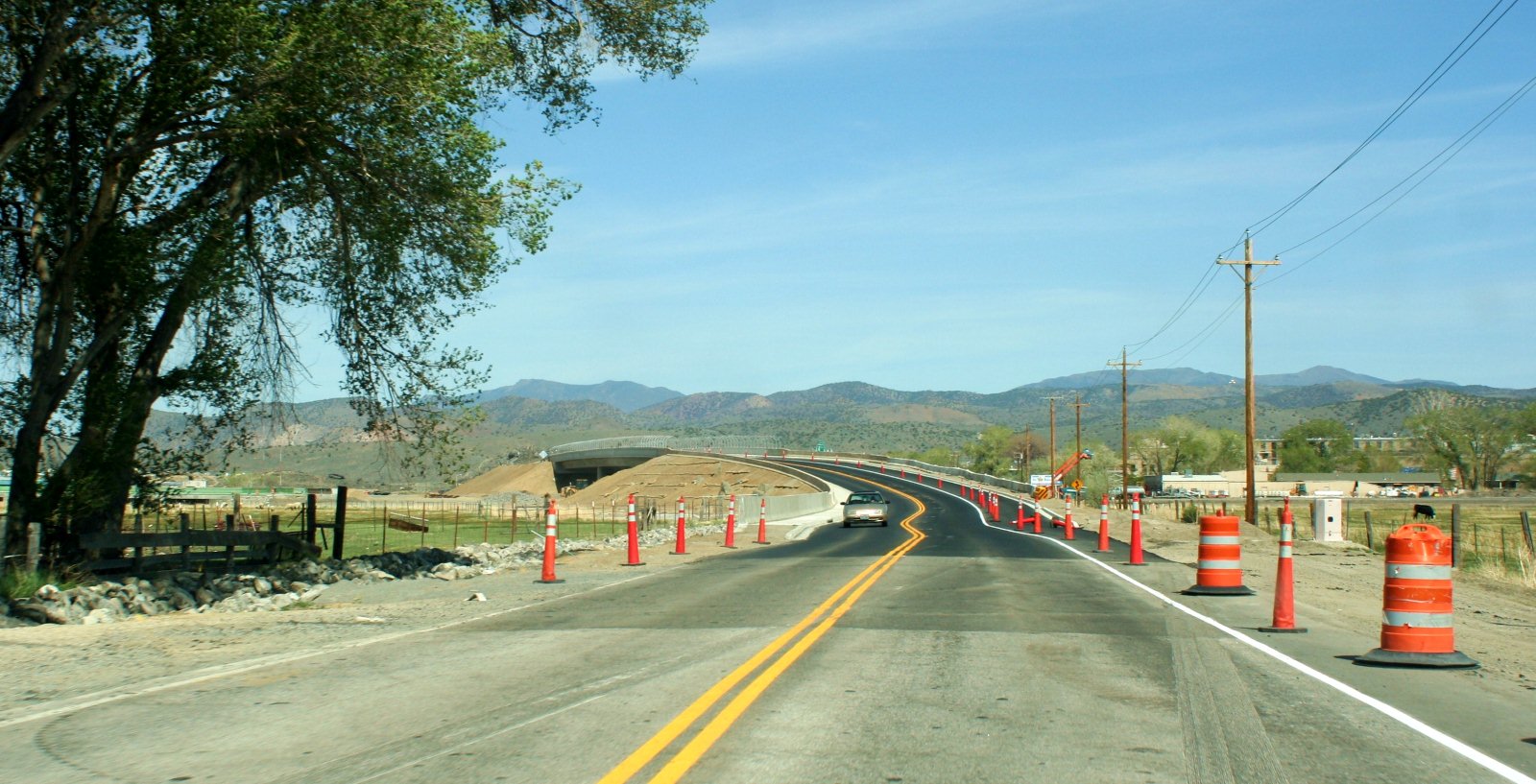 I made a little detour the other day out Fifth Street, and found that the new freeway bridge is now open. So this means both of the major bridges on Phase 2 of the CC Freeway, Fifth Street and Fairview Drive, are open for business. Now they can really get down to finishing the roadway under these bridges. 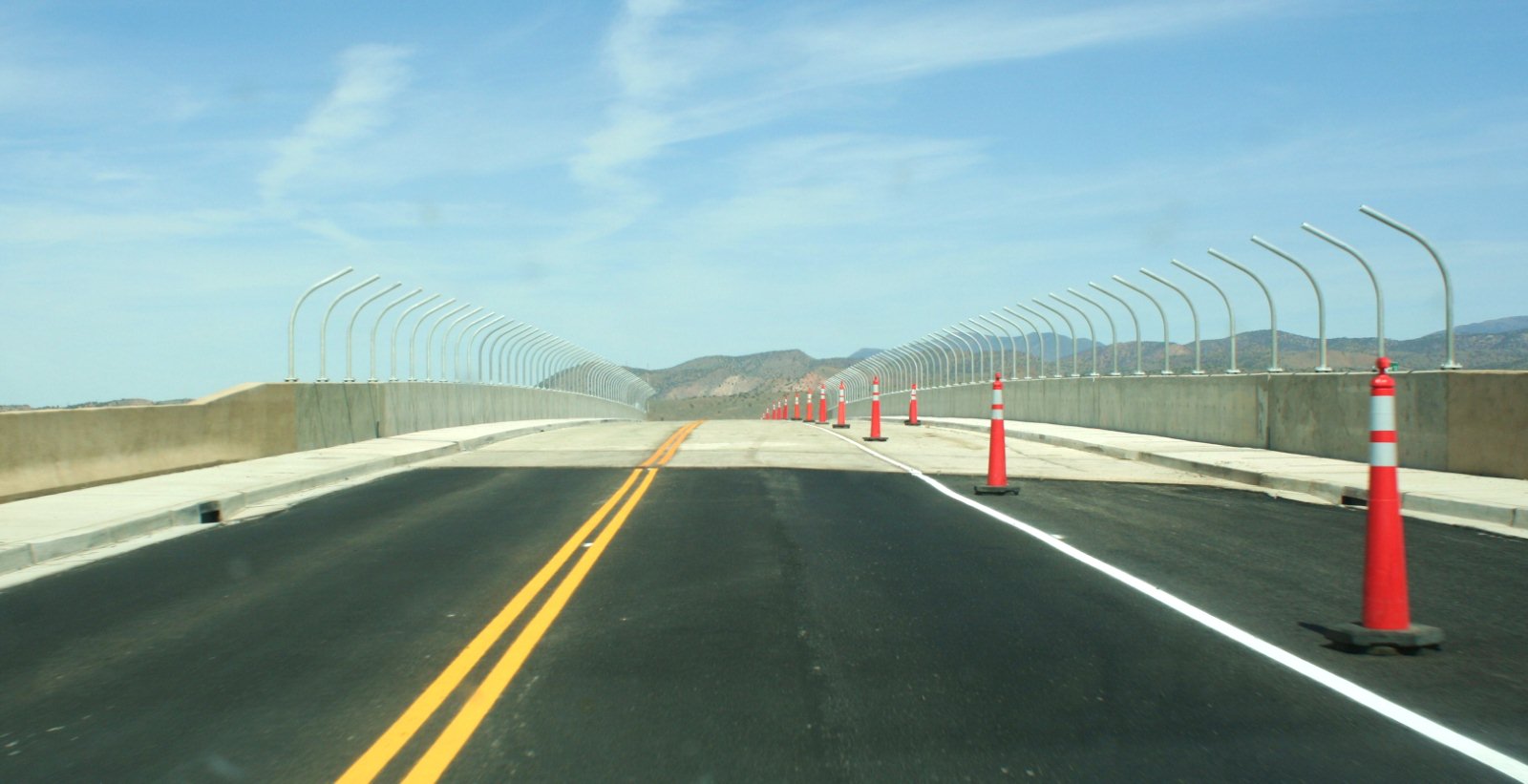 This bridge is only three lanes wide, compared to Fairview which has room for four or five lanes. They kept their construction costs lower here by betting that Fifth Street will never have enough traffic to require more lanes.

From the top of the bridge you can look north and see the new freeway cutting through the Lompa Ranch between Fifth Street and Hwy 50. 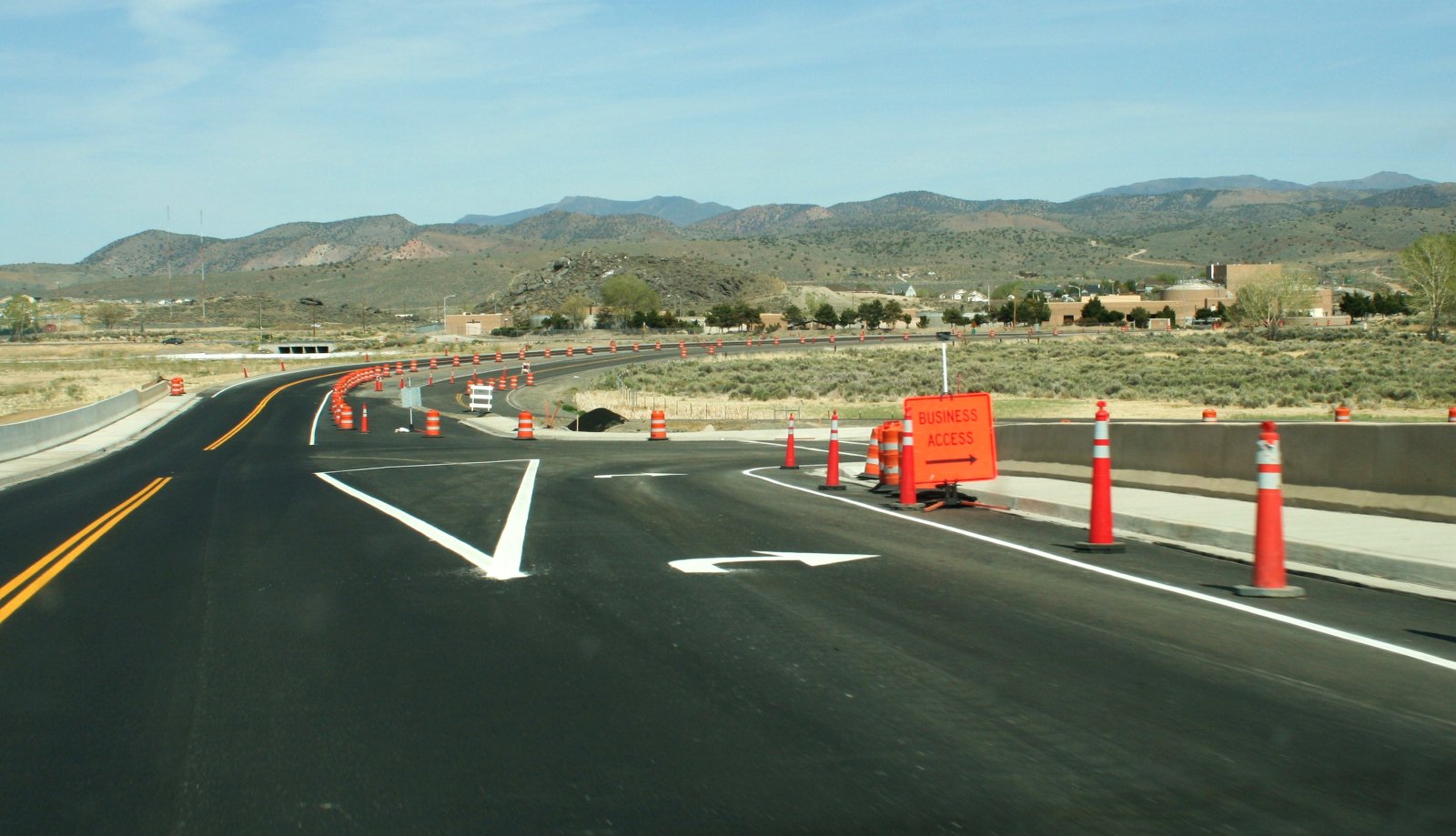 On the eastern approach to the bridge is the new access to the Nevada State Prison.