Construction started on Phase 2A of the Carson City Freeway two months ago, and already they’ve made good progress. They’re well into working on the future interchange at Fairview Drive, which will become the southern terminus of the freeway when this phase is all finished. Phase 2B will then continue south from here, but it could be years before they start on that.

Most of Phase 2 will be below ground level, so the freeway will be riding in a trench with all the cross streets passing over it. This is in contrast to Phase 1, which is already open in the north part of town, where the freeway passes over the cross streets. So that means that the bulk of construction at Fairview doesn’t involve building a freeway bridge over the street, it involves building a street bridge over the freeway. Here are some shots of the progress they’ve made on that front. 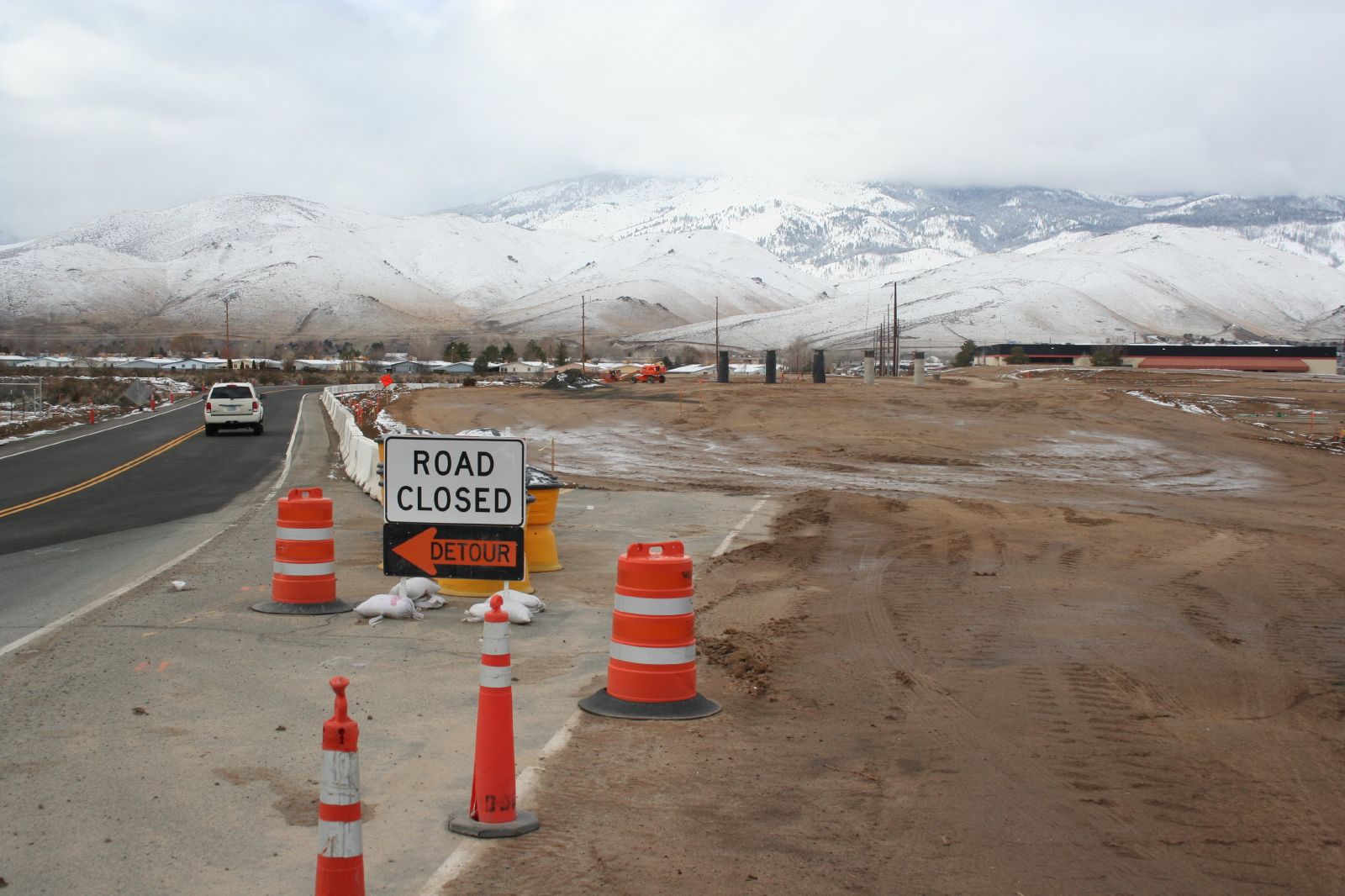 Approaching the Fairview interchange from the east. You can see the pillars that will support the bridge off in the distance. Fairview Dr. has been routed around the consturction area. 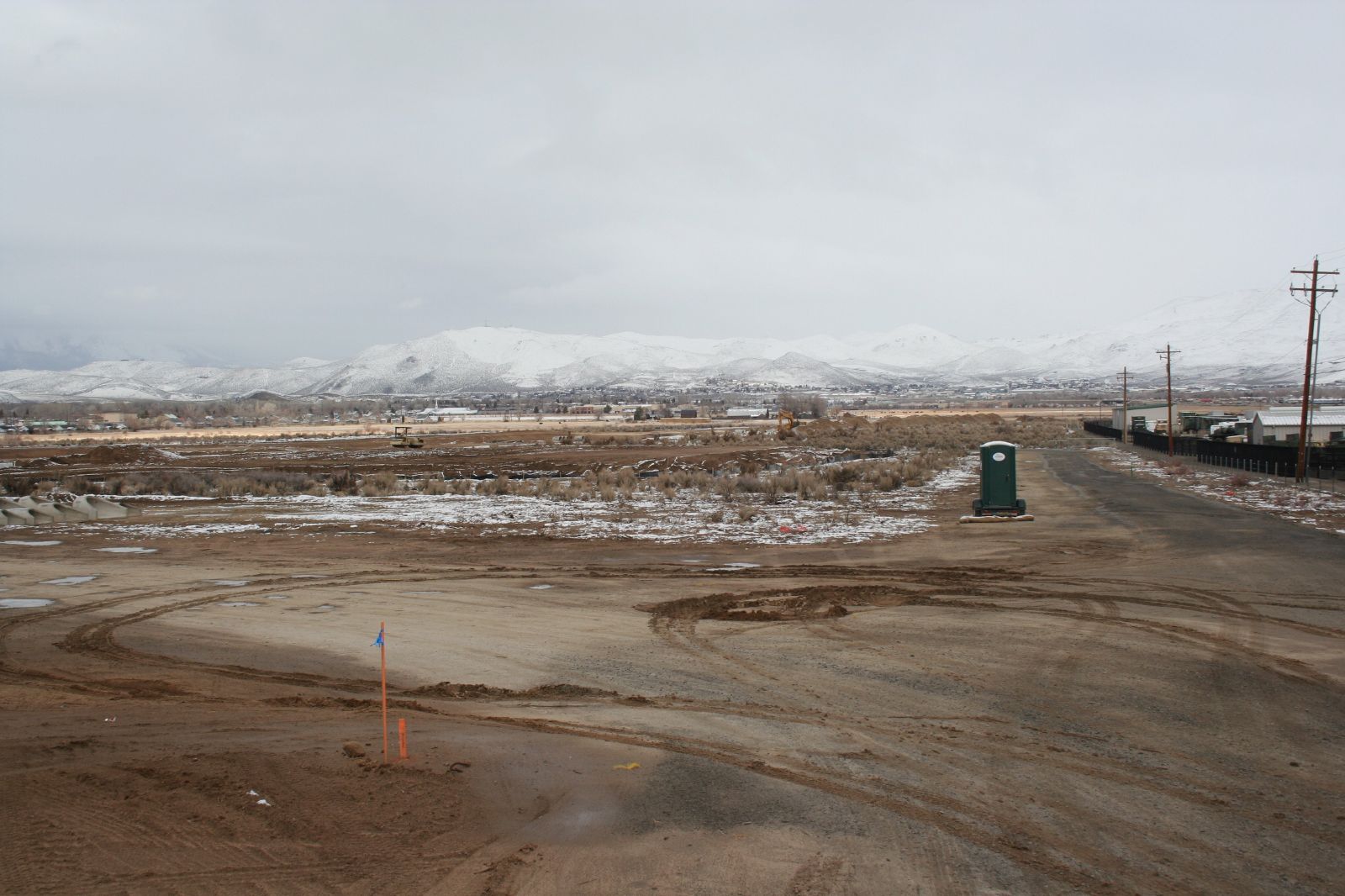 A look to the north. The freeway will be passing through this land on its way to Hwy 50. The northbound onramp will be right about where I’m standing.

A closer look at the pillars. This bridge is where Fairview will pass over the freeway. 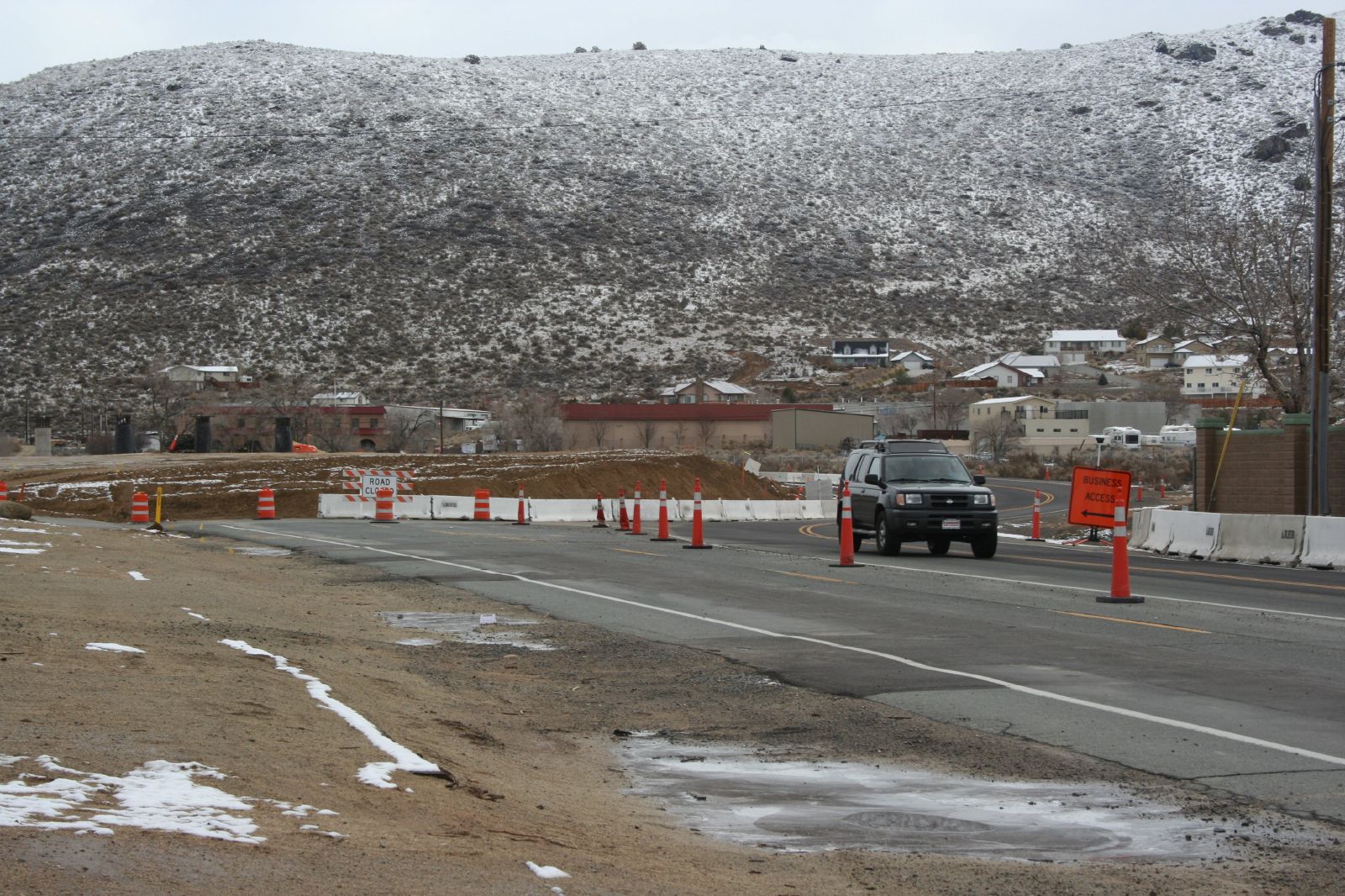 Looking at the interchange from the west.

Fairview will remain rerouted until the bridge is finished. Then they’ll be able to start work on the freeway’s roadbed itself. And, of course, at some point the city will have to widen Fairview to four lanes between Carson Street and the freeway, because once Phase 2A is finished, all traffic will be dumped off the freeway at this spot, and have to make their way down Fairview to rejoin Carson Street. It will stay that way until Phase 2B is completed.

So, basically what I’m saying is avoid Fairview Drive for the next six years or so.