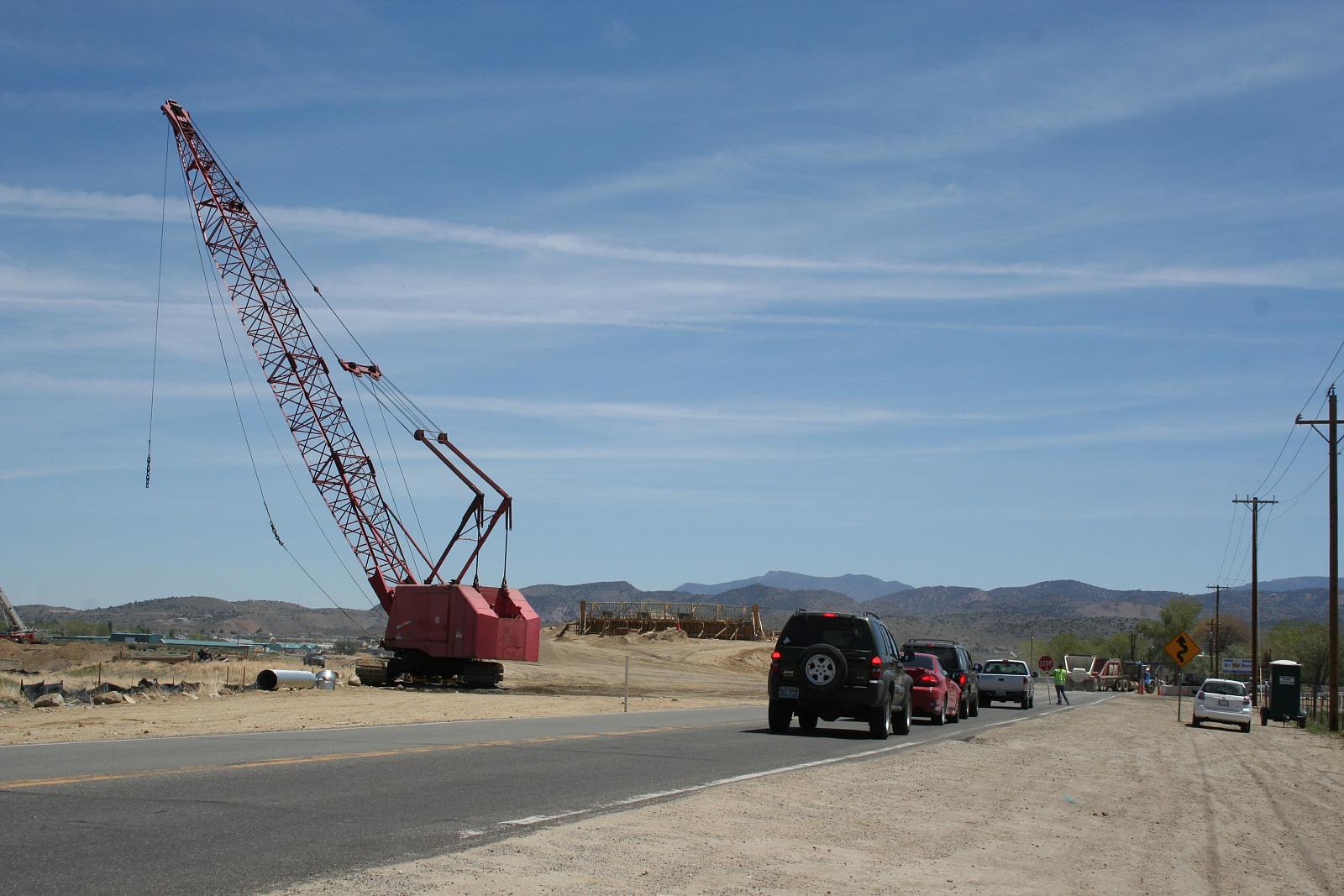 I drove out Fifth Street the other day to see the progress on the Carson City Freeway. At Fifth Street all they’re doing is building a bridge over the freeway; there won’t be any on or off ramps there. So the work to do be done is considerably less than what needs to be done at Fairview, but building a big bridge like this is still a big undertaking, as is the giant scar they’re cutting through the Lompa Ranch for the freeway itself. Above you can see the crane they have onsite for the construction. 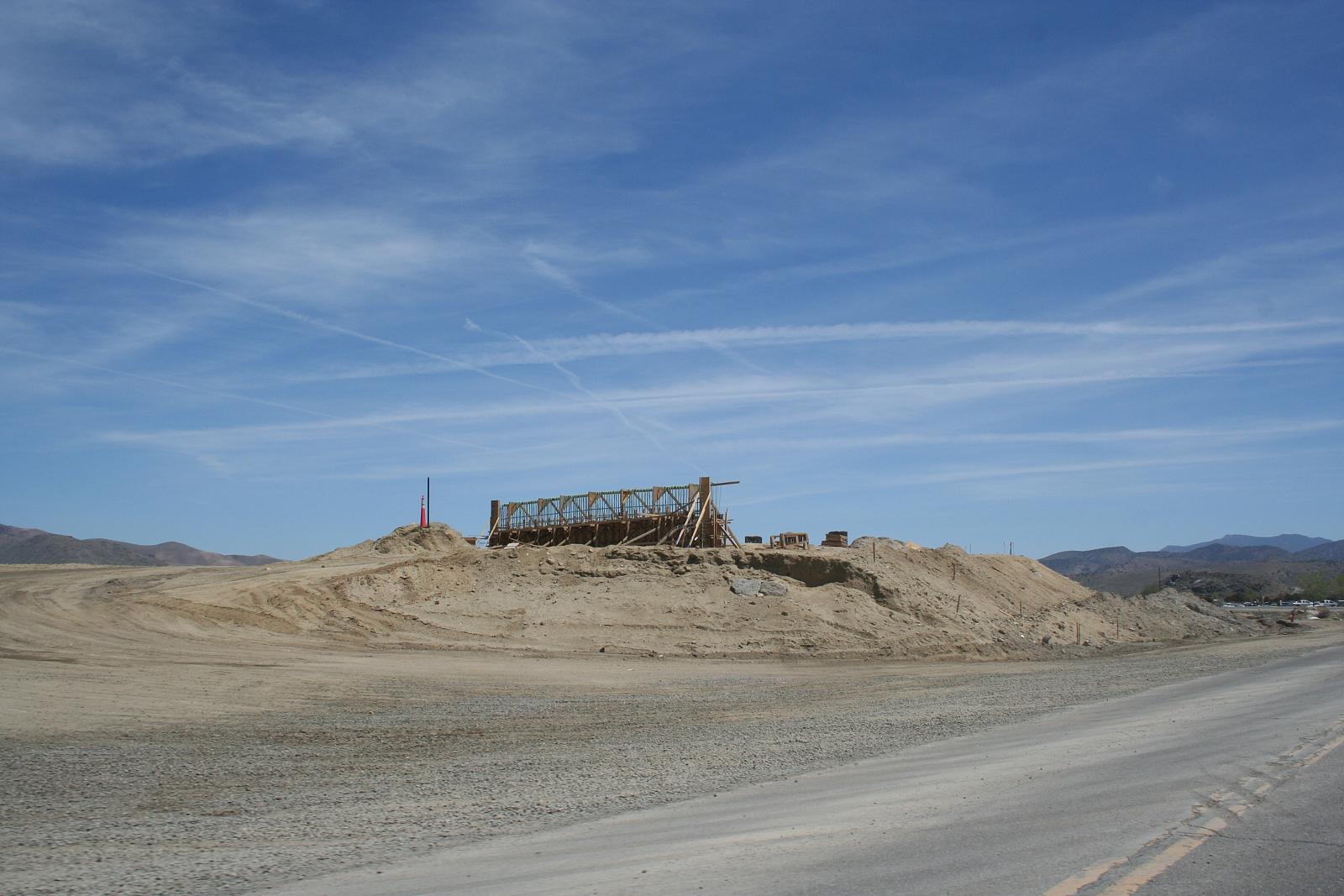 The western approach the the bridge. 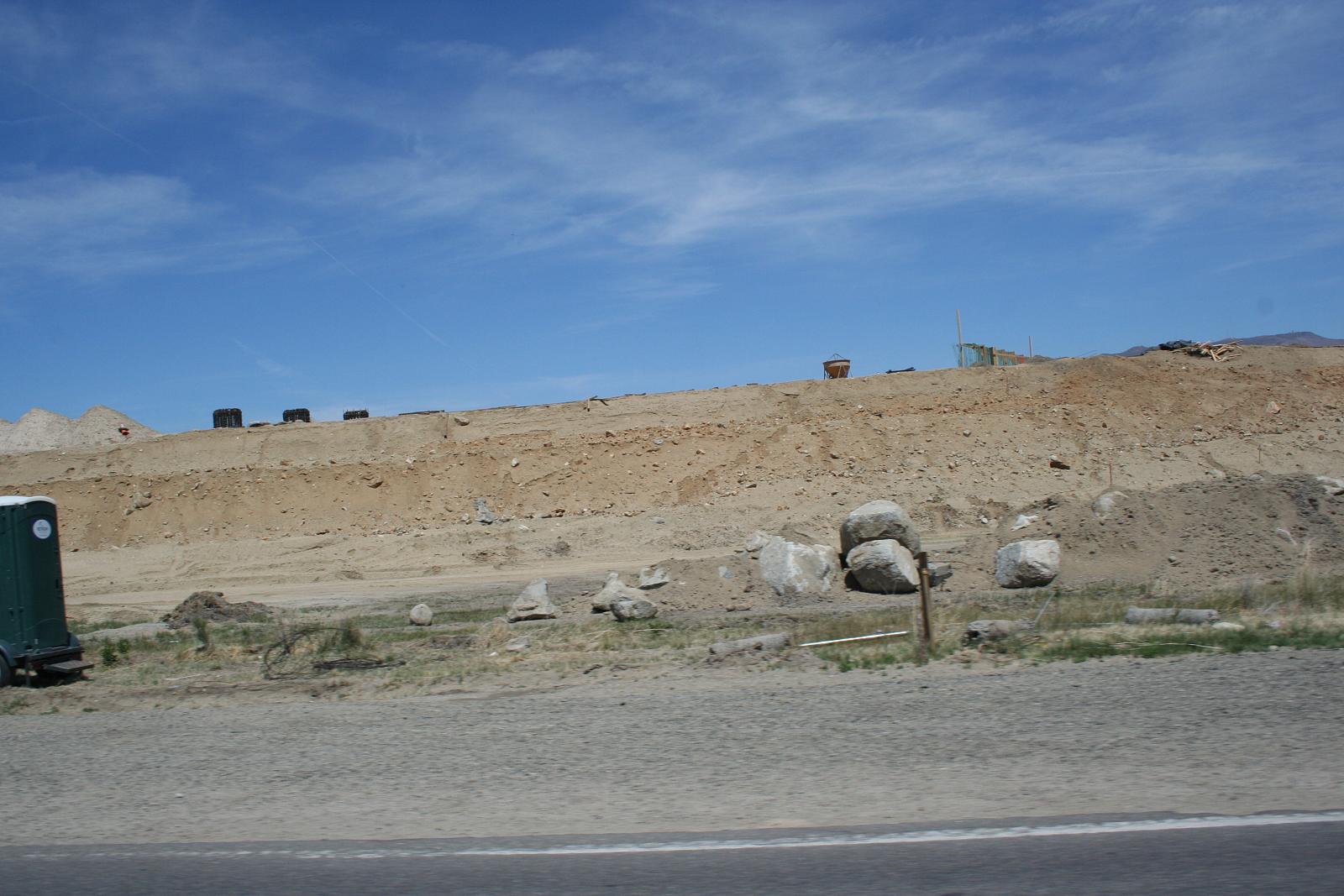 This is the dead center of the bridge. You can see the center columns of the span just barely sticking above the dirt on the left. Like many other bridge projects in the area, the crew here is using the technique of piling dirt up to the level of the bridge during construction rather than building a support framework out of wood or steel. After the bridge deck has been built, they’ll remove the dirt and start working on the roadway. 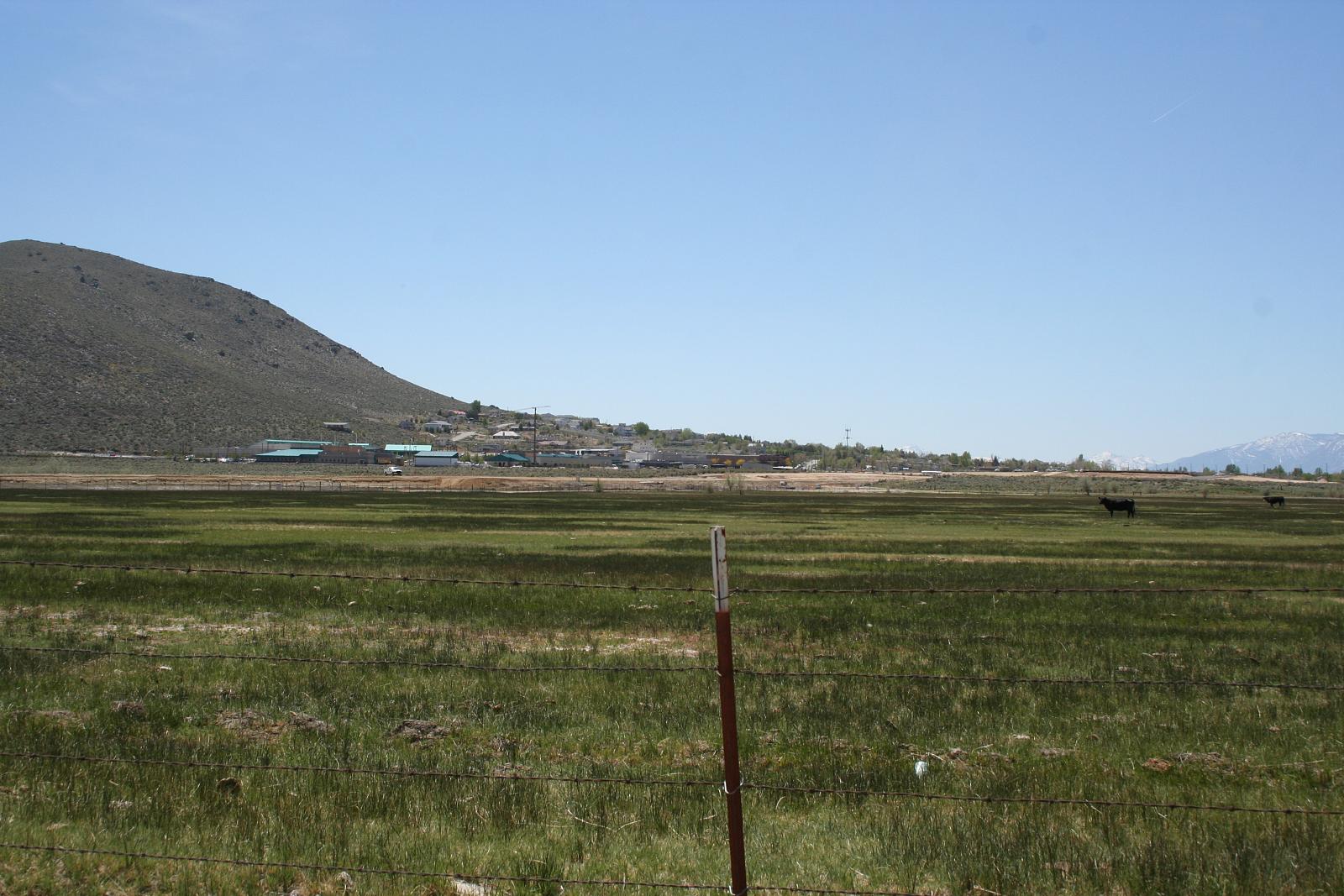 This view looks south across the Lompa Ranch at Prison Hill. You can see the scar or the freeway work heading off towards Fairview. 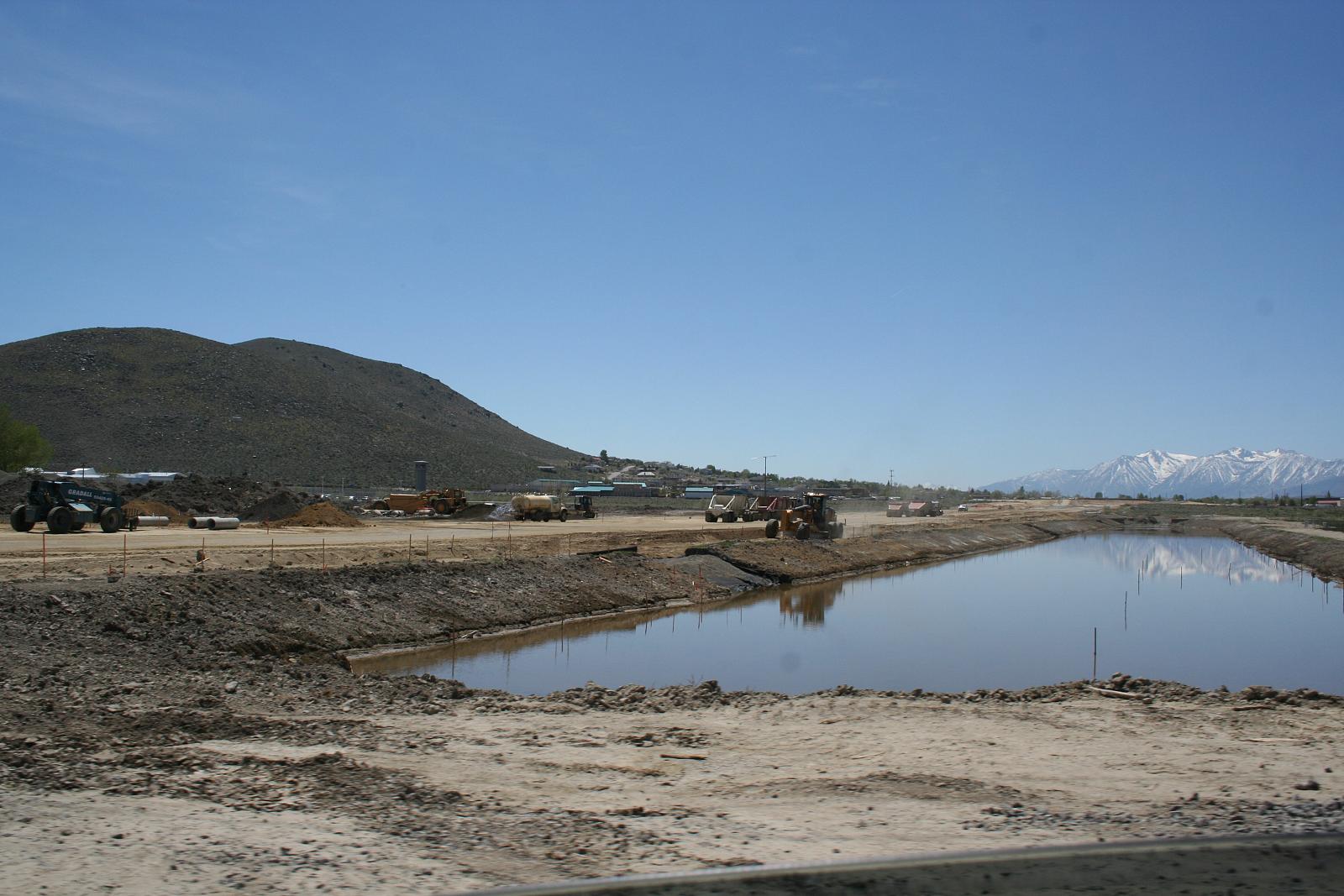 Here is the retention basin. Because most of the snowmelt from the Sierra passes through the Lompa Ranch on its way to the river, this pond is necessary to prevent the freeway from being inundated during a flood. Just one way of trying to protect ourselves from nature. Plus I like the way Job’s peak is reflected in the calm waters of the pond. 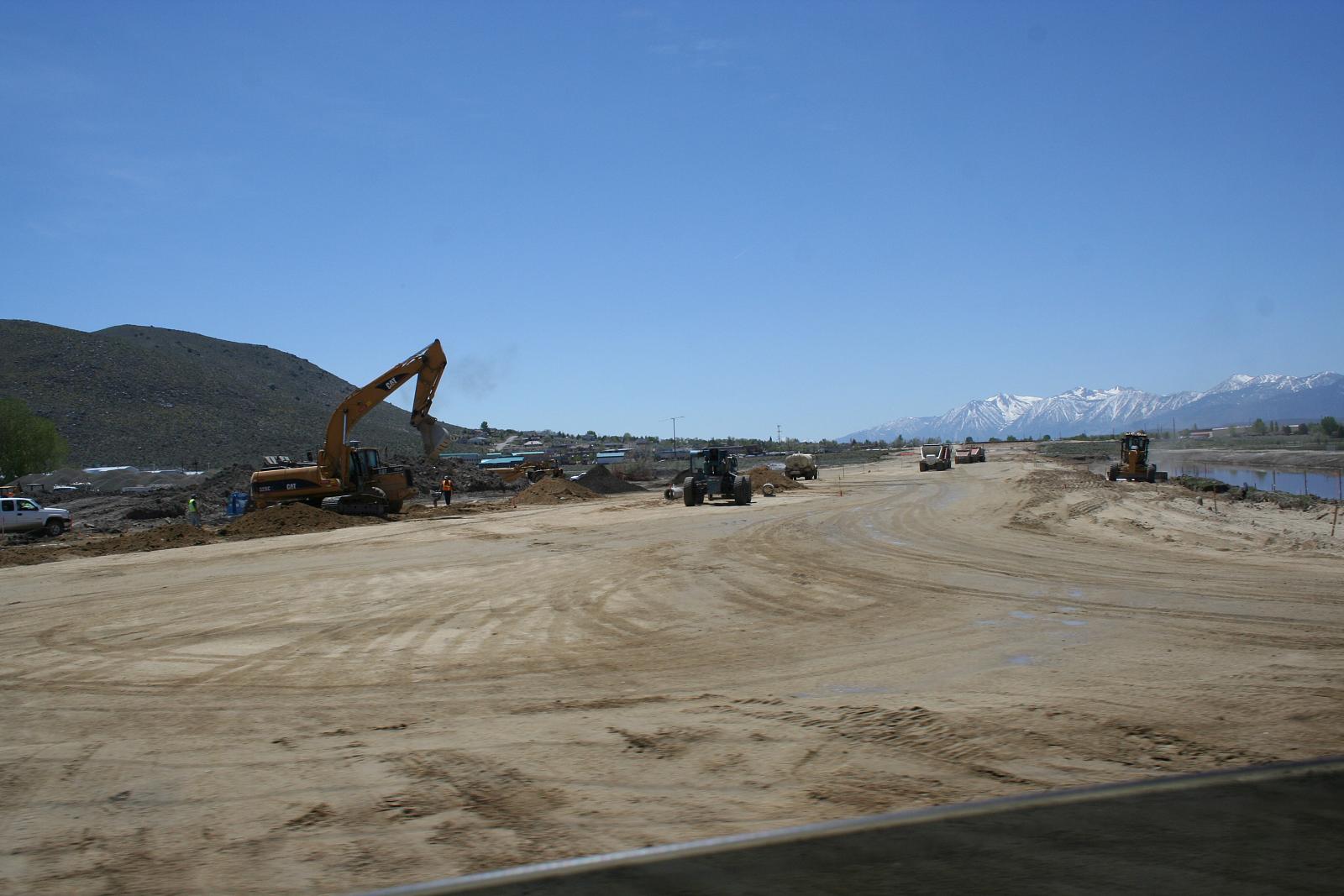 This is the freeway’s roadbed stretching off to the south. The heavy equipment looks tiny compared to the scale of this project. 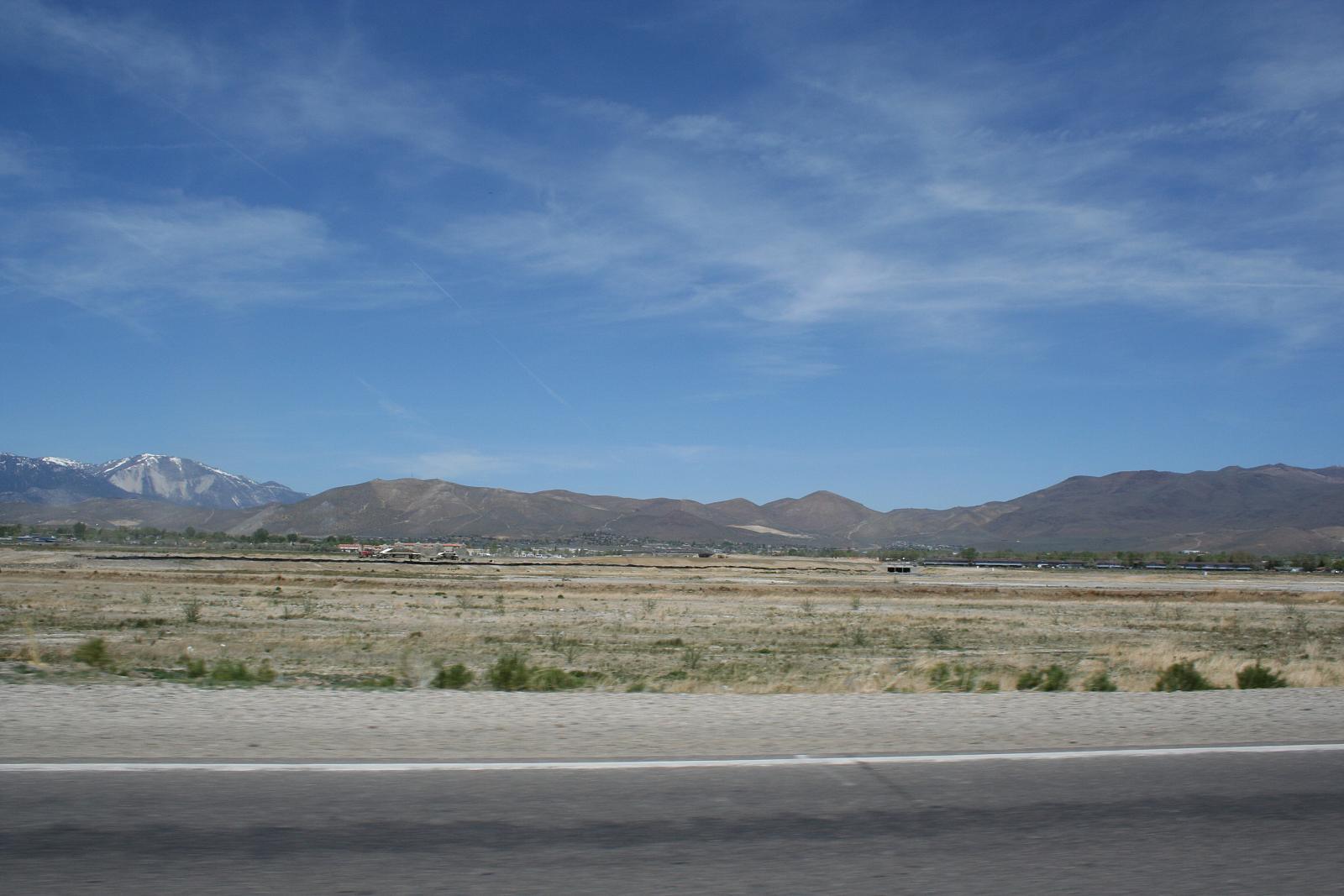 This is a look the other direction, north towards Hwy 50.