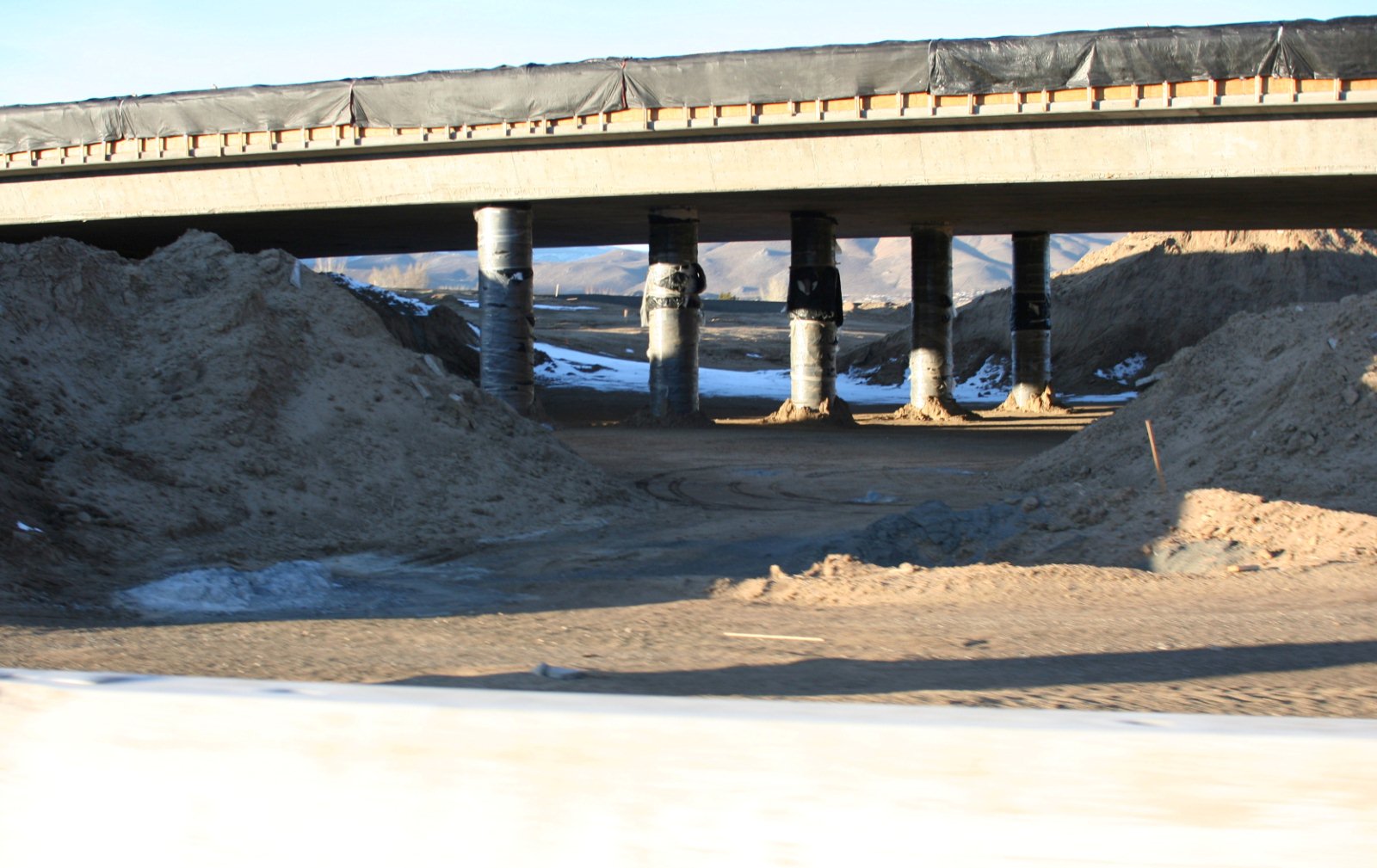 A story in the Nevada Appeal says that work is progressing very nicely on the new phase of the Carson City freeway, extending it from Hwy 50 to Fairview Lane. The Fairview bridge is done, as you can see above, and they’re working on paving it now. I assume the Fifth Street bridge is in the same shape. Though having everything done by “this summer”, as they say it will, seems a little bit soon, because they still have to lay down the roadway between and under the bridges, and finish the on and off ramps. So I’m glad they’re optimistic about finishing so soon, but I’ll wait and see.

The same article says that the third phase of the freeway, from Fairview to the Spooner interchange, won’t even start until 2014, five years from now. They’re hoping that federal stimulus money can push that sooner. But they need to put that in a high priority mode, because until that last stretch is done this is still a half-assed freeway, only about 25% useful.