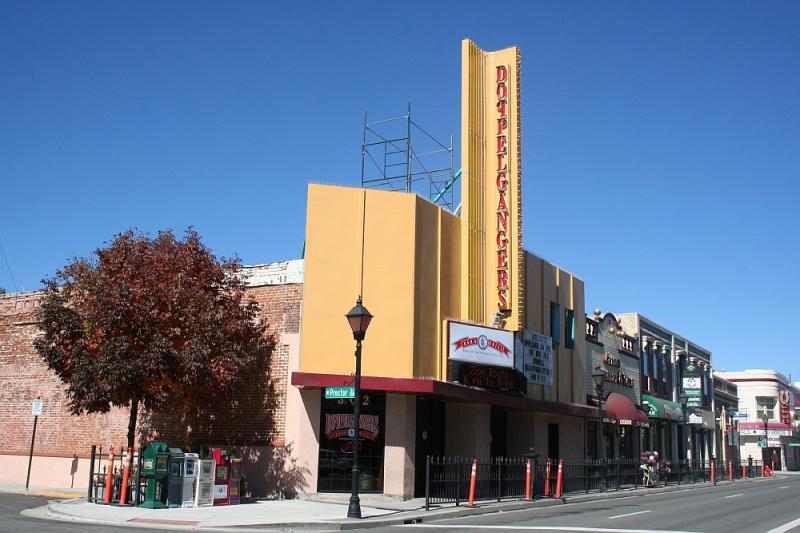 So, two things about this photograph. First, a big thank you to Doppelgangers for ridding Carson City of that putrid turquoise facade that used to hang off of the Lucky Spur building. We’ve been living with that for the last two years with Stew’s, and it was so great to drive by yesterday and see that it’s been painted. Not that yellow would have been my first choice, but I’ve got to say that if I was forced to go with yellow, this is probably the best shade I could have picked.

Second thing, it’s sad to see the old Lucky Spur lettering come down from the sign. That was one thing that Stew’s did; even with the turquoise, they still kept the sign reading “Lucky Spur” as a nod to the building’s past. Now it’s gone, replaced with the “Doppelgangers” lettering that barely fits onto the sign. I guess it is confusing to have a sign that says “Lucky Spur” on your business when your business is not, in fact, named “Lucky Spur”. And at some point history has to be just that, history, and you have to say goodbye to the past. So goodbye Lucky Spur, hello Doppelgangers. Next you can do something about that sandblasted brick along Proctor Street. Maybe a nice mural.