After grabbing dozens, or hundreds, of old pictures of Carson City off the internet, I finally spent a couple of dollars on eBay to buy one that I could actually hold. I got this postcard of downtown Carson City just last week. 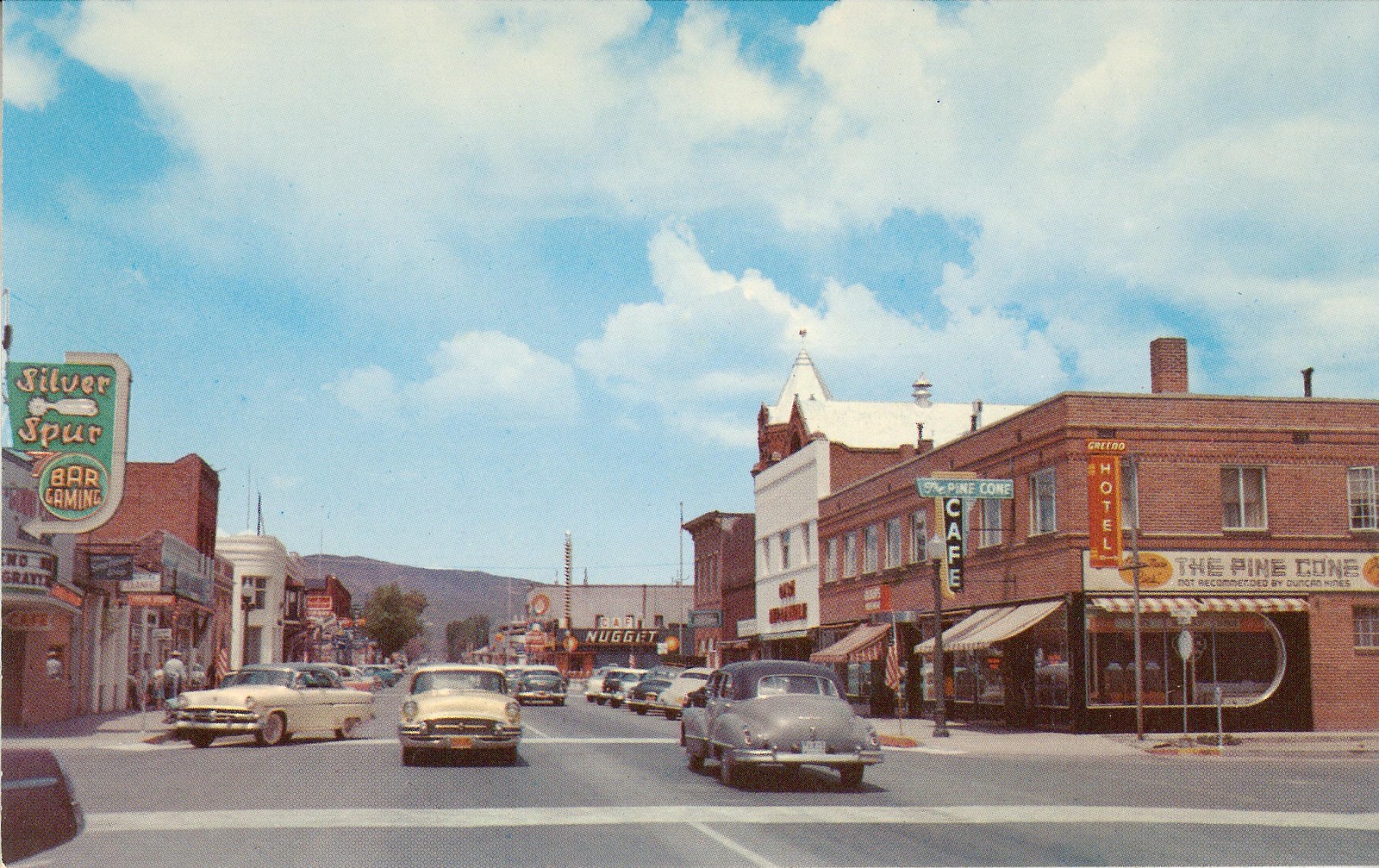 Looking at the cars, this has to be in the 50s. Or 60s. Or 40s. I have no skill at identifying classic cars. But, as always, my eye goes to the buildings when I’m looking at pictures like this. On the far left is the Silver Spur casino, which became the Lucky Spur and then closed for 25 years. It reopened as Stew’s Sportatorium, but now it’s closed again for remodeling/retheming/whatever.

On the far right is the Pine Cone Cafe, on the corner where CaiE’s Oriental Cafe now sits. This picture shows the old curved window the Pine Cone used to have. Some years after this the window was bricked over, and remained that way until just last year when work on CaiE’s started. But the window was rebuilt to be square. I wish they would have made it curved, just as a nod to history.

And look at the fine print on the Pine Cone sign: “Not Recommended by Duncan Hines.” That’s a joke that wouldn’t play today.

In the back you can see the other downtown buildings, but the angle is too steep to make them out very well. The “Cash Mercantile” is on the right, and on the left you can see (very fuzzy) the sign for the Old Globe, when it used to be on Carson Street, and behind that the brick facade of the Arlington Hotel that was torn down in the 1960s.

The one thing that’s really visible in the distance is the sign for the Nugget, back when it was just a little tiny gambling hall and not the sprawling behemoth it is today. And of course you can see that Carson Street is only two lanes, with angle parking on either curb. Supposedly we’re going back to this after the new freeway is completed, but I think there will still be more traffic than there was back then.

And now the problem I have: now that I’ve scanned in this picture and put it online, what do I do with the postcard itself? Seems like it’s just taking up space now. Maybe I could sell it on eBay…