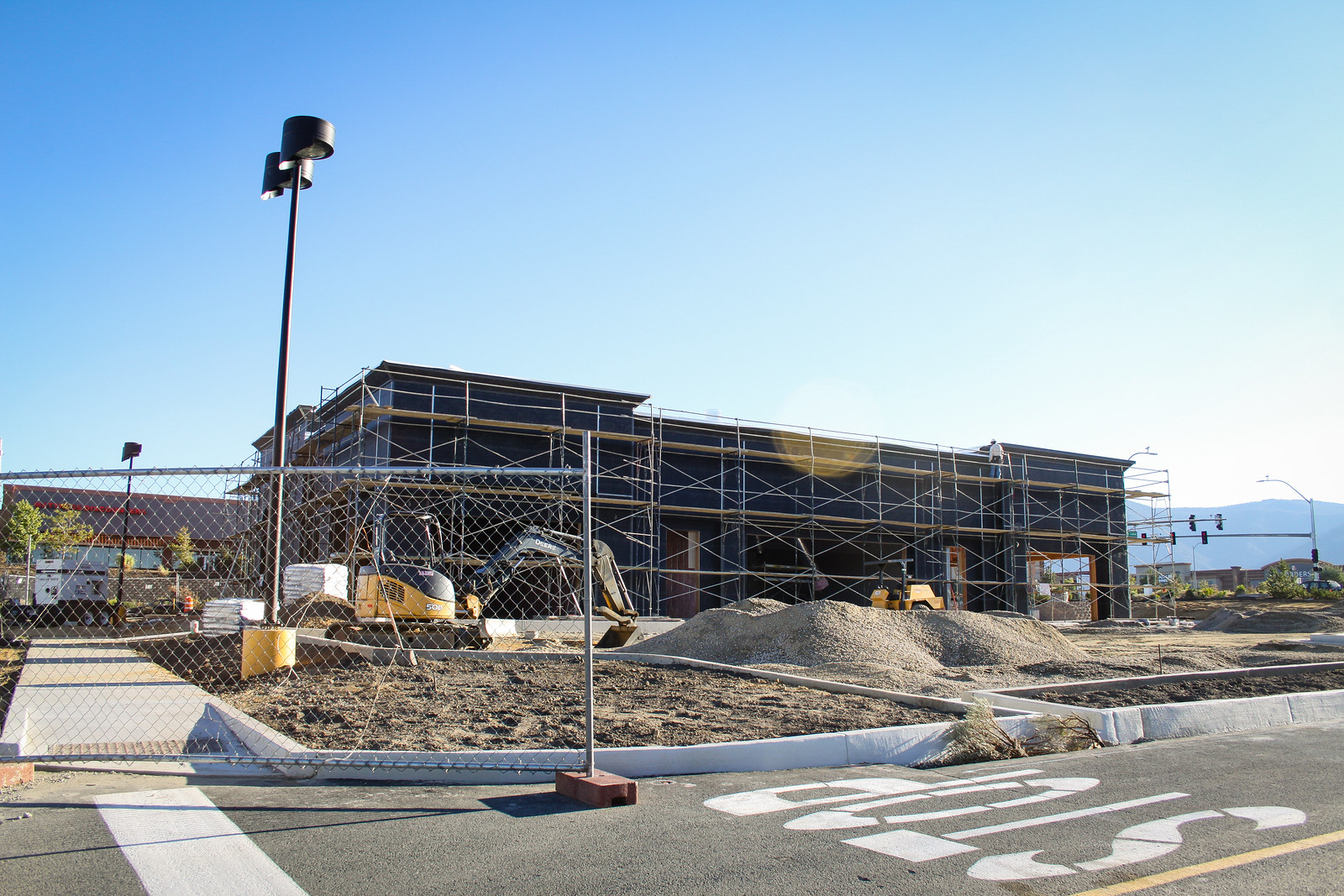 It’s been a couple of weeks since we checked in with the construction of the Five Guys Burgers. They’ve been busy, finishing up all the framing and starting on the prep work for the stucco. It’s not going to be too long now before outside construction is done and then they can get working on the indoor spaces. 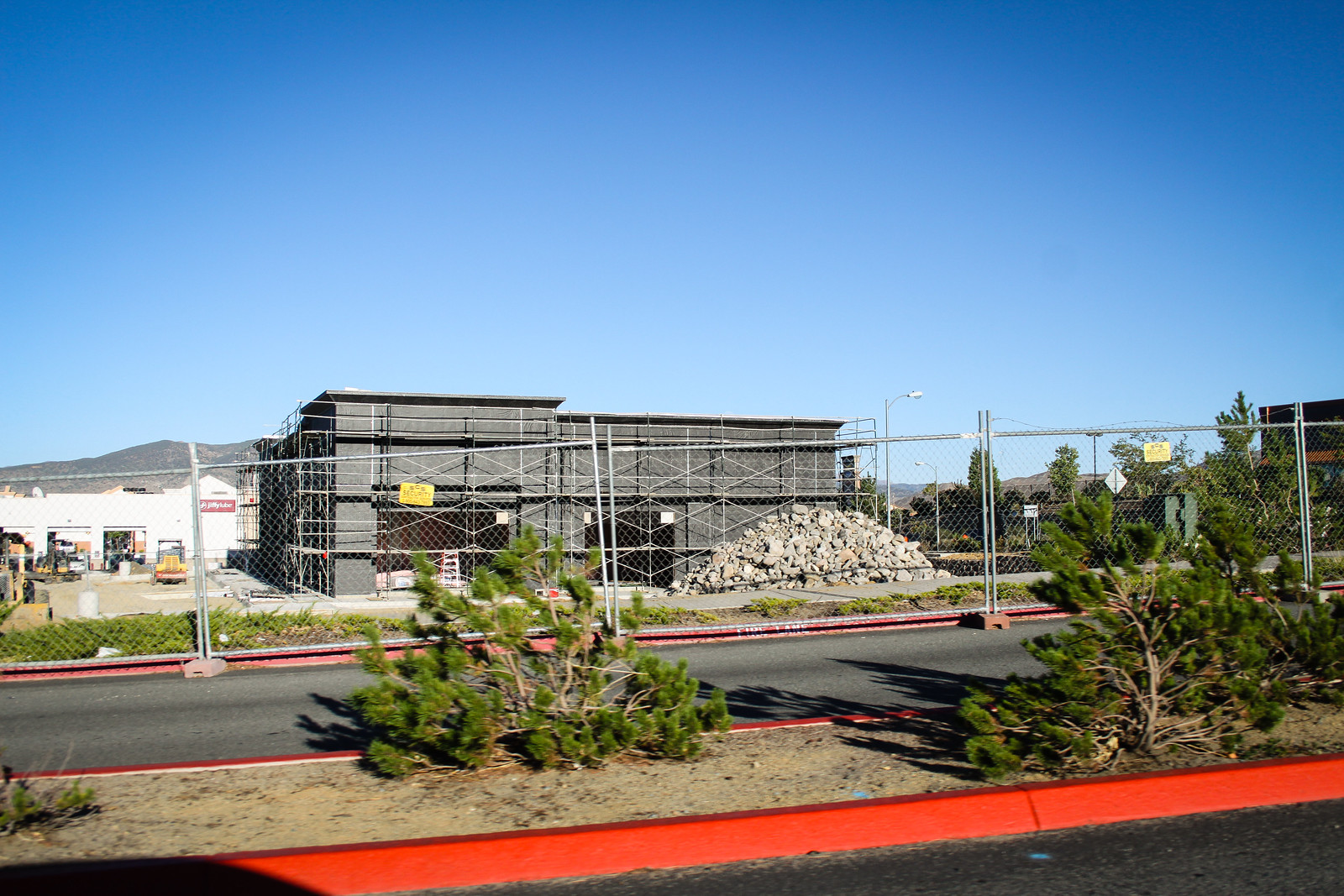 Someone in the last post mentioned the Mirastar gas station that used to sit here, and hoped that the underground tanks had been pulled out. I’m pretty sure I remember the tanks being dug up and removed as part of the demolition of the gas station. I still think that taking the gas station out wasn’t a bright idea; with all the traffic that comes through this shopping center a gas station could have done great business here. Even if Tesoro didn’t want to keep running it I’m sure someone else could have taken over. 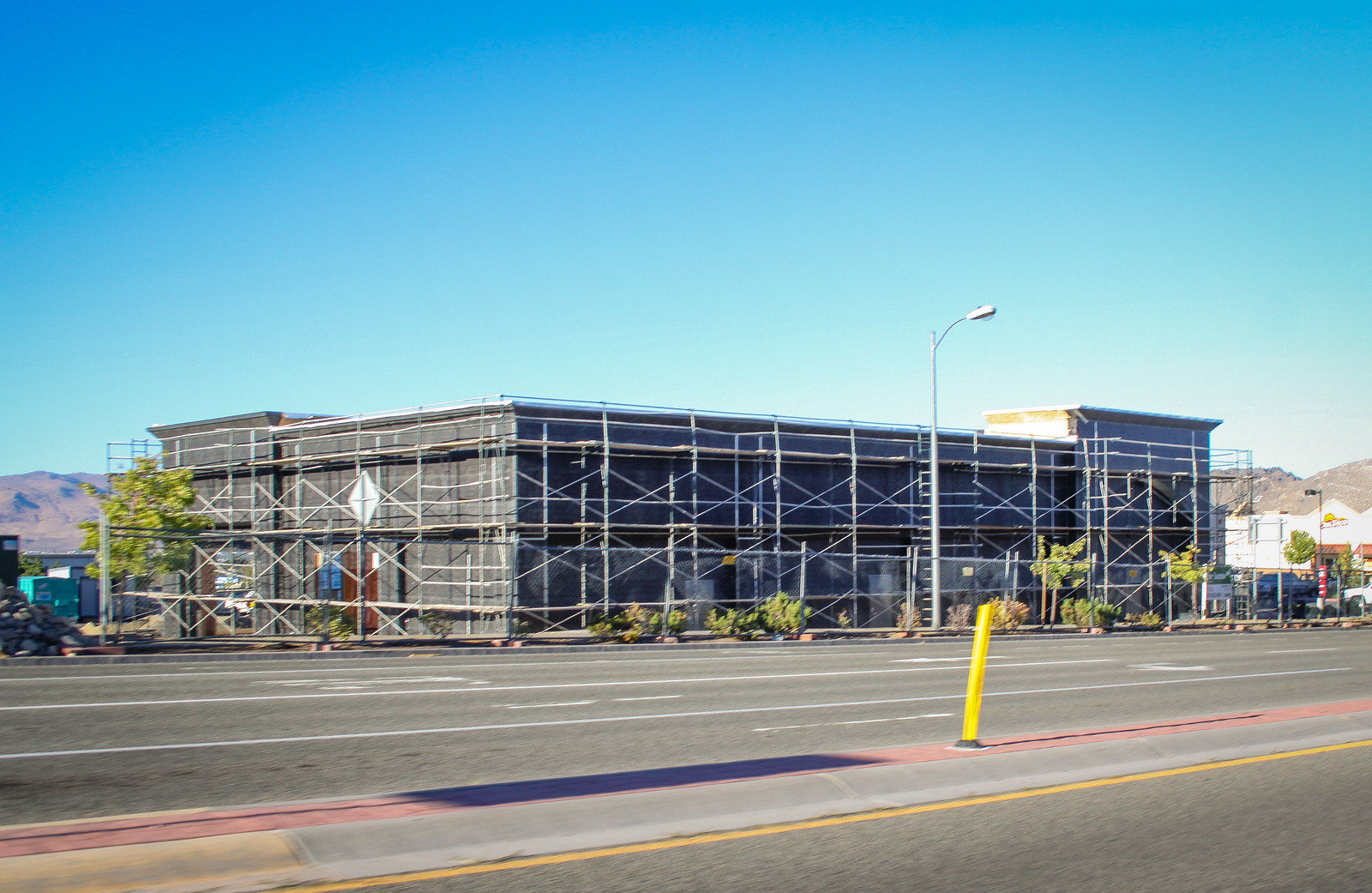 But at least we’re getting something new in here, and it’s better than an empty lot. We’re getting excited for the opening, and at the rate they’re going, we’re sure to see Five Guys open before Christmas. 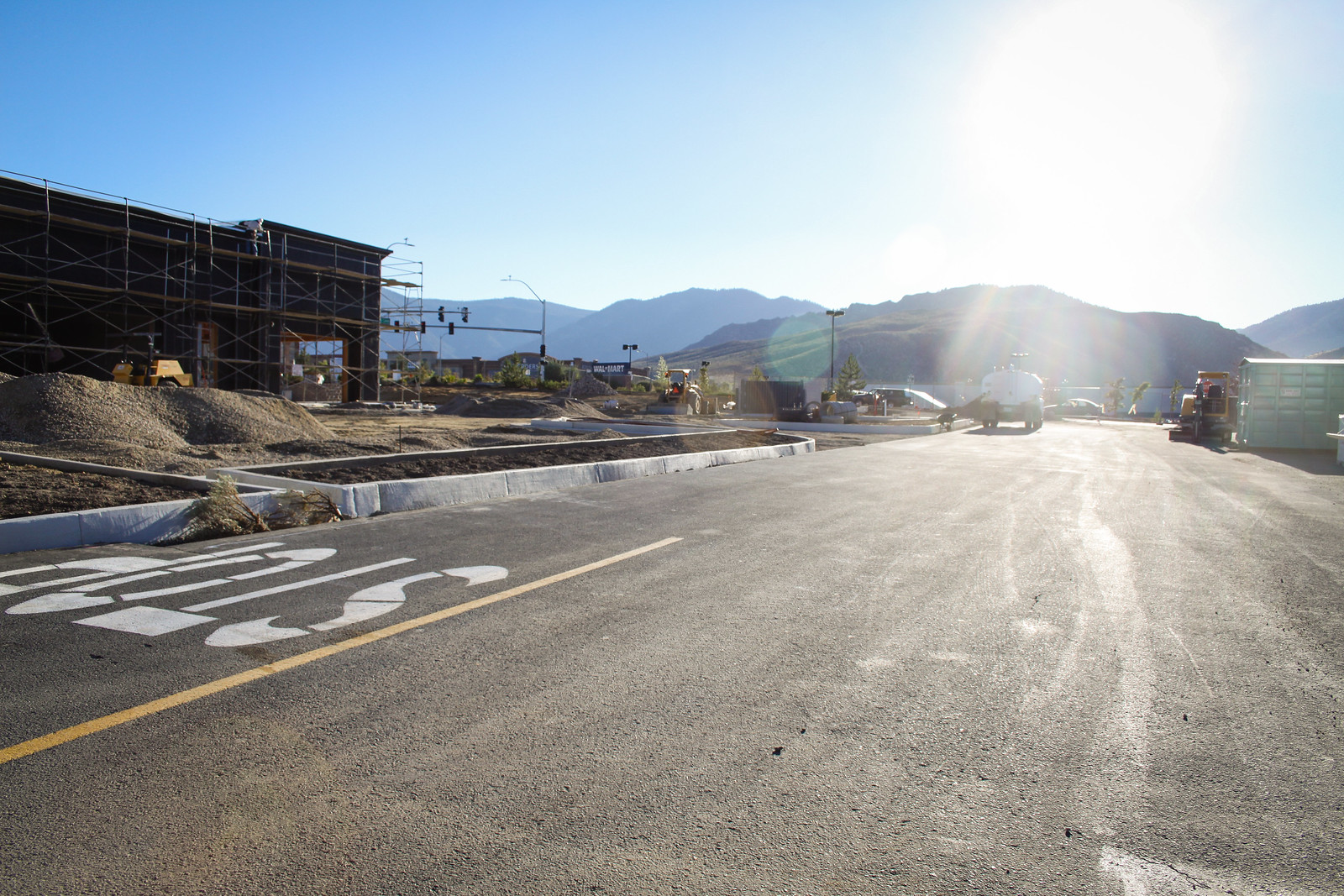 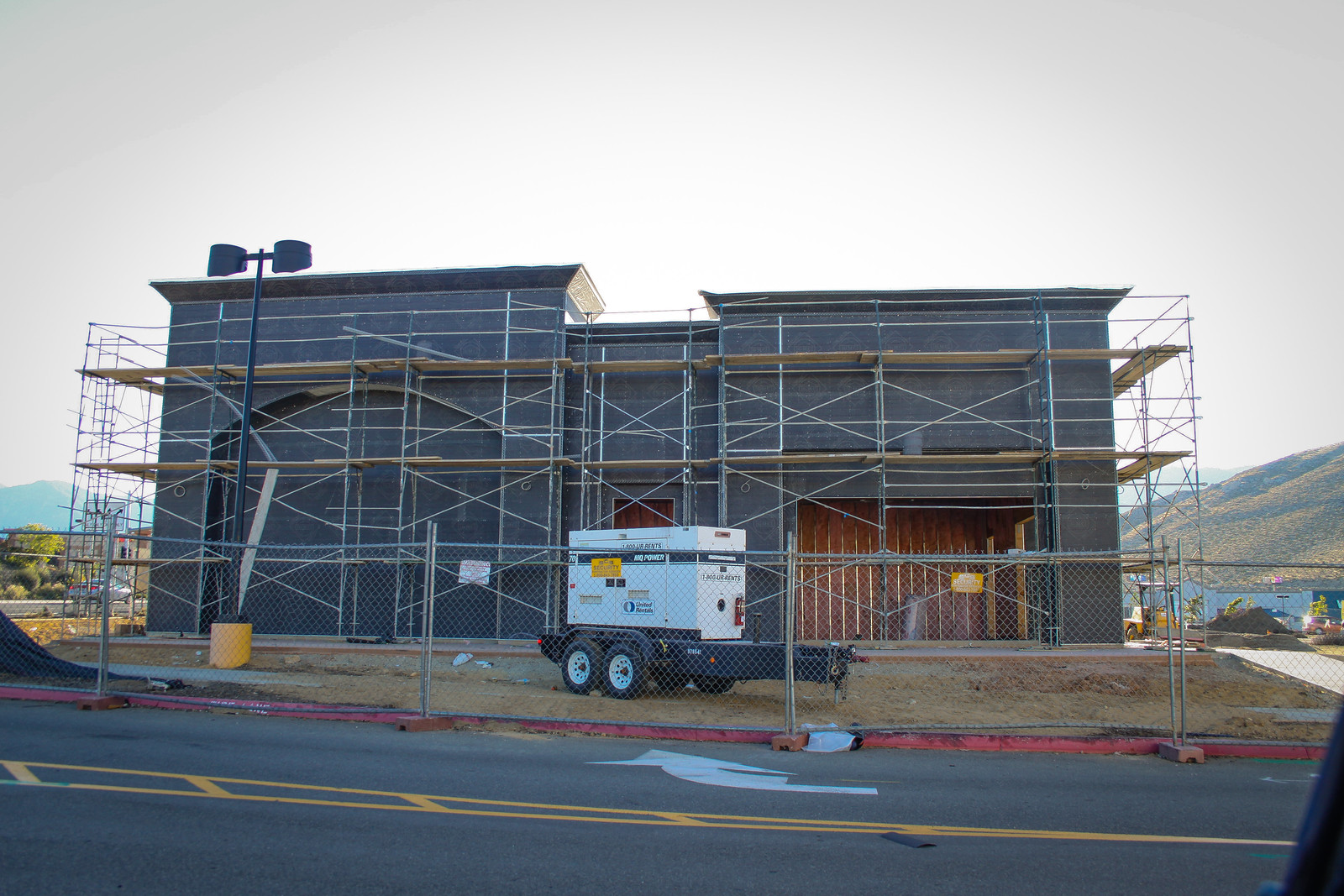