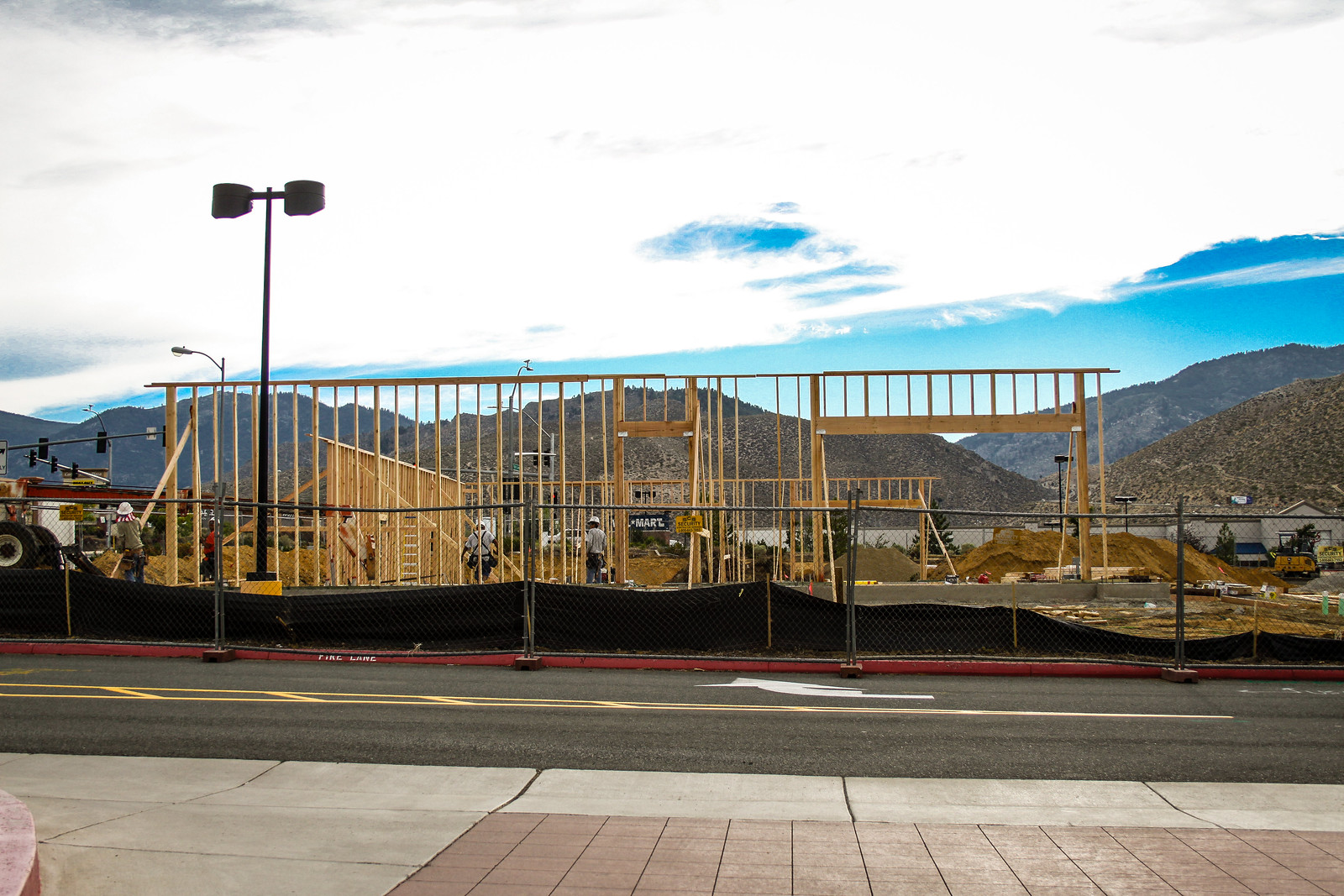 I guess it’s a good sign to see new retail going up, even if there are empty storefronts nearby. Some new construction is happening in the parking lot of the south Walmart, on the site of the old Mirastar Gas that was torn out some years ago. A little retail center is going up, looks like enough room for maybe three stores. One tenant has been announced; there’s a little sign with the logo for Five Guys Burgers. But the “For Lease” sign is still up too. I wonder if Five Guys will fill this whole space, or if they’ll be just one tenant in a little strip mall? I don’t know how big a Five Guys usually is. 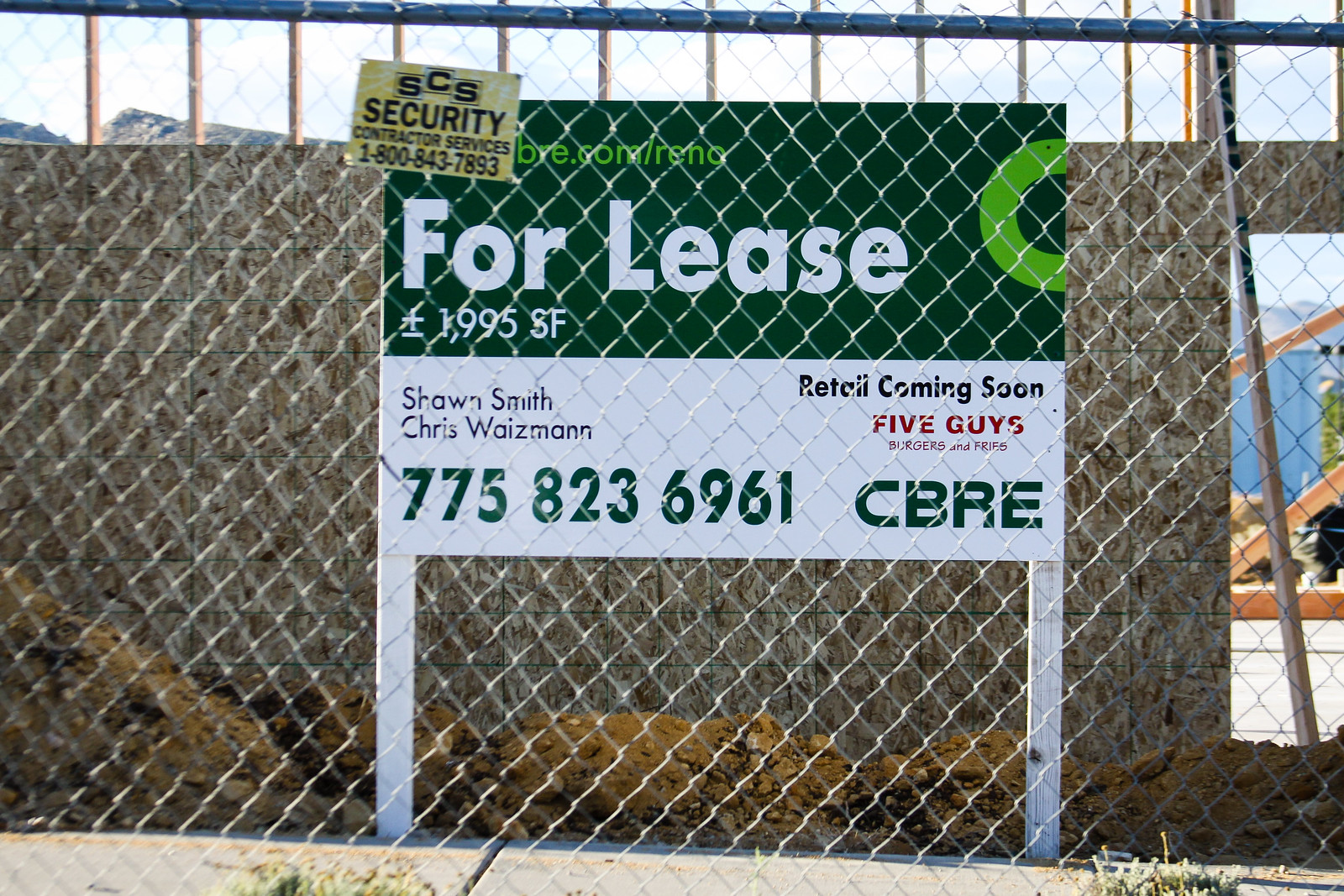 It’s kind of a big deal to be getting a Five Guys. They’ve only just recently started spreading out West, but they are a big hit back East. They were a local chain in the Washington D.C. area until ten years ago, when they started franchising. After that they spread like cheatgrass. They now have 1,000 locations in the U.S. and Canada, and they’re adding dozens more every year. Just recently they came to California and they’ve been a hit there, but so far they’ve only invaded Las Vegas, not Northern Nevada. The closest one to us is in Sacramento. There may be one or two in the works for Reno too, in fact I’d be surprised if there wasn’t. It’s a little surprising to see Carson City getting one. 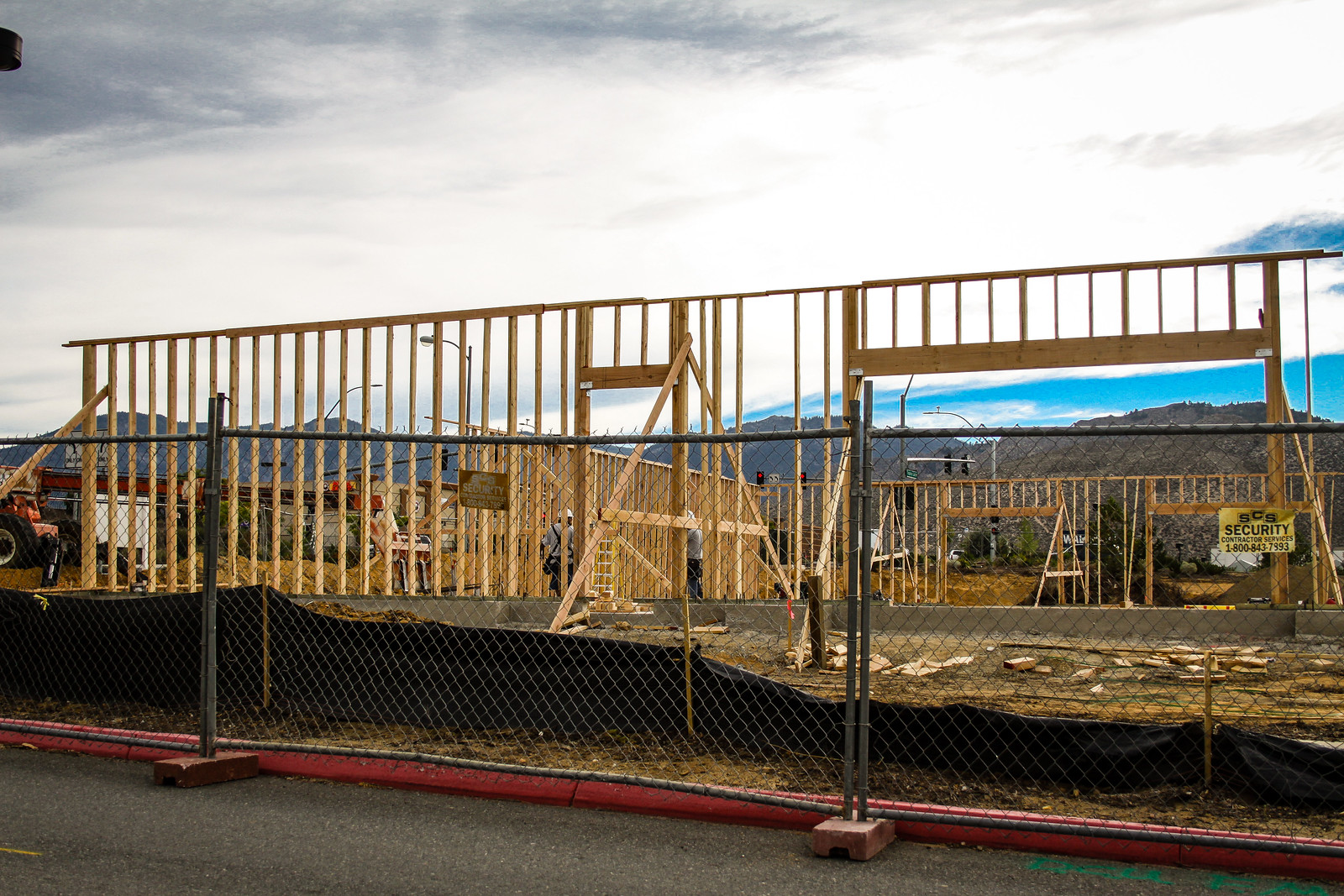 At first, the new construction here seemed unnecessary. Clear Creek Plaza and the Carson Valley Plaza across the street aren’t derelict, but there are still enough abandoned storefronts that I feel they should focus on filling those first before building more. But maybe it’s a location thing. These shops will be right next to the main road coming in, visible to everyone. That’s a valuable space, and it doesn’t make sense for it to have stayed empty this long. So maybe this will bring in tenants that wouldn’t have come if they were forced to be in some far off corner. A chain like Five Guys especially probably wants to be guaranteed high visibility, so it makes sense. 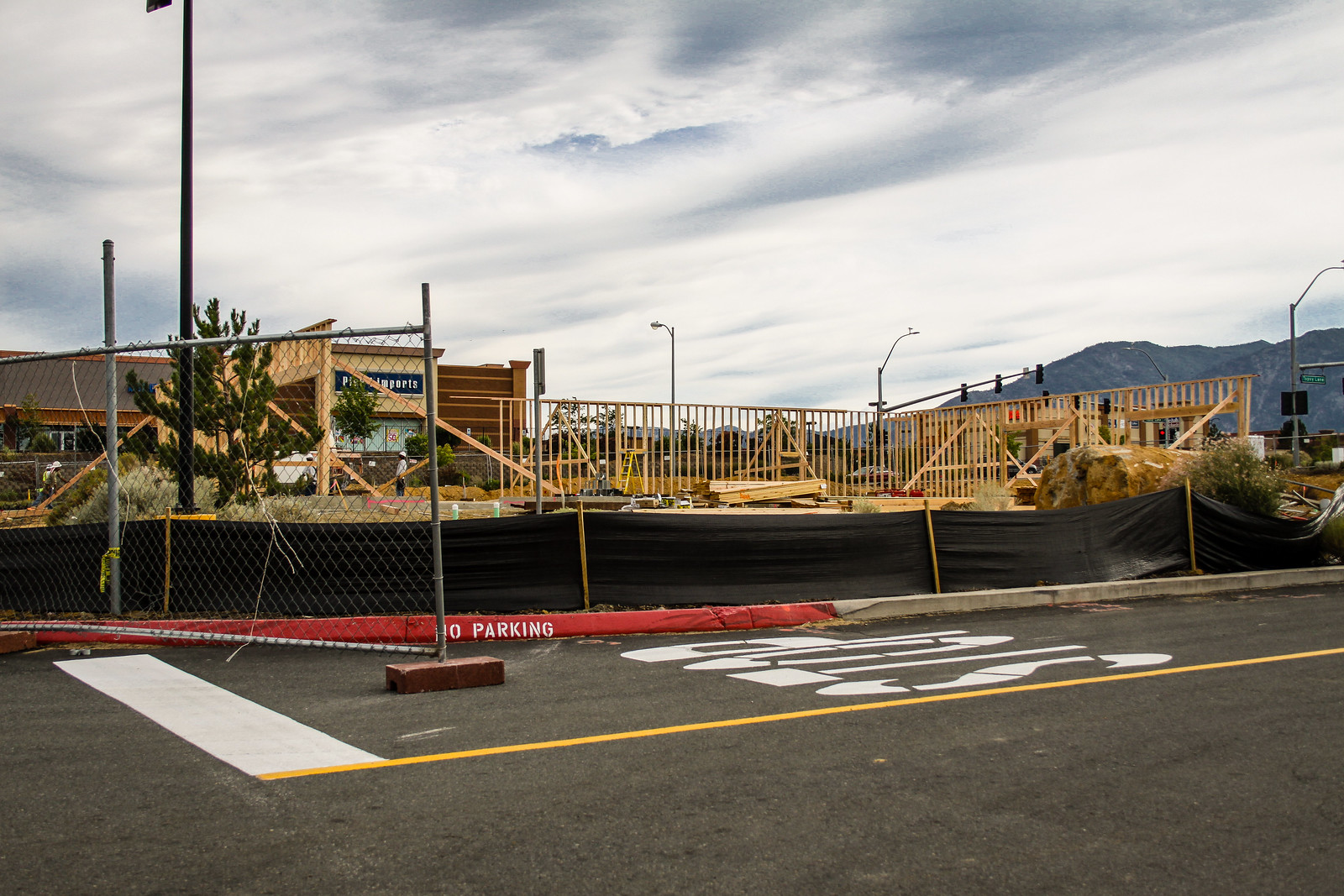 It’s also interesting that Five Guys would move in so close to In-N-Out, considering the rivalry those two chains have. Will it be a battle or is there room for both? The deal to bring Five Guys here was made back in January. 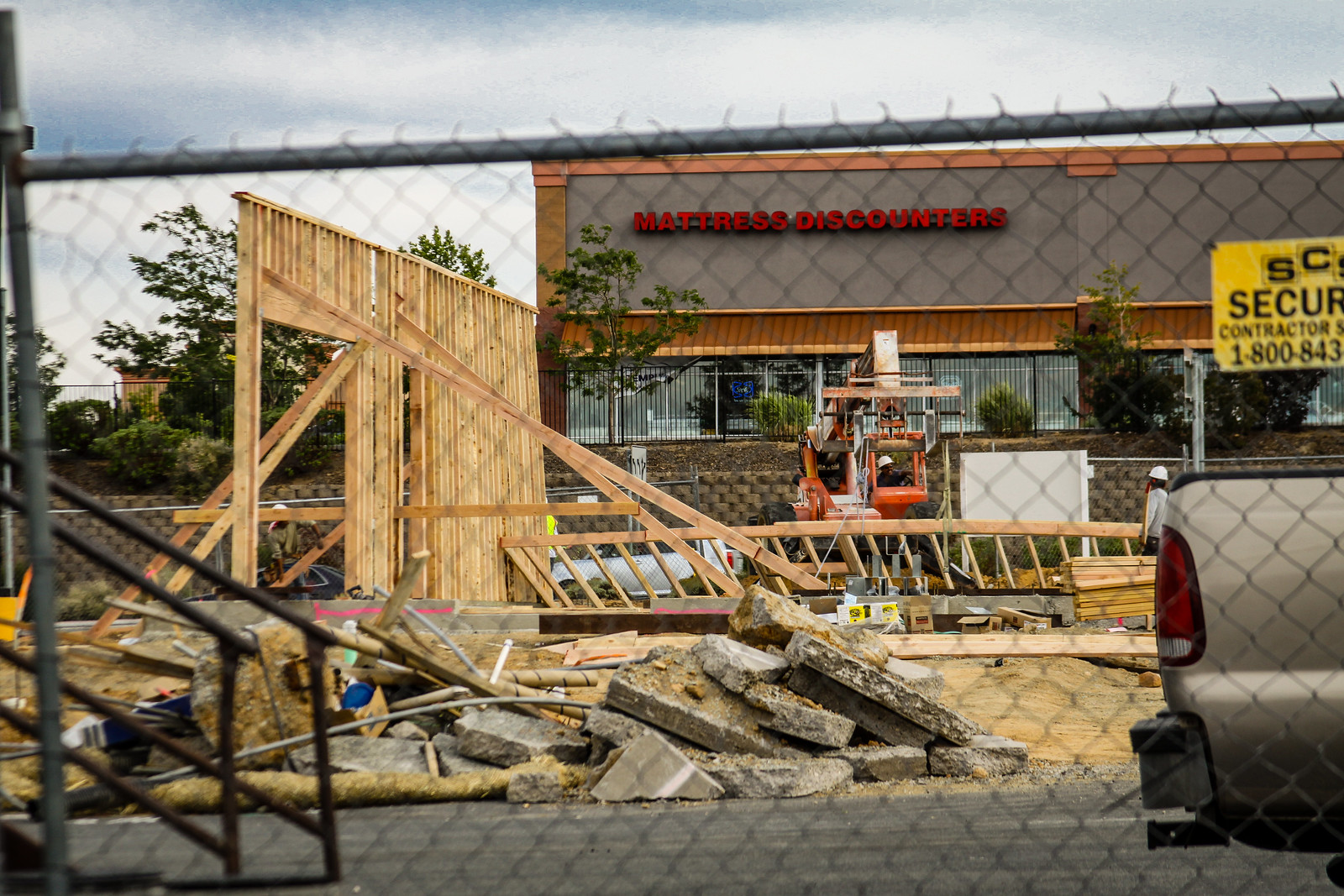 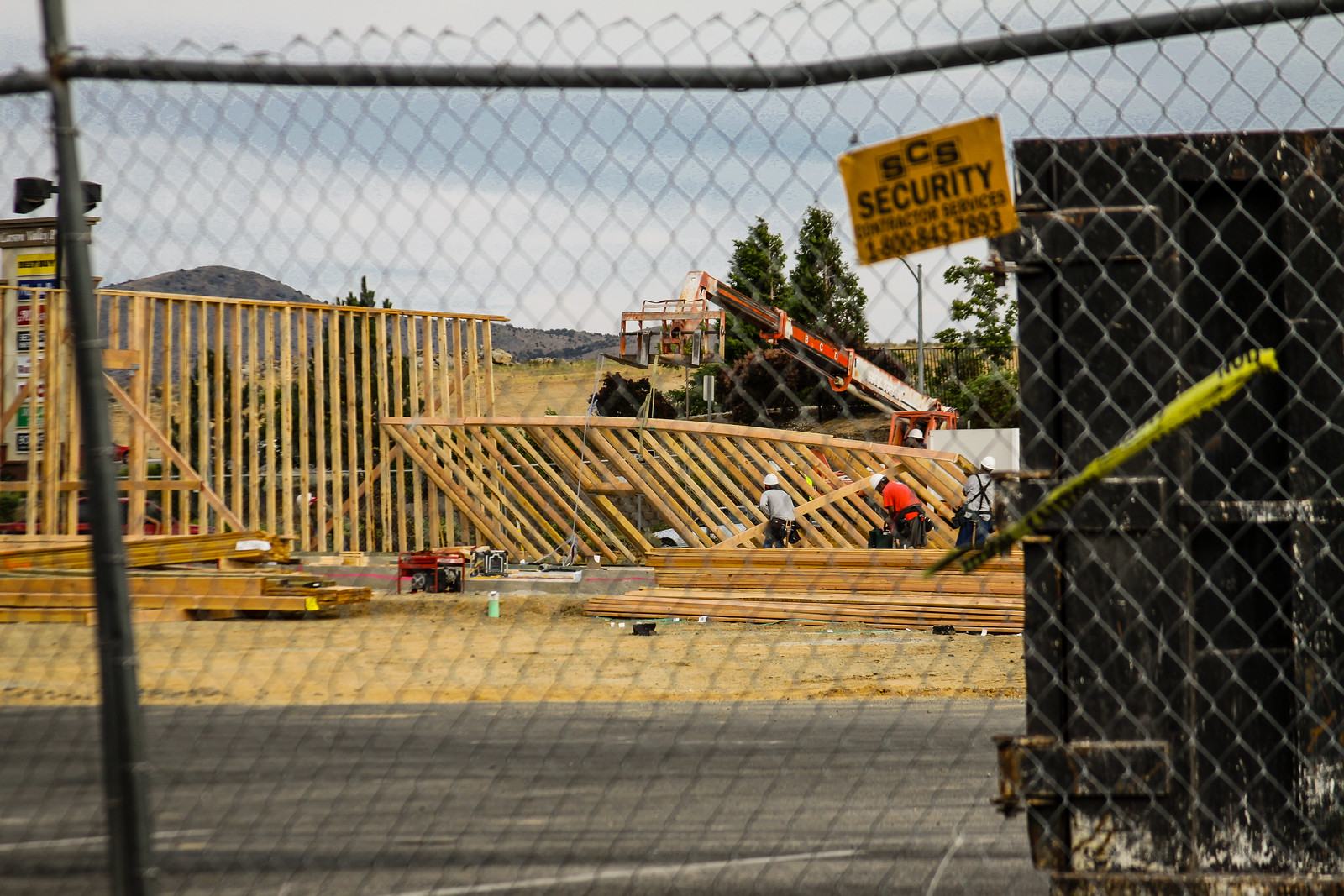 You can be sure I’ll be following this one closely!