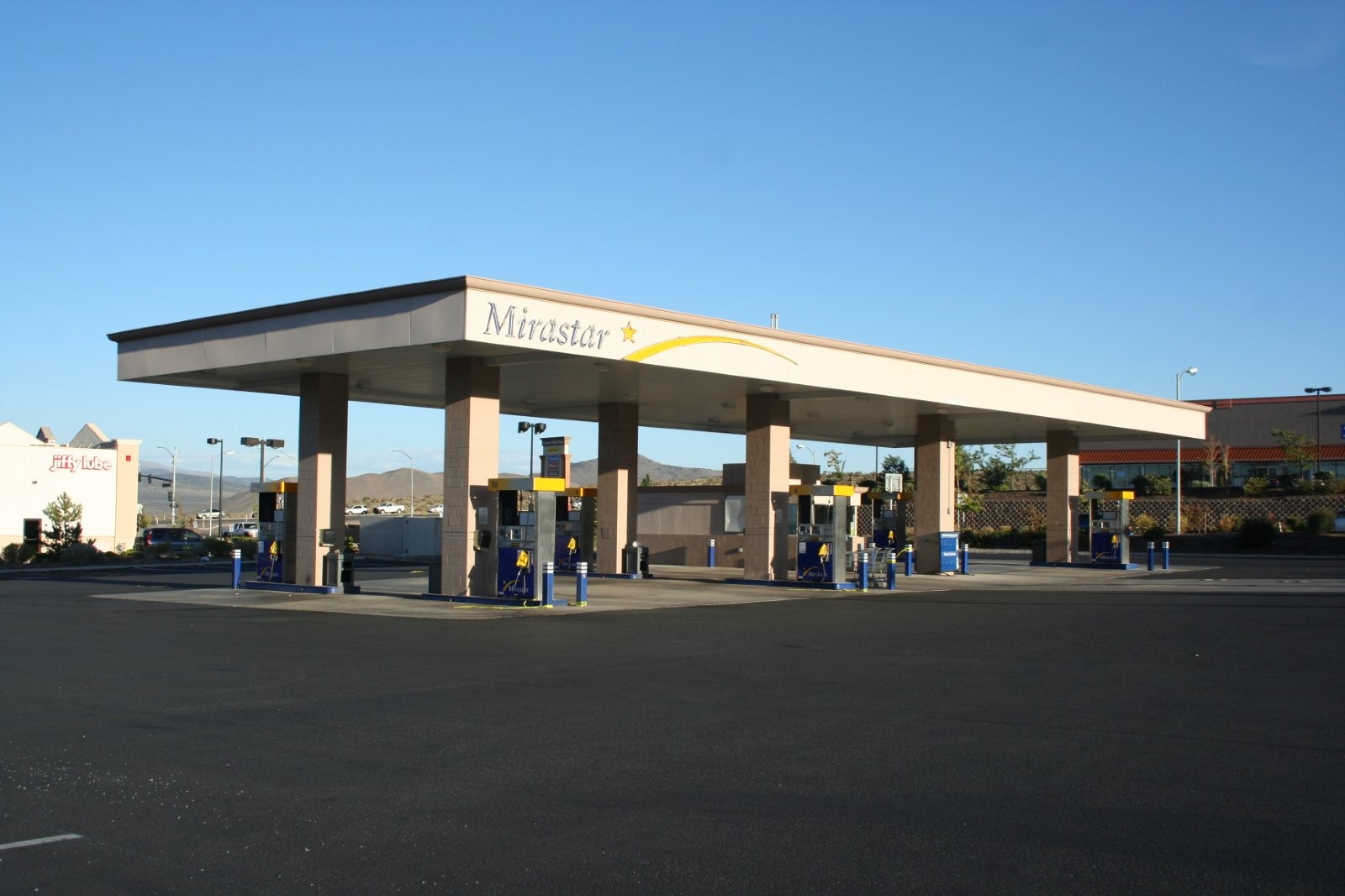 I drove by the Mirastar gas station in the parking lot of the South Carson (Douglas County) Wal*Mart, and noticed that the prices were missing from the sign. On closer look, the pumps were roped off with yellow caution tape and the pump heads were wrapped up. When we looked even closer, we saw this sign posted on the pumps. 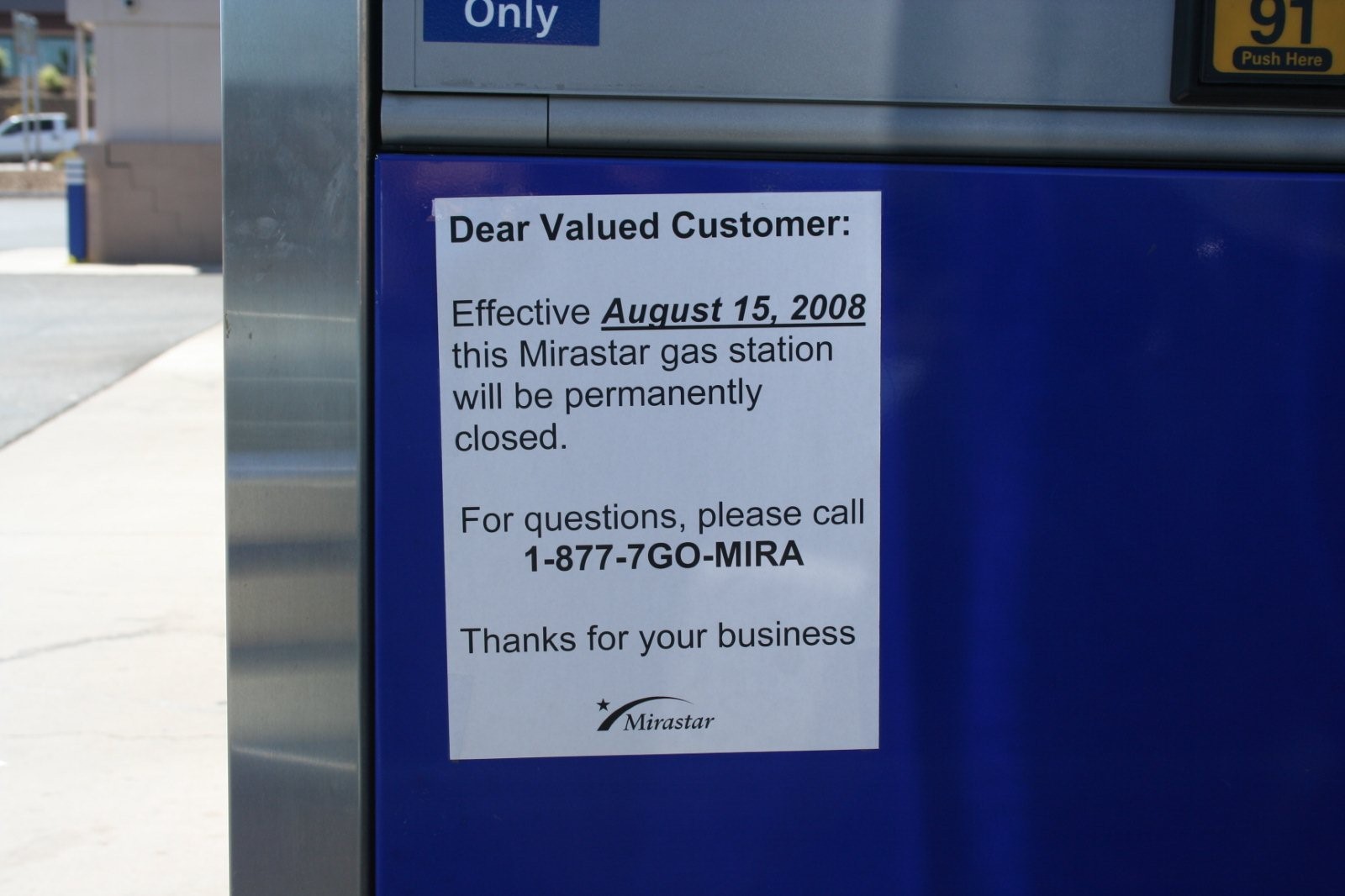 Effective August 15, 2008 this Mirastar gas station will be permanently closed.

Thanks for your business. 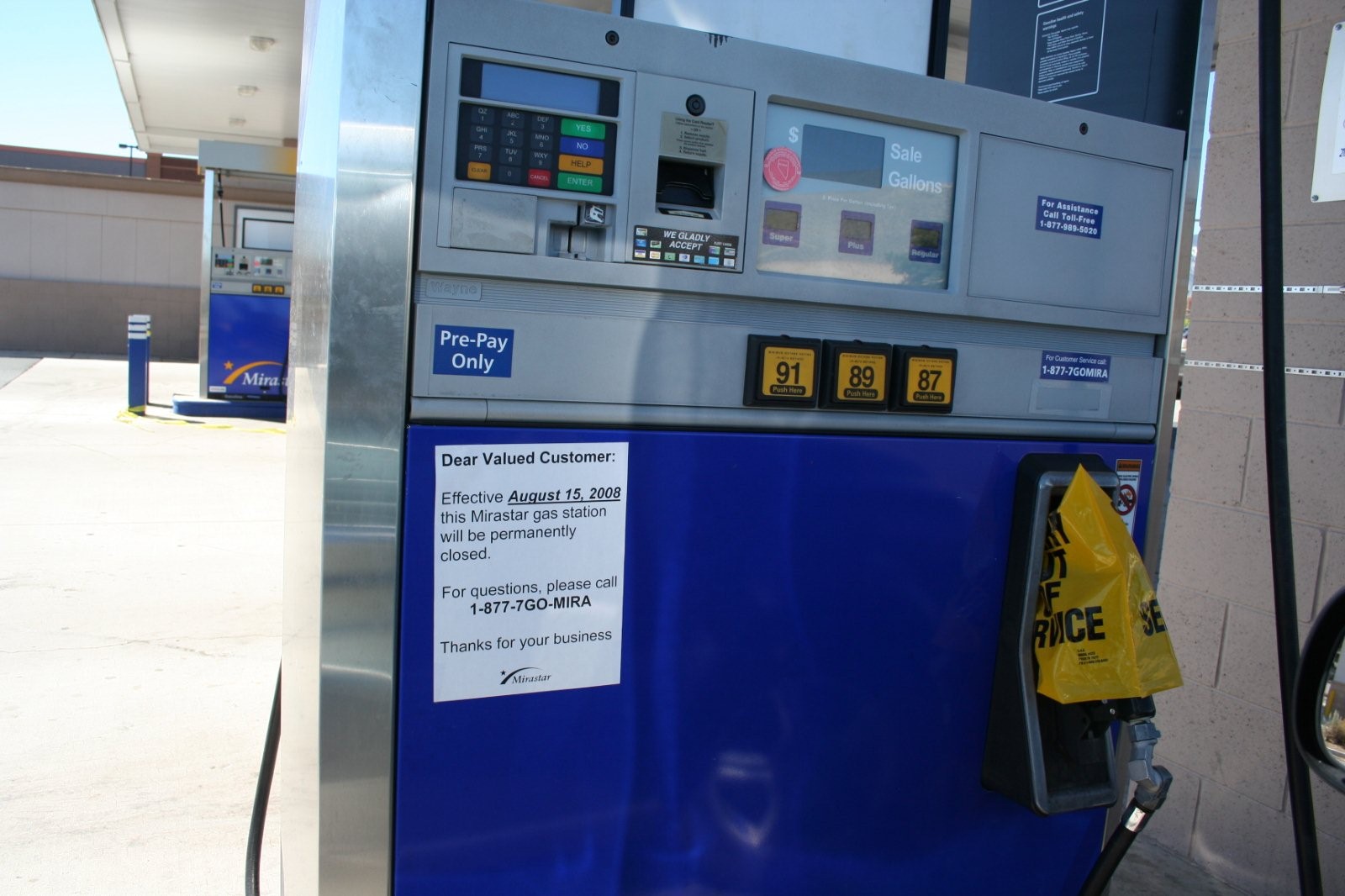 There are no other indications of why the station shut down, but a search online shows that a similar station in Pittsburgh has also closed. The story goes on to say that Tesoro, the parent company of Mirastar, is closing 42 of the 76 stations that they operate in Wal*Mart parking lots nationwide. The only reason given by Tesoro was that it was “a business decision.” So it sounds like a similar situation to the Mervyn’s that is in the process of closing. A nationwide company needs to tighten the belt by closing “underperforming” stores, and Carson City gets the shaft end again. 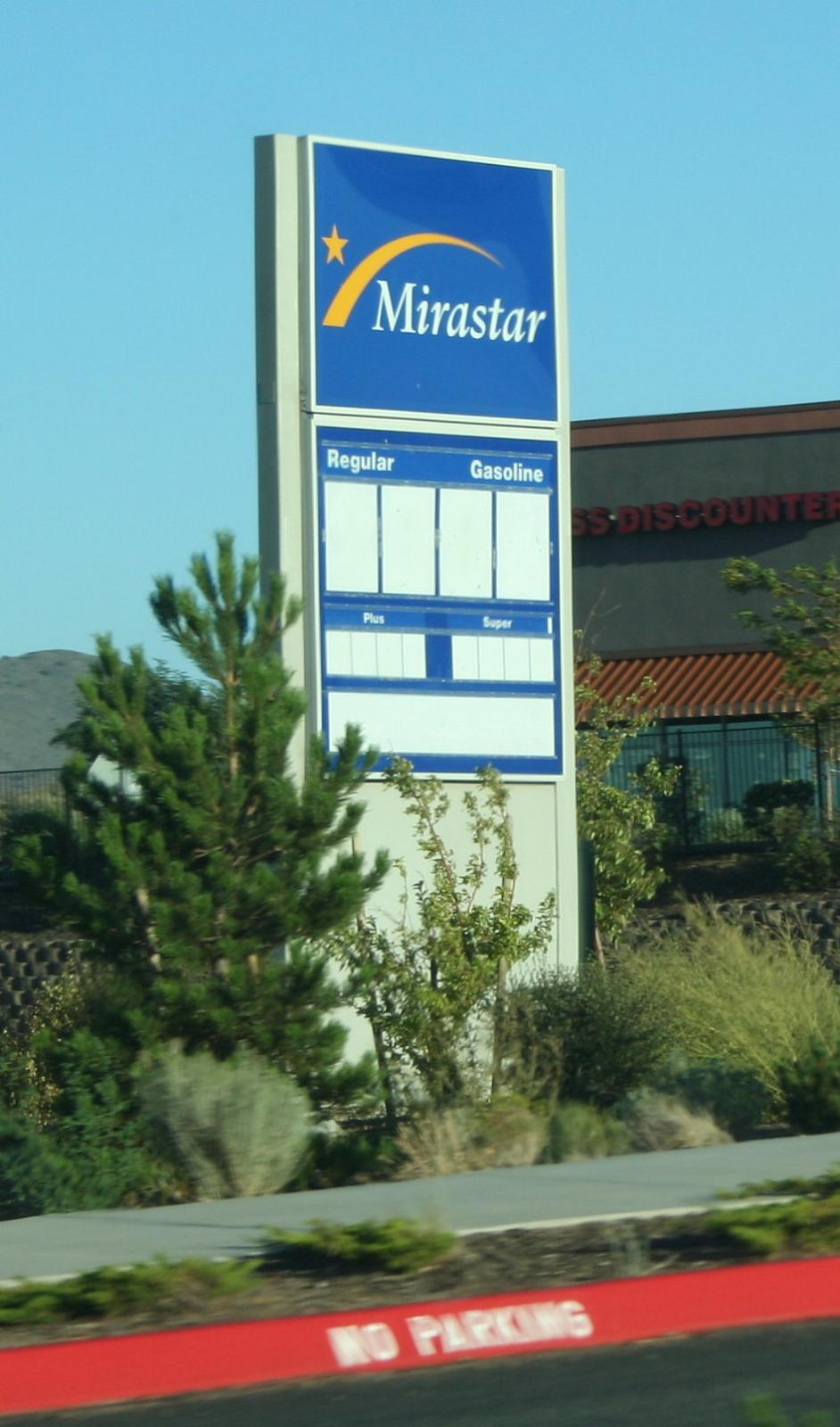 Too bad, because that Mirastar station was one you could always count on for low prices. It was usually right there in the running with Costco and Arco for the lowest price in town, and it was also the only one of those three that accepted credit cards as well as debit. Plus it was very nearly the last gas station you hit on the way out of town; only Chevron and the Silver City RV Park sell gas between there and Minden, and their prices are usually considerably higher.

So now, the real question is, what will become of this facility? Will this gas station remain abandoned, or will some other company swoop in to resume operations and fill the gap it’s left behind? I can’t see it being torn down, because that would require pulling out the underground tanks, and there is so much environmental red tape involved with that that it would be cheaper just to leave the station boarded up.