They really won’t stop with this freeway art along the Carson City Freeway. Just recently a couple of big pieces have gone up. 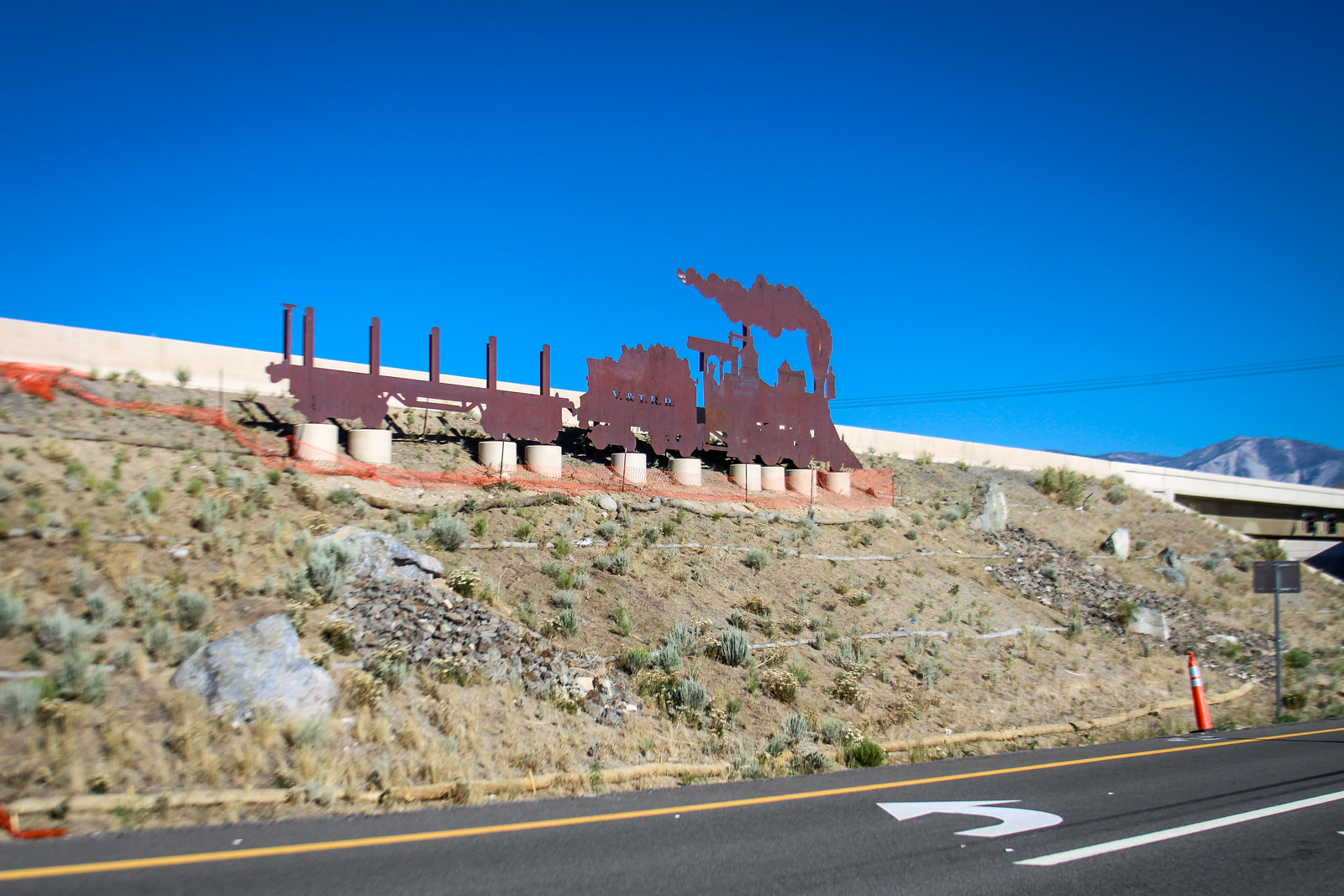 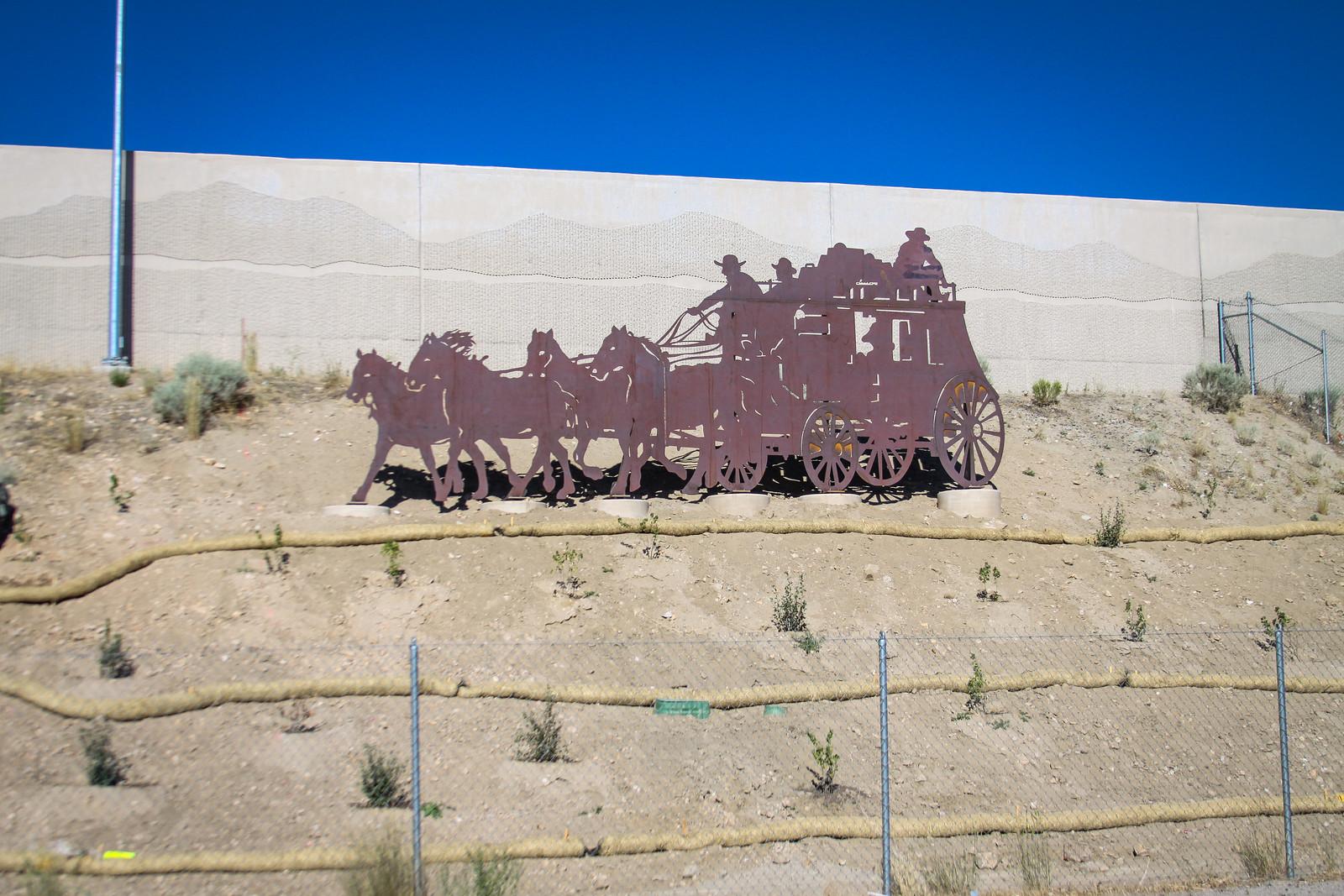 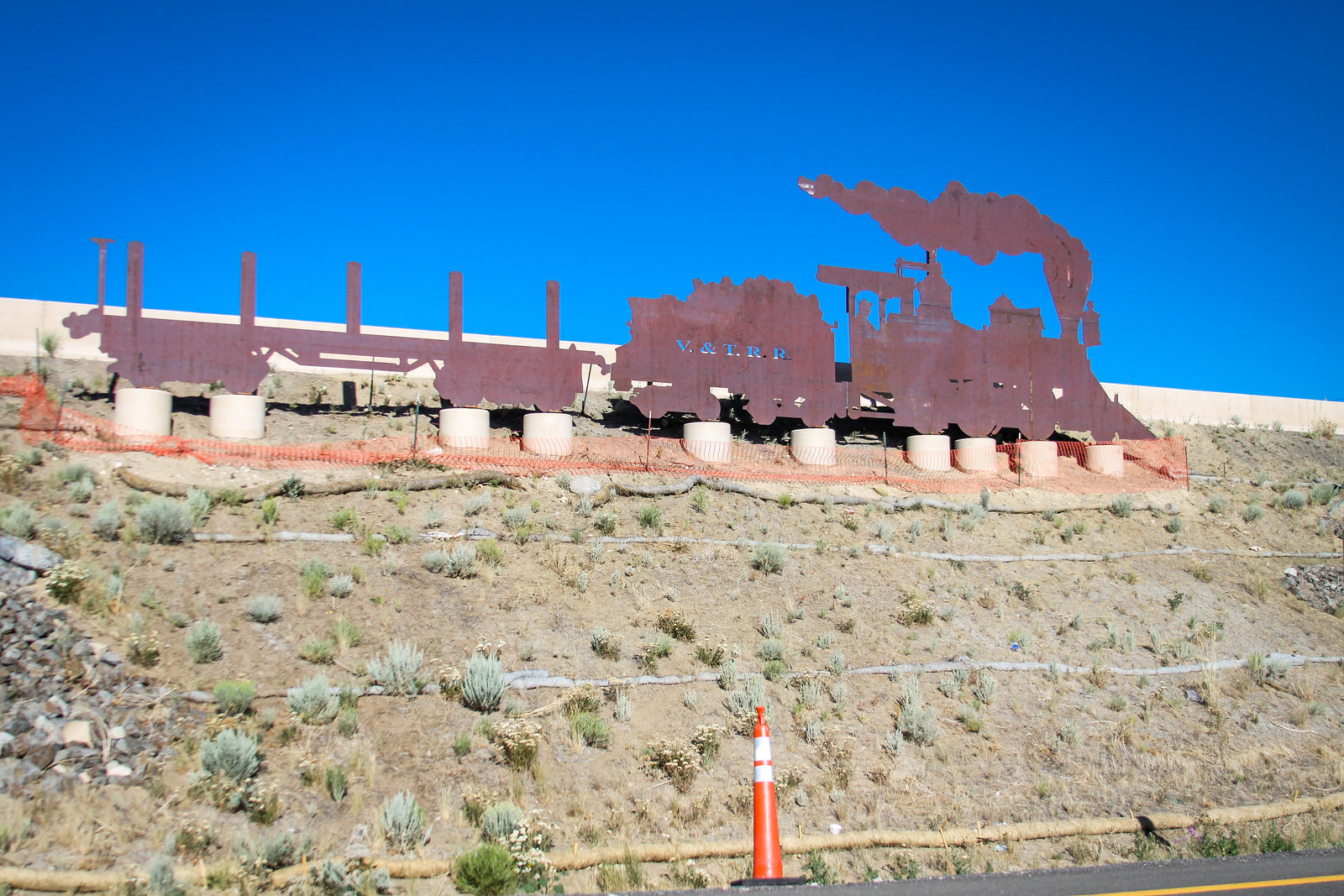 The V&T Lives at the Hwy 50 overpass, and stagecoaches are barreling down at Northridge. It’s becoming clear that every overpass has its own theme.

So it seems that there’s a rough progression through time as you travel north from Fairview, kind of telling the story of transportation in Nevada. Though if that was really the case the stagecoaches would come before the railroad. But I guess the big train cutouts are more impressive at the major Hwy 50 interchange. Plus the intersections at Emerson and Northgate are getting smaller art installations, but I haven’t been by there lately to see how heavily themed they are.

There’s been a lot of kvetching about this artwork lately (even just earlier this week) and how the money could have gone to better projects. Well, it’s all thanks to our friend the earmark, so we’re not allowed to spend it on anything else. From the Source That Cannot Be Named:

Years ago, before the freeway was a reality, the consensus was that freeways needn’t be sterile strips of concrete and asphalt, and the idea of attractive landscapes was born.

“This program was funded as part of the $201 million in stimulus money that Nevada got two years ago. Only $5 million went for freeway enhancements,” he said. Of that, Carson City received about $1.7 million.

Magruder stressed that the money is earmarked for enhancements only, and cannot go into road construction or any other fund.

The article goes on to say that planned designs for Phase Three of the freeway includeÂ the California Overland Trail, the Washoe Tribe, the state capitol, and Basque sheepherders.