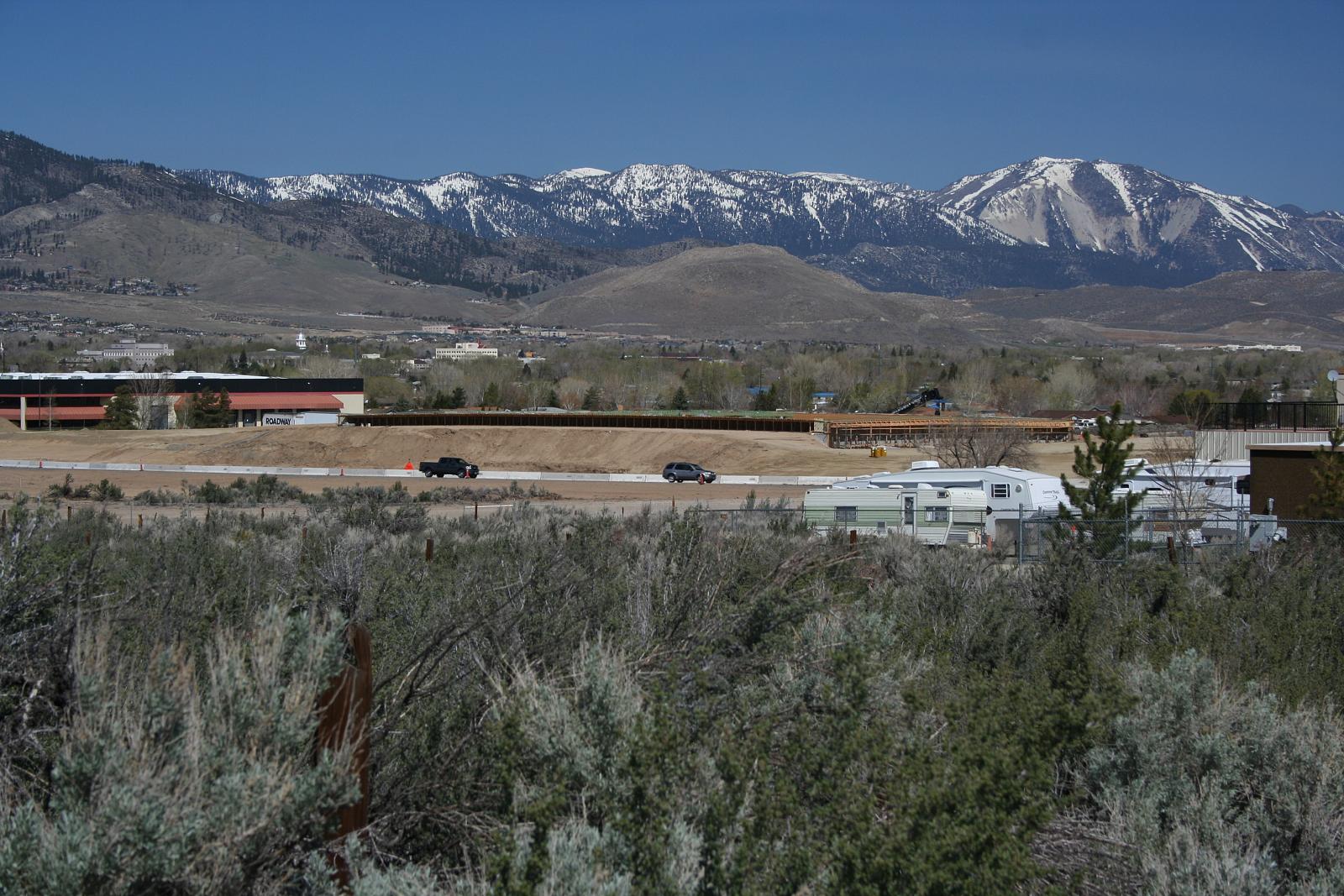 Work is coming along nicely on the bridges for Phase 2A of the Carson City Freeway. I drove by the Fairview Drive overpass today, to find that they are well into building the structure of the bridge itself. 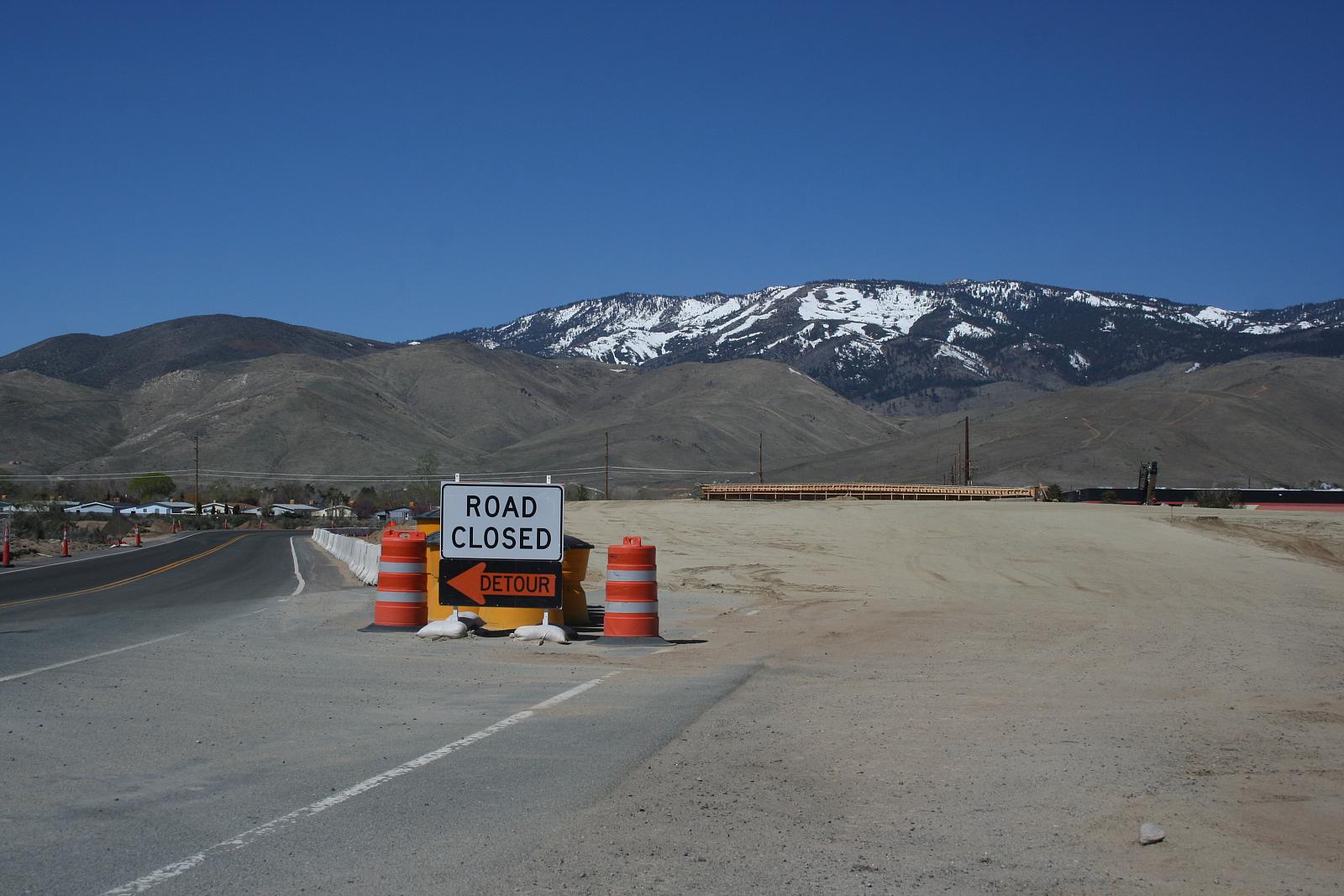 Like so many other bridge projects these days, they decided that instead of constructing an intricate framework to hold the bridge aloft while they’re building it, they would just raise the level of the dirt so they can build the bridge right on the ground. After the concrete is cured they’ll dig all this dirt out, and the full bridge will be revealed. They’ve already built the center columns; they are buried underneath the dirt in this photo. 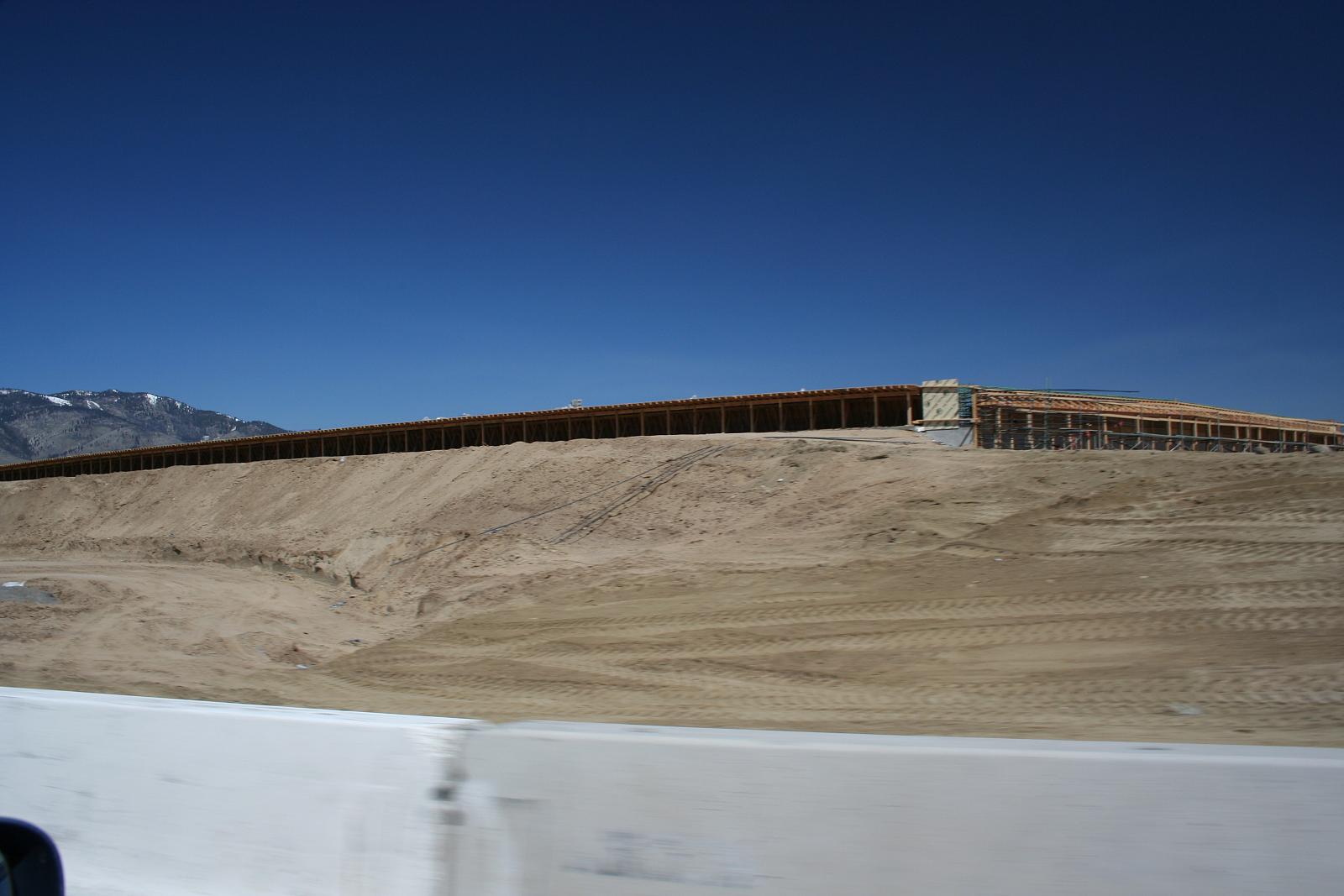 It’s a long haul until we’ll be able to drive on this section of the freeway, but the progress that we’re seeing now is so much better than what we put up with for decades, where the freeway was just some mythical object that was far off in the distant future. In a couple of years we’ll be able to get on the freeway here at Fairview and ride it all the way out of town to the north. Riding it out of town to the south is a different matter, though. Because Phase 2B (which by now really should be called Phase 3) not only hasn’t been completely designed yet, it hasn’t even been fully budgeted. And if the people in Las Vegas had their way, we wouldn’t get any money at all, leaving us with a 2/3 done freeway that won’t be much of a help to anybody.