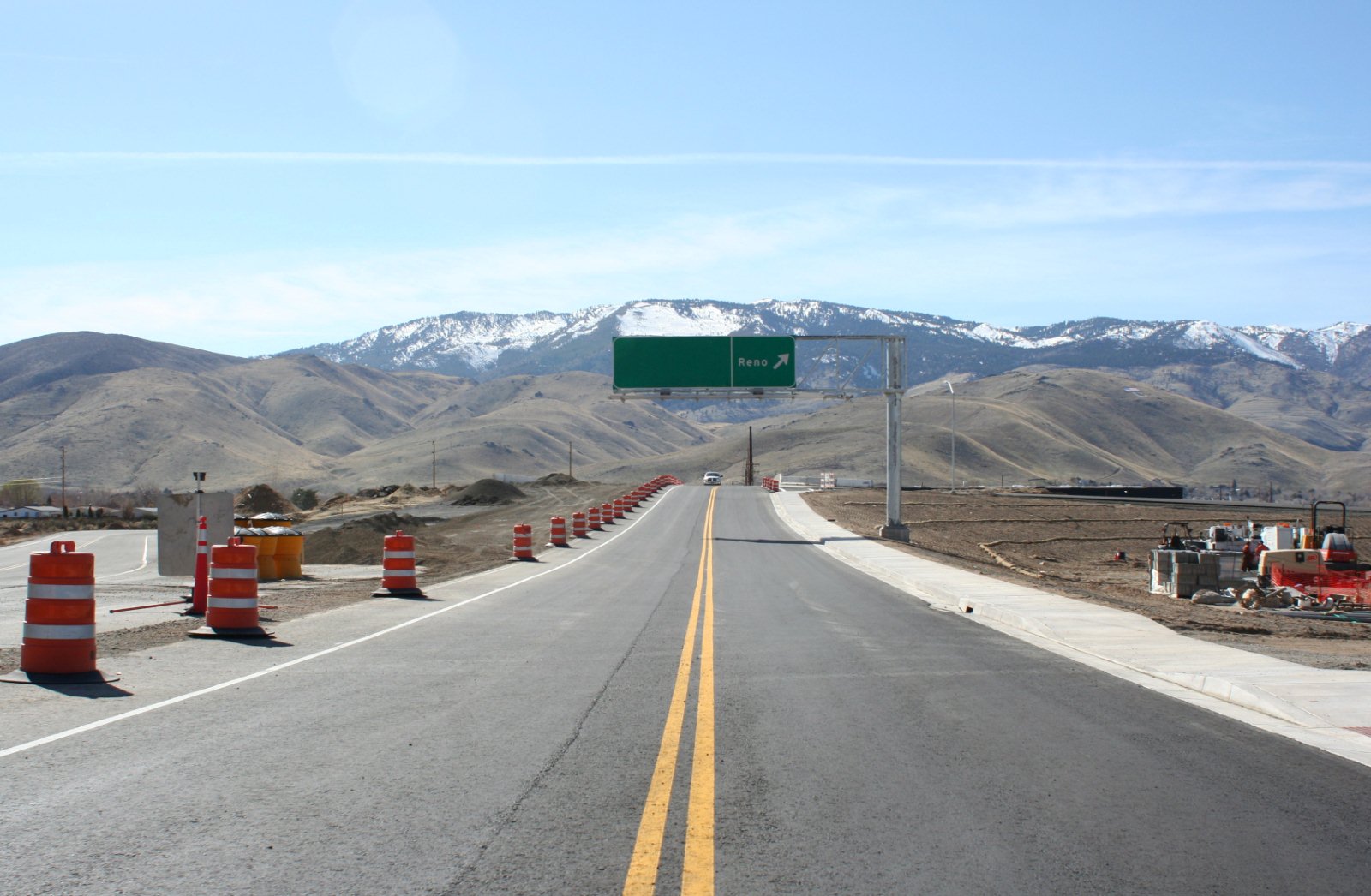 Work on the Carson City Freeway hit a big milestone sometime this month. The overpass where Fairview crosses the freeway is now open to traffic. It’s only two lanes at the moment, not four, but instead of having to use the curving shoo-fly around the construction site like you’ve had to for the last year, you can now just drive over the bridge. 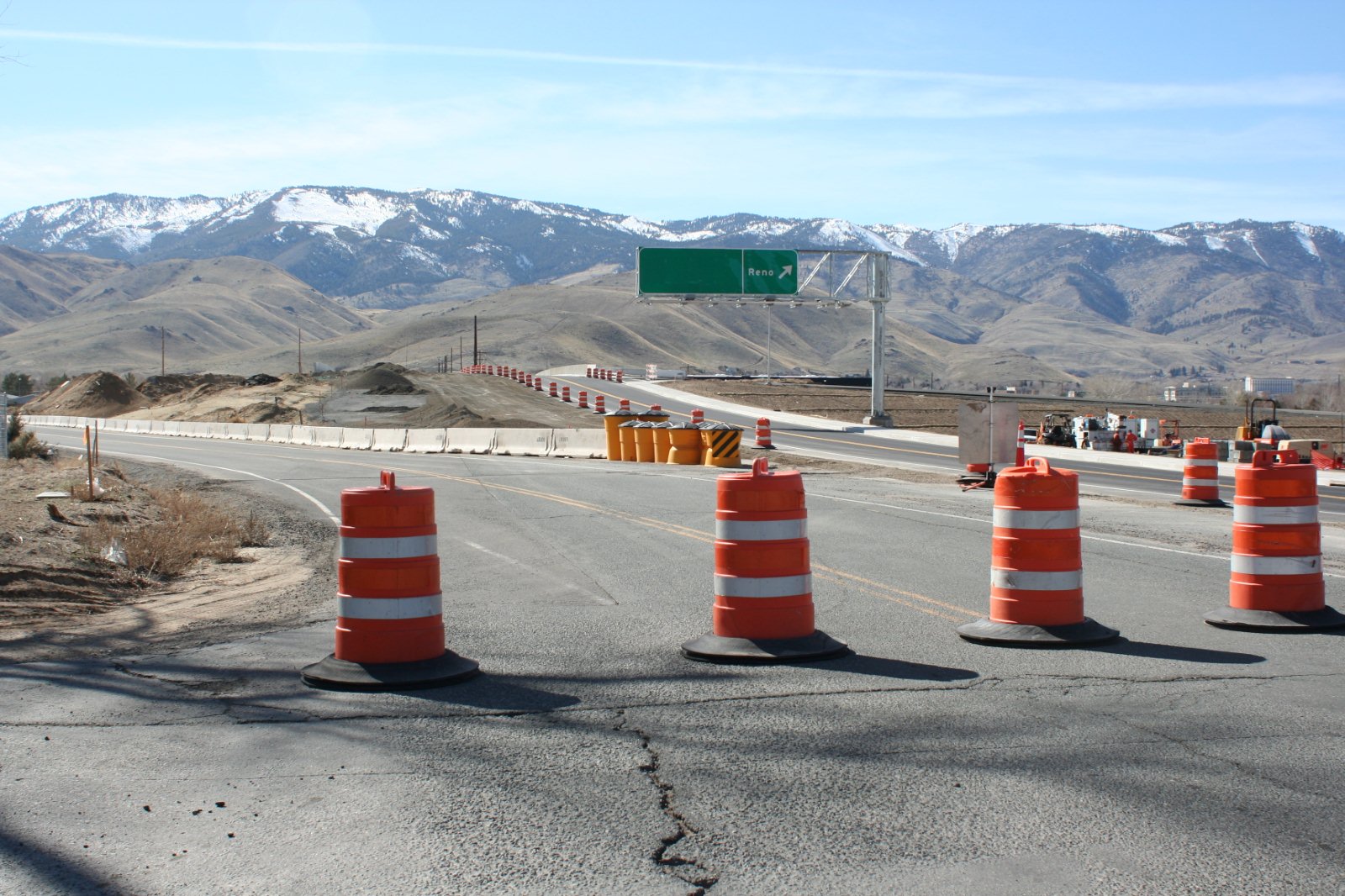 So now more major work on the Fairview interchange can start happening. Crews are already working at ground level, tearing up the shoo-fly and getting ready to start grading the freeway roadbed itself. They also need to build the on and off ramps. But it really feels like the project is taking off now, and we should see it all coming together soon. 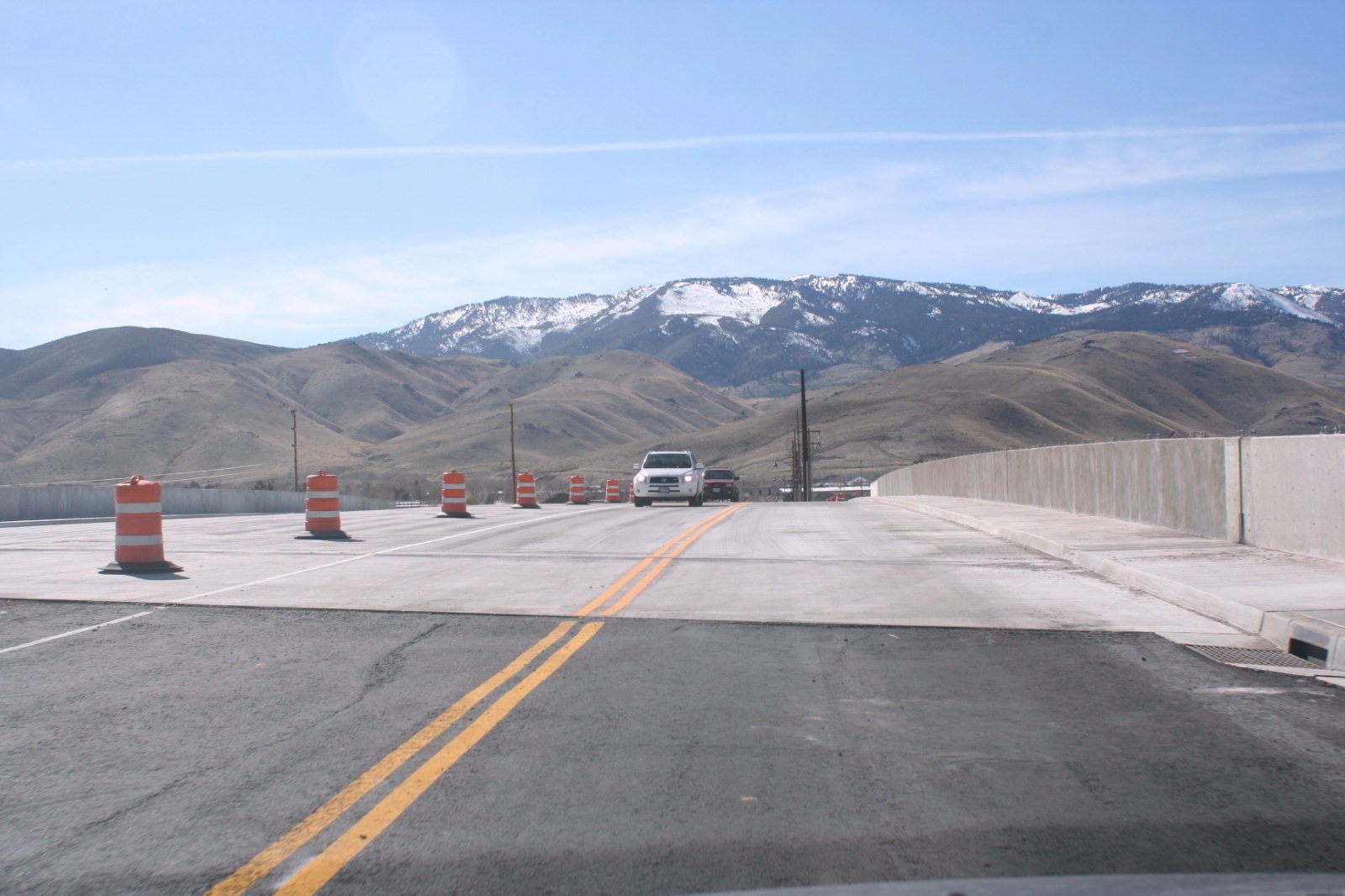 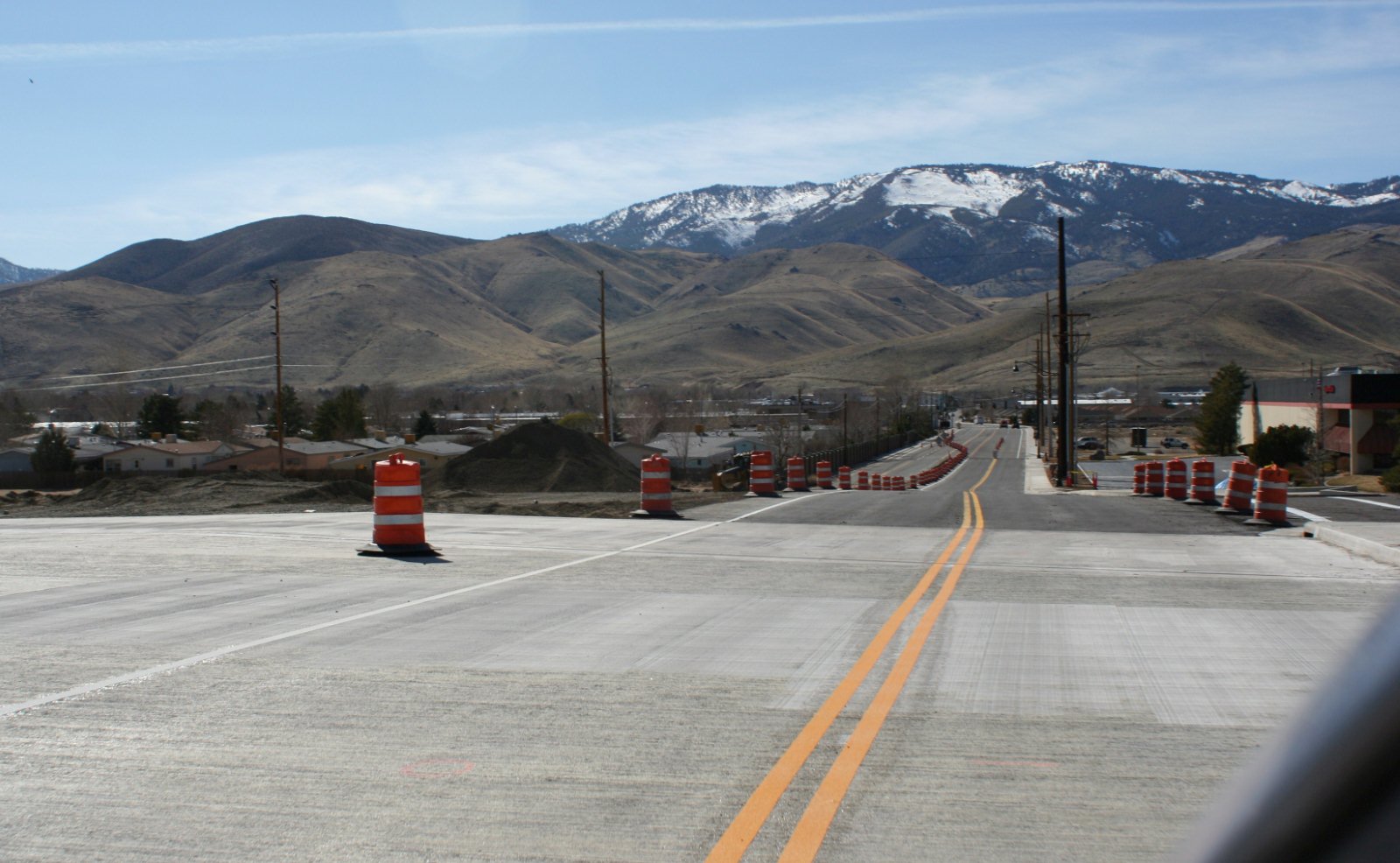 Update: Looks like, completely by accident I ended up driving on the overpass and taking these pictures on the very first day it was open. Yay for serendipity!

Also, I went back and uncovered pictures I took in 2006 of what Fairview looked like before construction started, and one of the houses that used to be where the overpass is now. 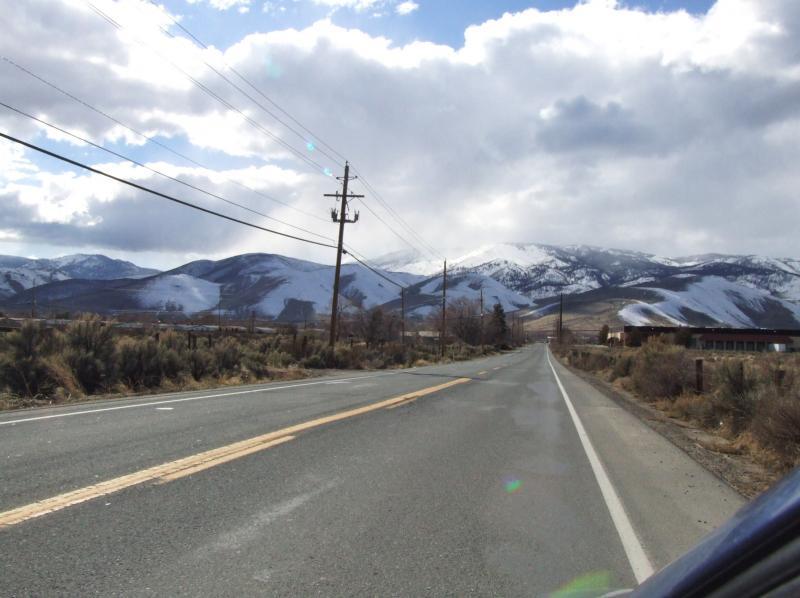 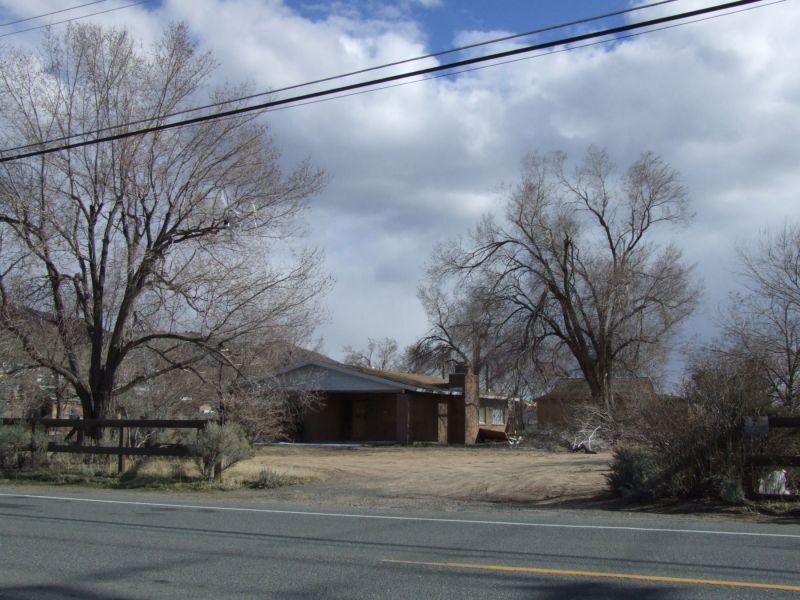