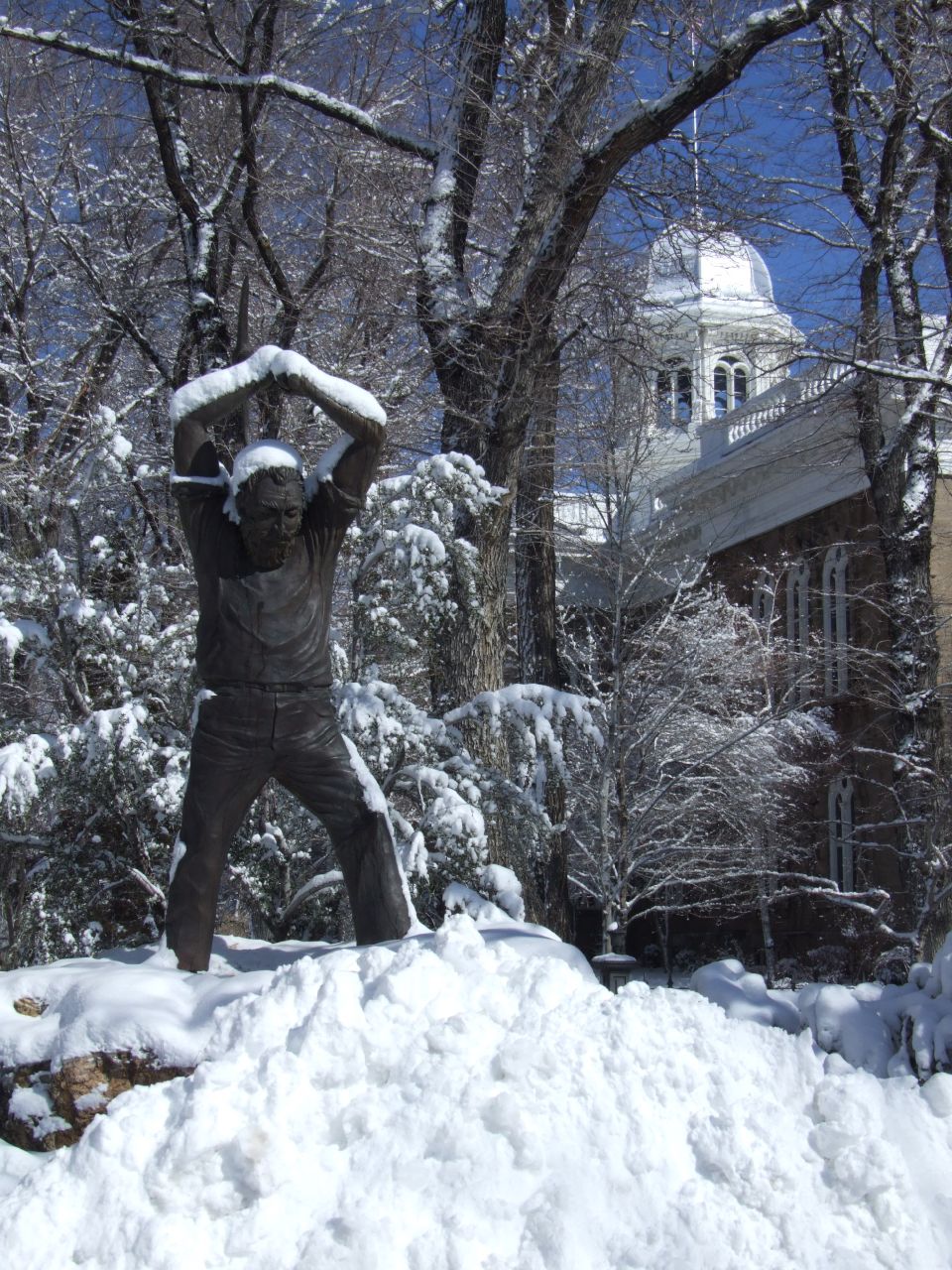 Rich Moreno’s Backyard Traveler this week has a look at the three statues that stand in the Capitol Plaza, between the State Capitol and the Nevada legislature. The three statues depict Abe Curry, the “father” of Carson City, Kit Carson, the scout for whom everything “Carson” is named, and the tribute to Nevada miners showing Adolph Sutro working a pickaxe.

My photos of the statues here were taken after a nice snowstorm in February 2007. 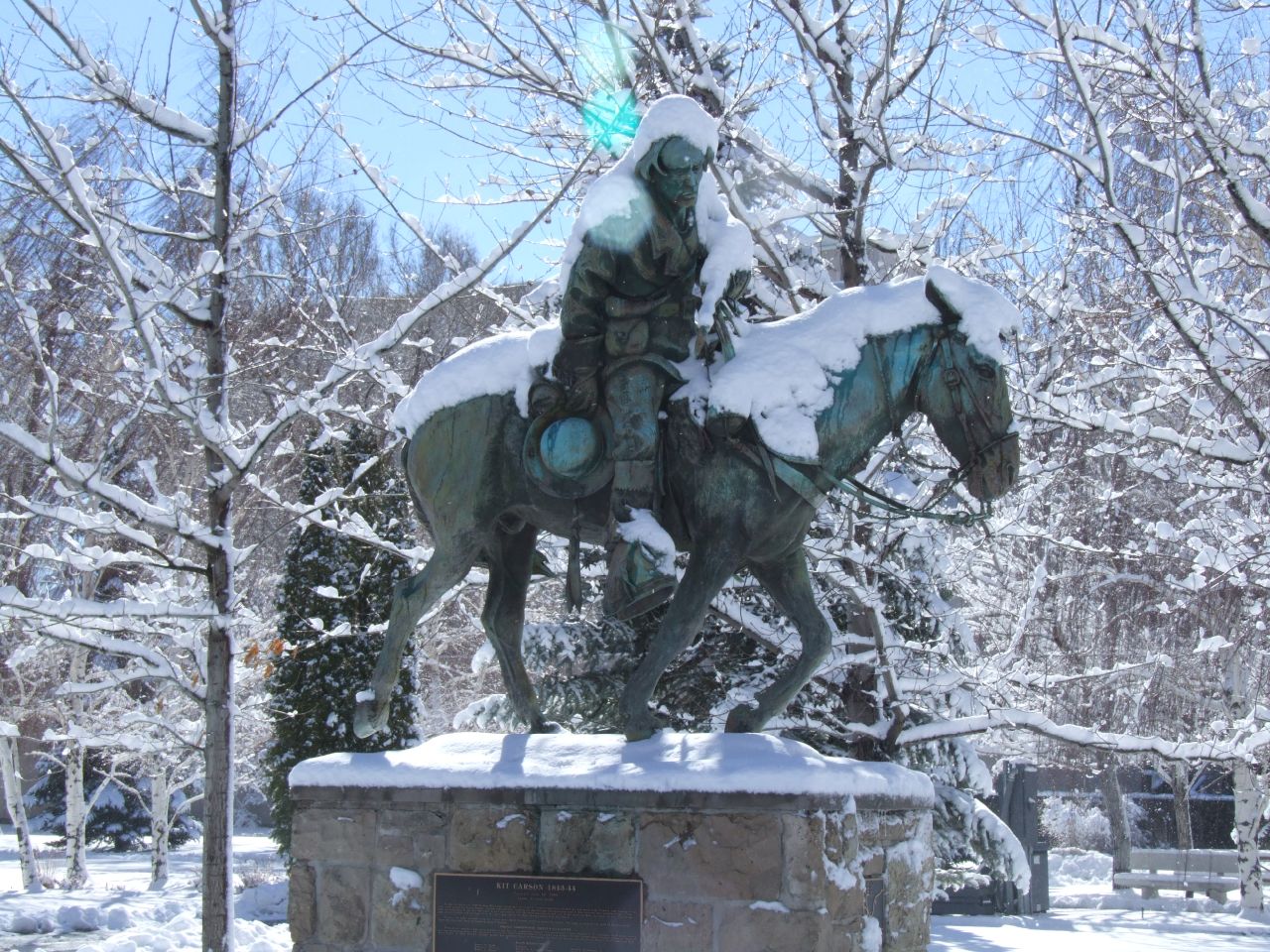 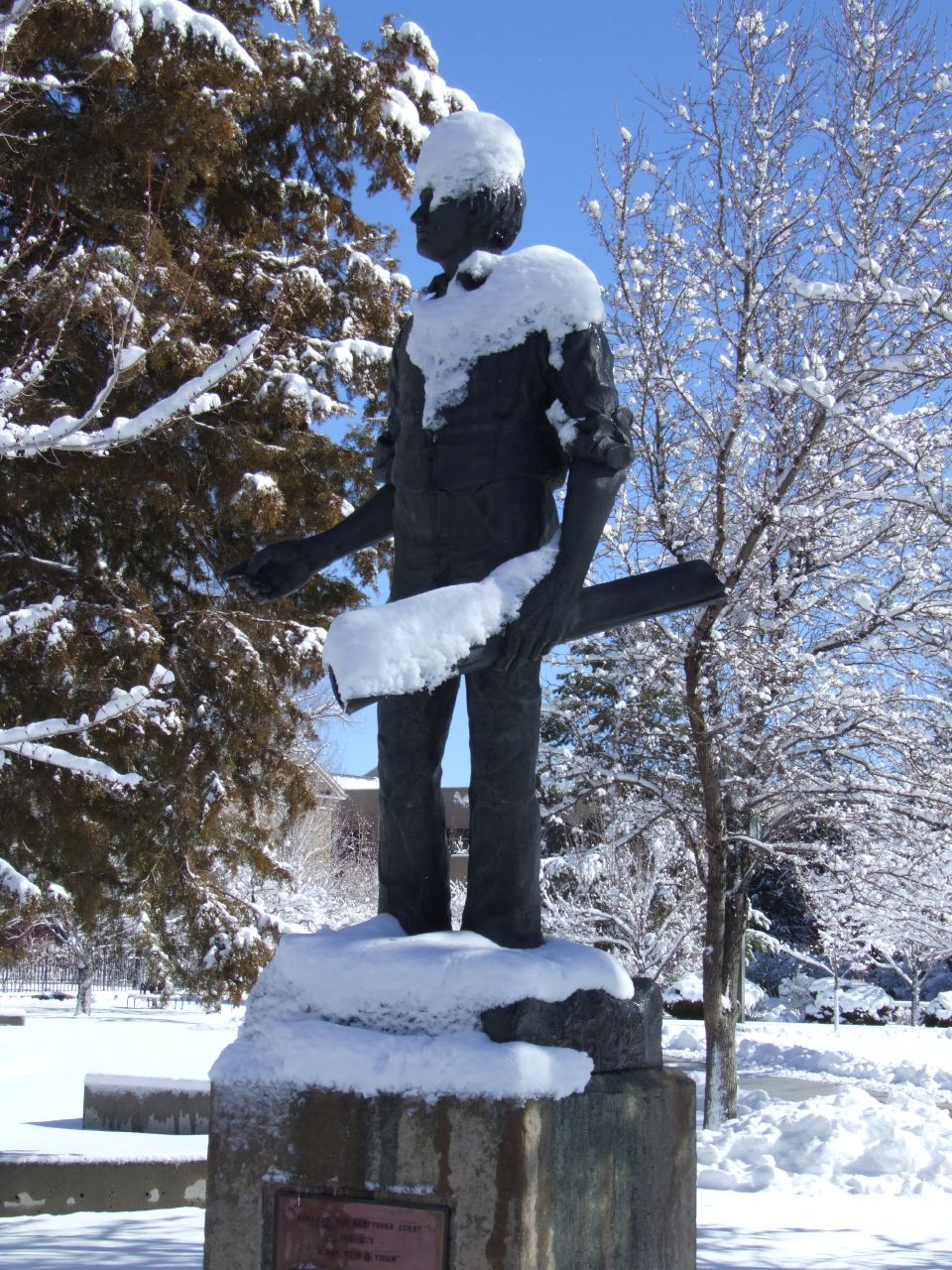 Carson City on the Web