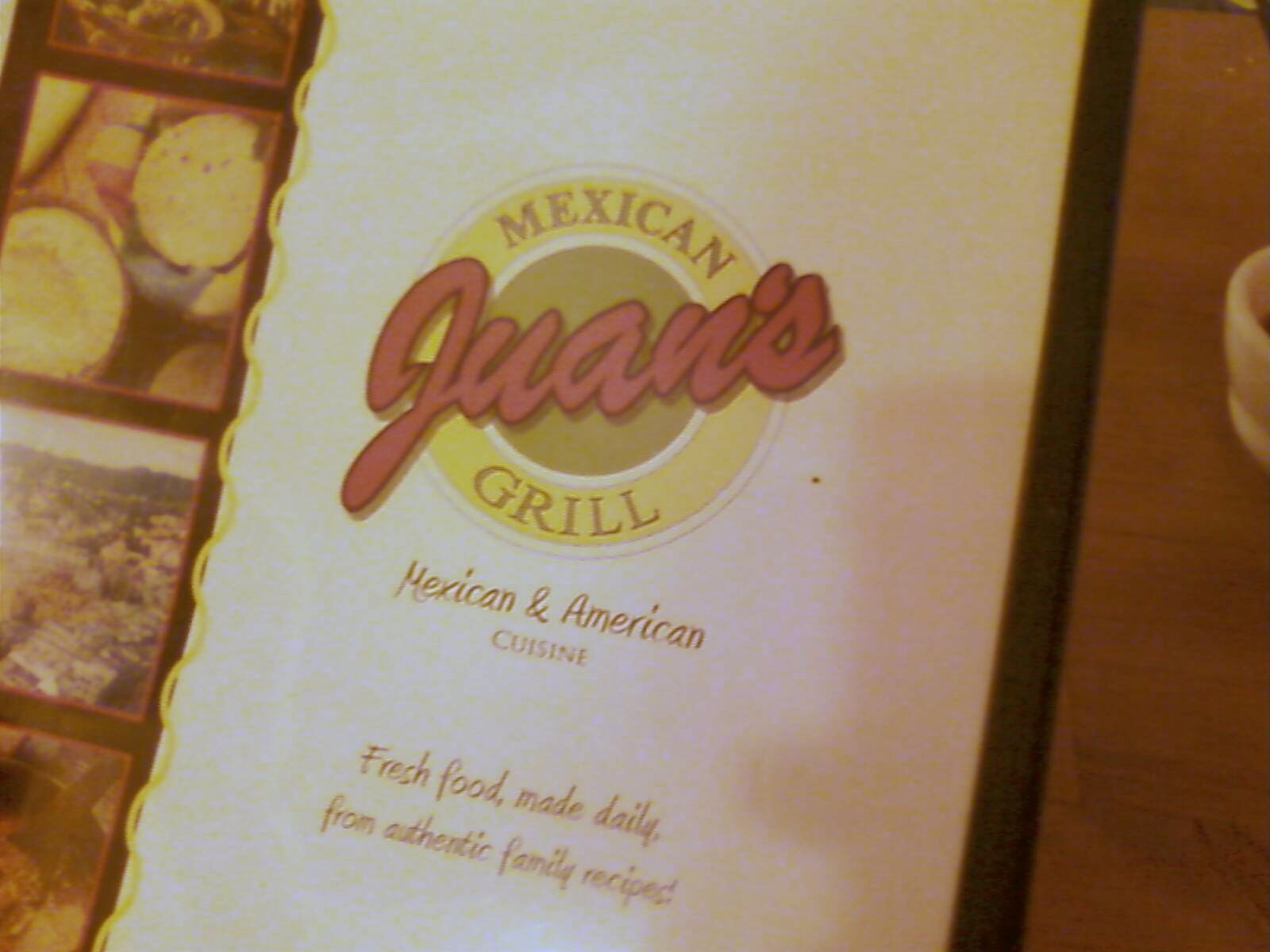 One of my favorite little hidden restaurants downtown has found a new home. Juan’s Kitchen used to be located in the back of Mo and Sluggo’s bar, at the corner of Telegraph and Curry. Right off of Telegraph Square. You never think of bar food as anything more than just something they whip together to keep the drunks happy and fed, but Juan’s not only had good food but also had its own dining room in the back, even with its own entrance off of Curry, so it could be kid friendly. I’d been going there for years, but a little while ago we went and it was closed.

I turns out it wasn’t closed forever, though. It was just moving. Last week it reopened in its new home, the Horseshoe Club casino half a block away. I guess the Horseshoe Club offered them kitchen and dining room space and they snatched it up. We went there for dinner tonight, just to try it out and see if it was still the same. 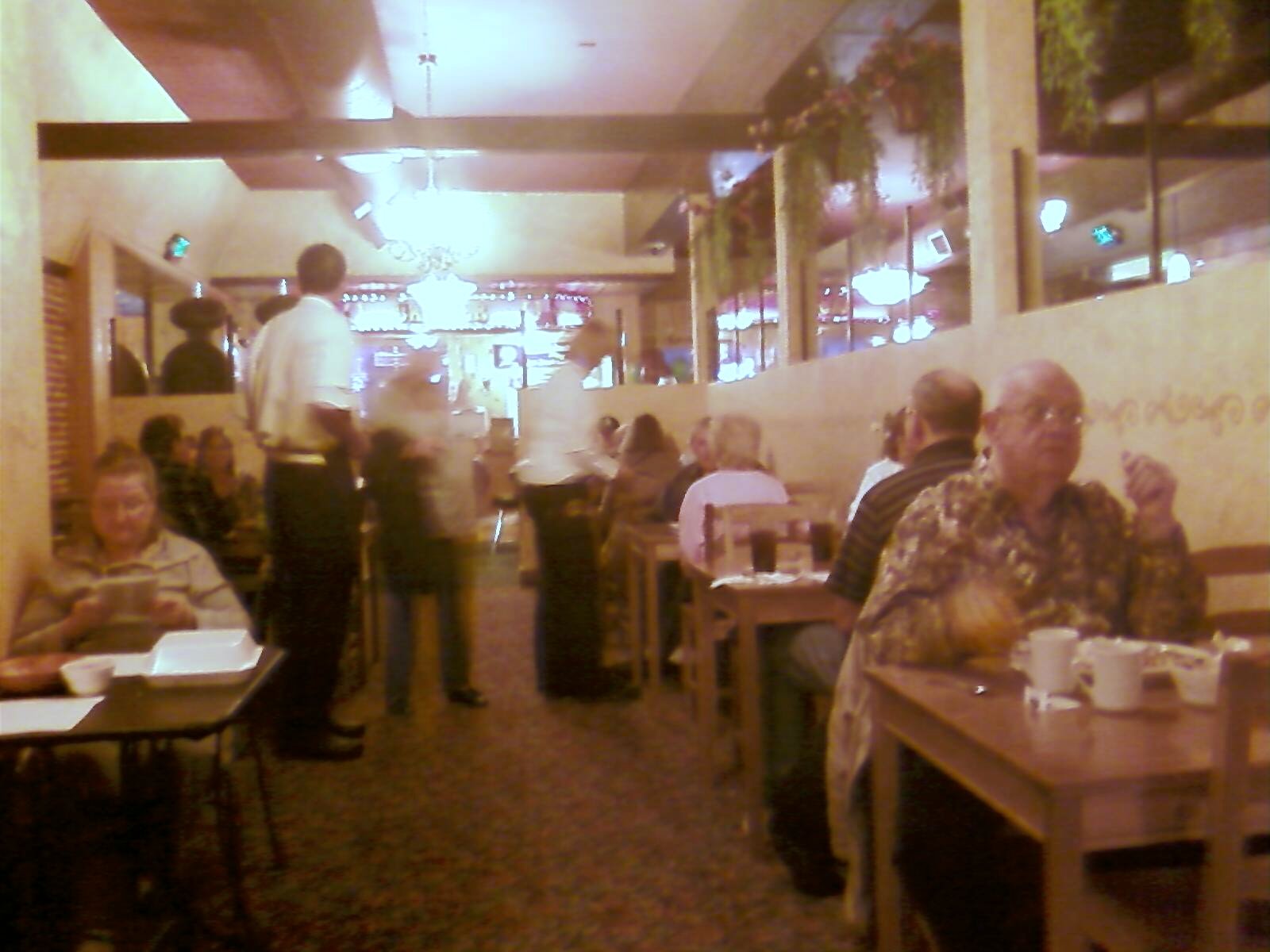 What we found is that it’s the same food, just in a new location. The menu is expanded, but most of the old favorites are still there, like the Super Juan, a big beefy burrito that measures nearly twelve inches long. What’s new is the name; it’s now called Juan’s Mexican Grill. 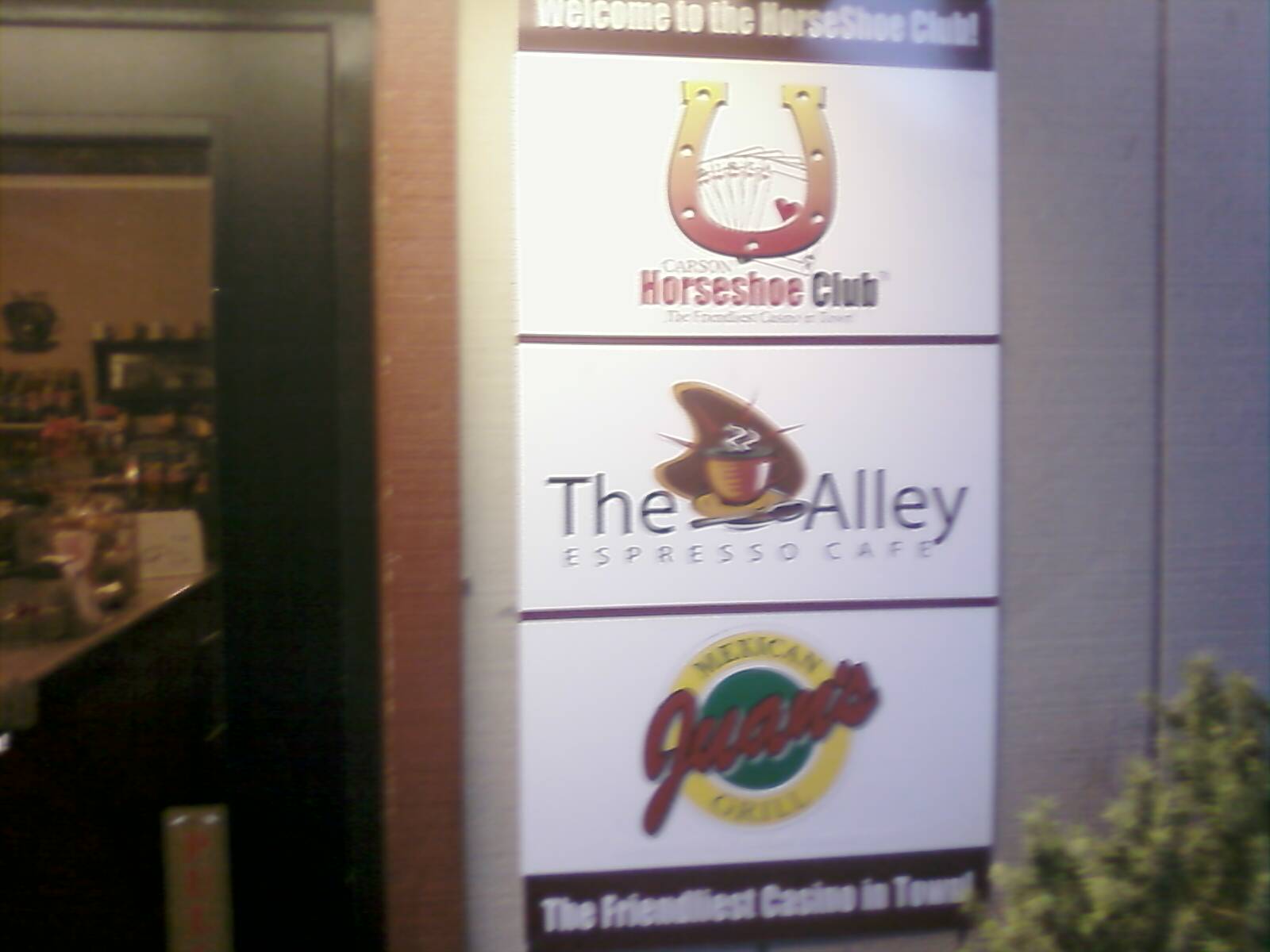 Juan’s and B’Sghetti’s have always been our two favorite restaurants downtown, and now even though it’s in a new location it’s still a favorite. The one downside is that it’s now inside a smoky casino, but they have a good ventilation system that mostly keeps the smoke away from the dining area. And there is a back entrance off The Alley that gets you right to the restaurant without having to walk past rows and rows of slot machines.

If Juan’s has been a favorite of yours, or even if you’ve never been there before, you need to head down to the Horseshoe Club and check it out.