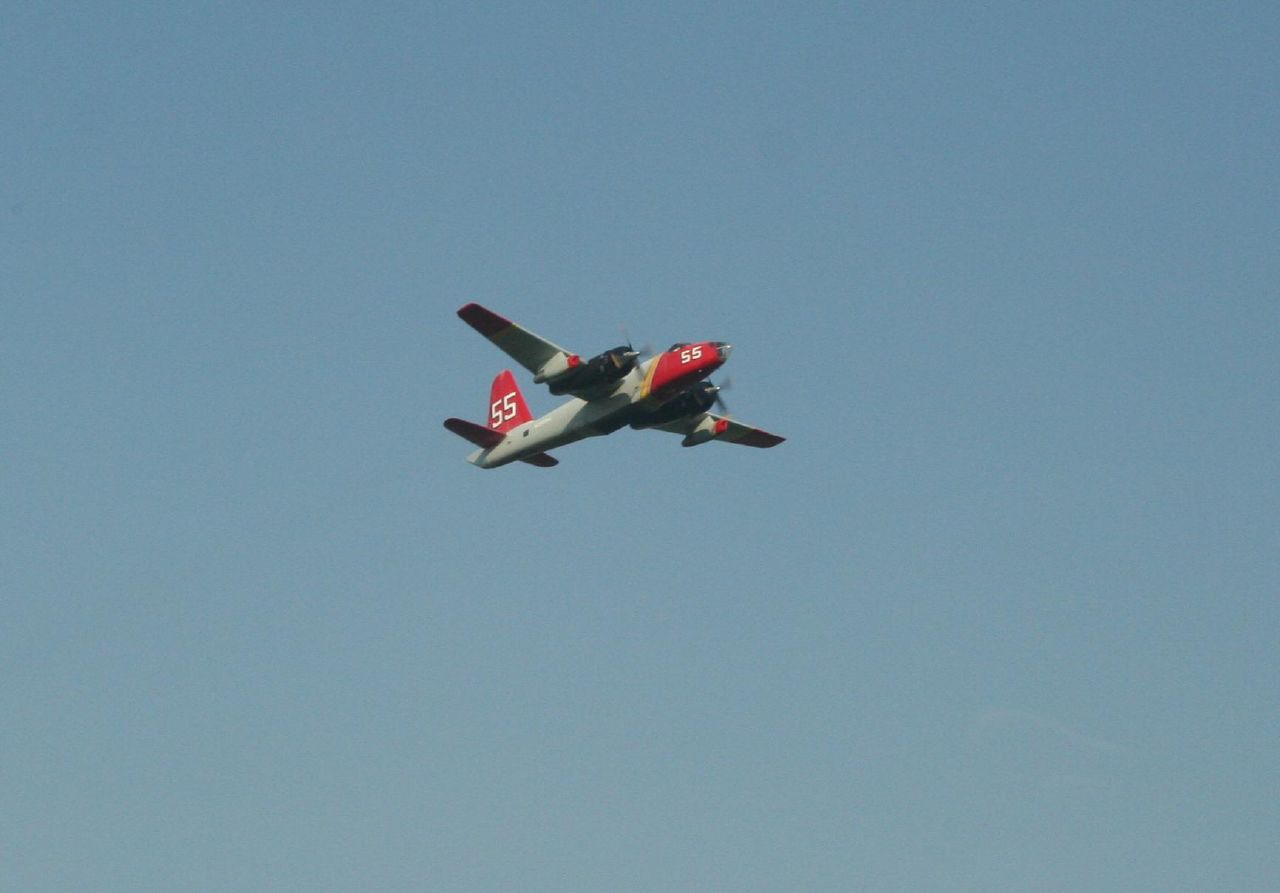 The low drone of heavy air tankers, so common in the Carson Valley in the summer fire season, is now going to be heard a lot less. The BLM has announced that they’ll be pulling their fire-fighting aircraft out of the Minden-Tahoe Airport next summer and relocating them to Stead.

The move will affect business at Minden-Tahoe Airport, where the heavy tankers would purchase fuel and pay landing fees.

Tim Christy of Minden Air pointed out that some fuel vendors relied on the tankers during fire season.

Struble said that the smaller tankers might purchase fuel at the airport, but that their support includes fuel, in case they’re stationed at an airport without fuel for sale.

Coverage also on News Carson City, and a FAQ at the Record Courier.