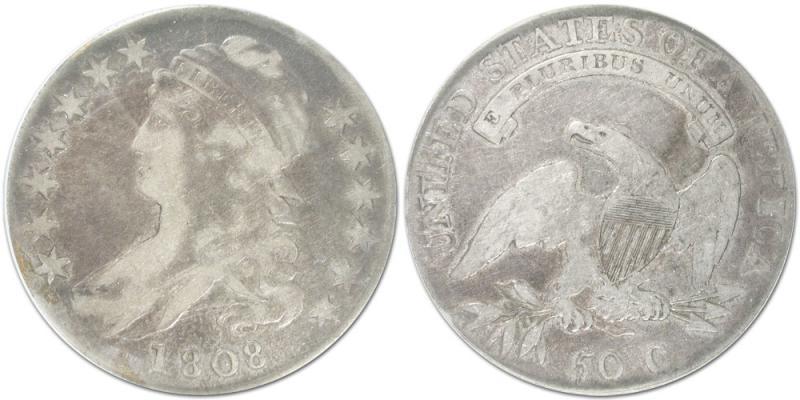 Southgate Coins, in Reno, Nevada, is giving away a 200-year-old U.S. half dollar to one lucky kid who answers correctly six questions related to the year 1808. This giveaway, according to Southgate spokesperson Amy Williams, is designed to introduce a younger generation to coin collecting and to spark an interest in history.

The lucky child whose entry is chosen in a random drawing will receive what numismatists call an 1808 “Capped Bust” half dollar, minted in Philadelphia nine years after George Washington died. “Coins are surviving witnesses of the past,” says Williams, and “Southgate Coins is proud to promote the hobby of coin collecting, as well as the history surrounding the coins to the youth in our area.”

Southgate Coins will award the free 1808 half dollar, valued at $150, to the child (twelve years and under) whose entry, with the correct answers, is selected in the drawing on August 5, 2008.

Rules of the giveaway are:

A. Entrants must be twelve years of age or under and live in the Reno/Carson City area.
B. Entries must be mailed or dropped off to Southgate Coins no later than July 25, 2008, at Southgate Coins, 5032 S. Virginia St., Reno, NV 89502
C. No purchase necessary to enter.
D. The following six questions must be answered correctly:

E. Each entry must include the child’s name, age, address, and telephone number. Only one entry per child please.
F. The winning entry will be selected on August 5, 2008, and the winning entrant will be called to come and pick-up the 200-year-old half dollar at Southgate Coins, located in Reno, Nevada.

“We’re hoping that this giveaway promotion generates lots of interest in the hobby among our area’s youth,” states Williams, and “that many of them discover that coin collecting can be as fun (or even more fun) than skateboarding and Xbox 360s.”

Questions regarding this special community service event should be directed to Amy Williams at Southgate Coins (775) 322-4455, or email at mariesgate@sbcglobal.net.