Sometimes there’s nothing you can do with an old house except tear it down. Carson City has had its share of tear-downs. This house, for example, which was just too old and too decrepit to survive, was torn down to build a two-story duplex on the site. 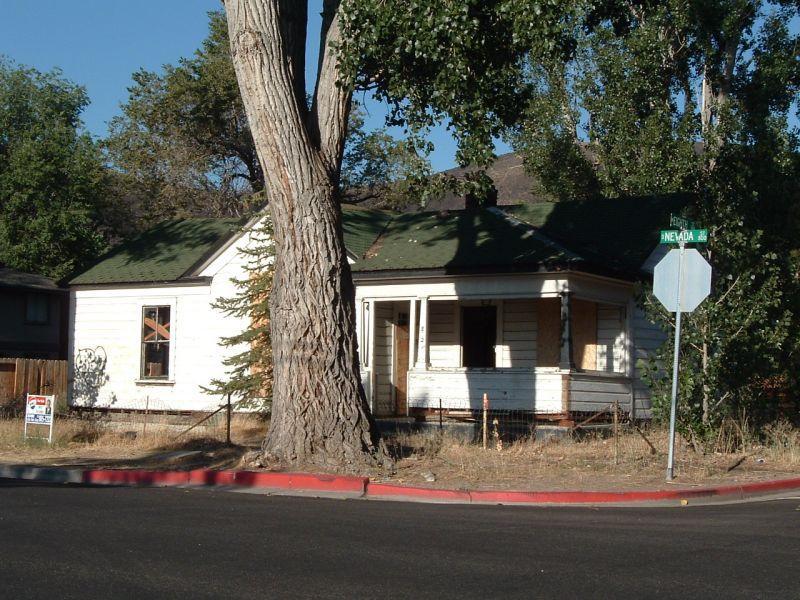 Other cities have varying degrees of tolerance for old buildings. In Las Vegas, for example, anything over ten years old is fair game for the wrecking ball. Other cities have historic districts where old houses are maintained and kept up. And in a place like Virginia City, the whole town is a historic district, and nothing is torn down without careful consideration by the whole community.

That’s why it’s so rare for a demolition to be scheduled in Virginia City. But sometimes the house is just too old, and there’s nothing you can do. When the frame is disintegrating and the roof is collapsing, it’s the only choice. And that’s the case with the Sargent House, at 284 South D Street, across from the Mackay mansion. 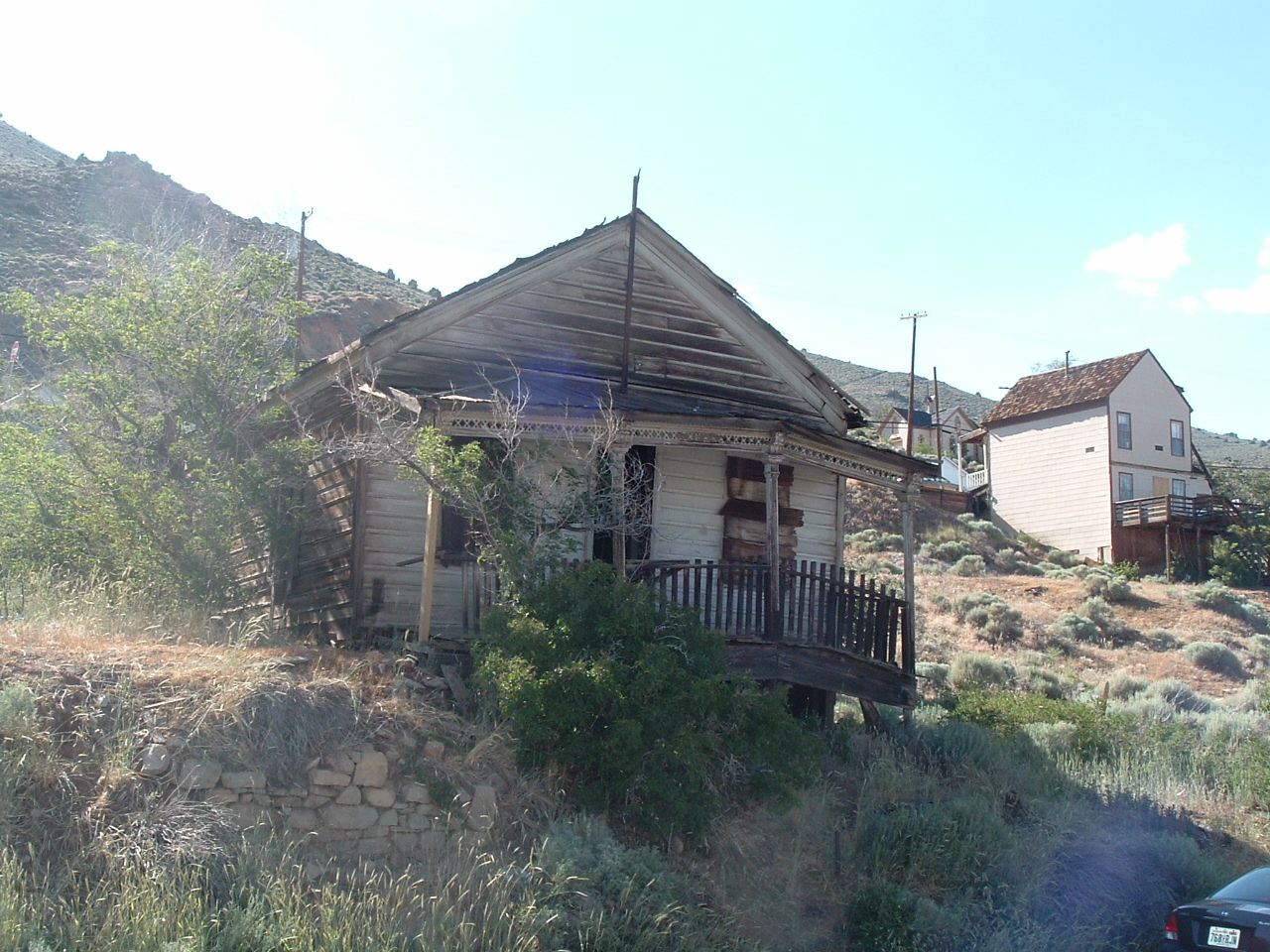 It’s a very photogenic house. The way it leans, the way the porch droops, the weathered boards and overgrown brush. It’s like it was specially built to have people take pictures of it. Others have noticed too, like here and here. But the structure is falling apart. The roof has collapsed, the walls are disintegrating, and the owner fears that someone’s going to try to explore inside and have the whole thing cave in on them. So they went in front of the Comstock Historic District board to get it torn down, and the board yesterday gave its approval.

It’s one of only four or five houses that have been demolished in the last decade. Usually up there they try to save the houses if at all possible, even if it takes decades to find someone to restore it. That’s what happened with the B Street Bed & Breakfast, which was empty forever until Carolyn and Chris Eichin came along to fix it up. But there’s no one to save the Sargent House, and even if there were it’s not even possible anymore. It’s too fragile now. So it’s time for it to go.

The history of the house is not really known. They think it predates the Great Fire of 1875, but they’re not really sure. Their guess is that it was built in the 1860s or 1870, but there’s no way to tell. The last residents of the house were the Sargent family, hence the name. They moved out in the 1950s and the house has been empty ever since. There’s a story in the article about how the father, Jake Sargent, tore down the house next door for firewood and found money hidden in all the walls. And the boy who grew up in the house, Ross Sargent, is not only still alive, he’s already read the article and added a comment to it.

Demolition isn’t going to be for another four or five weeks. First they’re going to go through and salvage any boards or decorative trim that’s still good. And then there will be one more empty lot on the Comstock, one more house from the old days gone.