Last weekend we found ourselves in northwest Carson City, and completely by accident we stumbled across the Planetary Walkway. This path connects Western Nevada College with the Jack C. Davis Observatory, located a ways up the hill. And all along the path are sandstone sculptures of the Sun, the nine planets, and other solar system bodies. 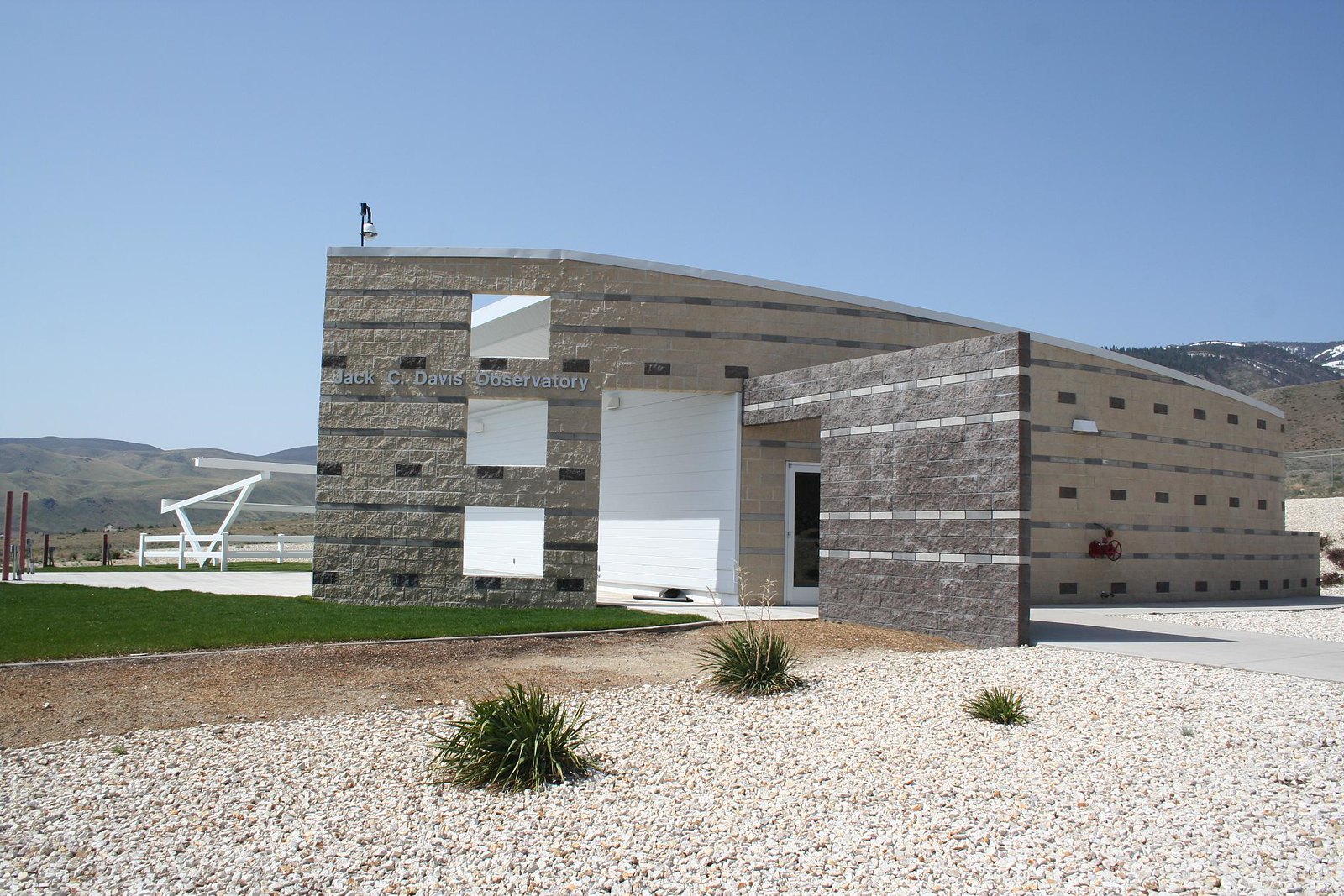 At the top of the hill is the Jack C. Davis Observatory. This observatory was opened in 2003, and during construction they decided that the trail that connected the observatory to the main college campus needed some kind of decoration. They conceived of the Planetary Walkway as a way to create some interest along the path, and also as a way to raise funds for the observatory. Sponsorships were sold for each of the planets, and plaques engraved with the donors’ names. 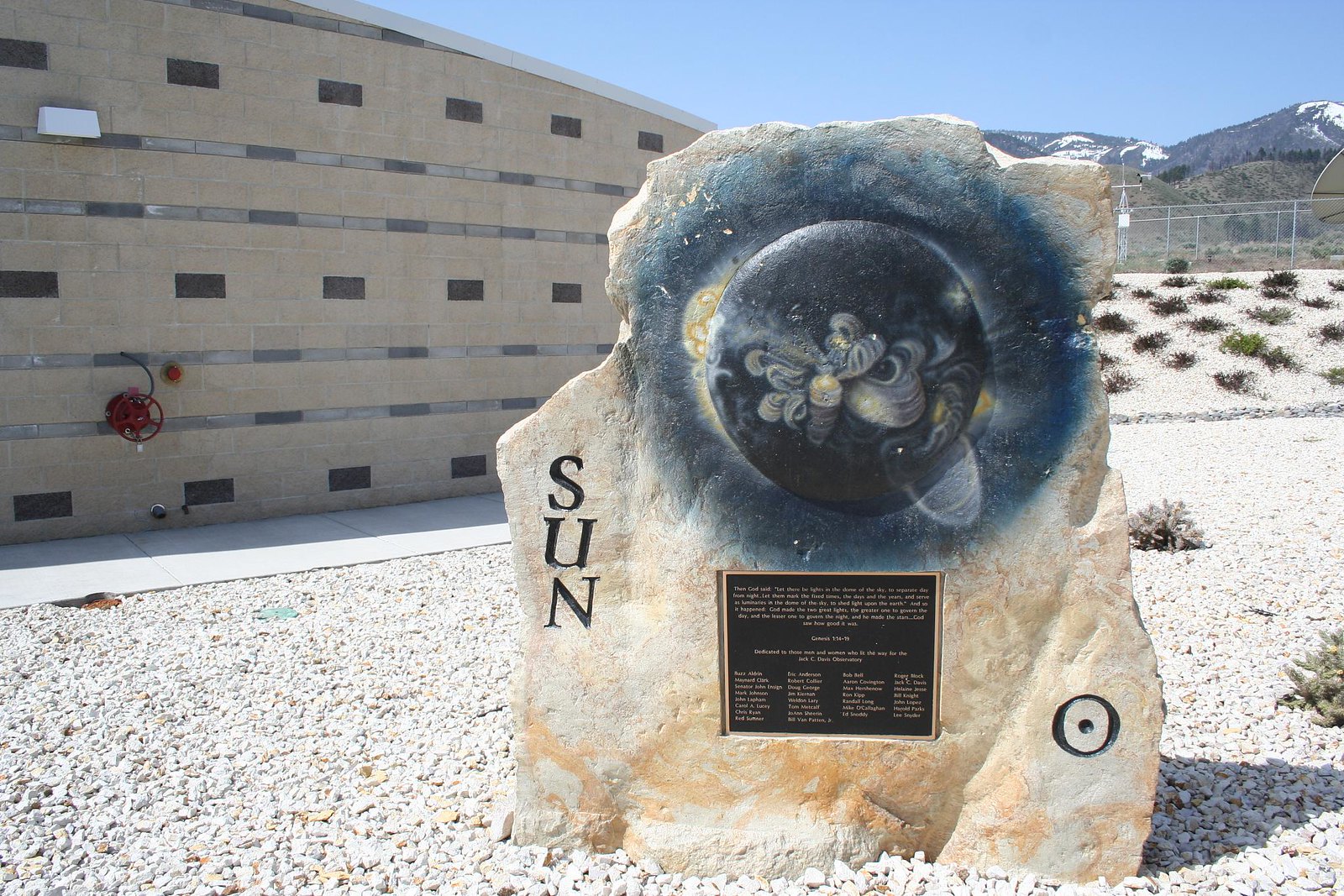 The first sculpture of course is of the Sun, right at the front door of the observatory. This plaque is “Dedicated to those men and women who lit the way for the Jack C. Davis Observatory.” 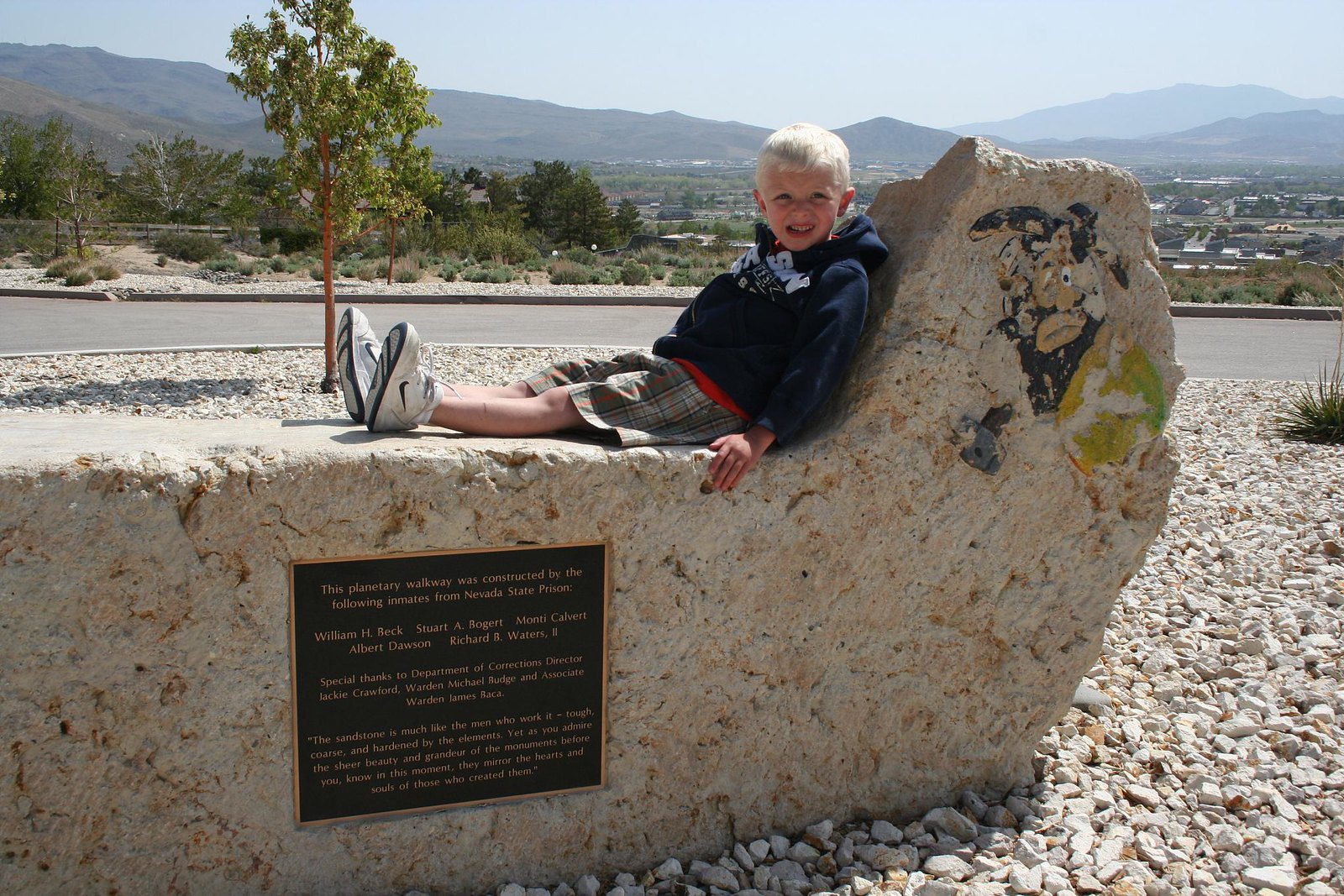 This plaque gives thanks to the prison laborers that sculpted the monuments. Each block was carved out of sandstone from the prison’s quarry, the same blocks the Capitol was made of. 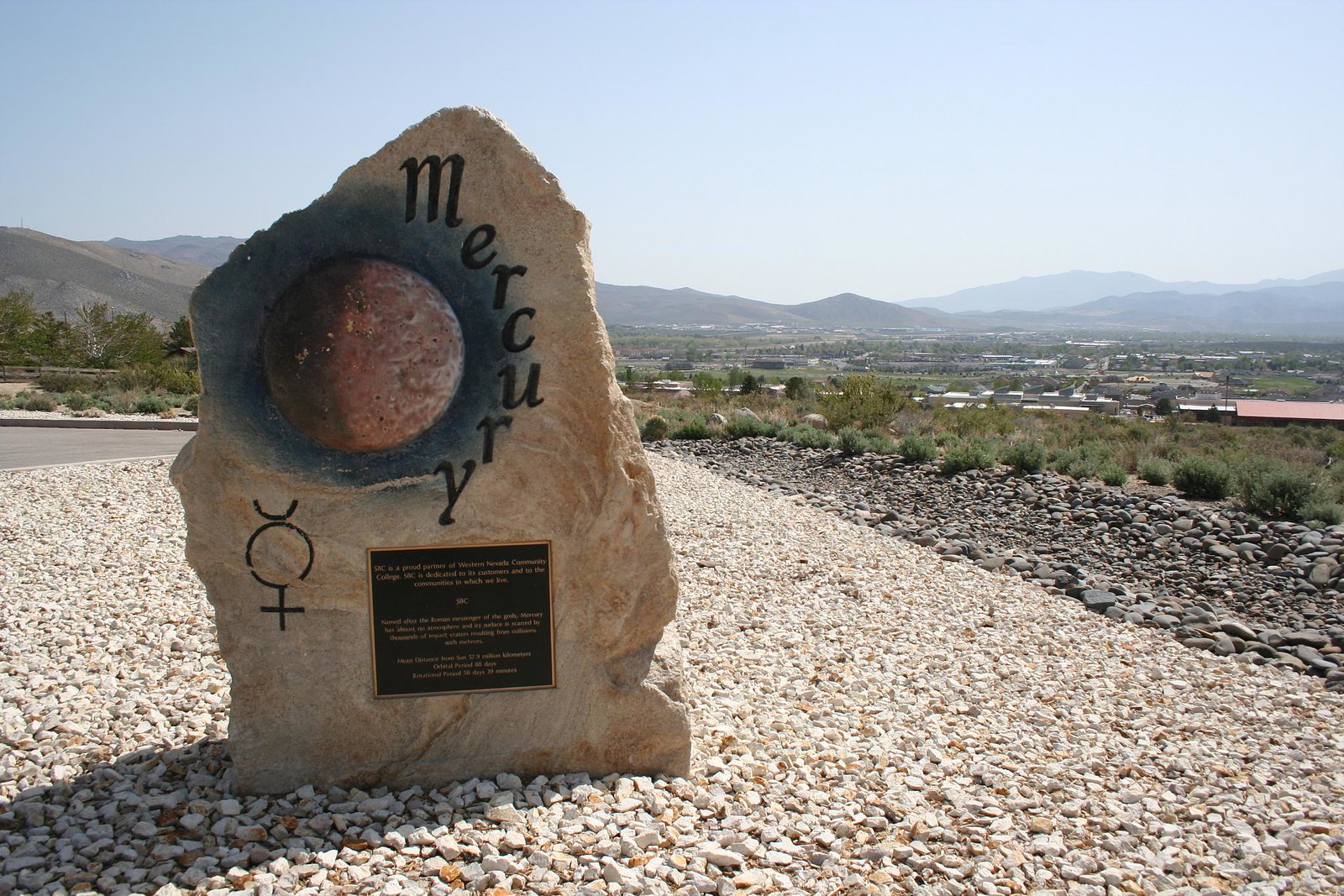 The first of the planets you come to is Mercury. This sculpture is still on the observatory’s grounds. The plaque is sponsored by SBC (now AT&T). 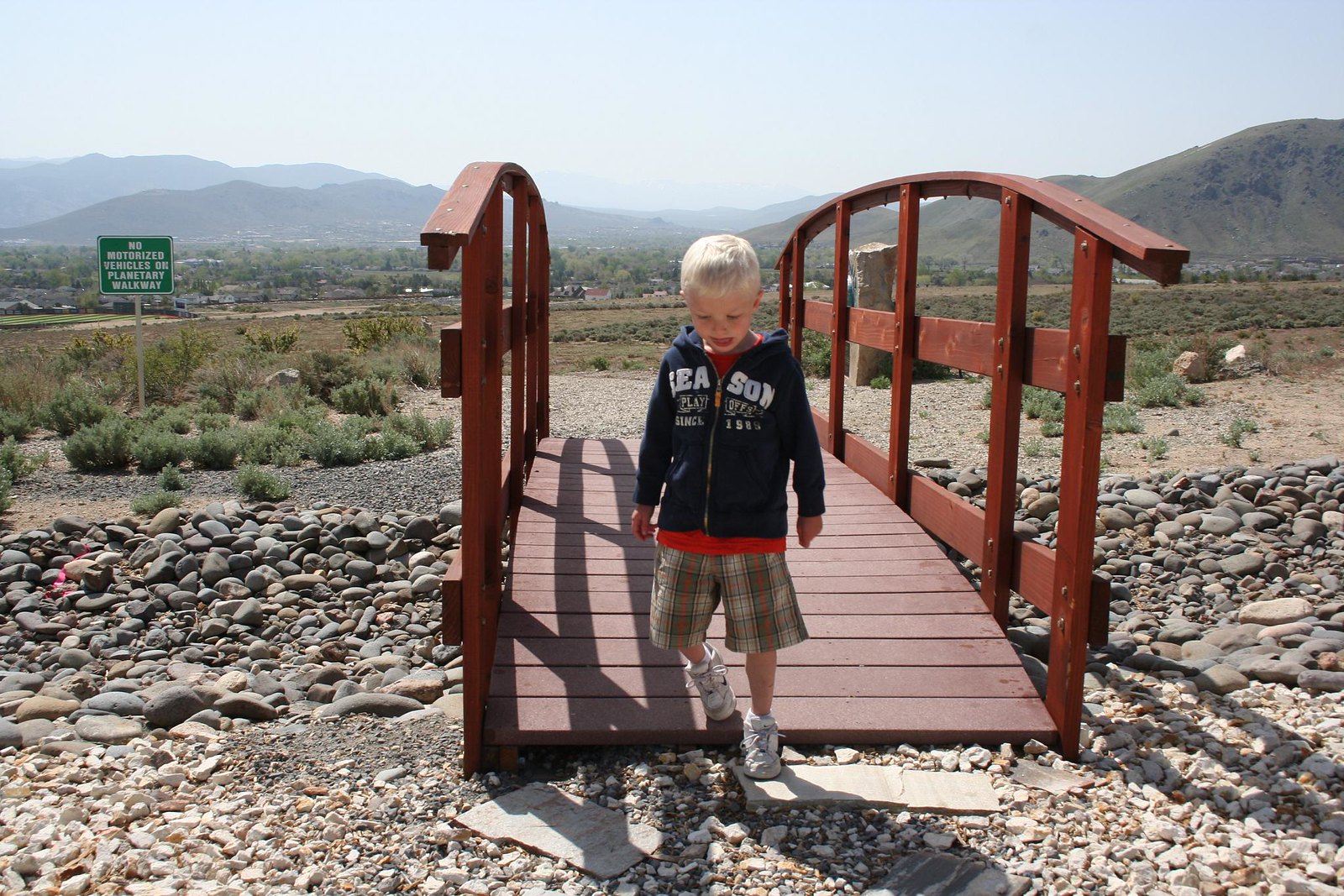 This bridge over a small stone wash marks the start of the walkway. 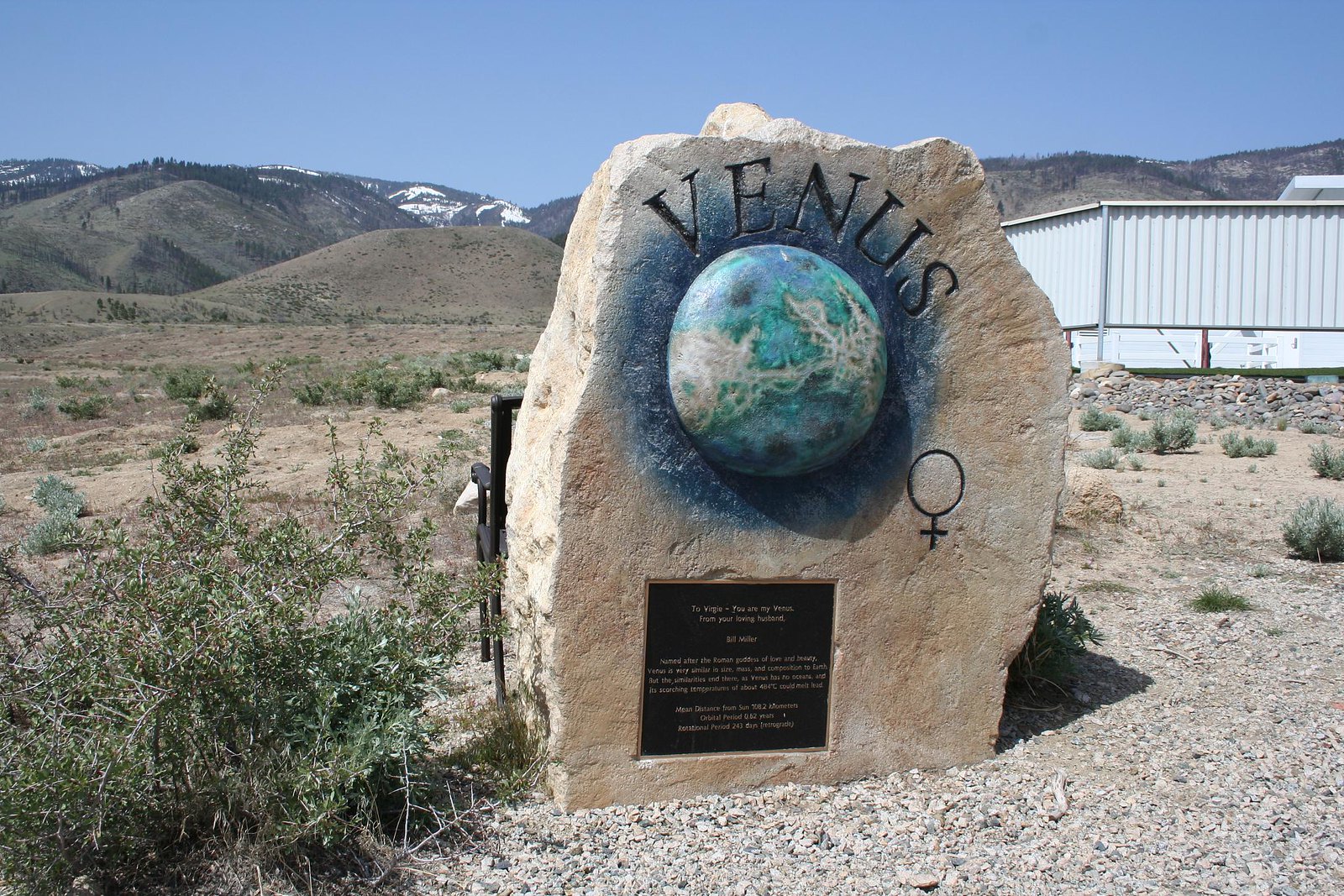 Just past the bridge is Venus. Some of these monuments are four to five feet tall. 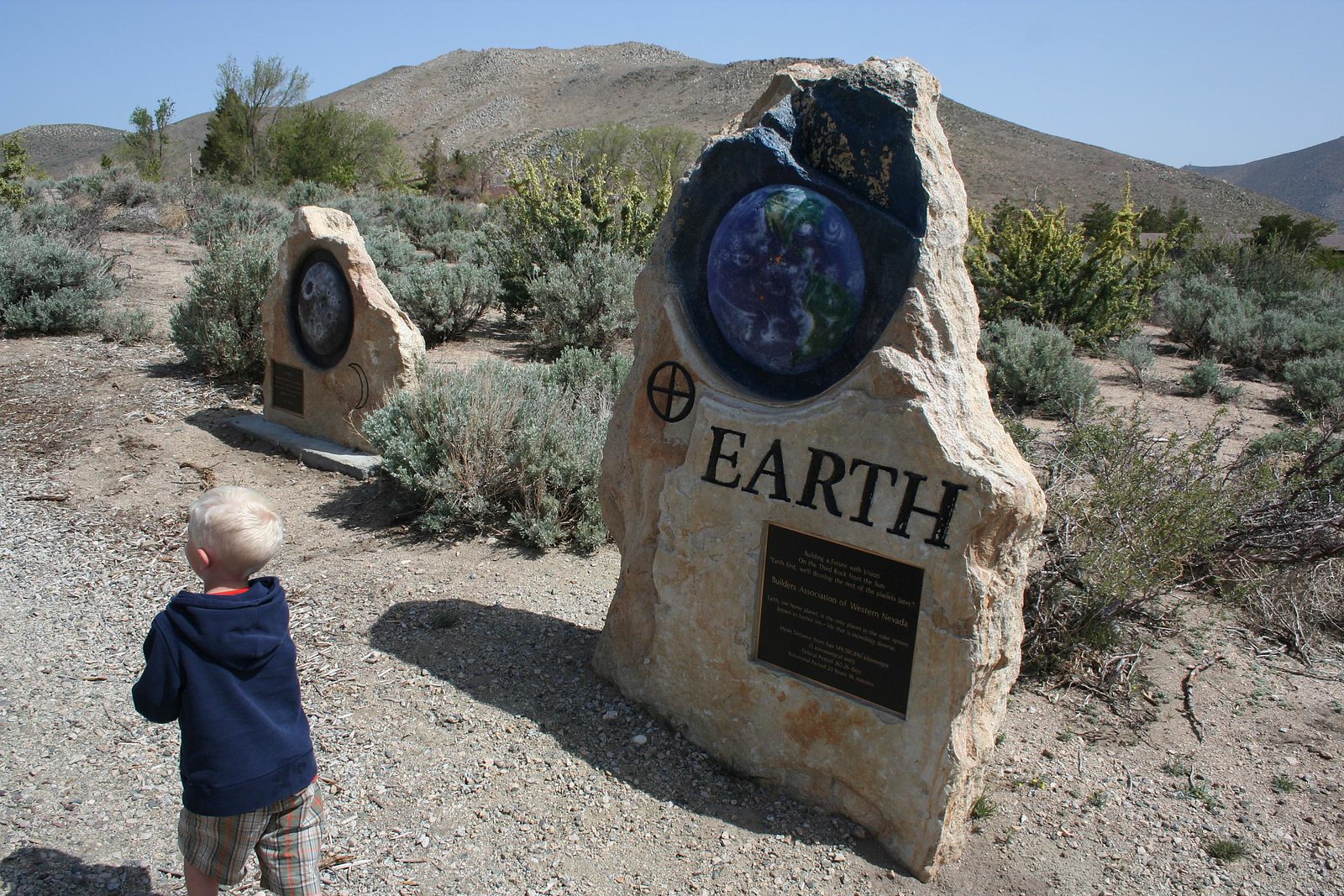 The Earth and Moon sit next to each other, on separate monuments. 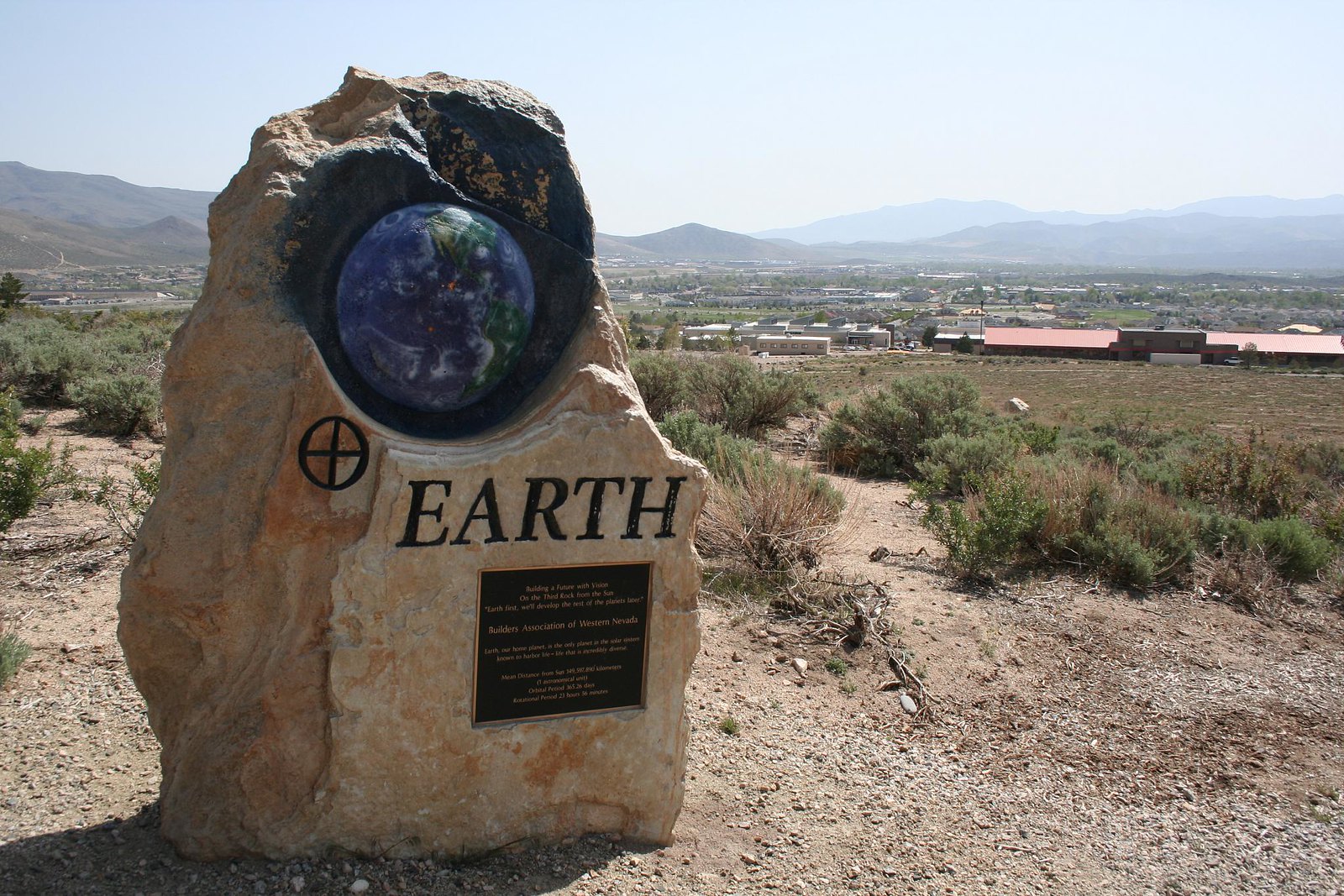 The Earth has a great view of Carson City here along the ridge. The sculptures are specially painted to be weather and graffiti-resistant. 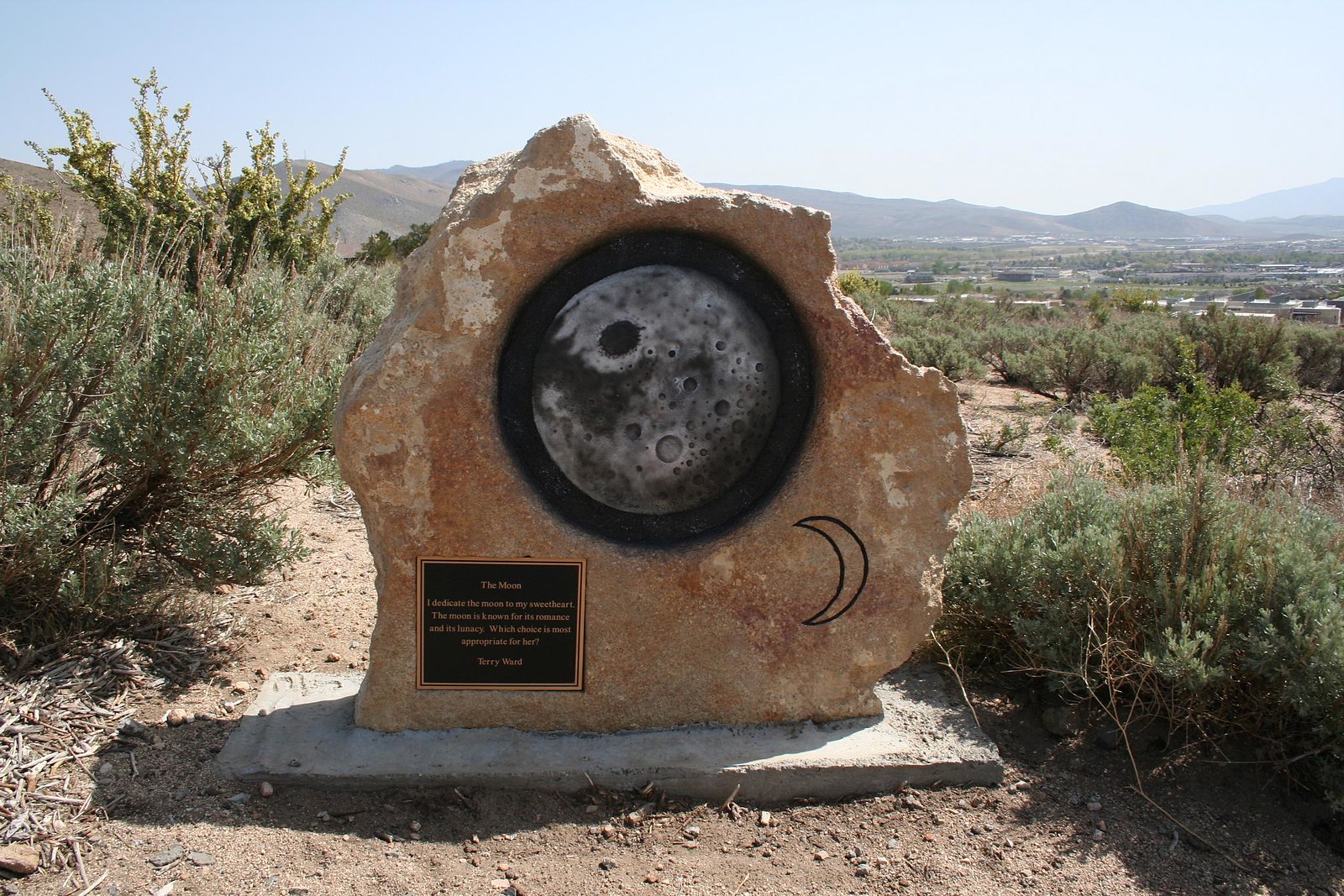 The moon sits on a small monument. The plaque says, “I dedicate the moon to my sweetheart. The moon is known for its romance and its lunacy. Which choice is most appropriate for her?” 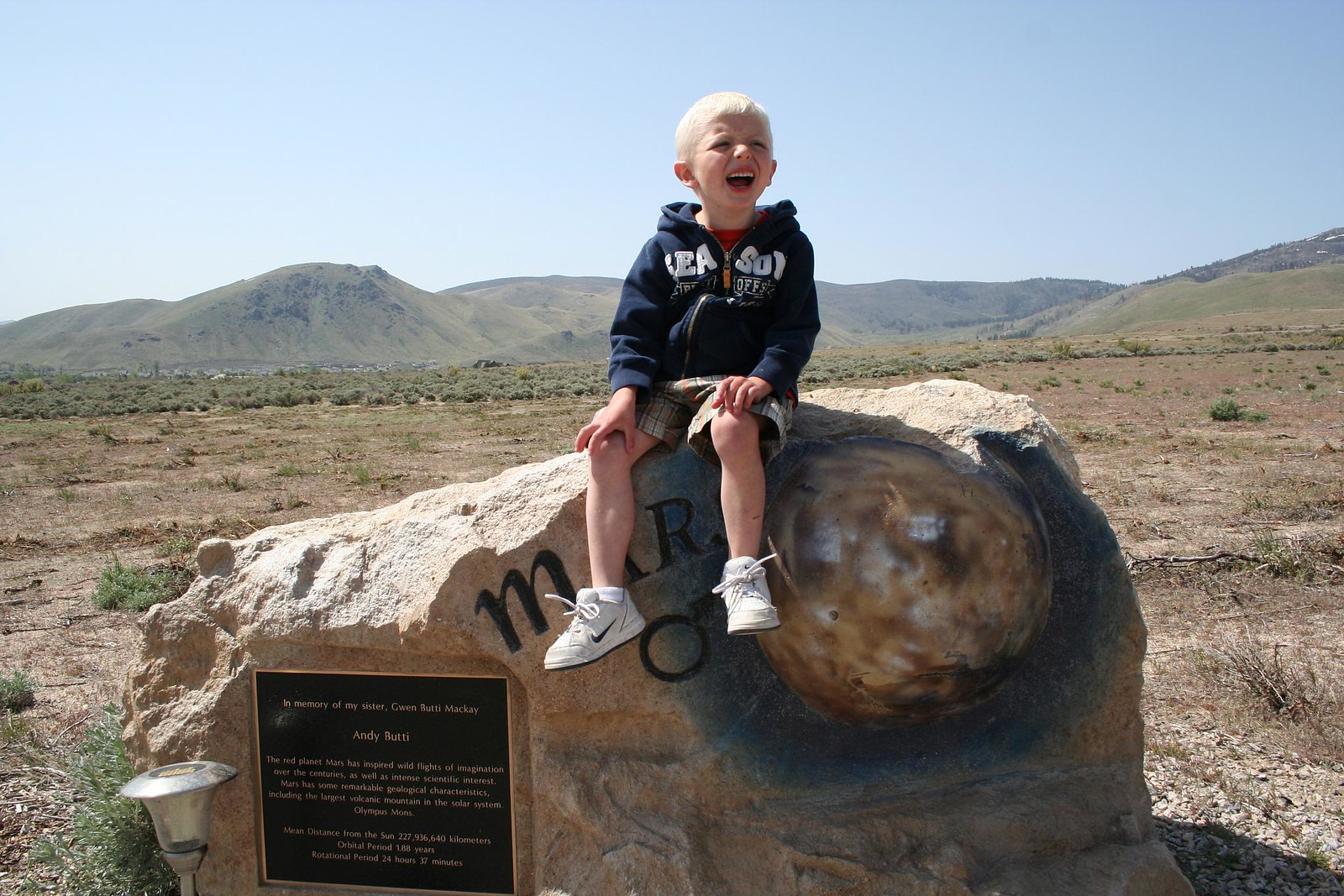 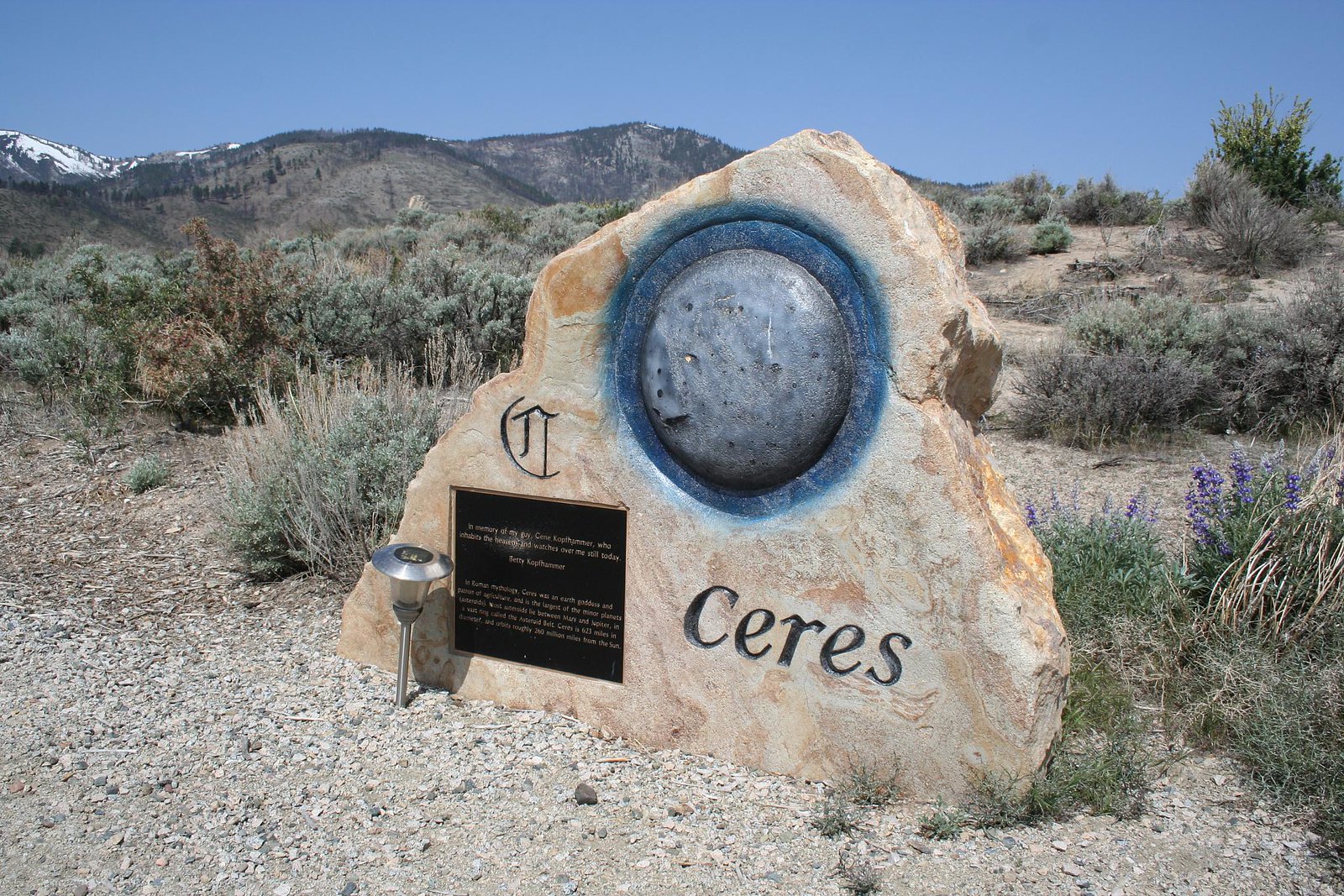 Interest in the sponsorships was greater than they anticipated, so they decided to build more sculptures than just the sun and the nine planets. This here is Ceres, the largest of the asteroids. A few years after the walkway was built, Ceres was upgraded to a “dwarf planet”, so its inclusion in the walkway was kind of prescient. 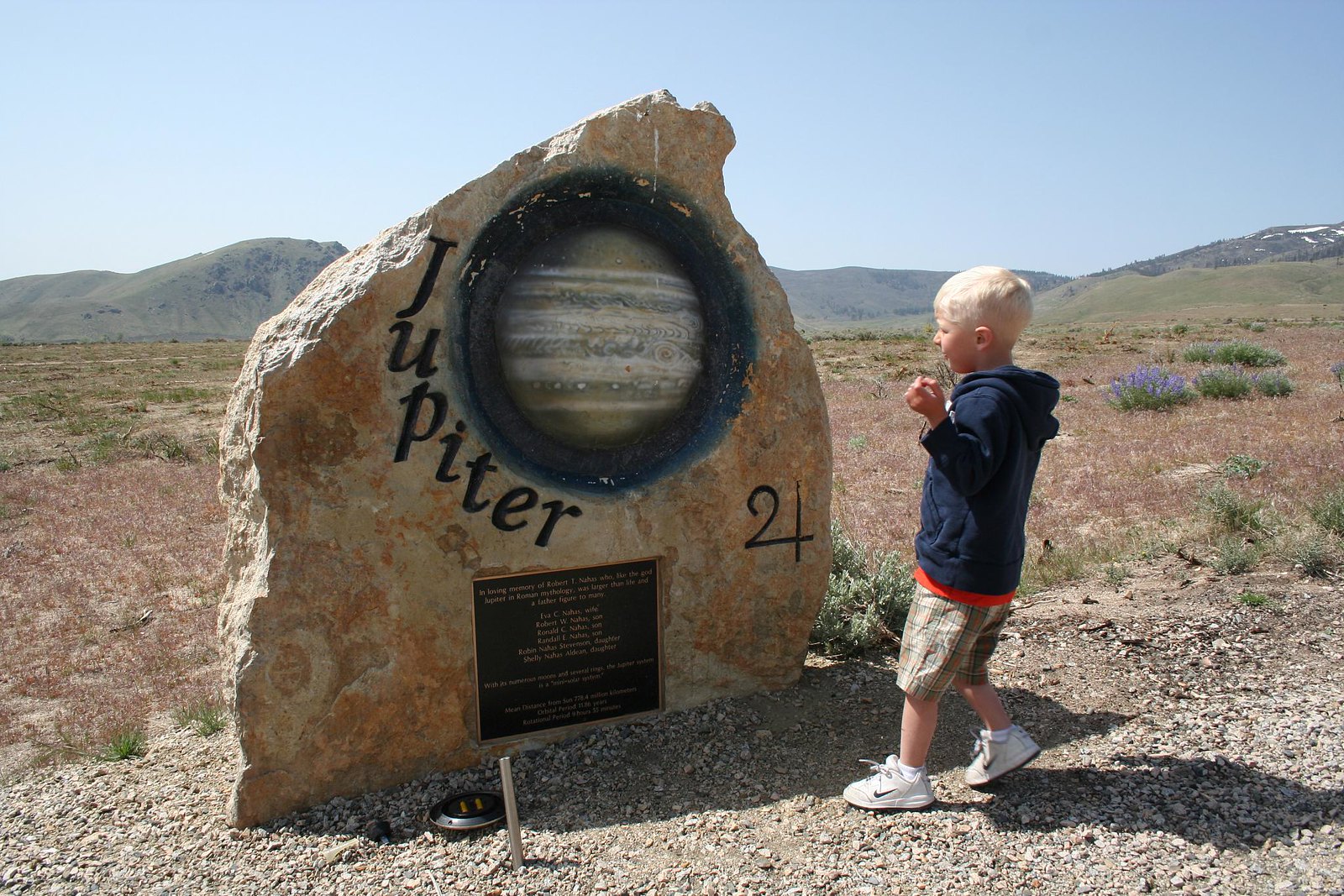 Jupiter is the largest of the planets, but here on the walkway they’re all the same size. The plaque is dedicated to the memory of Robert T. Nahas. 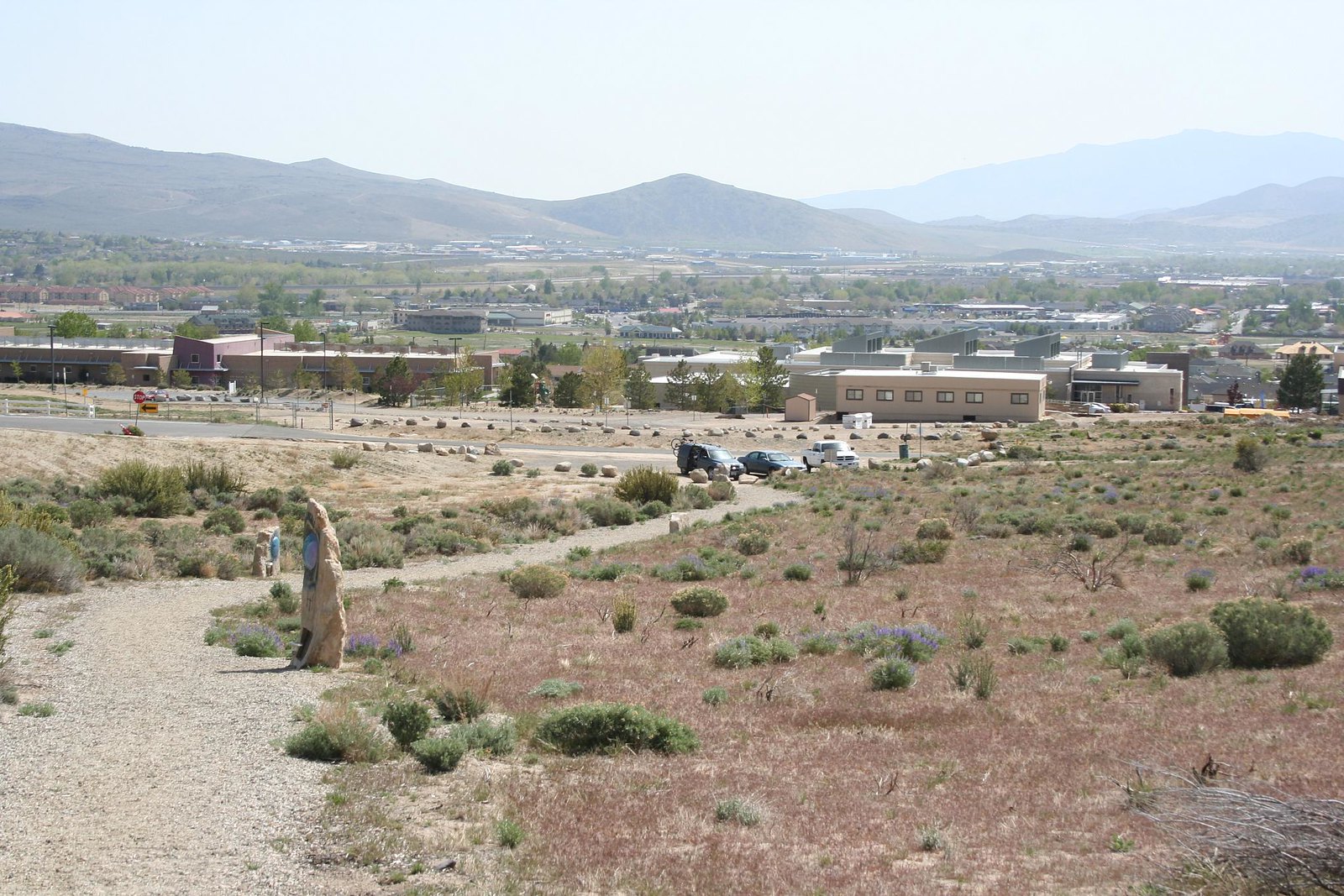 The walkway winds down to a small parking area at Murphy Drive, then continues on the other side to WNC’s main campus. 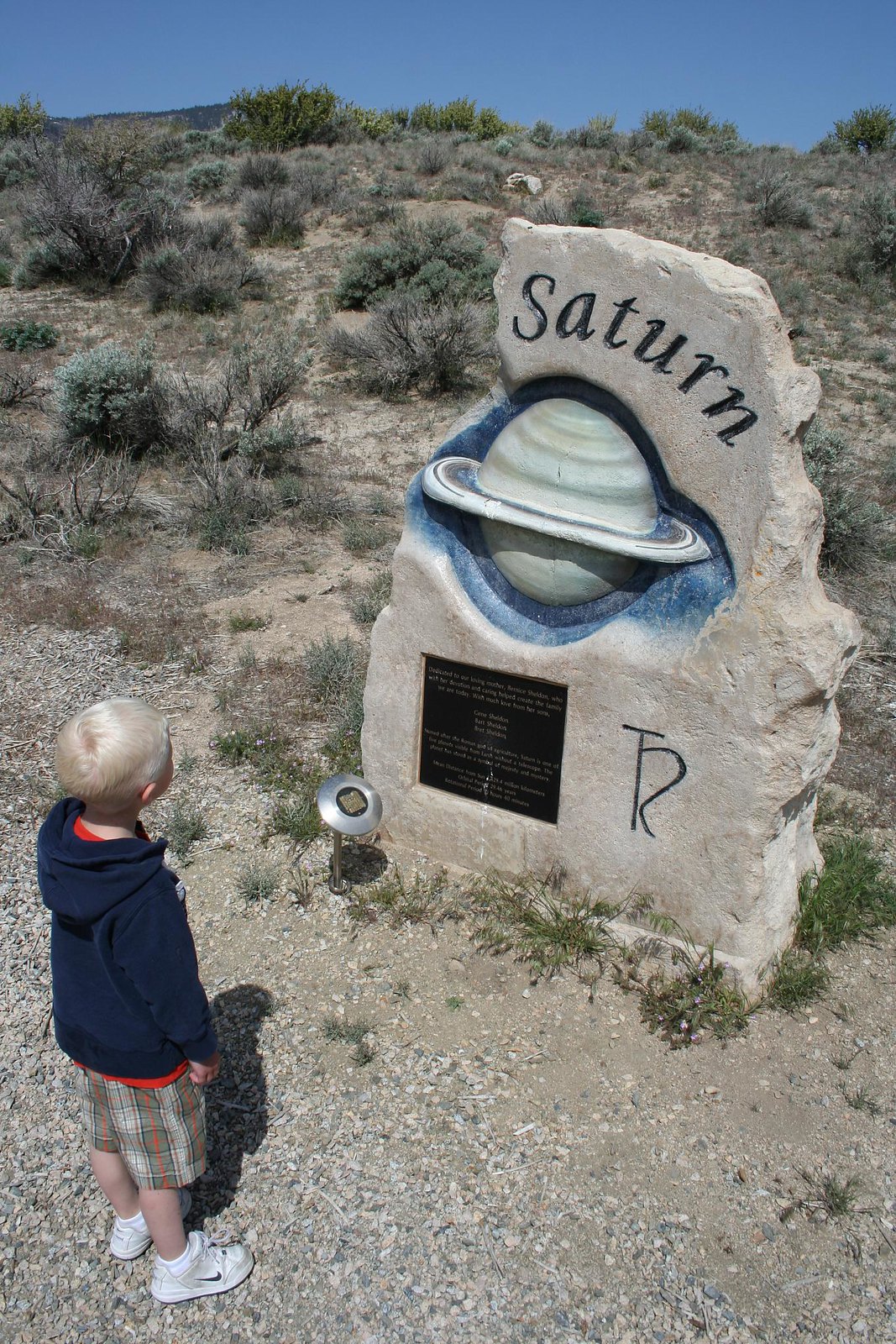 Saturn’s rings stand out in this sculpture, dedicated to the memory of Bernice Sheldon. 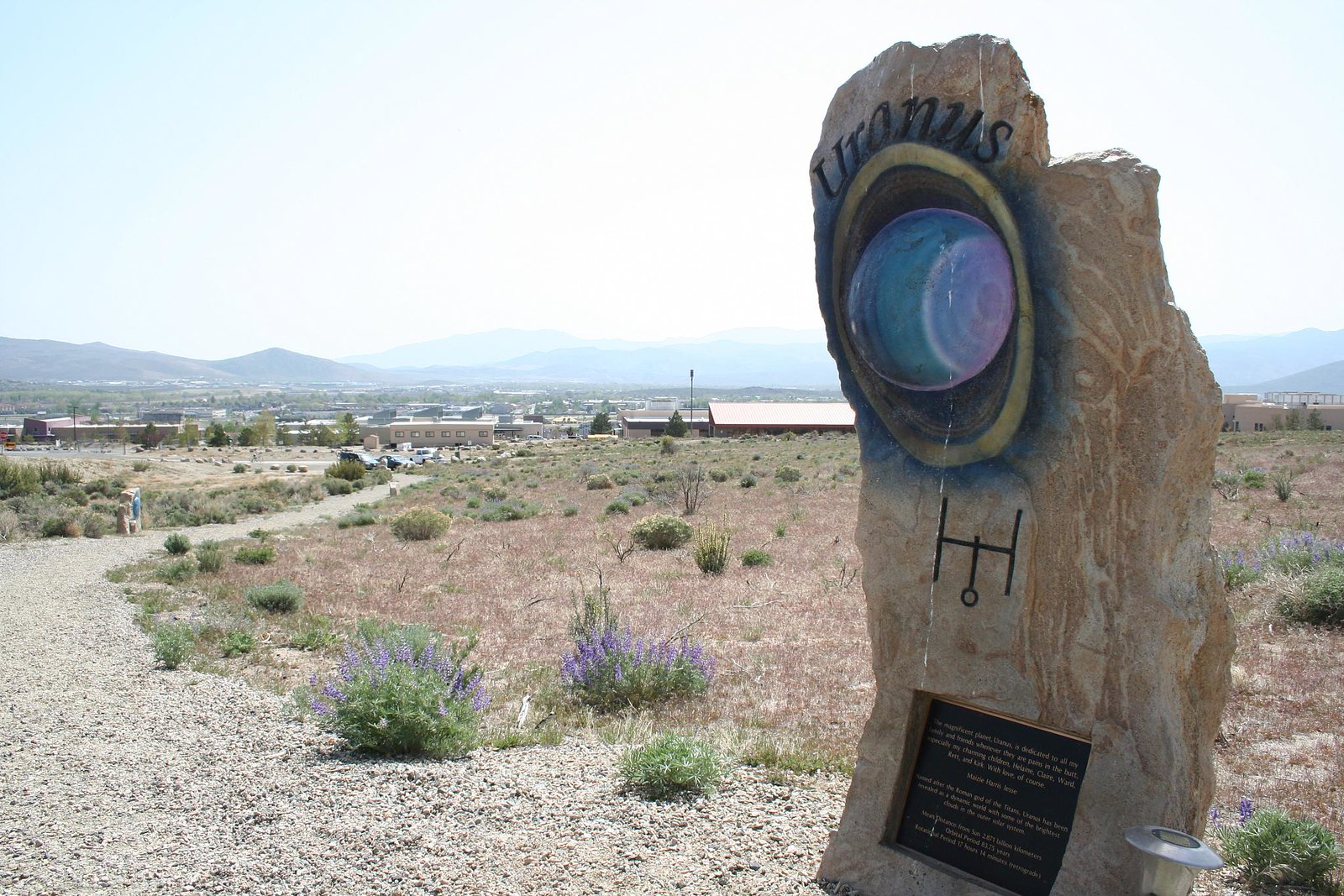 Uranus is carved into this slender finger of stone, with vertical rings to suggest the wild tilt of the planet. 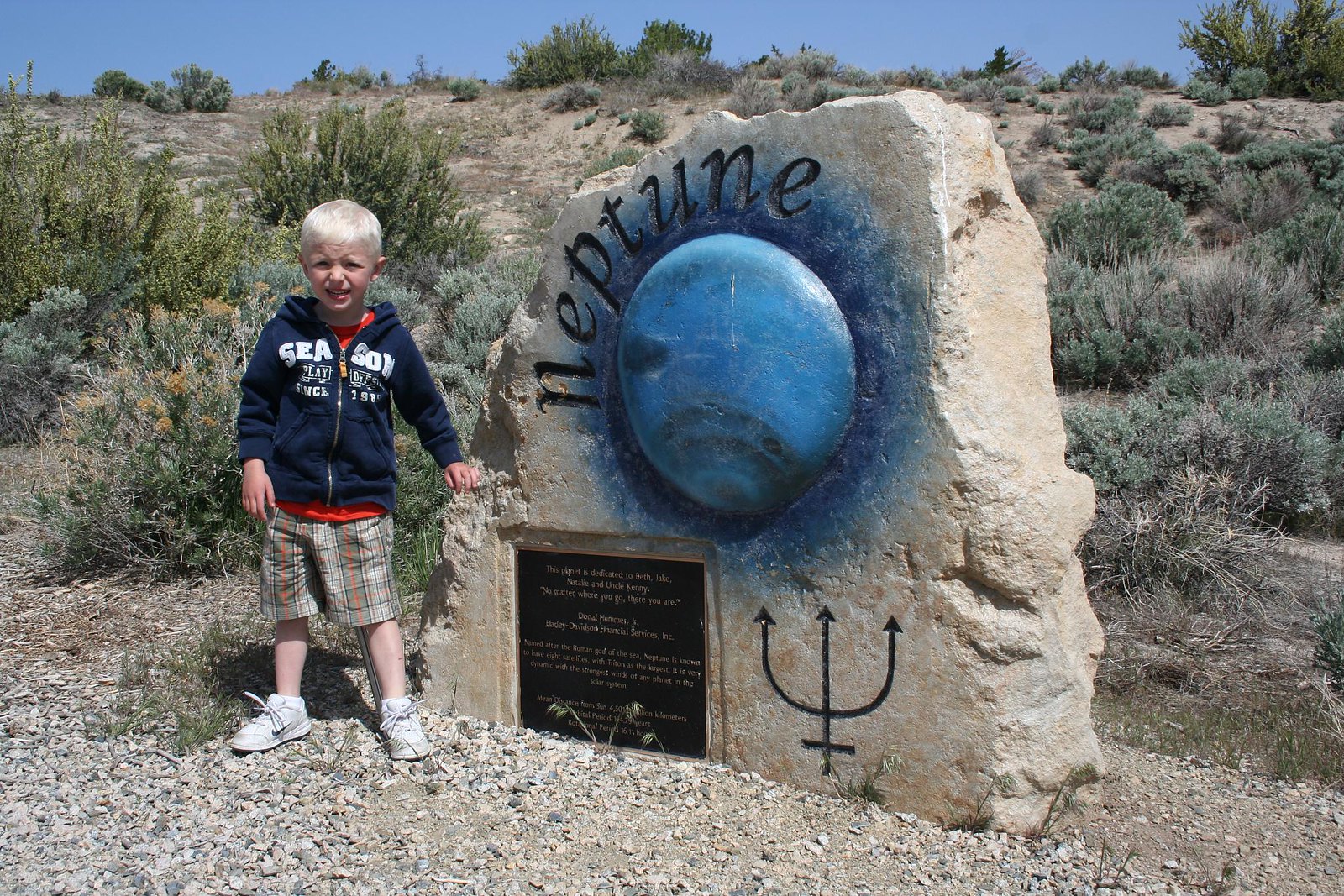 Neptune is painted a bright blue. Each of the monuments is also carved with the astrological symbol of the planet. The symbol for Neptune here is a trident, an allusion to the weapon carried by the planet’s namesake, the Roman god of the sea. 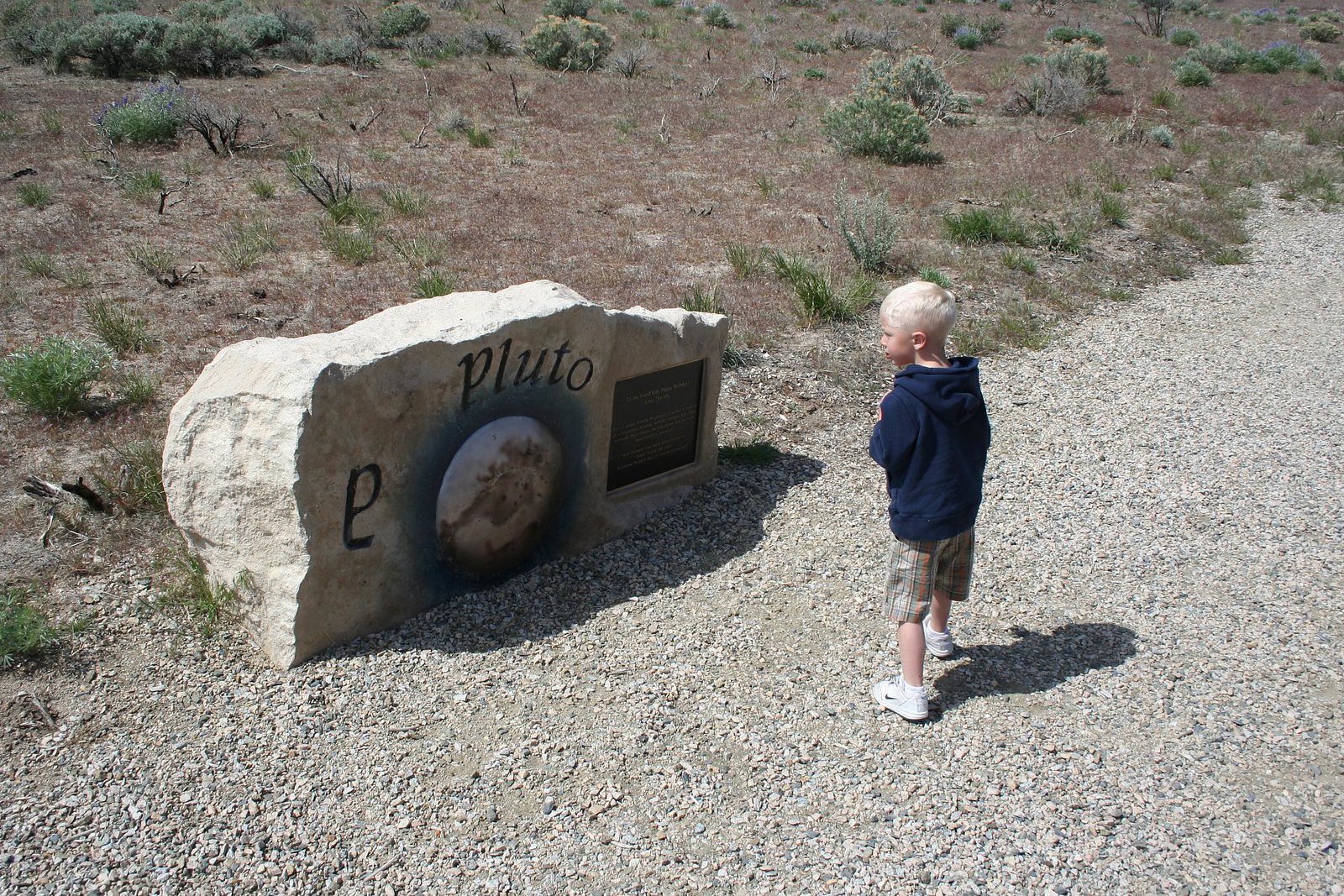 Pluto is set into a low stone near the bottom of the trail. A few years after this was built, Pluto was demoted from being a true planet to being a “dwarf” planet, joining Ceres in that distinction. The plaque notes that this planet is a birthday present to Rob, from Dorothy. 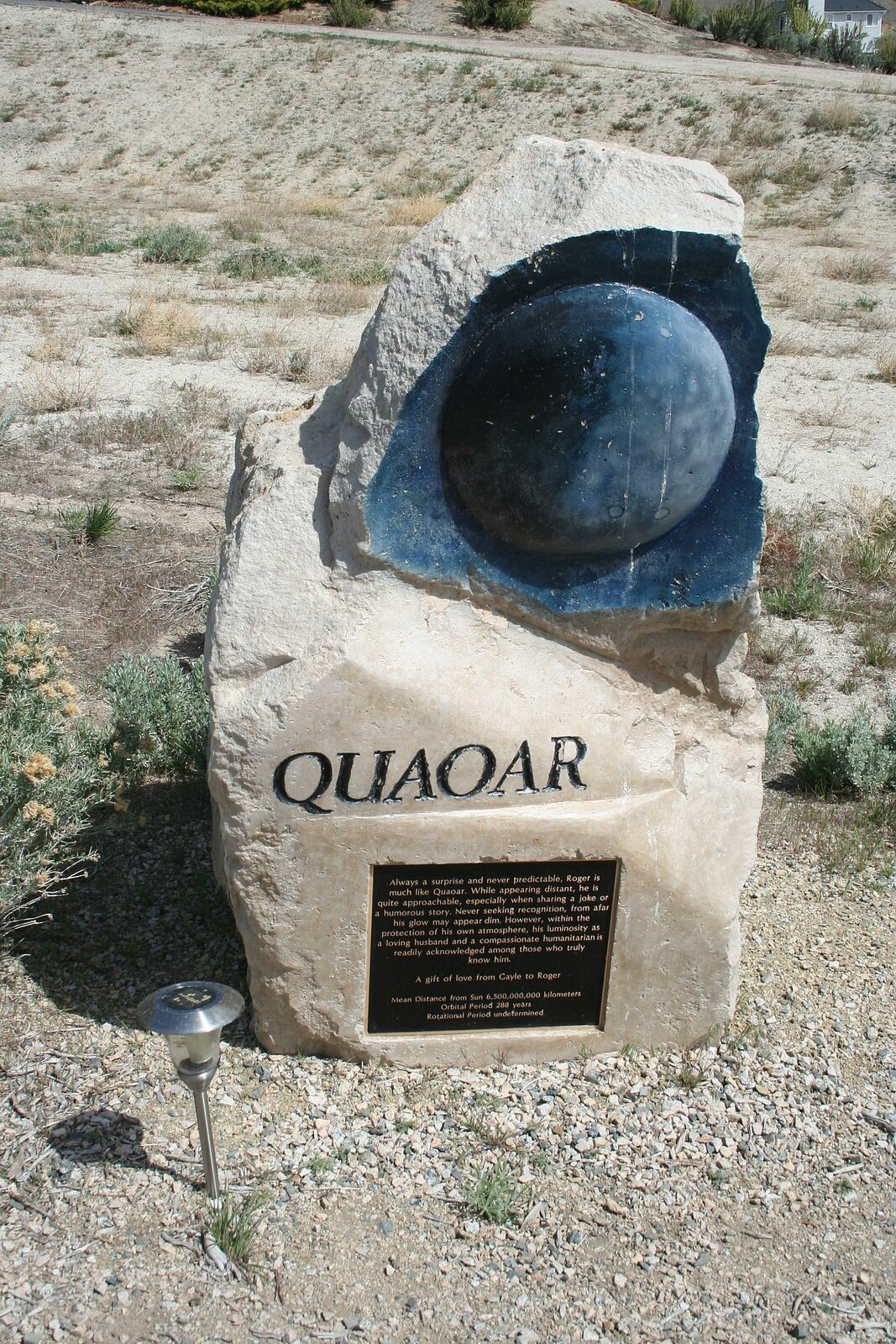 And finally, we have Quaoar. Ah, poor Quaoar. At the time the walkway was built, late 2002, Quaoar had just been discovered in the darkness beyond Pluto. It is little more than an icy rock, but at nearly half the size of Pluto it held the distinction of being the largest body discovered in 70 years. Thus its inclusion in the walkway commemorates a brief period in history where people were debating whether to call it the 10th planet or not. Sadly for poor Quaoar, it was only a matter of time before other, larger objects were discovered in the area known as the Kuiper Belt, and this almost-planet was lost in the shuffle. It is now on the short list for consideration to be upgraded to a dwarf planet, but with at least four bigger objects being found in the last few years, Quaoar is all but forgotten. 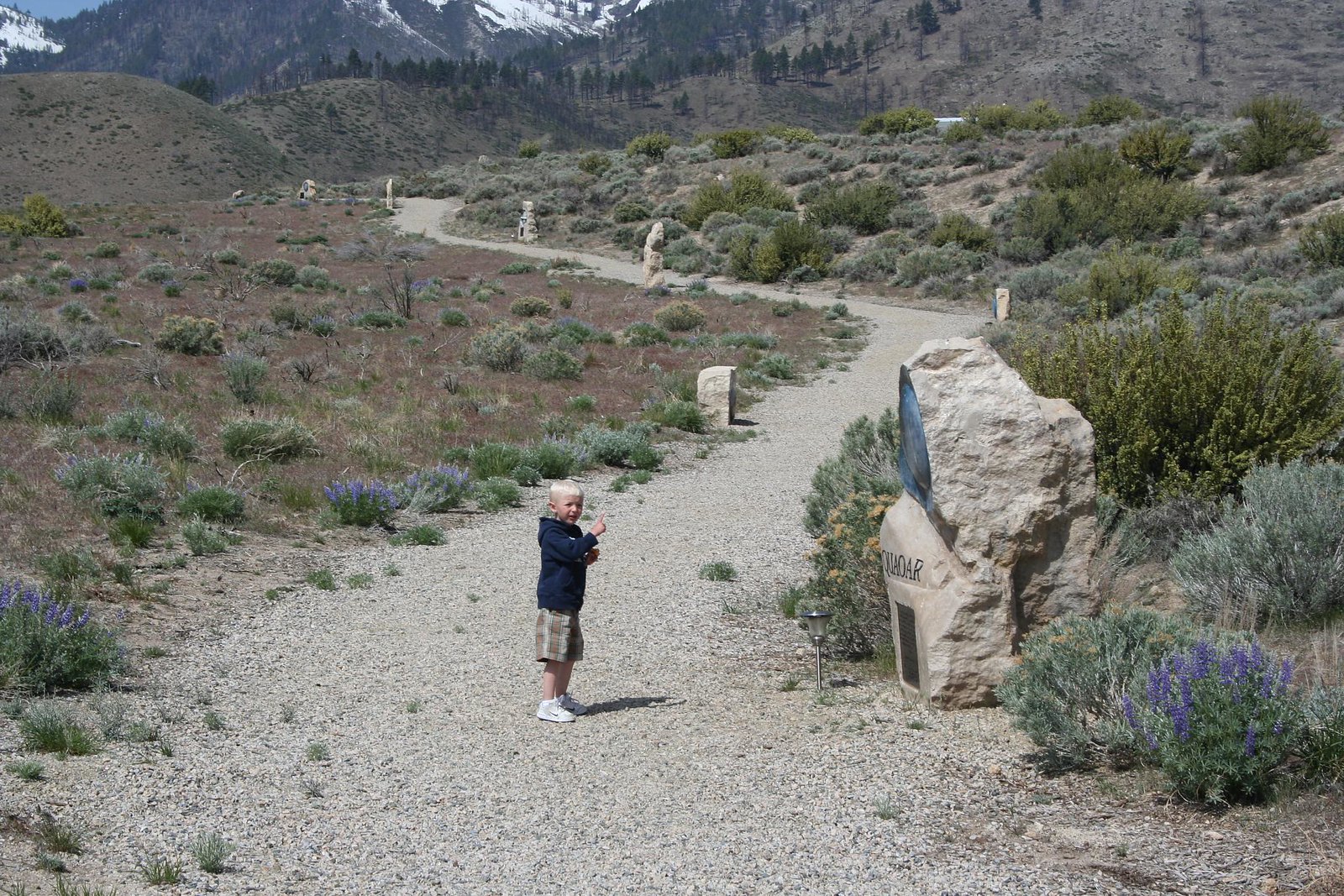 A look back at the Planetary Walkway shows all the planets lined up nicely along the curving walkway.

It doesn’t take more than five minutes to walk the entire length of the Planetary Walkway, but it’s a cool little attraction hidden away in the corner of Carson City that most residents probably don’t know about. It can be found by driving up Combs Canyon Road, off of College Parkway, then turning left on Murphy Drive. A quick right on Nye gets you to the observatory.