Beyond the movie theater, beyond the hotel and the skybridge, the Casino Fandango has also been doing construction inside, working to open a new Italian restaurant in the northeast corner of the building. Well, the construction work has spilled over to the outside of the building as they’re not only putting up new signs, they’re also painting the outside walls. 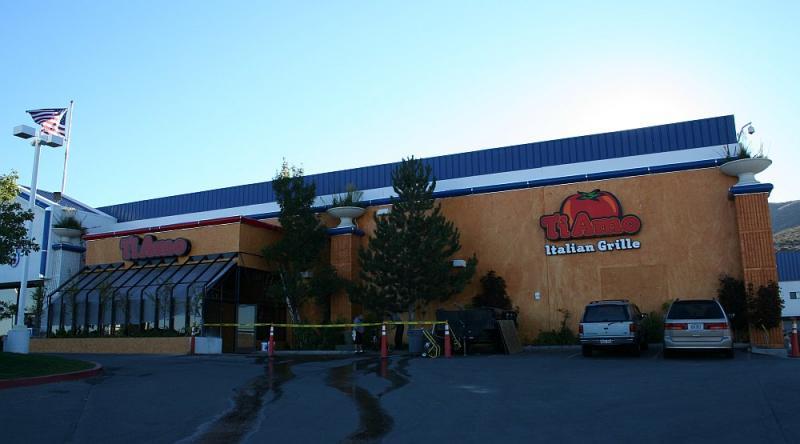 The “Ti Amo Italian Grille” is being advertised not only with a plump oversized tomato, but also with a Tuscan-style paint job over this part of the building. 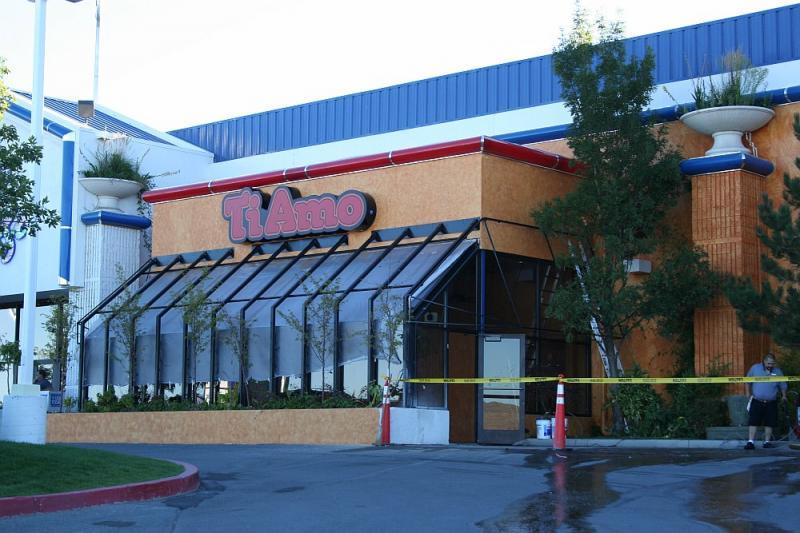 The paint looks nice, but it hardly fits in with the blue and white neon motif they’ve got going on for the rest of the Fandango. So especially if they’re planning on keeping the rest of the exterior looking like this, the newly-painted part is really going to stand out. But maybe that’s what they want, to get people looking and to get folks driving by to do a double-take and notice the changes. Then they’ll see the signs for the restaurant, and decide to try it out.

Also in the Nevada Appeal, is the new Galaxy Theater at the Fandango too popular for its own good? Seems there’s a lot of traffic in the area now, and even though the article tries to place the blame on crowds rushing to the theater, even NDOT admits that there’s just more people in town now, so traffic is going to be getting constantly worse until the freeway is finished. Plus, Curry Street just reopened in its fully-paved glory a couple of months ago. So of course it’s going to have more traffic; it was closed for a year. And before that it was little more than a dirt trail following the contours of the hills. Now that it’s wide and smooth and flat it’s a really attractive bypass to get around rush hour congestion on Carson Street, so a lot more people are going to be driving on it. Result? Traffic. One of the crappy side effects of growth.