I’d say that by far the most interesting construction projects in town are going on at the Casino Fandango. And it seems like they keep adding more, like every week they’re working on something new. It’s all supposed to be done by “early 2008”, so let’s take a look at what they’ve got cooking this week. 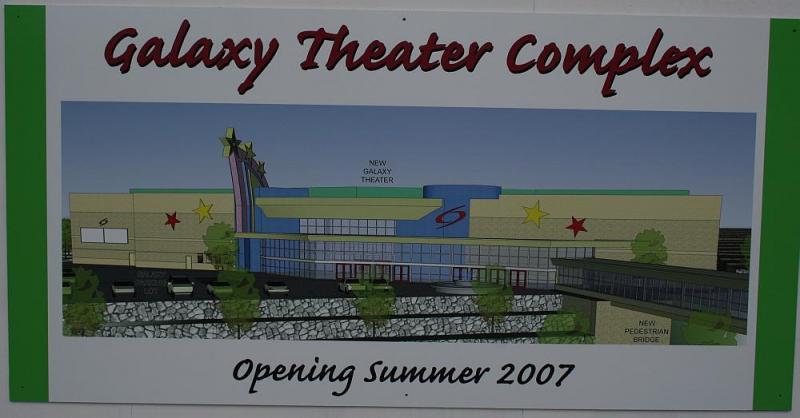 The new movie theater is probably the most exciting part of the whole project. For years now the Northgate Cinemas has had a monopoly on movie-going in Carson City, but going there is not a good experience. It’s dirty and run-down, and the fact that it’s the only choice in Carson is pretty sad. This new theater is supposed to open in just about a month, and I predict it’s going to kill the Wallace Northgate. Like, they’ll have to start showing second-run movies for a dollar after this Galaxy Theater opens. They’re doing the last little bits of decorative shaping on the outside, and they’re probably working just as fast inside too. The new four-story Marriott Courtyard is quickly taking shape on the grounds of the old RV lot. They’re on the third floor now, framing up the walls, and the whole thing is supposed to be open and ready for occupancy in the fall of this year. 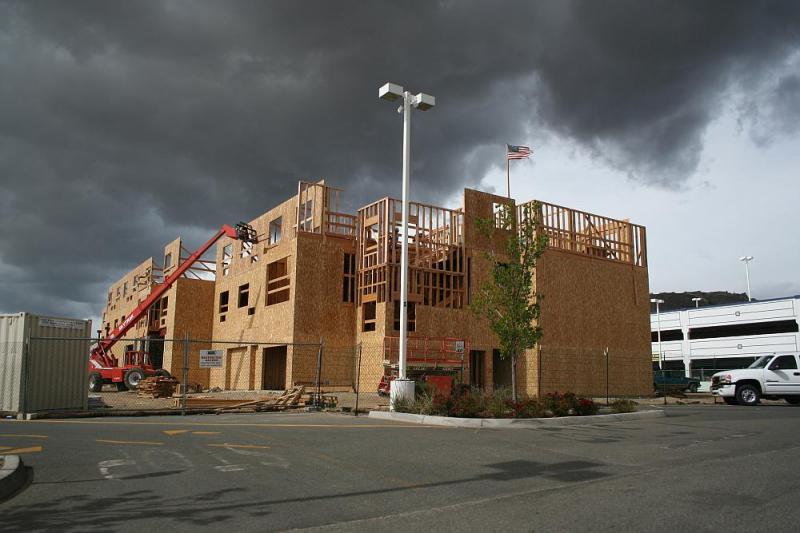 The good news is, after months of being closed, Curry Street has been repaved, striped, and is now open to traffic all the way through. It was just a couple of years ago I can remember this stretch of Curry being little more than a dirt trail, almost too rough for my car to handle. Now it’s modern and smooth. I guess it has to be to handle all the movie theater traffic. The bad news is, now the intersection of Koontz and Curry needs to be repaved, so it’s probably going to be closed off and on and in pieces for the entire month of June. Right now you can travel all the way through on Curry Street, but Koontz is blocked off. Expect this to change over the next few weeks as Curry Street has to close again to finish the paving job. The last piece of the Fandango puzzle is this expansion they’re building at the southwest corner of the building. Until now the Fandango has been content to remain within the four walls of the original Supply One building. But it’s time for them to break out, and they’re starting with this corridor at the back of the building. 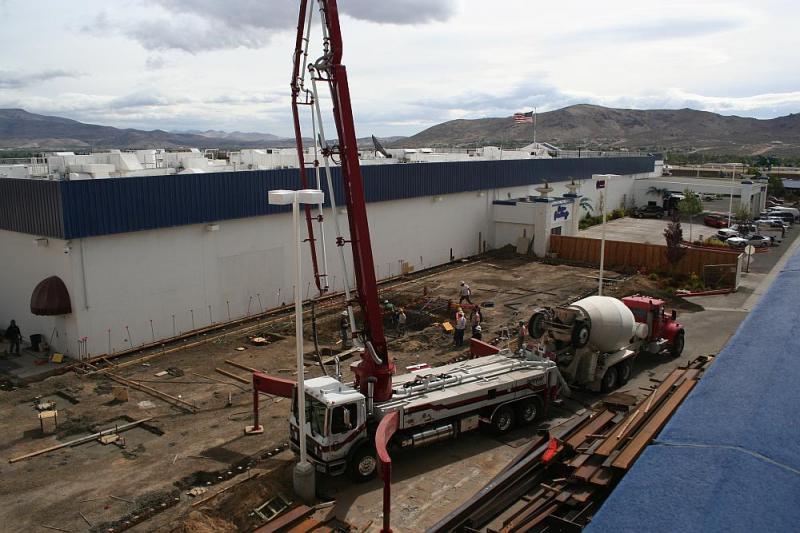 They seem to be building the expansion in two phases. First they’re building this part, which will reach from the casino to Curry Street, then whisk visitors up an escalator and over a sky bridge to the movie theater. This will make it easier for patrons to take in dinner at one of the Fandango’s restaurants and then grab a show afterwards, all without having to brave the traffic of Curry Street. This will only be Carson City’s second sky bridge, after the one that the Ormsby House has built. This will be the first one to actually carry the public, though, since nobody’s going to be setting foot in the OH for a couple of years still.

Then phase two of the expansion looks to be a triangular extension in the very back of the casino building, meeting up with the part they’re building now. I can only guess this will be room for more slots, but who knows what else they have up their sleeves. 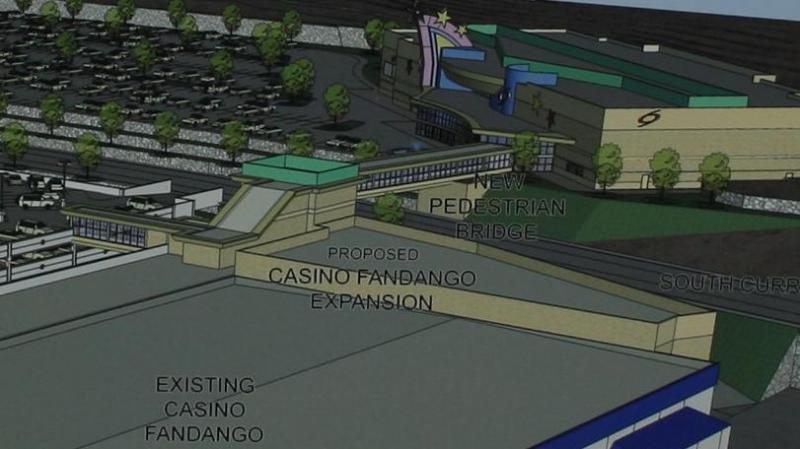 So that’s what’s going on at the Fandango this week. Between this, the new Bodine’s that’s still being built, and the proposed Jethro’s Casino just a mile away, south Carson is really establishing itself as a gaming hotspot. Check back next week to see what other new projects they’ve started.