From the Douglas Times comes an article on the progress of the Galaxy Theater at the Casino Fandango, and how it’s set to open this Friday, August 3rd. This movie theater will be the only all-digital affair in Northern Nevada, which means it doesn’t use film or standard projectors. Instead all the movies are stored on a computer, and a digital projector, like the kind you’d run Power Point off of, is used to show the movies. This means no scratches, no pops, no broken film. And the film won’t be running backwards, like what happened to me at the Sparks drive-in a couple of weeks ago.

This theater is also sure to put the Northgate 10 out of business, or at least cut back on its business enough that it will end up relegated to second-run movies. And, I can’t say I’m too sorry about that. The Northgate may have been a nice theater once, way back when it first opened with just four screens. But that was a long time ago. They’ve since added six closets in the back that can hardly be called “theaters”, and the place is just falling apart. Maybe there will be enough North Carson residents who don’t want to drive all the way to the Fandango to keep them limping along, but it won’t be pretty. Better to put them out of their misery.

The article also touches on the other projects the Fandango has going on, most of which have been covered to death here. The hotel, the casino expansion, the sky bridge over Curry Street.

Oh, and speaking of the sky bridge over Curry, contributor Joe Reinbolt sent in this photo, fresh off the presses, of the actual sky bridge being hoisted into place just hours ago. Thanks, Joe! 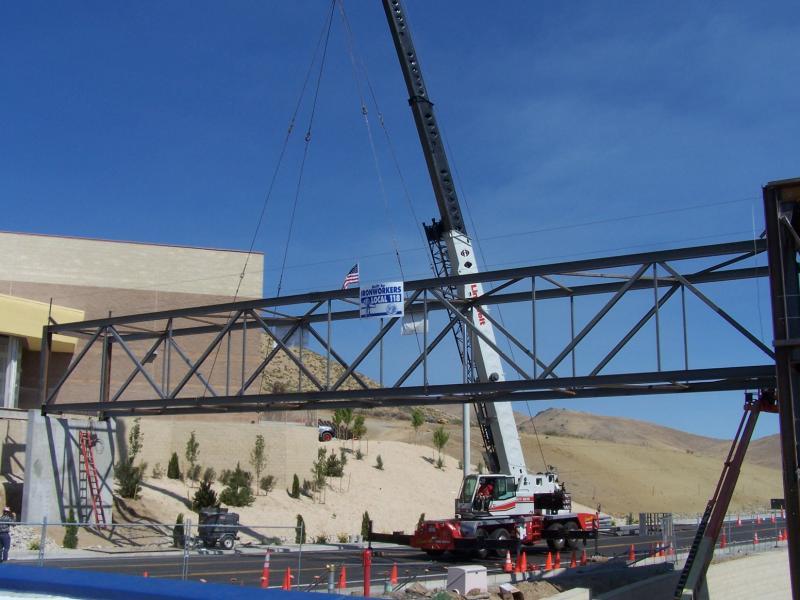