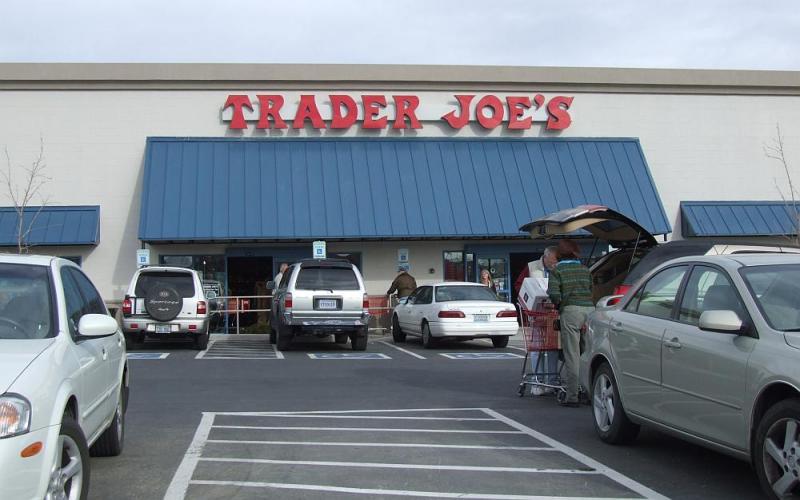 Our long national wait is over. Our new Trader Joe’s grocery store, which can alternately be referred to as the Carson City, Douglas County, Clear Creek, Jacks Valley, or Indian Hills store, opened today! There apparently was a grand opening celebration at 9am, and when I swung by the place an hour and a half later the parking lot was packed. I didn’t go inside myself, because my wife would have killed me if I went without her. But we’re meeting tonight to go.

This is a great addition to Carson City’s shopping selection, because Trader Joe’s carries a lot of specialty foods that you can’t get anywhere else in town, or that you can get but are priced super high. It’s a perfect match with Wal*Mart, in fact, since there’s practically no overlap in what they carry. I’ll still be shopping at Wal*Mart, don’t get me wrong, but there are several items that can only be had at Trader Joe’s. So having them right next door to each other is actually a great idea.

In case you still don’t know where the new Trader Joe’s is located, it’s in the Clear Creek Plaza shopping center, which is just across the Douglas County line south of Carson City. It’s in the parking lot of the Wal*Mart store right there. Turn west on Topsy Lane, then go into the shopping center and look for Trader Joe’s. I’ve marked it on the map here. (Don’t worry if you follow that link; that’s an old picture, and it’s not a dirt lot anymore.)