In the early 1980s, the (new) Ormsby House had only been open for around ten years, but already it was starting to look run down. This slide was one of a package used to promote tourism to the Capital City, but the soot-covered walls, haphazard windows and dark sky aren’t doing much to create an inviting atmosphere. 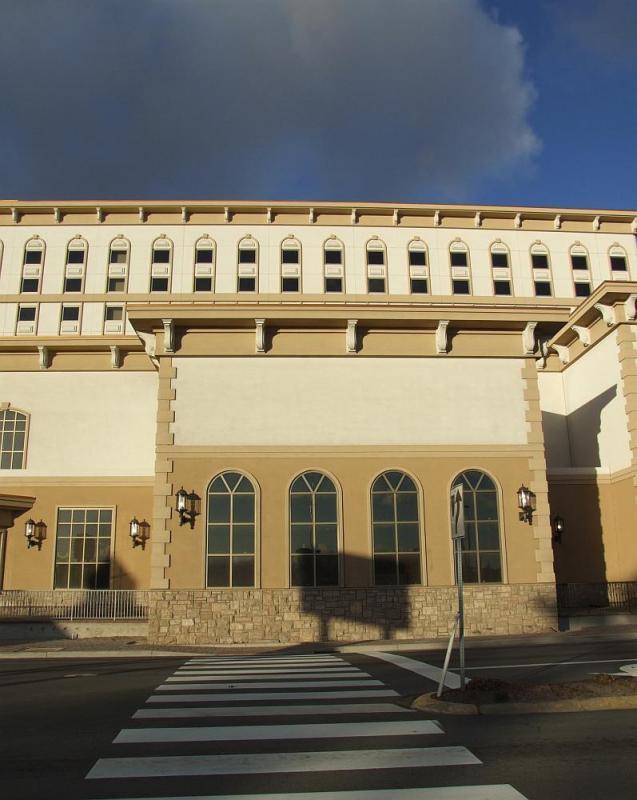 Now the hotel/casino is closed, but in the middle of a massive renovation. Most noticeably is the fresh coat of stucco and paint the outside has gotten, discarding the dingy brown for a gold-and-white motif. Also the giant portecochere that used to grace the Carson Street entrance was demolished, and replaced with this boxy appendage. I have it on good authority that this big room with the four curved windows will be the showcase bar and nightclub when the Ormsby House reopens.

Whenever that may be.