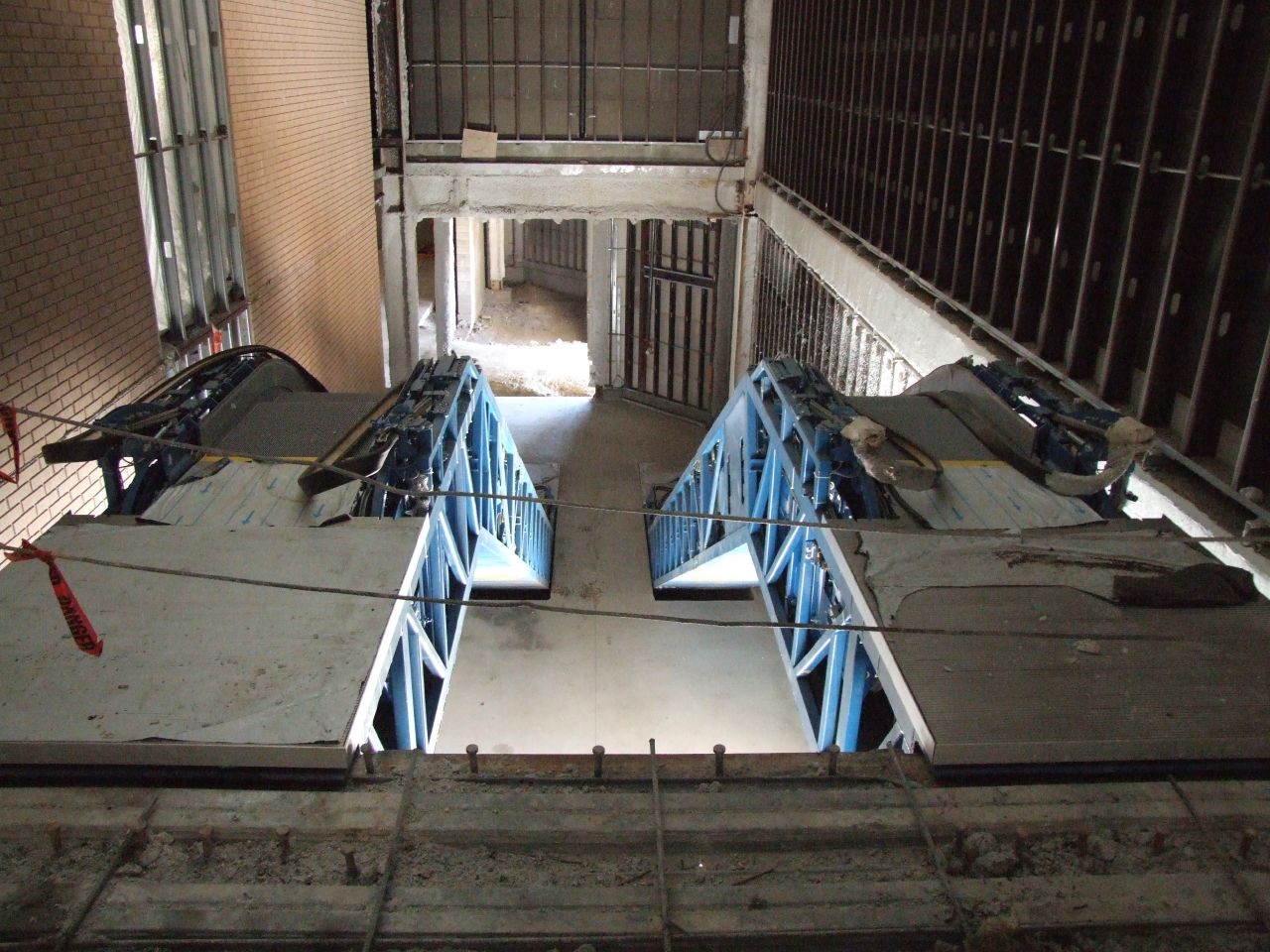 From the top of the escalator you can peek down to the hotel entrance and lobby below. You’re not going to want to take a trip on the escalators now; they aren’t hooked up yet. But when they’re finished there will be a staircase going down between the two ramps, just for those who’d rather have the workout. 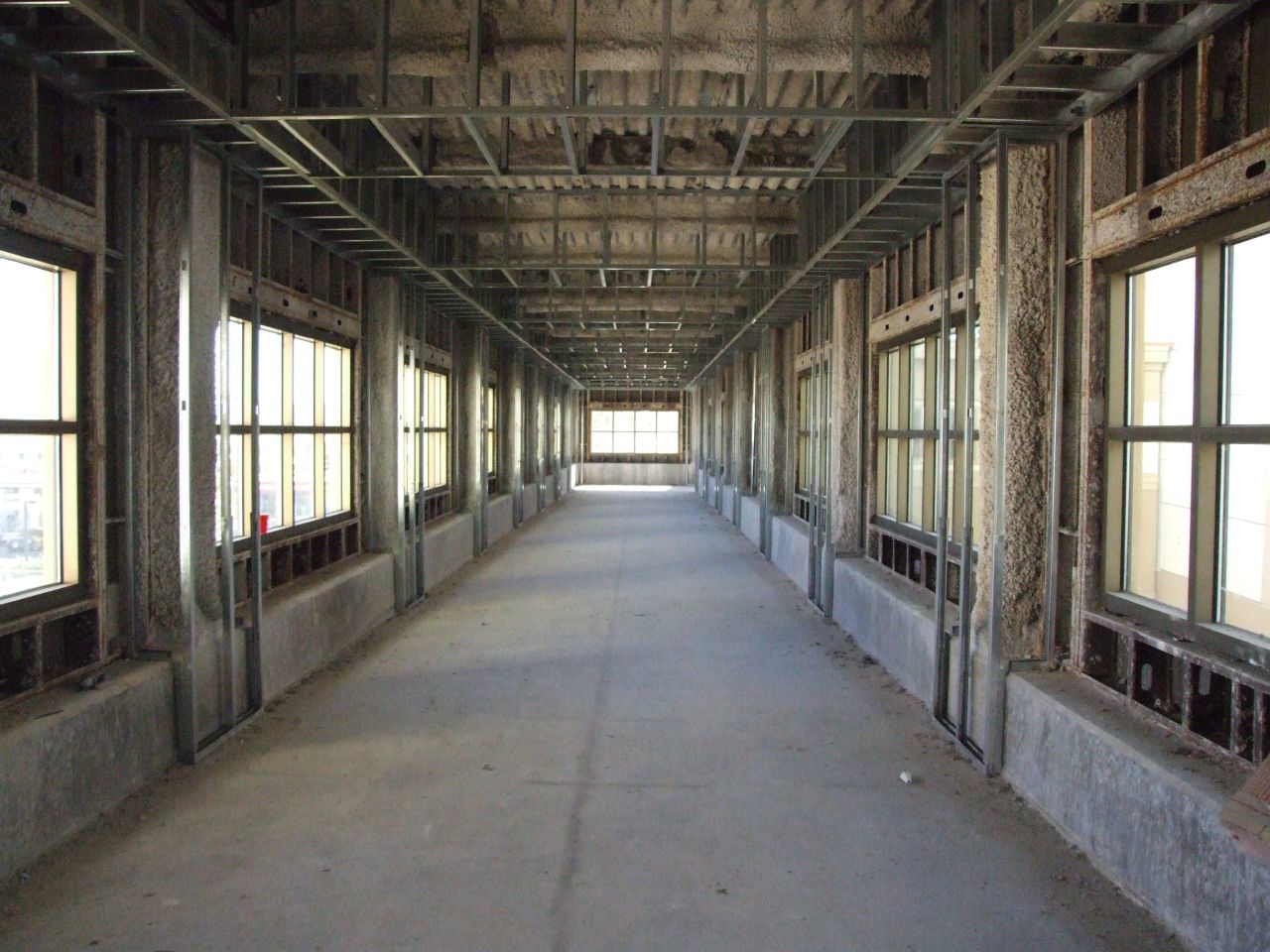 This here is the bridge across Curry Street that connects the hotel to the parking garage. This is one of the big new additions to the property; before, visitors used to have to park in the parking garage and bolt across traffic at a crosswalk on Curry Street. Now you can just stroll across the bridge, and it takes you right to the second floor of the Ormsby House. From here, it’s about ten feet to the escalators that will take you down to the casino floor. 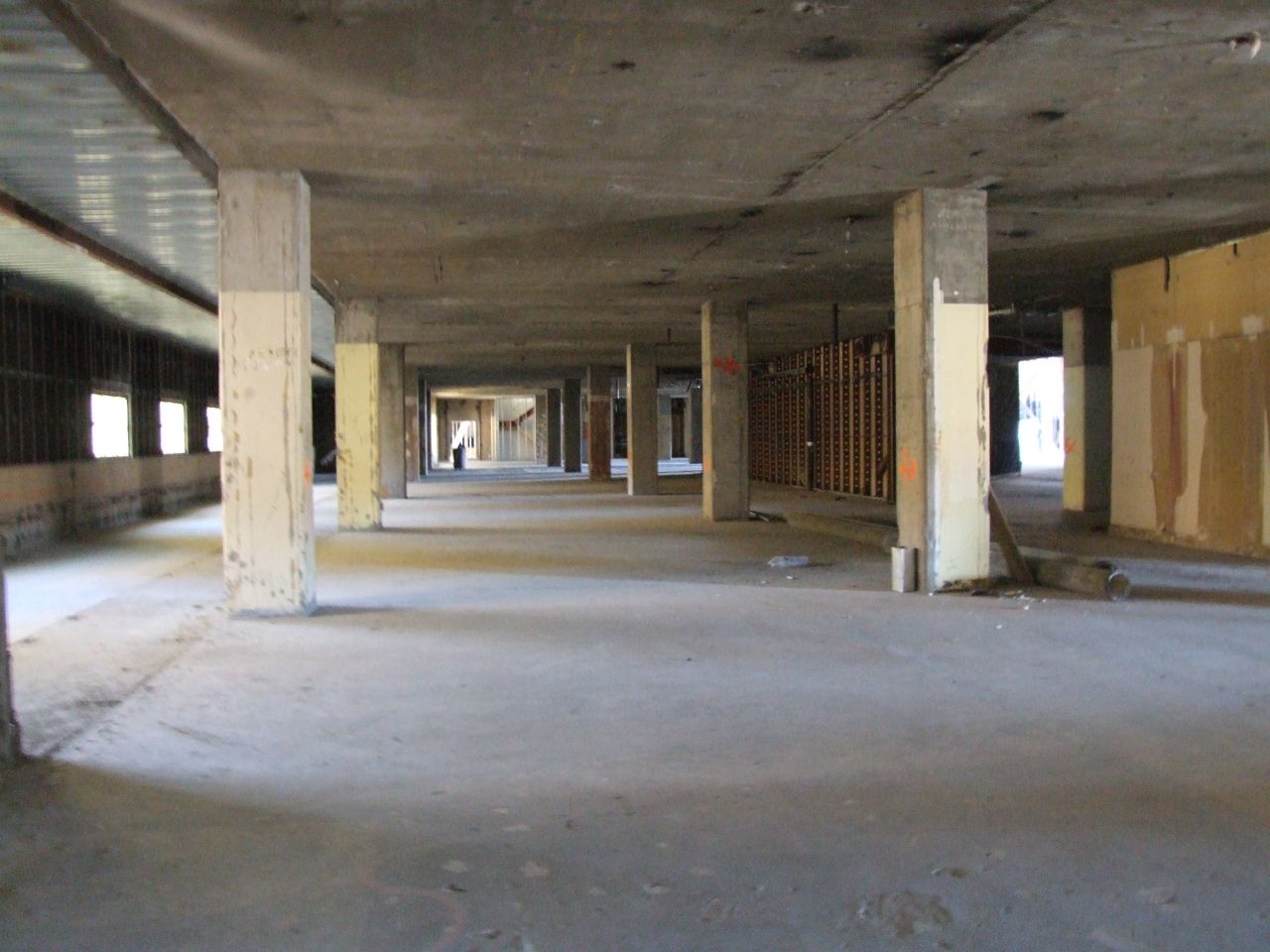 This cavernous empty area used to be the Curry Street Buffet. Here on the second floor, in the back of the building along Curry Street, is where you would come to get some all-you-can-eat goodness. This is probably the part of the hotel I spent the most time in. I came here as a kid with my parents, and then I came here again with my friends after the Ormsby House had reopened in the late 90s. Back then they would have Tim Bailey playing his electric piano on the weekends, while the building slowly rotted around us. It was obvious the place needed to be renovated. I actually think the place looks better now than it did back then, in those last years before it closed.

In the 21st Century, this space will be home to the Ormsby House’s fine dining options. The back wall, where the windows look out over Curry Street, was completely demolished and rebuilt during the exterior renovation. You can see that demolition work (from October 2003) on this page. 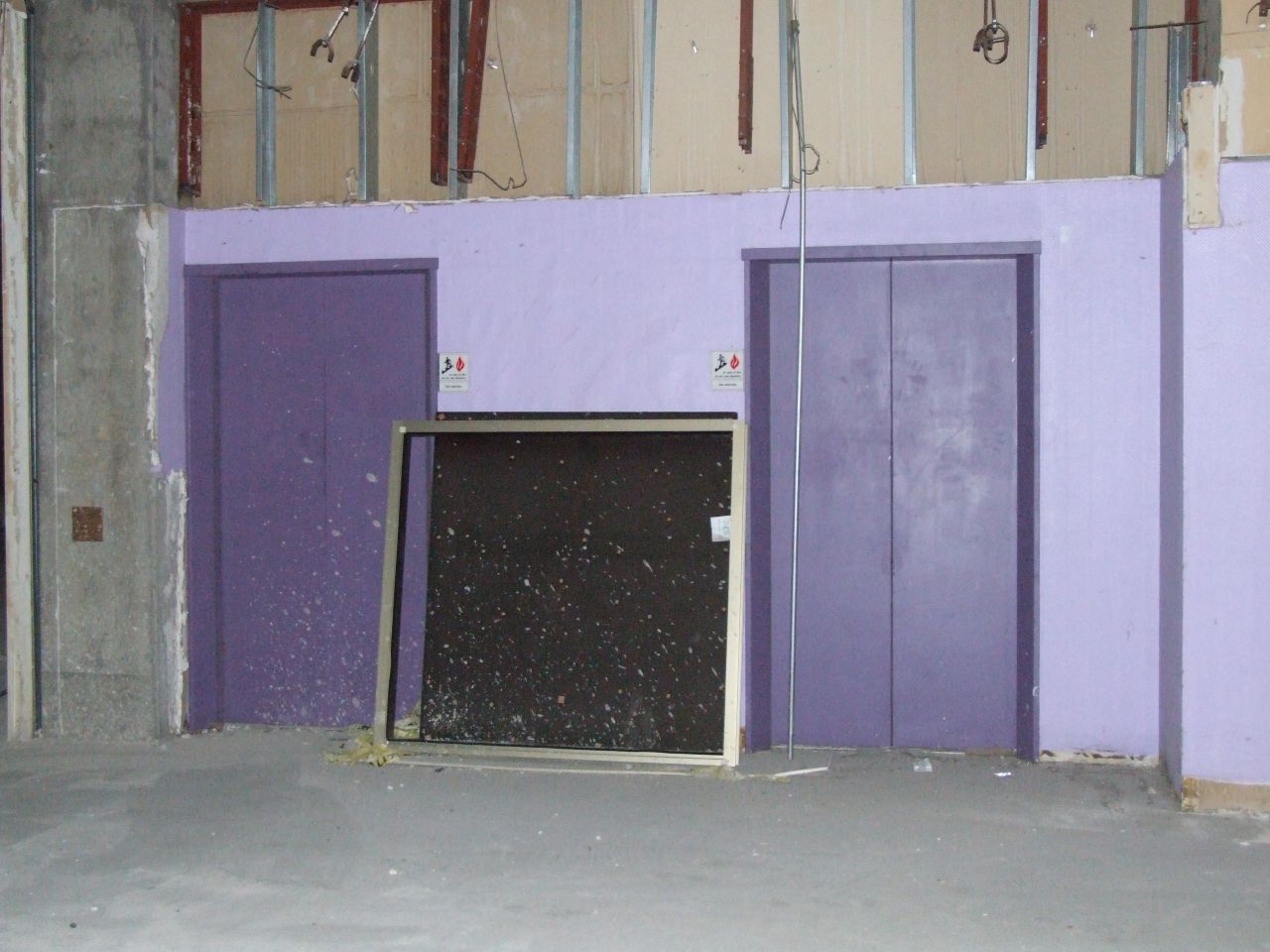 Some of the only things that were left untouched during the demolition work are these, the elevator doors on the second floor. I’m guessing that the purple color scheme won’t be surviving after the hotel reopens. But it hasn’t been stripped off yet. 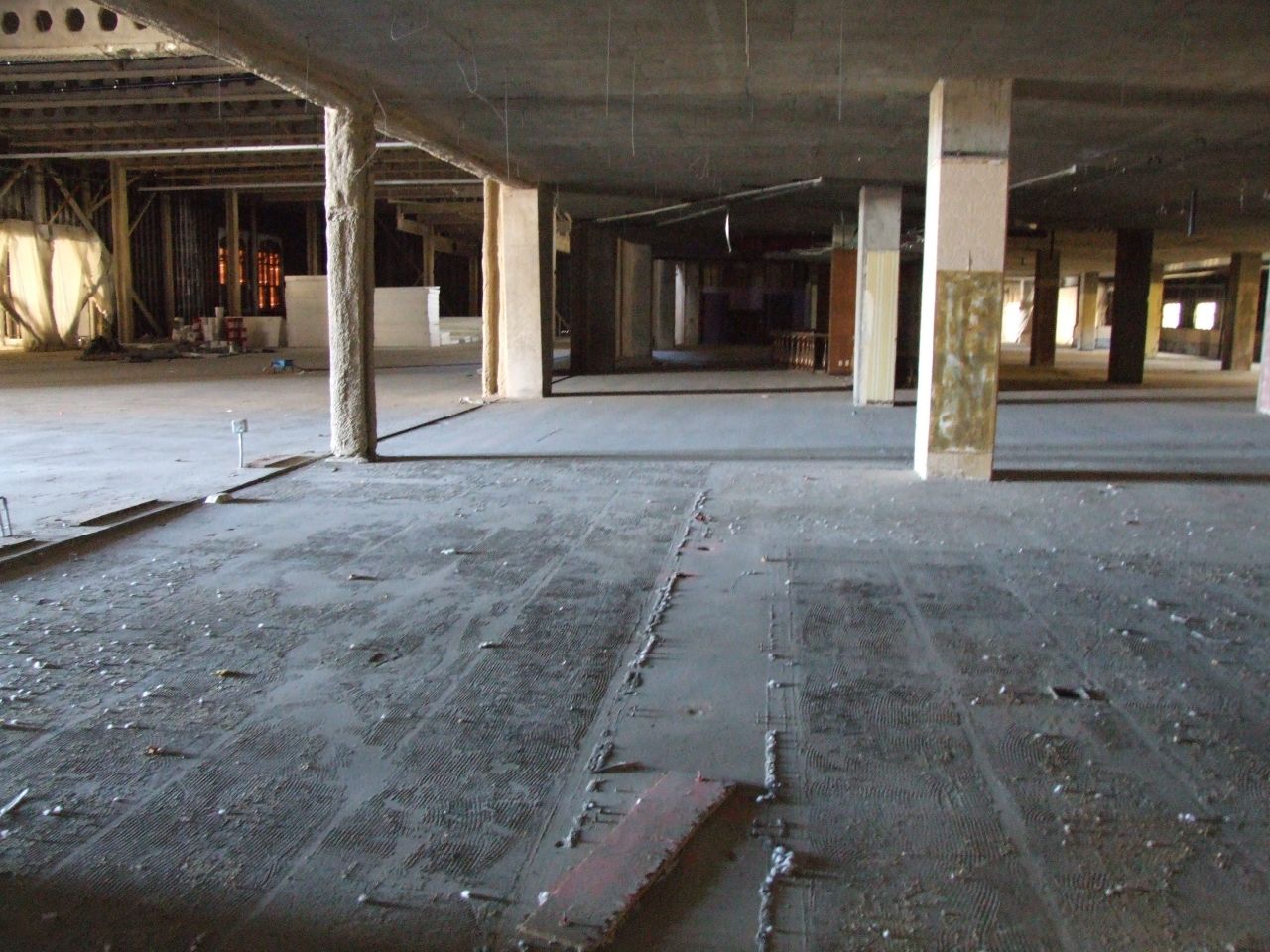 This is looking down the long hallway on the second floor. At the very end, in the darkness, are the purple elevators. In the middle distance is the top part of the Grand Staircase. And in the forground, on the floor, you can see where the tile was removed from the bathrooms that used to be here. This was the hallway you took to get to the buffet on the right and the ballrooms on the left. The large open area to the left will still be ballrooms, but on the right will be the fine dining areas. 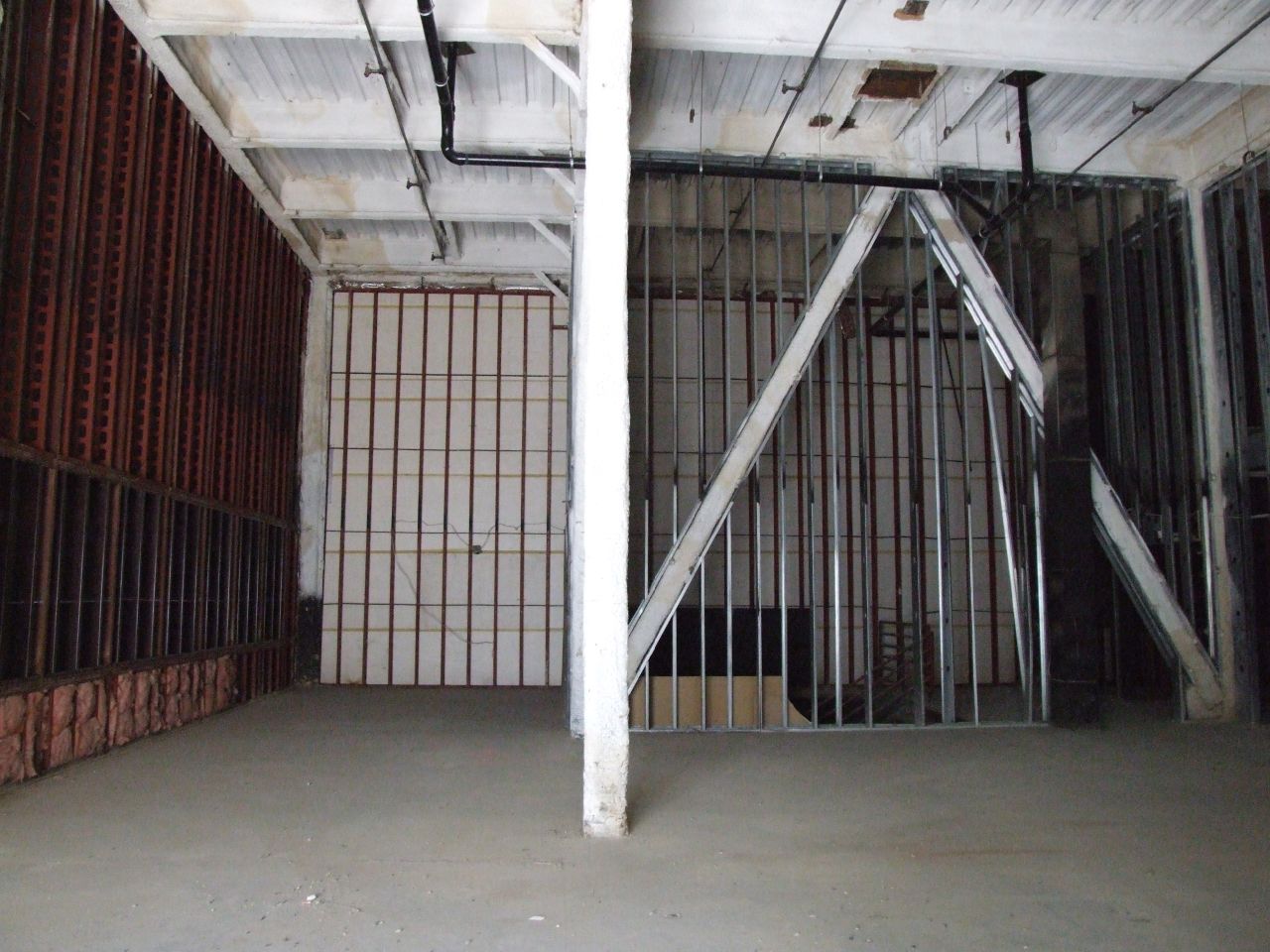 “Back of house”. This part of the second floor is part of the addition that was built along Fifth Street sometime in the early 80s. We’re right at the corner of Fifth and Curry here. Amazingly, this part of the hotel was built, but never used. It sat empty for 20 years until the building was gutted. Some of the original metal studs are still in place here, but drywall has never been hung off of them. This will all be an employees-only area dedicated to the kitchen and ballrooms. 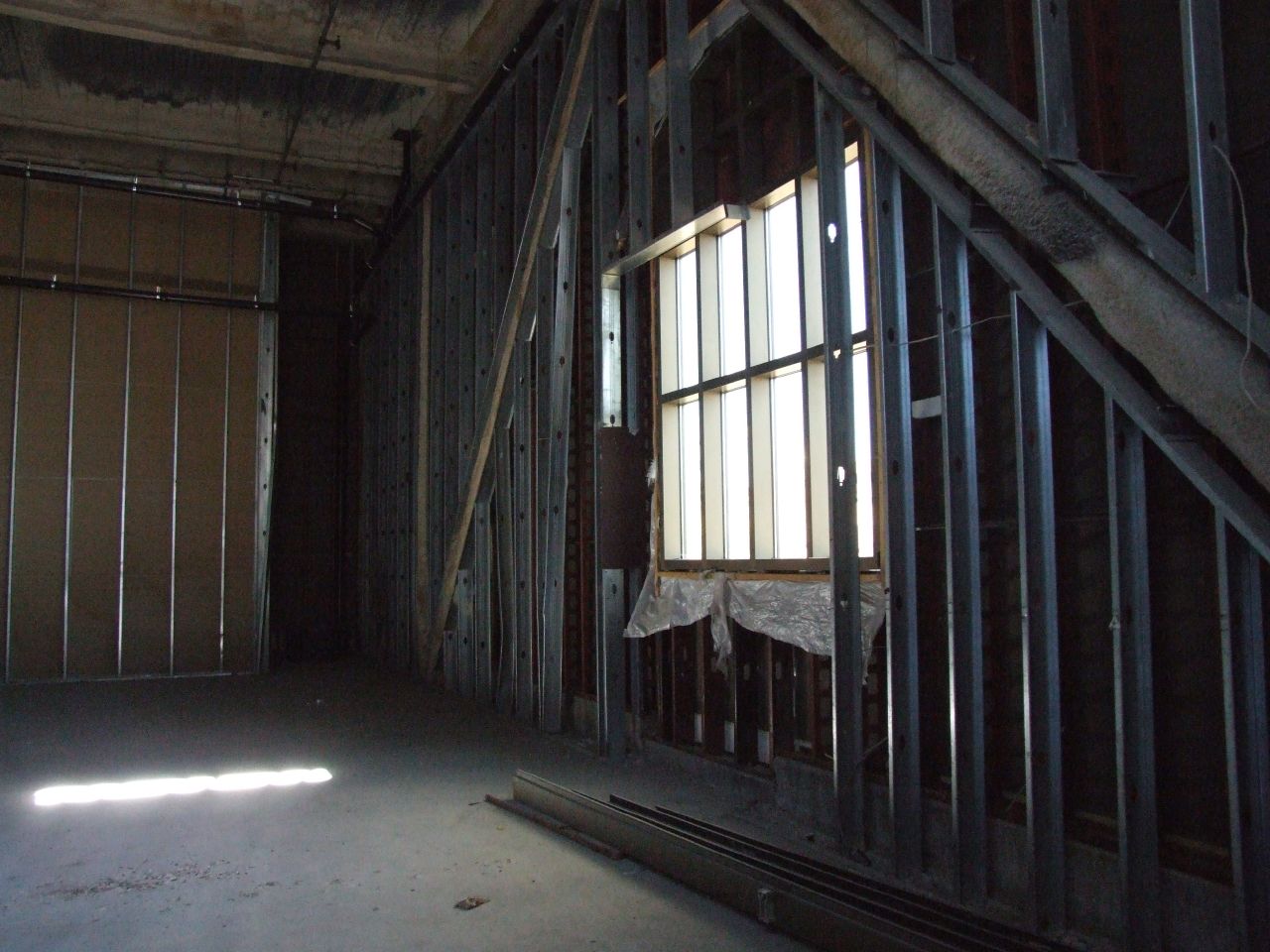 This is more of that unused second floor area. This time it’s up in the front of the building, though. This window looks out over Carson Street, but it’s painted over right now. This area is planned to become a wedding chapel when the hotel reopens. 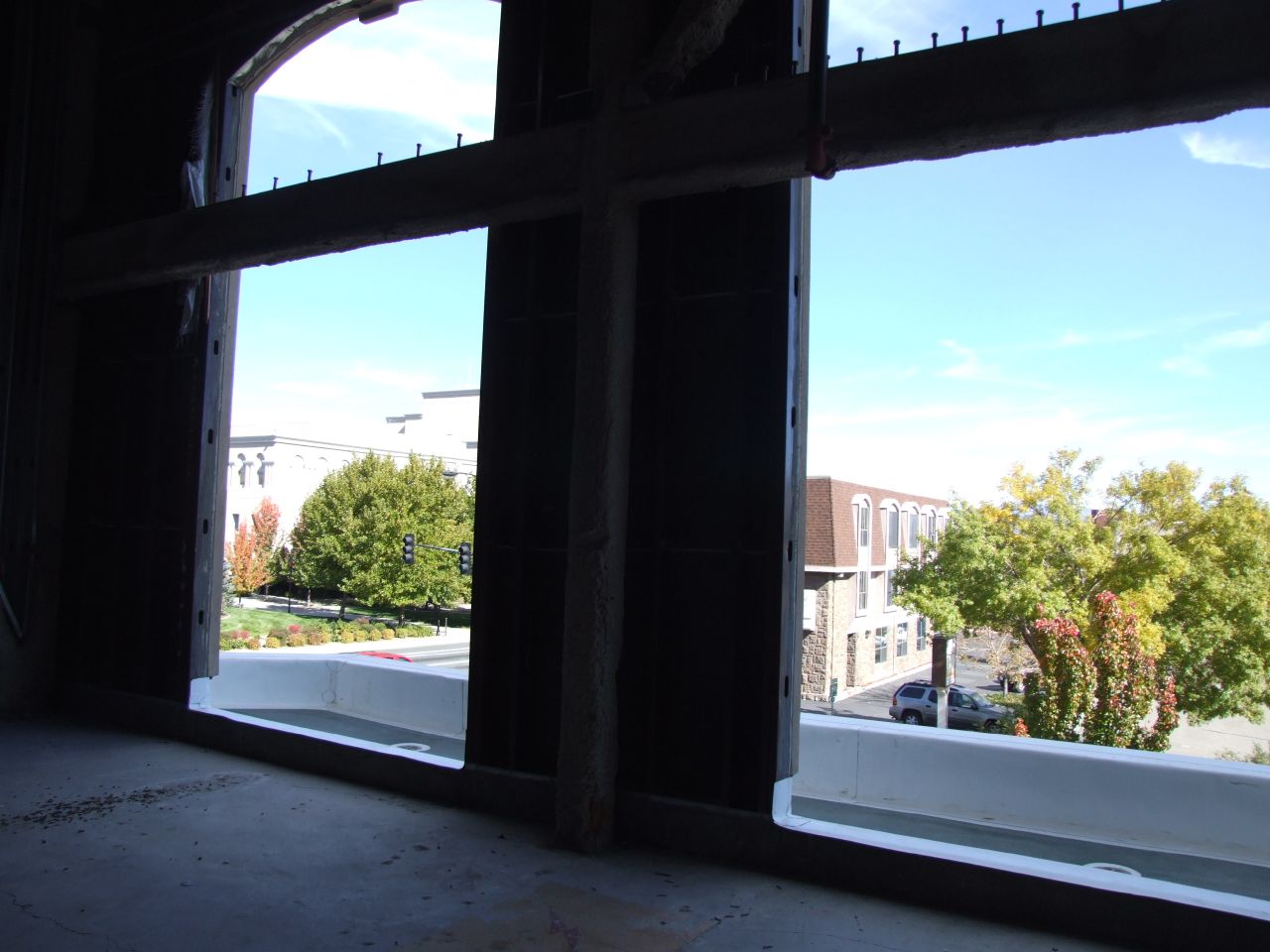 Right next to the wedding chapel are these windows, which have been left open. There will actually be a small balcony here, with a decorative railing. It’s a good spot to watch the Nevada Day parade from, according to the owners. 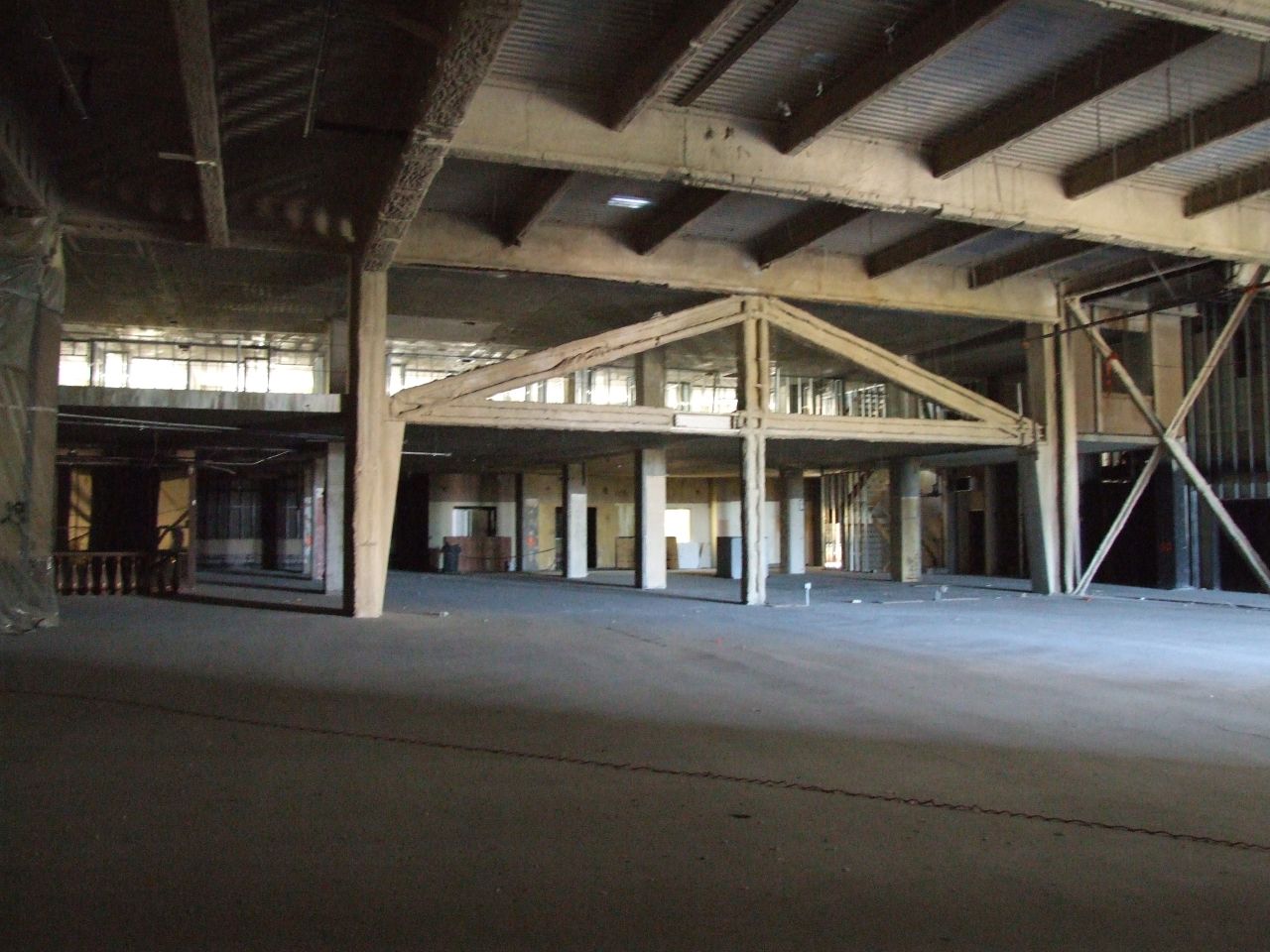 Looking west from the front of the building to the back. The large area will all be ballrooms. In the back, you can see both the second and third floors. The second floor, underneath, is where the fine dining will be. The third floor, up above, will have some guest rooms as well as the hotel offices, guest laundry and spa.

On page three: we travel up and see those hotel rooms in the tower.