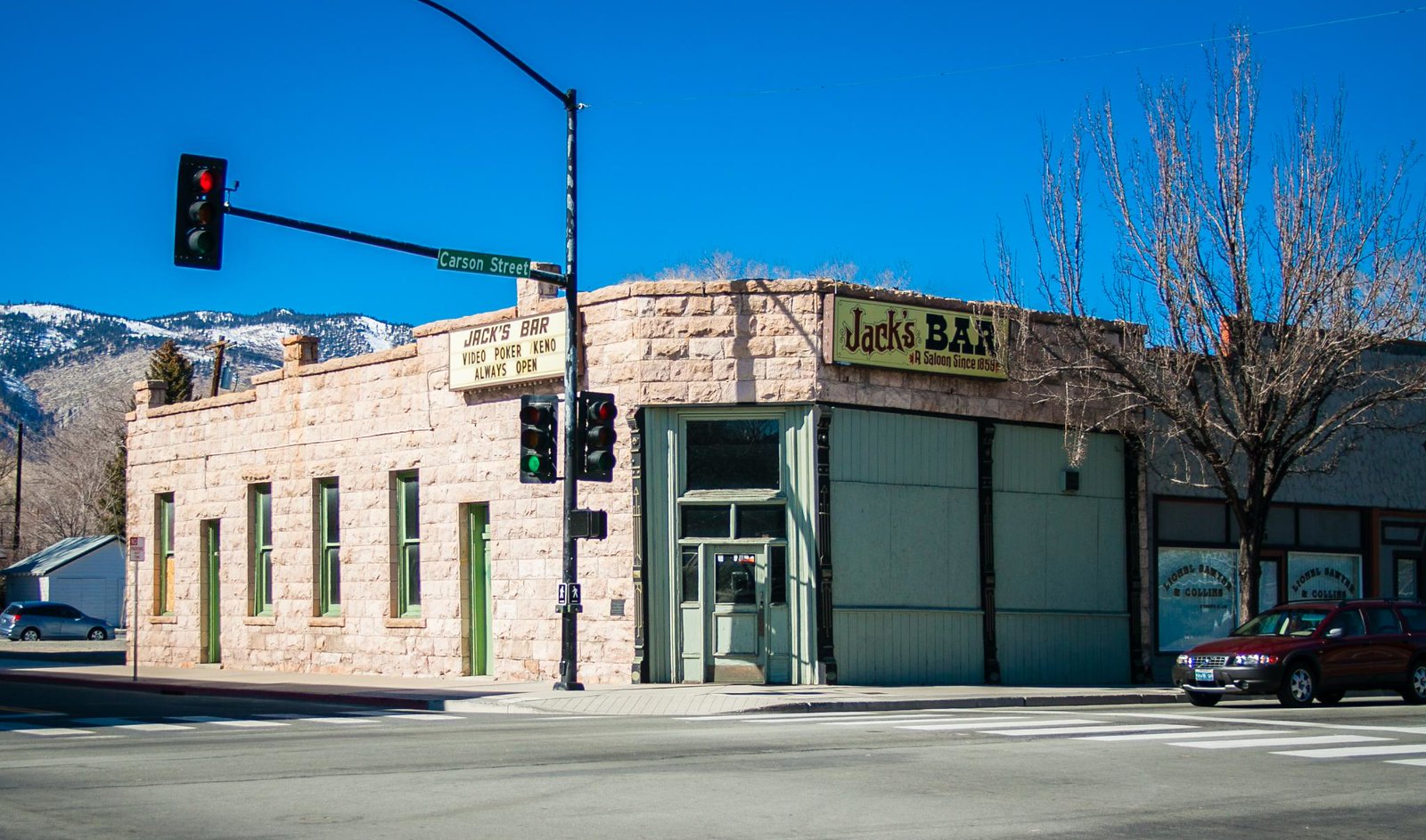 6 years ago I took a look at Jack’s Bar in my Ghosts of Carson series. This old historic bar at the corner of Fifth and Carson has been closed since 2002, and in that time it has been left to decay with little attention from its owners. Of course, it had the same owners as the much-more-prominent Ormsby House across the street, and they had their hands full neglecting that property, so there was little time left to neglect this property.

But that changed this year. In June of 2018 Jack’s Bar was sold to Nevada Builder’s Alliance, who are dedicated to renovating it. It’s going to take a lot of work, since the stone walls are crumbling and threatening to topple over, and everything else in the structure basically has to be removed because it is rotten. But the bar finally has a champion capable of doing the work necessary to save it. The first steps began in August 2018. A permit was issued to begin interior demolition, and a dumpster was brought onsite to haul away the trash. The new owners have said this will most likely be a multi-year process, but it’s good to see they aren’t wasting any time in taking the first steps. This is the very definition of a fixer-upper. The roof is partially collapsed, so pigeons have been free to make their home inside. The chain link fence you see on the roof is there to keep the pigeons from entering. A humane trap was set inside to remove the pigeons that were already inside. A leaning and crumbling south wall is just one of the challenges they face. They have been permitted for interior demolition. Inside the bar you can see the sagging roof beams and the decomposing floor. Everything in this photo is rotten and has to be removed. It’s going to be great to see this renovation proceed. Hopefully they create a final product that can make downtown Carson City proud!