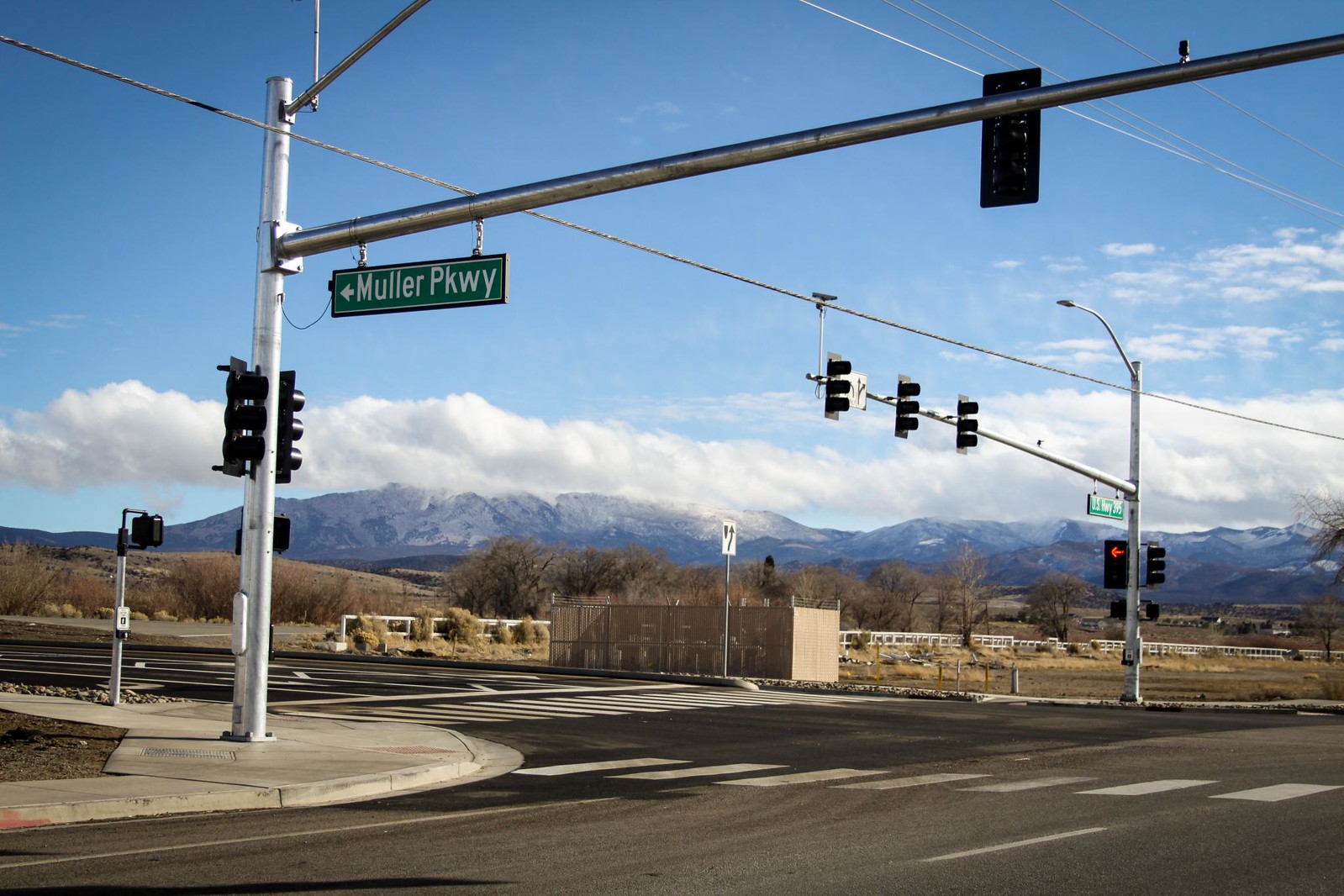 The Muller Parkway is the long promised “bypass road” to get around Minden and Gardnerville. It look 50 years for the Carson City freeway to be built, and the Muller Parkway has been in the works probably just as long. It is supposed to go from Riverview Drive at the south end of Gardnerville (at the 7-11 by the golf course) to Muller Lane at the north end, just outside of Minden. It will allow cars and trucks to bypass the slow haul through downtown Minden and Gardnerville. It has a couple of downsides, though. It’s not a freeway, just a four-lane road, and they seem to be committed to building it about 1 mile at a time. 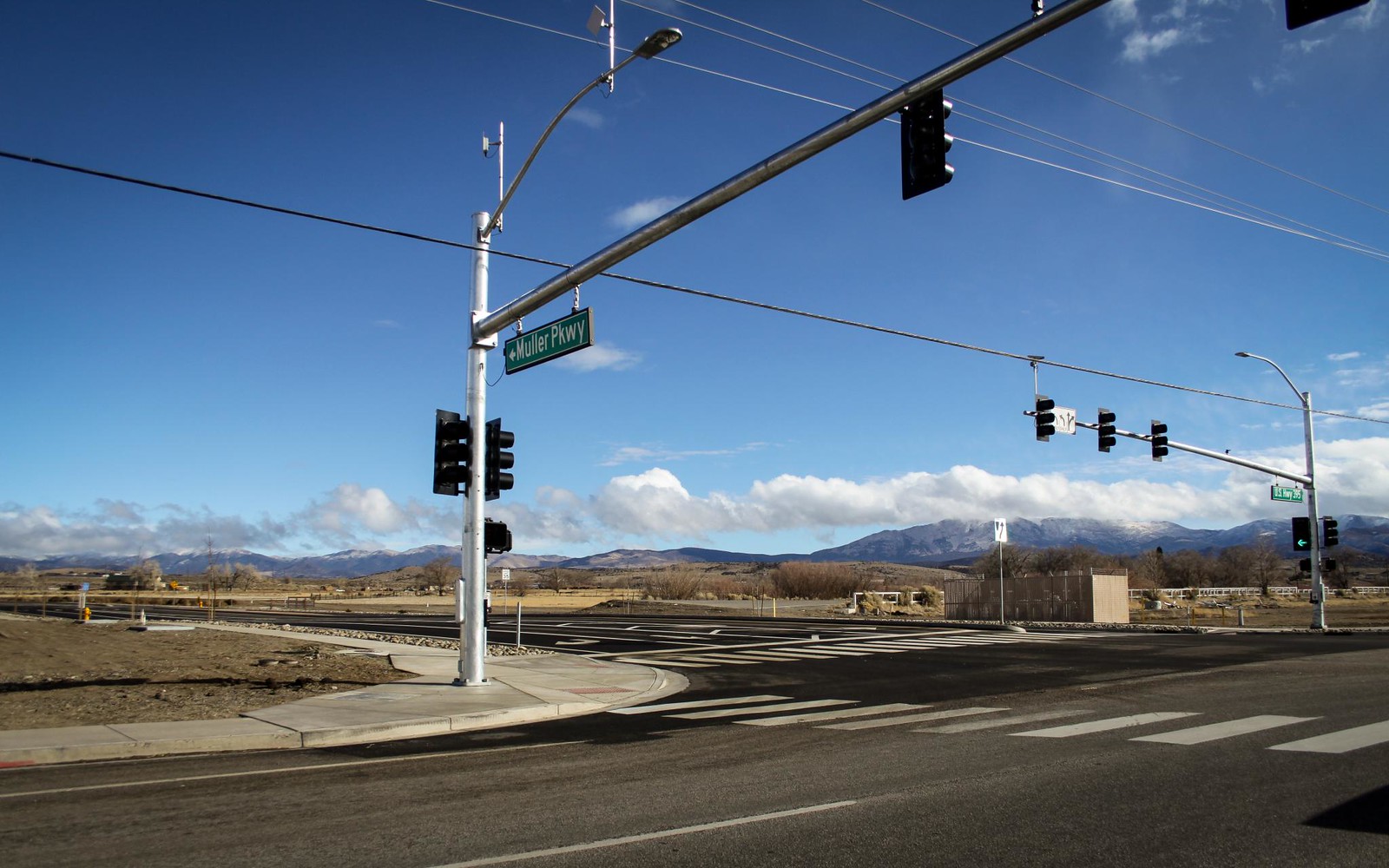 The newest section of the parkway has just opened. It is the far south section, starting where Riverview Drive meets Hwy 395 at the 7-11. It doesn’t go very far, less than a mile, but it does include an impressively huge roundabout that underscores just how much traffic they expect to be going through here one day. It doesn’t go anywhere either. Like the north section, it just kind of dead ends. It does connect to a re-routed Pinenut Road, though, so it will see a lot of use by anyone going to the dump, the animal shelter, or any of the houses out Pinenut Road. 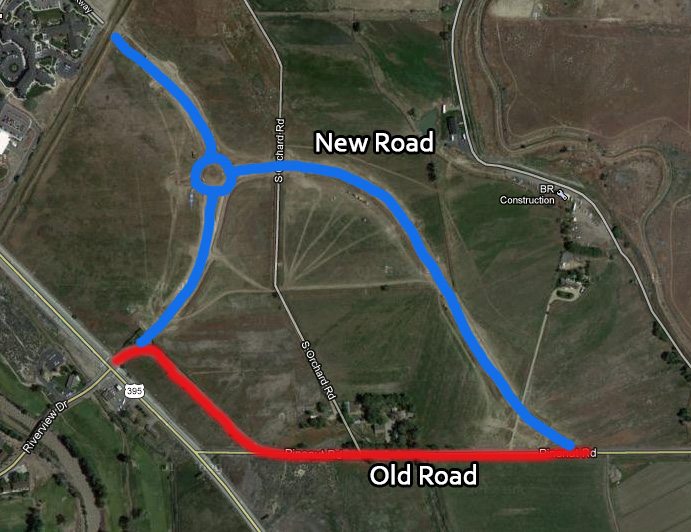 Pinenut has been needing to be reconfigured for a long while. There used to be a sharp turn right by the light here, and it was the site of more than one accident. Cars ended up in the ditch all the time. Plans to realign the road have been in the works for quite some time, always as part of the Muller Parkway project, but it wasn’t until now that they actually did it. It makes for better traffic flow, and it will be able to handle a lot more cars and trucks without backing up horribly at the light. But it all seems like it’s being built for 20 years from now, not for today. A good idea, sure, but it makes it weird to drive along such a big empty road in the middle of nowhere. 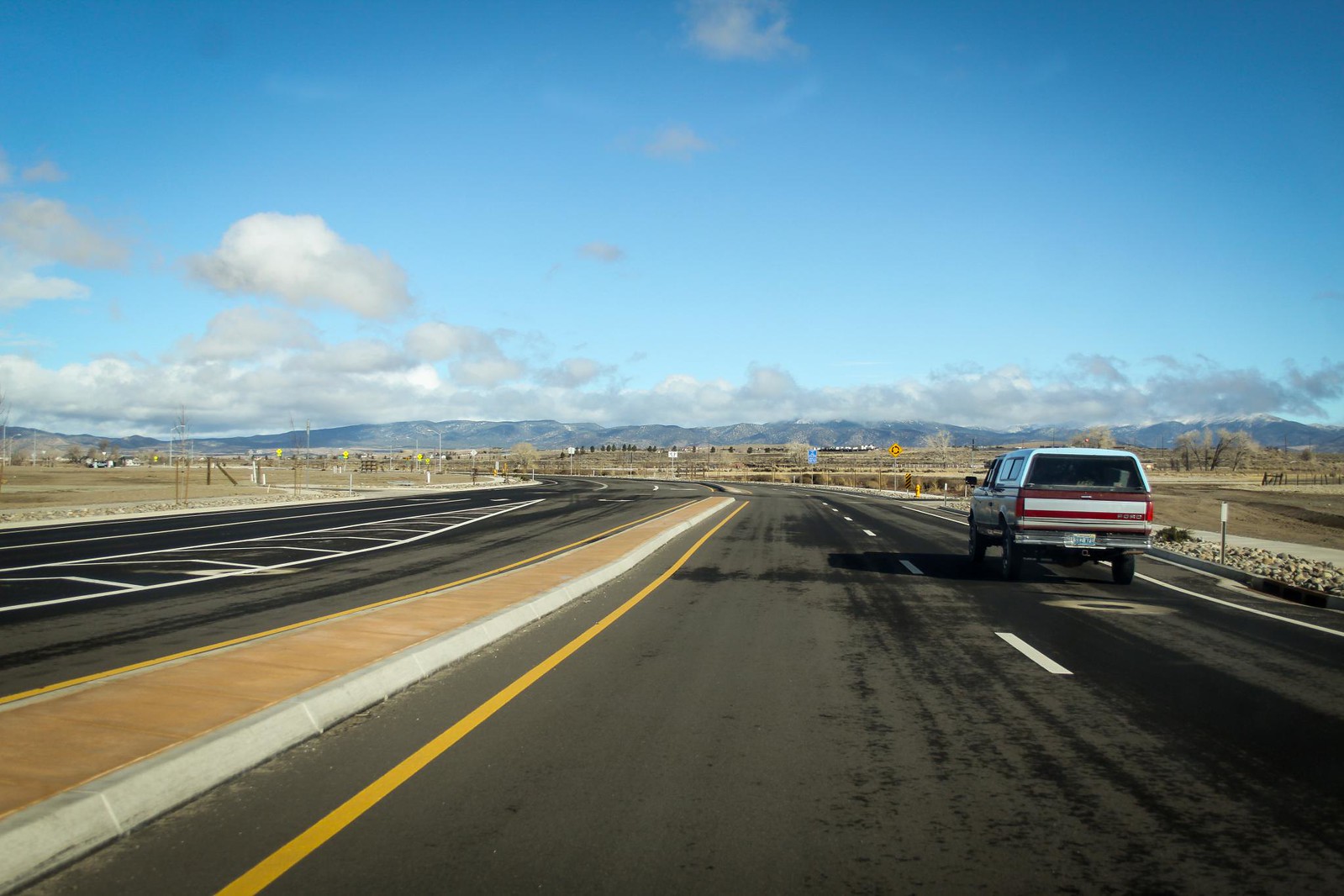 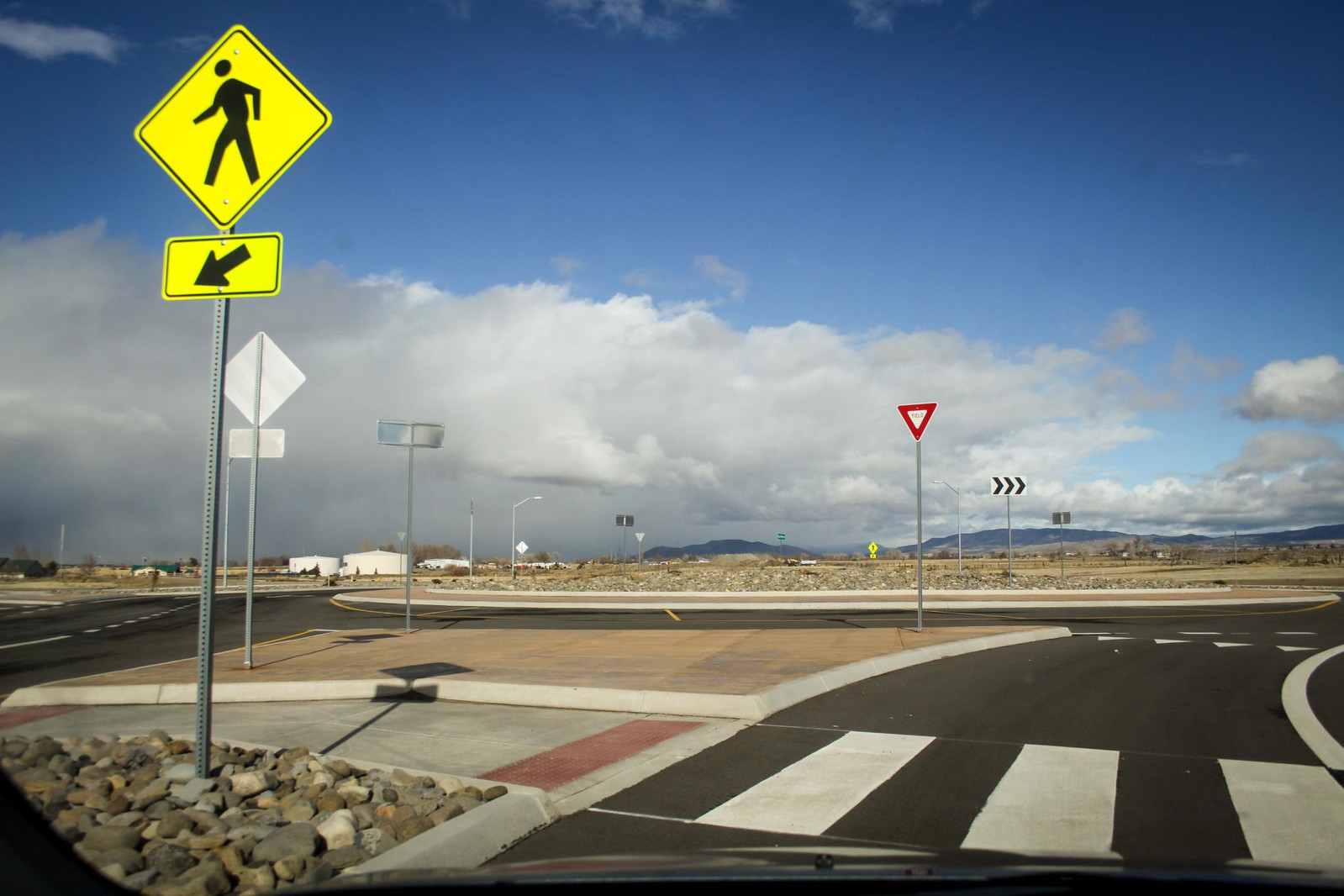 The roundabout is just about the biggest one I’ve seen in Northern Nevada. I guess they had the room and they didn’t have any existing infrastructure to work around, so they decided to go for it. It’s so out of scale with what you expect to find on a rural backroad though. Better than making it too small, I suppose. The land to the left is zoned for commercial, and a few years ago was the proposed site of a big casino complex. They want to be ready for anything that may come in the future on that land. 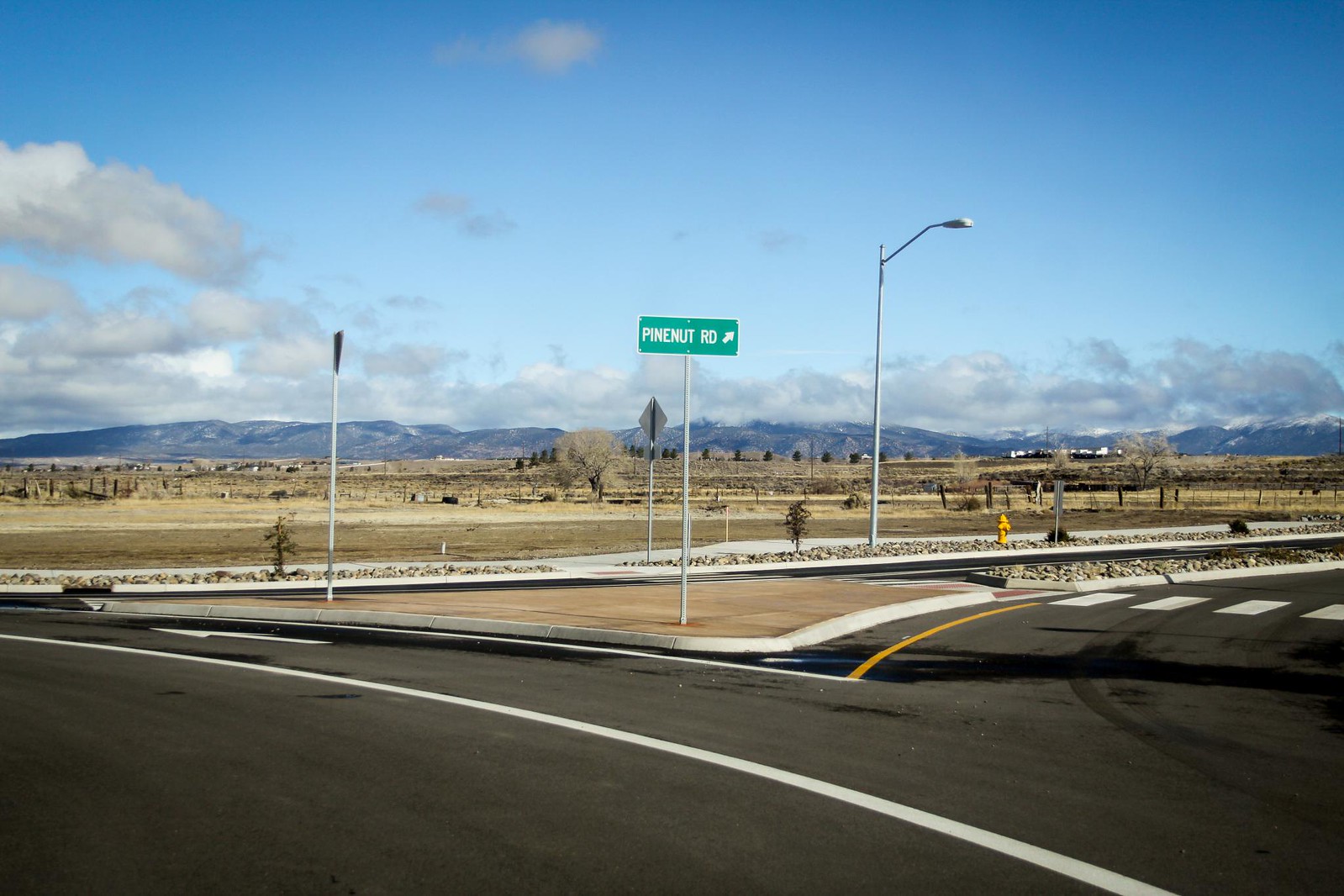 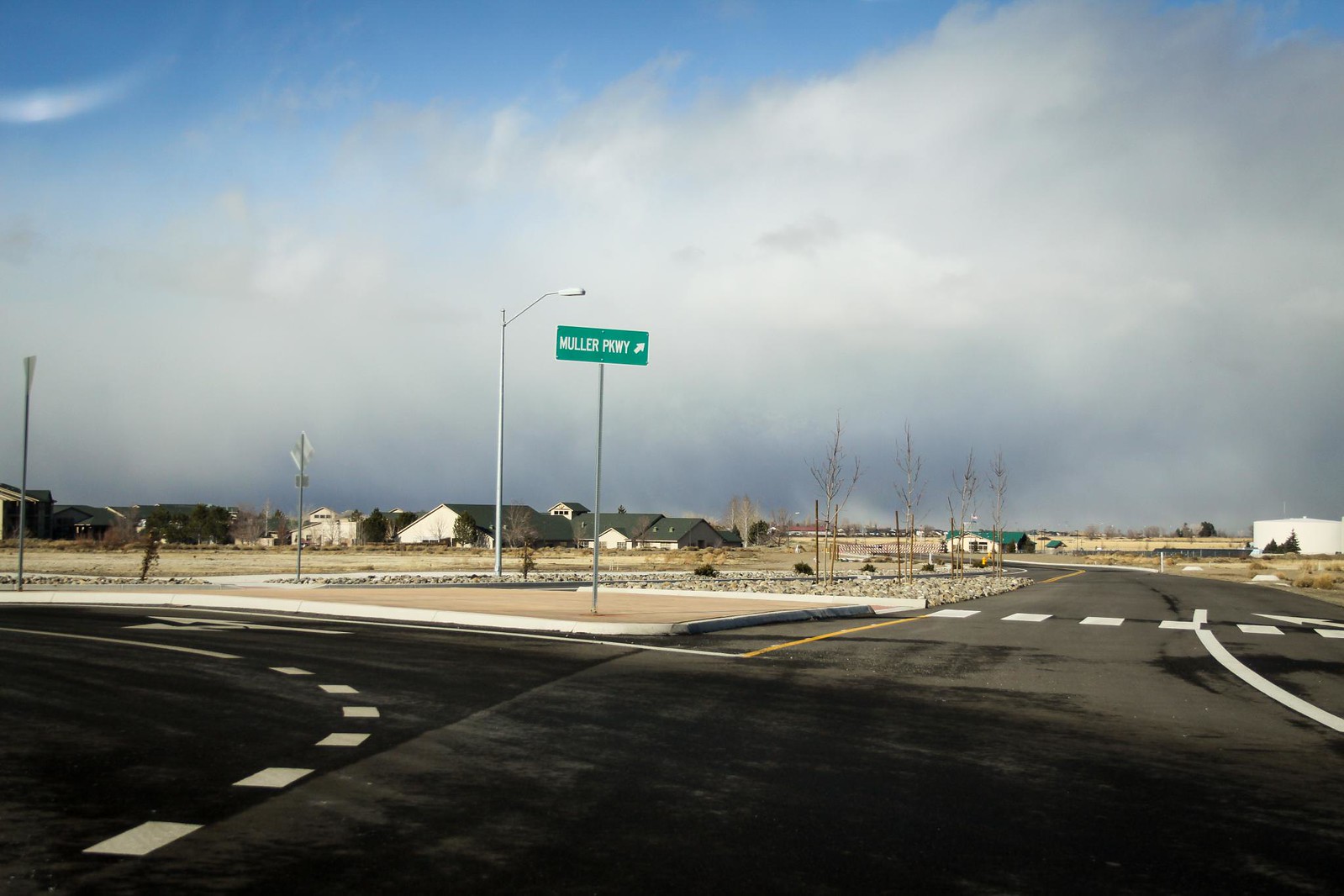 Helpfully marked turnouts send you on your way. 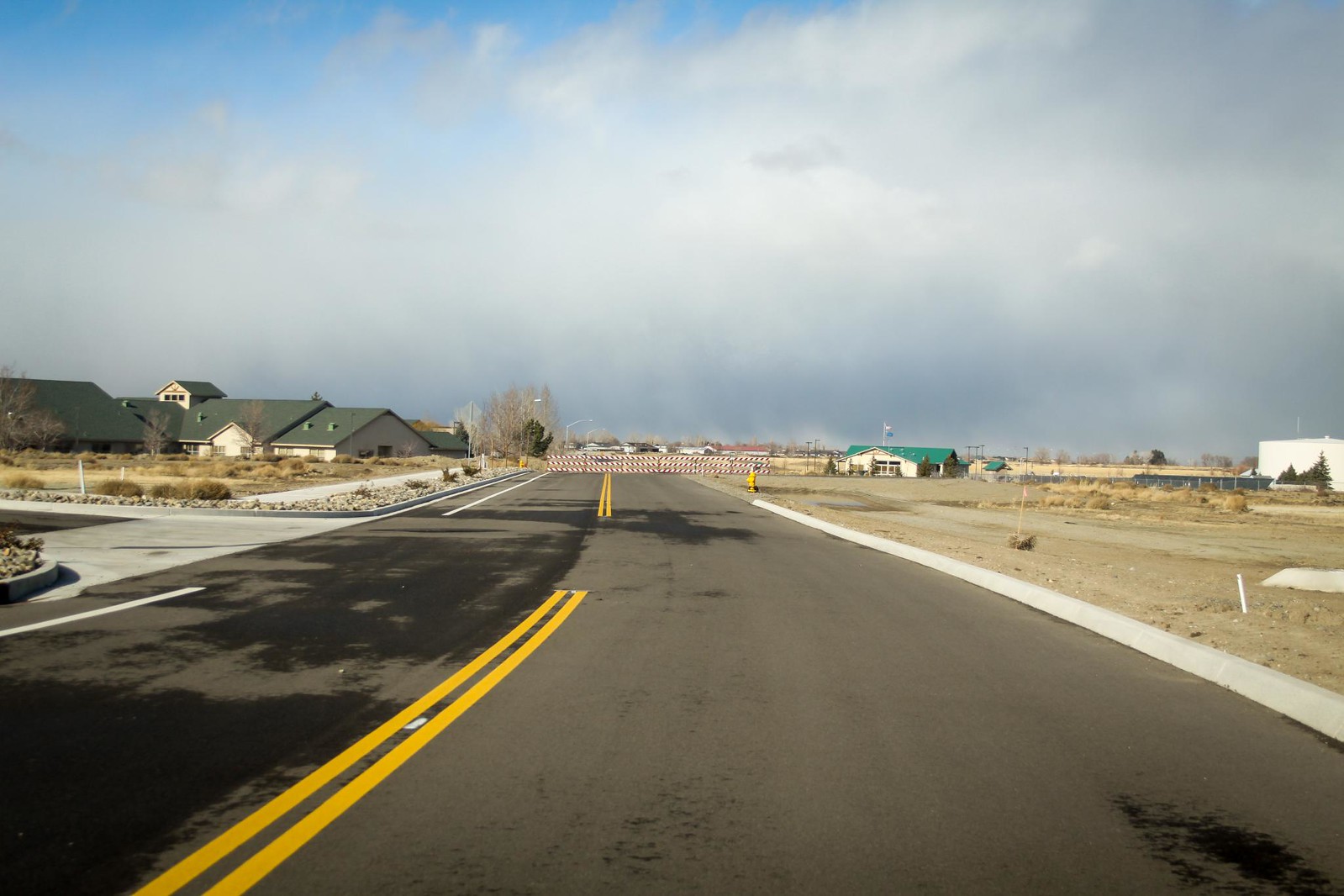 The weirdest part is the dead end. 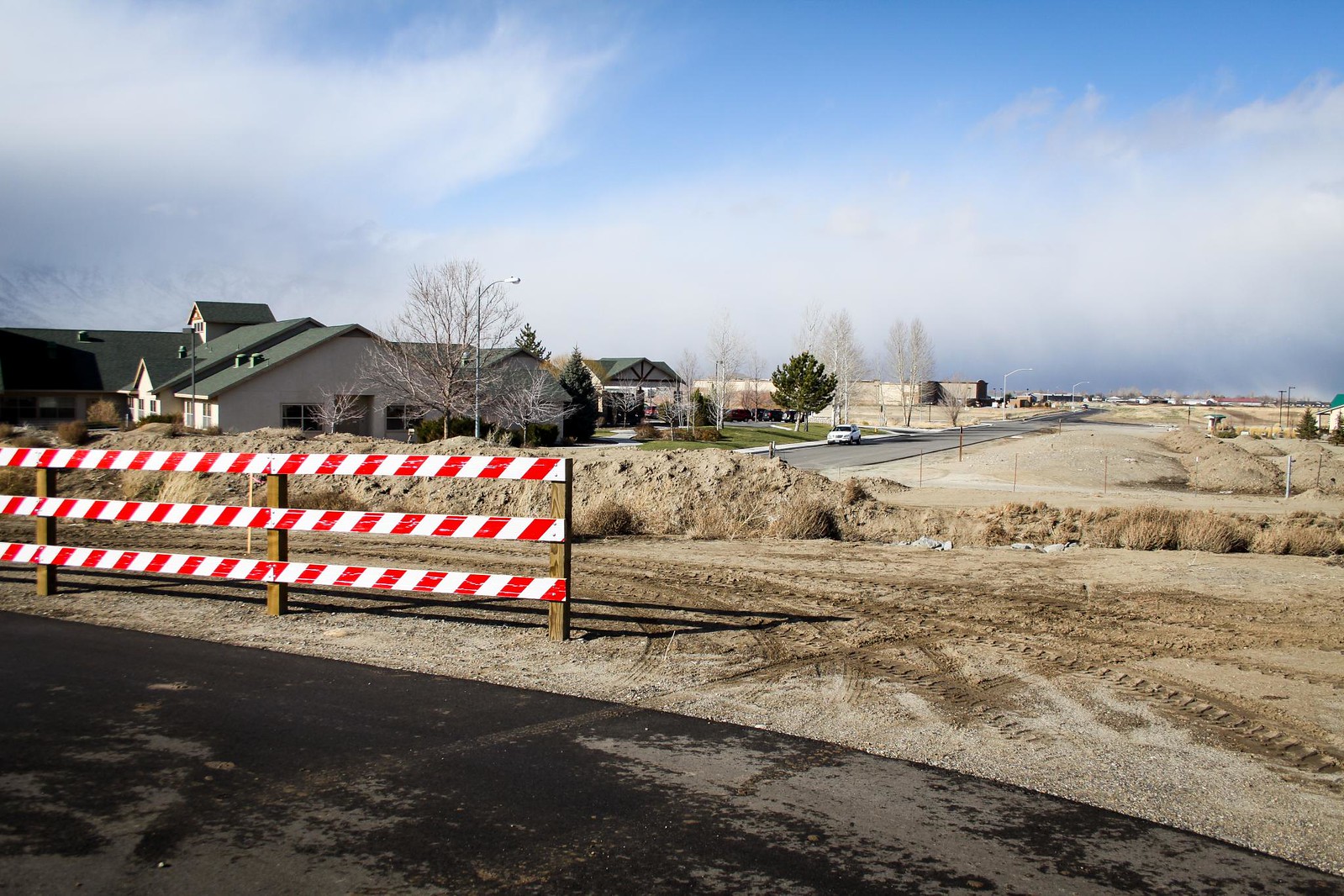 Just beyond the barriers is another road. They could have joined the two, but they made a deliberate decision not to. Sometime in the future, they will expand the Muller Parkway through this dead end and onto that other road. So why not just do it now? That’s probably the most puzzling part of this whole project. Why stop 10 feet short and put up a fence? I’d like to hear the rationale behind this. In the distance you can see the new Walmart. See it, but not reach it. To get there you have to go all the way back to the highway. 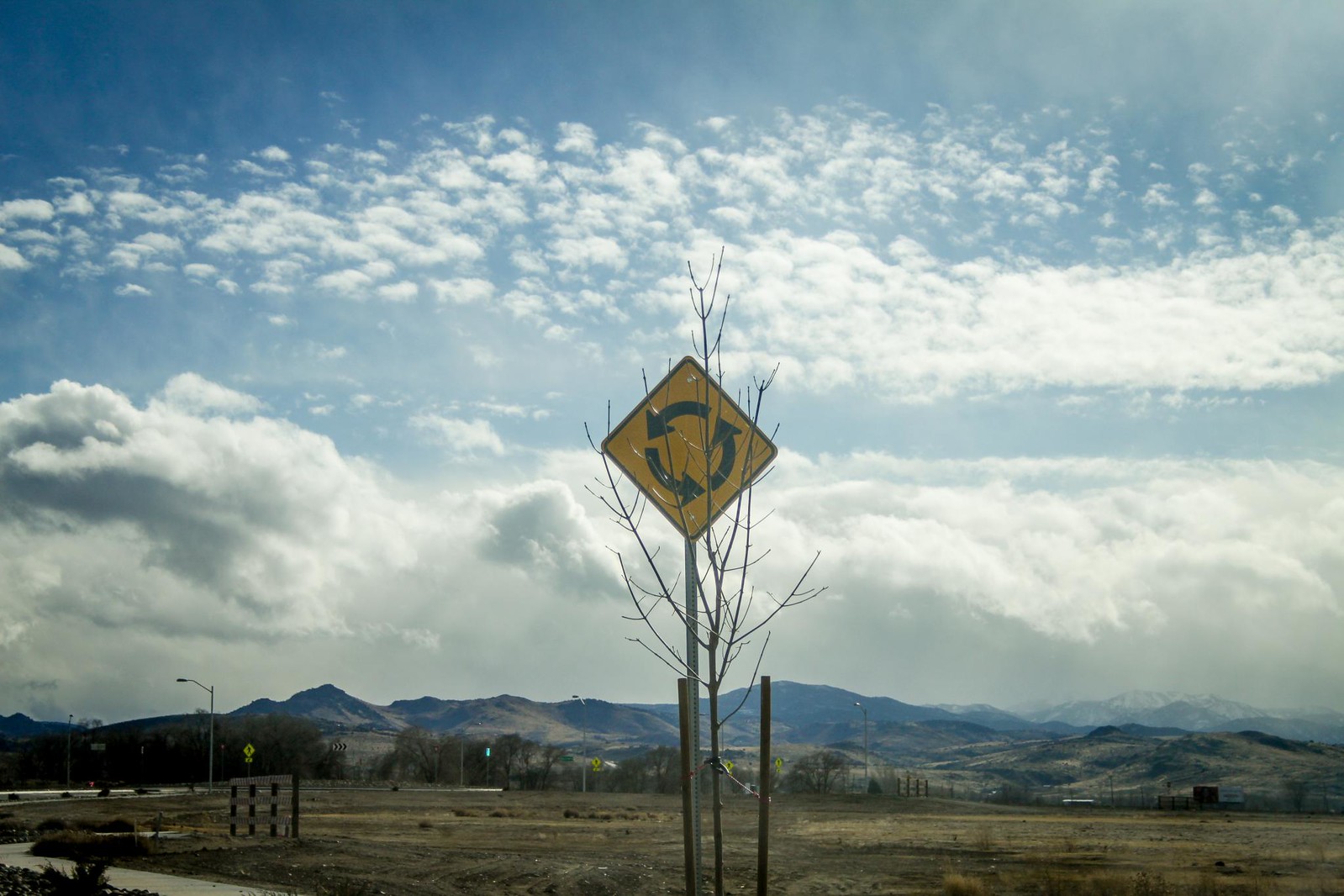 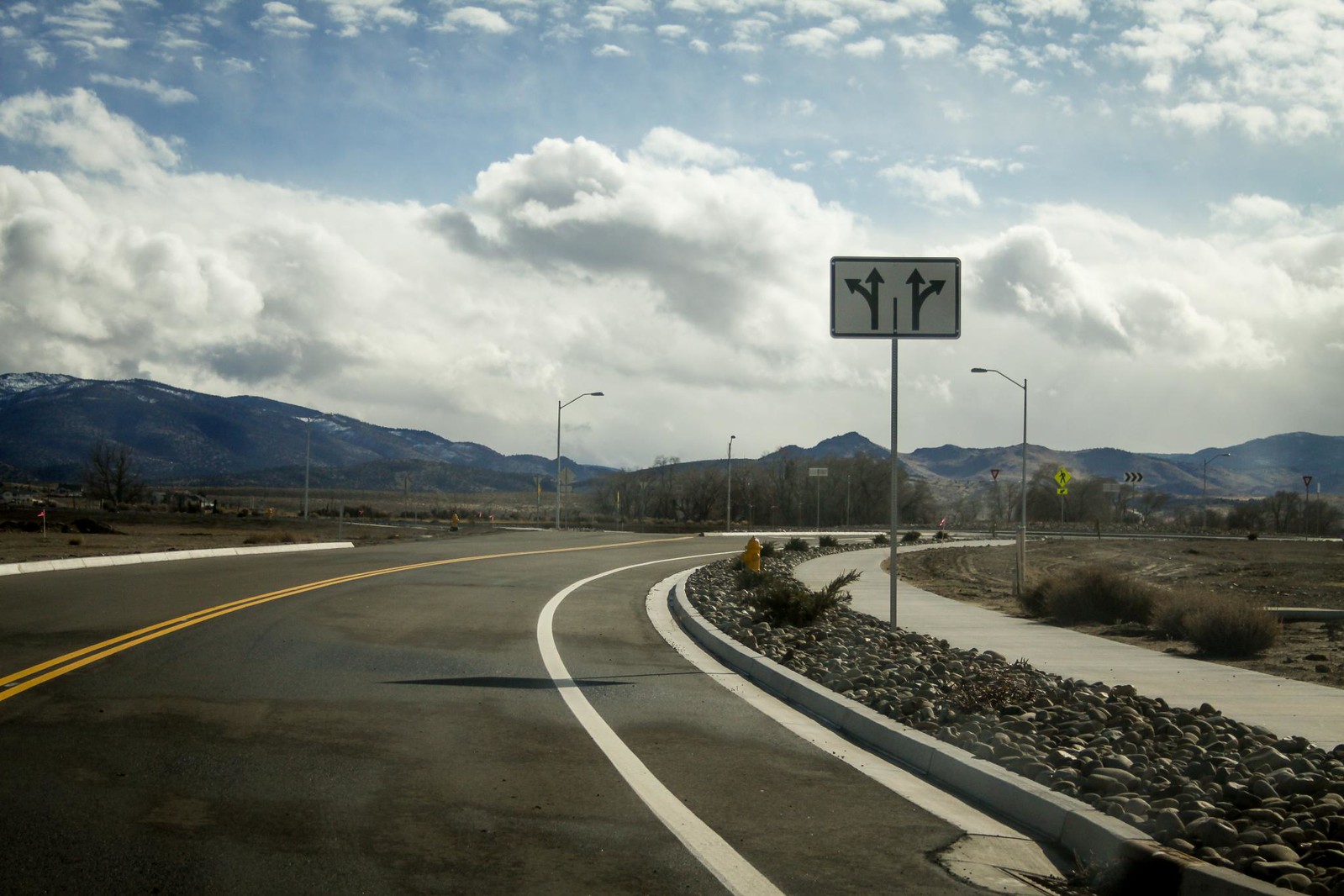 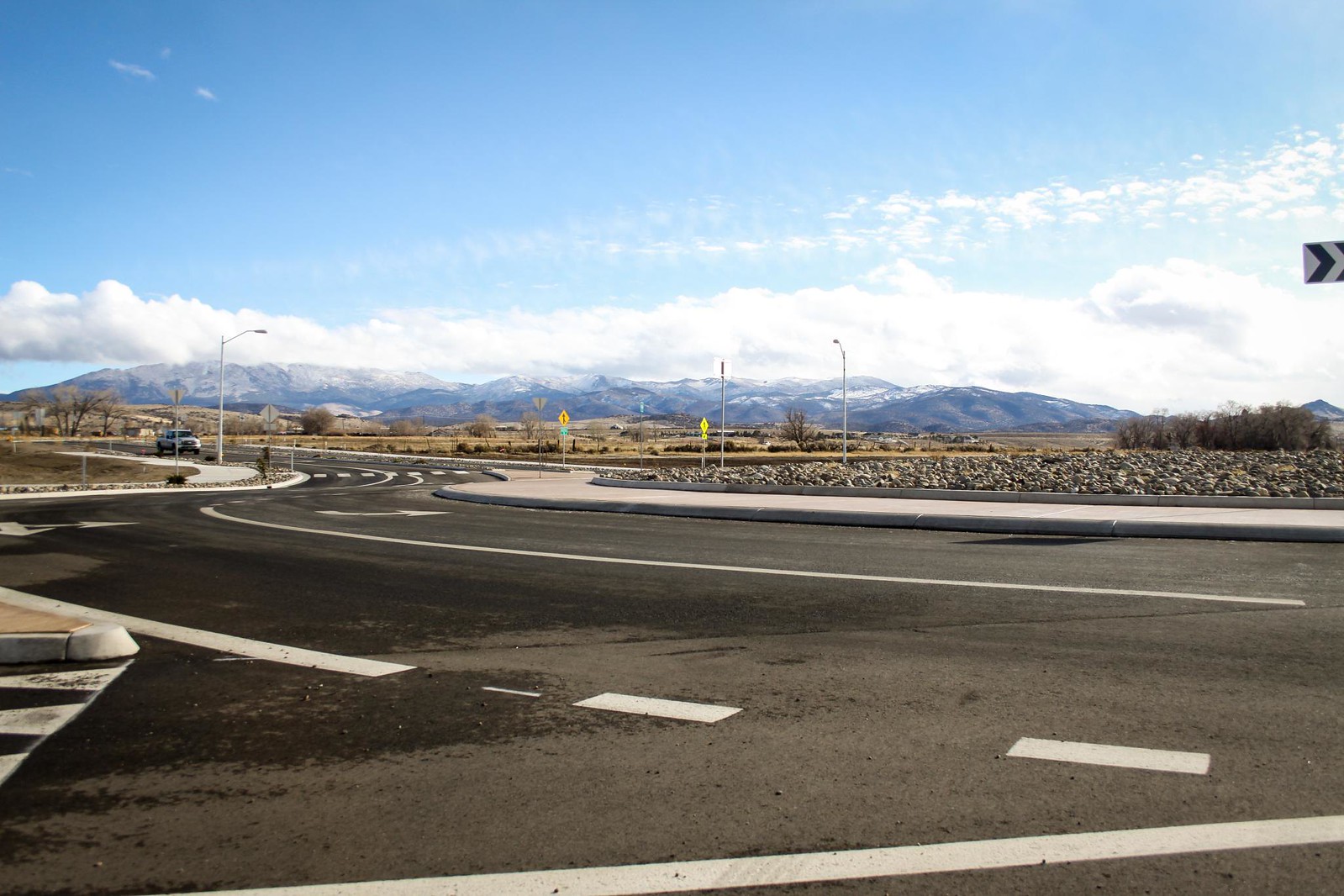 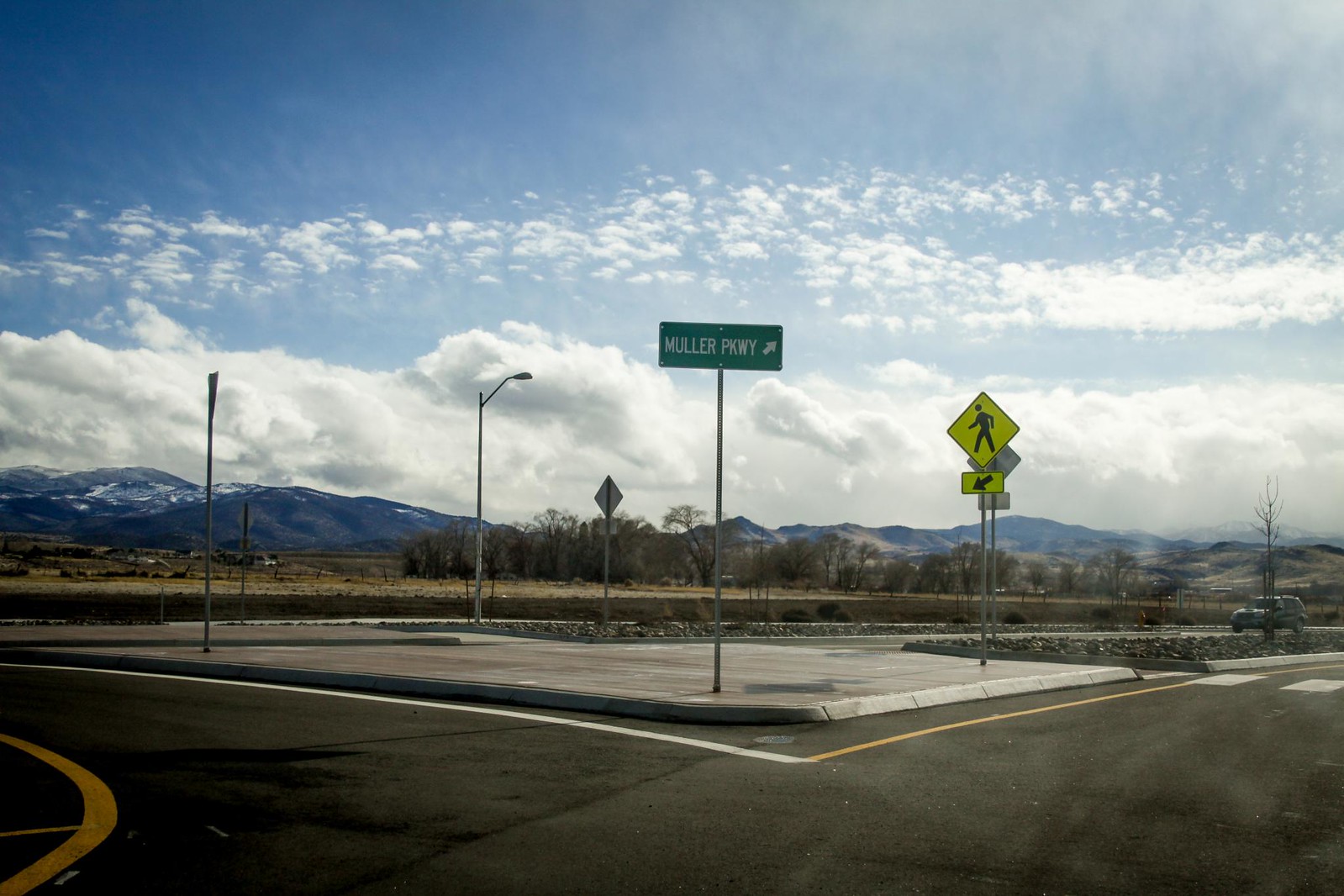 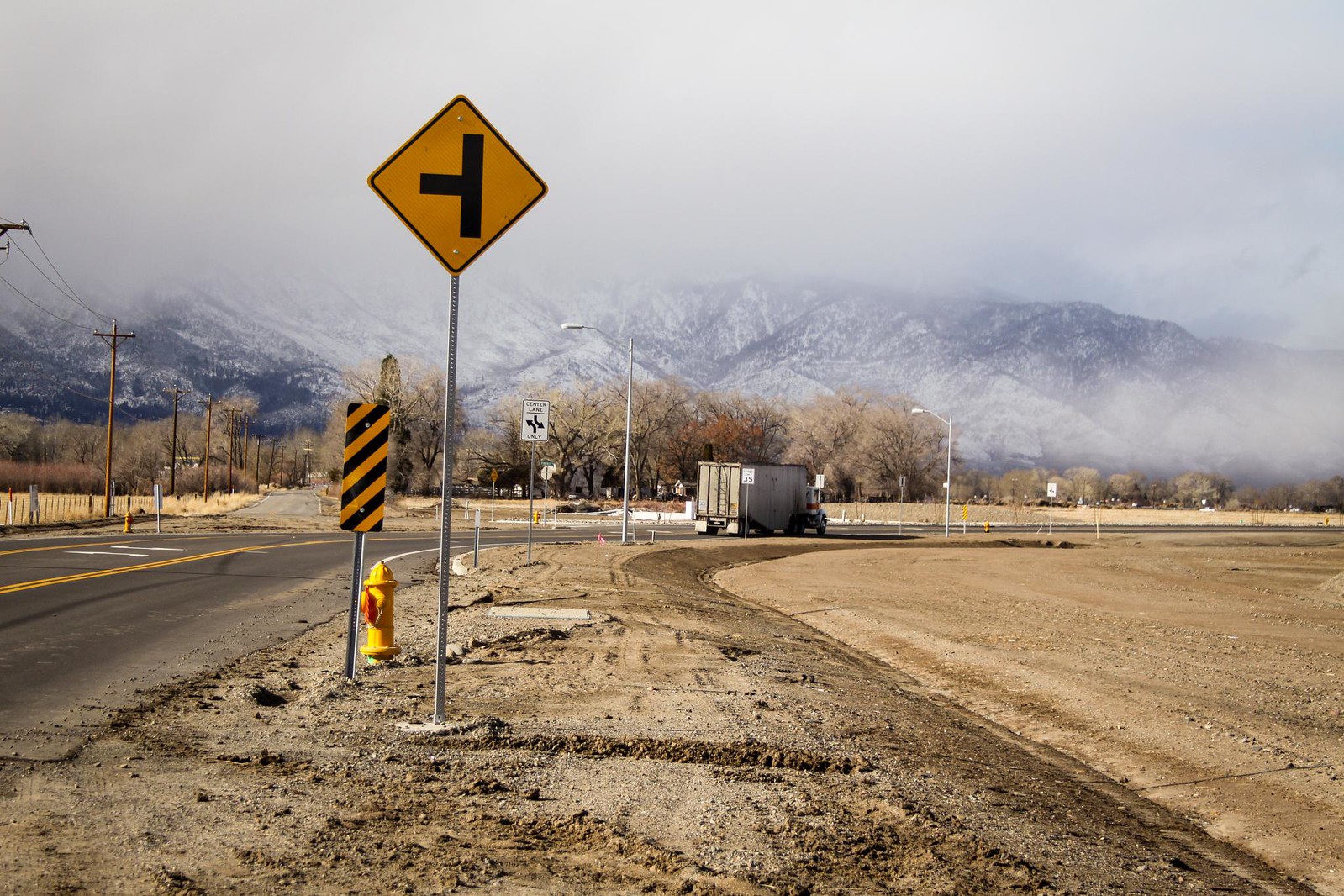 Right now the only traffic using the new road will be heading to Pinenut Road. So it seems like a long way out of the way. Here you can see the old road on the left, which was basically a straight shot to the light, and the new road on the right, which now swings way over to where the roundabout is. 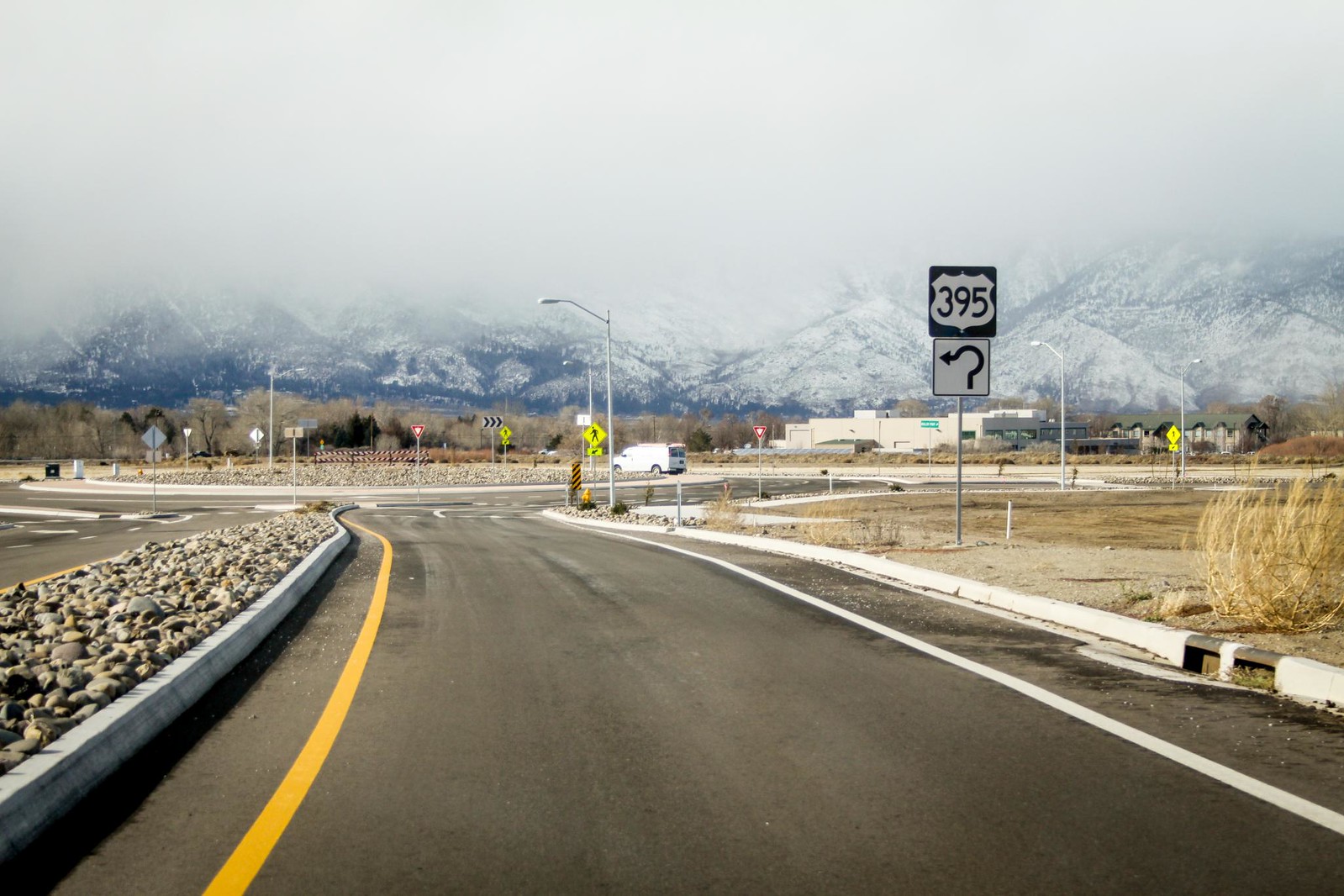 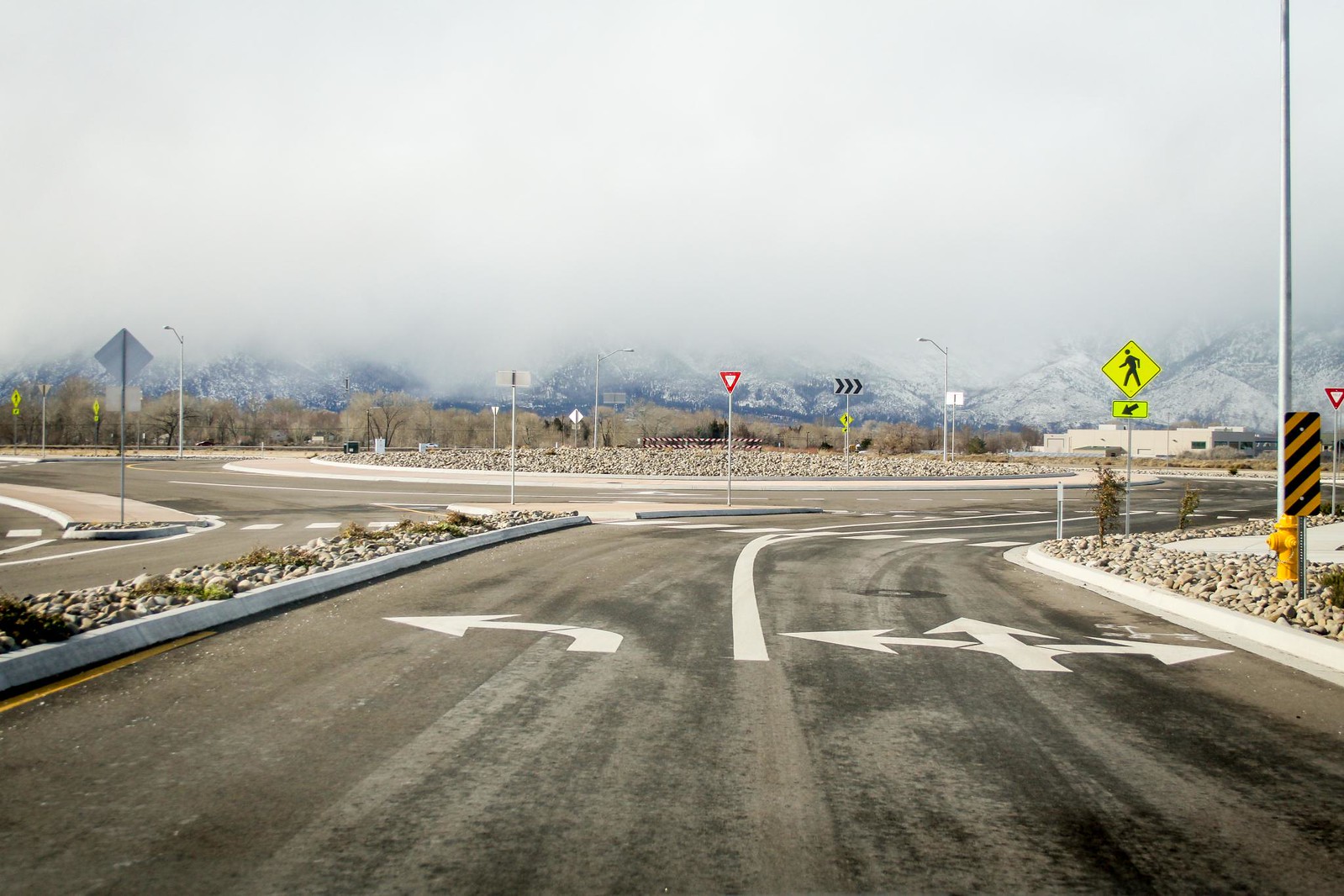 One day Muller Parkway will be finished, and the surrounding lots will be built out, and all this will make sense. Right now, it feels like overbuilding. But that’s far preferable to doing the barest minimum of work now and then having to rip it all out later because it isn’t able to handle increased demand. Overbuilding at the start is always a good idea if you can pull it off. This new road and roundabout is going to be more than enough to handle traffic through here for decades to come. And one day when the Muller Parkway is finished, we’ll all be glad they overbuilt when they did.

For now, though, it just seems weird.