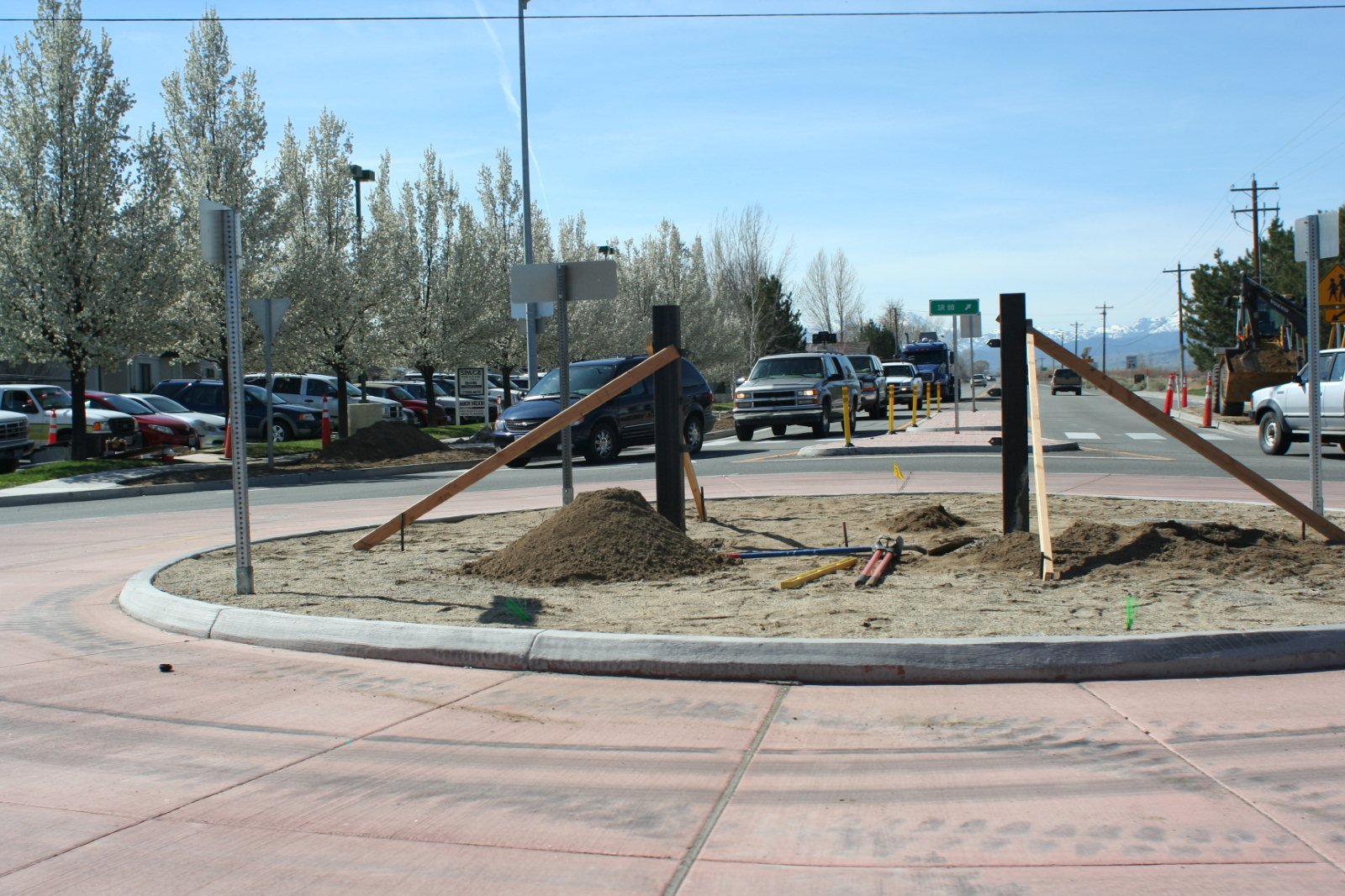 It’s been over two years since the Minden Roundabout was completed, but this week they have crews back out doing more work at that intersection. Much of the work seems to be doing landscaping in the planters along the sides of the road. But they’re also working in the very center of the traffic circle, putting up what seems to be a “Welcome to Minden” sign. All that’s up right now are the posts, but these posts are identical to other signs that have been put up at certain entry points into Minden and Gardnerville. 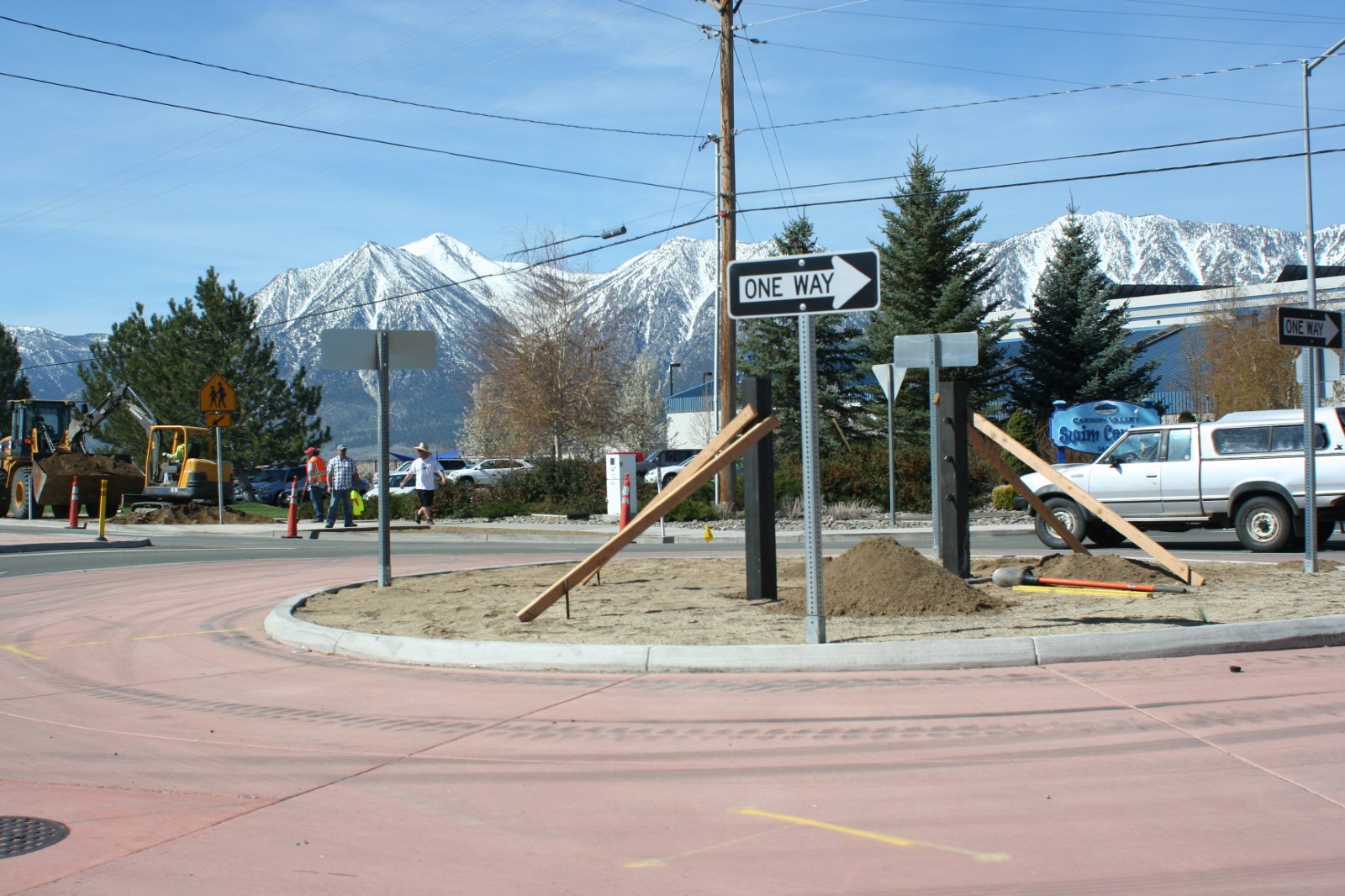 I’m sure it will all look nice when it’s done, but I have to worry about it being right in the center of the street like that. Some large semis cut corners when they’re going through the roundabout. I think I even remember a couple of months ago one of those “One Way” signs was taken out and there were some deep tire tracks gouged through this very circle. So they’re risking the life of their sign by putting it here. Maybe they’ll surround it with some large boulders like the Carson City roundabout has, give it some visual interest and a protective barrier.