Winter is normally not a huge construction season around Carson City, but we’ve been surprised by a pretty mild winter this year. We’ve only had a couple of snowstorms, and actually spent most of January and February enjoying spring-like temperatures. So that’s why we’ve seen some construction projects moving pretty fast, when normally the sites would be sitting dormant this time of year because the weather is just too bad.

Olive Garden especially is coming along nicely. They’ve been plowing through the foundation work even since the ground was broken in January. But now, in the last couple of weeks, they’ve gone vertical, starting to put up some support beams. At this rate they should easily be open by this summer. I’ll keep my eyes on the progress. 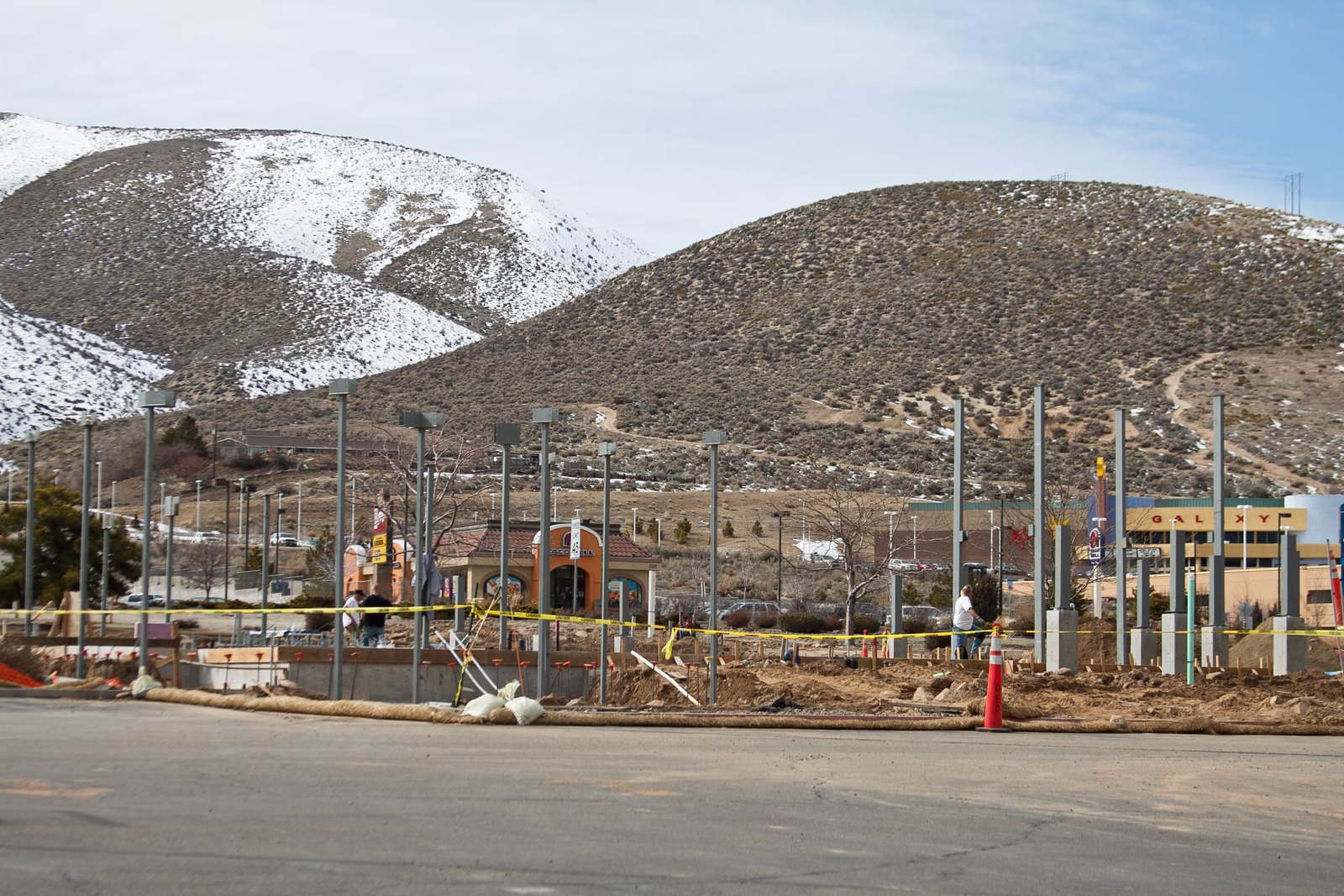 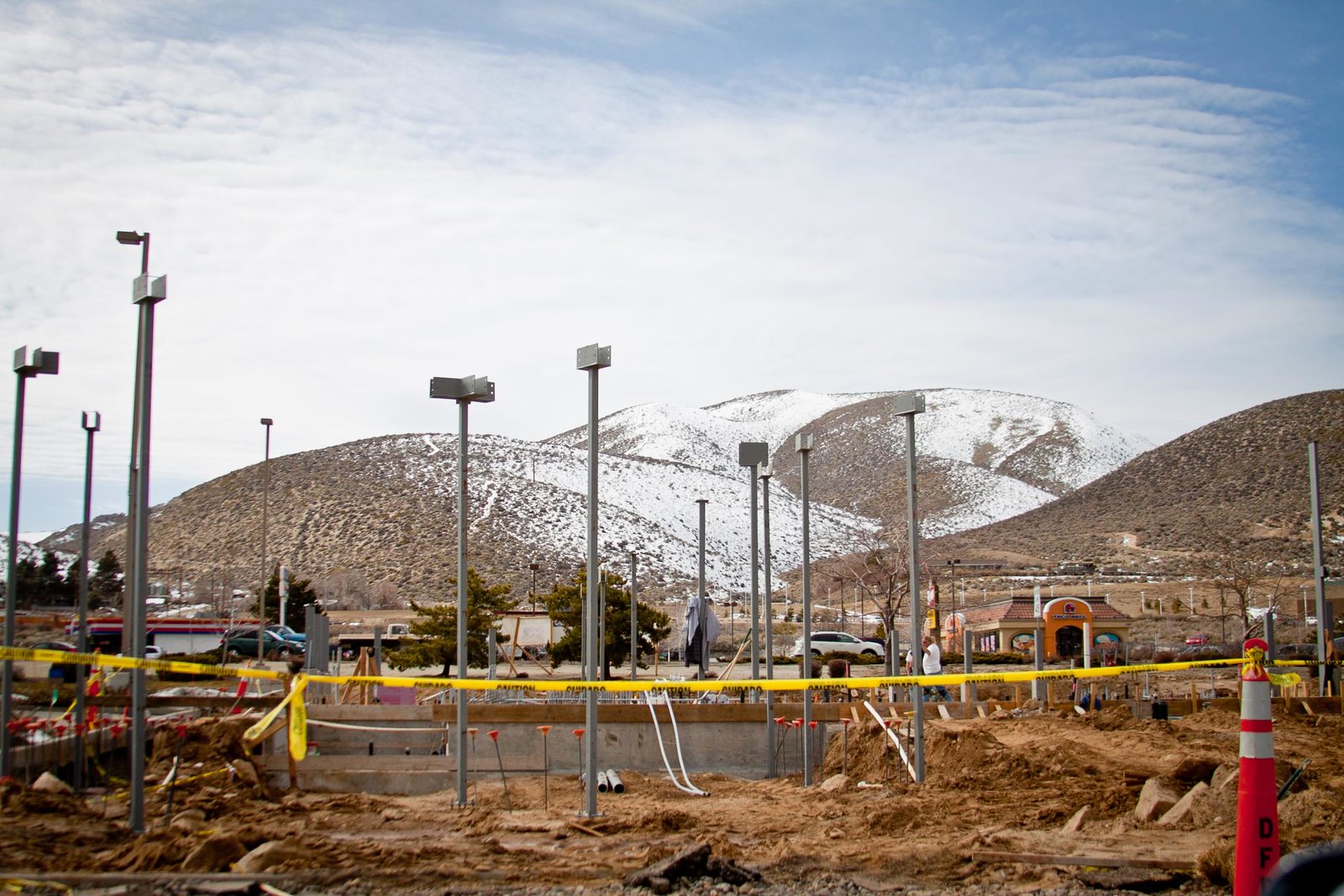 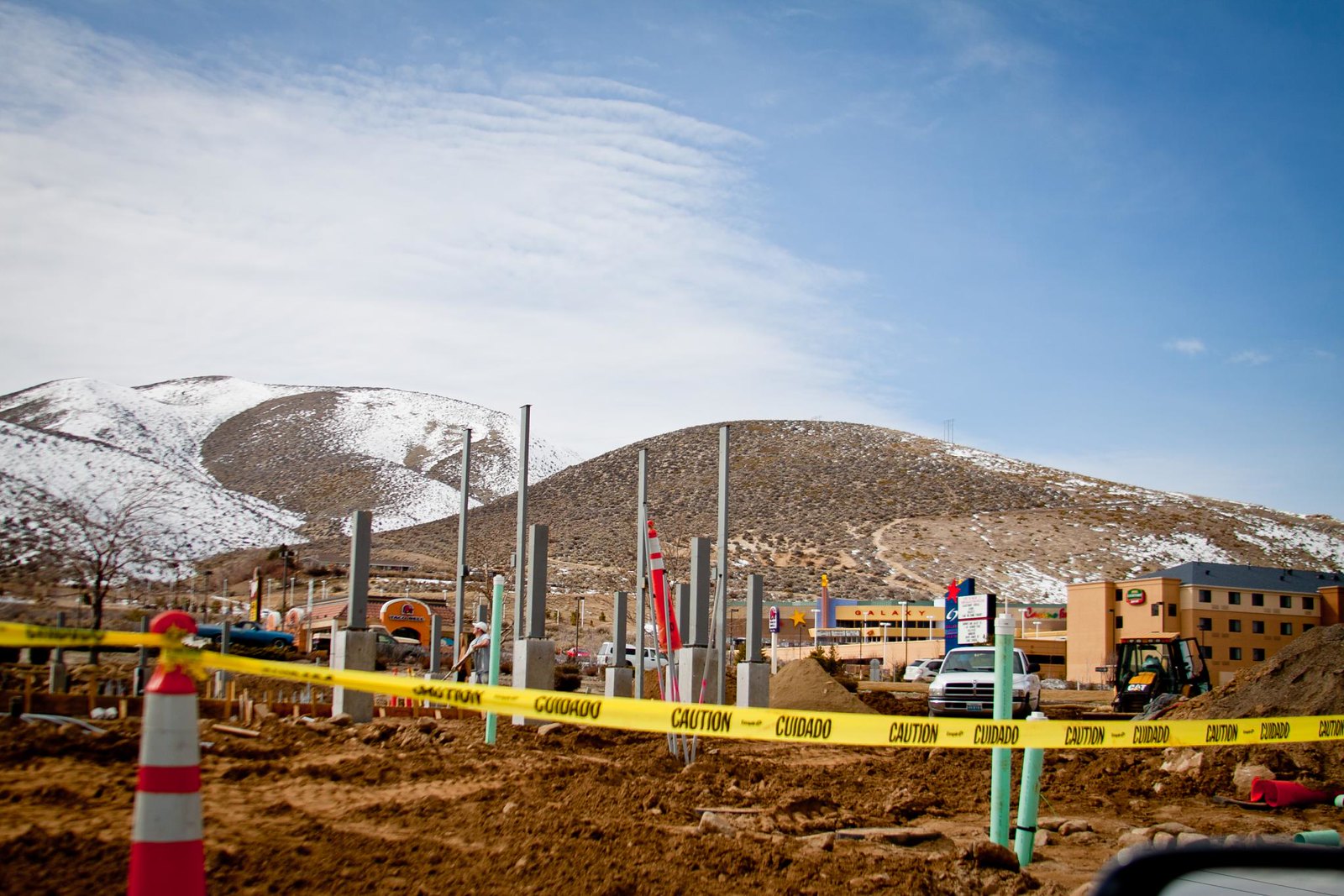 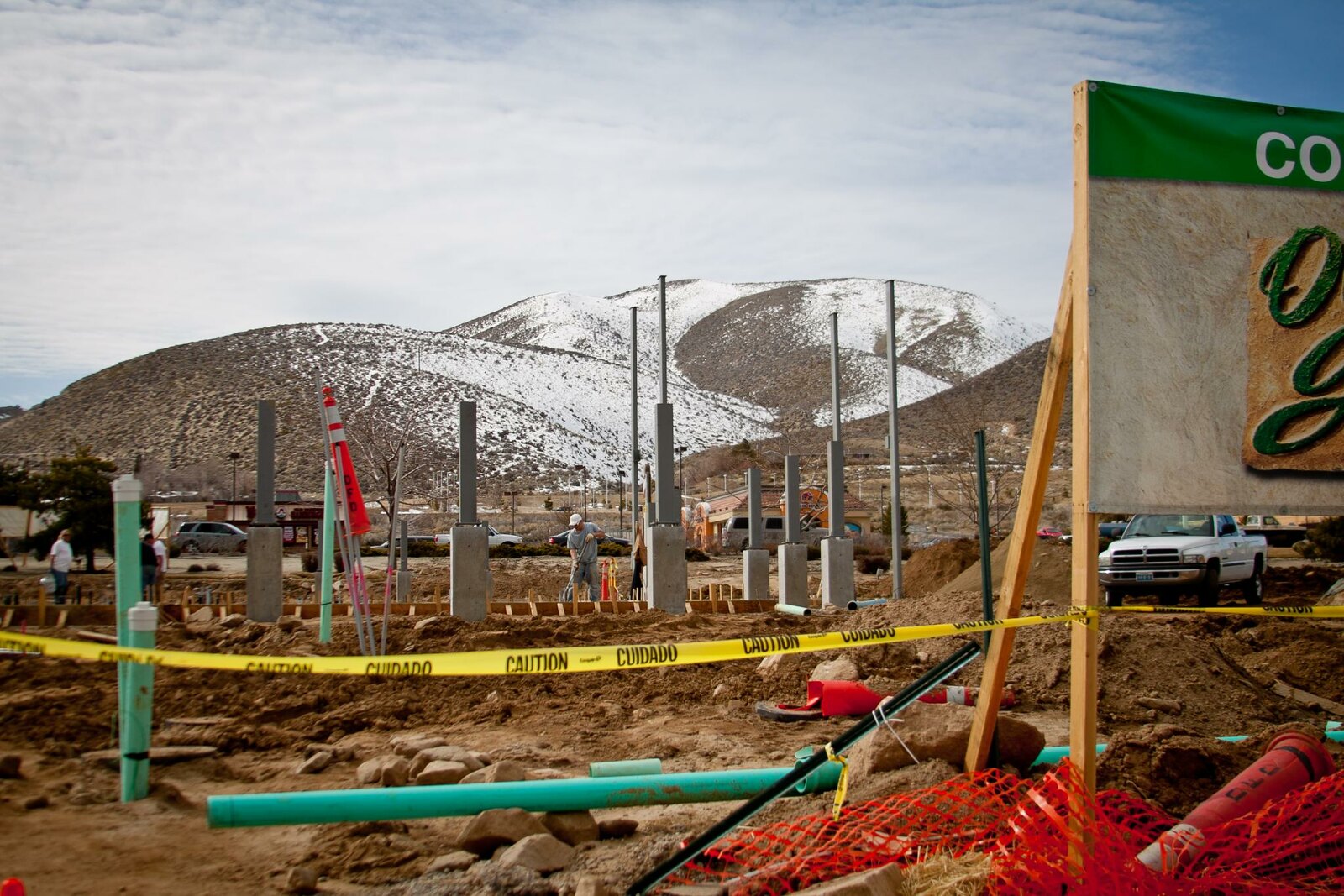