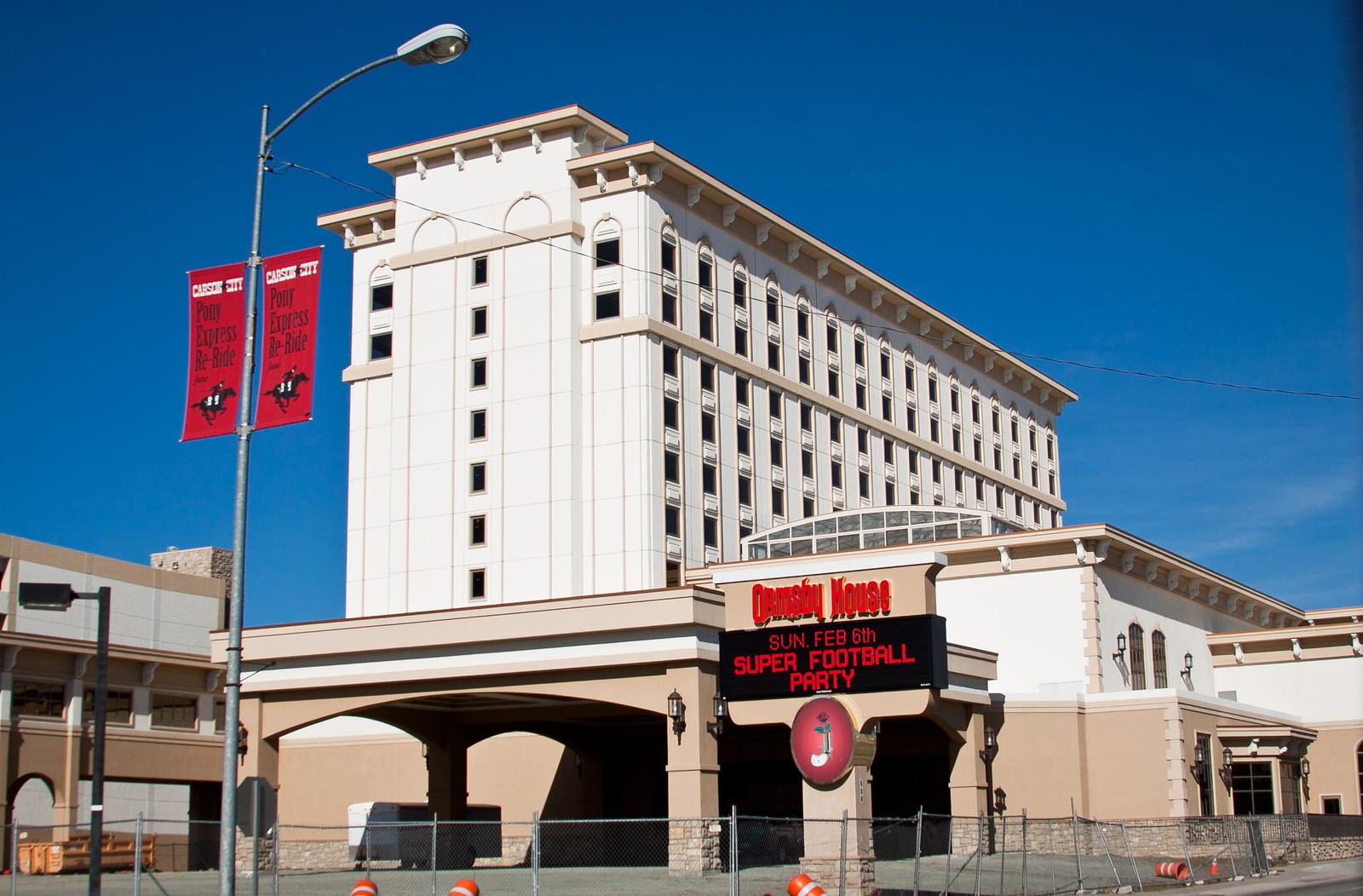 The Nevada Appeal has put together the latest in its annual string of articles about the Ormsby House. These articles come out just about every 12 months, just a basic refresher on the state of the hotel, all, “no it’s not open yet”, “yes they’re still working on it”, “no, there is no opening date”, “yes, it’s become a punch line.” This article seems to be a step above the others, as it’s Brian Duggan’s first stab at writing an article about the Ormsby House, so for him the material is still fresh instead of wearying like it is for the rest of us. Plus this article is more wide-ranging. Instead of just talking to the owners and maybe one city official, this article includes interviews with historian Guy Rocha, contractors that had worked on the project, and economic analysts. It looks at the Ormsby House from several different angles, even bringing up the fact that if the Ormsby House were to reopen this year, it might not be able to survive in this economy. There are also several hints as to what the real reasons are for the project taking so long. It doesn’t seem to be money, because owner Don Lehr talks about how has has sunk over $10 million of his own money into the casino so far, and it seems the remodel could have been done for less than that if they had knocked it out in less than a year. There are little tidbits thrown in about “a handful of men” working on the project, and how early efforts to renovate were gung-ho until the owners started bogging the process down with changes and corrections. There’s a passage about how hands-on Don Lehr is on the construction process, and I think that is the heart of the problem right there. Don is acting as project developer, construction manager,Â  supervisor, and foreman, and he’s trying to do them all at once even though it’s too much for one man. He needs to bring in an experienced developer and a team of managers to get the project back on track. Instead of tackling just one aspect of the building at a time, with a “handful” of men, they need to assemble a huge construction force to swarm the building and do everything simultaneously. That’s their only hope of getting the hotel open this decade.