I know it’s been years since any real progress has been seen on the Ormsby House. I trust that they’ve been working on the inside, because sometimes you see trucks parked outside, and the doors are open during the day and closed at night, so something must be going on in there. But you don’t get to see any actual progress on it.

That’s why it was so shocking this week to see actual tractors on site! They’re starting to grade the dirt on the south side of the hotel, under the portecochere where the valet parking and loading zone will be. 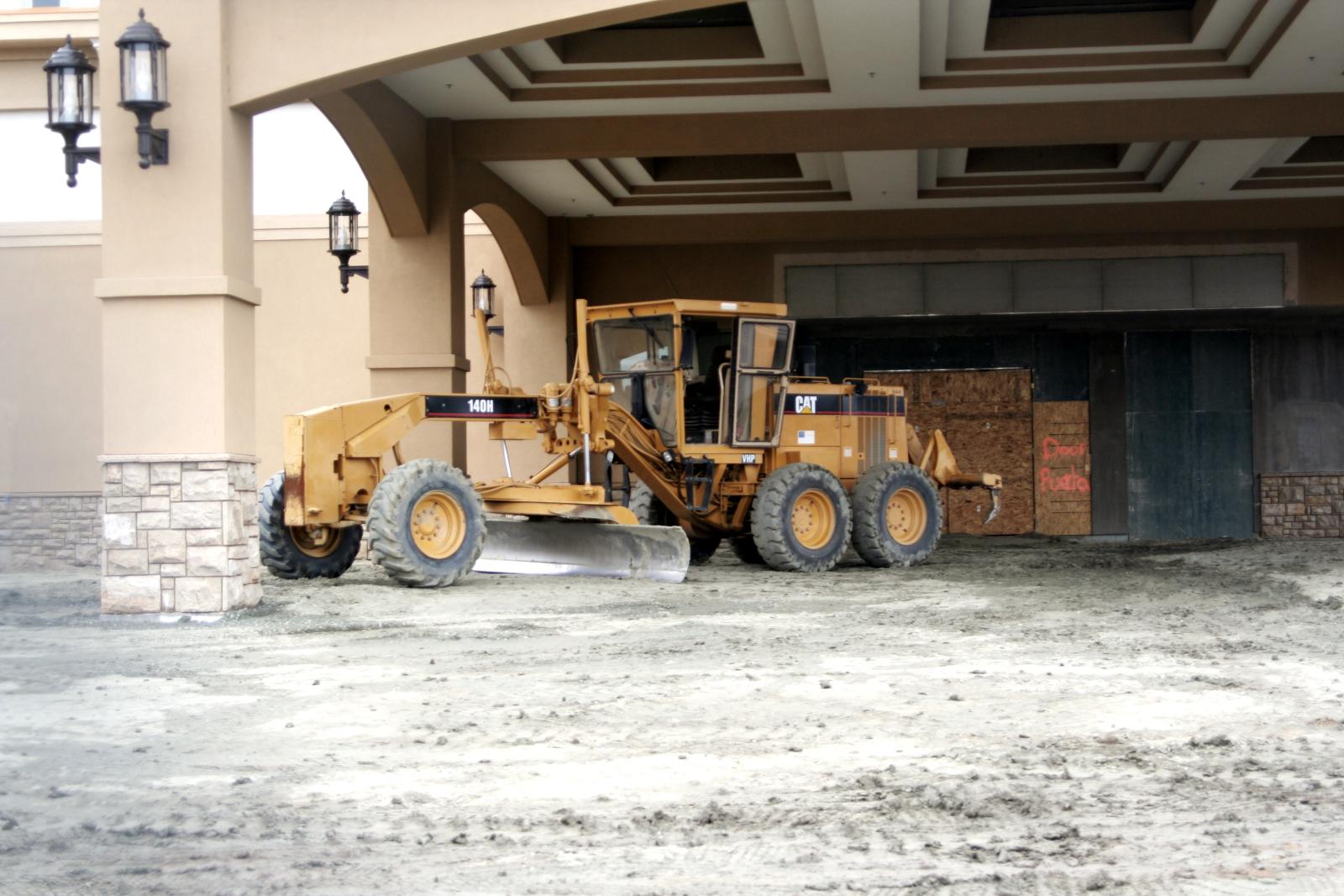 I think we’re approaching 10 years since the owners of the Ormsby House originally bought it. Although it took them a while to appraise the situation and decide to do a major renovation. It was September of 2000, I believe, when the doors closed for the last time. And while you could say it would be nice for them to be done and reopen in September of 2010, making the renovation a nice round decade, I don’t think it’s going to happen. 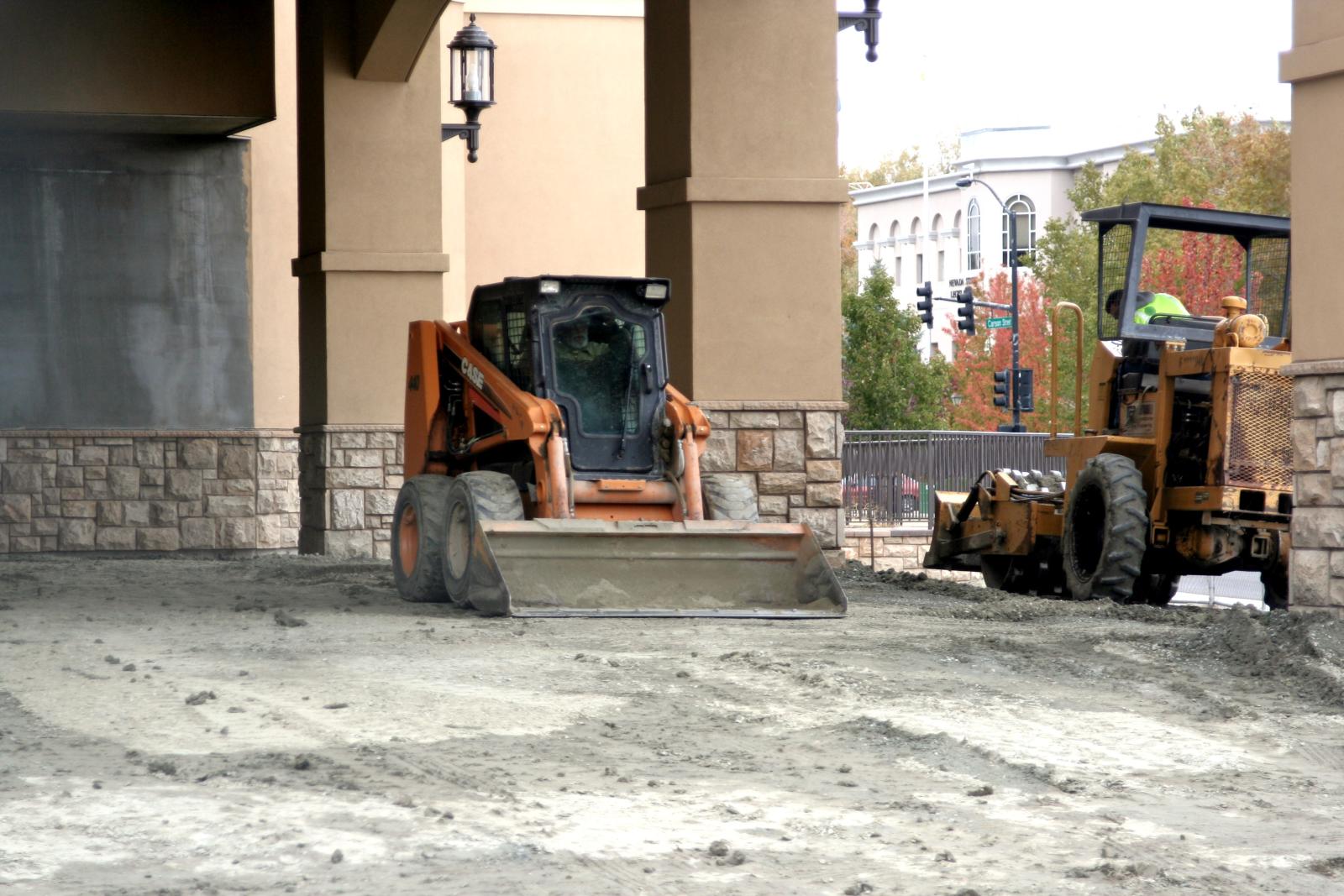 I have honestly never seen a construction project this surreal. There was a year or two at the beginning where it seemed like nothing was happening. But ever since around 2002 or 2003, when they started renovating the exterior in earnest, I don’t think construction has stopped on the Ormsby House. Certainly not long enough for it to ever be considered an “abandoned” project. There’s always a small crew on site, maybe just one or two people, but the construction never stops. It’s just progressing at the most snail’s pace you can ever imagine. 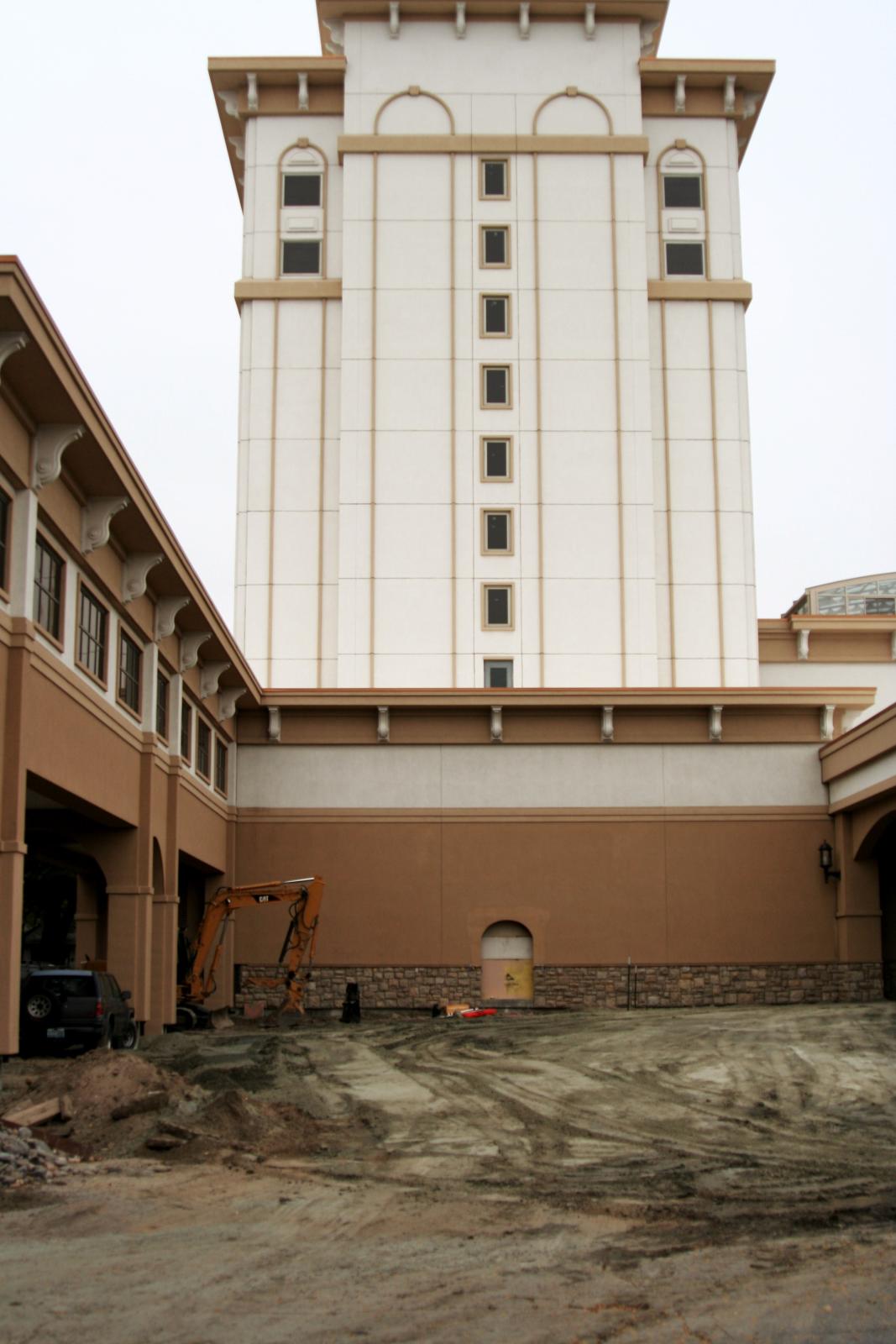 And I don’t mean to blame the construction company. MBI, from what I can tell, is very capable and they have started and finished dozens of other projects since the Ormsby House began. I’d say the blame has to be placed squarely on the owners, who must be dribbling money into the construction fund a hundred dollars at a time. Like they’re waiting for their Social Security checks to come in. Or they have a tip jar in the library that they’re funding the project with. 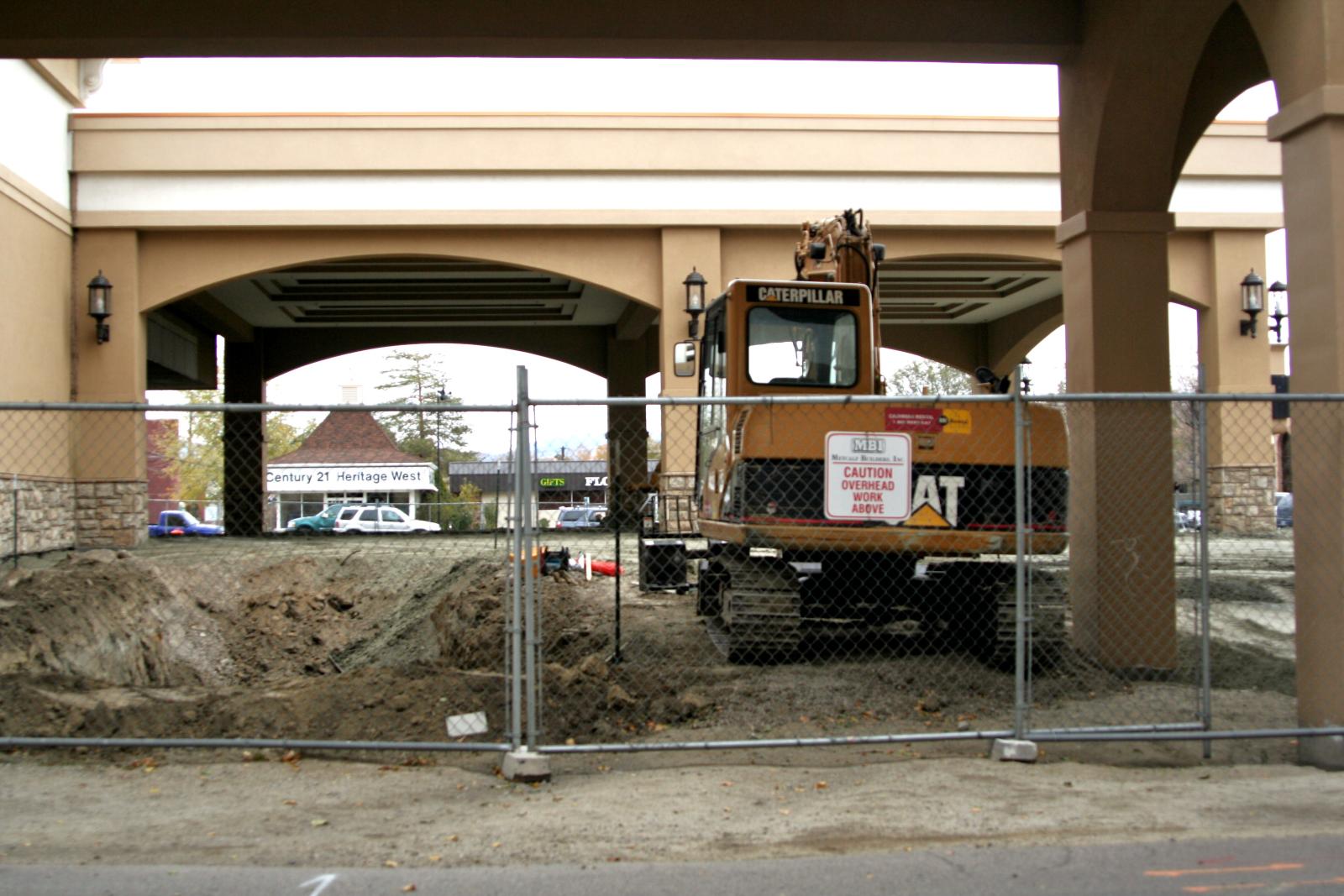 So will the Ormsby House ever open? Probably. It’s inexorably creeping towards completion, and even at this pace the end will be reached eventually. But will any of us be alive to see it? Doubtful.