The Nevada Appeal today has the story of a missing historical marker. You know those blue markers in the shape of Nevada that dot the landscape? Sometimes they go missing, either through theft or vandalism, or they’re removed during the course of nearby construction. Sometimes they are put back in place after the construction is done, as was the case with the marker in front of the Carson City Courthouse on Musser. That one was missing for a couple of years while they built the new jail, but now it’s back and looking better than ever. 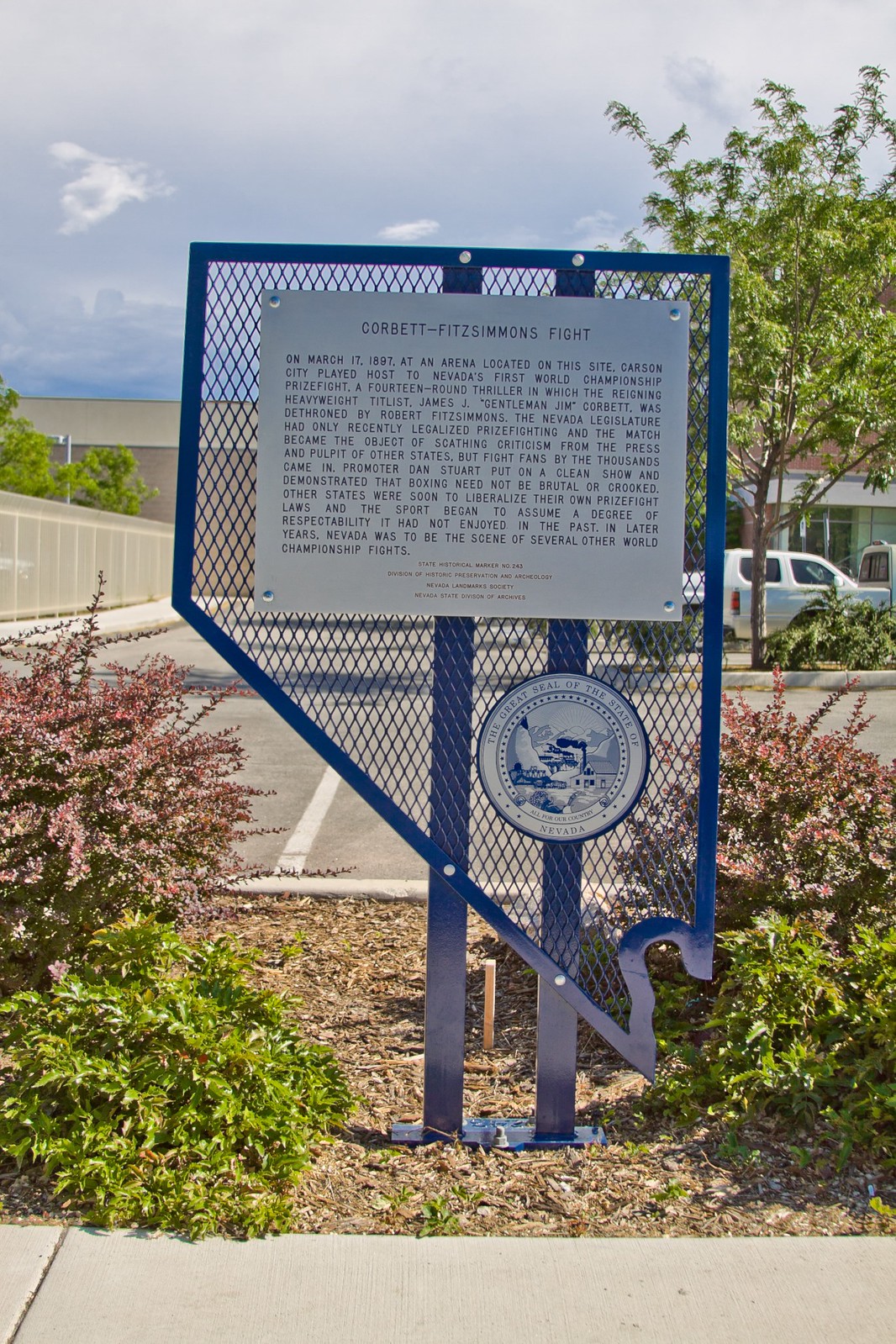 This marker is not missing anymore.

But sometimes the disappearance is a complete mystery. Marker #179, titled “First Air Flight in Nevada”, is one of those. It went missing about 9 years ago, nobody’s sure exactly when, and an involved search so far has turned up no sign of it. The Appeal story interviews the daughters of the woman who pushed to have the marker erected in the 1970s. They’re looking to have it replaced not just because it’s part of the historical marker system, but also as a testament to the hard work their mother did to research it and get it installed.

If you’re interested in the markers, the definitive site to go to is Nevada-Landmarks.com. Paul at the site has personally visited every single marker in the state, and personally search the ground for every missing one. Some of the missing ones he has actually found, either sitting in NDOT yards waiting for restoration, or moved to a new location. But some remain eternal mysteries, like #179. He has a whole page dedicated to the missing ones, and it can be fascinating reading.

So keep an eye open for these markers as you’re driving around town. And if you see one in someone’s garage or backyard that says “First Air Flight in Nevada”, let us know!