I realized a couple of things that I had missed that happened during my haitus. 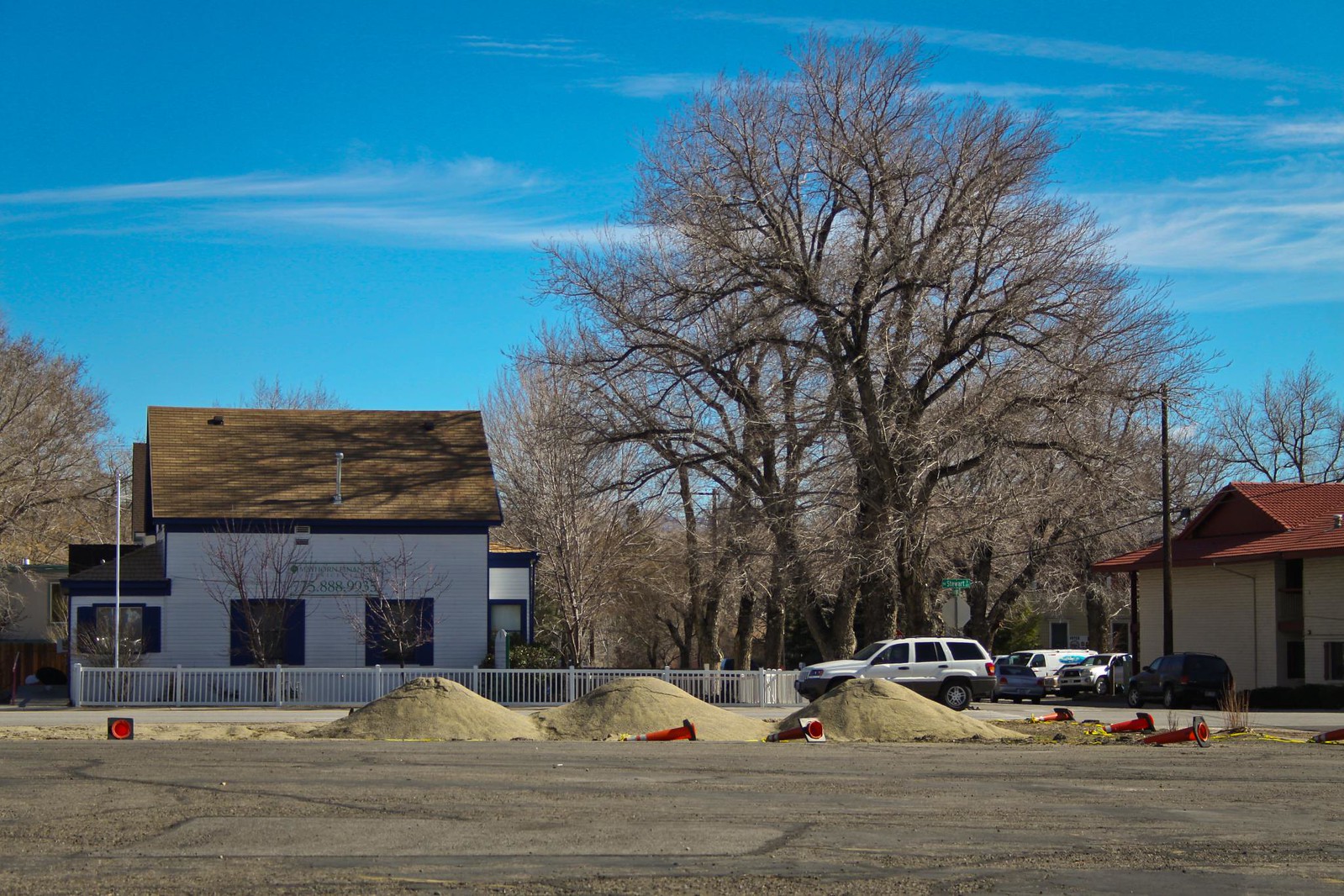 The Stewart Street Holdout House, which I gave a lot of attention to last summer when it was being used for fire training, was unceremoniously bulldozed during the fall. I didn’t even notice it happening; I just drove by one day and it was gone. Talk about going out with a whimper. I was hoping they would really and truly burn it down when the training was finished, instead they just kind of pushed it over and hauled it to the dump. Now the empty lot sits there, waiting to be swallowed up by the City Center project, if that ever happens. 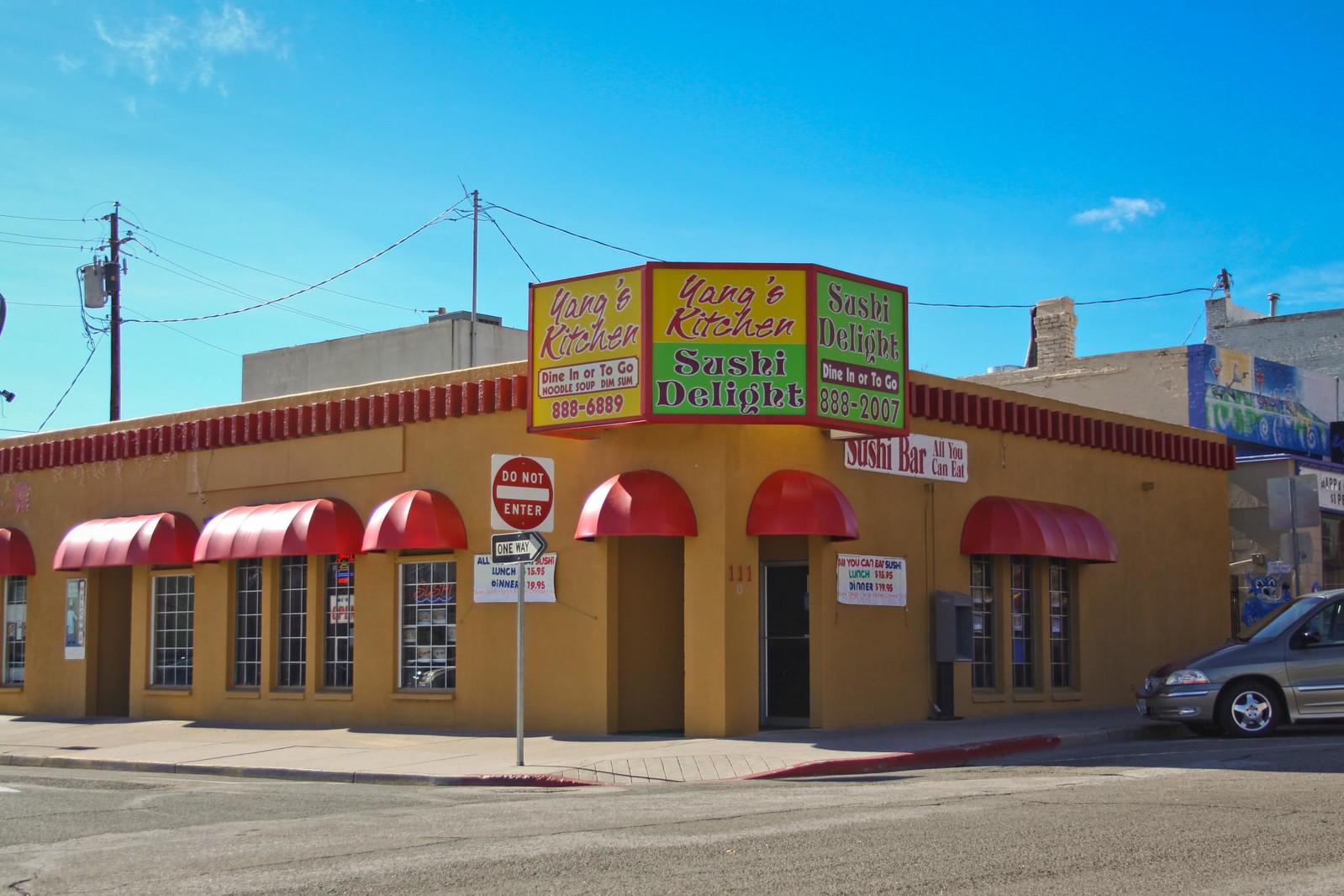 Nearby, the old Thai Spice Kitchen was taken over by new owners and repainted into Yang’s Kitchen. Â As Bbkld pointed out, this used to be the Greyhound bus station. Then it became a fairly decent sushi restaurant. But now under the new management, I haven’t been there yet but I haven’t heard good things. Let me know if you think it’s worth trying.

The new Gateway Signs at the north, south and east ends of town are pretty much finished and just waiting for the actual signs to be installed. They did get a new add-on this week, though: solar panels. Big huge solar panels for little tiny floodlights. When do you think solar technology is going to get more efficient than this? That panel is nearly as big as the sign.

The State finally is undertaking an effort to update the Nevada State Historical Markers scattered around the state. At least they’re rewriting the text for many of them, and putting the new text online. Eventually, when they get the money, they’ll go out and make new plaques with the new text. This is good to see after several years where the markers were being neglected and, it looked like, forgotten by the state. Now they just need to get on top of replacing the ones that have gone missing.