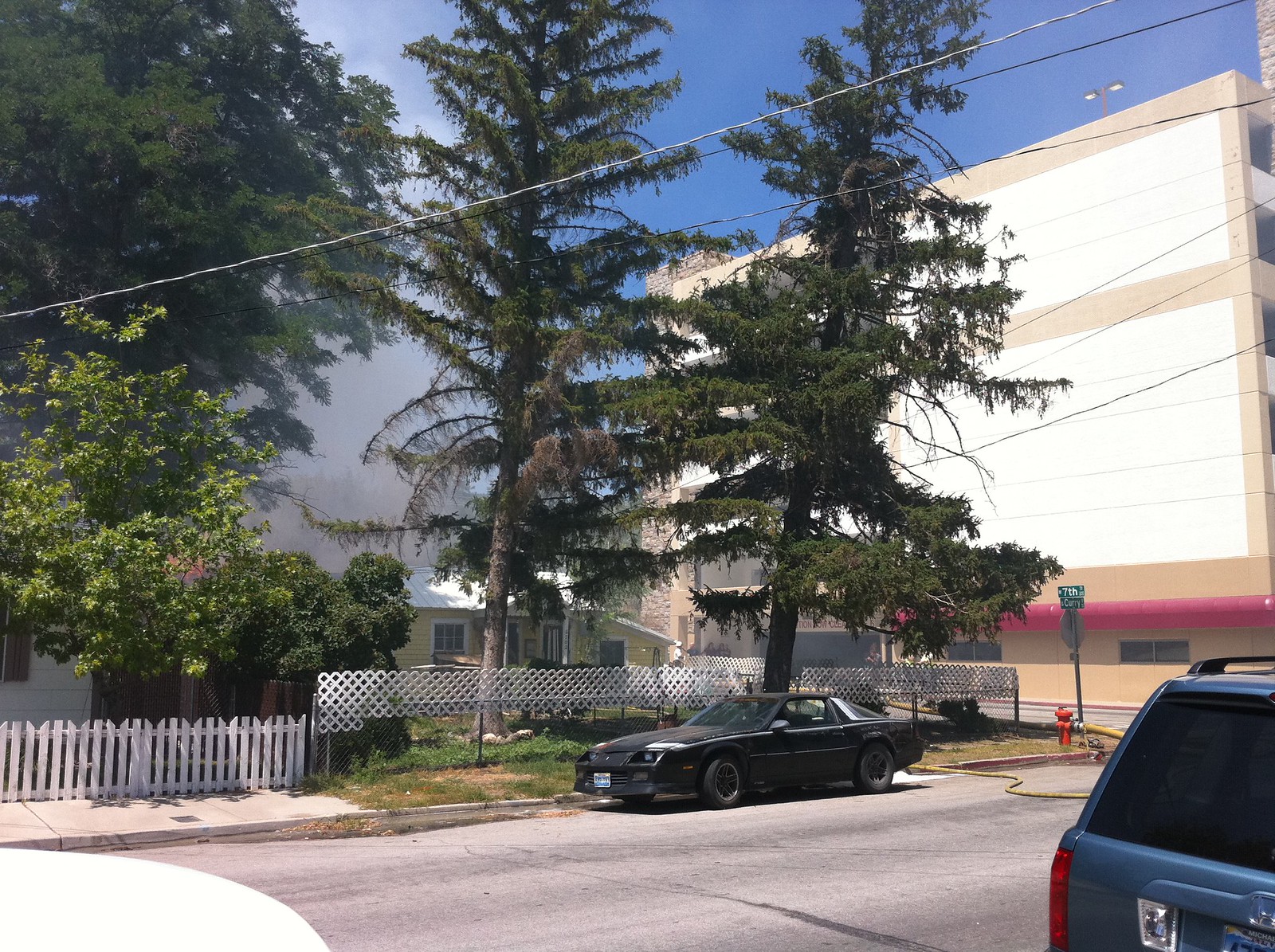 Earlier this week, I was cruising through town when I saw smoke rising in the distance. Suddenly I noticed it wasn’t as far away as I thought, it was actually coming from right in the middle of town. I took a detour and found a house fully engulfed in flames. The little yellow house at the corner of 7th and Curry, right across the street from the Ormsby House. The flames were in the backyard, and pretty well chewed through the barn and trailer they had back there, as well as the rear of the house. 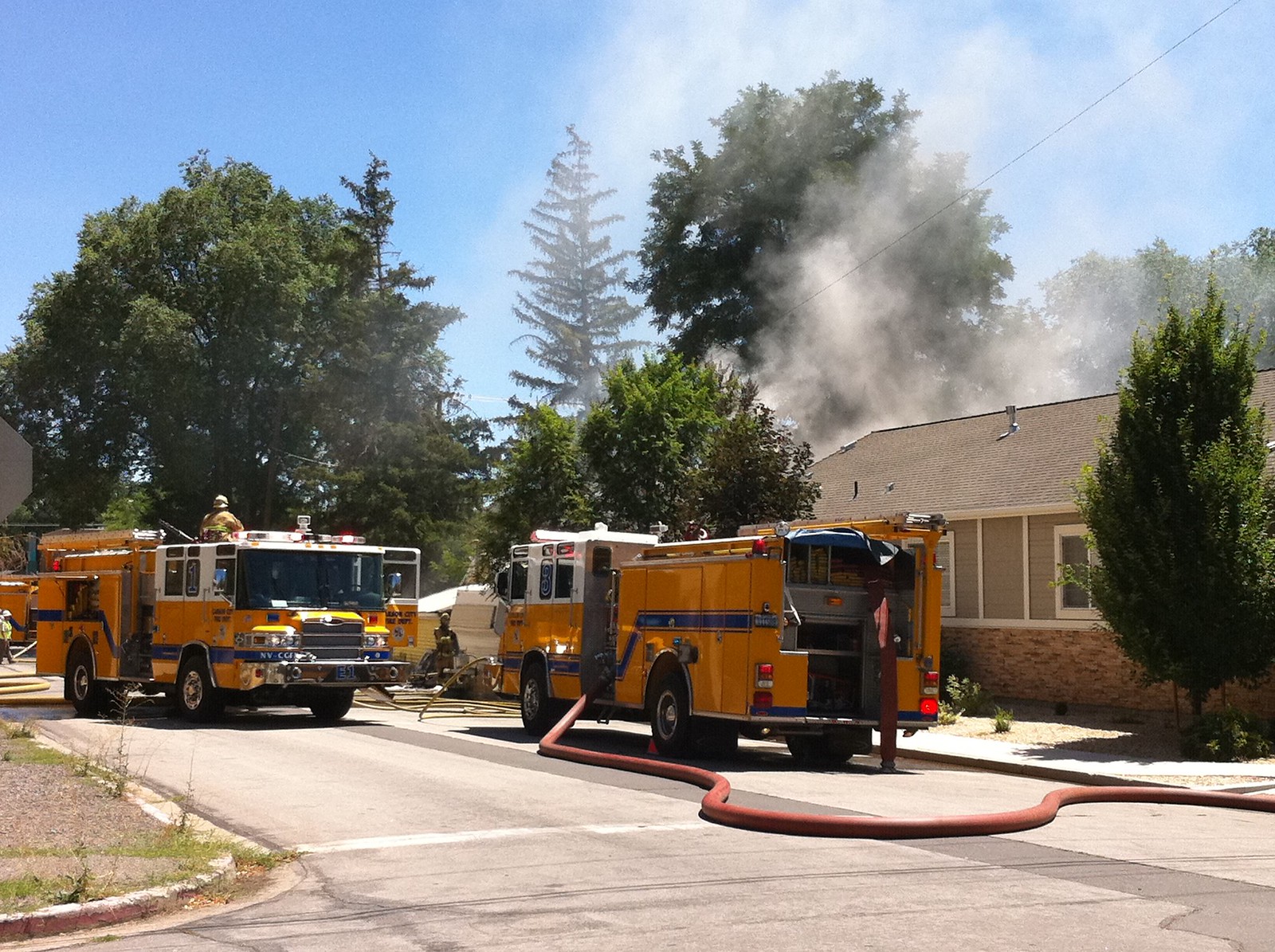 Fire crews were already on the scene when I got there, and had things pretty well under control. The flames turned to smoke, and then were completely out. What was left was a charred mess, but luckily everyone got out okay, including the two residents of the house and the dog that was trapped in the trailer. 6-year-old Thor was stuck in the trailer as it burned around him, but the firefighters knocked down the flames and found him hiding inside. 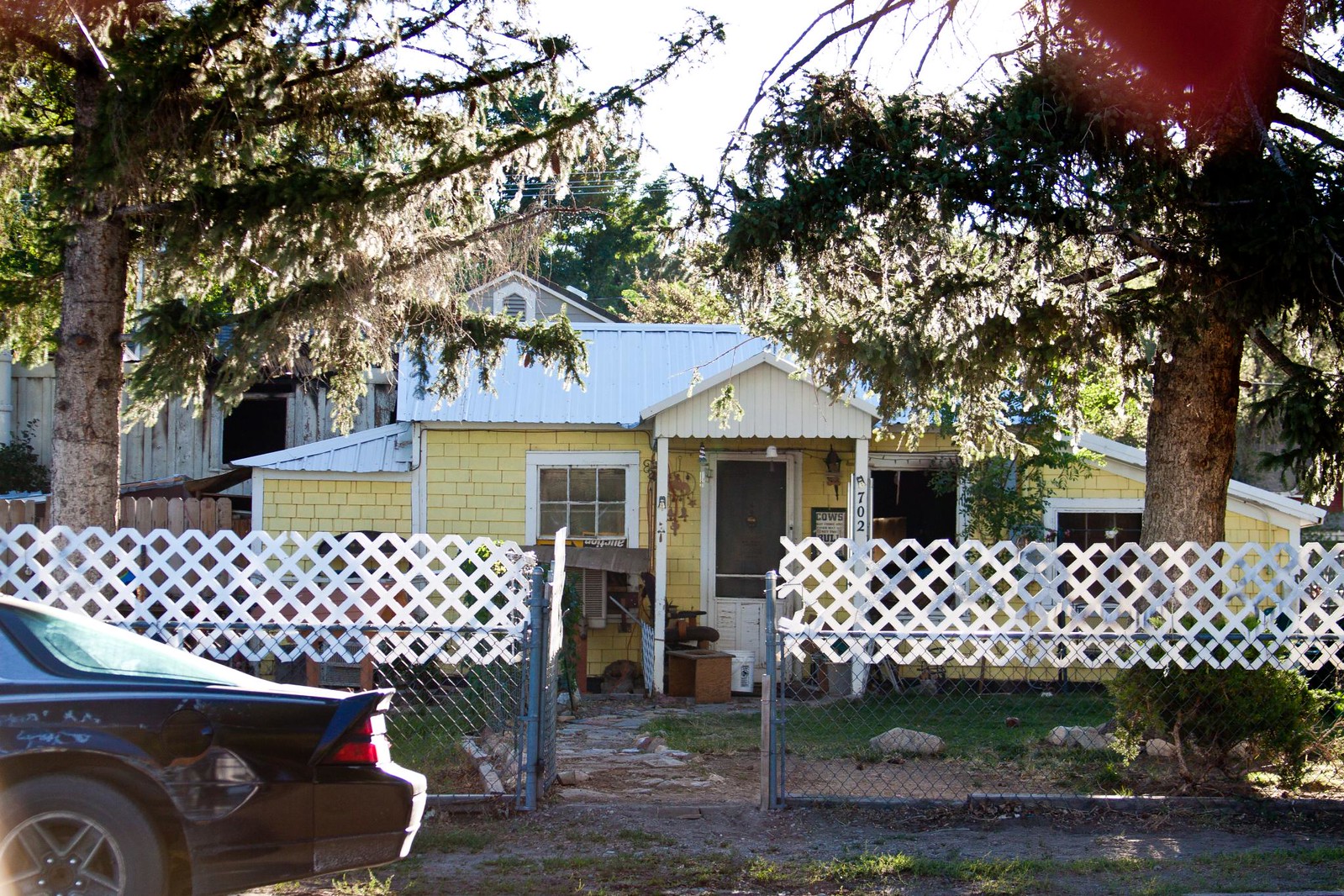 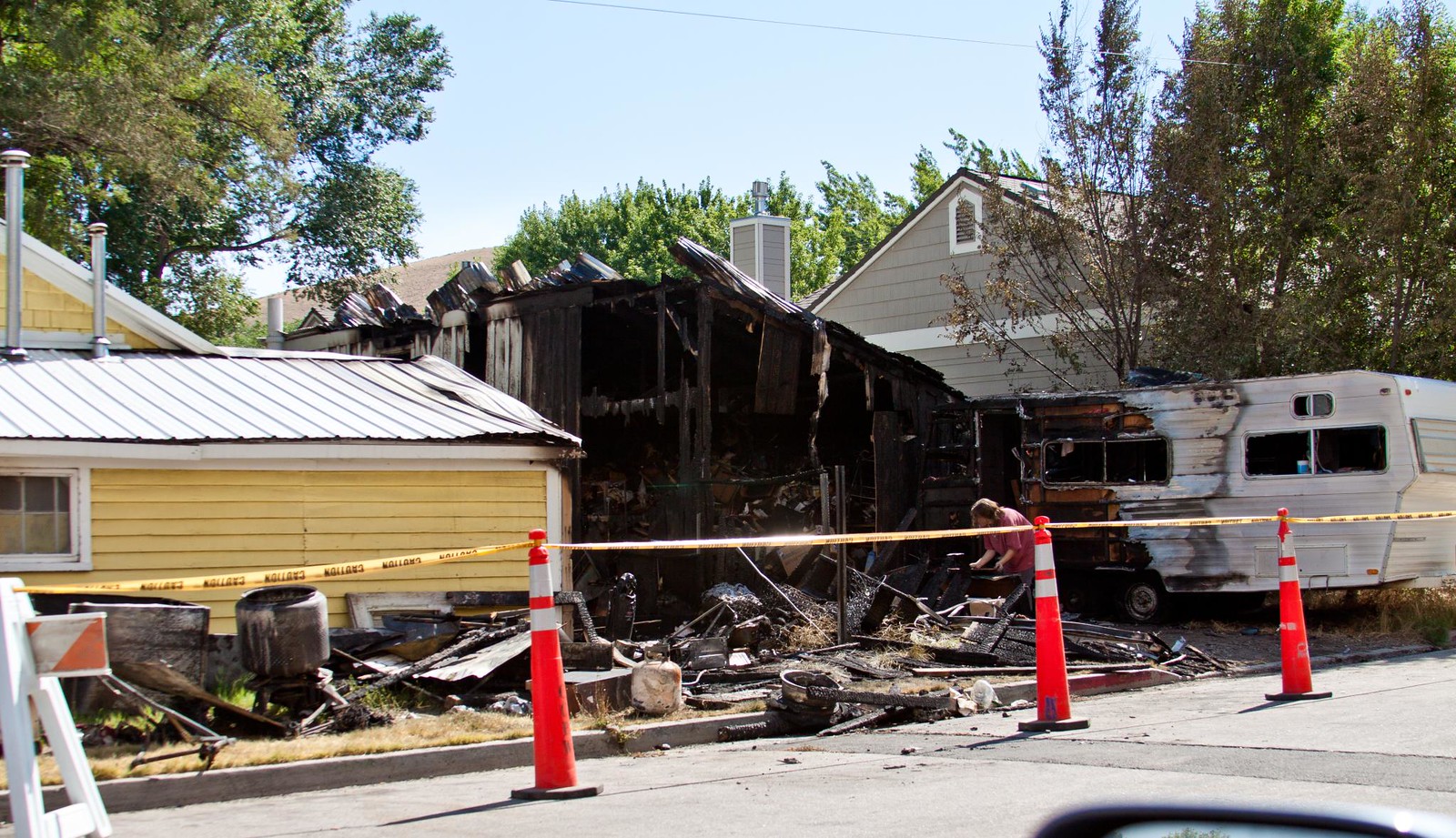 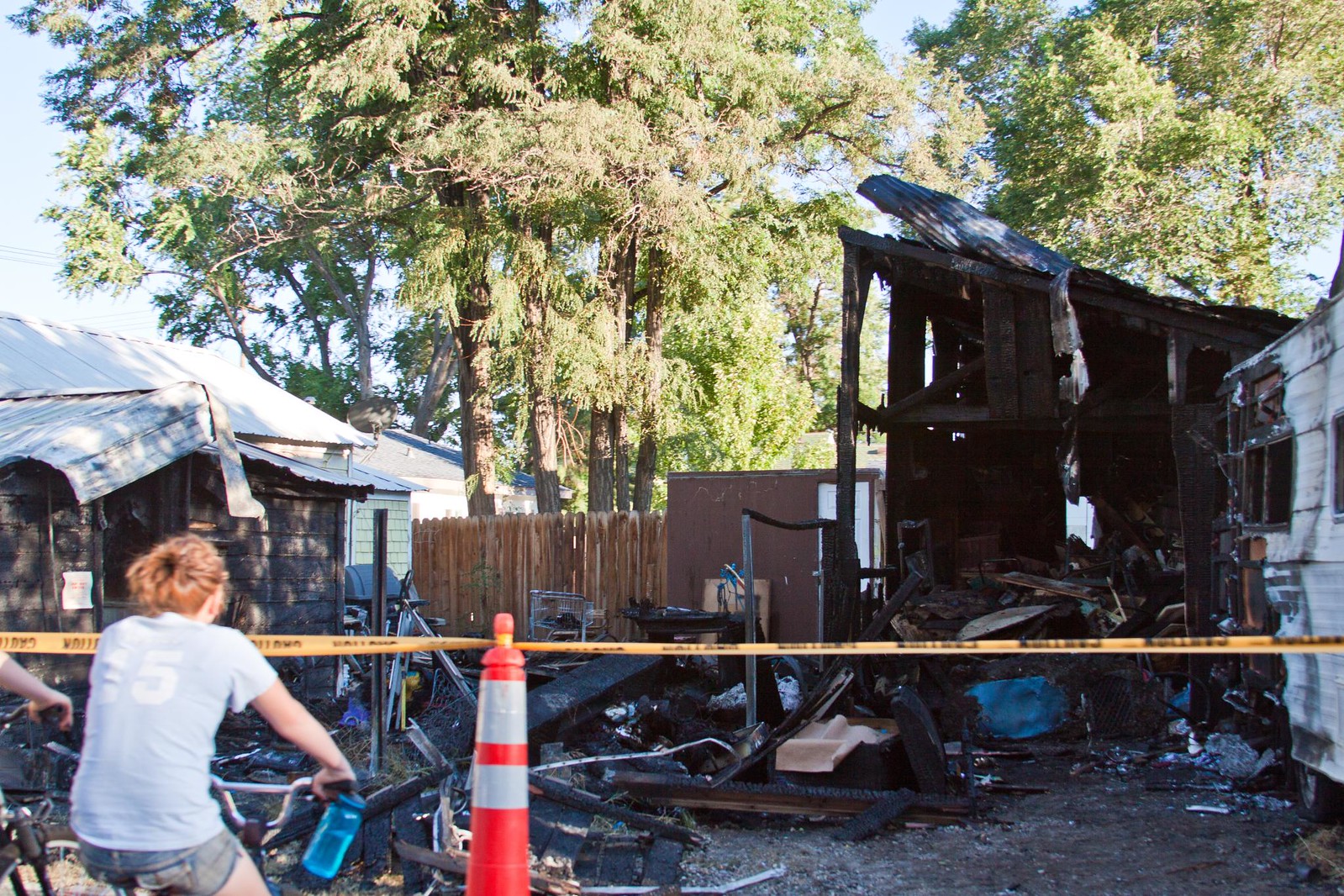 The Camels of Curry Street