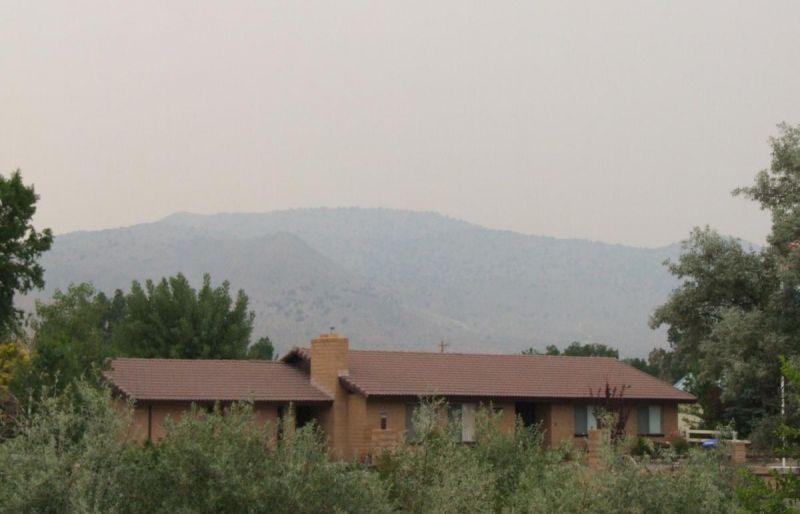 I got out of town a couple of hours ago, but it sounds like the little tiny curl of smoke I saw rising from the hills north of Carson City has erupted into a full-blown raging wildfire. Three separate wildfires, as a matter of fact, all converging on the Hwy 50 area where it climbs the hill to Mound House. The Nevada Appeal is reporting 750 acres burned, flames at Centennial Park and Deer Run Road, and voluntary evacuations in Mound House. I know that here in the Carson Valley the entire sky to the northeast is one big orange mess of smoke and ash. Things are getting thick enough that the mountains are starting to disappear.

It looks like Carson has its first big fire of the season. There are also a number of other fires burning around the Reno and Stagecoach area, all caused by this dry lightning storm we had come through today. Let’s hope they’re able to get this big fire, as well as the smaller ones, stopped before they do too much damage.

Anyone in Carson or Mound House have any better eyewitness accounts? Use the blue “publish” buttons on the left to tell and show us what you see.