Last year a new retail building was built on South Carson to house Sportsman’s Warehouse. The building was right next door to the Burlington Coat Factory, and actually stood on the footprint of the south half of the old Wal-Mart building, which had been demolished. But as soon as the scaffolding came down on the new building, it was announced that Sportsman’s Warehouse was declaring bankruptcy, and would not be opening in Carson City after all. So this brand-new building has been sitting empty ever since, never holding a tenant. 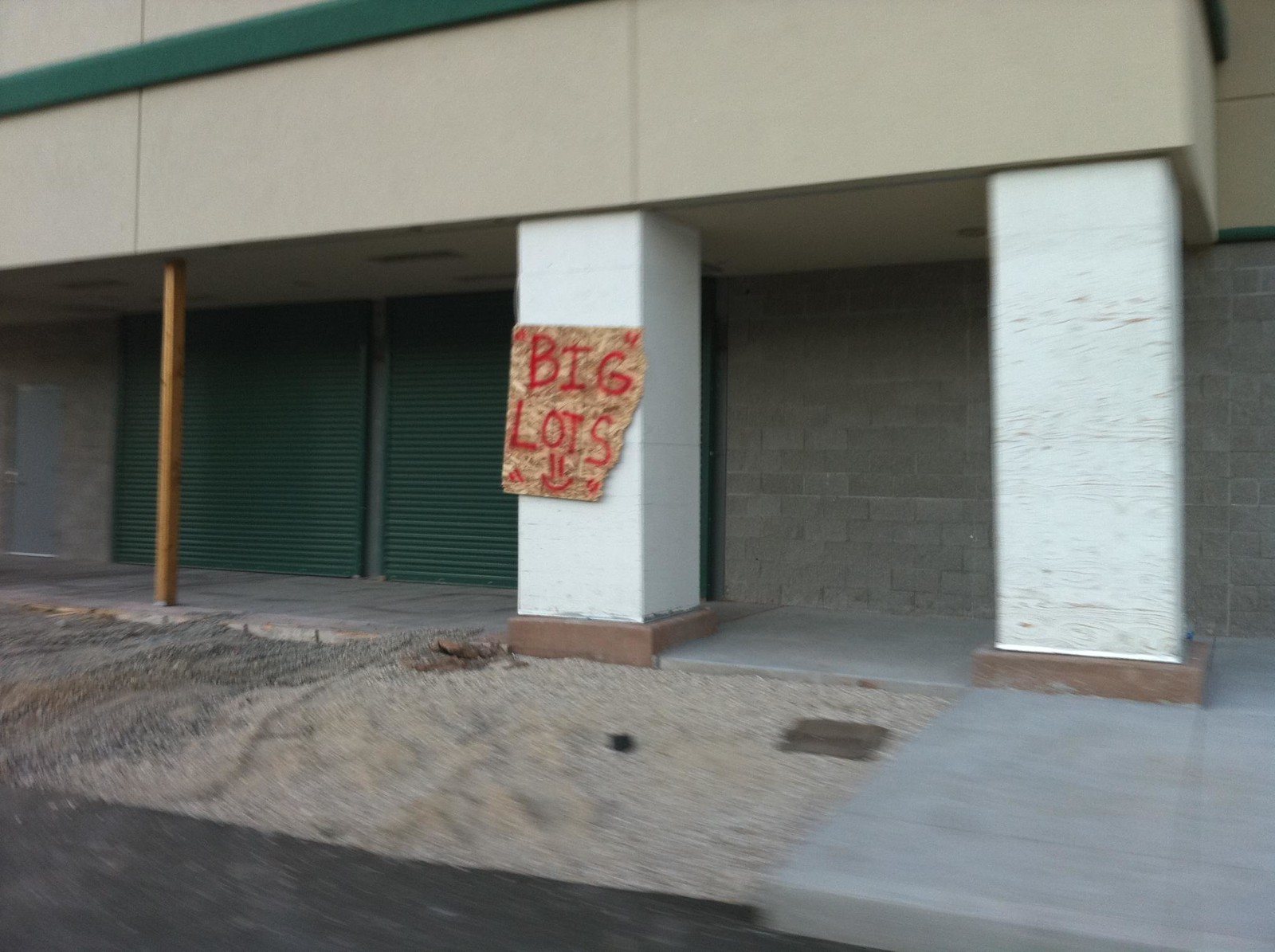 But now it sounds like it will be getting a tenant. I saw this sign on the building last night saying that Big Lots was coming to the space, but it didn’t look authentic. It looks like some crude graffiti. It’s real, though, as verified by the Nevada Appeal. Big Lots has taken over the space, and will open in October.

Carson Now points this out as part of a large upswing in activity on the south end of town. There is the new Kohl’s, which is moving into the old Mervyn’s building. Construction on that is coming along very nicely, with the inside being completely transformed. They also mention a possible buyer for the old Carson City Toyota lot, which sits on a prominent corner at Koontz and Carson. There’s also the rumor that a Olive Garden might be coming to the Southgate Center, along with JC Penney and Burlington. All good news for South Carson.