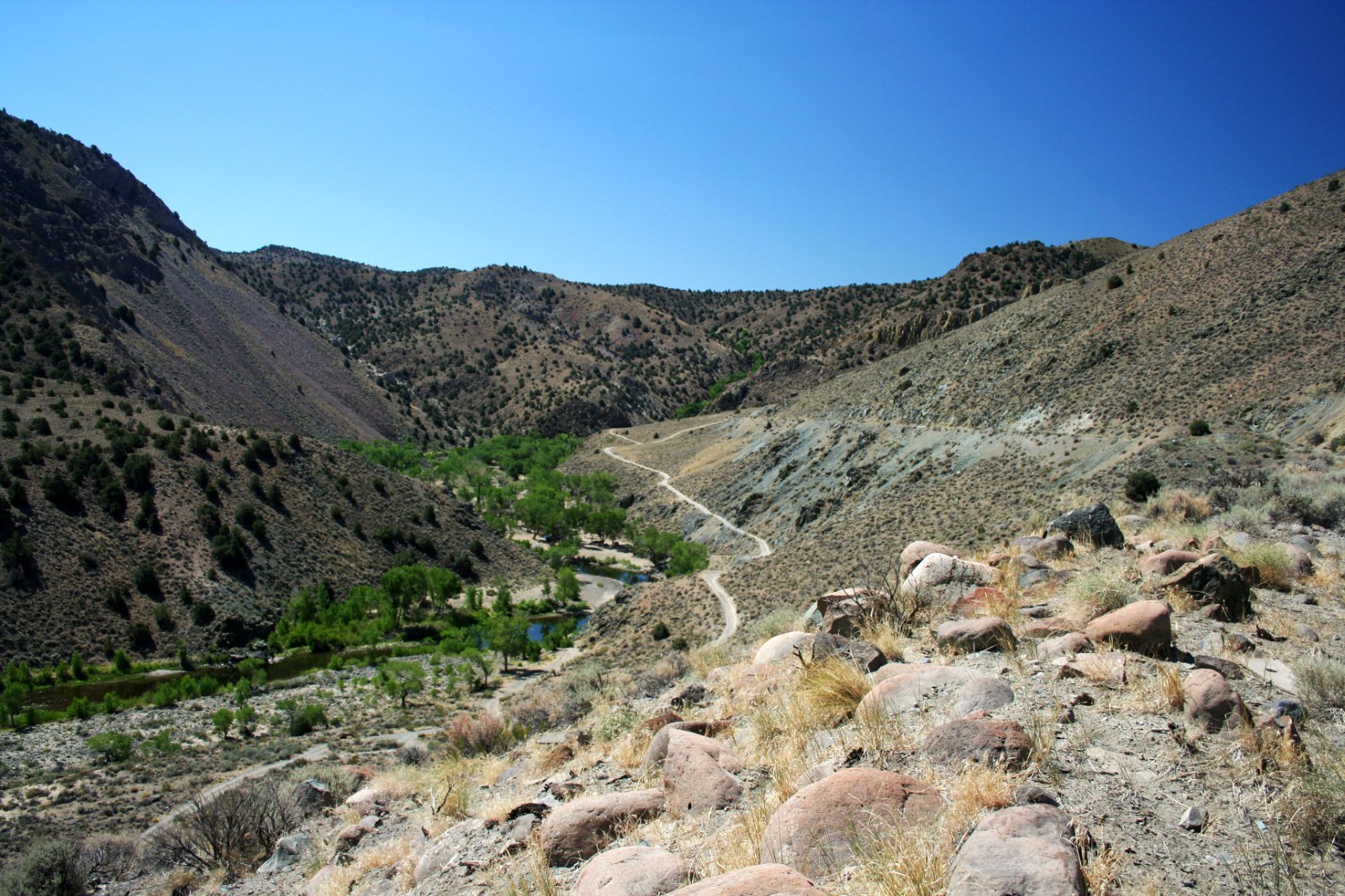 Last week is when the work started on Phase 3 of the V&T Railway reconstruction project. This phase is meant to take the tracks from where they end now, partway down Highland Drive, into the Carson River Canyon a ways. Originally Phase 3 was supposed to take the tracks all the way through the canyon to Carson City, but the V&T Commission doesn’t have enough money to do that right now. So what they’re going to do is take the money they do have, and build as far as they can. I don’t know how far they’re going, but I’m sure they’ll at least get to the point where you can have a view of the river. The route the V&T takes through the canyon was first surveyed and chipped out of the hillside in 1868-69. The rails were there for about 70 years, until 1941 when they were pulled up for scrap. Ever since then, another 70 years, the railroad grade has been used for cars to access the canyon. It’s a rough road, never paved or maintained but still passable by most cars. My 2-wheel drive car had few problems getting in, but you get the feeling that at any point you’d run into a boulder in the road or a washed out section that would take a 4-wheel drive to get past. All that is moot now, since the road has been closed permanently so they can put the rails back. The road will remain open from the west end of the canyon, the Carson City end, but the Mound House end has been blocked off. These pictures were taken the week before construction began, and are the last time you will see the route untouched. In a year or two there will be railroad tracks along here, and the V&T will be able to head down into the canyon. At least for a little ways, until they reach the end of the track and have to turn around. Anyway, this will give you a taste of the views and vistas you will get from the train.